Darrell Green ✭✭
May 13 edited May 28 in Costumes & Cosplay
While stopping for pizza, I had a strange encounter with a clerk who acted as though he had seen a ghost. He called for his manager who also just stared at me. My wife laughed and asked them who they thought I was as this happens more than a few times a year. They said "Oh, obviously not him then" and explained they thought I played Kyle from Last Man Standing. A week later, I was in line at the pharmacy and it happened again and I asked "Who did you think I was?" and the clerk said Kyle from last man standing. So, I knew I could pull off the costume if I ever found out who this Kyle person was. I watched one episode, picked my scenes and started work. I first dug out some pants I already had and began to plan my facial hair and scheduled to have my brown hair bleached. 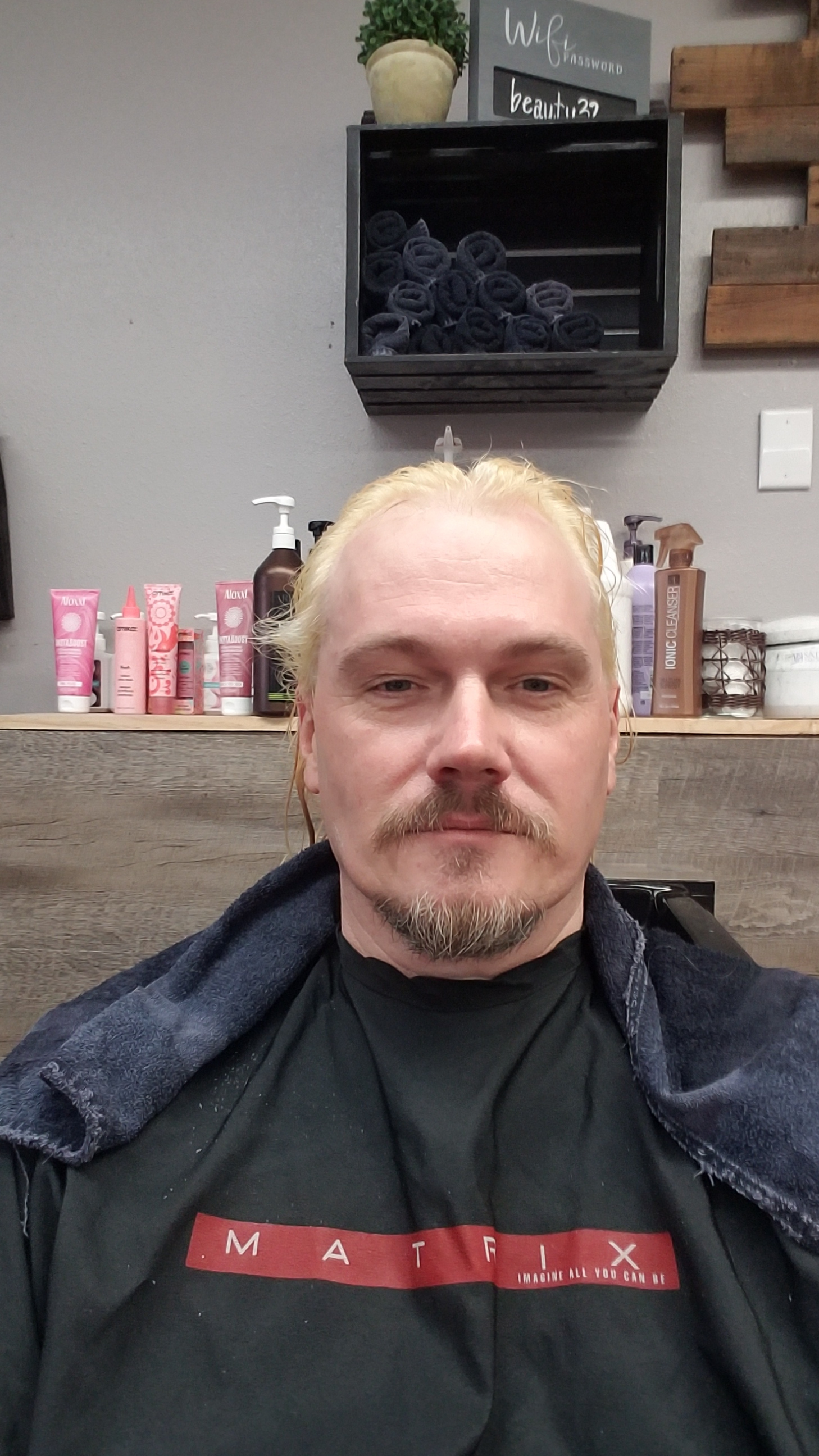 After getting all color stripped, I gradually recolored to screen match.