Figured I'd share what I've done so far and see if anyone has done any similar mechanisms in the past (not necessarily for a spider) or else has any suggestions for me, before I start spending money.

I'm prototyping a spider-head puppet, roughly the same size as a human head.  I'm trying to wrap my brain around how to accomplish two articulations:

1) Spread its chelicera (ideally, *pivot* each chelicera, outward to a 45 degree angle or so)
2) Extend / withdraw its fangs like a jackknife (ideally synchronized and spring-loaded for smooth performance)

I expect the puppeteer's hand will need to go inside the head or else behind the head. But it could also be operated via brake cables, etc. 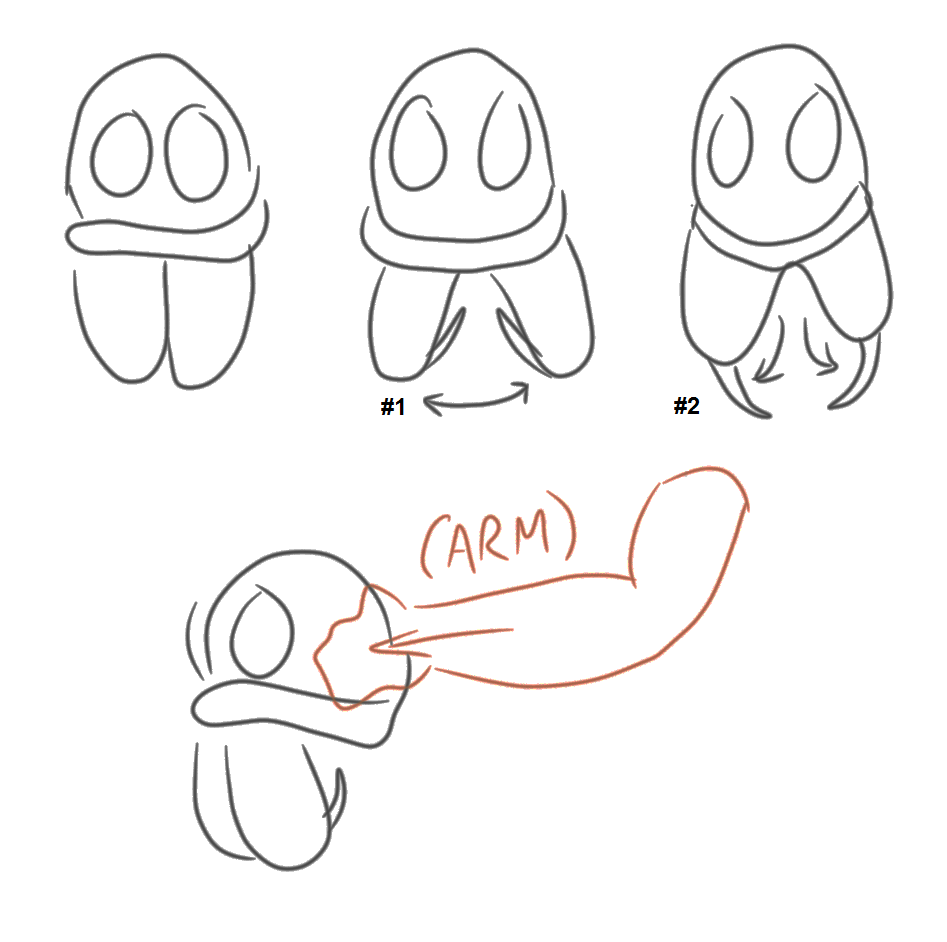 Here's a pic of my second iteration of the fang extension mechanism. I just cobbled it together with some cardboard, tubing, pens etc. 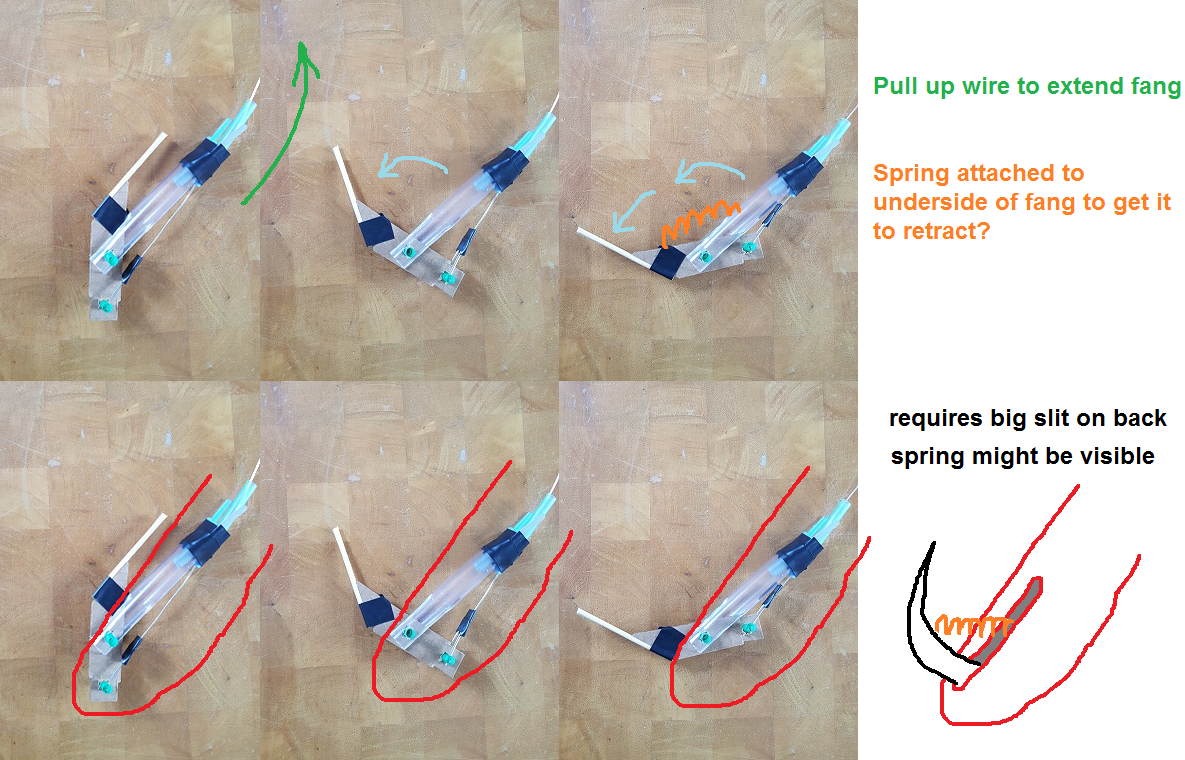 It's a start, but it isn't great. I'm sure a better, simpler design approach is out there somewhere.  Like, for example, the swivel of the fangs could occur without a big, visible spring attached to the back of the fang itself--and there's gotta be a way to do this where there's only a small hole in the chelicera, where the base of the fang attaches, rather than a huge slit that unnaturally accommodates half of the fang.

As for the chelicera-spreader (are you as grossed out as I am by that term?), I had an idea involving one of those "grabber" poles: 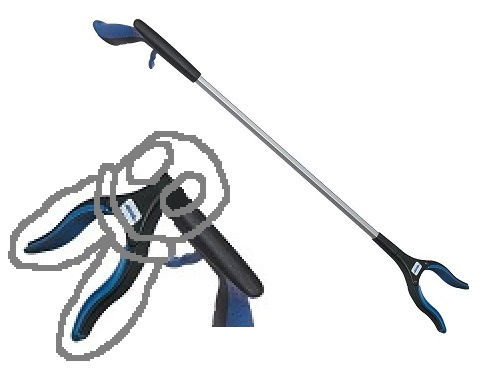 I thought about breaking down the pole to try and orient the pincers at a perpendicular angle to the handle. It'd require a new style of mechanism to link the pincers to the trigger--the existing wire wouldn't work. Before I go breaking anything, figured I'd see if anyone could recommend another approach.

I'm super excited to share progress on this fella. If anyone has any suggestions, I'd love to to hear from you!