Darrell Green ✭✭✭
August 30 in Costumes & Cosplay
Will Turner, Pirates of the Caribbean 5, wears a bandana in the reunion scene at the end of the movie. I am in process of the Will Turner cosplay build and would like to share my progress on the bandana.

Test cuts, of bed sheets, show a working size of 11 by 60 inch with edges folded to a total coverage of under 8 inches on the head. His bandana is always open scalp, covering or holding his hair off his face.

The color screen matches (on average) to Pantone 5777 uncoated. Due to tremendous changes in digital color grading between scenes it is sometimes olive and sometimes grey. I opted for a mix of both, green and gray.

The diamonds on the scarf are two distinct patterns, one of circles with one bar removed and one of ovals with three bars removed. Below is a high def screen capture: 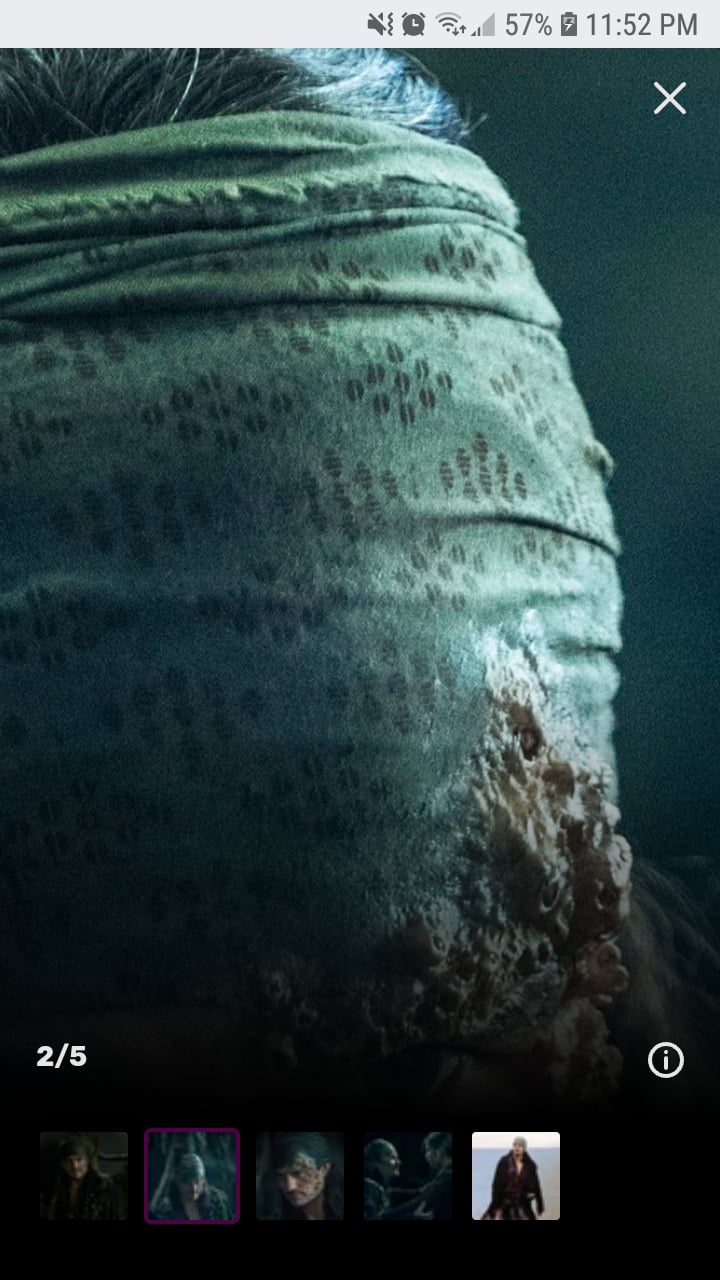 I redrew these in Illustrator and sized the diamonds to create a print and a stamp. My first print proved unusable due to the plastic transfer material. I did not have the option of print direct to the bandana, which would require a flatbed printer. The output was shiny and stiff... 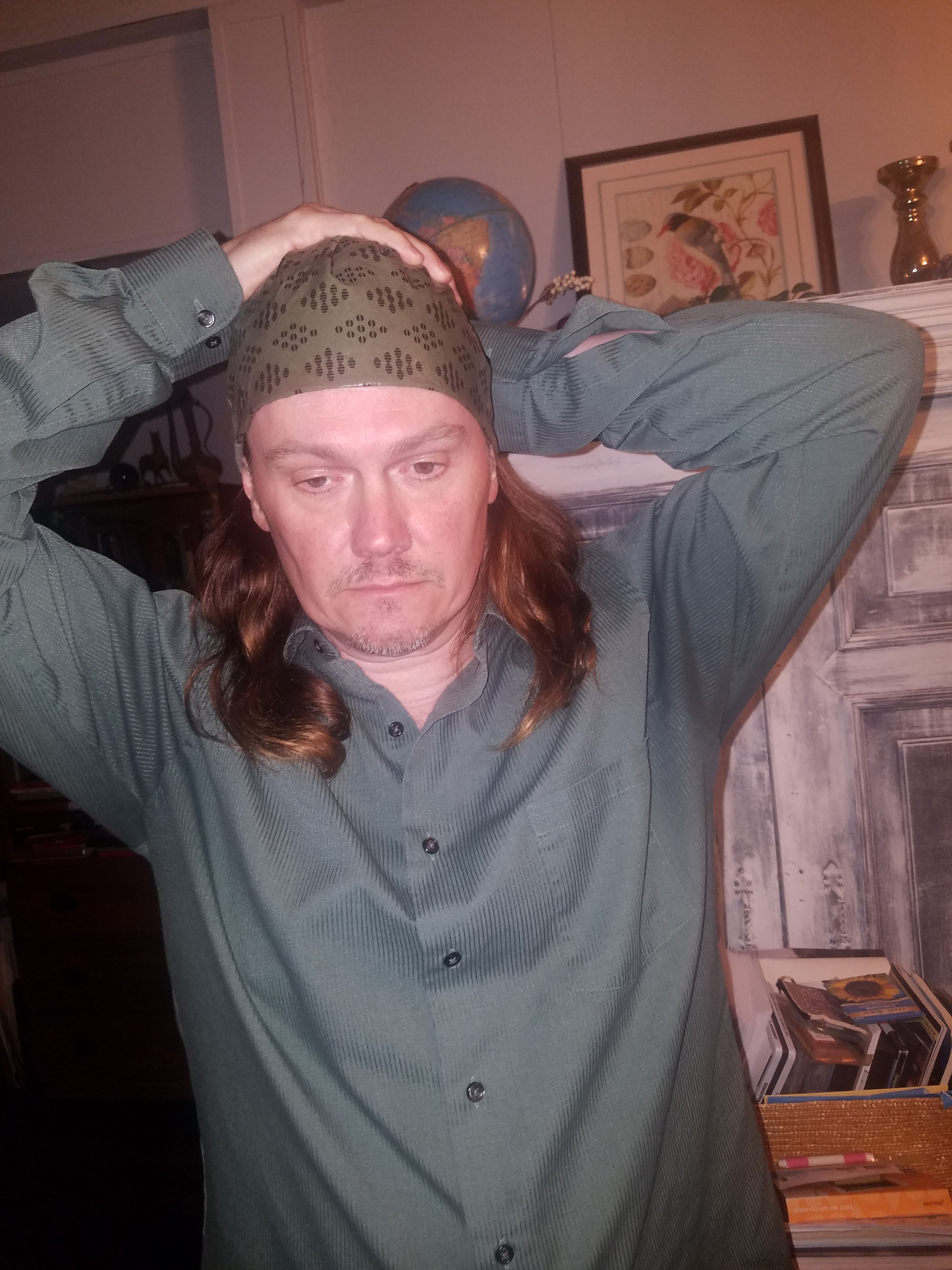 I then print a cut template and attempted to cut a rubber stamp. It was far too small a pattern to get the detail in and was not up to the task... 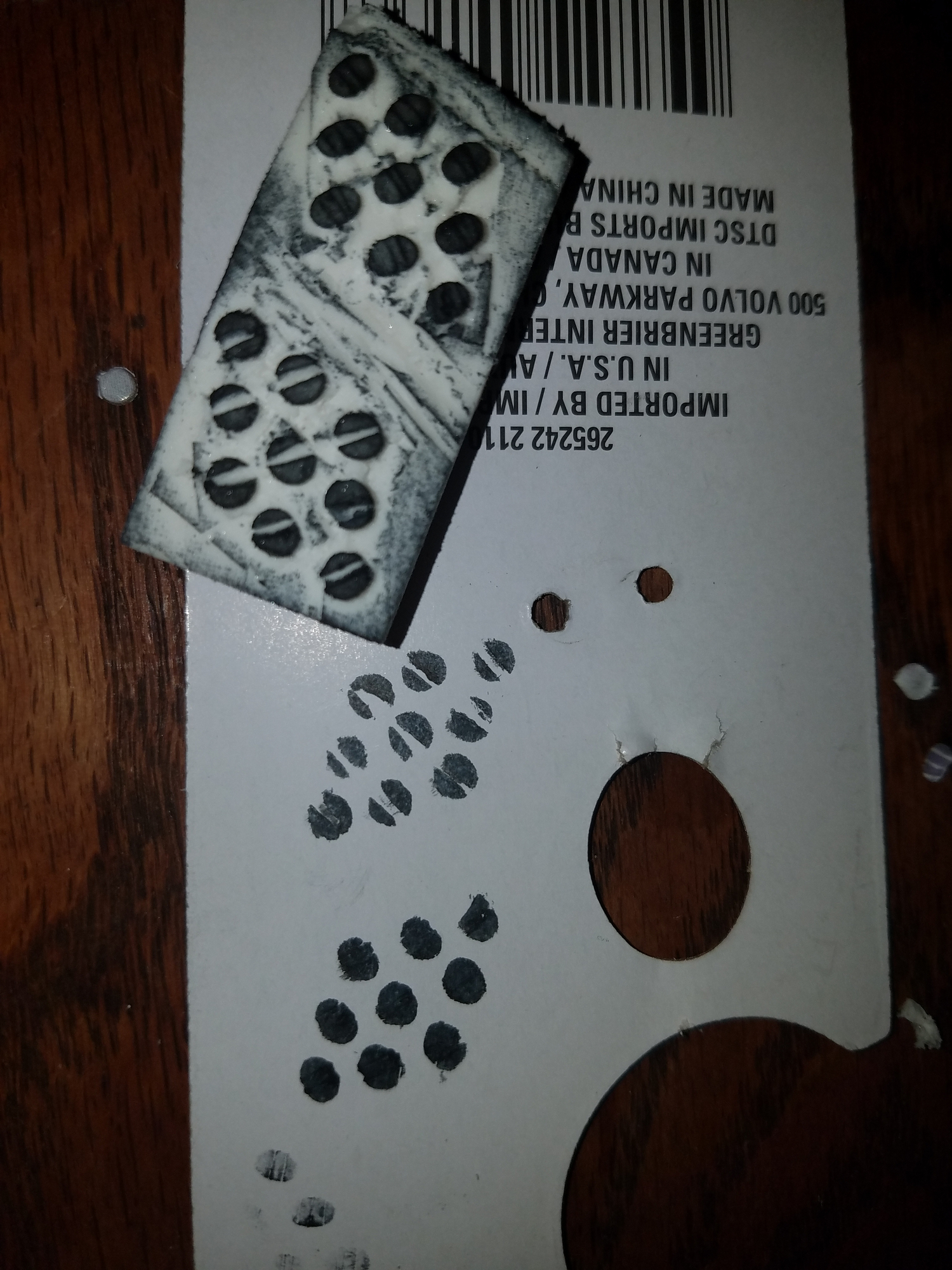 Then I had a self inking stamp made at our local shipping store and figured out my jump distances while testing on scrap paper. After figuring out the offsets, I stamped 416 impressions at 2 diamonds each, with 9 dots per diamond. 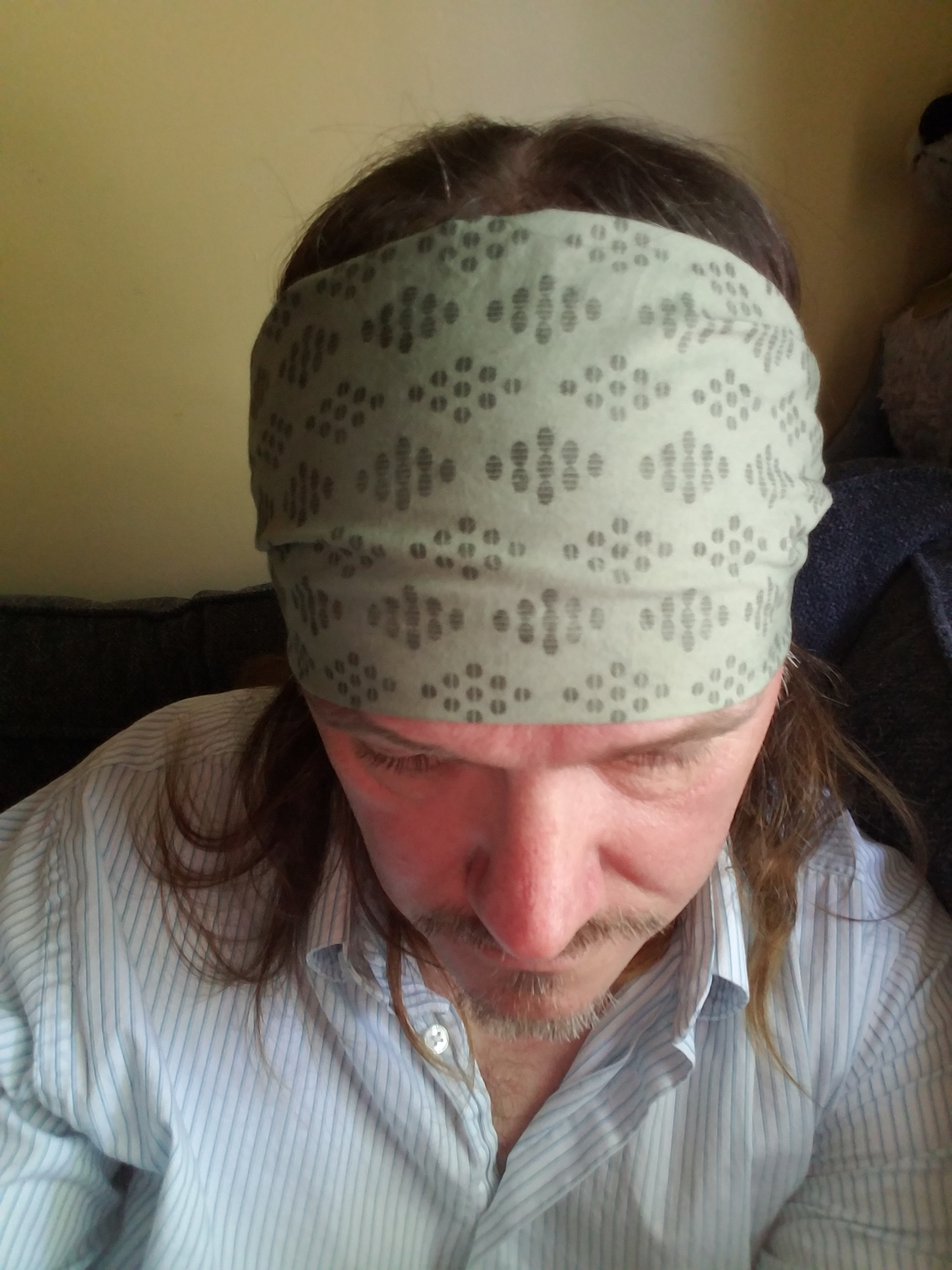 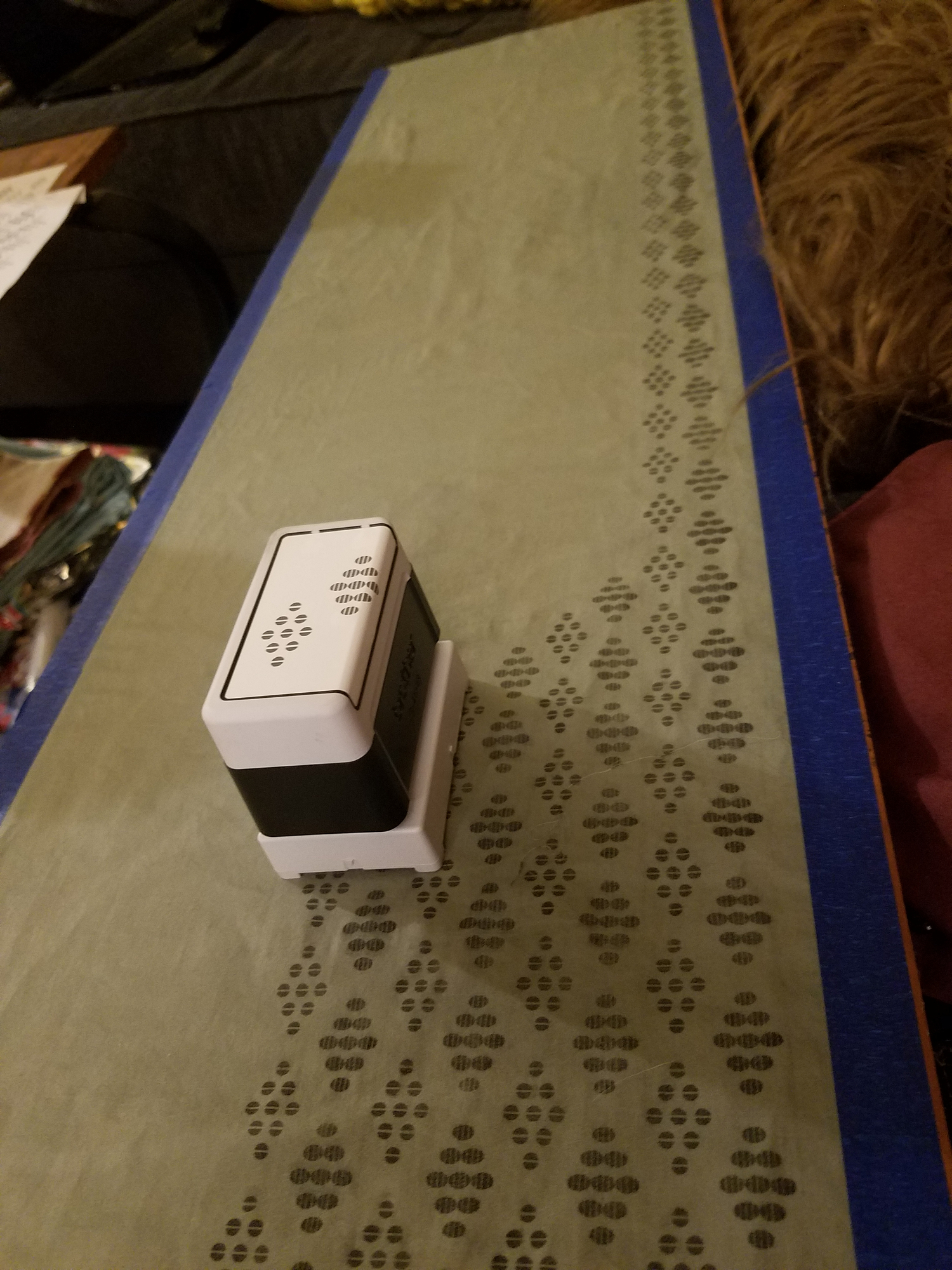 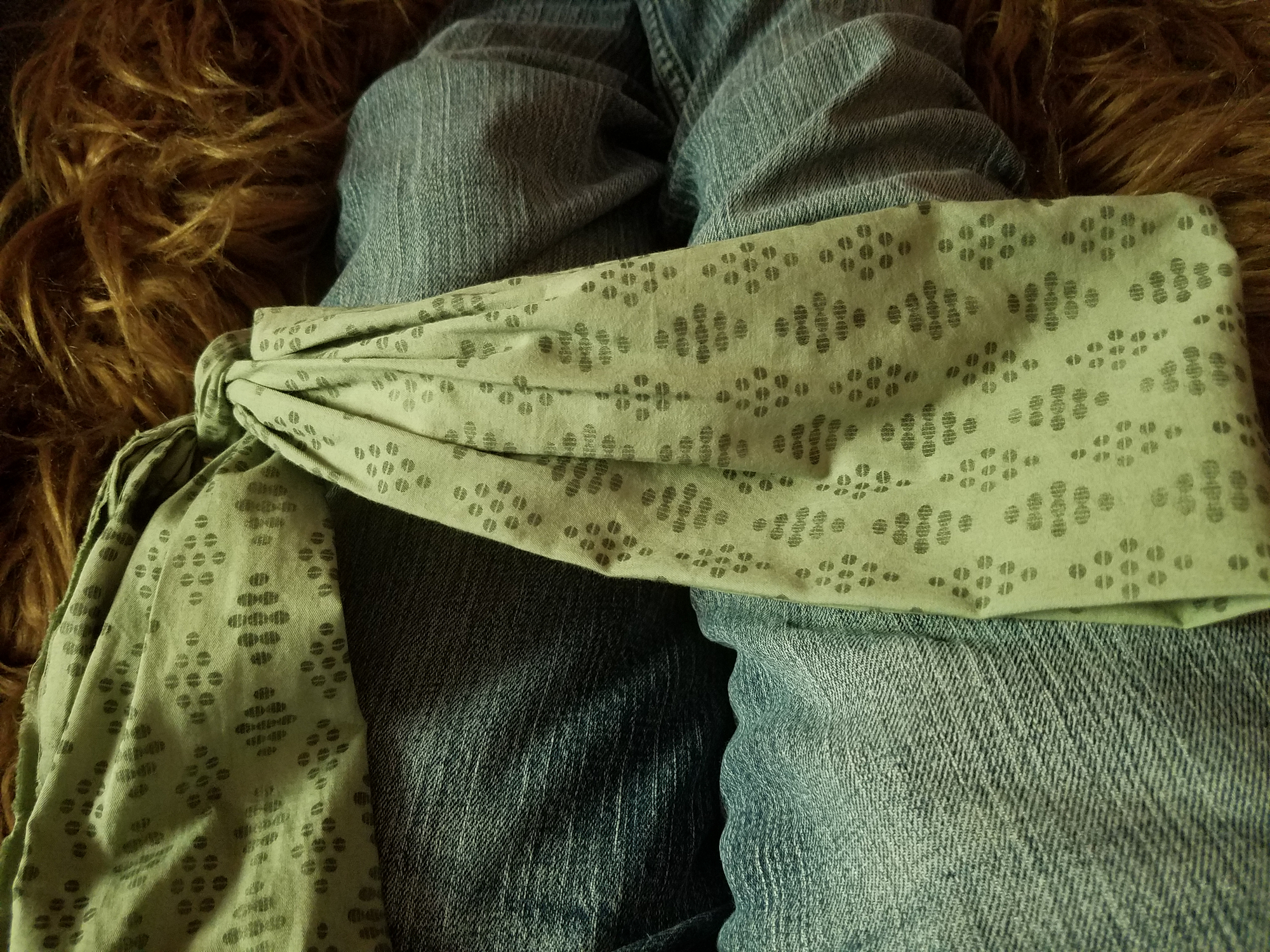 Even my own camera changes the color between shots.
2