WillKnoll Knoll ✭
November 2019 in 2019 Halloween Costume Contest
Along with working on my son's costume, I put together my own this year. I did Twisty the Clown several years back and when I saw John Carroll Lynch was doing a new character this year, I knew I had to do that one as well. His overall costume was more pulling together pieces than original work, however, there was still plenty to fabricate!

In the flashback scenes, he carries a rather uniquely shaped knife. I used that as a reference to model my own in Fusion 360, printed it and painted it.

His trademark is to collect an ear from his victims. I used a previous head cast to borrow ears from and then sculpted a "cut" base onto them. These were cast in flocked silicone and bloodied up a bit.

One of his primary victims wears distinctive daisy earrings. I couldn't find any of those, so I turned to Fusion 360 again and made my own. These were printed, painted, and attached to real earring backs.

Mr. Jingles also has some distinctive facial hair. I spent a month "making" that, and shaved to match for Halloween.

The name "Mr. Jingles" comes from all of the jingling keys on his over-sized key ring. I couldn't find a matching keyring anywhere so made my own by bending some music wire into the same shape.

Along with the keys, he also has a set of dog tags on his keyring. You never see a shot that shows the text, so I guess at it and had some custom stamped.

Finally, Mr. Jingles is balding with long hair. I looked and looked and looked for a suitable wig but came up empty. Failing that, I watched the SWS course on hair ventilation and made my own. Word to the wise for anyone wanting to do the same, it takes *forever*, but the effect is amazing. After about 5 hours of struggling with the tying technique, I finally caught on. 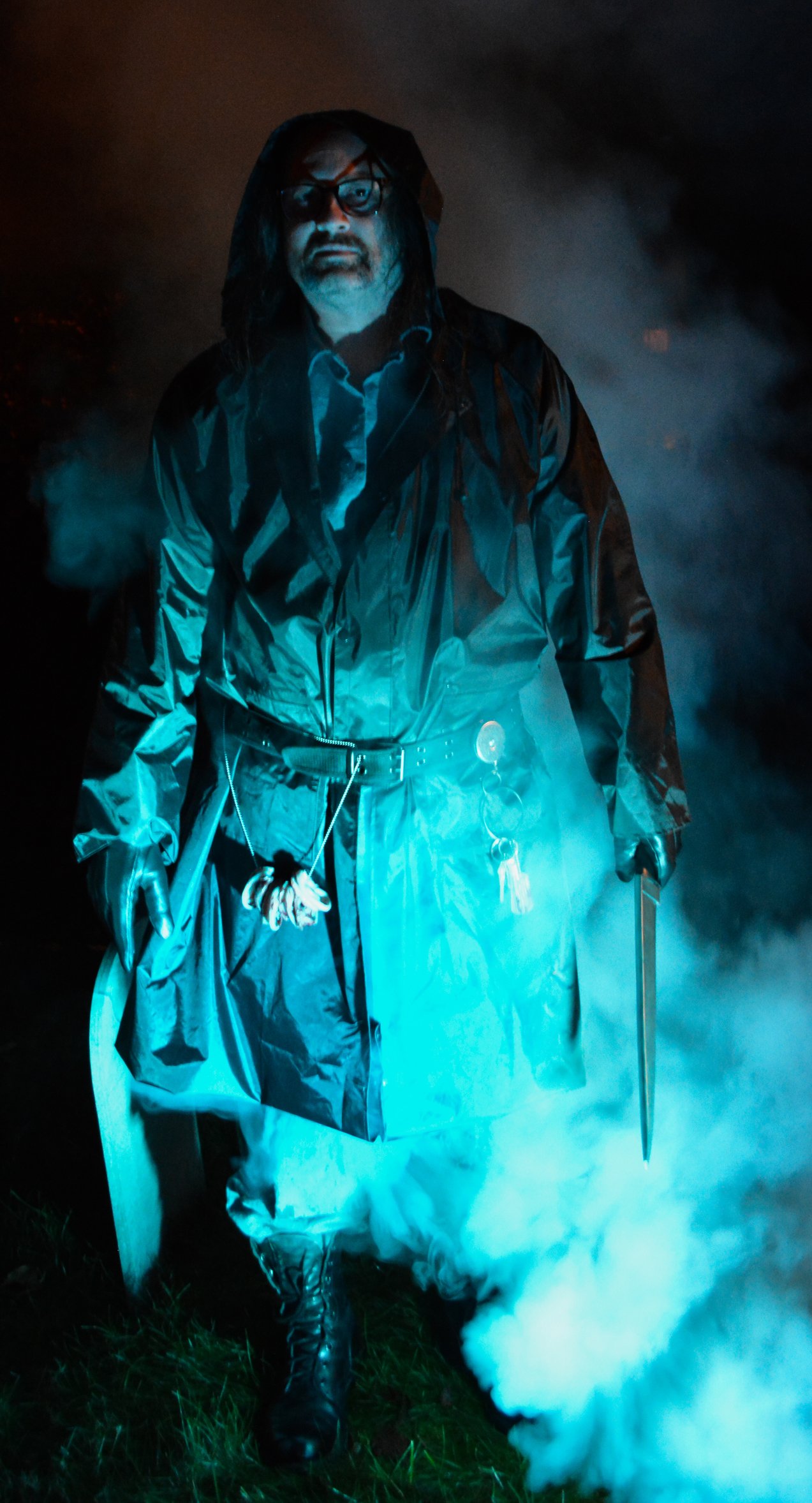 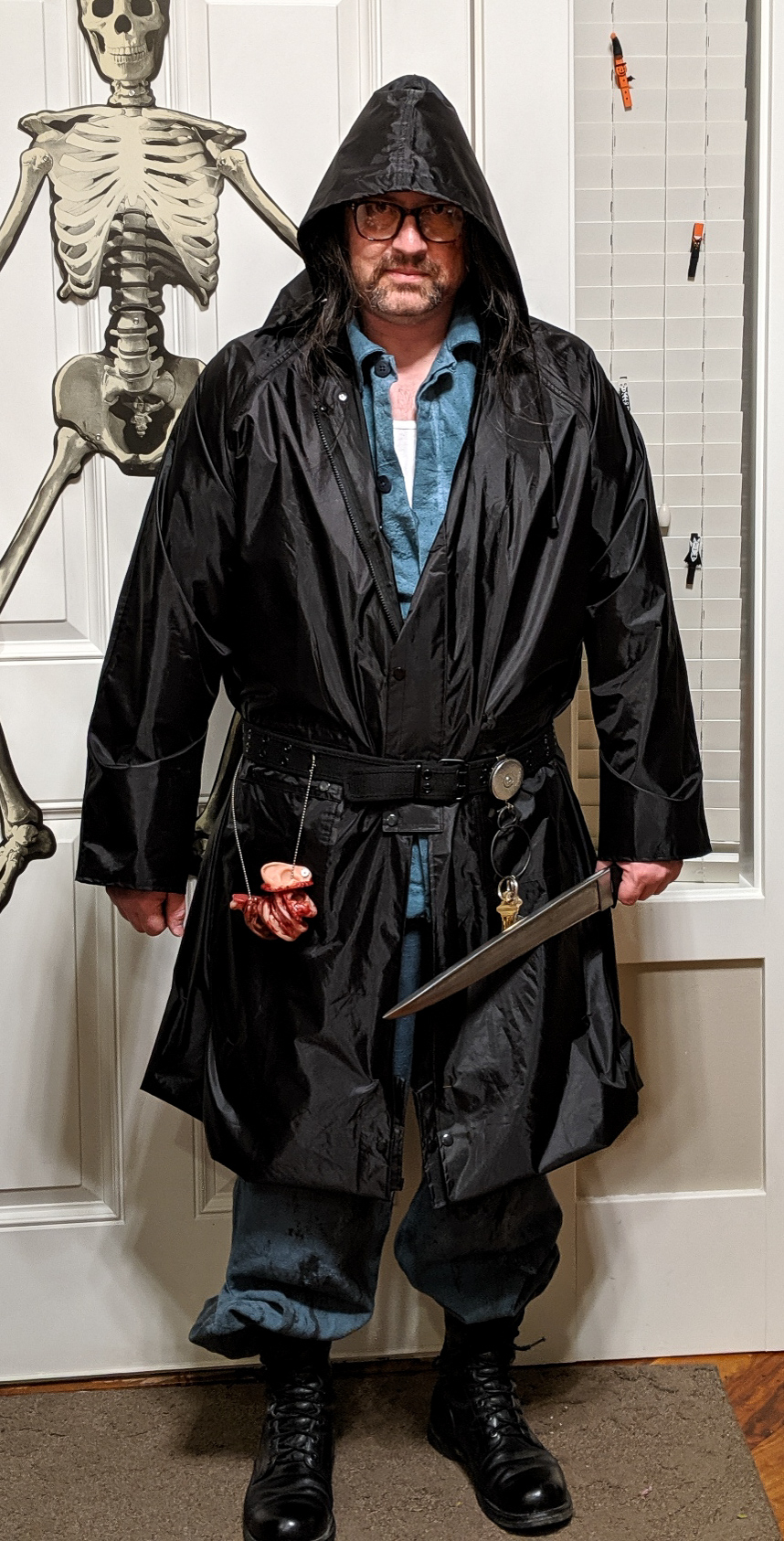 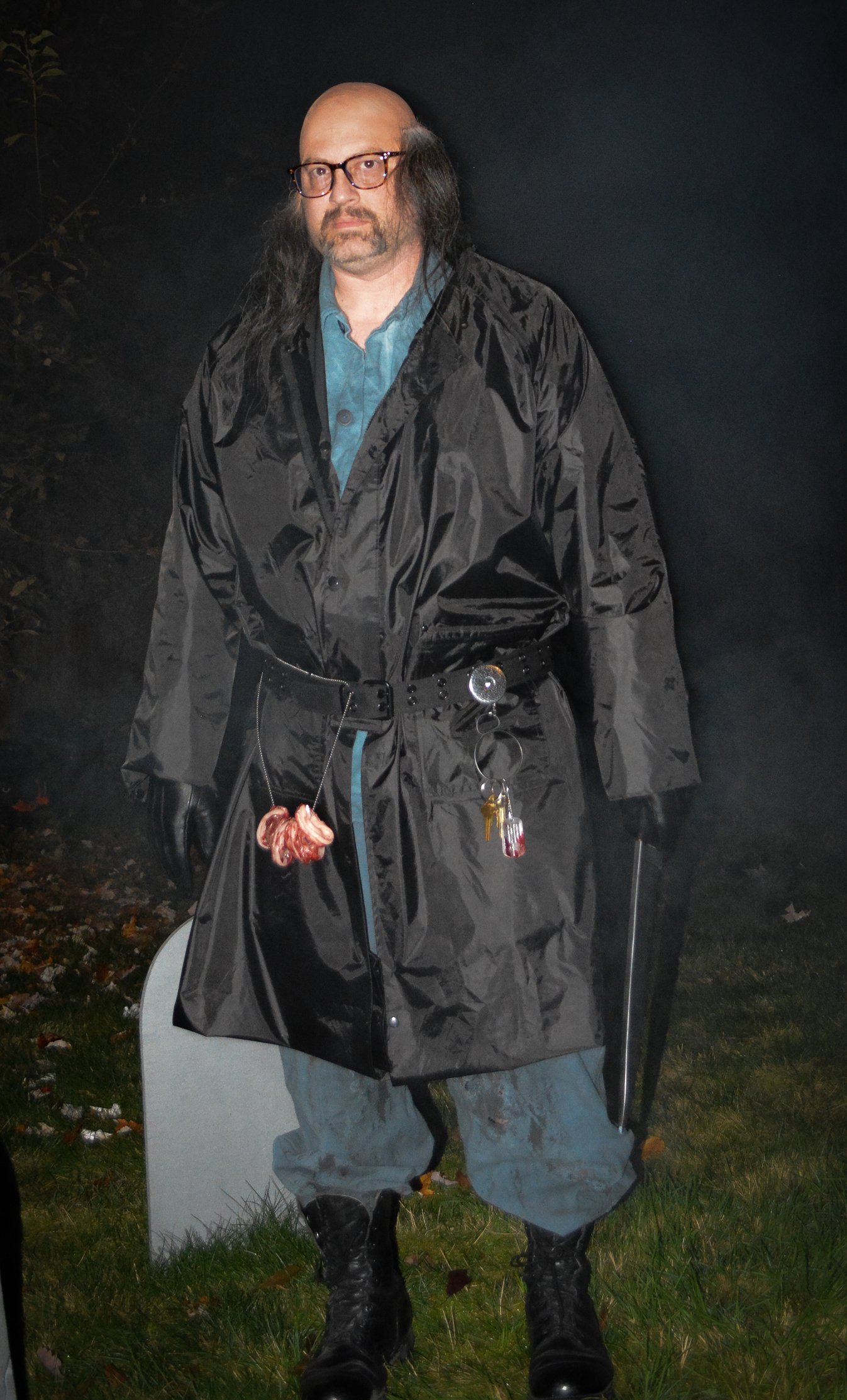 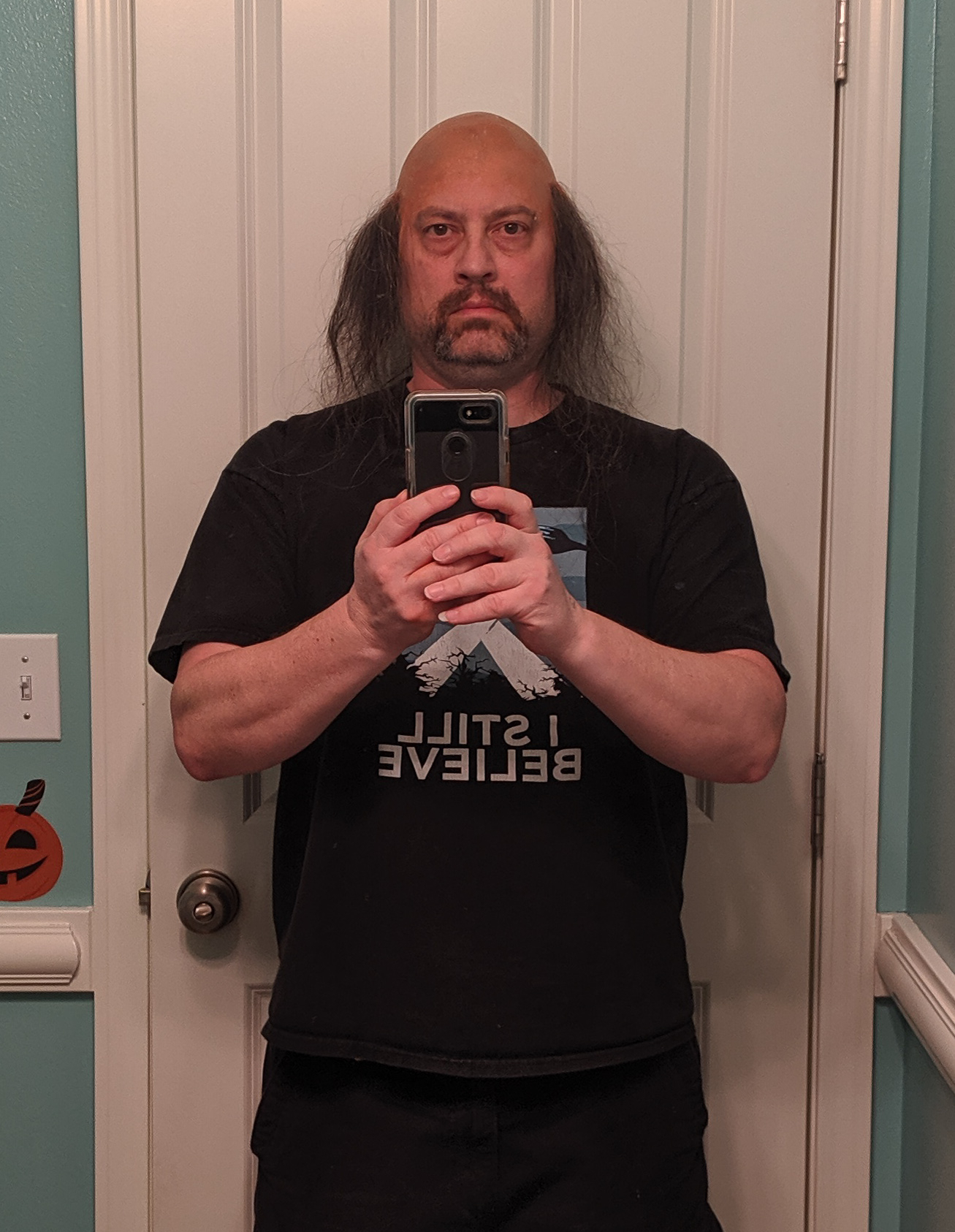 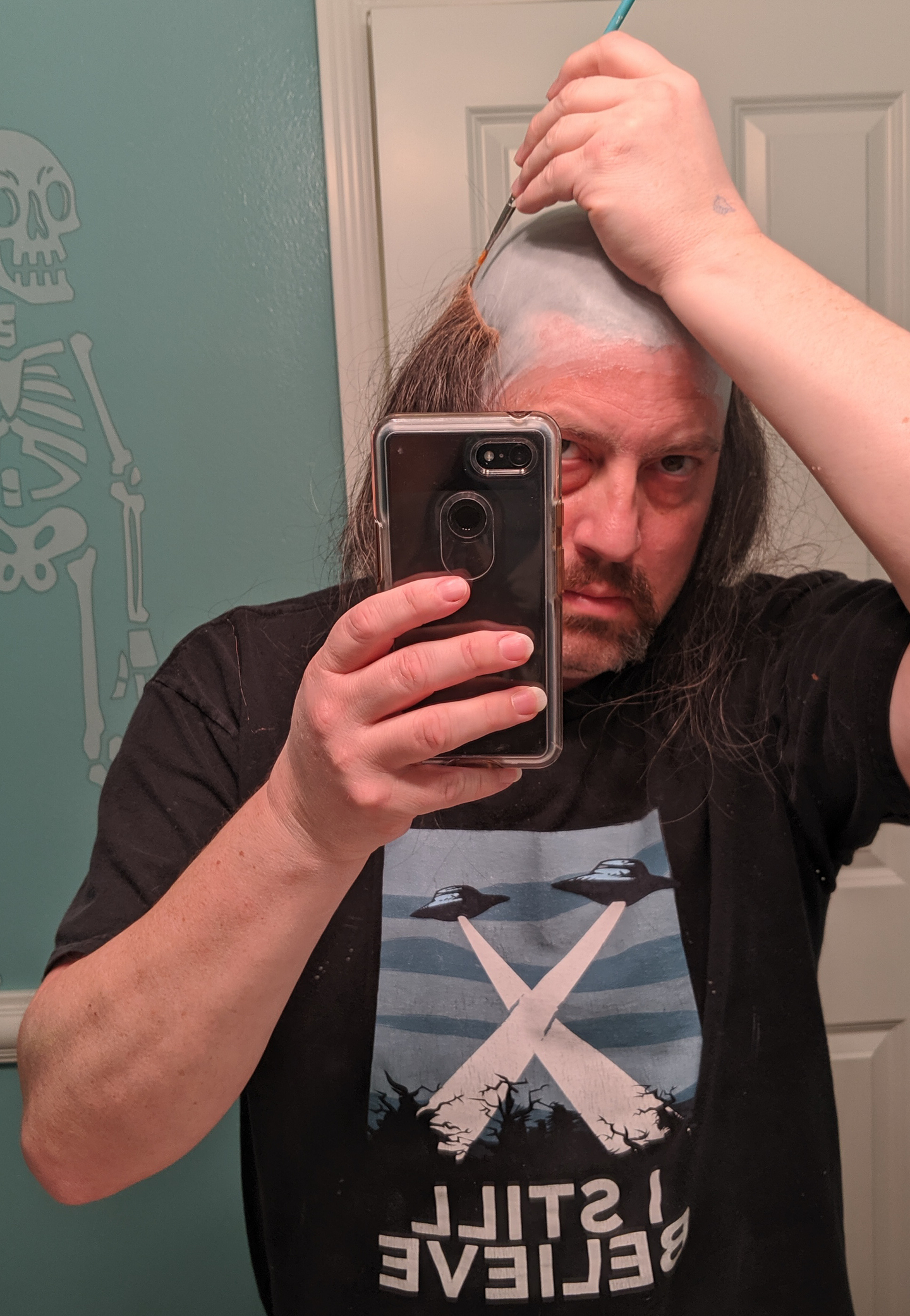 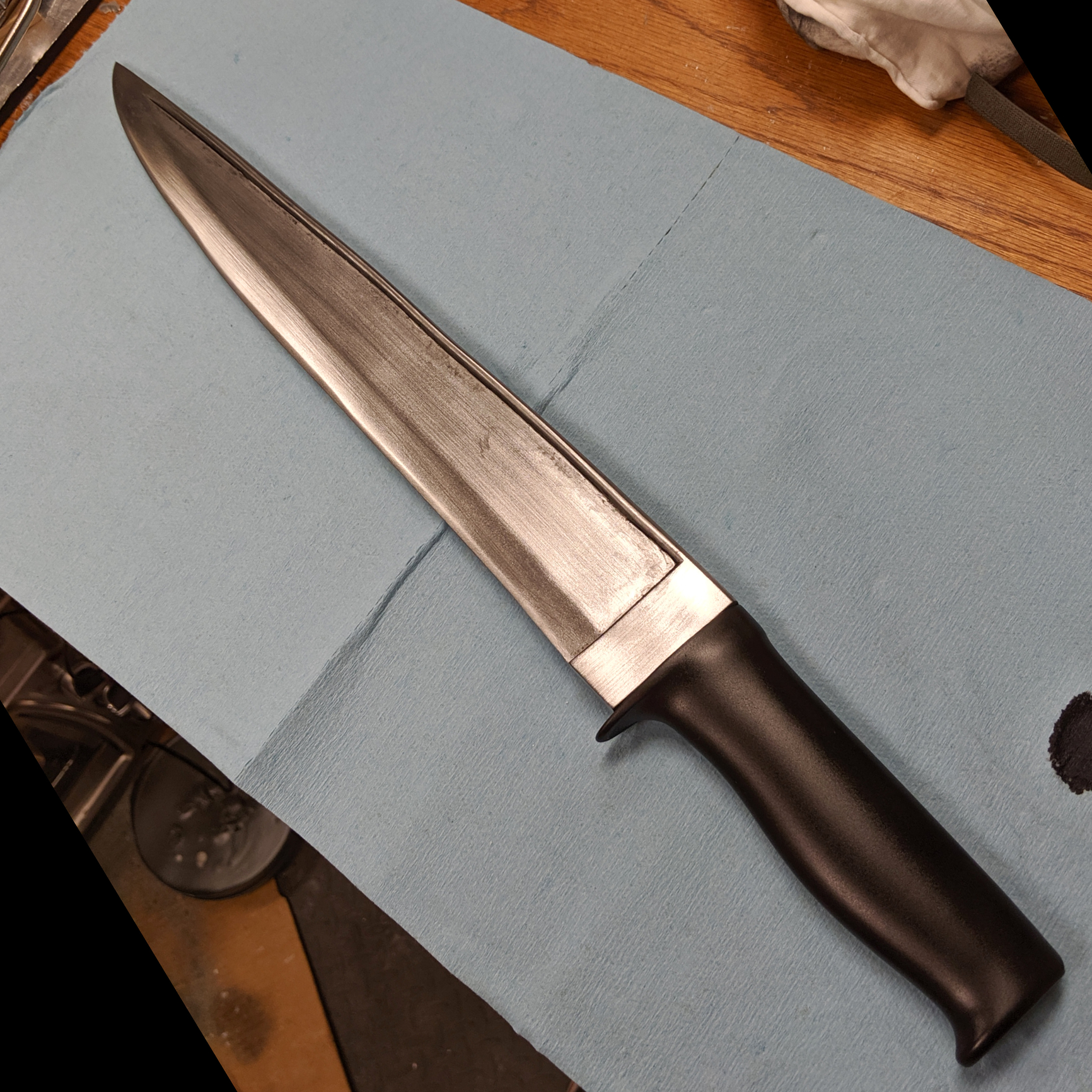 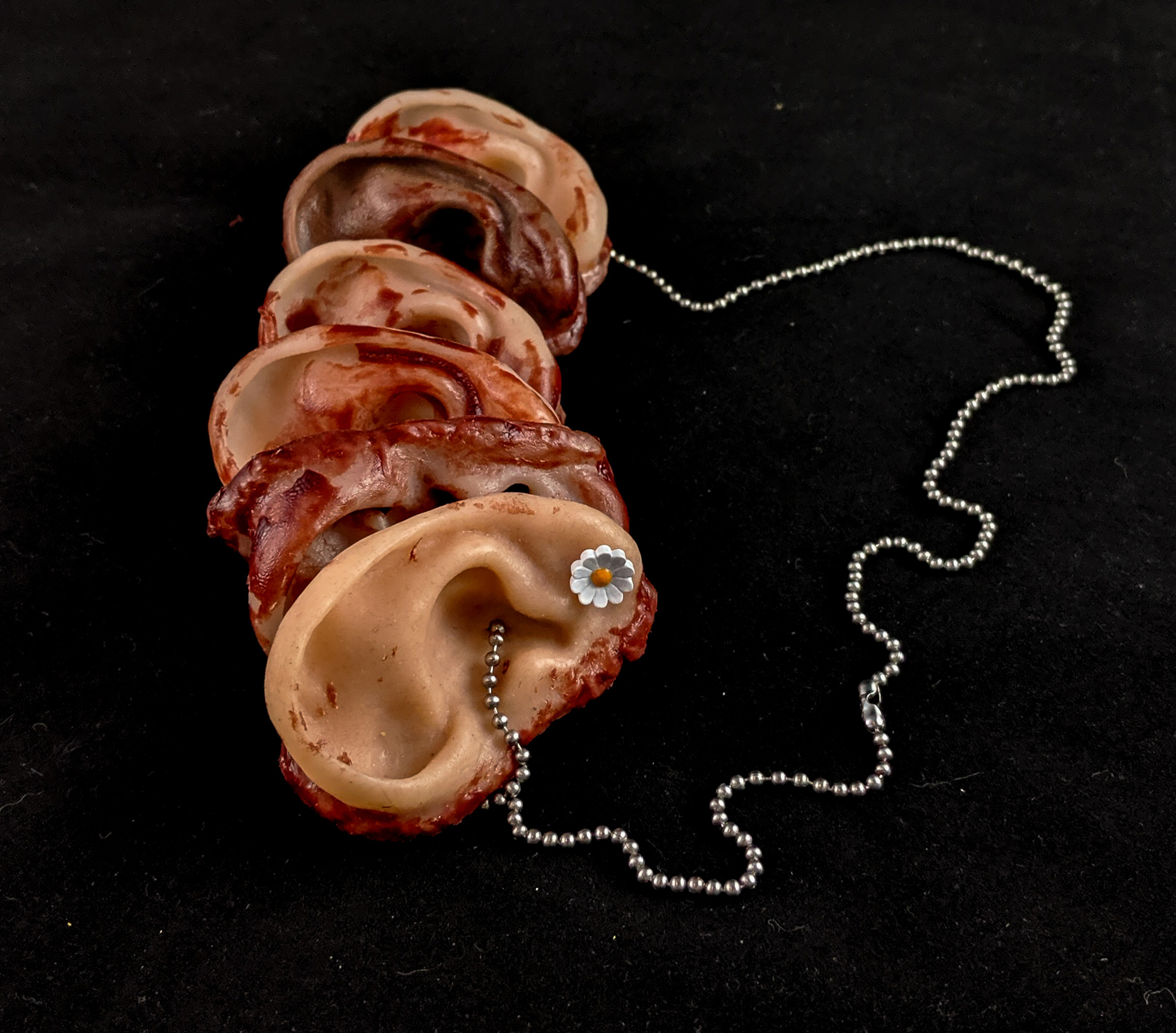 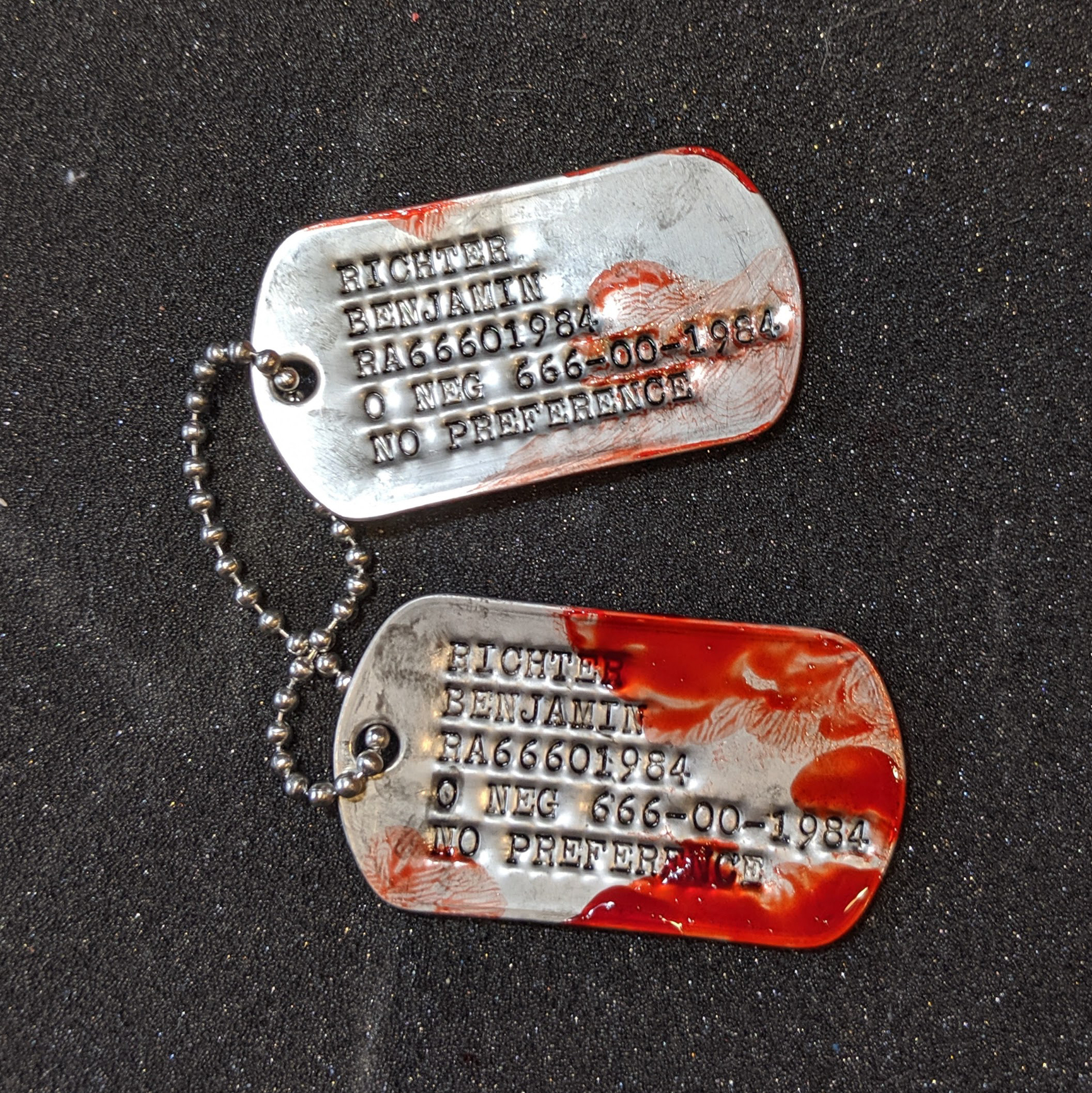 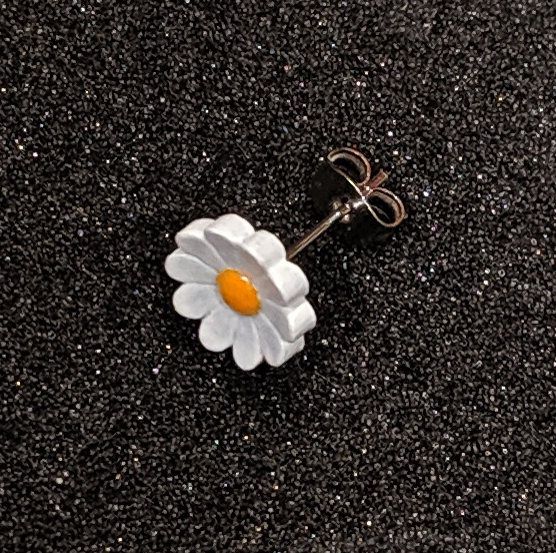