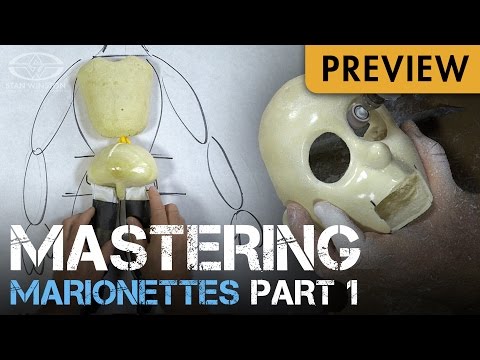 If you've ever wanted to create and operate your own Pinocchio (or stringed monster puppet), you'll learn everything you need to know in this master class on the fine art of marionette making. In Part One of his 2-Part Webcourse series, Land teaches you to conceive and construct a stringed puppet, including expert tips on character design, urethane casting, carving techniques, joint fabrication, facial animation, and more!