Chris Ellerby Los Angeles Admin
January 2016 edited March 2016 in Fabrication
Like many people, I've been playing a lot of Fallout 4 lately.  One of the in-game items I'm a big fan of is the Nuka Cola bottle.  I decided I wanted to make my own Nuka Cola Quantum (the glowing variety) bottle to keep on the shelf in my shop.

My plan is to design the bottle in OnShape (a great, free, cloud-based, parametric solid CAD program), 3D print the bottle, clean up the print with sandpaper and Smooth-On's new "XTC 3D" print coating.  After that I will 3D print mold boxes that will allow me to mold the bottle without any visible seams and minimal cleanup.

I started by taking some in-game screenshots of the bottle, and then designed the bottle profile in OnShape.  The scale of the bottle is based off a bottle cap with an internal diameter of 26mm, and then the rest of the design was scaled to match. From there I designed the fins and adjusted the look of the bottle until I was happy with it. 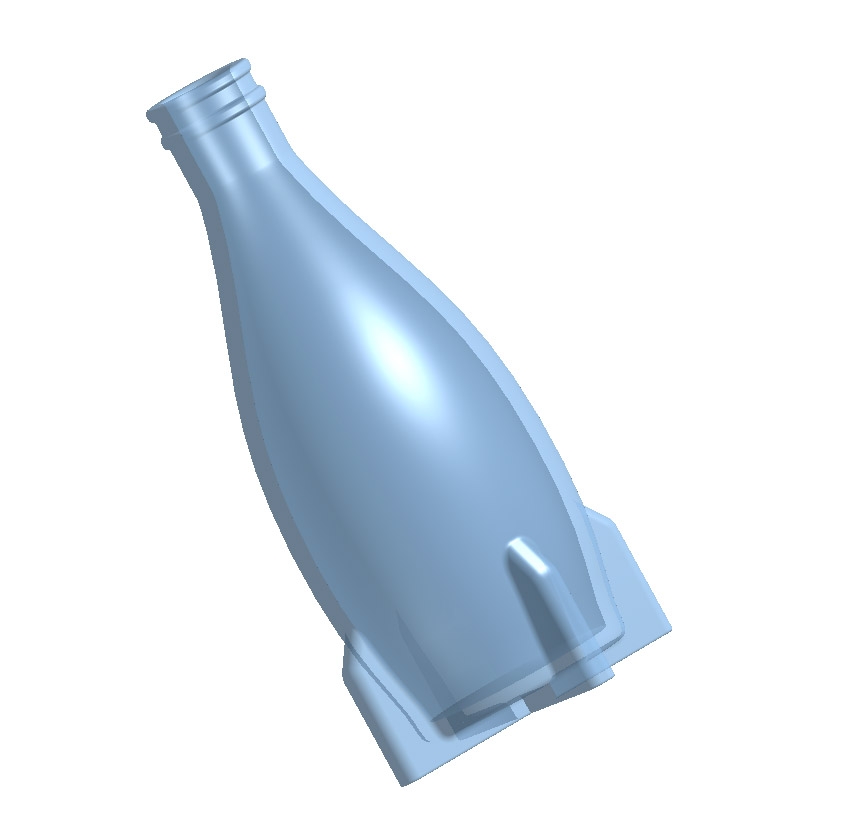 Next I had to think about how the bottle would be molded and assembled while allowing me access to the inside for lights/electronics.  I decided to mold the bottle in 2 pieces with no visible seams.  The joint between the upper and lower halves of the bottle will be along the base of the label, so it will be invisible. 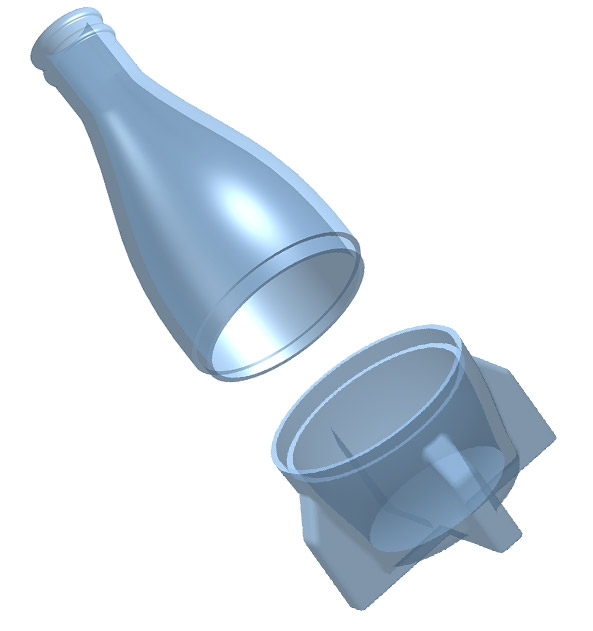 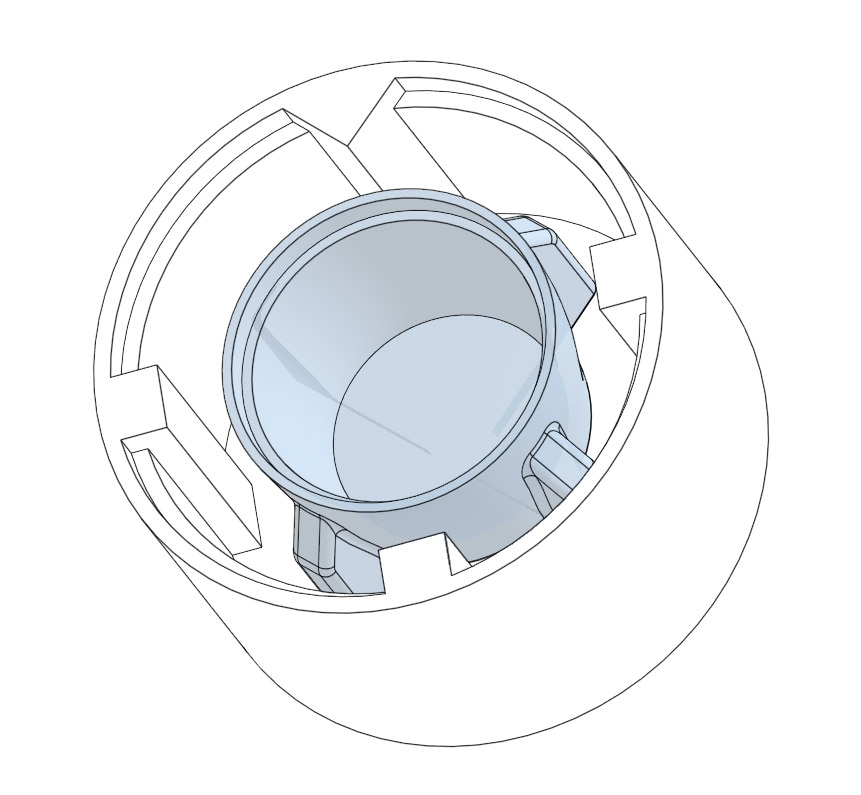 Next I designed the temporary lid that will hold the bottom half of the bottle in place during molding.  Think of this lid as my temporary mold wall, but rather than clay or shims it's 3D printed.  You san see in this picture how the bottle sockets onto a plug on the base of the lid, and how the lid keys into the mother mold for the bottom. 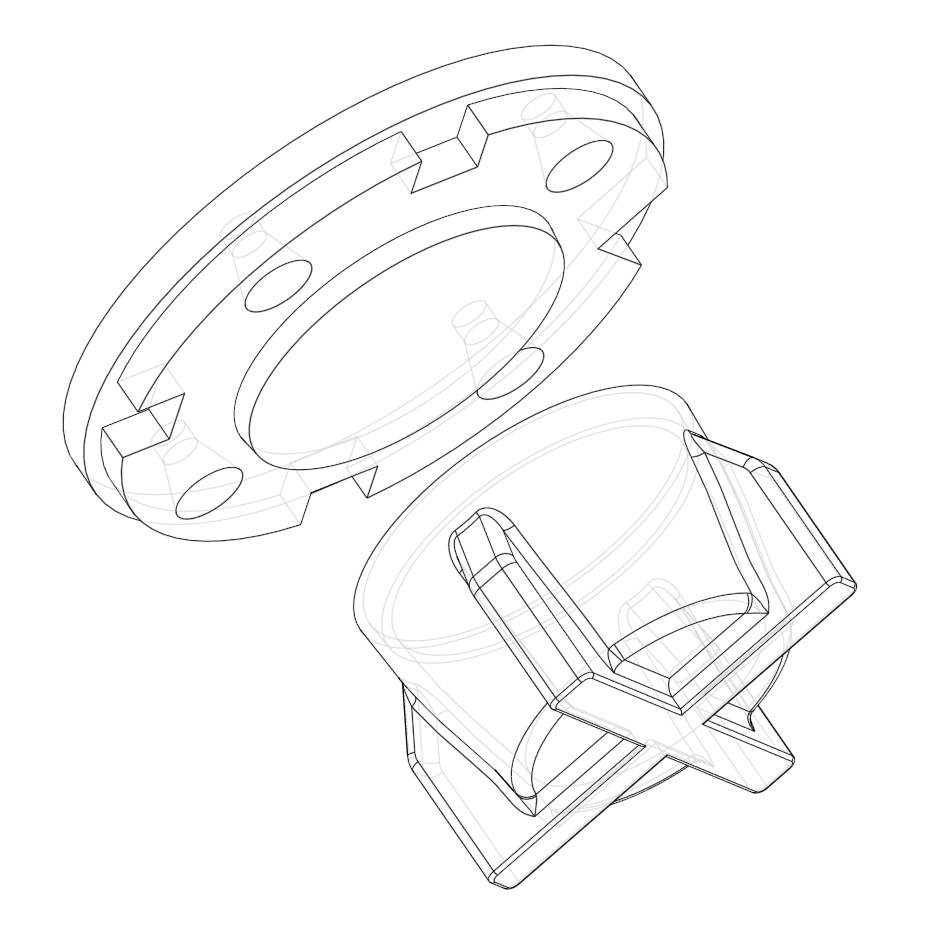 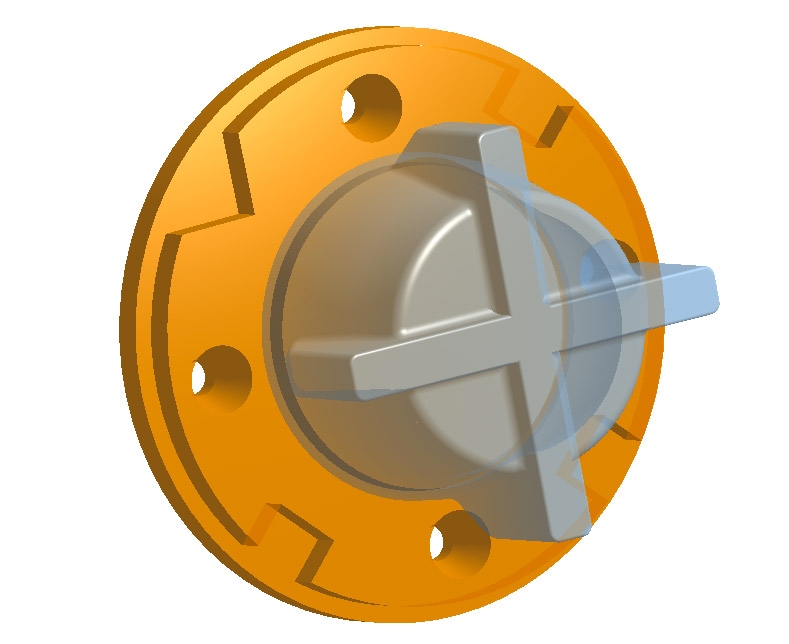 Once these pieces are together silicone can be poured through any of the 4 ports in the lid.  These will also act as bleeders to allow silicone escape as the mold is filled.  The inside of these sprues are also tapered so they will become the internal keys for the next half of this mold. 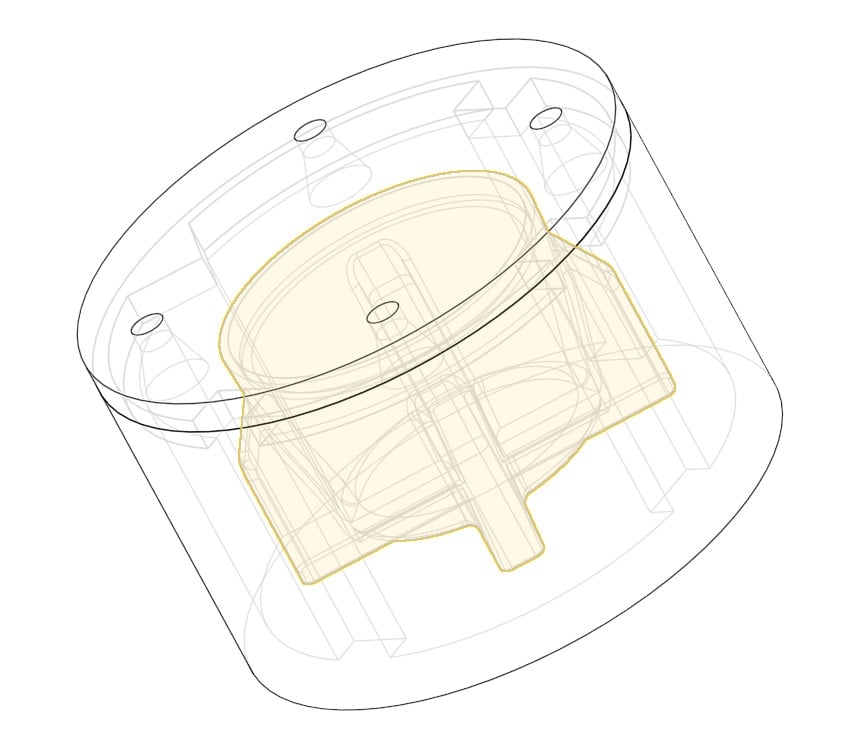 I've also started designing the label in illustrator.  This will need a lot of testing as the curves of the bottle will mean the only way to apply the label without cutting/darting segments for the compound curves is to use shrink labels, which are expensive to have designed in small quantity.

Once all the parts are molded I will be designing an internal component that hides behind the label along the dividing line of the 2 bottle segments.  This component will house batteries,  LEDs, and diffusion to give the liquid in the top and bottom half of the bottle the appearance of glowing while hiding the source of the light.

I'll also need to find a good liquid to use in the bottle that is just cloudy enough to provide some diffusion so the liquid will light up as desired.   The requirements being that the liquid can not settle/separate over time (so no suspended diffusion), and contains no organic compounds that can degrade over time.