I'm pretty busy with my work, but if I'll have some time left, I change the pictures for much more detailed ones.

They are organisms on a planet called New Pluto (a very cold planet). They were discovered by a team of scientists - they found out that they live under the ground in crystal caves full of stalactites. On their skin there is slime, so that they can be stuck to the stalactites - sleeping. The huge teeth are supposed to break shells from shellfish (the shells are pretty hard so that they protect the shellfish from the freezing weather) which they must dig from the frozen ground with their big palms and claws. The arms are becoming bigger and bigger (yes, evolution) and slowly transforming into legs (at my picture it is in a stadium between legs and arms). Cryons are hermaphrodites - they can give birth to a maximum of three babies.
They became very aggressive since people visited their habitat.

My friend helped me with this short description, because for me it's quite hard to create a story.
Enjoy! 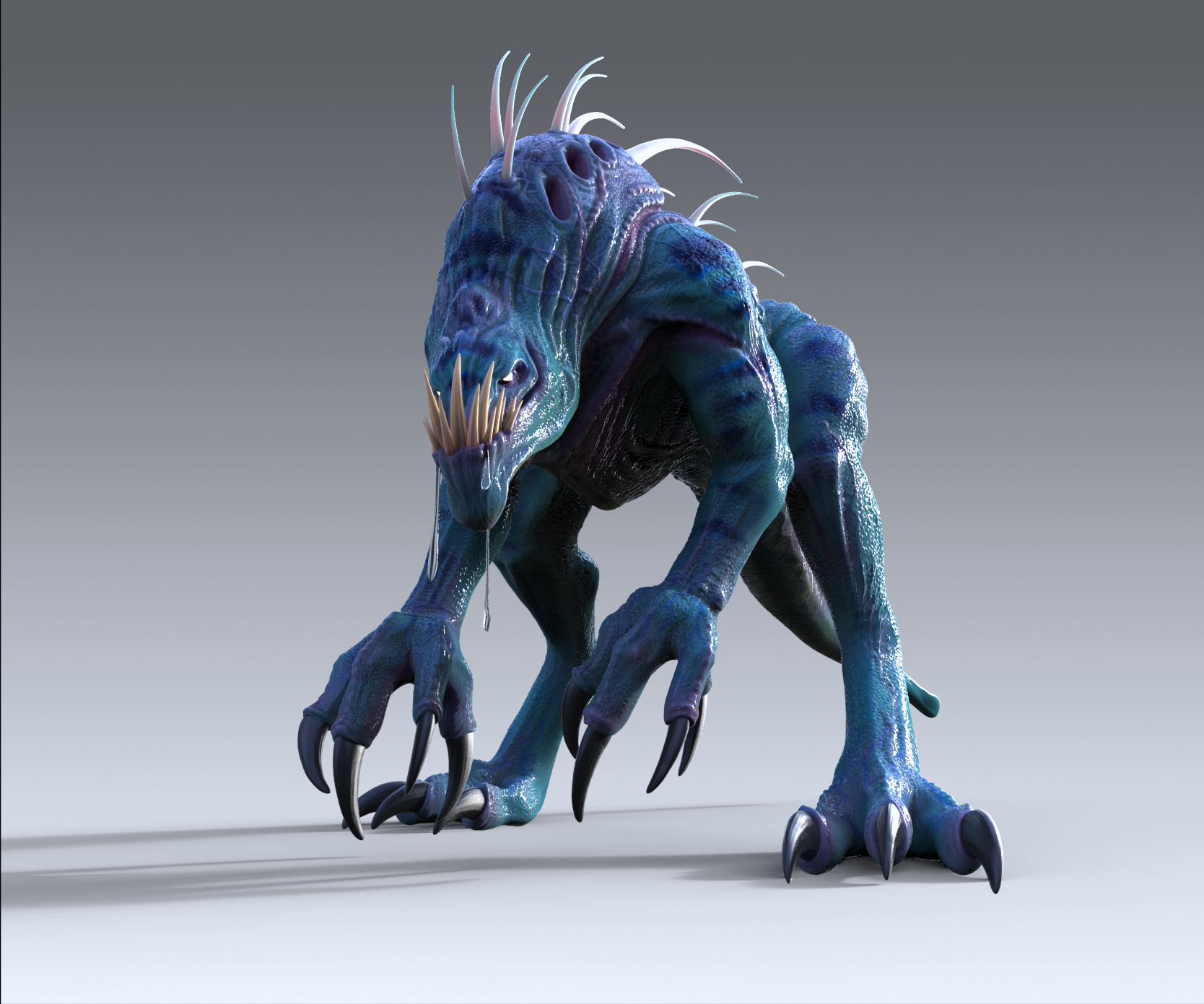 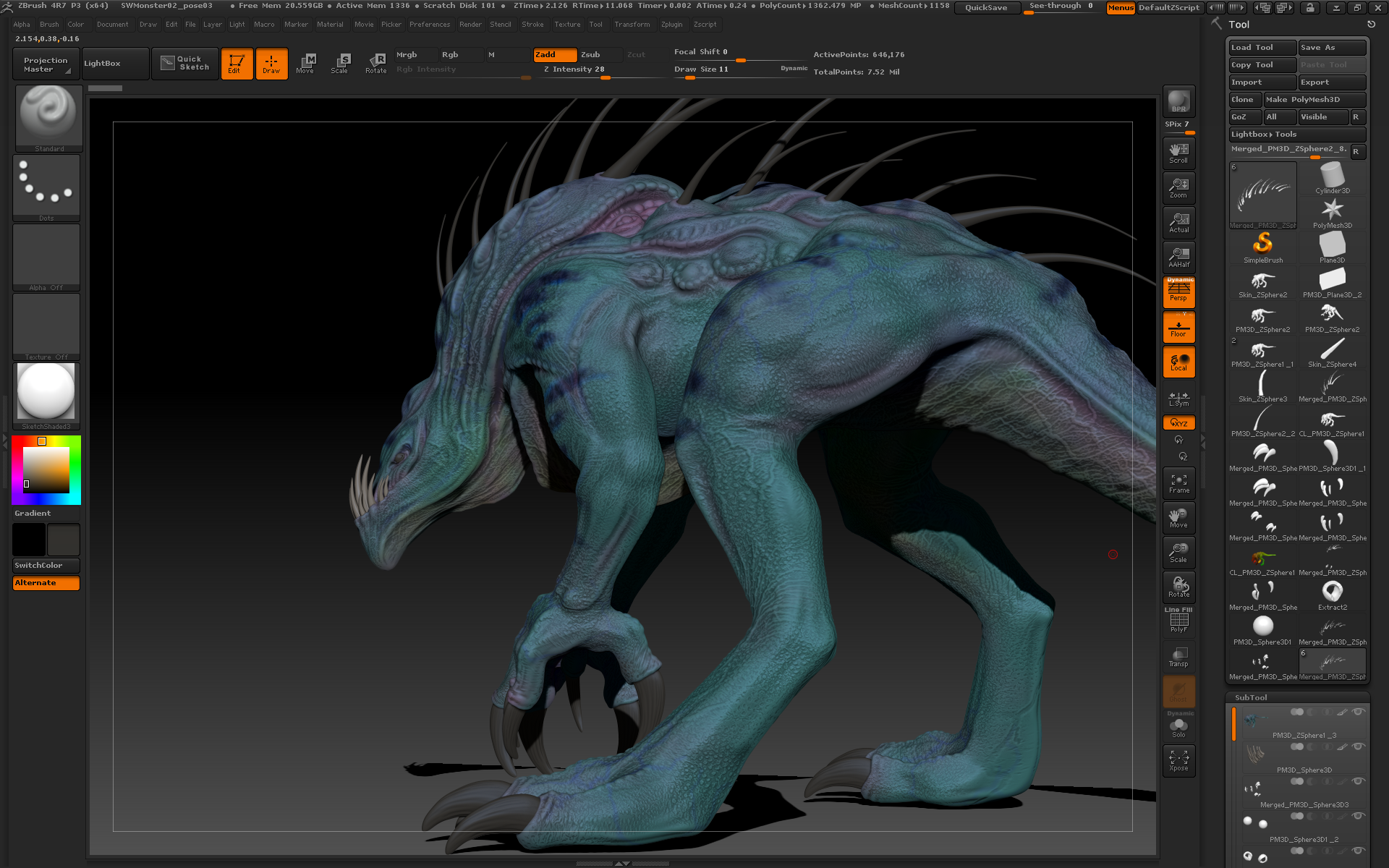 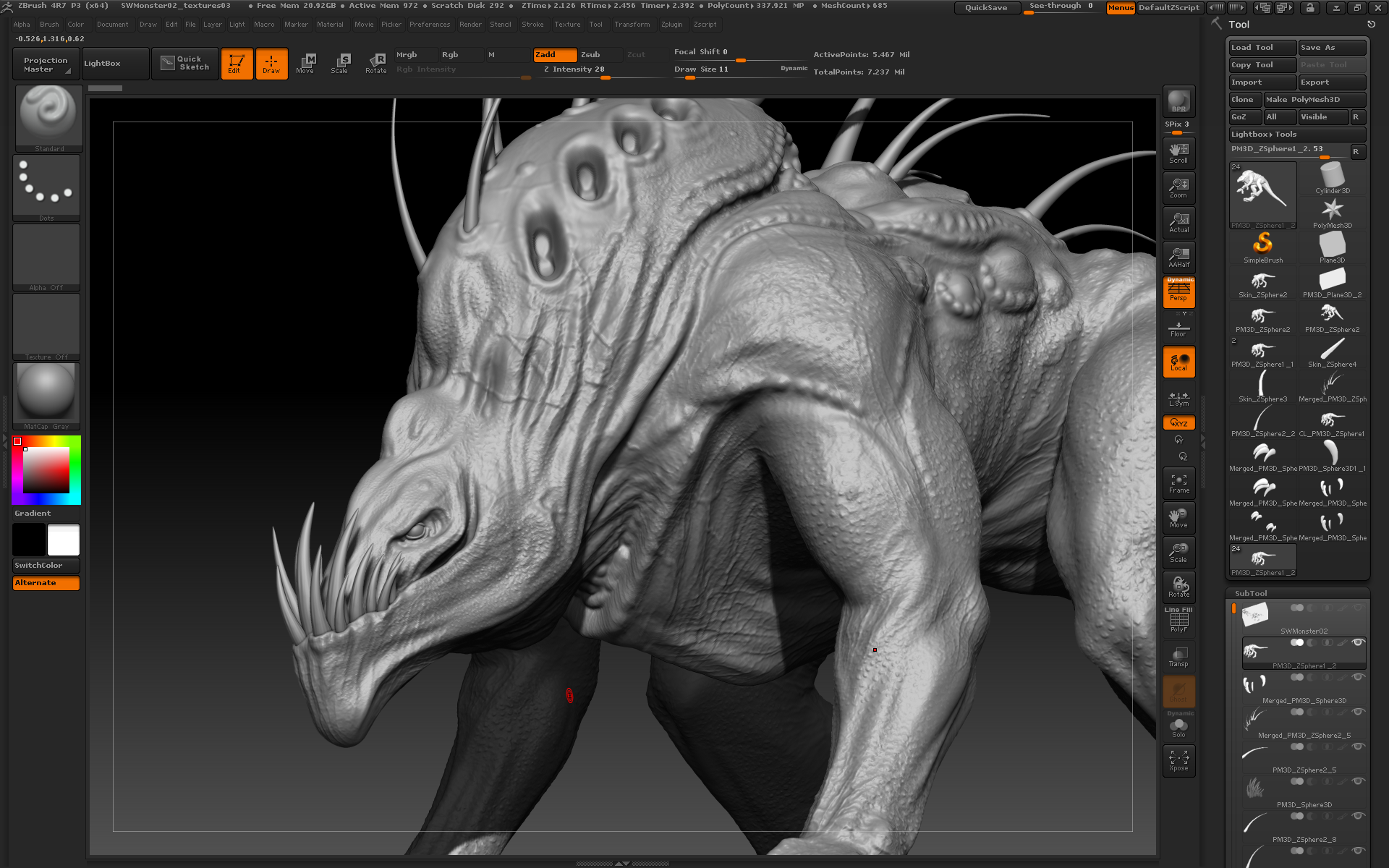