Darrell Green ✭✭
April 1 edited May 24 in Costumes & Cosplay
This is my build as Johnny Depp as Jack Sparrow. Several years ago.  The world is awash with build advice on this one, so I just followed instructions. I sewed the vest from pattern. The pants are brown "scrubs". The belts are cut from light thickness conveyor belt material and adorned with picture frames for buckles. I cut and bent the brass rods for the buckle catch. The boots are my work boots folded over. The shirt I owned. The sash was a found table cloth torn and died with tea stain. The hair was a straight wig that I dread locked and shaped. The bandana was two sewn together, died then tea stained then sun bleached. Facial hair was my own except for the two beard braids of doll hair. I had not yet gained the idea of matching an onscreen pose so these poses were pretty harsh. My wife and my daughter both helped with makeup. 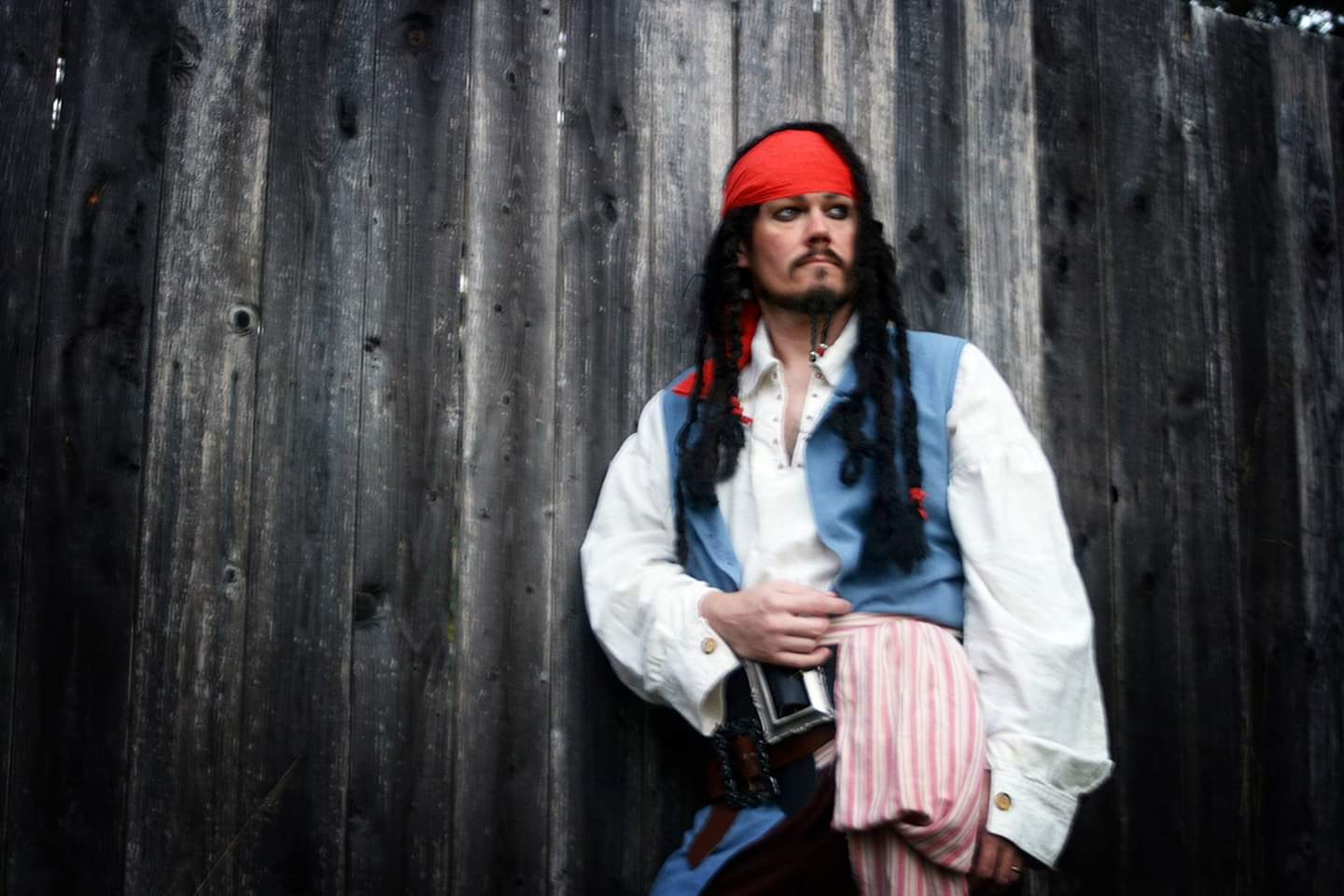