Fabian Lüscher Switzerland ✭
February 2021 in Creature Making Contest
Hello everyone!
this newt rod puppet is the culmination of years of trial-and-error, sweat, blood and tears. I'm very proud to show you this, even though not everything worked as much is i'd like it to have. So far, this is our first animatronic puppet. We have been able to make smaller and simpler gags for TV, movies and commercials. This yet-to-be-released short movie was a great way to try new things, combine everything we know, and all that on a bigger scale. We could test concepts we've seen, and substitute some of our own where needed.
The video below will give you a basic overview of the puppet in action as well as some construction videos. 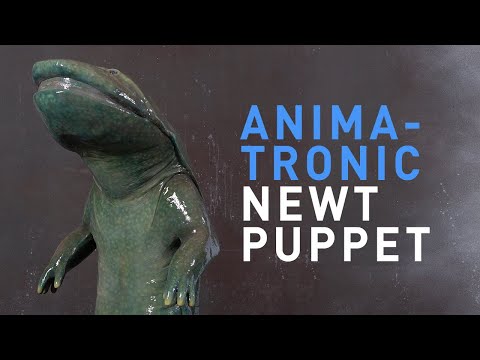 Pictures before inserting any mechanics: 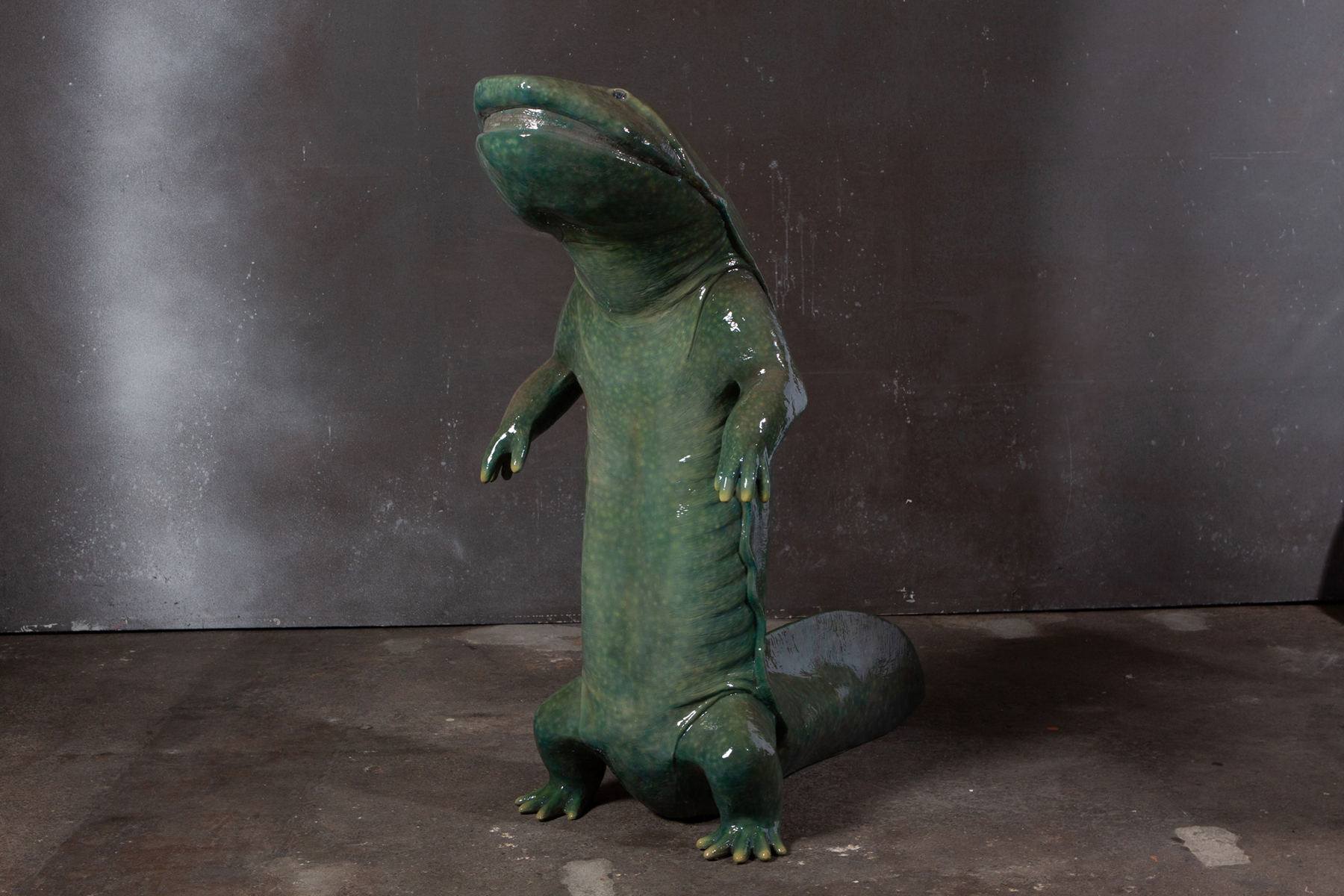 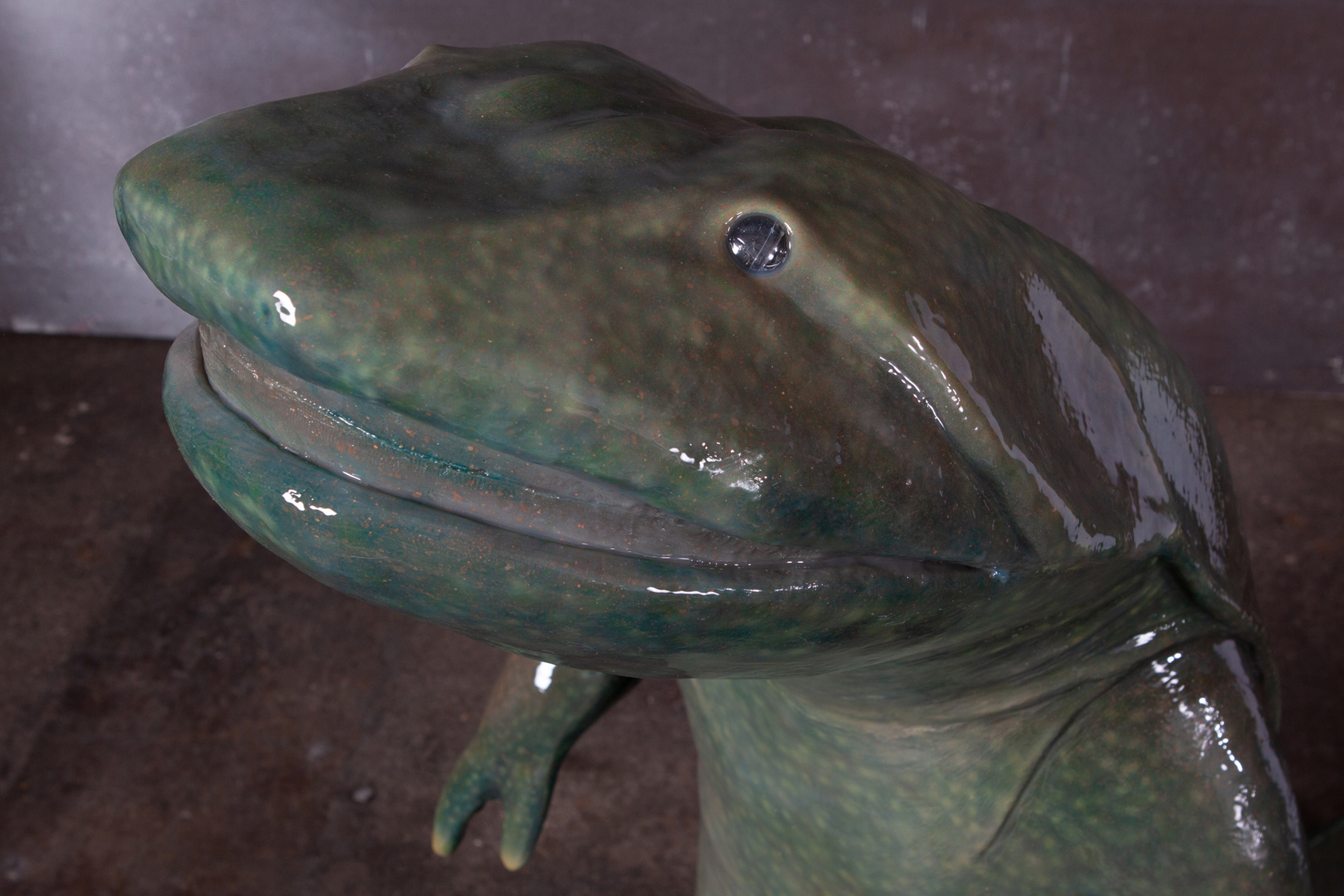 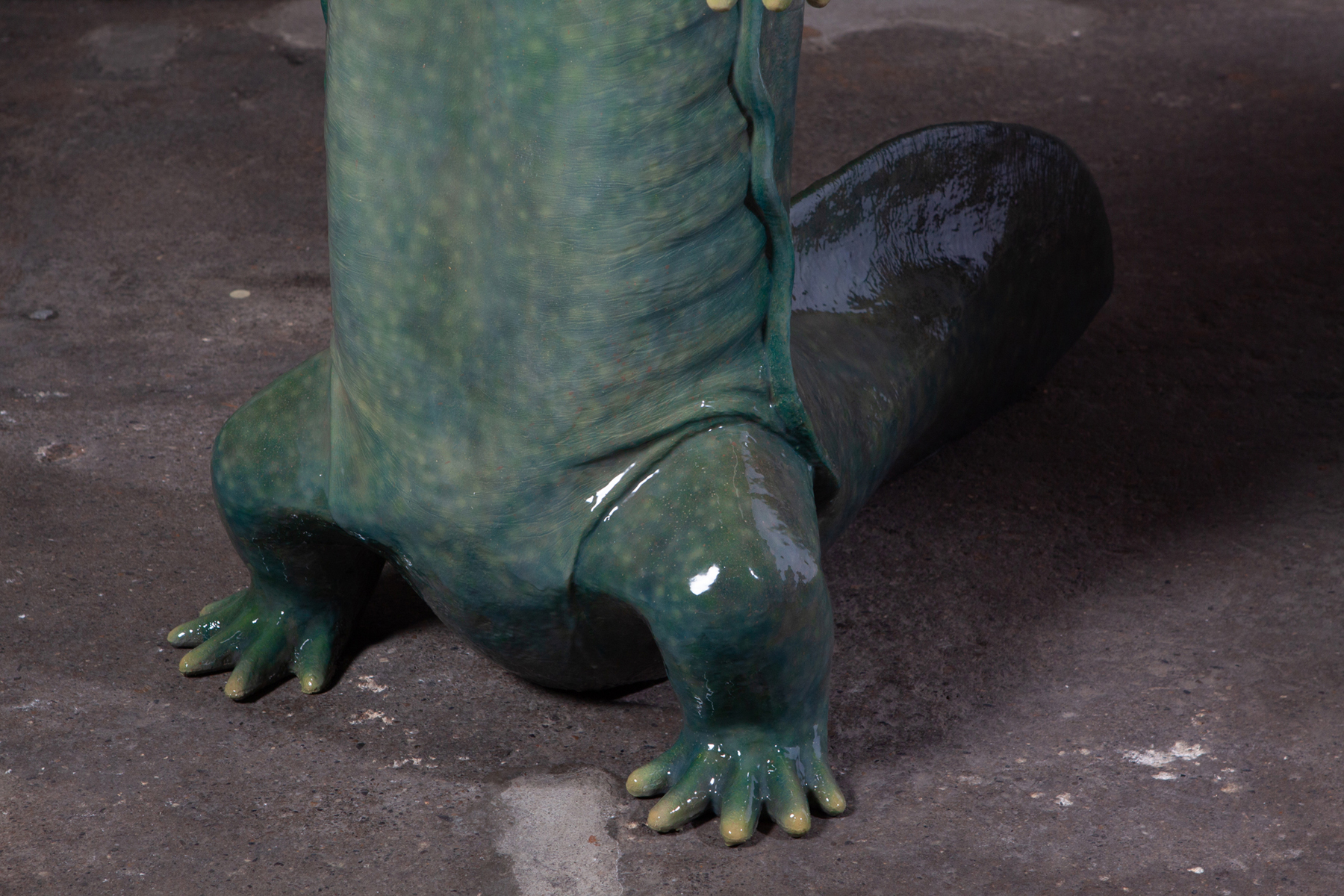 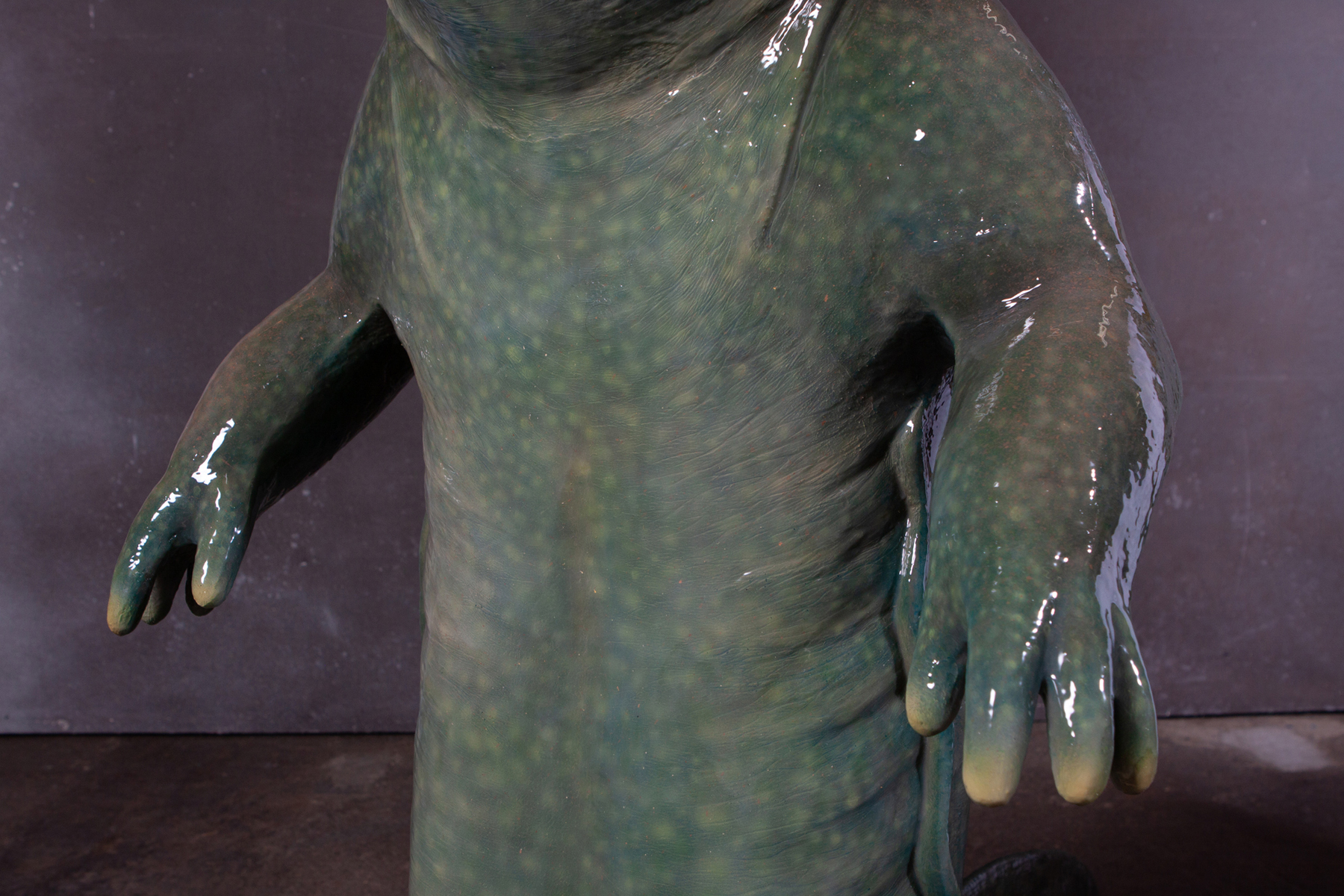 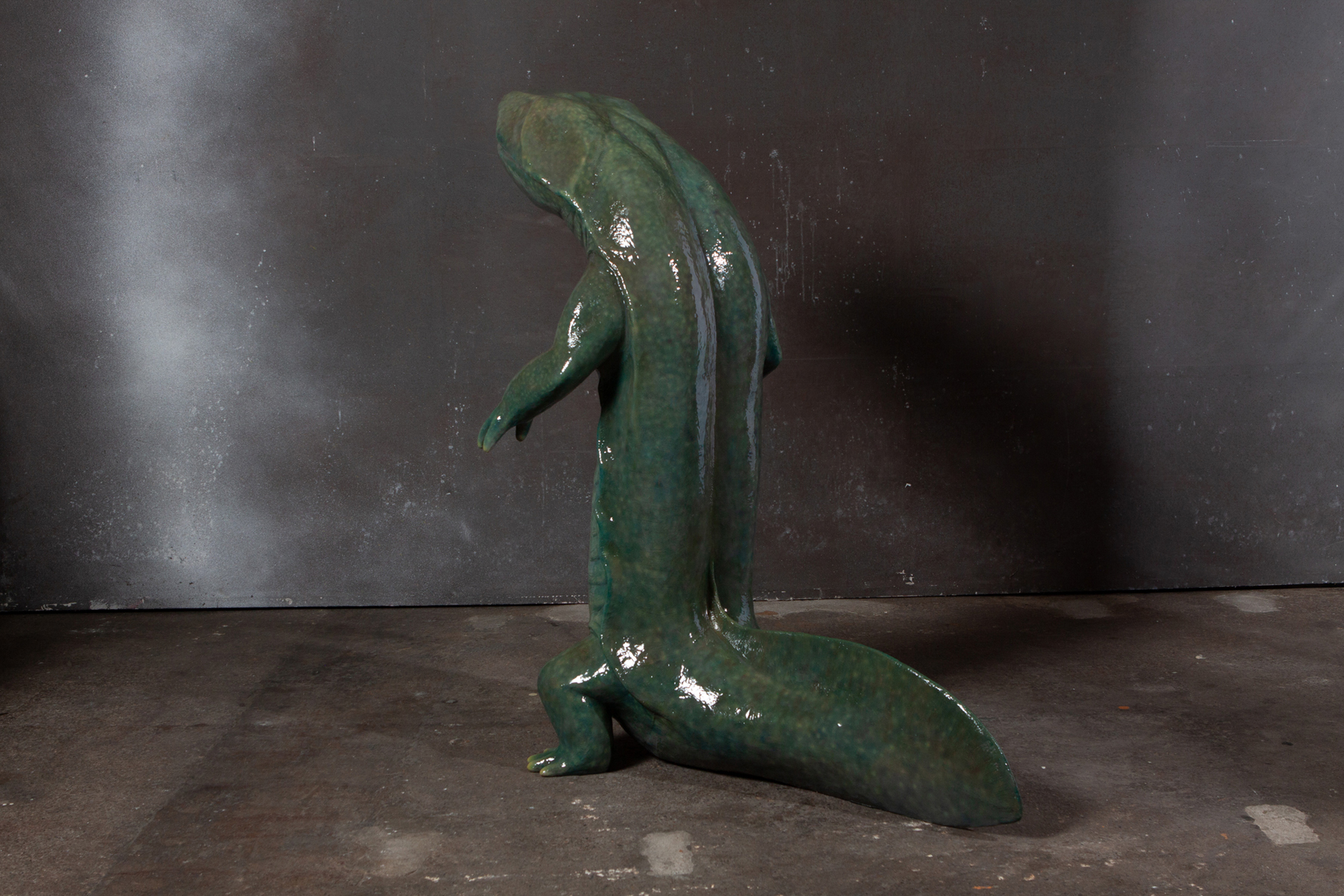 The design is based on real japanese giant salamanders, mixed with some newts, and a tad of fantasy. We shot for a simplistic, yet naturalistic look. We did not want to just scale up a small newt, we wanted to see the weight of the bones and his/her fat.
Basic concept: 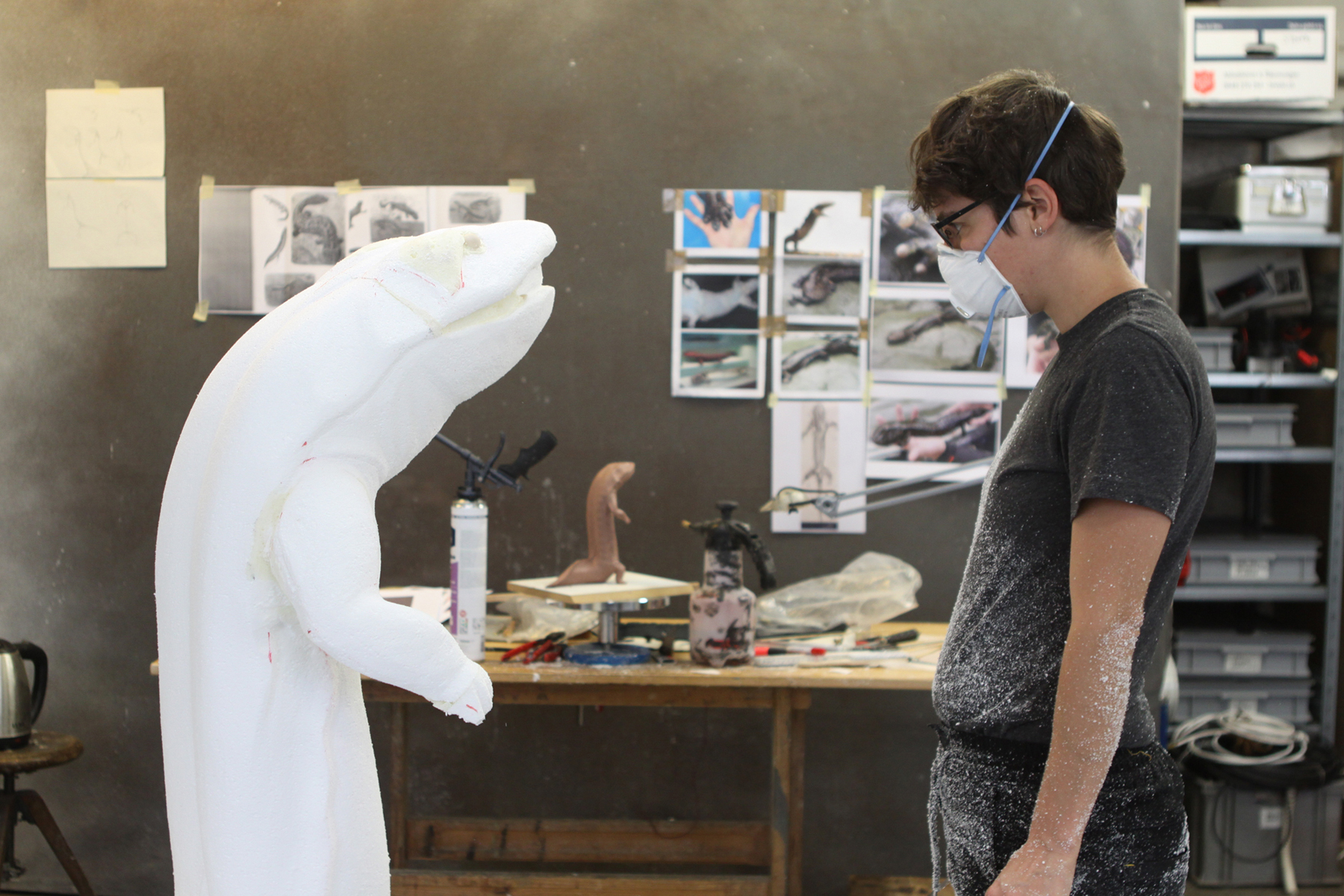 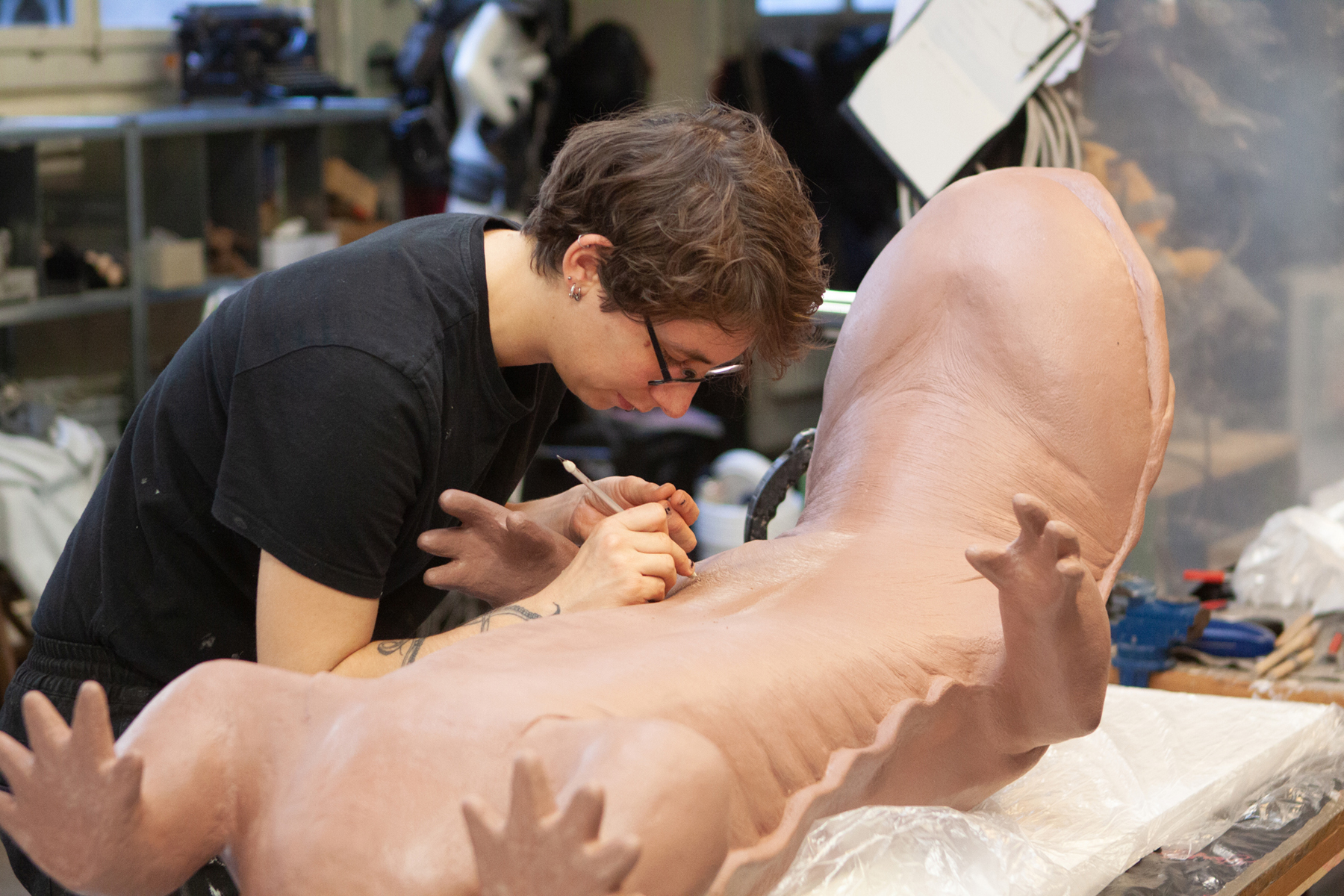 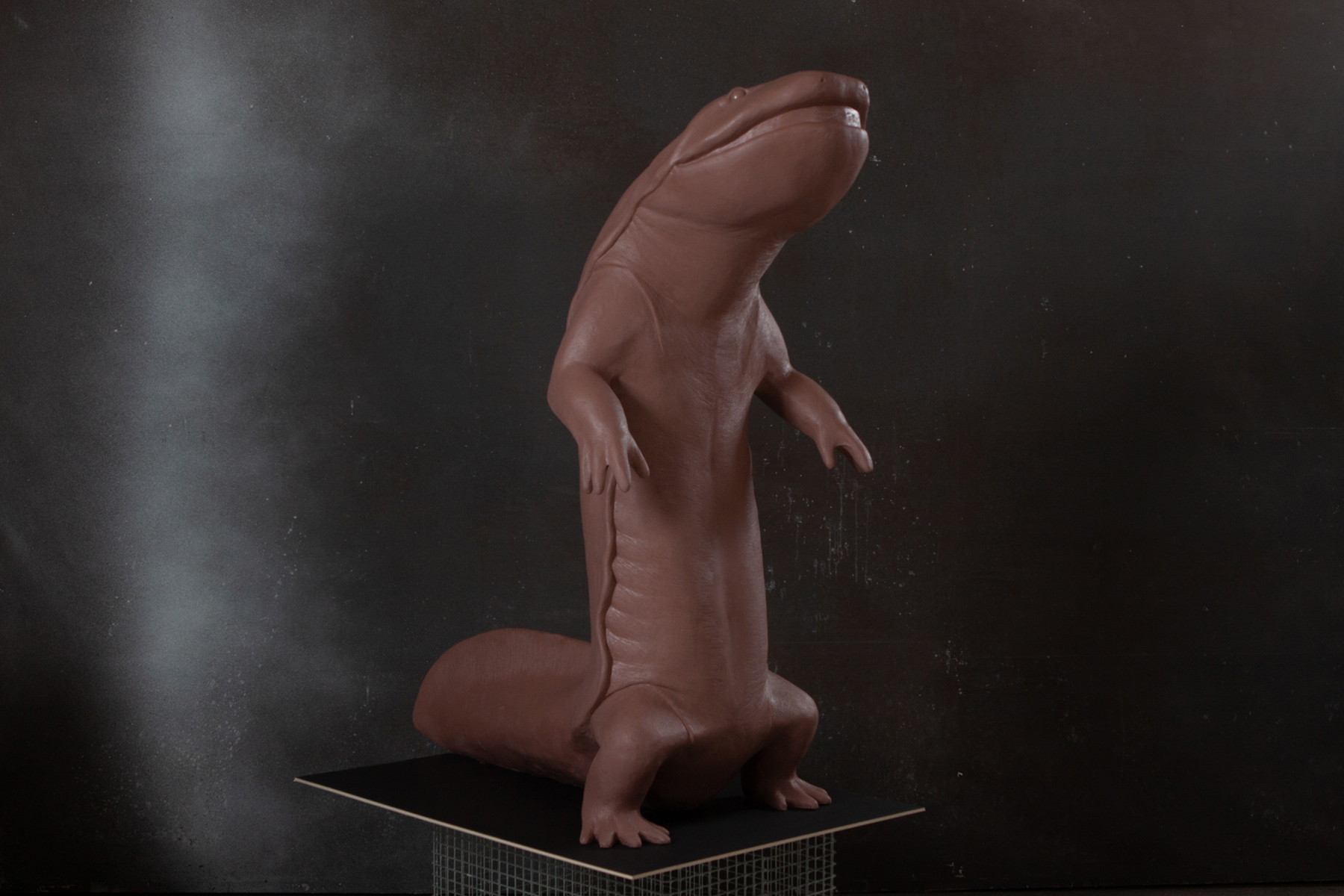 It is a silicone casting of a monster clay sculpt. The negative form was held together by a steel reinforced fibre glass shell.
Silicone used was dragon skin by smooth-on. The whole mould was then filled with robust 2K foam, which we partially used as a stiff substructure.
paint brushed with silicone colors. Another layer of transparent silicone was able to get the slimey and always-wet look.
Negative mould: 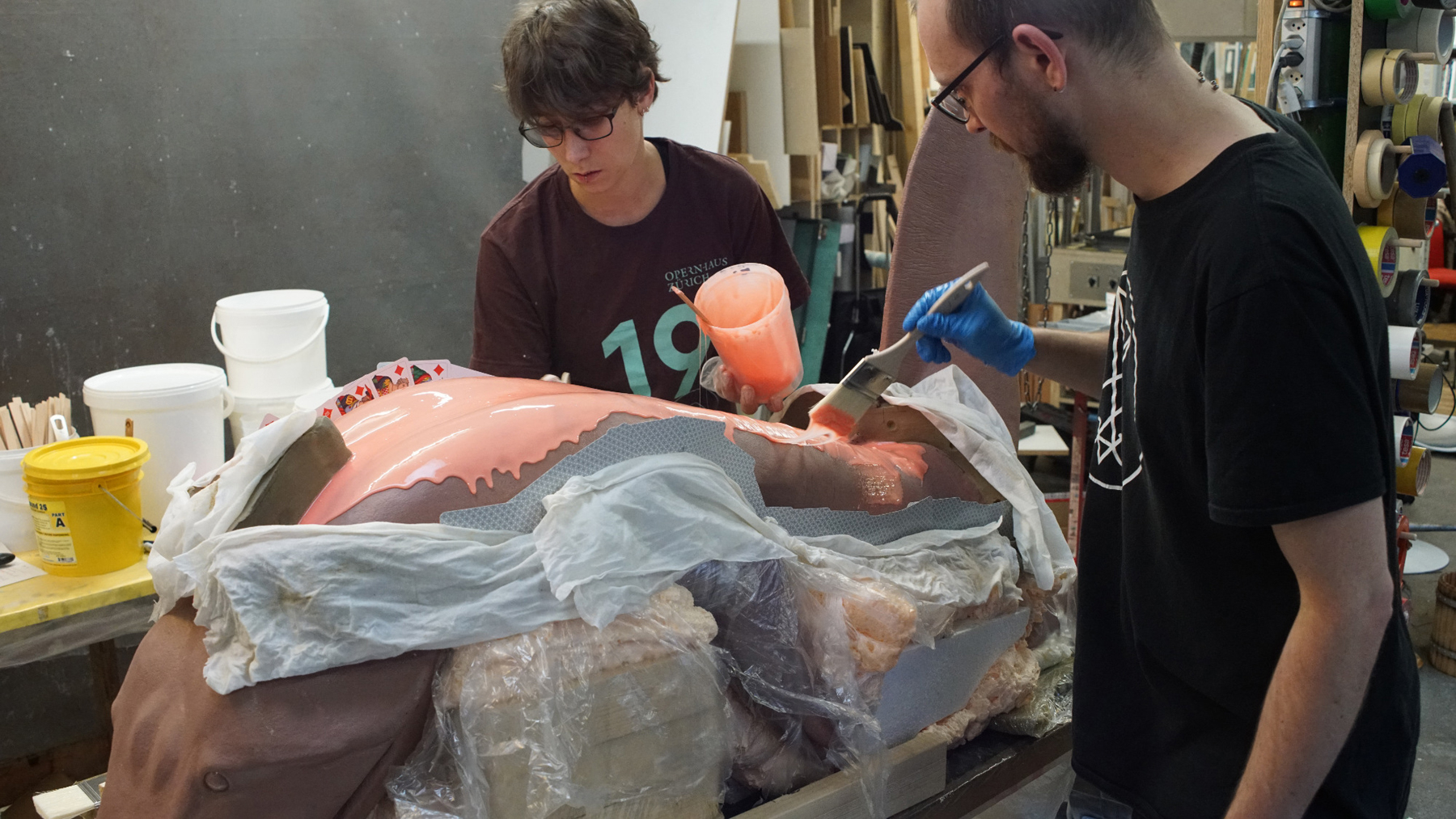 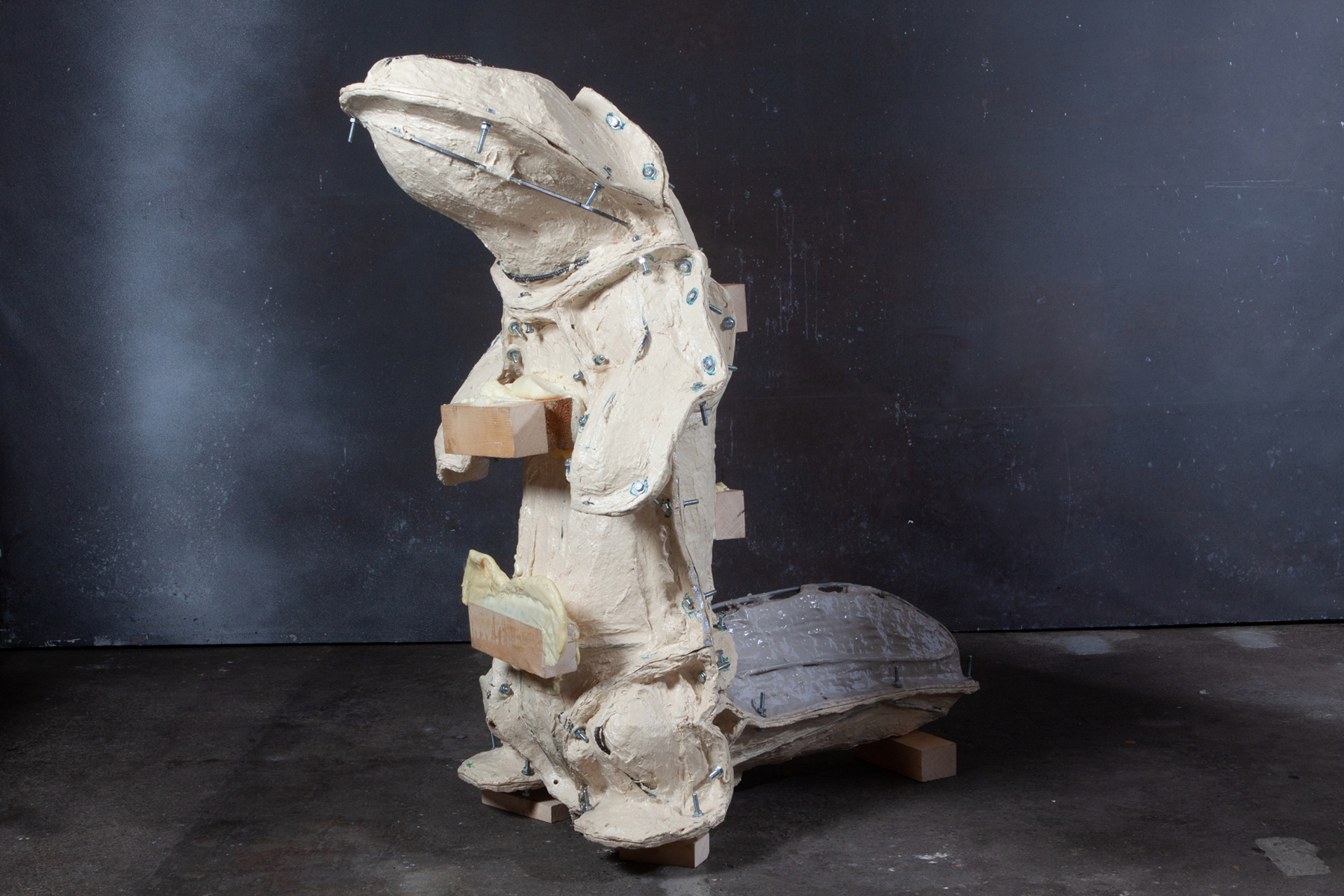 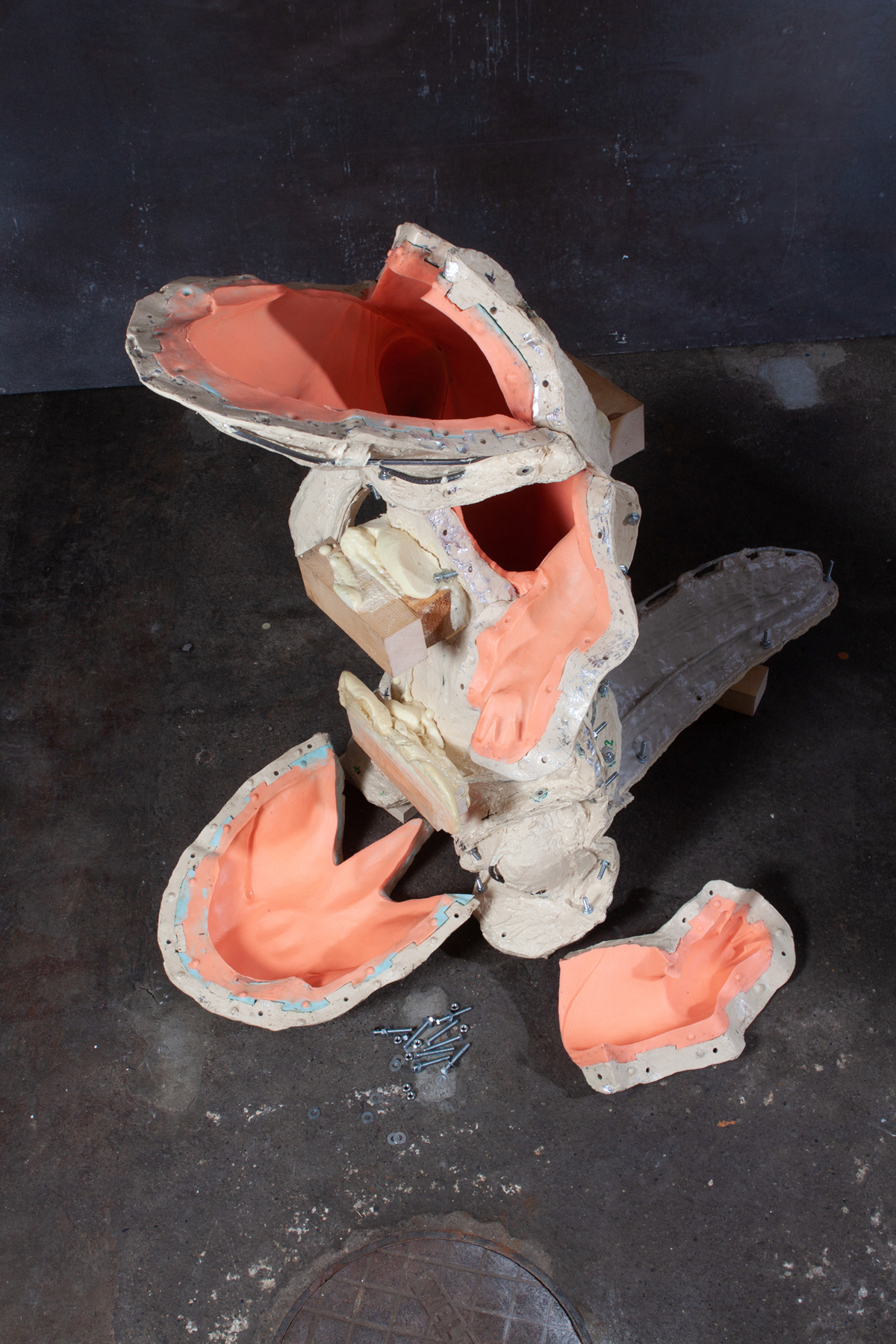 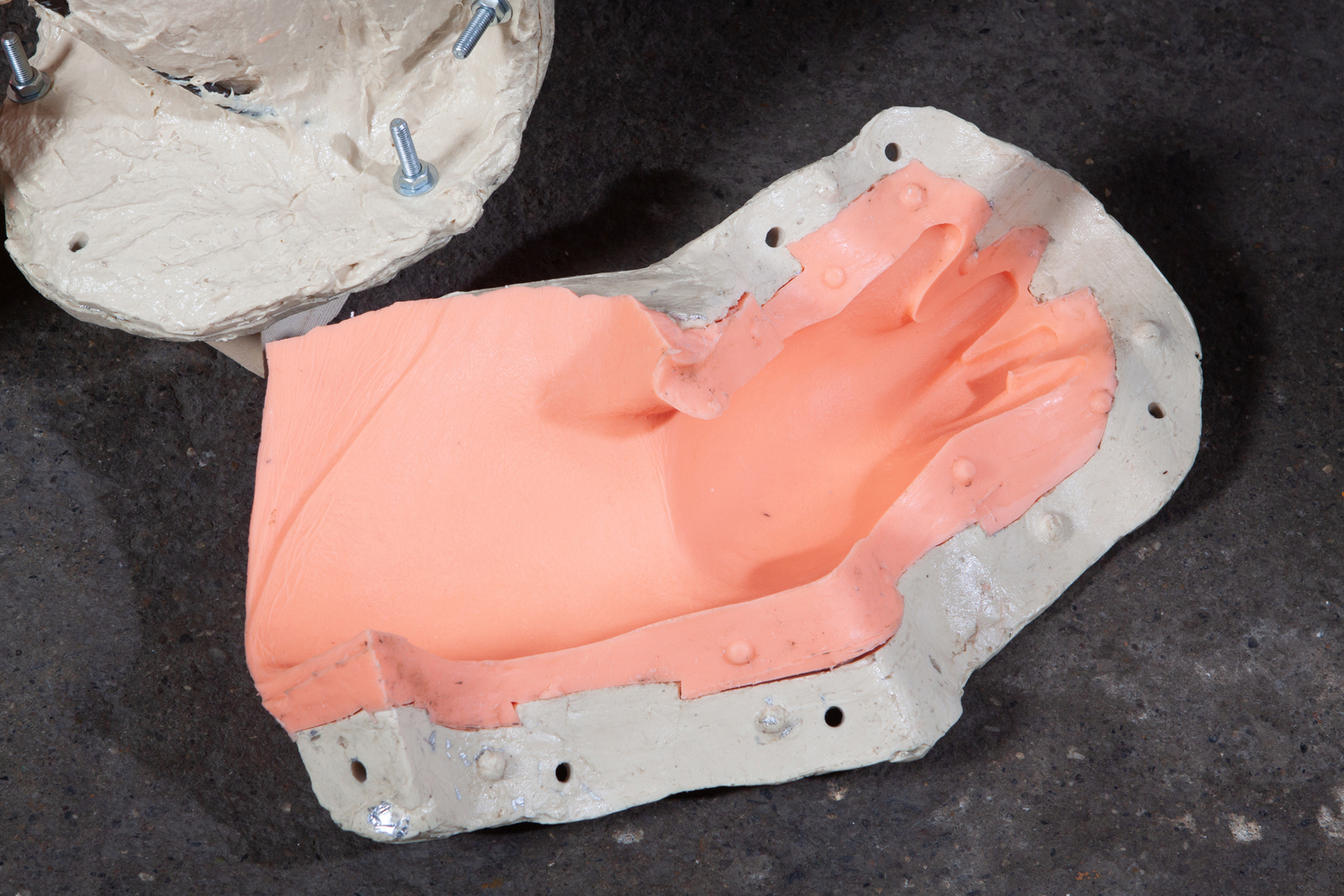 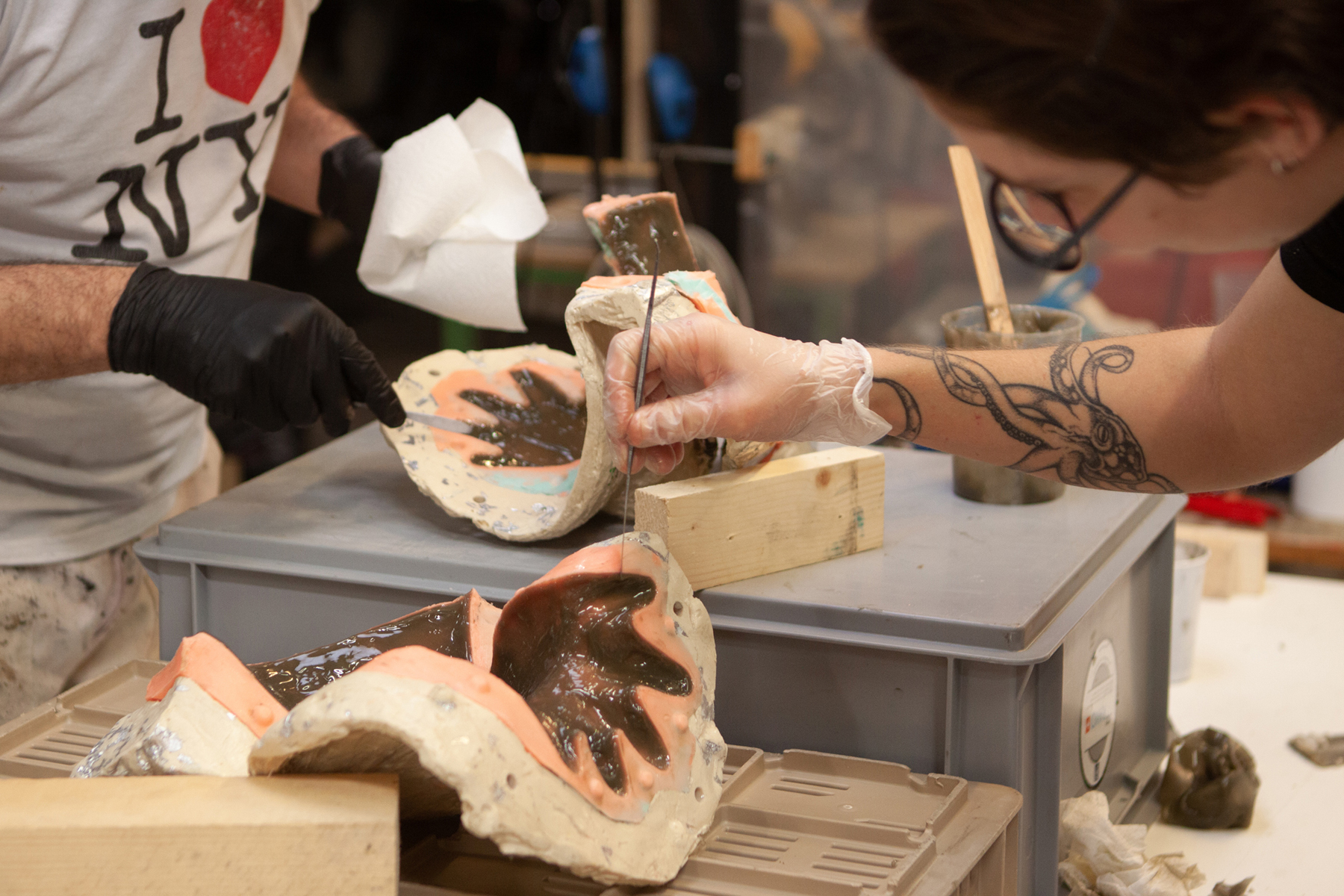 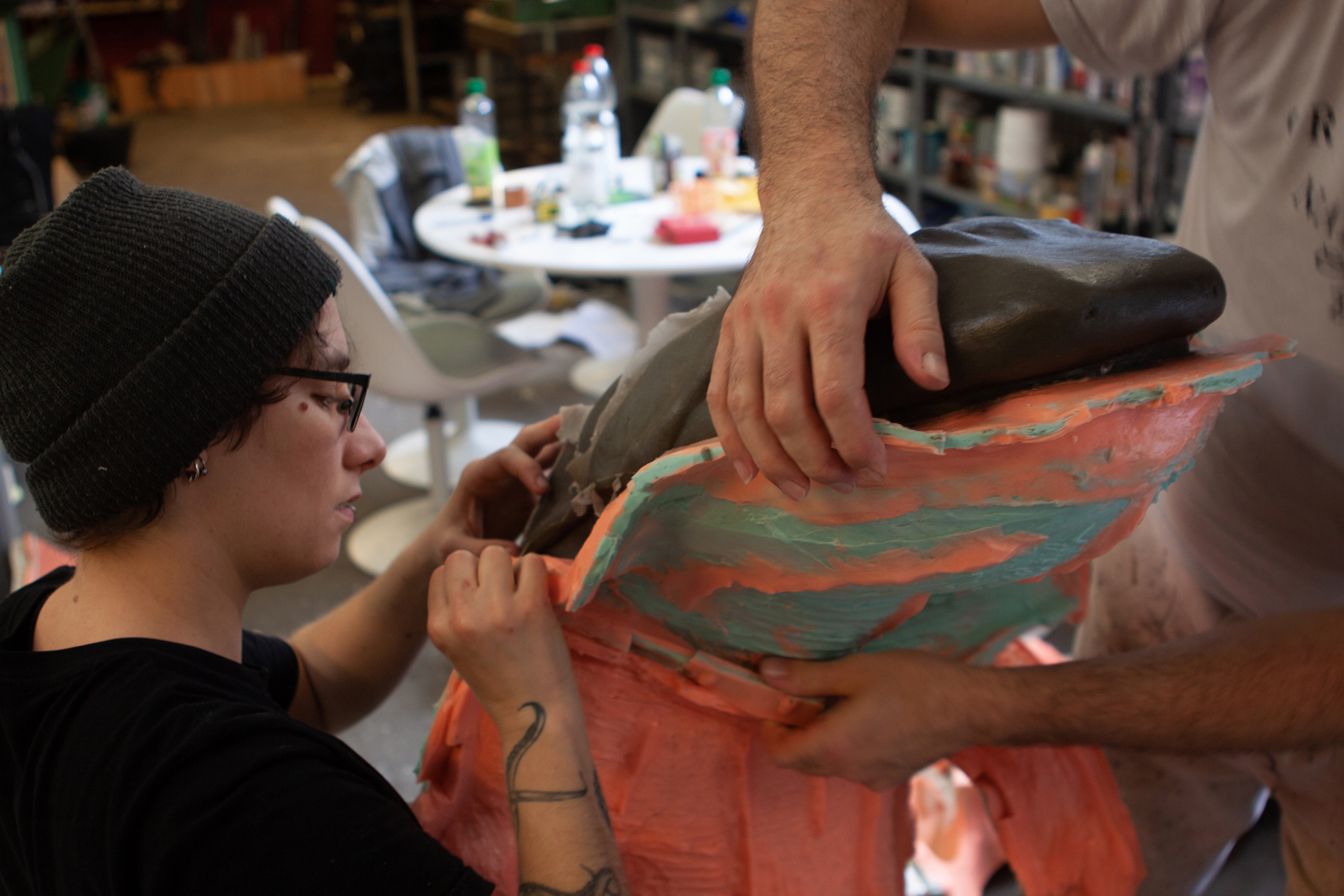 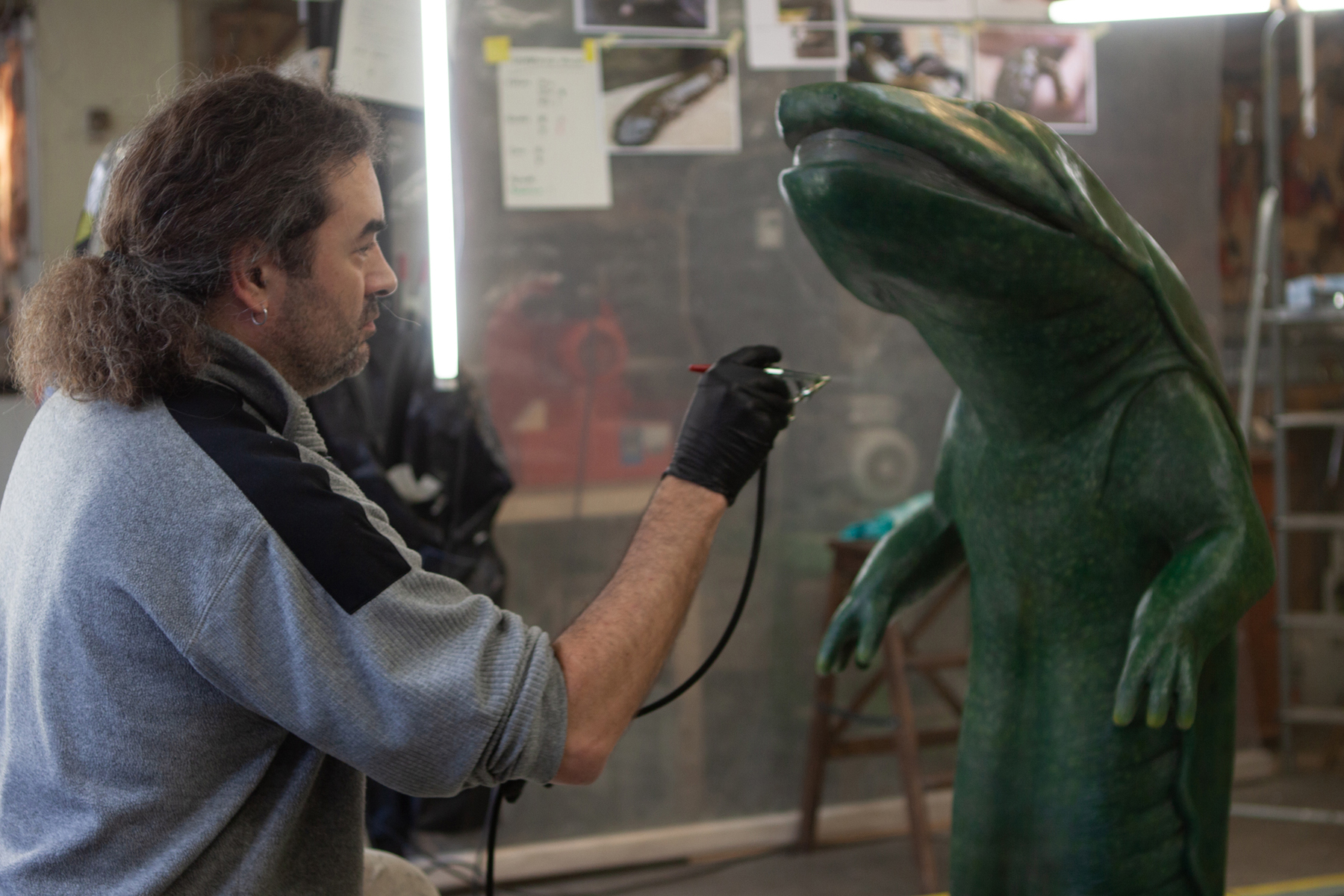 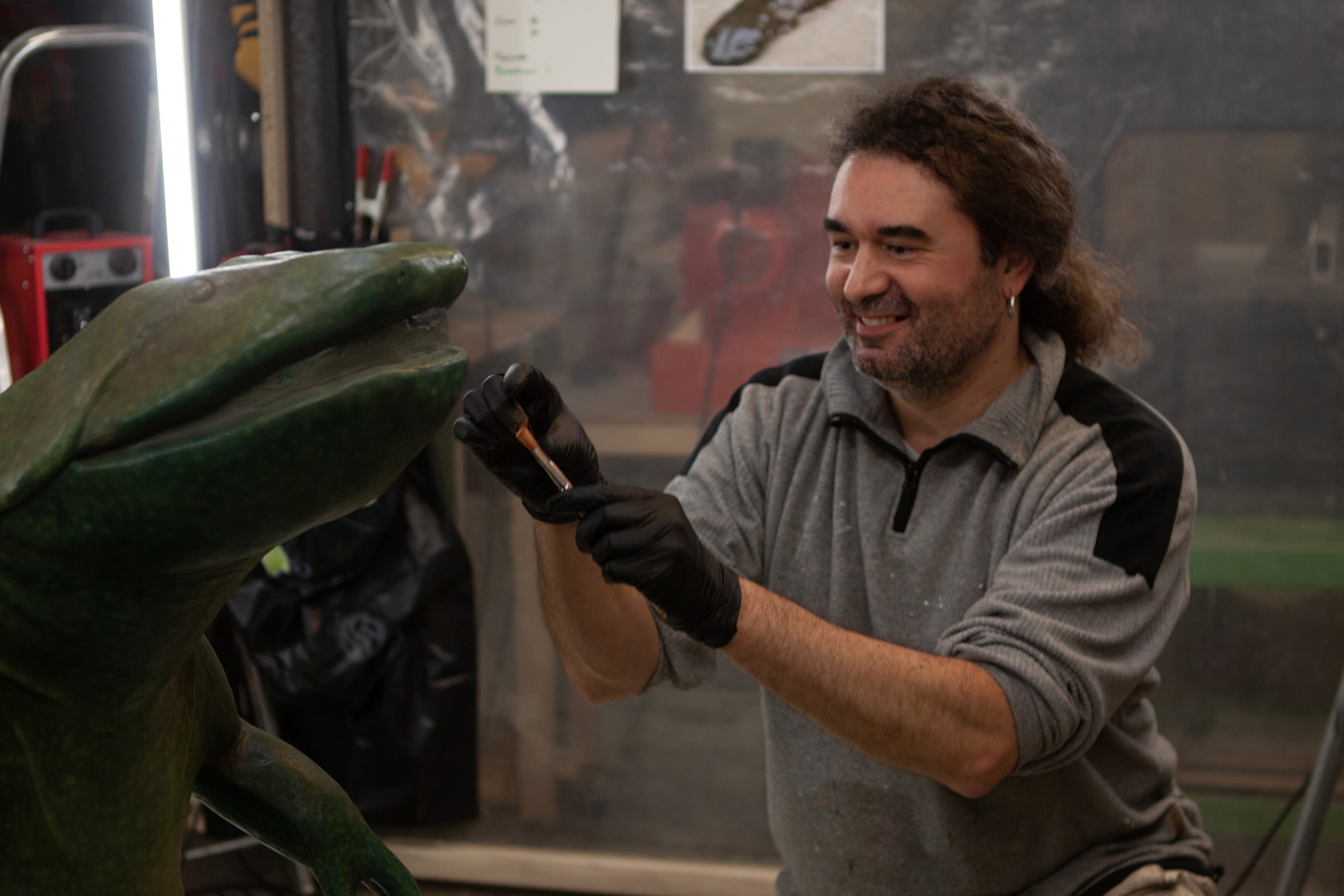 We had to build a vacuum forming machine from scratch to get some "shells" we needed beneath the skin as a substructure. A very nice tool to have in the shop anyways.
Mechanics and basic skeleton structure is steel. Most joints are simple steel-wire joints. Mouth, lips and eyes are remotely controlled by hydraulic "wire". We repurposed pneumatic cylinders and fittings for hydraulics, as they where A) much cheaper, and B ) very tiny. We just filled the cylinders with distilled water. So far, no problems, as the force we put on the levers never exceeds any damaging pressure.
Steel is heavy, but as the puppet had to perform partially submerged in water, the weight was a benefit. Id did float, as the buoyancy was cancelled out by the weight, so it was very easy to move inside the water. (Outside, not so much..)
Mechanics: 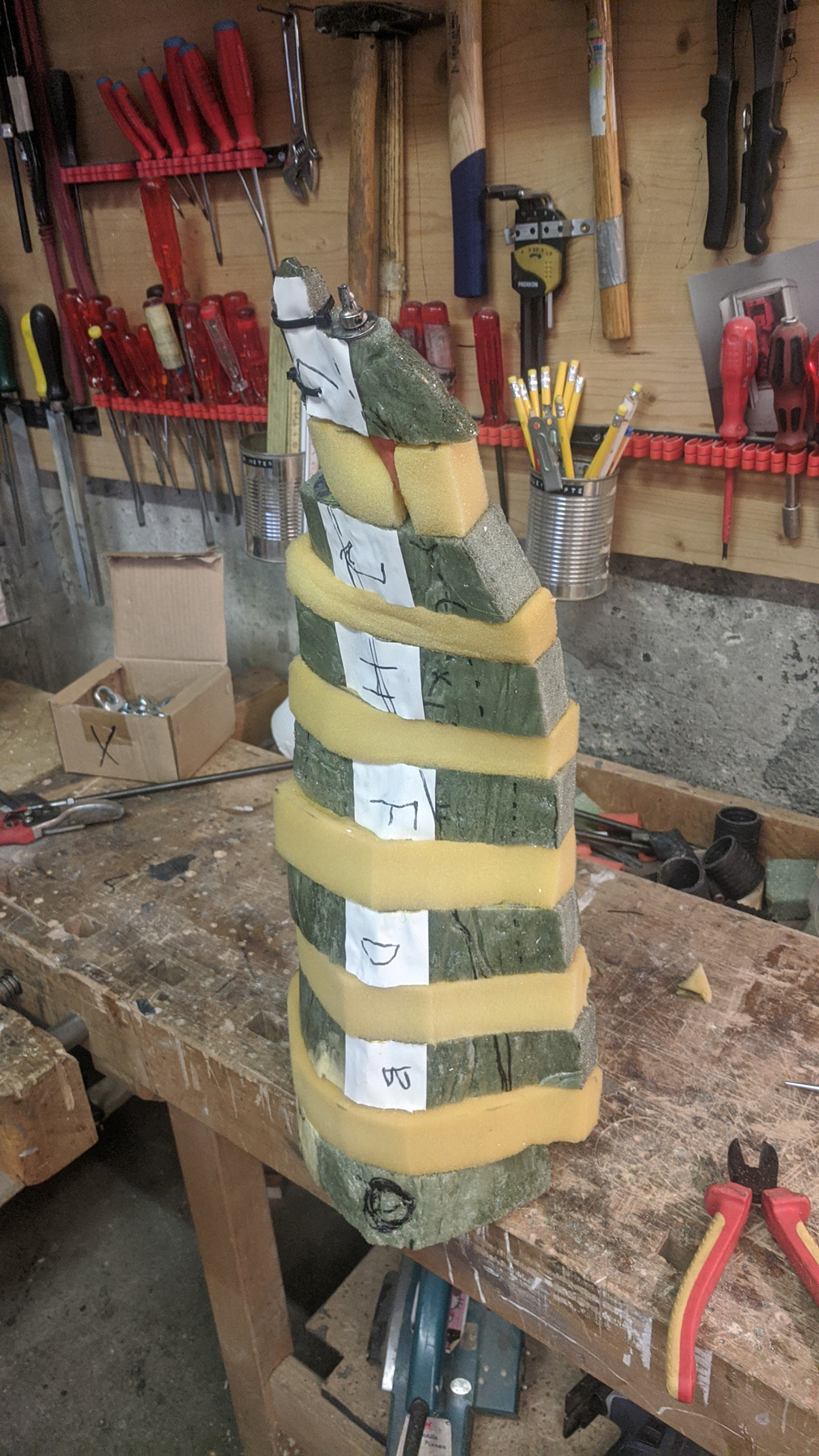 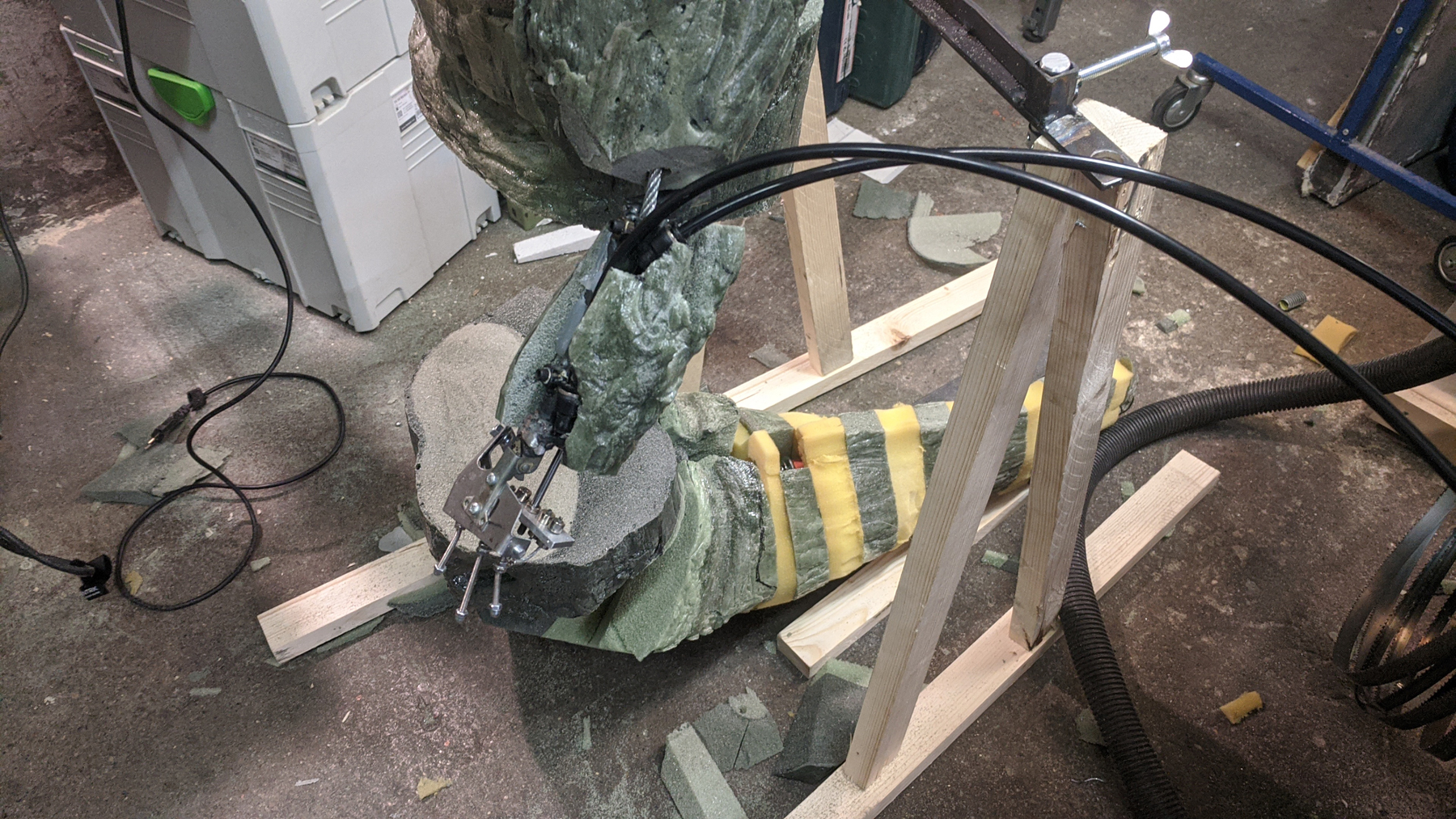 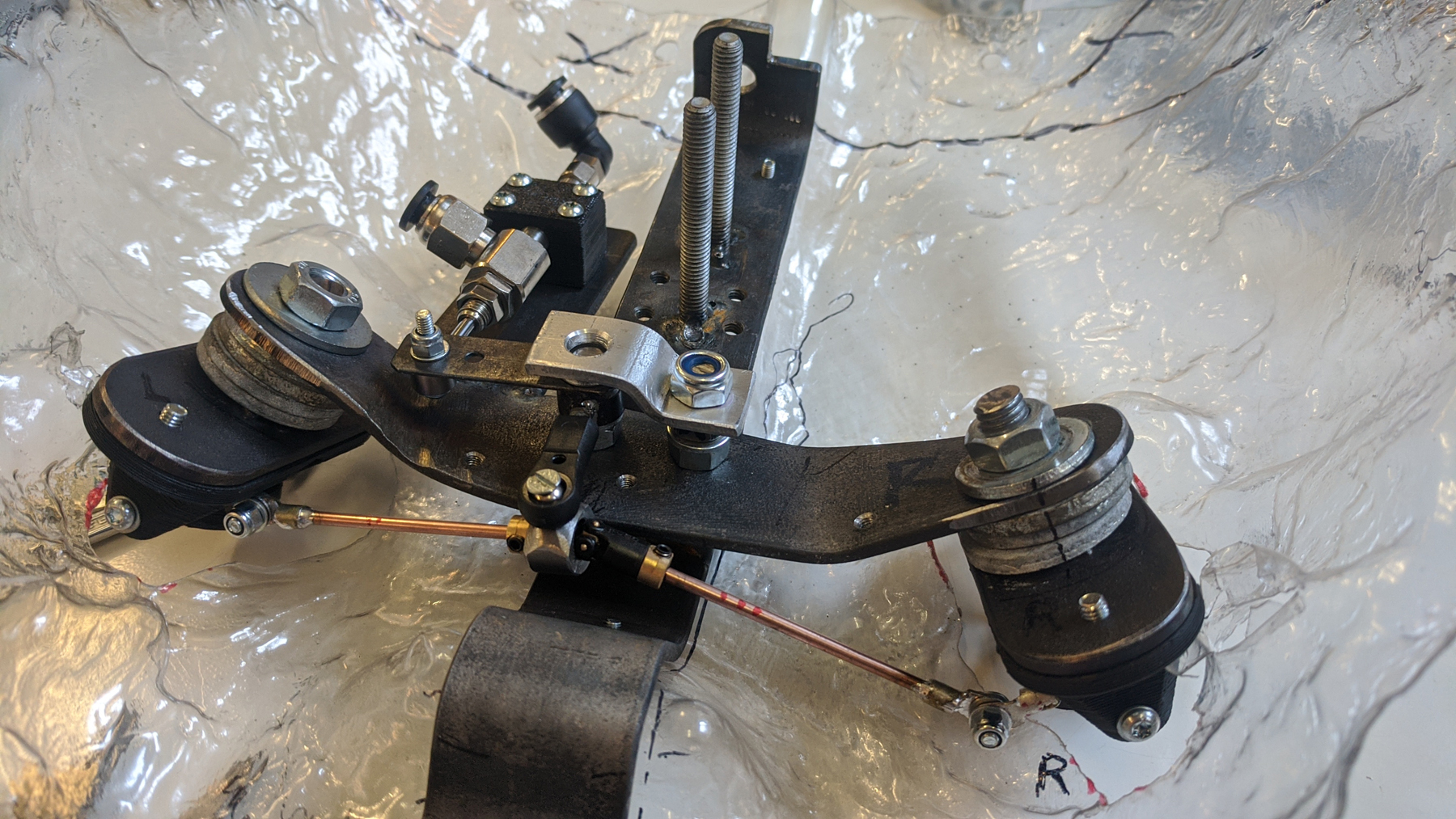 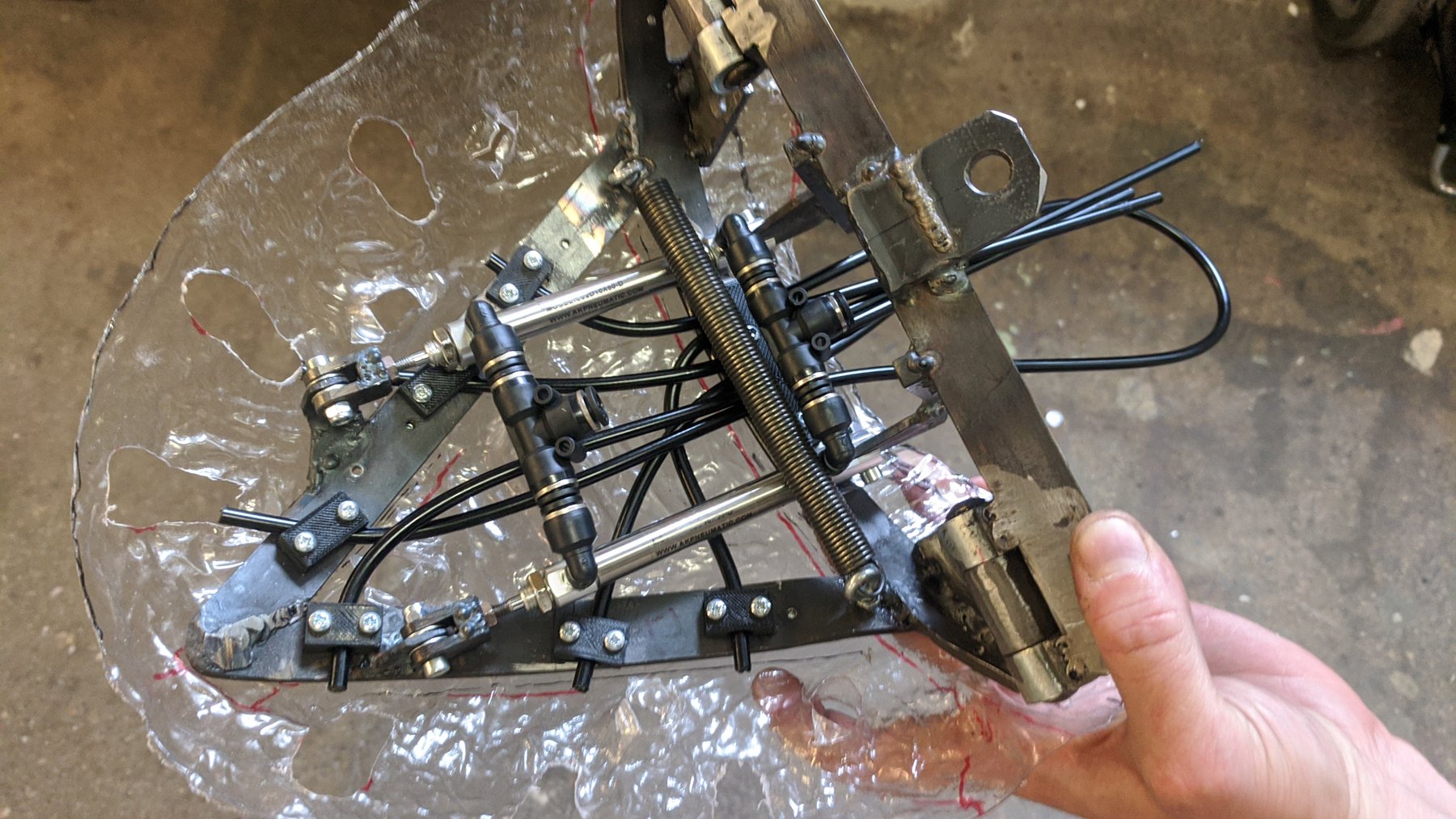 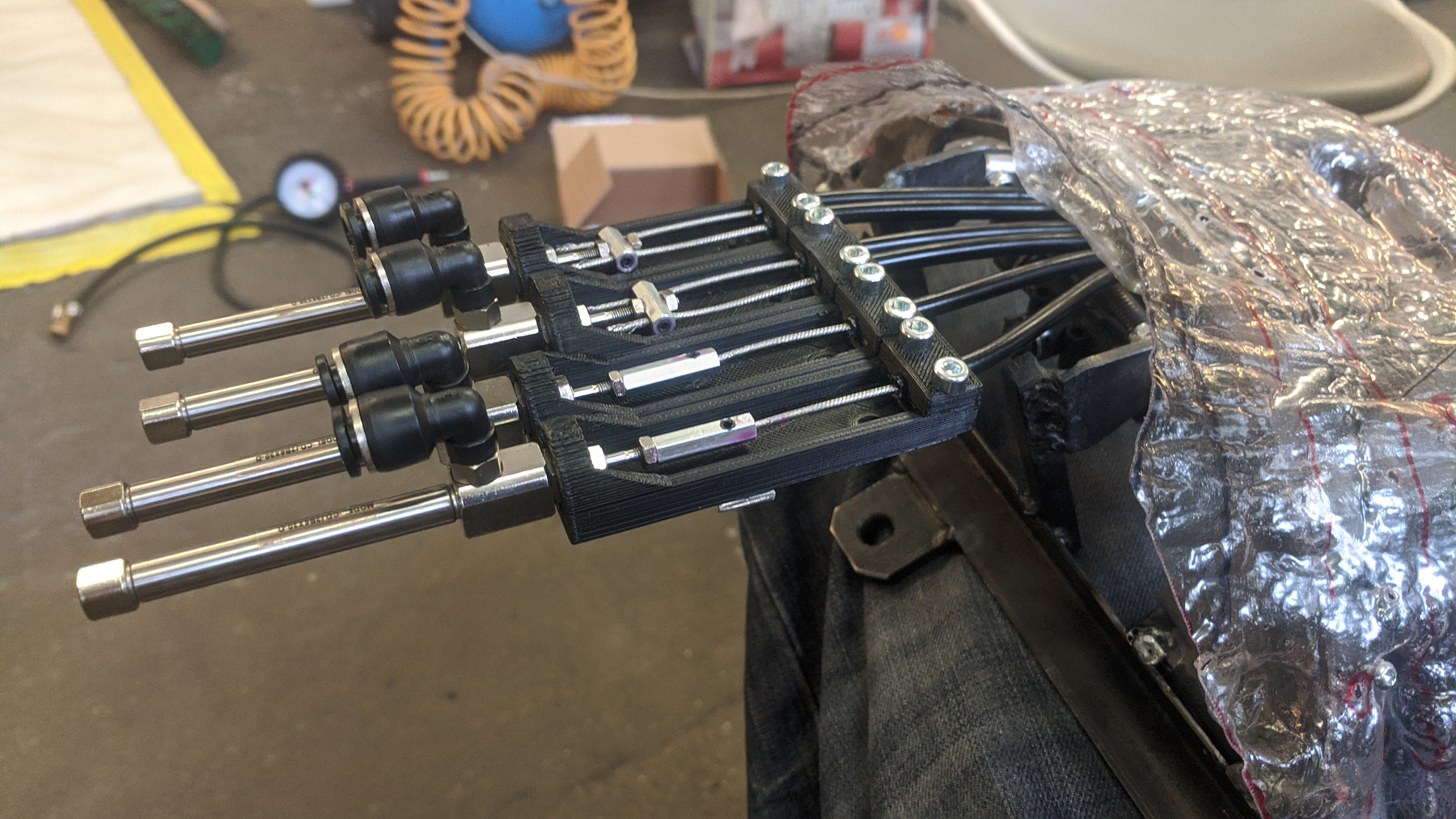 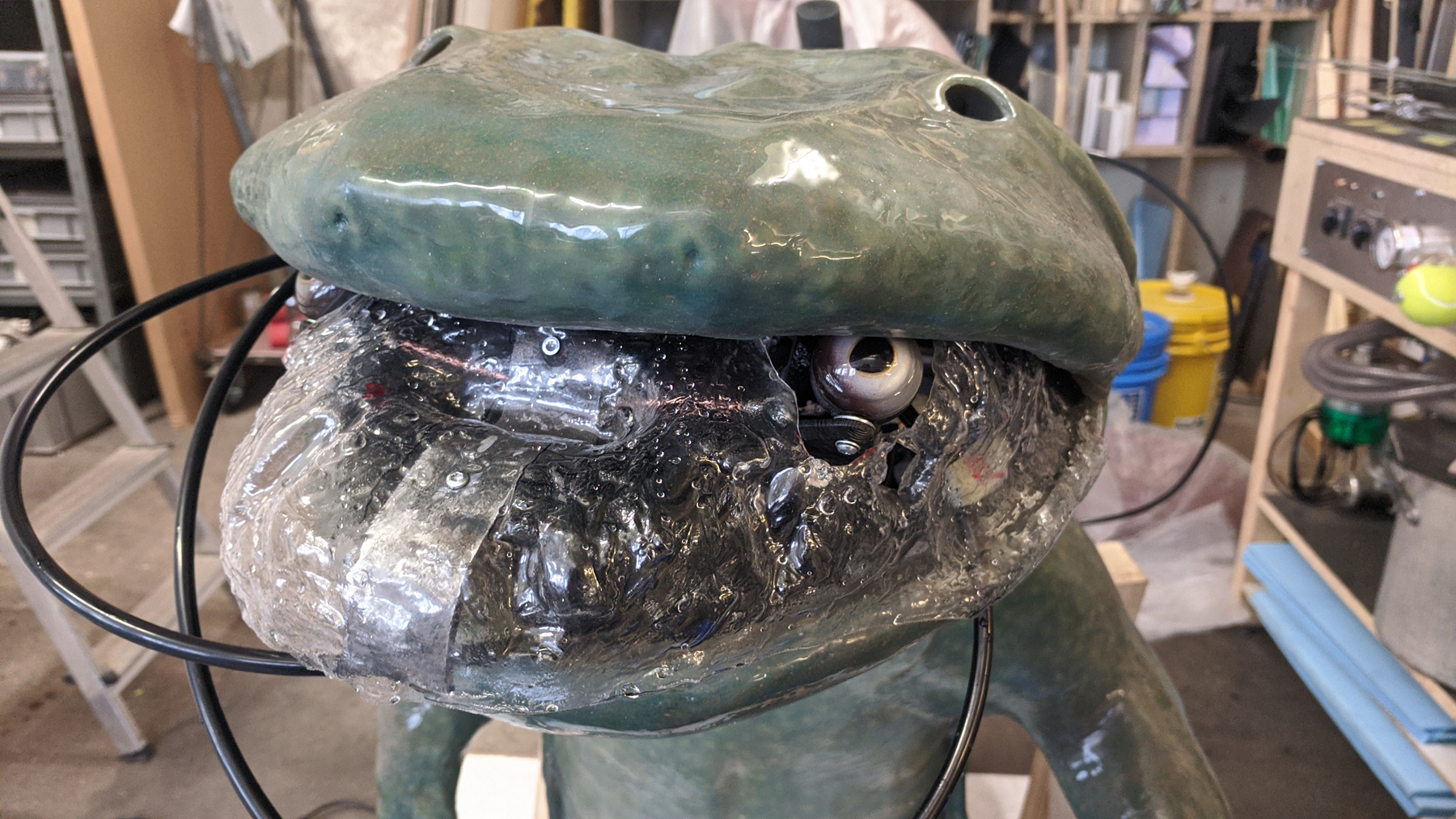 We just had the one puppet, and it had to make the movie possible. The movement had to be restricted and simplified, as it was designed to be a one-size-fits-most gag.
Puppeteering was really difficult, as the movie was shot on 16mm, and all of the angles where needed, but some impossible to shoot. We had no SFX supervisor on set, and did not have a video playout, so were restricted to what we saw by eye, which sometimes, was not a whole lot.
The shooting: 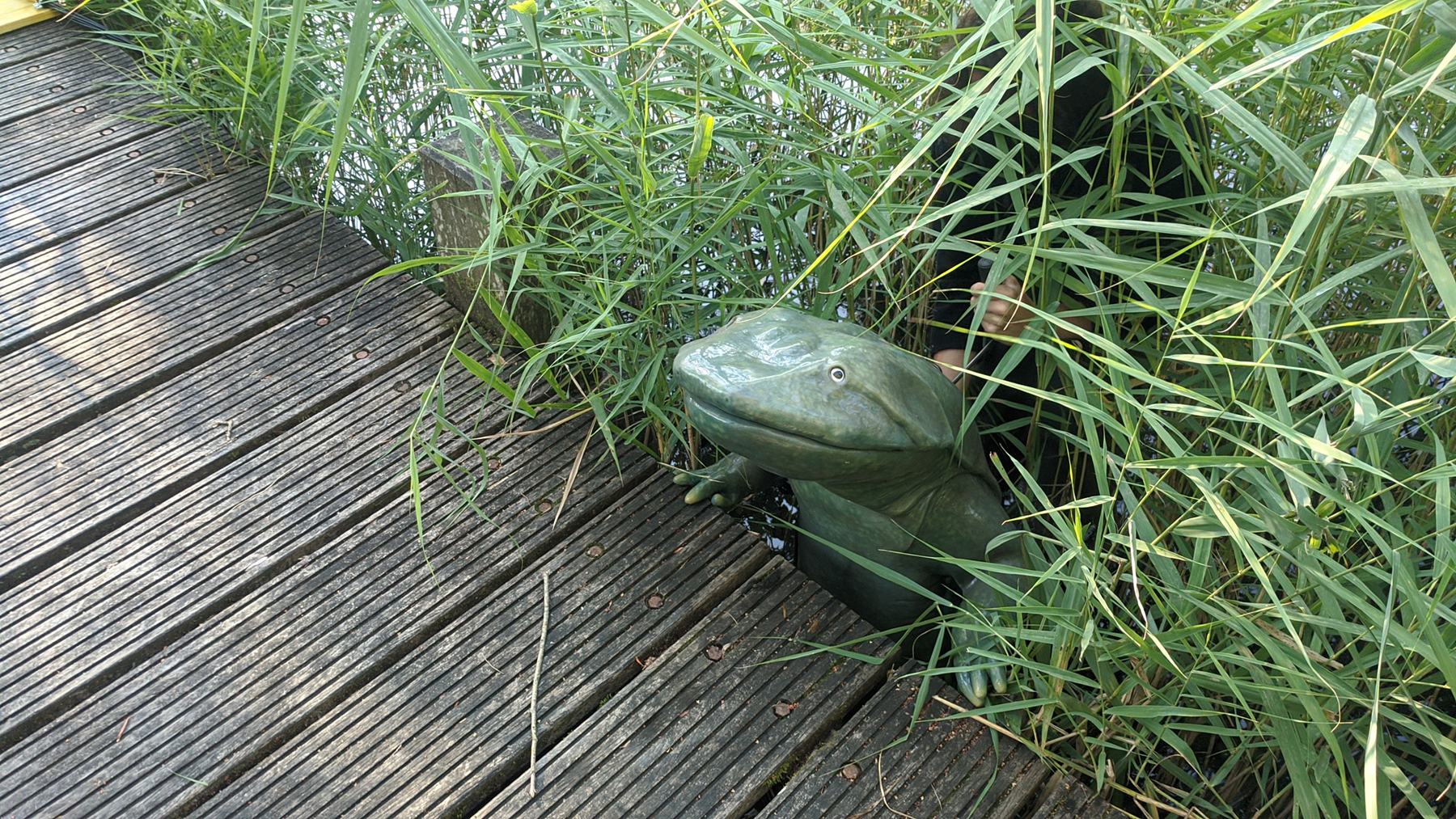 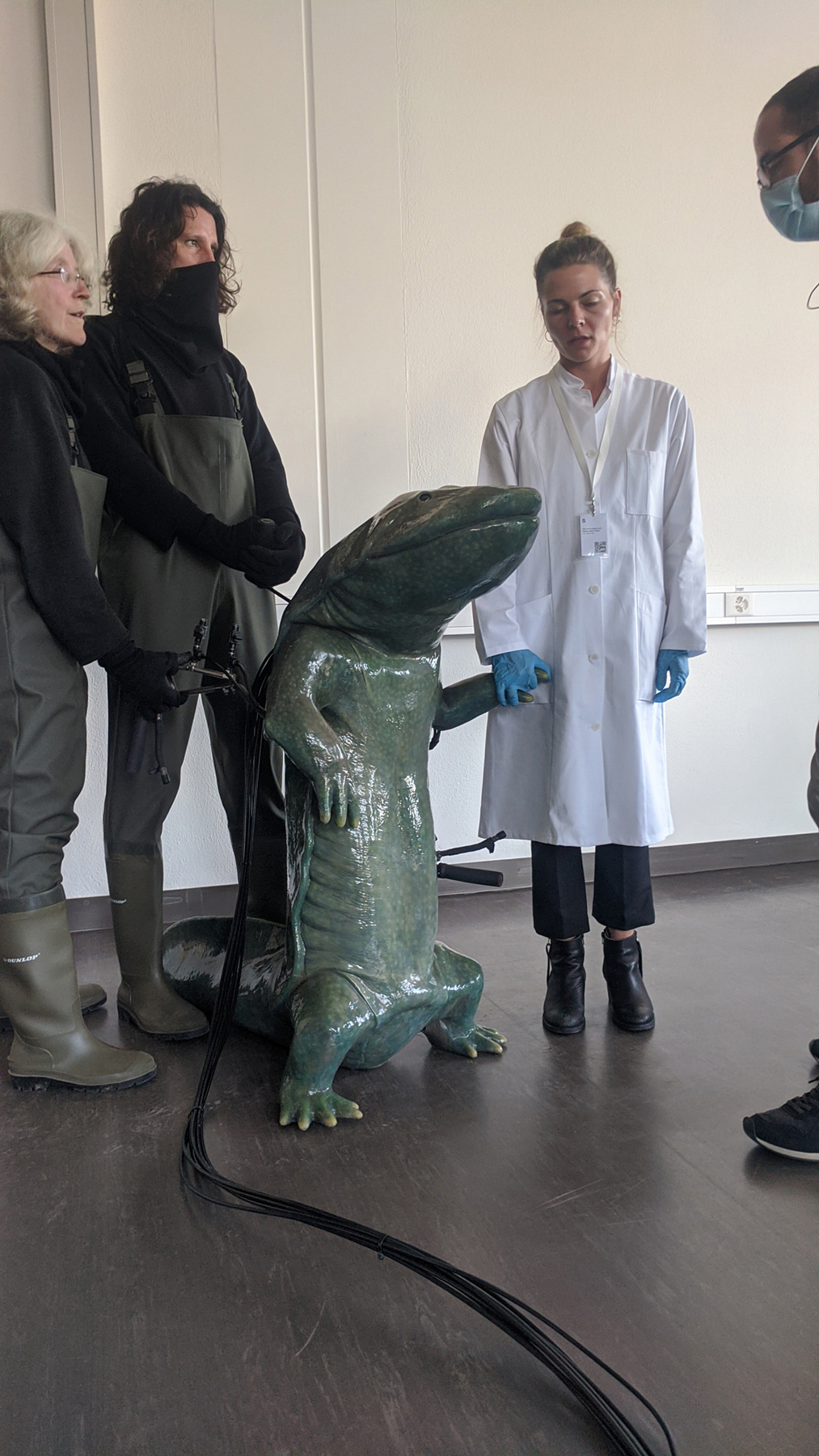 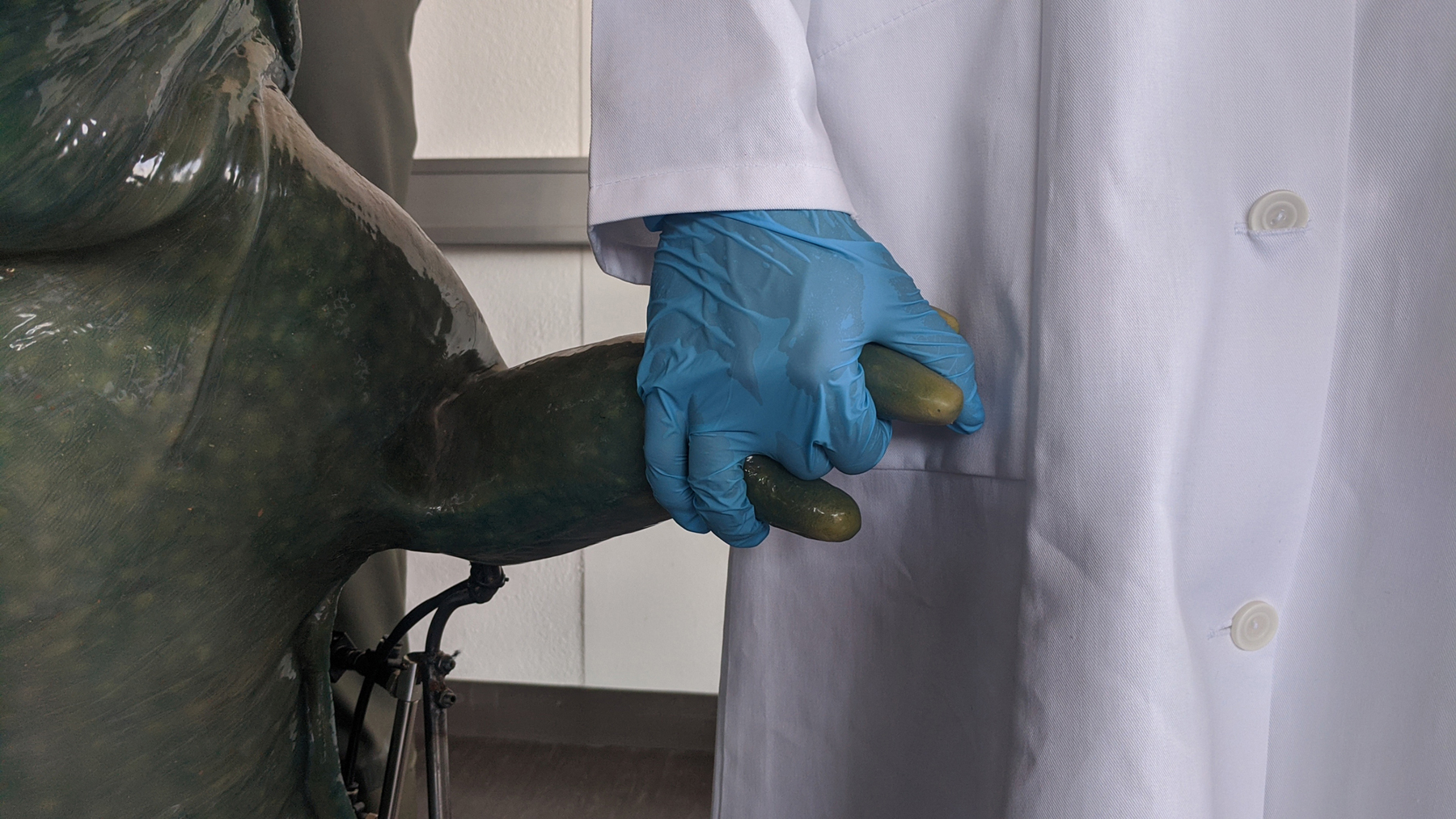 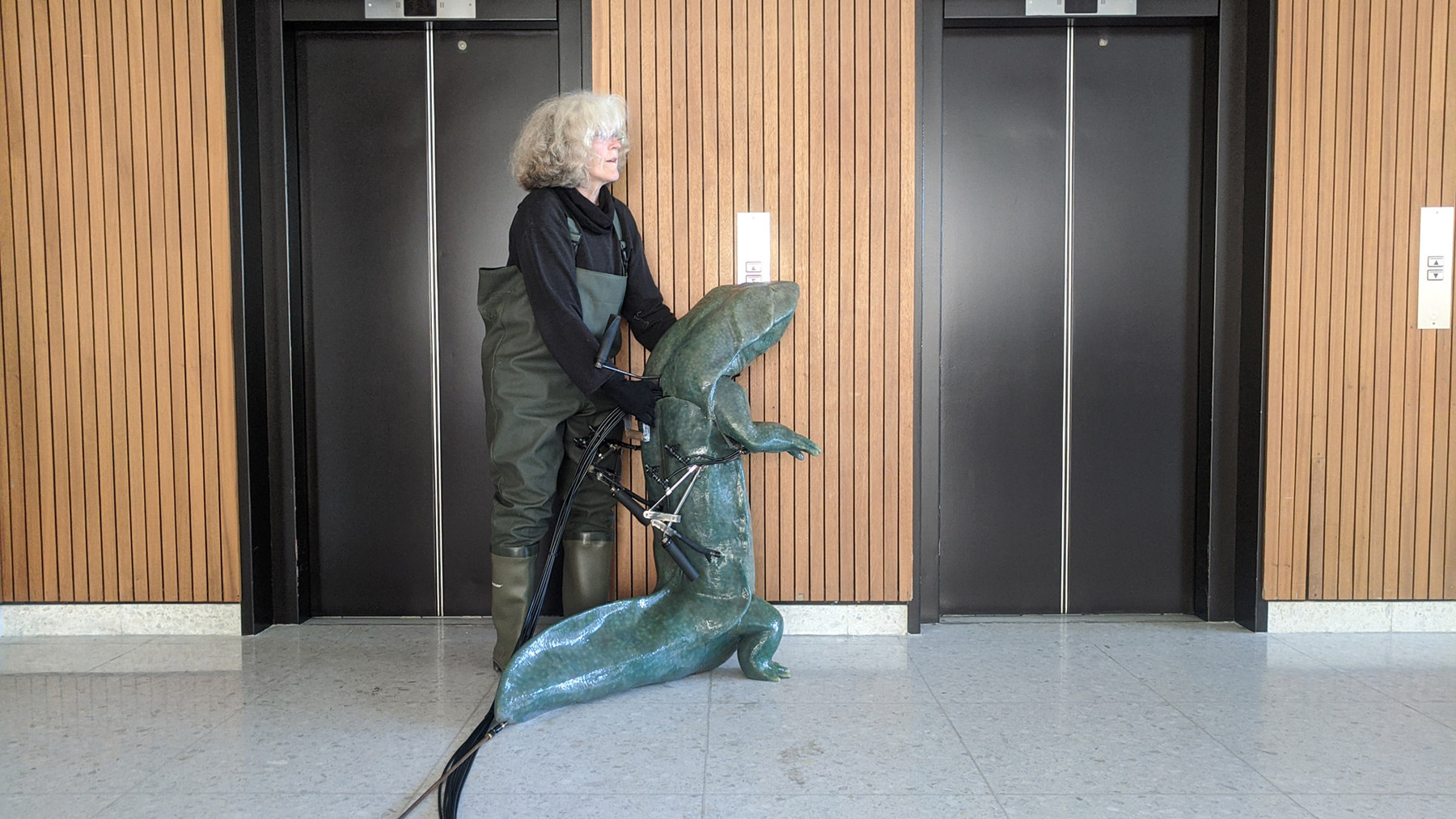 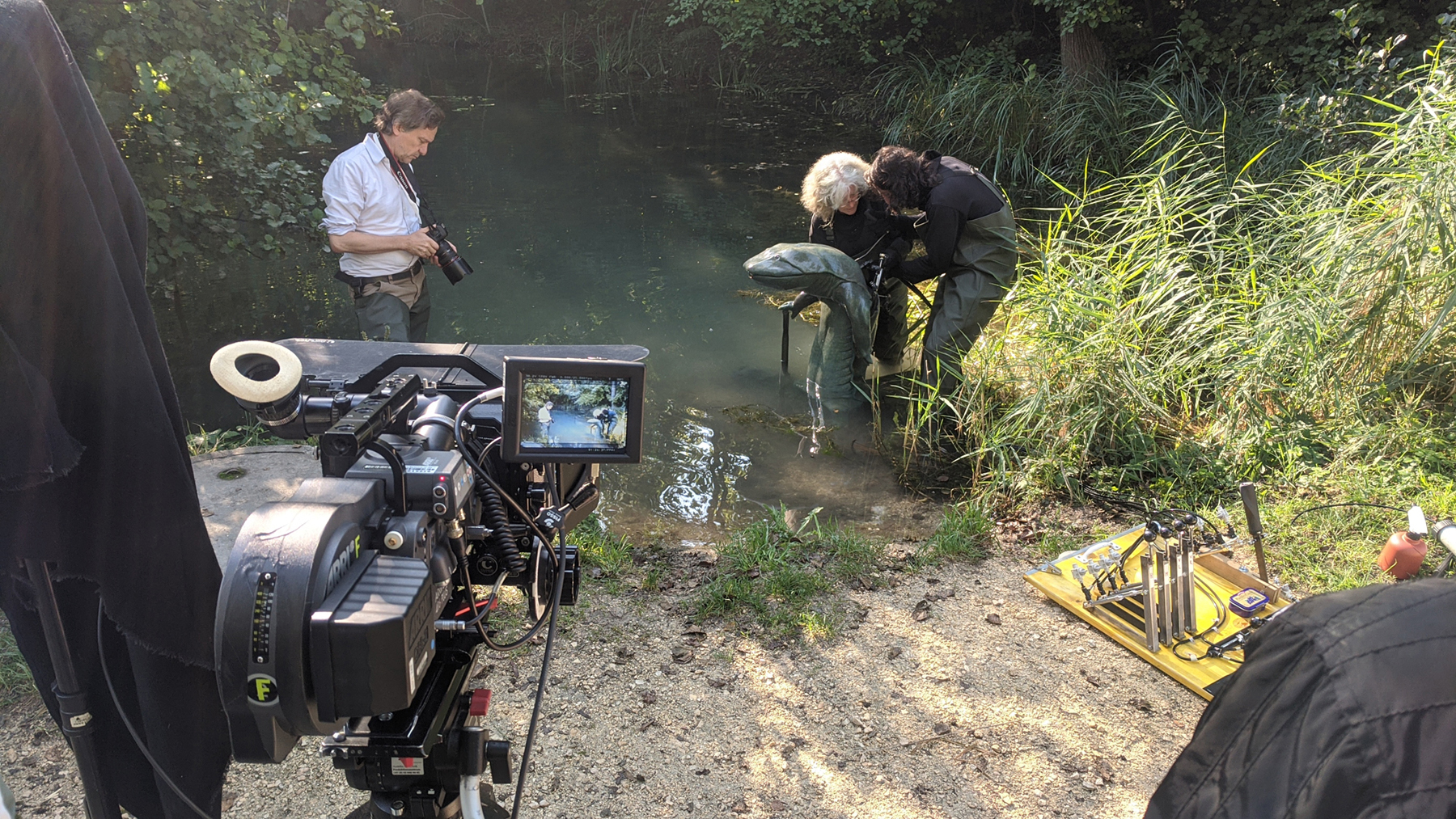 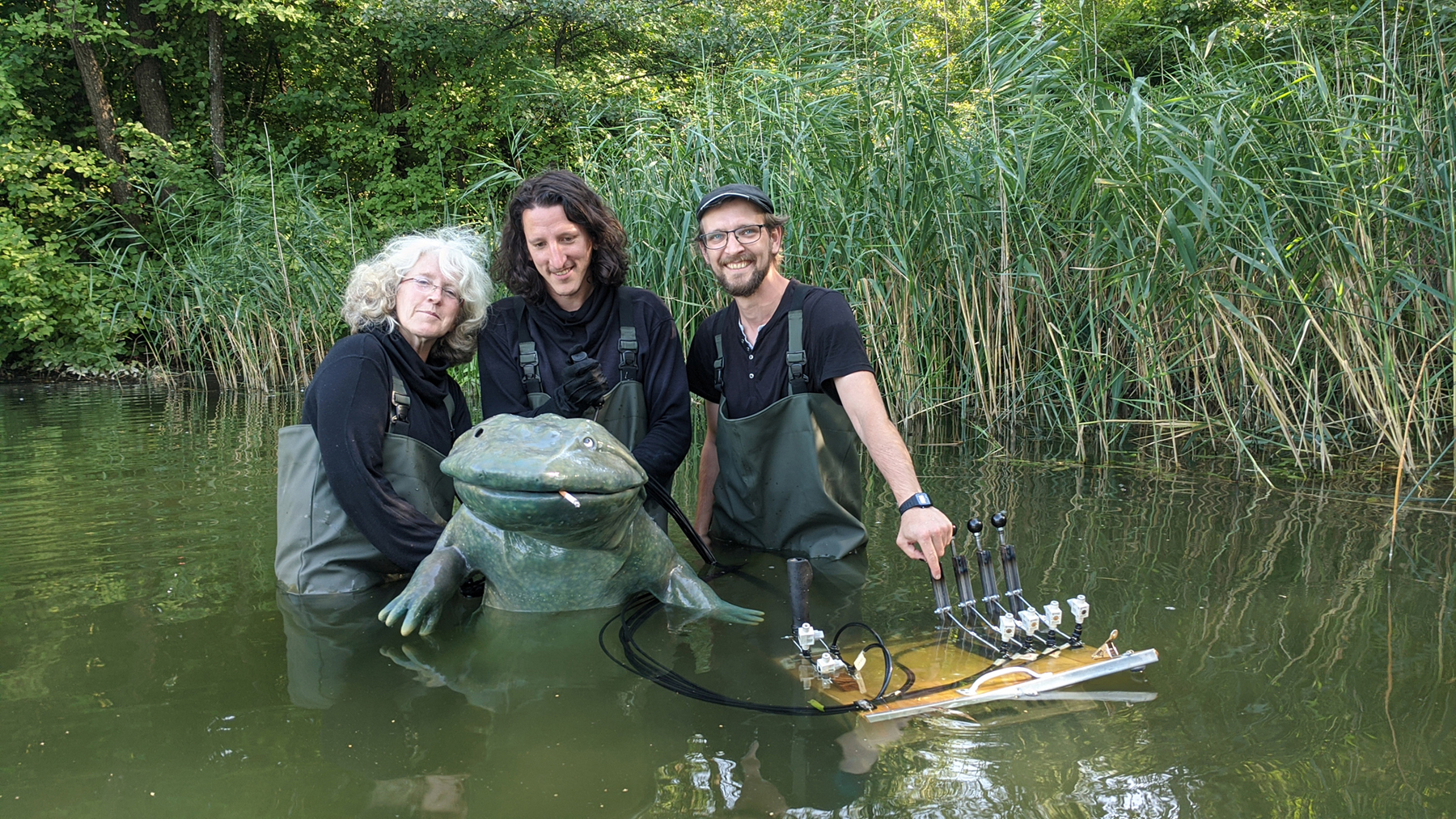 Thank you for your time and consideration!
---------
This animatronic rod puppet is made by the following people:
- 3D by Lisa Bruggmann https://www.lisabruggmann.ch
- Mechanics and drawings by Fabian Lüscher https://www.fluescher.ch
- Paint by Moises Bürgin https://linkedin.com/in/moises-bürgin-700a0ba5
Puppeteering by:
- Tobias Bienz https://www.swissfilms.ch/de/film_search/filmdetails/-/id_person/8549D294682646B28DC9D5DEEF6BB84B
- Ursula Bienz https://www.figurentheater-winterthur.ch
---------
1