This will be my  3rd Entry  to the  Creature painting Contest.

It is an  extraterrestrial creature i`ve  done for a small indie production.

They wanted to have   kind of a   "stupid"- only   controlled by its instincts- creature which is able  to  manipulate  the gens of  other creatures to get the ability  of doing photosynthese on  a planet far away.
The  creature should  look like a  baby, which is a few weeks old - because it was  bred in  a test tube on earth.
I had  to match  the instinct- controlled overall look with the touch of never seen in the sculpture +  the  paintjob which makes it believable.
I had references of shark egg yolk ,  different   frogs and   amphibic creatures.

The  creature was  casted out of platinum silicone and painted  with  silicone paints from smooth on- psycho paint and silc-pic pigments.

Different washes  and  paint additives were used to achieve the final glossy look.  I worked with an airbrush and small detail brushes. 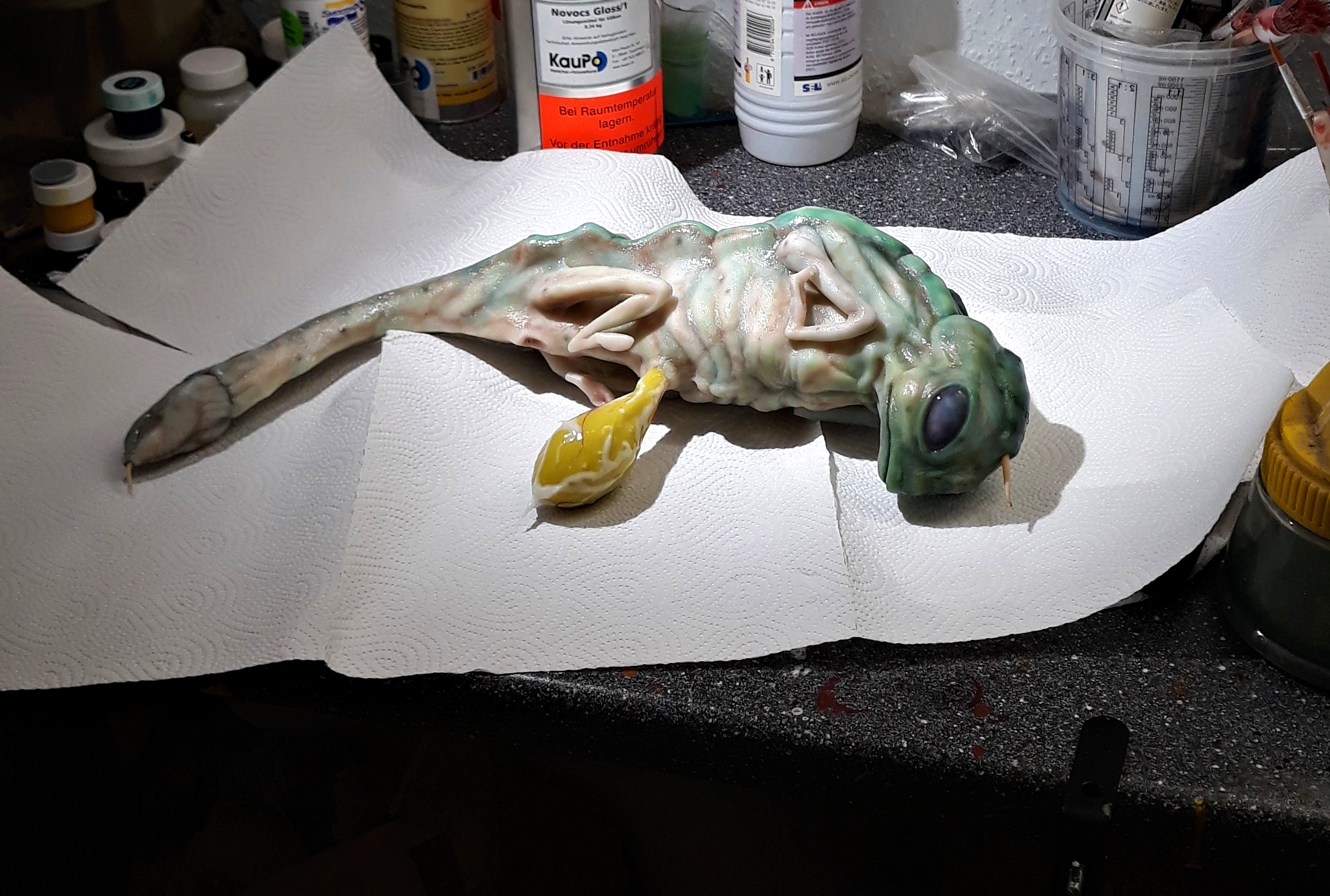 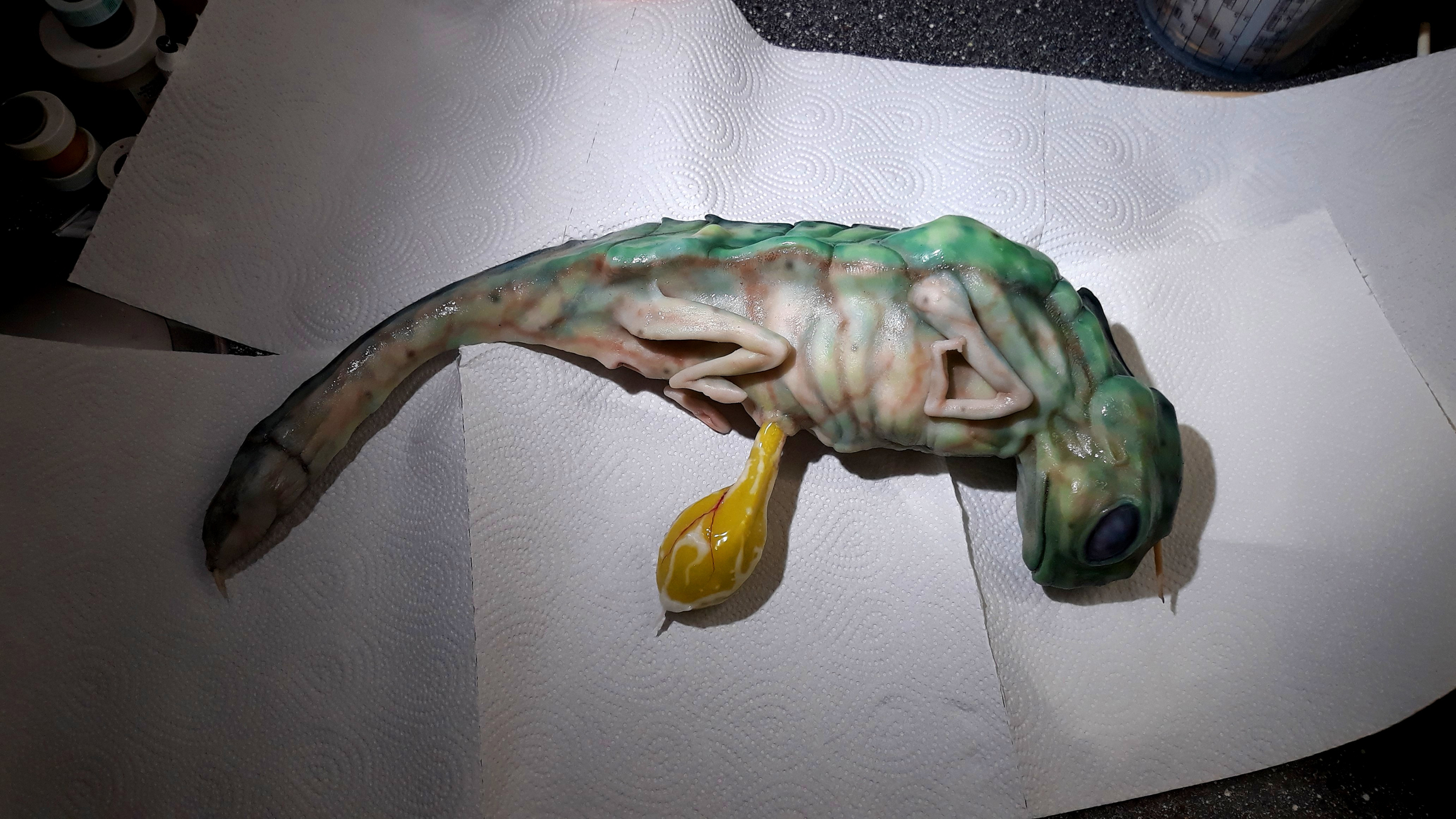 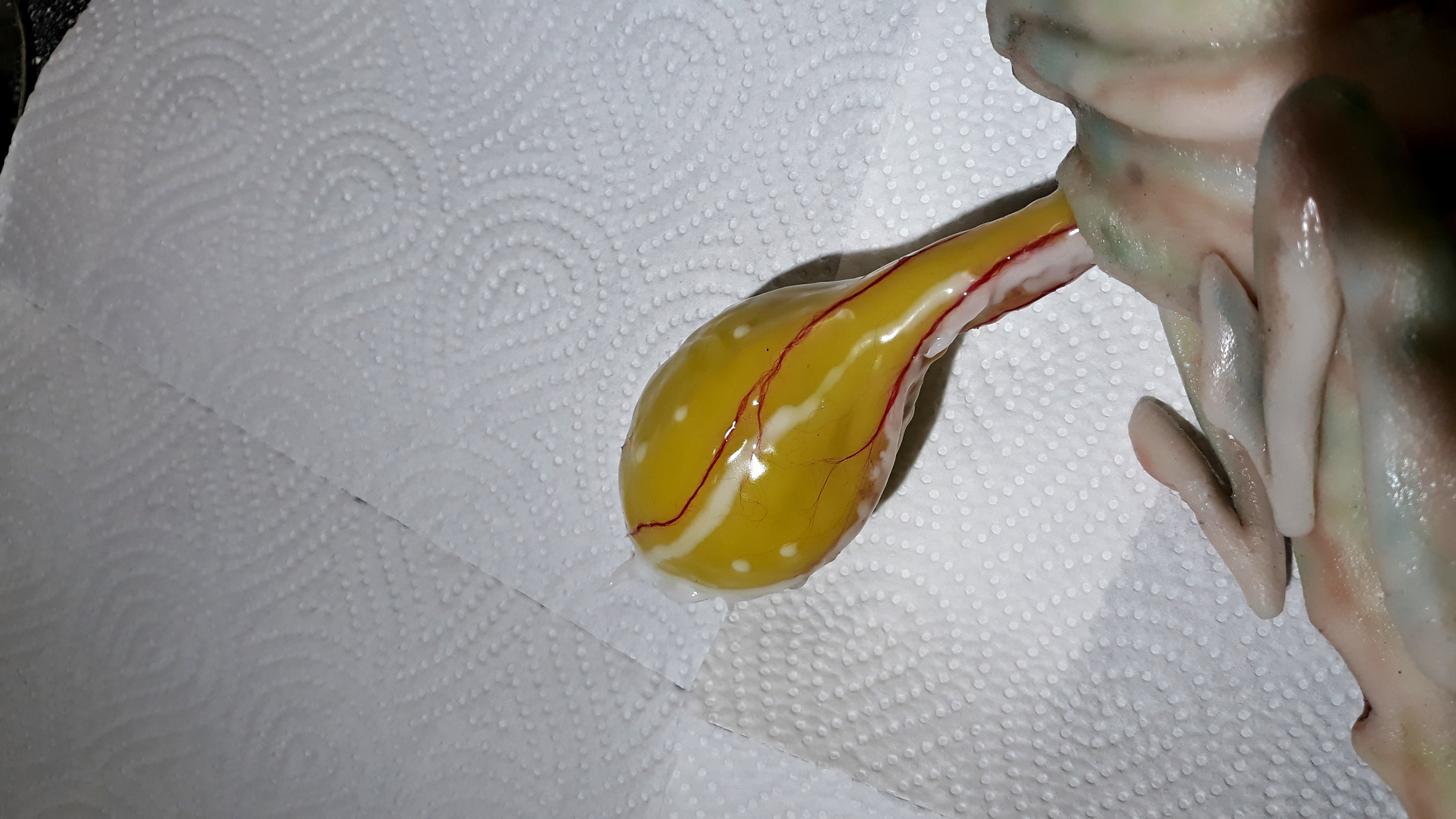 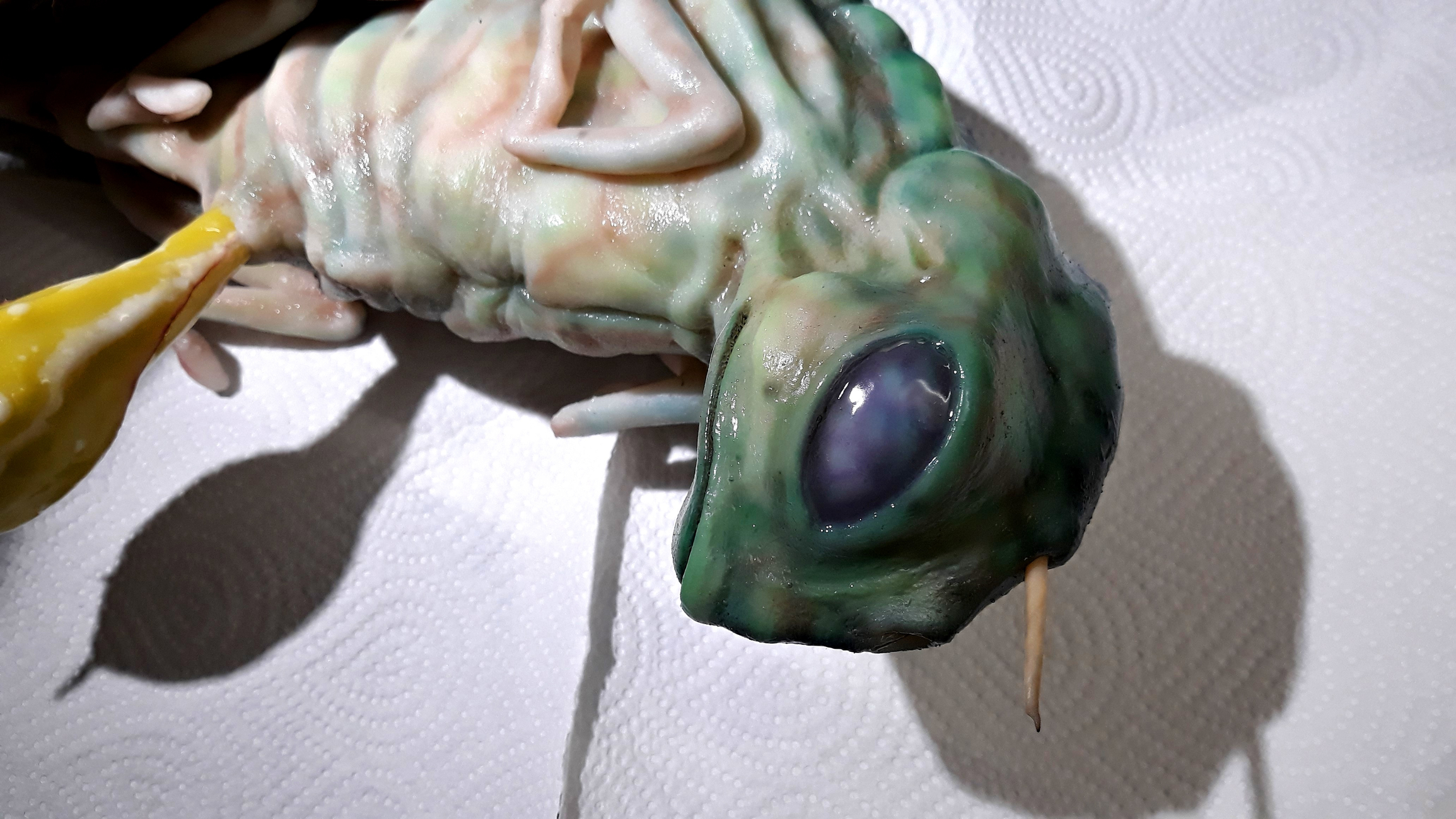 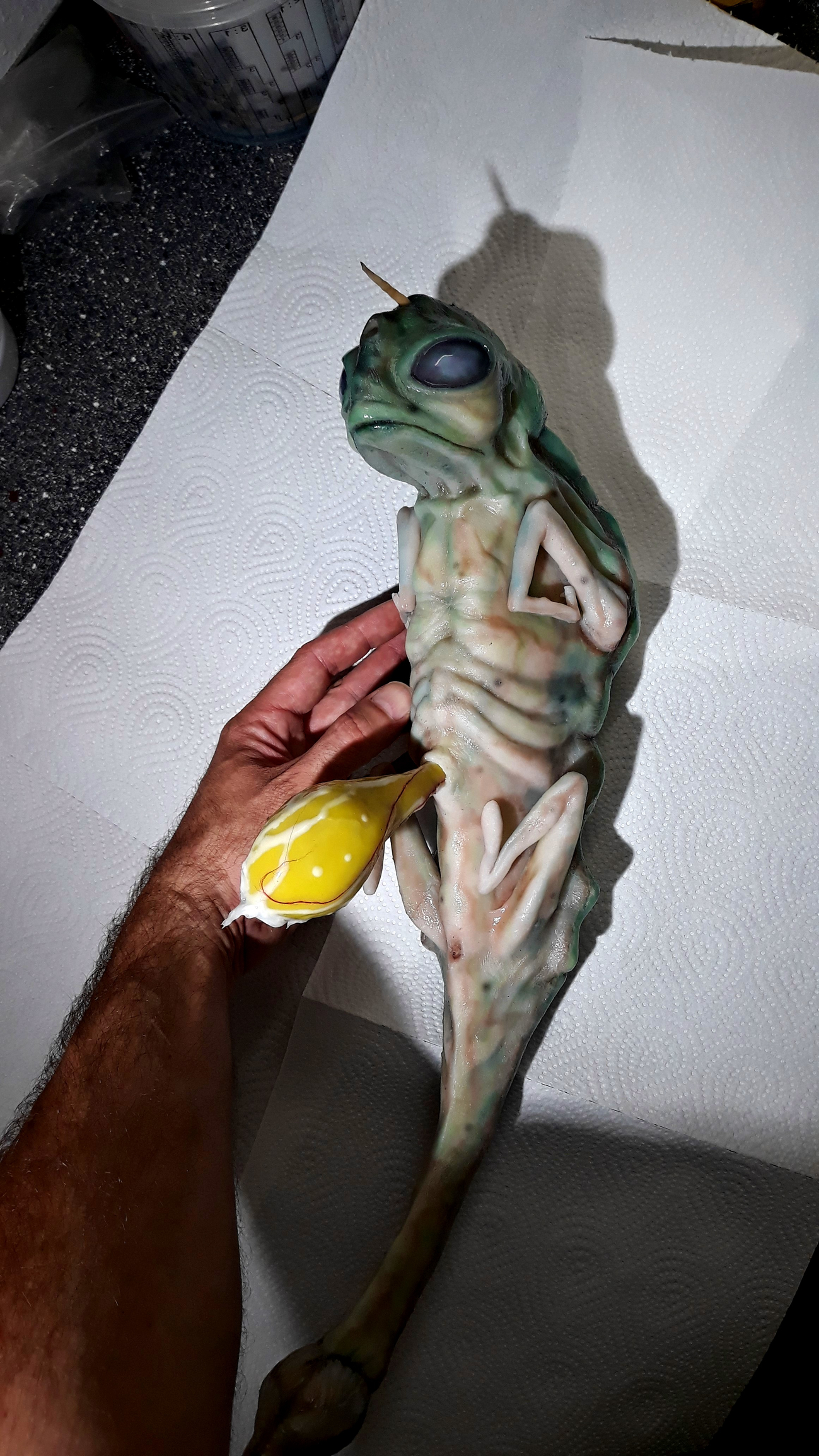 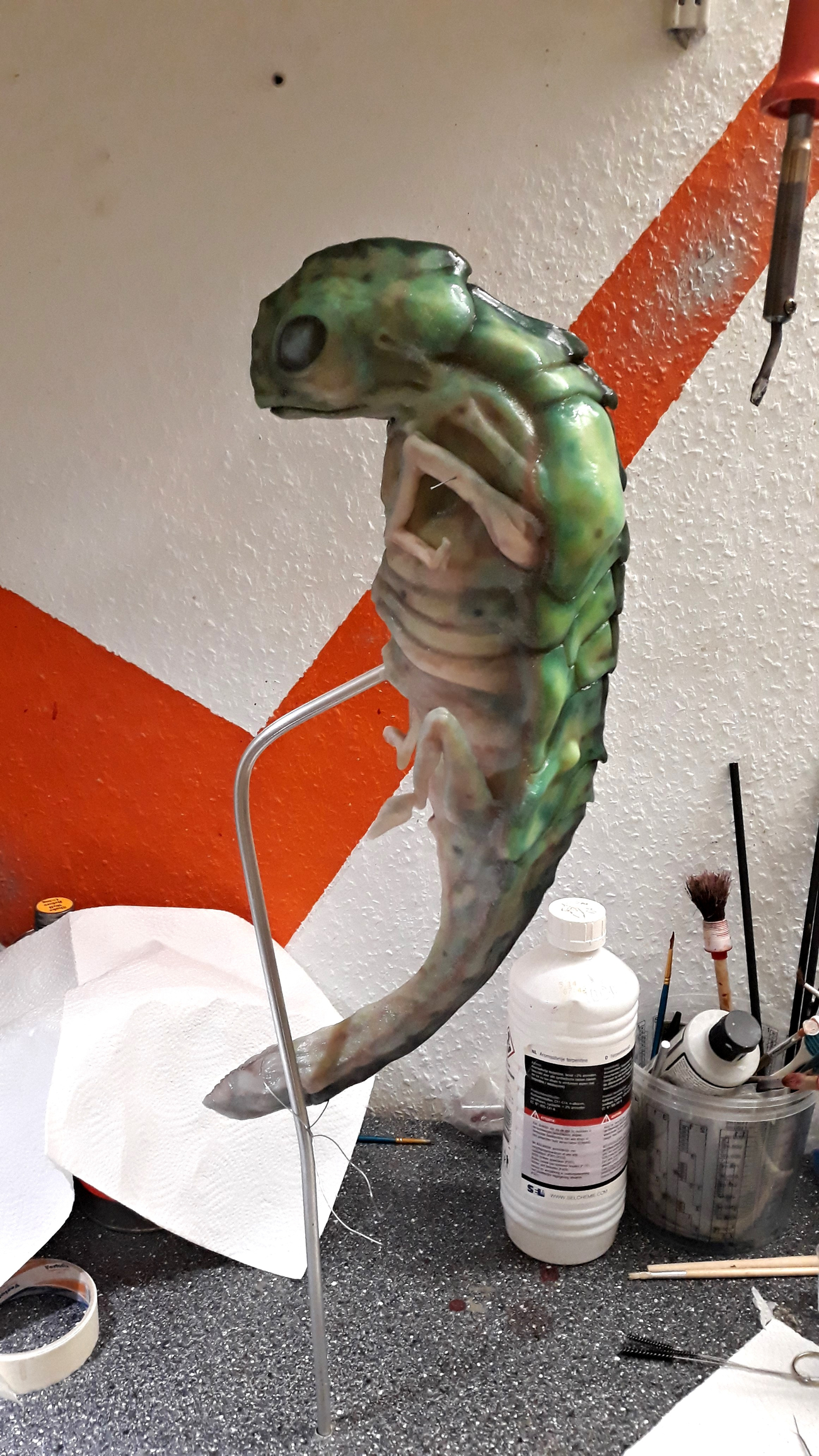 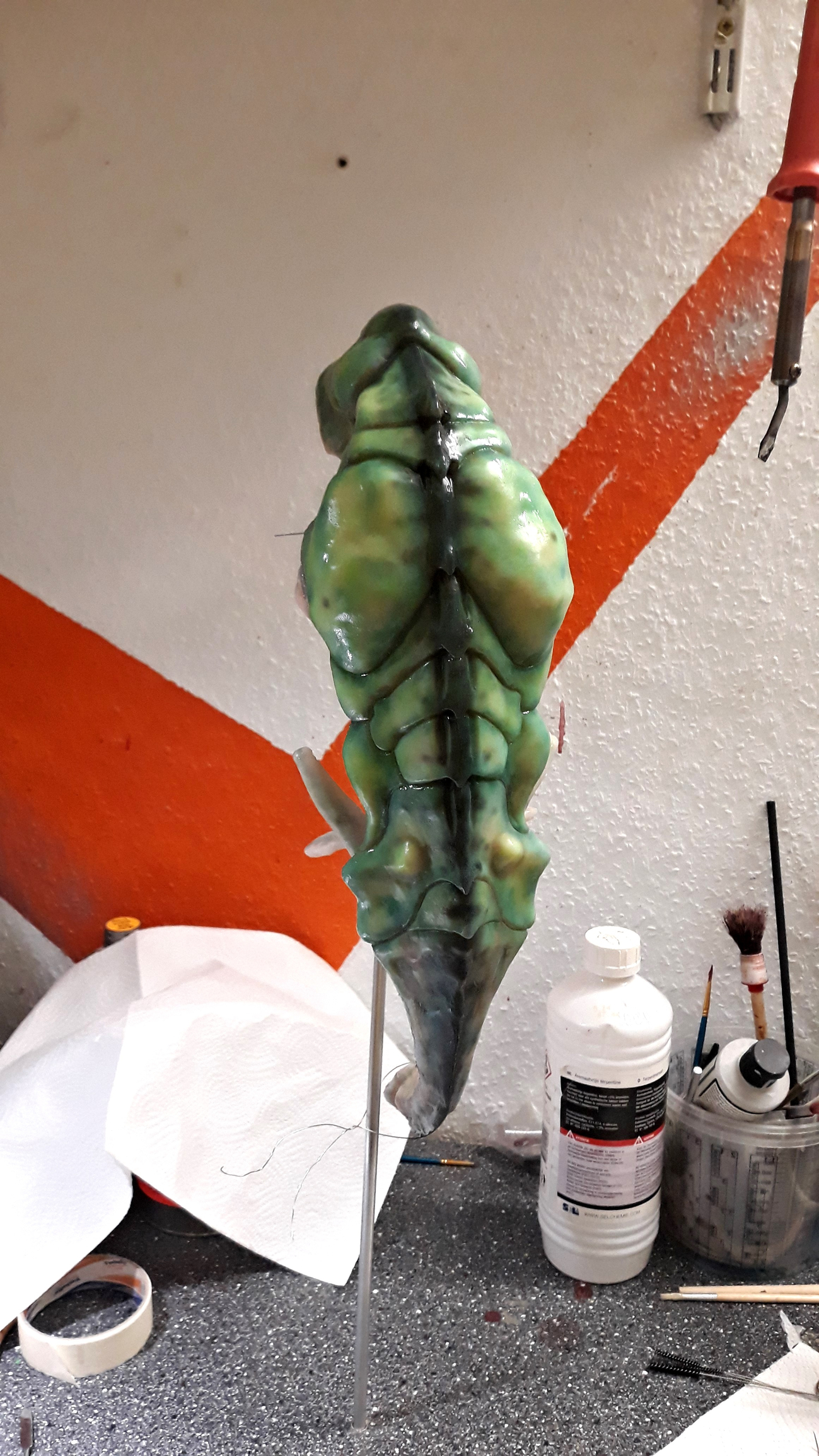 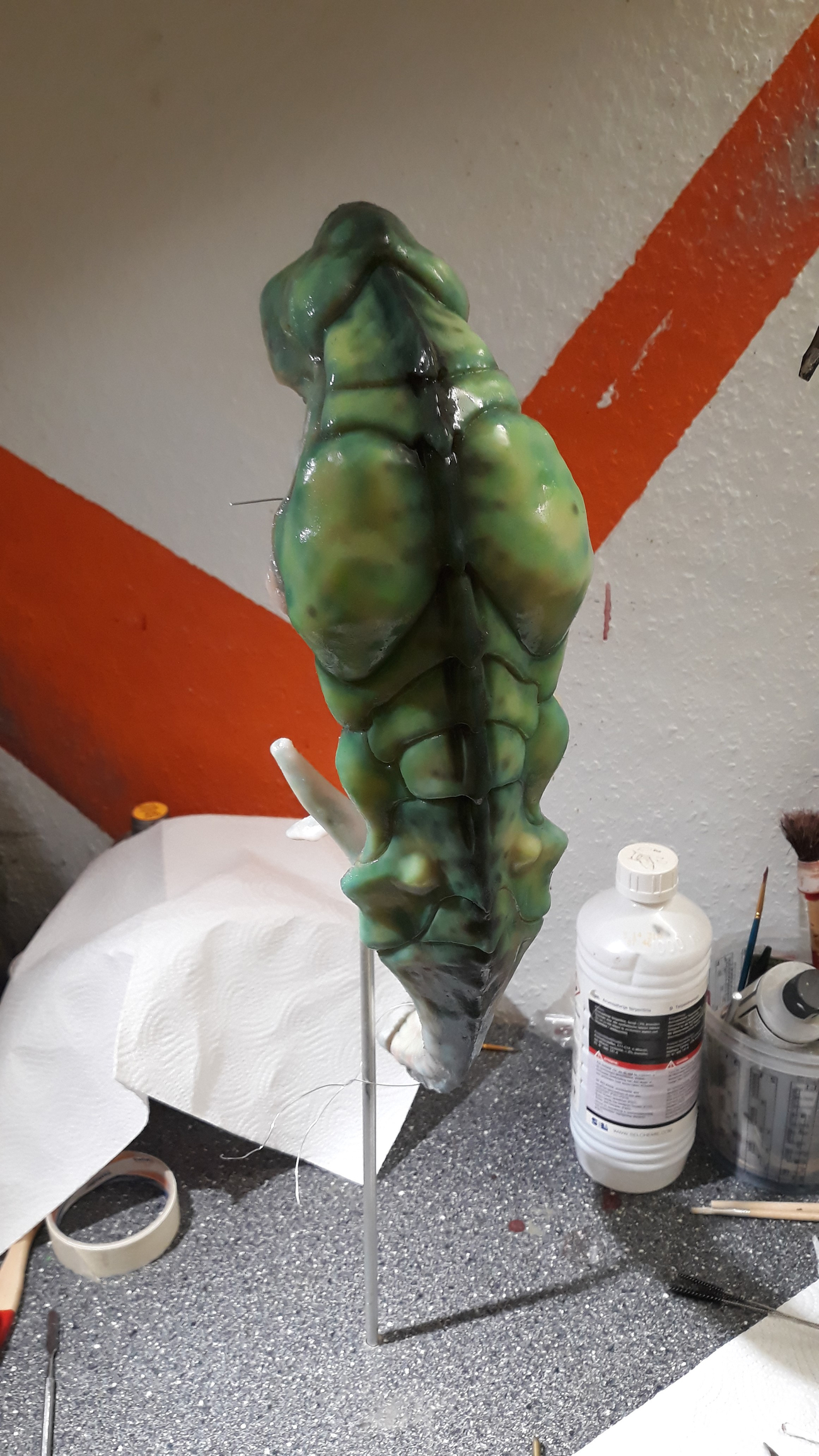