Natasha Iwashkiw ✭
November 2018 in 2018 Halloween Costume Contest
Here's my original design of a dragon hunter. Here's her back story:
Roshanka, an elven thief with an obsession for beautiful things, snuck into a dragon’s hoard to loot precious jewels. Unbeknownst to her one of the treasures she stole was no ordinary jewel, rather a vary rare dragon soul. The theft came with a heavy price, to become that which she stole. Livid with her fate, Roshanka hunts with a vengeance to destroy the dragons and their kin. With each dragon she kills she grows stronger. Absorbing their powers with each kill, a reminder of her conquest appearing on her armor. Will she complete her quest and rid the world of dragons before she becomes one herself, or will her fate claim her, forcing her to live among those that cursed her.

The costume is my own original design made primarily with black worbla and craft foam as well as Thibra for some of the detailing. The dragon heads were sculpted by myself before being covered in black worbla and adding further details. I was able to peel the worbla off the original sculpture to create a lightweight hollow sculpture. The under armour was created from a leather embossed in a crocodile texture which I then painted. 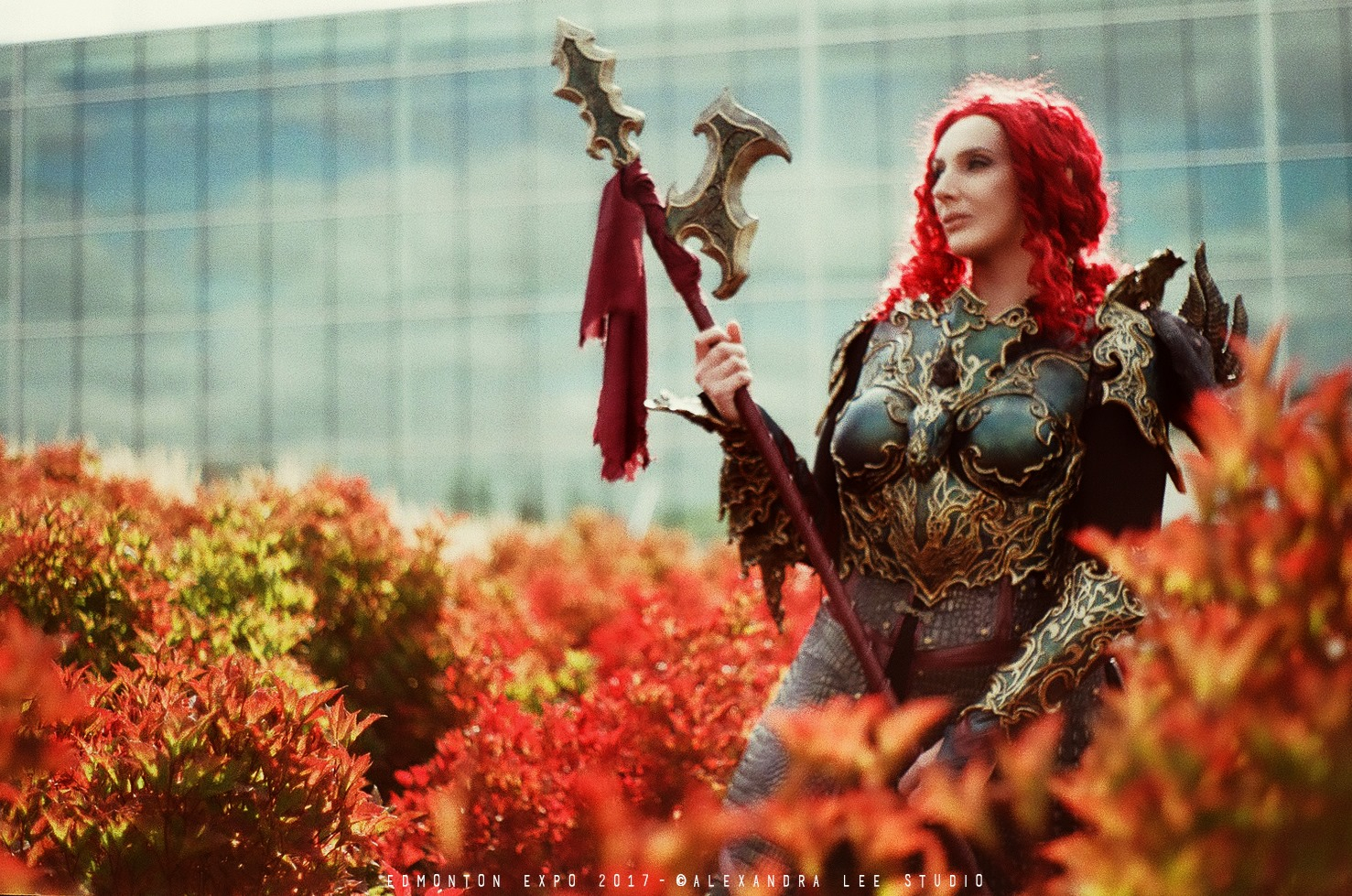 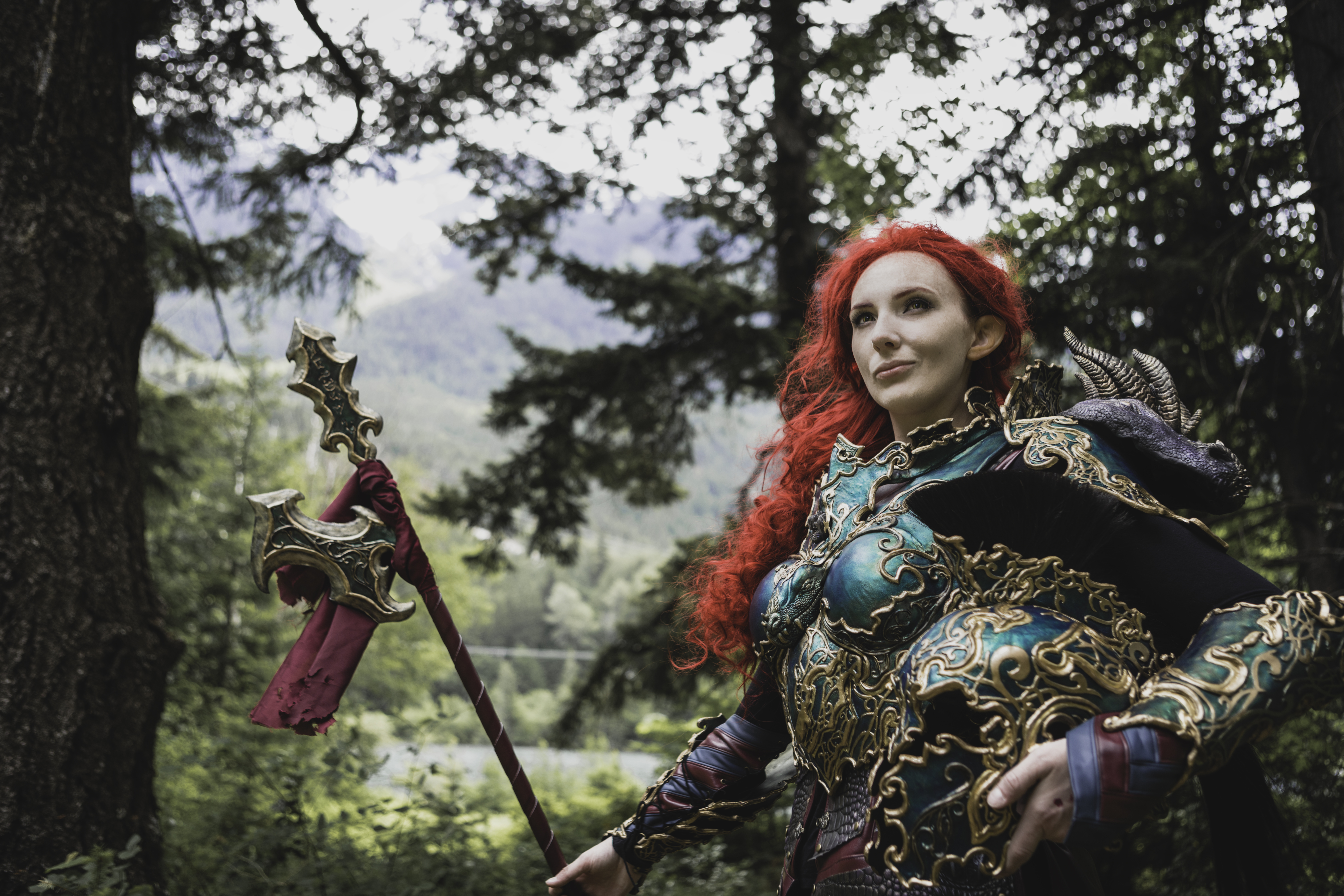 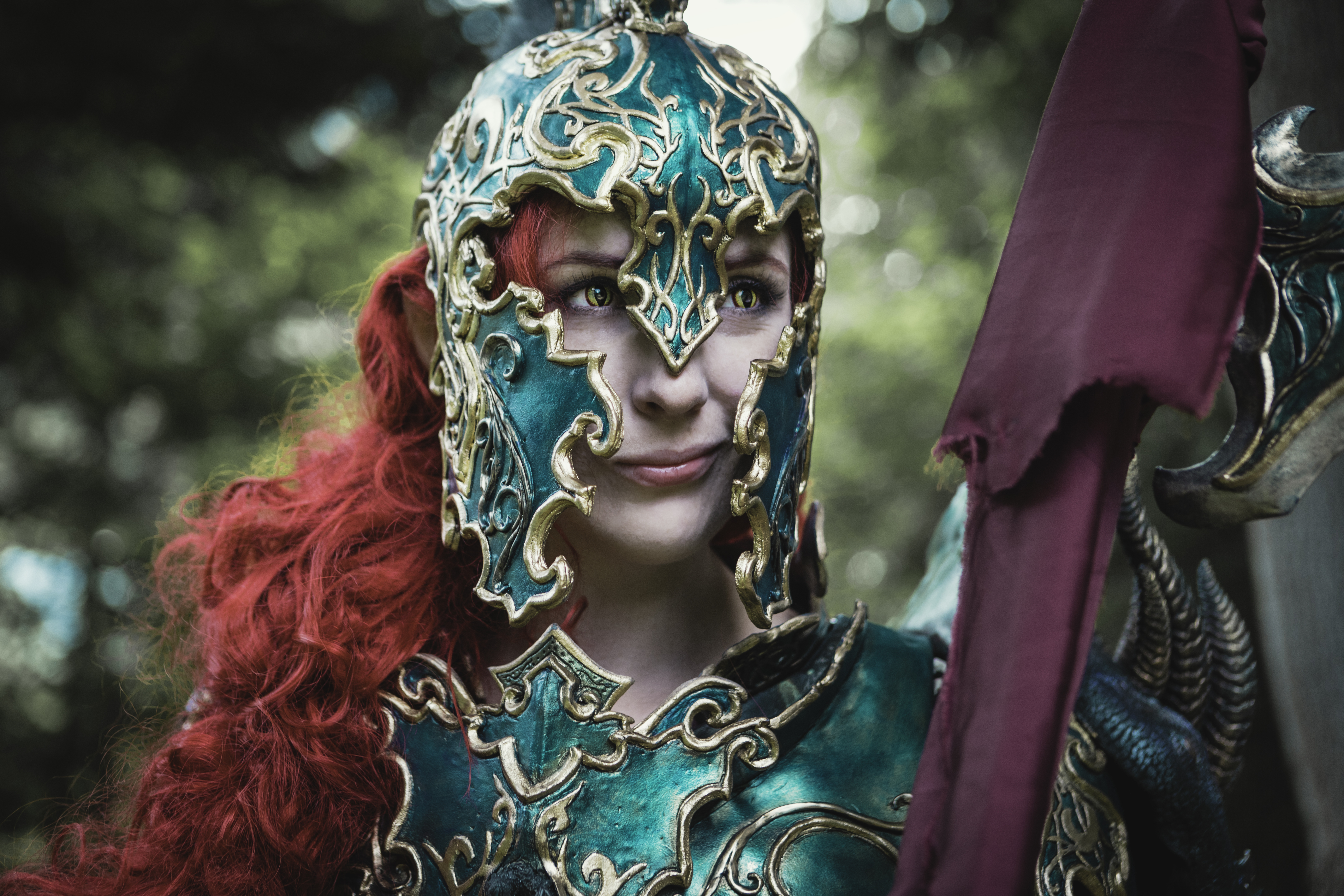 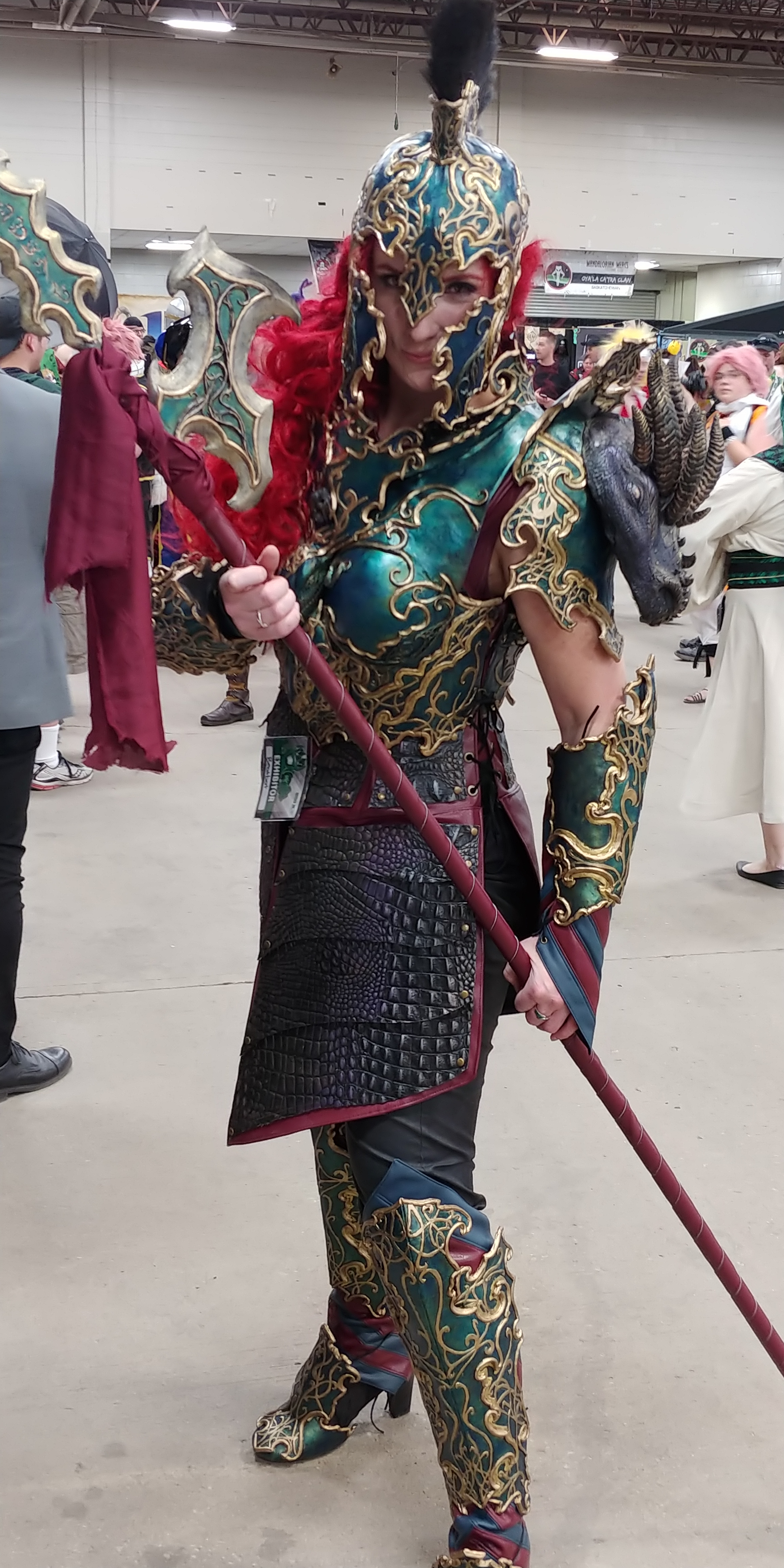