I played around with VSA 5.0 Pro (Win7 64 bit) this morning and figured out the servo reverse feature. It is not done on the SETTINGS page (the page where you define the servo range of motion, default position, comm port & type of control board). It is done on the TRACK ADJUSTMENT page. To keep the normal settings of movement, the SCALE VALUE should be set to 0. To reverse a servo, the SCALE VALUE should be set to -1. I just tested it and it works.

As for joystick programming, I have found that plugging in the joystick before booting works best for VSA to see it. You have to define all the servo settings before programming and make sure your servo controller is powered up and connected to the servos.  VSA 5.0 Pro can program (capture) up to 4 servos at one time (Ultimate can do 16). I have programmed two at a time for eyes (Up/Down) and neck (left/right). You could also use two joysticks at time to program 4 axis at a time. Under the EXECUTION menu, select CAPTURE EVENT. On the CAPTURE EVENT page: select which track you want to program, select which axis or button on the joystick you want to use. I'd keep the ACTIVE BUTTON the default (Typically it is the fire button on the joystick). If you want to add another programming track, select ADD then go through the above process again only changing to another axis of the joystick. There are some other settings you can play with. KEEP IN MIND: once you click OK, VSA will immediately go into programming mode. ALSO, remember the ACTIVE BUTTON selection under the setup? (typically the FIRE button) You have to press that button to "activate" the writing of the joystick info. If you don't press the button while capturing, moving the joystick does nothing. Also, multiple channel programming was not available in previous versions.

As for a "mix rate", not sure. Will play around with that next.

I hope this makes sense. If you have any questions, just ask! I've been using VSA for a while and for my purposes it works great. And the newest version added some really nice features. 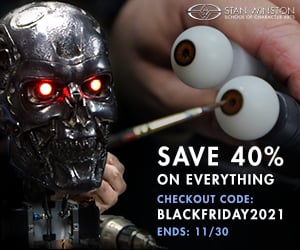