Christopher Notbusch ✭
September 8 edited September 13 in Character Sculpting Contest 2022
This is an original character sculpted with Cos clay.

An old evil wizard acquired the remains of a fallen giant. Using dark magic and engineering he brought the giant back to life to be his worker tasked with building siege equipment that the wizard sells to the neighboring kingdoms to wage war on eachother.

The entire creation of this was streamed live on twitch.tv/cnotbusch 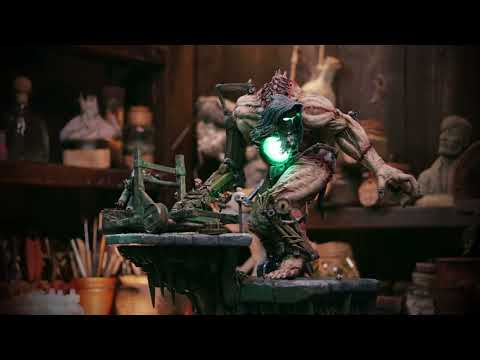