The ‘Naga Raksha’ (Demon King Cobra) mask, which is one of the most popular traditional Sri Lankan masks, is a blend of the Naga and another mythical entity known as 'Raksha.' The Naga (king cobra) is a commonly seen animal in ancient Sinhalese (one of the main ethnic groups of Sri Lanka) art. It is also a sacred animal as well as a feared animal in local mythology and folklore. The word "Raksha" means ‘demon’ and the Raksha masks are apotropaic, meaning they are meant to ward off evil. Naga Raksha mask features a menacing face with bulging, popping, and glaring eyes, a carnivorous tongue rolling out of a wide mouth armed to the hilt with a set of fanged teeth and cobra hoods. The Naga Raksha mask is a well-known symbol of a demon who could turn into a demon King Cobra who captured and enslaved its enemies. Only Gurulu Raksha, the great bird of prey, was able to drive the Nagas away.

These masks are being used to perform Raksha dances in the traditional type of folk plays known as Kolam, performed in the west and south-west of Sri Lanka. The masks were traditionally carved from a tree known as the ’Kaduru’ tree which was believed to have mystical powers.

I'm Aishwarya Tennekoon @tenaiworkshop , a passionate self taught sculptor and miniaturist based in Sri Lanka. The following sculpture diorama is a work of art I designed, sculpted and painted entirely by hand from scratch to present what Naga Raksha would’ve looked like in reality if it really existed. The design is inspired by the traditional Naga Raksha mask (which was mentioned above) and it’s an attempt to provide a realistic physical appearance to the character based on the research findings and according to my personal point of view and design senses in order to portray its evil, horrifying, brutal and demonic qualities in a powerful way. It furthermore shows how evilness can be admonished by spreading loving-kindness. The design was highly inspired by traditional Raksha masks and folklore.

It took around a month to complete this 1/20 scale diorama and I used airdry clay to sculpt this piece.

Hope you enjoy this diorama!! 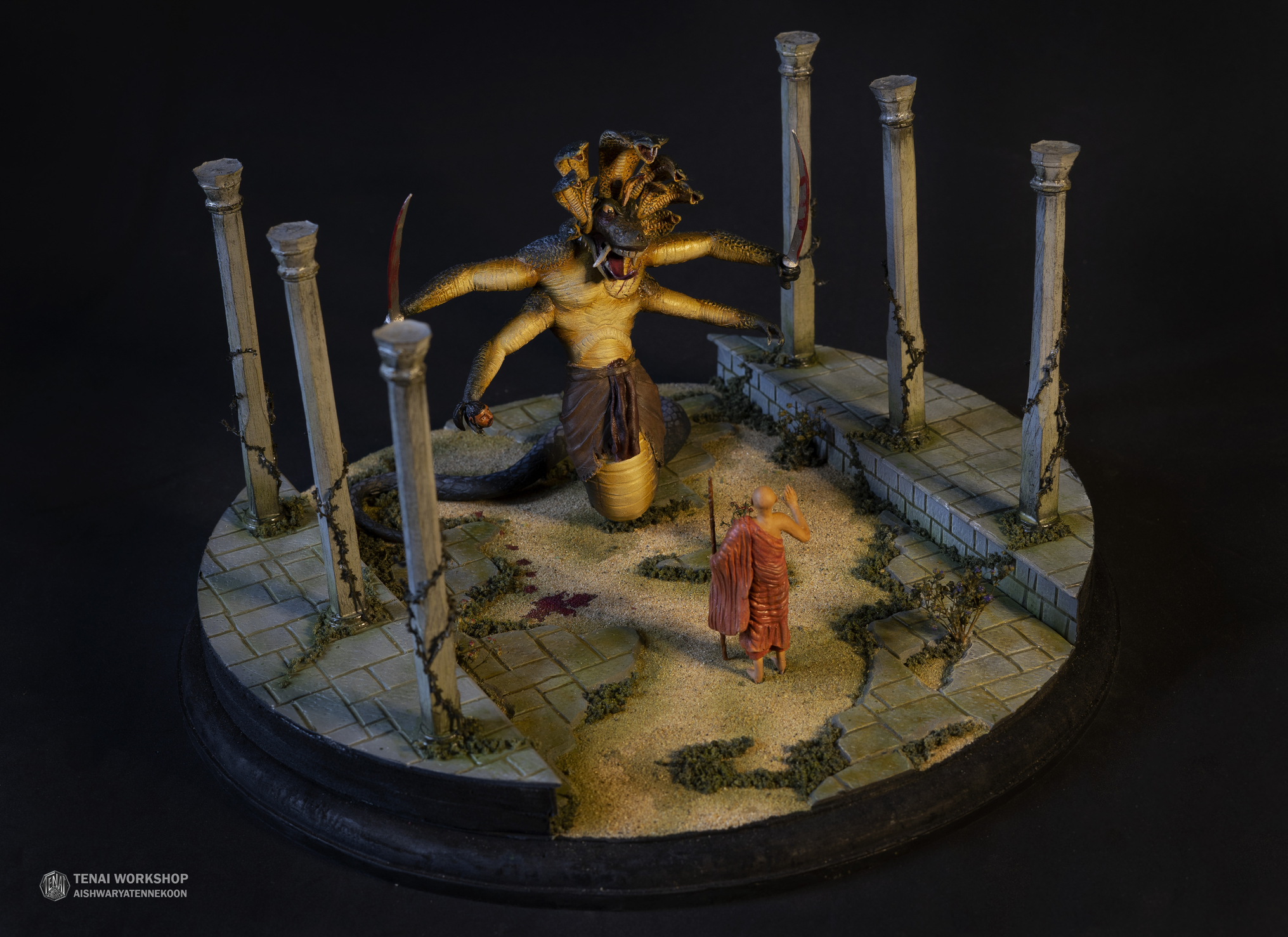 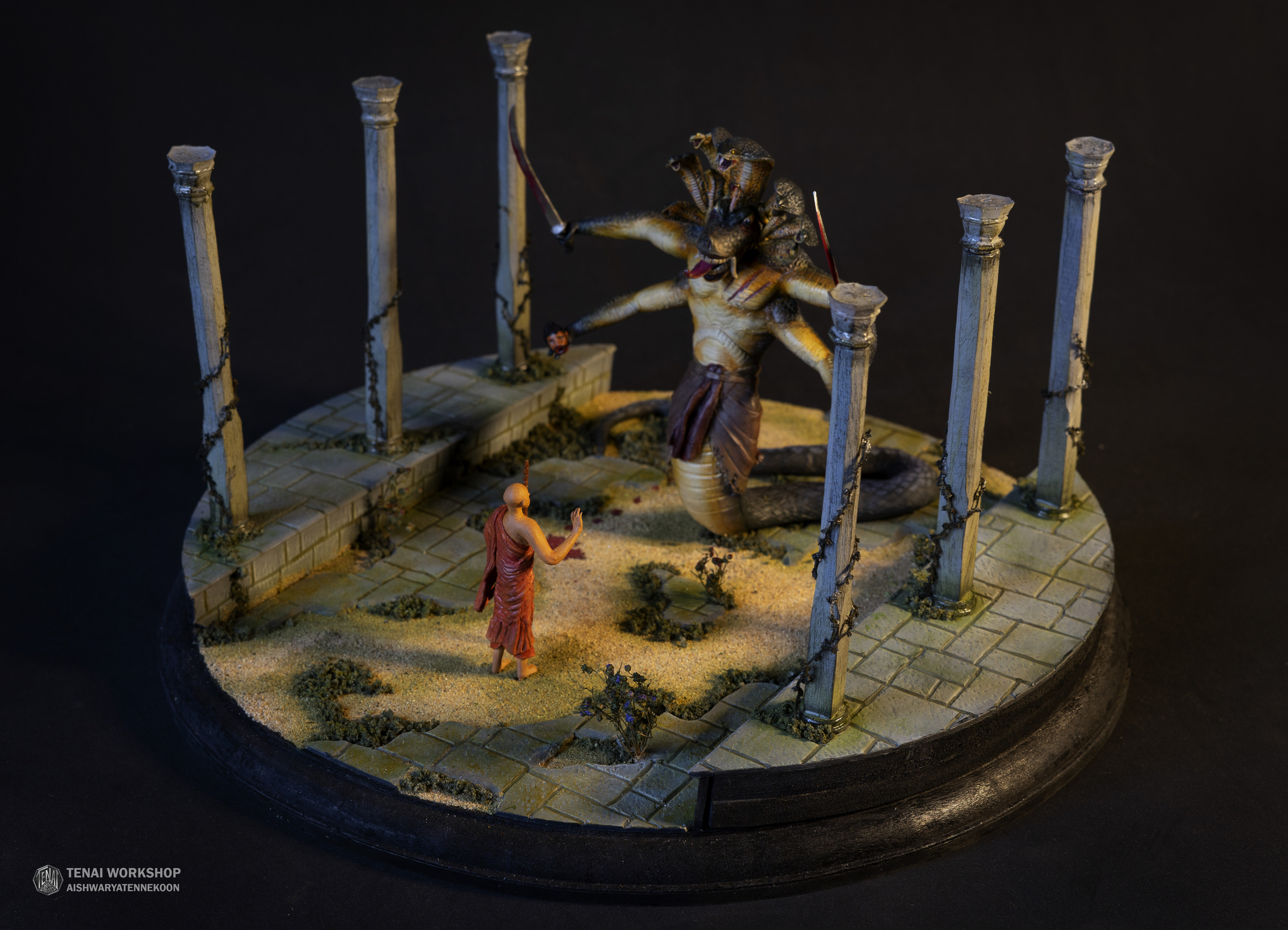 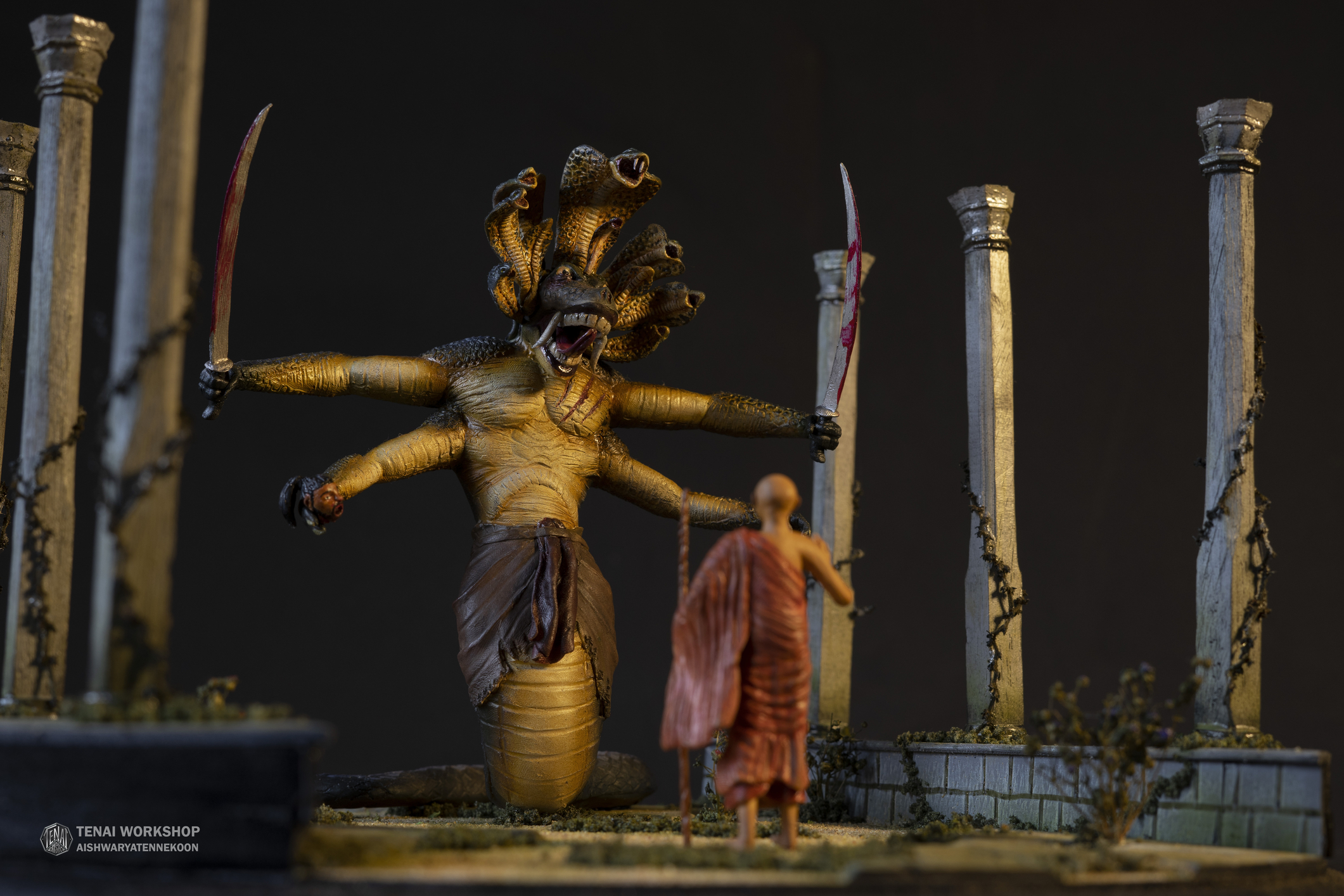 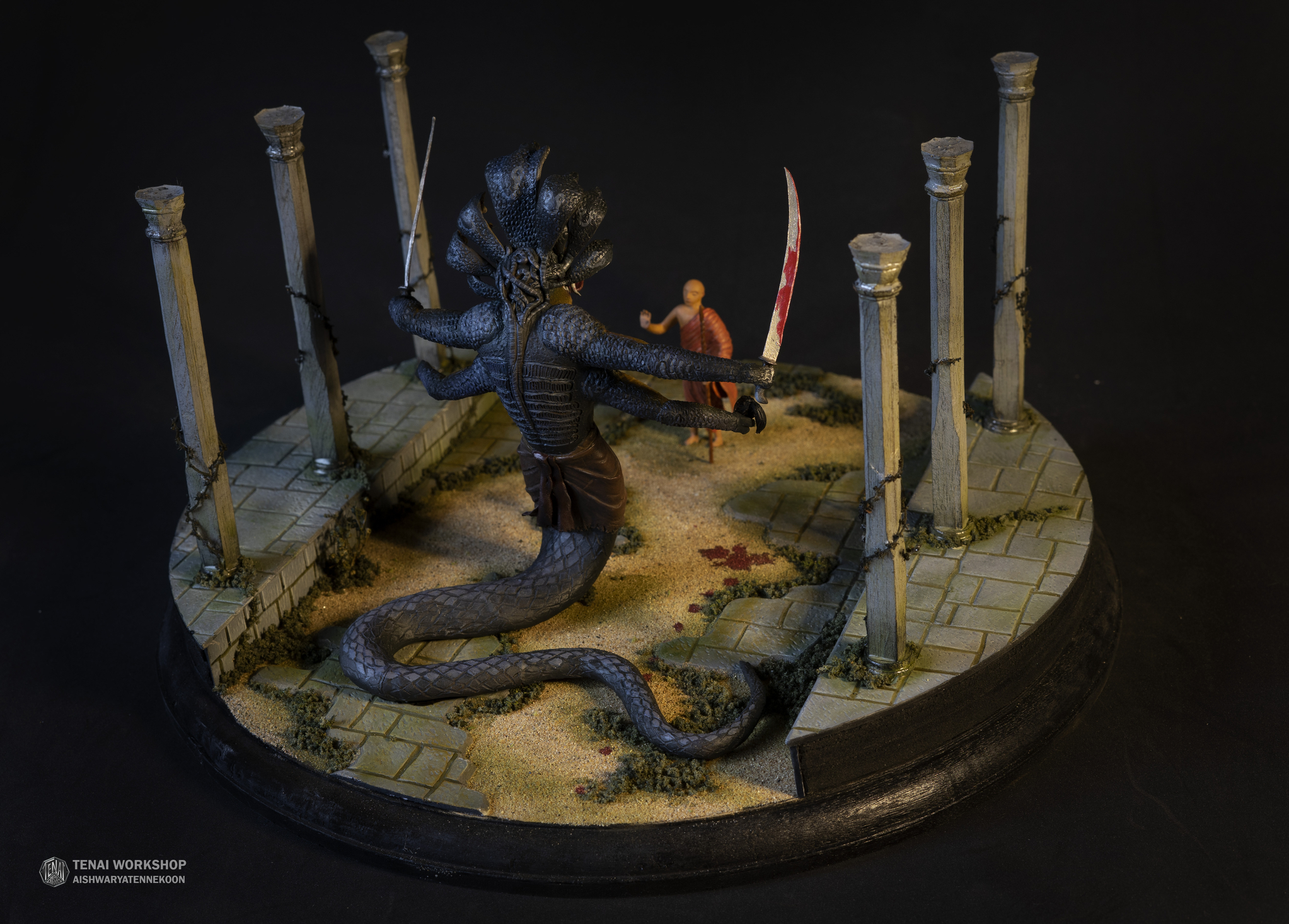 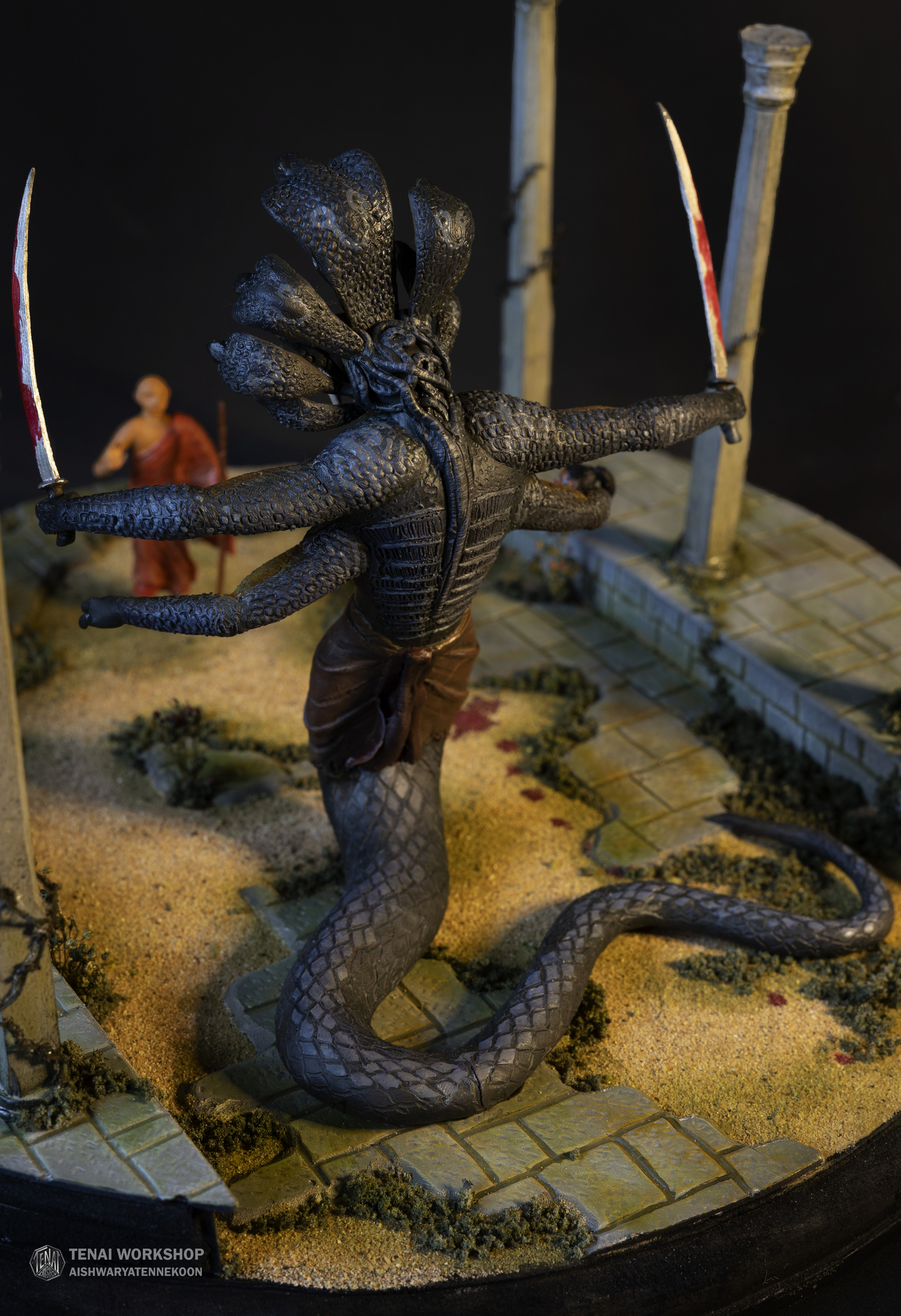 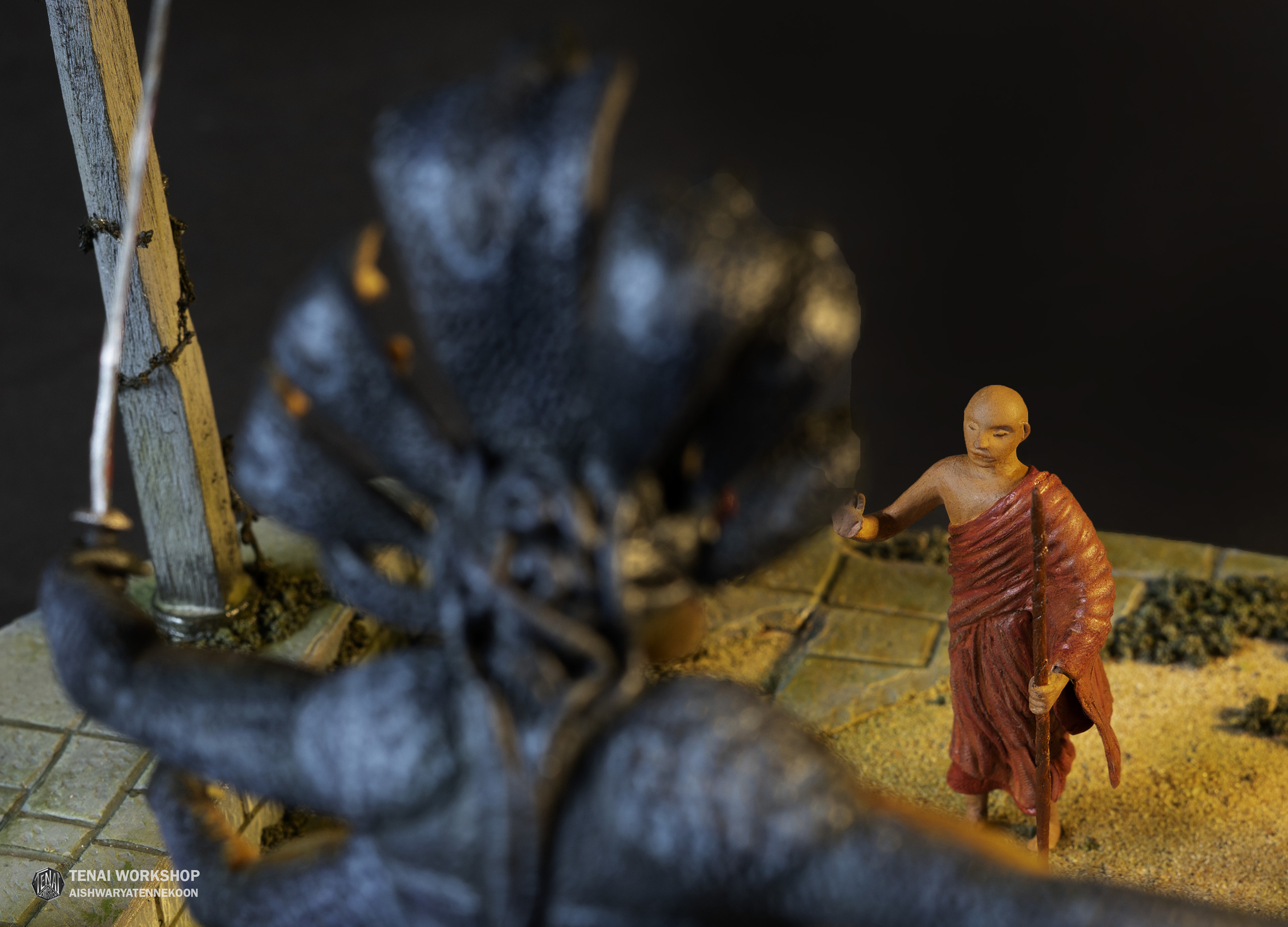 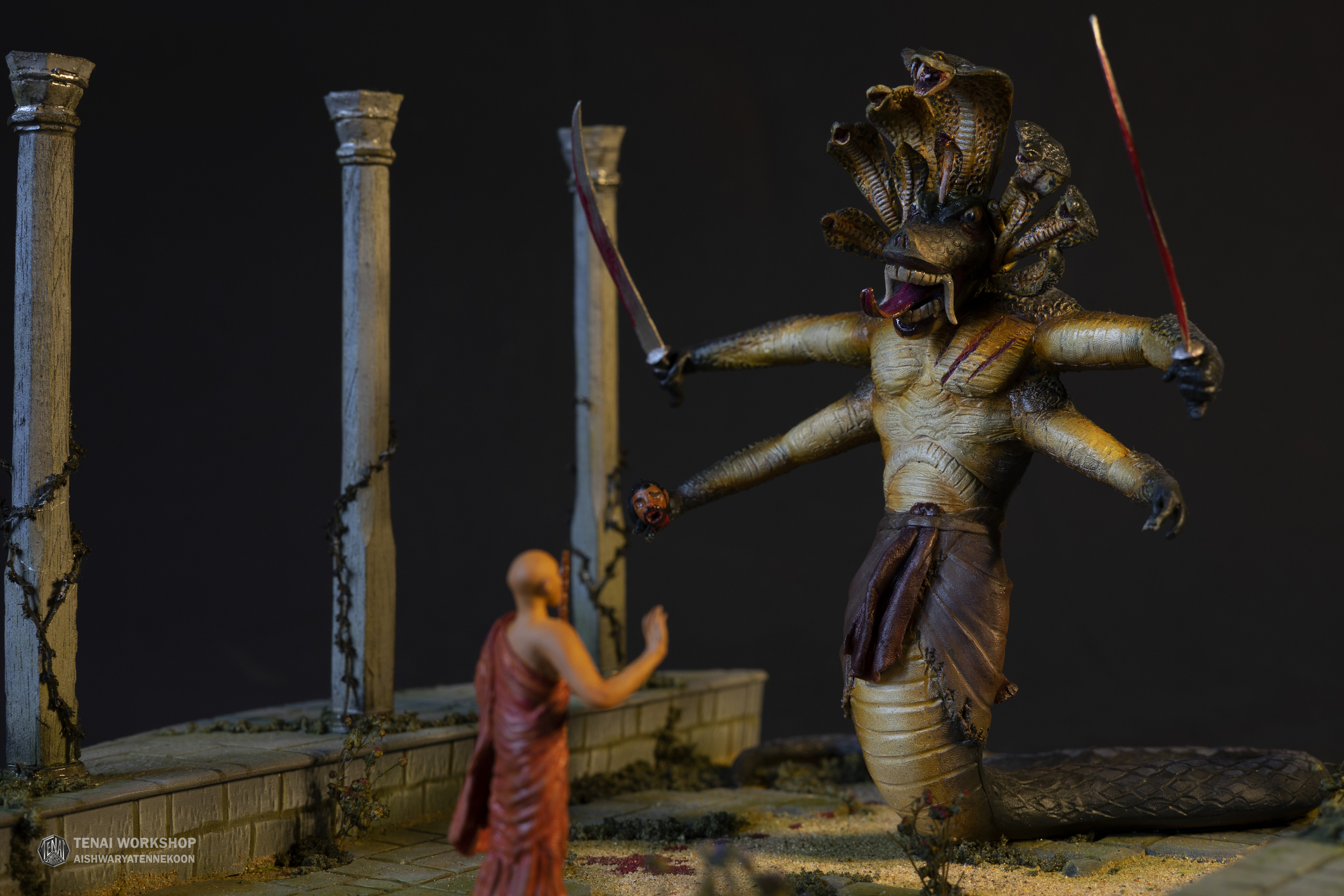 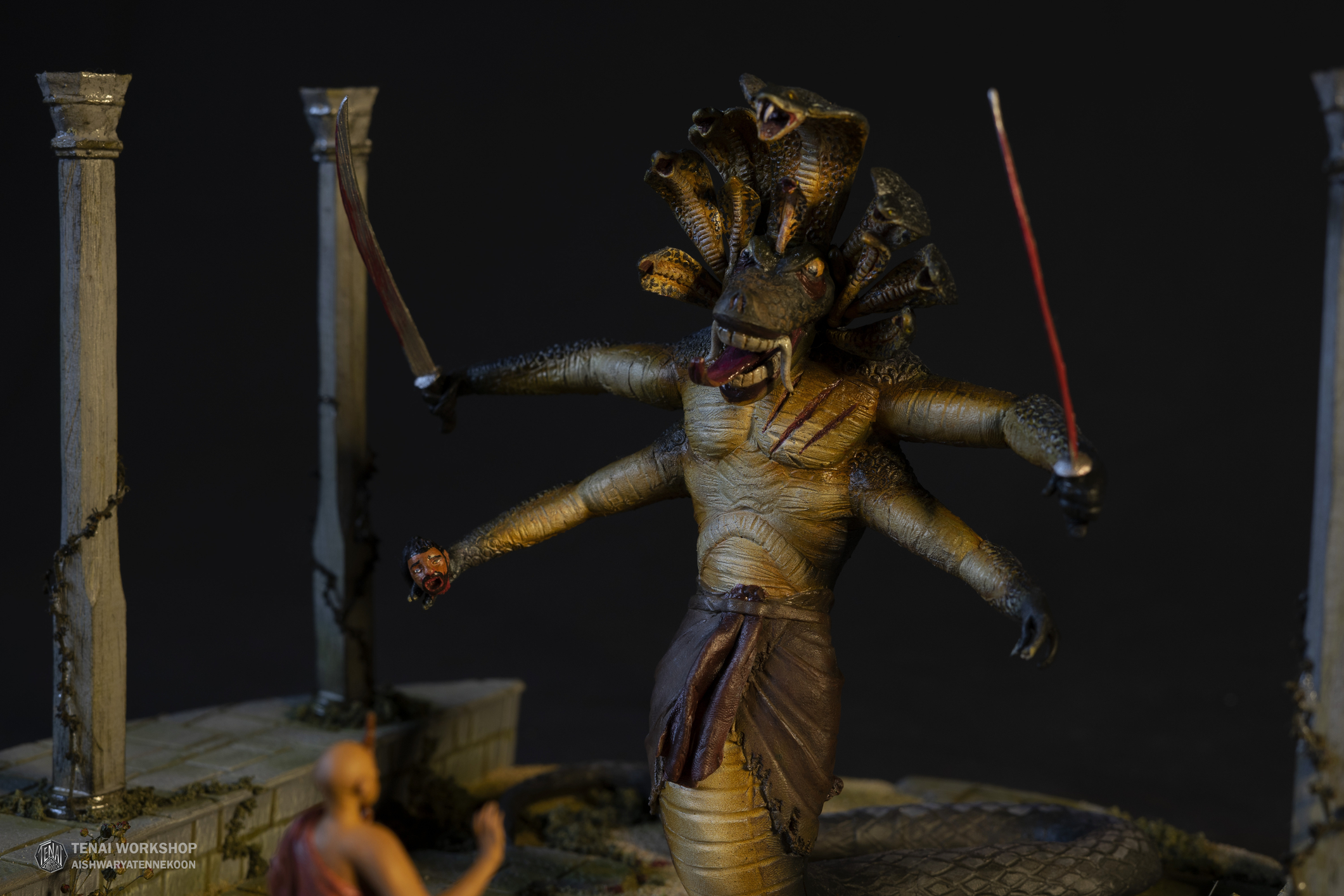 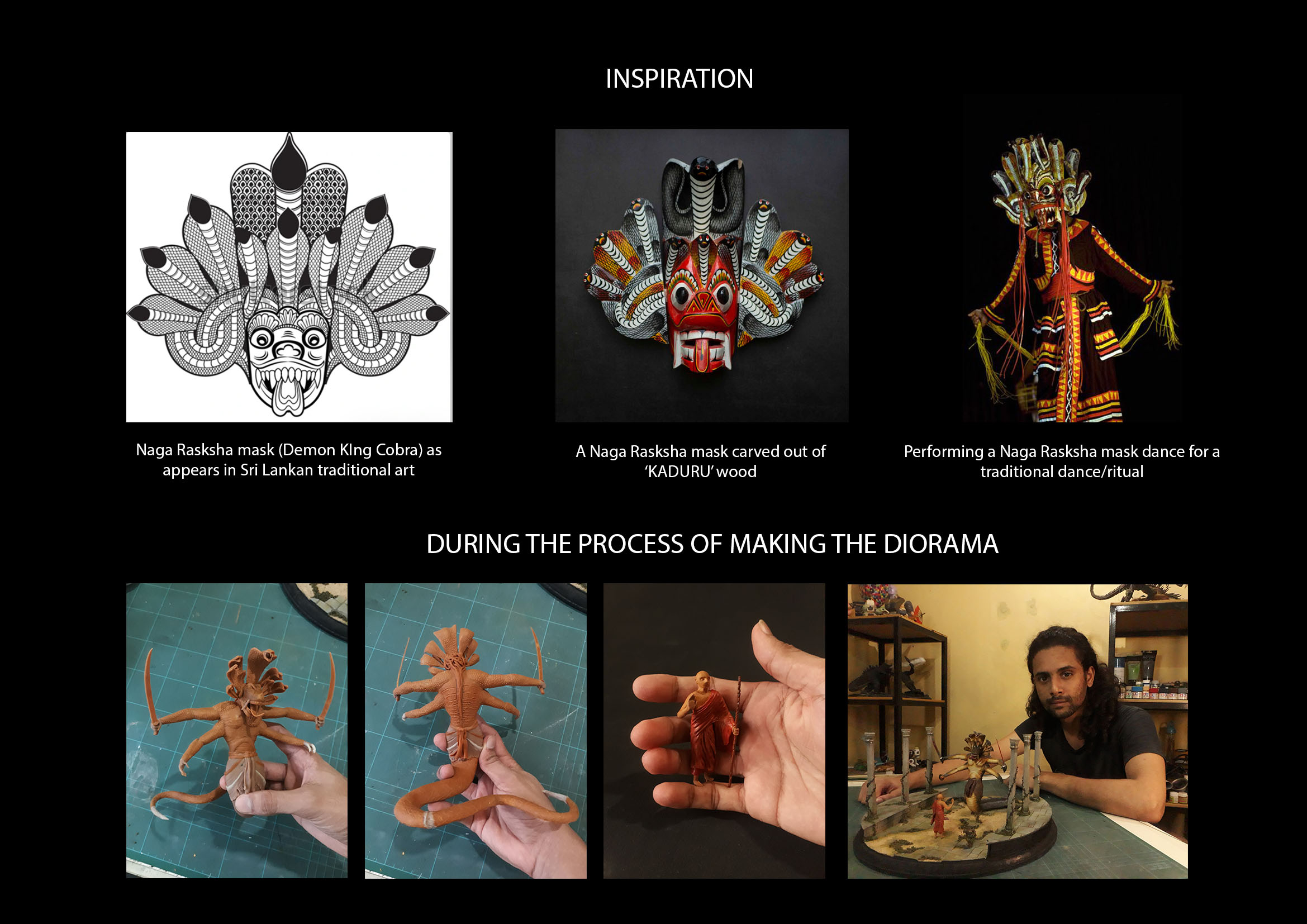