Alexis Smith ✭
August 2022 in Character Sculpting Contest 2022
This is an oil-based clay sculpt of the Skirmisher from the video game, Halo Reach. 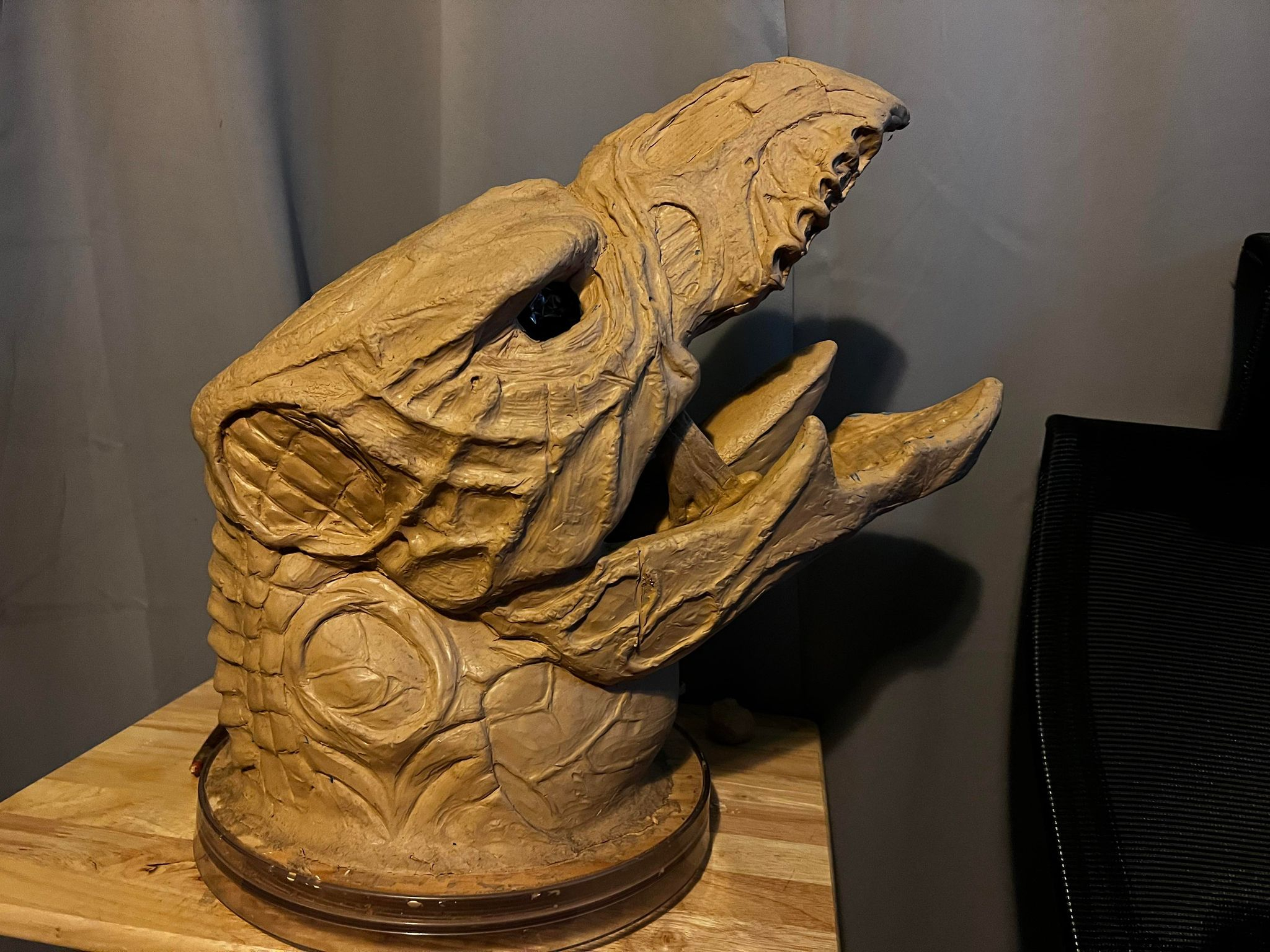 I made a base form out of EVA foam, foil, and painters tape, then added about half an inch of clay to the form before sculpting in forms and details.

I used mostly loop tools to achieve the textures of the scales and folds of skin.

The sculpt was used later in a mold that then produced a silicone cast for a creature costume of an entire Skirmisher character.

The muscle bands, tip of the lower jaw, and tongue were separate pieces for ease of molding.

The eyes and teeth were sculpted separately out of oven-bake clay for adding to the head after it had been cast in silicone. 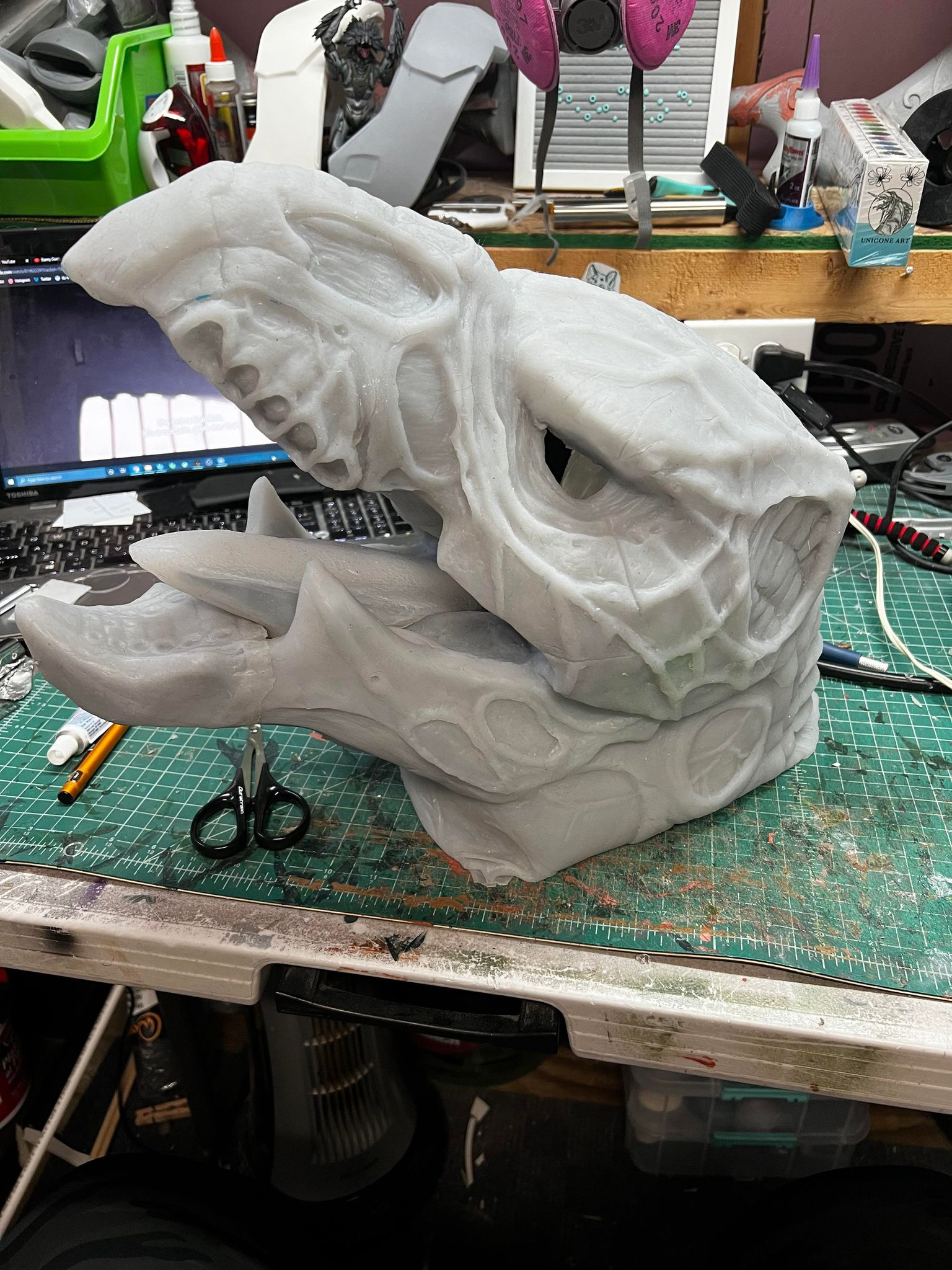 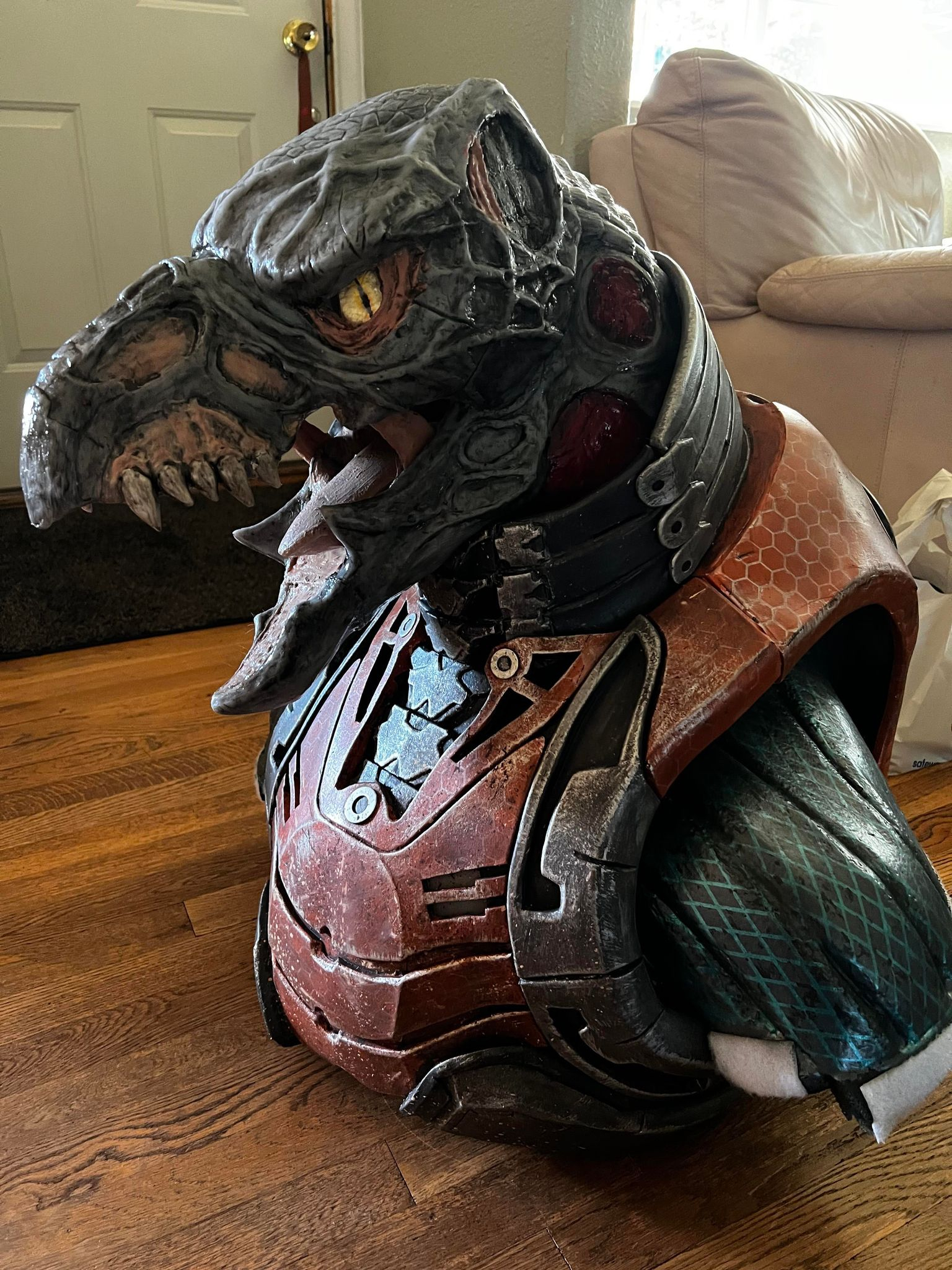 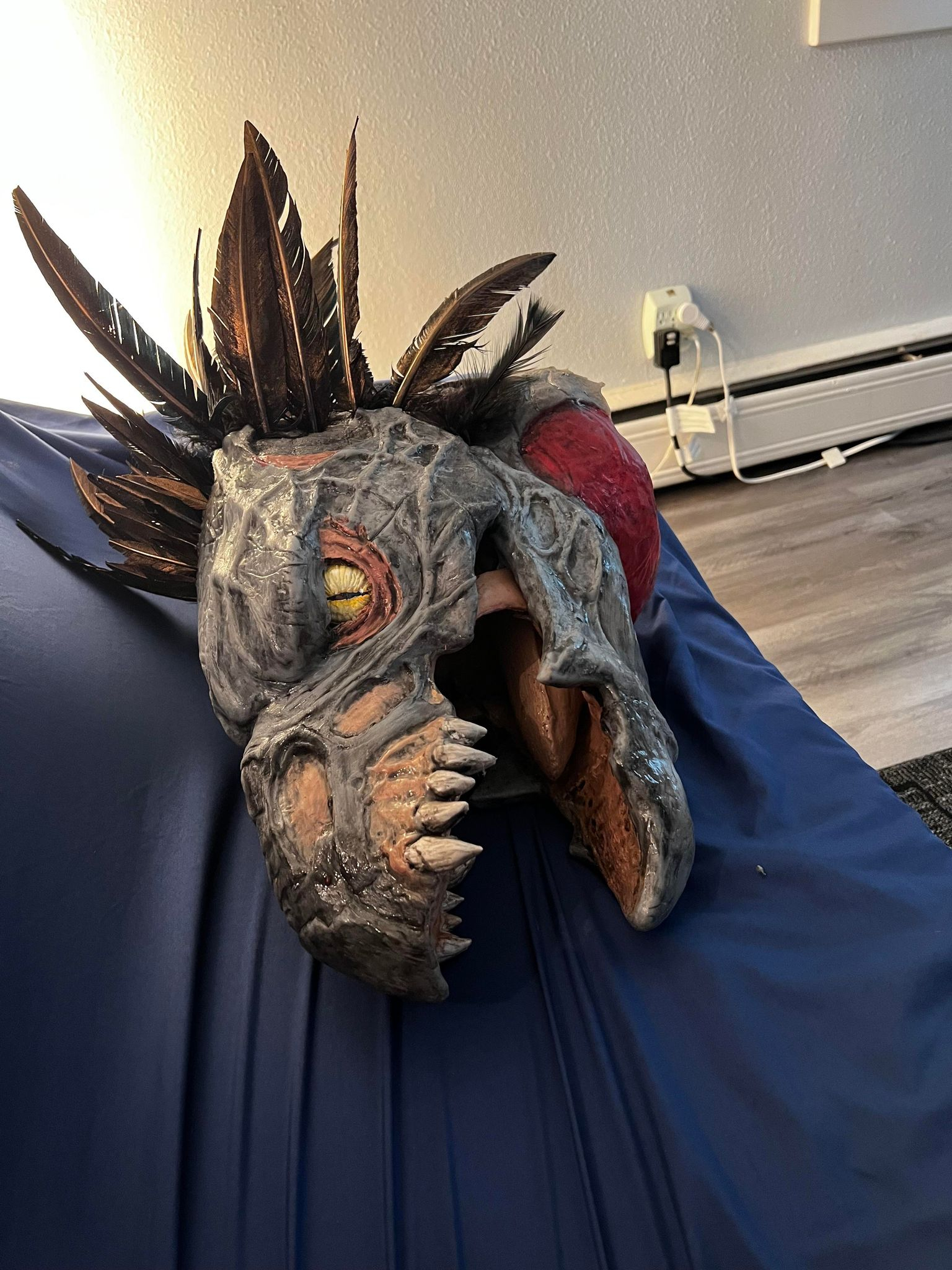