I am presently in the Philippines. I am a cosplayer, SFX Makeup Artist, a freelance actress and model and soon to be a 2D Animator. I had a passion for makeup ever since I was a teenager. I’ve been cosplaying and have been doing SFX makeup for 9 years.

The makeup entry creation is particularly based on a famous video game called “DEAD SPACE’’ Dead Space is a 2008 survival horror video game developed by EA Redwood Shores and published by Electronic Arts for the PlayStation 3, Xbox 360, and Microsoft Windows. Released in October 2008, the title was the first in the Dead Space franchise and drew inspiration from other works of horror, notably Resident Evil 4 and the Silent Hill series.

Set on a mining spaceship overrun by monsters called Necromorphs, the player controls engineer Isaac Clarke from the third-person perspective as he navigates the spaceship, fights Necromorphs, and struggles with increasing psychosis. The player explores areas on the station through a chapter-based narrative, solving environmental puzzles while finding ammunition and equipment to survive. Isaac wields engineering equipment as weapons.

I enjoyed playing the game myself. The monsters looked amazing! So I decided to make up myself, my own version, as a Necromorph. The jaw design took me 5 days to completely perfect it and my body art took 3 hours to do, this is like another way of saving costumes during the pandemic.

In order to come up with my design, I gathered inspiration from the many depictions of different pop cultures and illustrations found throughout my research. Each piece of body art was handmade, starting from top to bottom. I made the details using face paints, dry air clay, fake blood, liquid latex, and tin foils to create the most awesome and gruesome look. I sculpted, cast, and painted to complete the process of my creation. To finalize the look, I use white contact lenses.

Credit to the creator, Ben Wanat, production designer on the first two Dead Space games and creative director of Dead 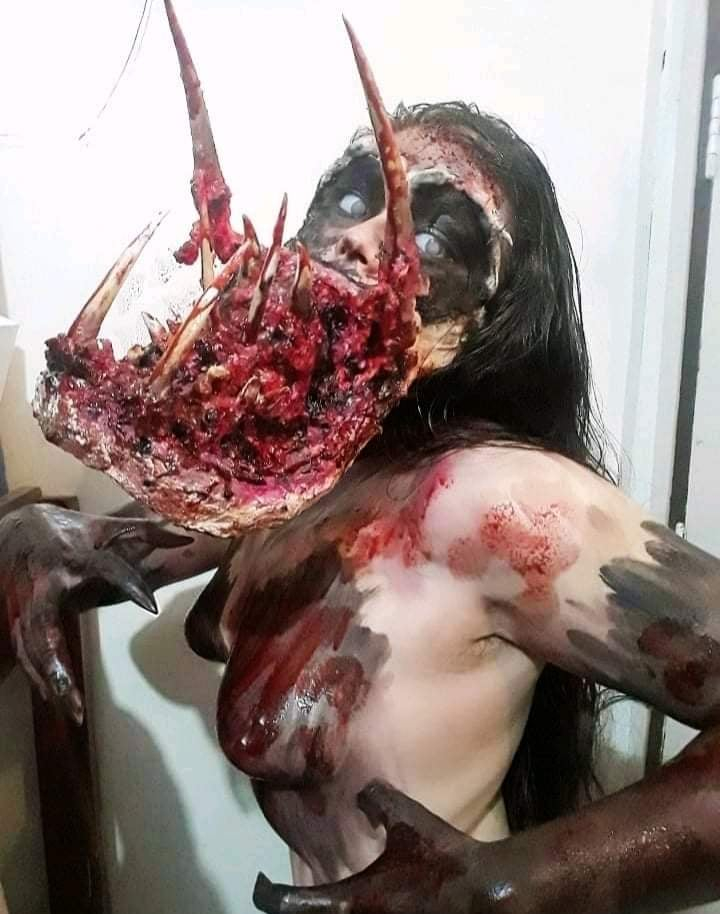 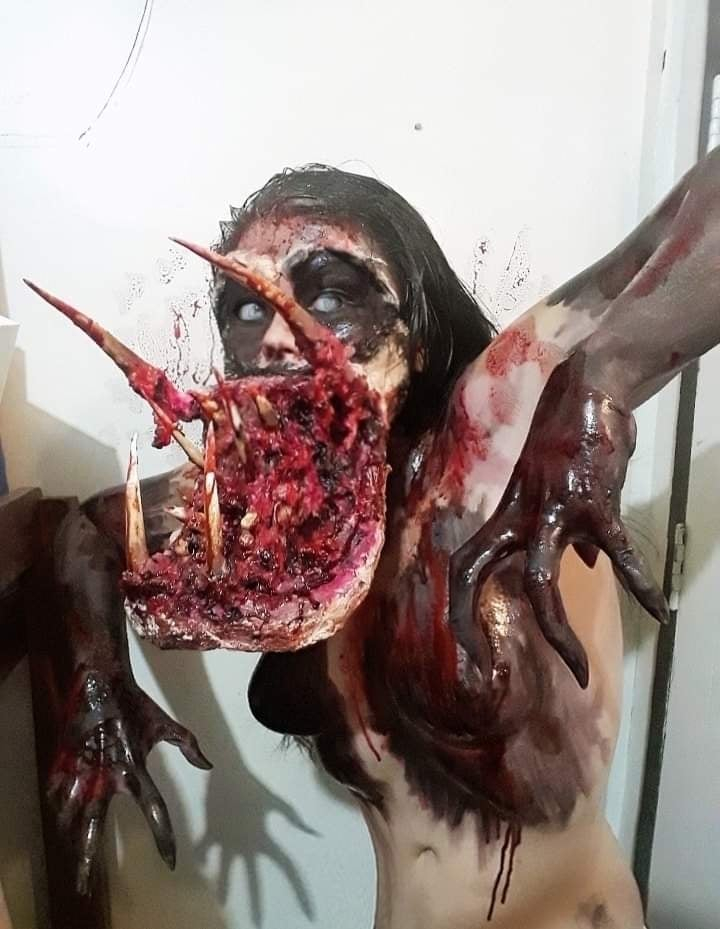 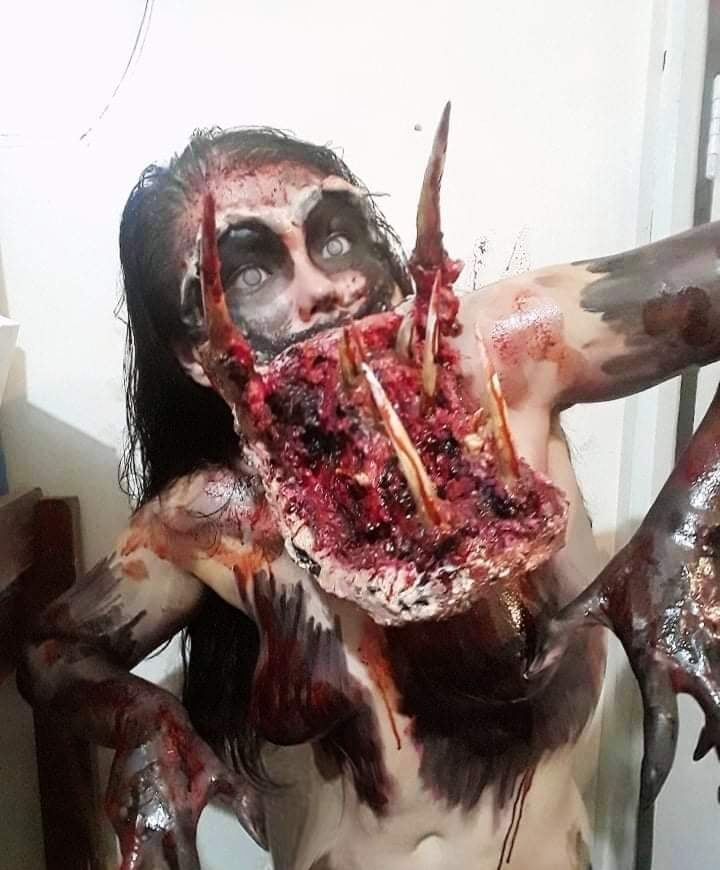 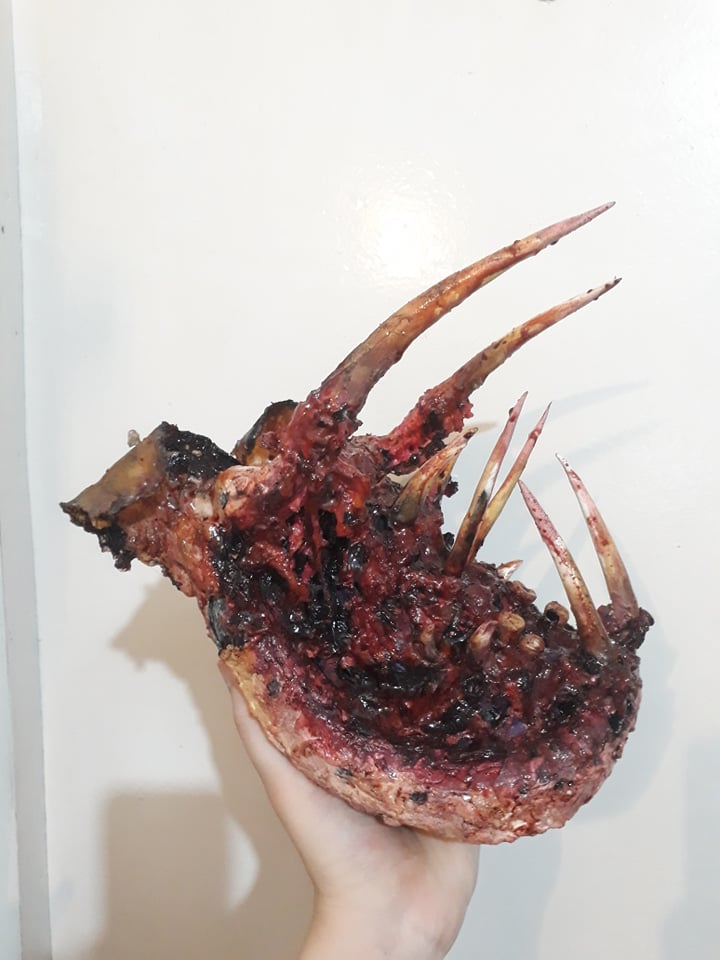 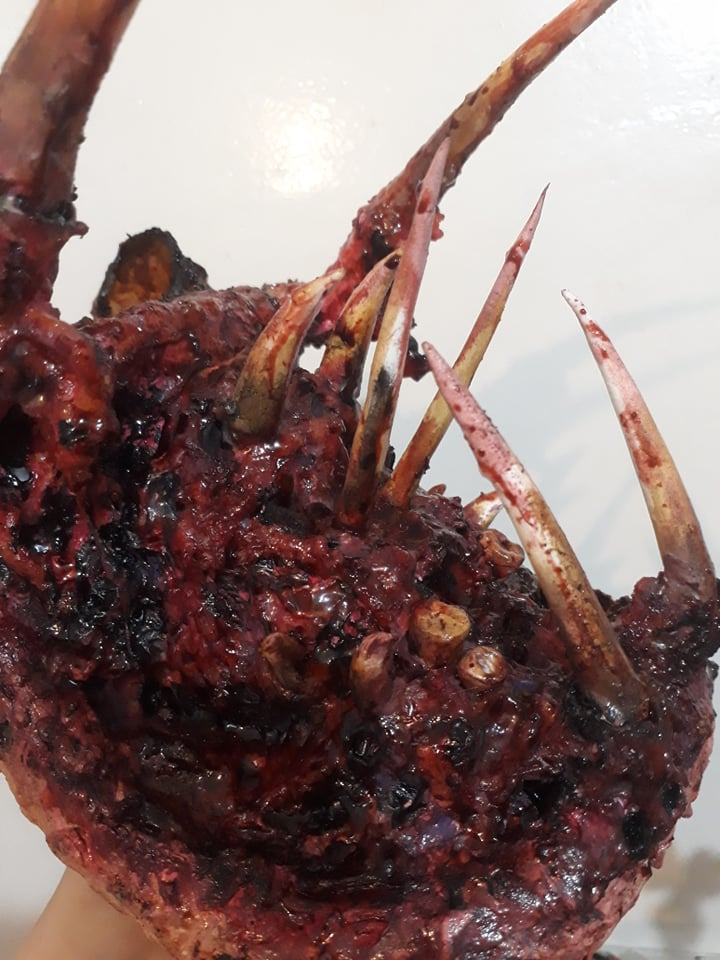 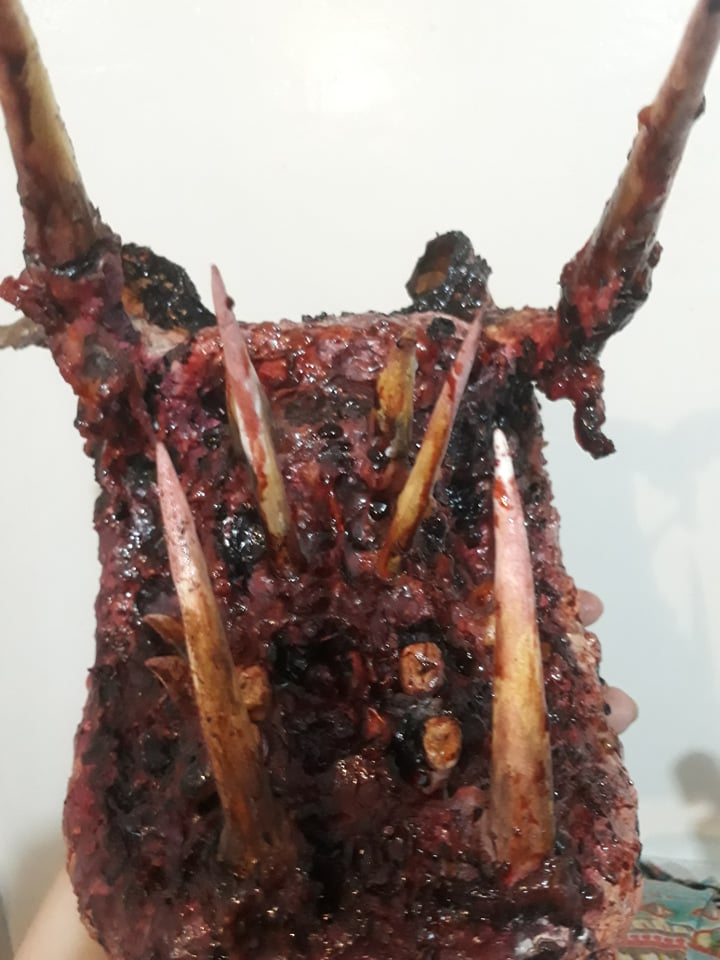 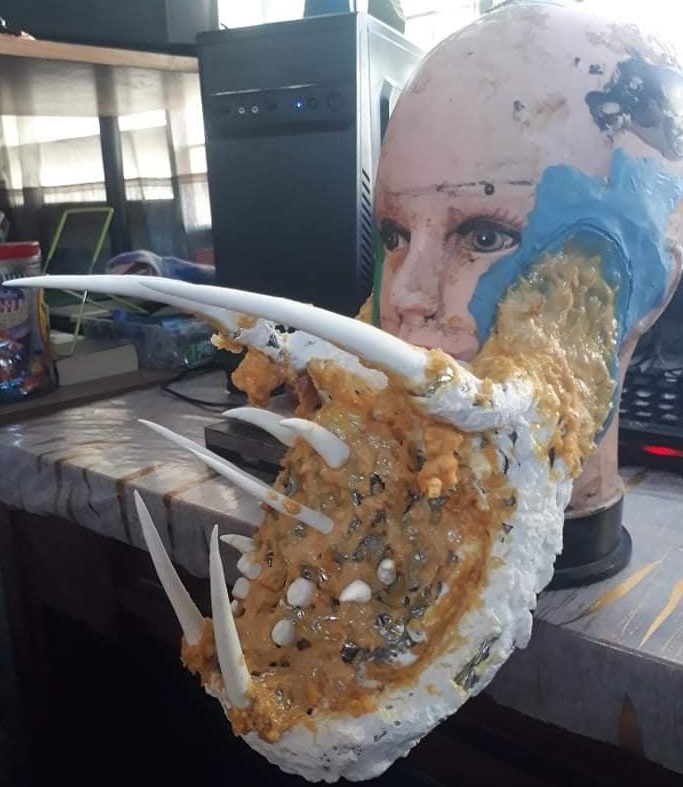 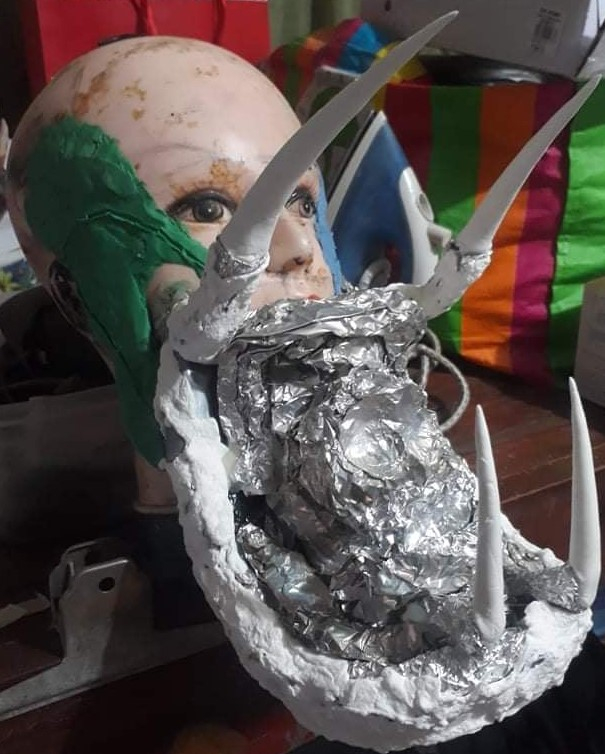