Lóthdúr the Forsaken, Third of the Nine

Leigh Collins ✭
October 2021 edited October 2021 in 2021 Halloween Costume Contest
The third of nine kings of men to accept a ring of power from Sauron, Lóthdúr, driven by malice and contempt, was the most cruel of the Nazgûl... 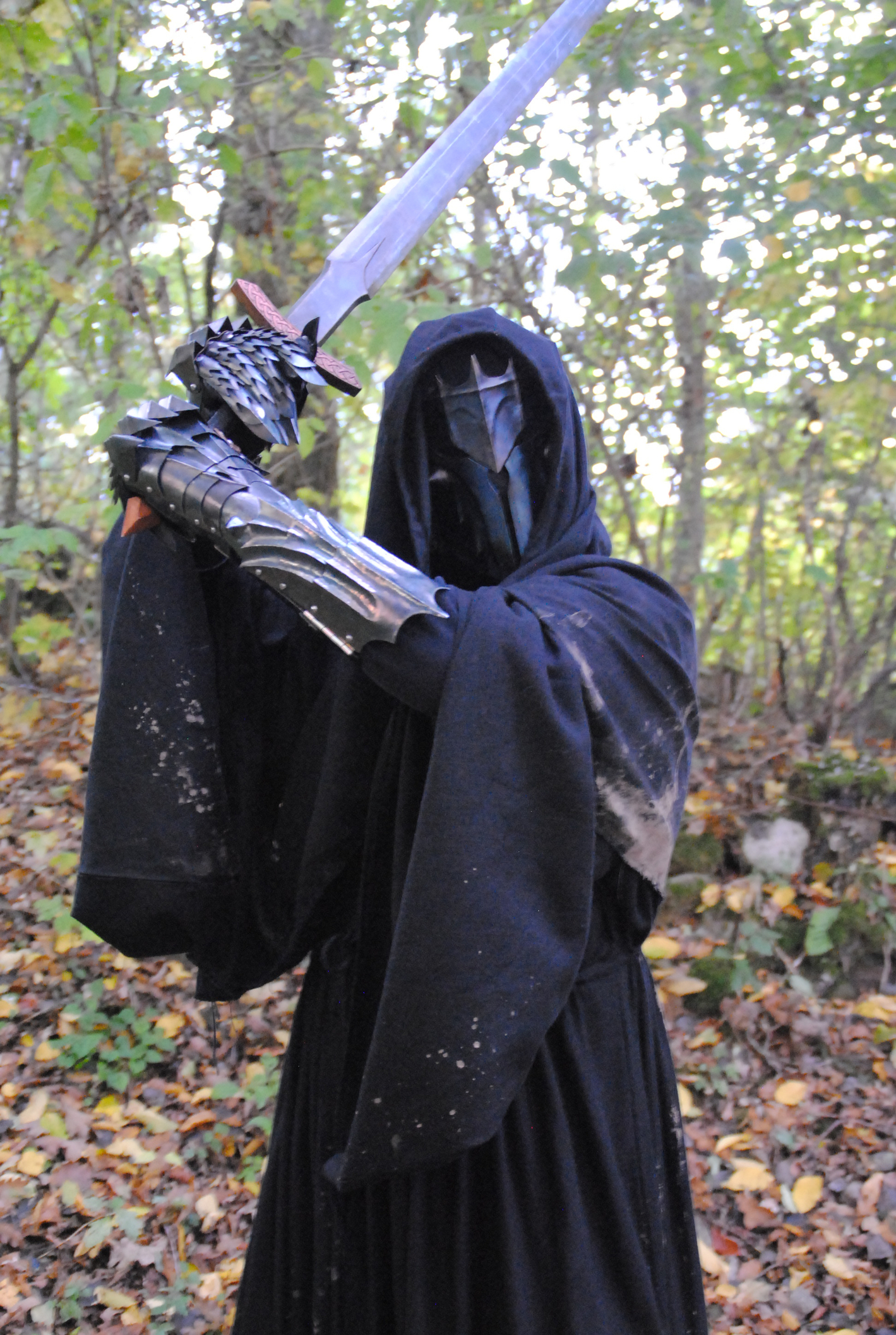 This is my recreation of a Nazgûl, inspired by those from the Lord of the Rings and Hobbit films and designs by Weta Workshop. Everything is designed/redesigned and made by me (except the 3D printed sword, however I did paint it).
The costume began with the steel gauntlets, the templates for which I redesigned and adjusted myself, with replicas made by Kropserkel as a base reference. Most features and motifs are the same or similar, but I also added some of my own design to them.
The steel helmet/mask/crown is my own design, inspired by the Sauron helmet from the Middle Earth: Shadow of War game. This I added to the costume to give some facial features and interest under the hood, but also to add my own personal touch to the character.
The robe I designed myself, based on Nazgûl figures by Weta Workshop. I also made steel shoe covers, replicating the armored boots. 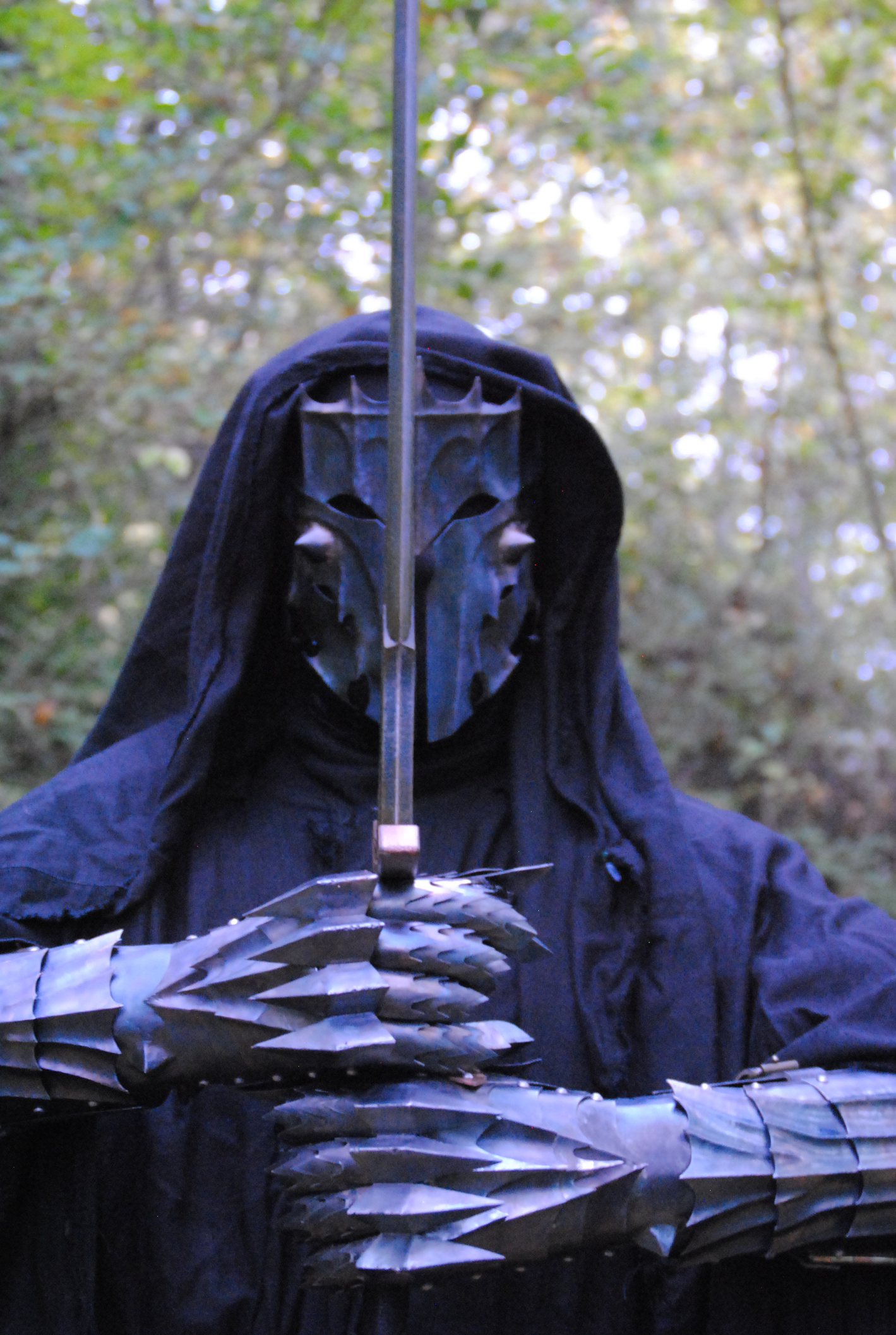 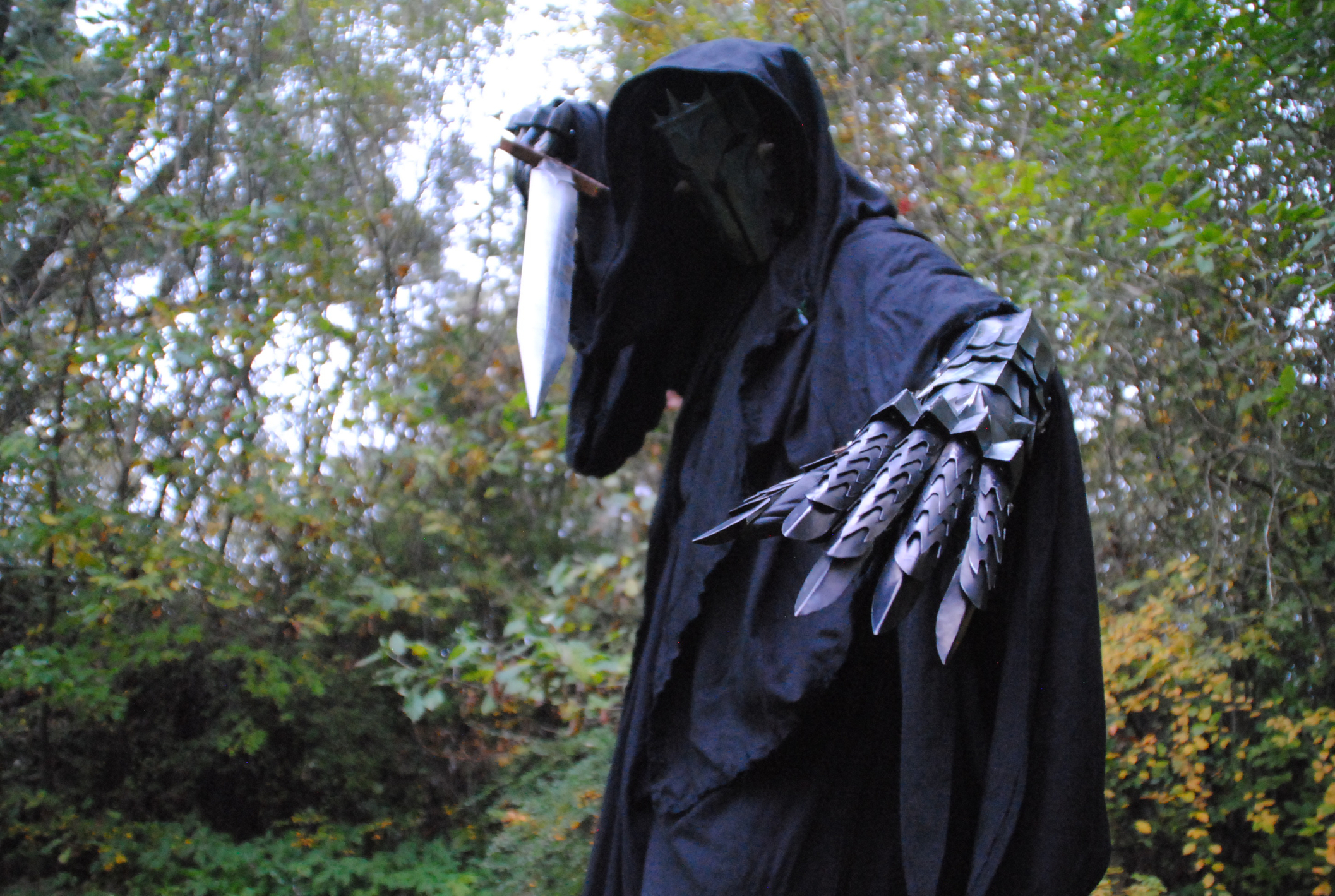 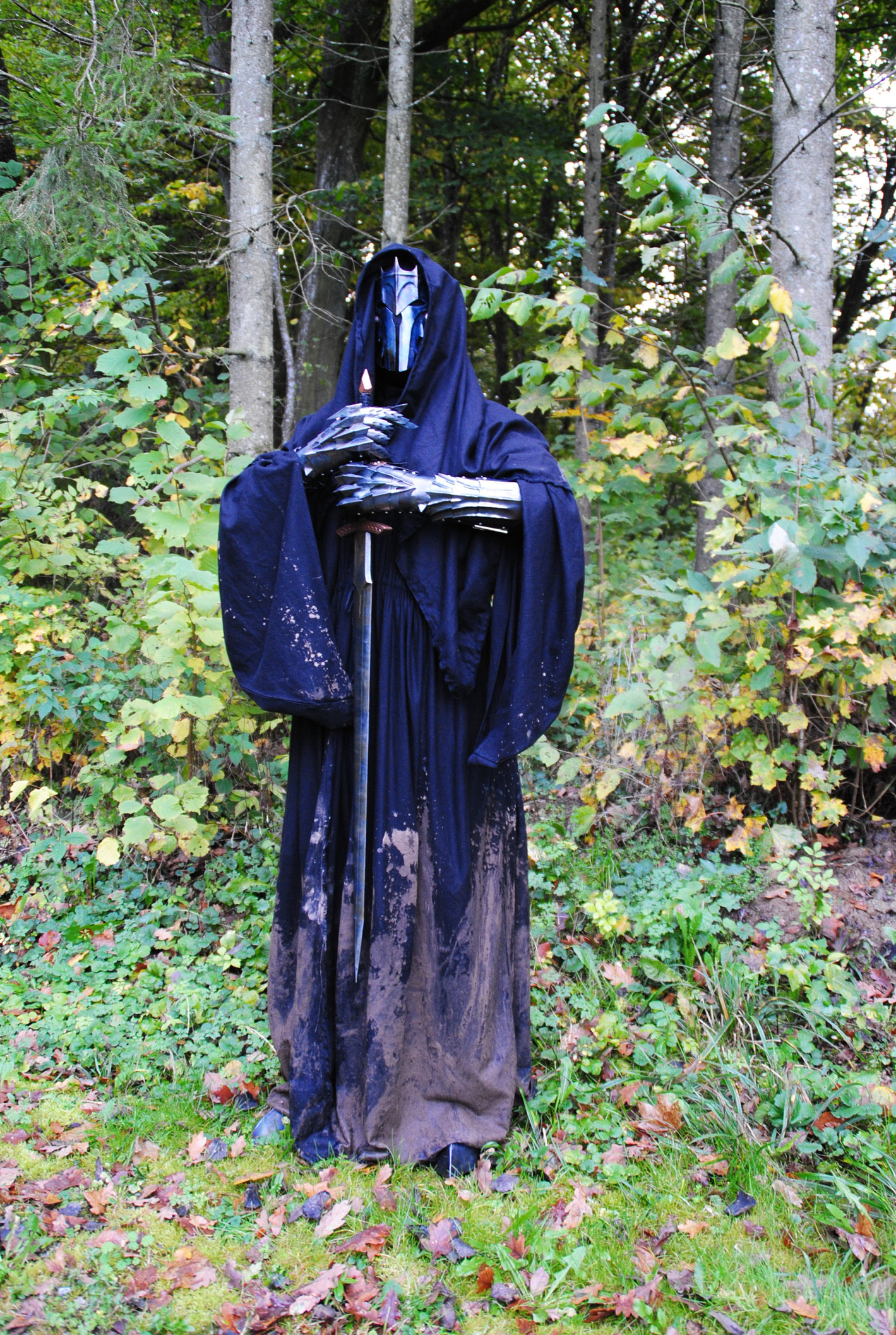 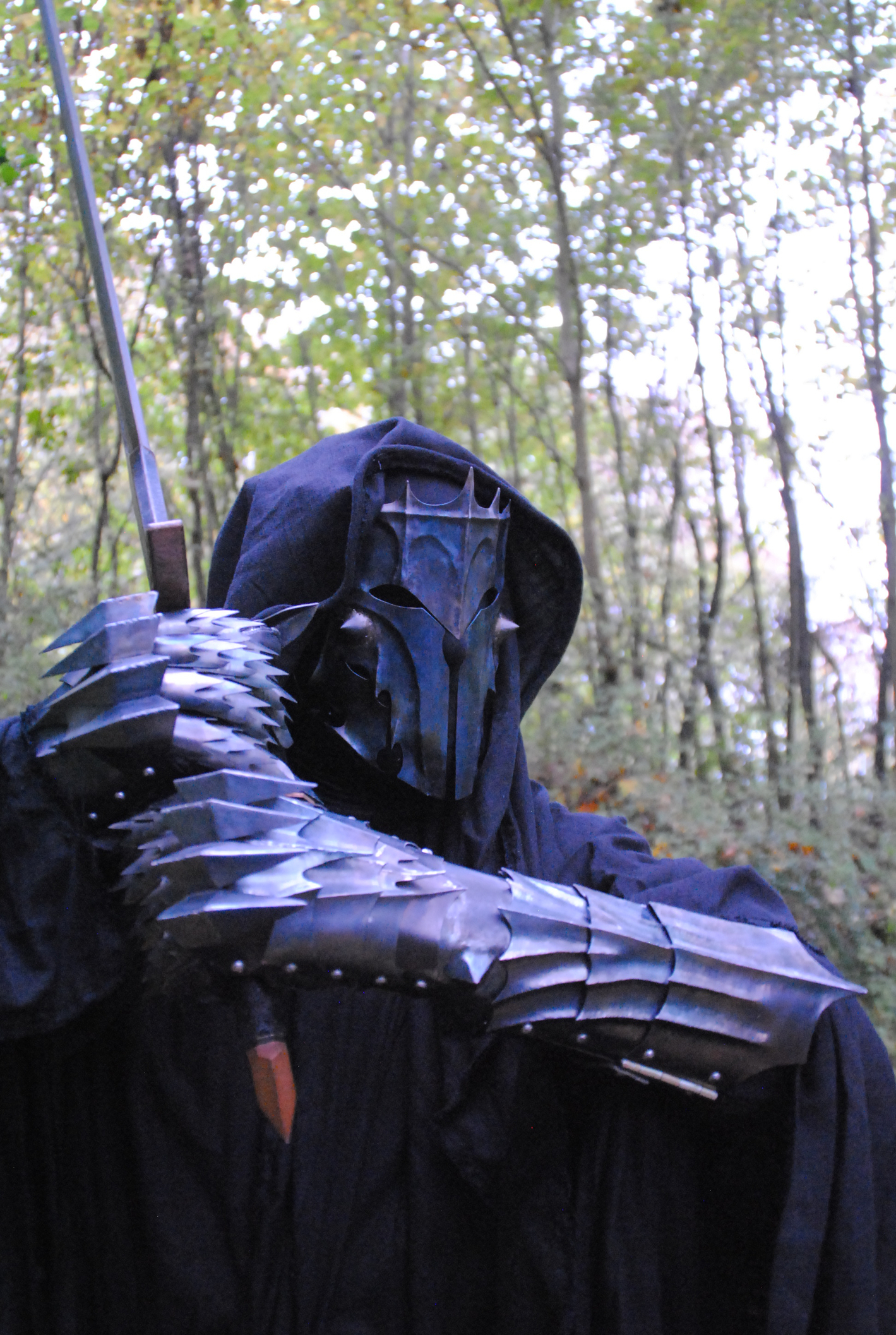 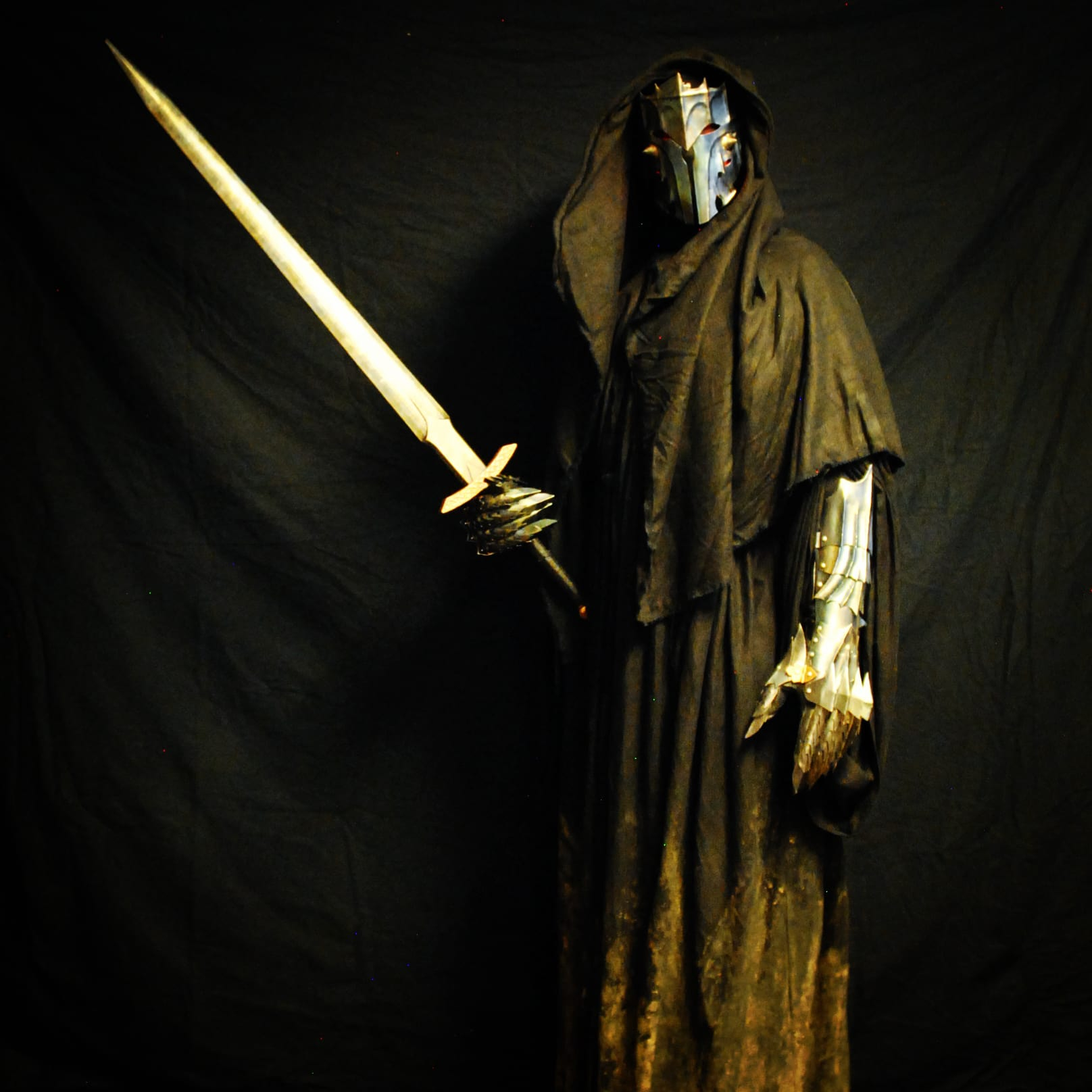 This was my first time making a project like this, but by the end I'd learnt. Many hours were spend cutting, filing, hammering and forming all the 0.9mm steel sheet metal parts by hand, with a little welding too. In retrospect I should have had them lasercut ;p
Here's some of the process... 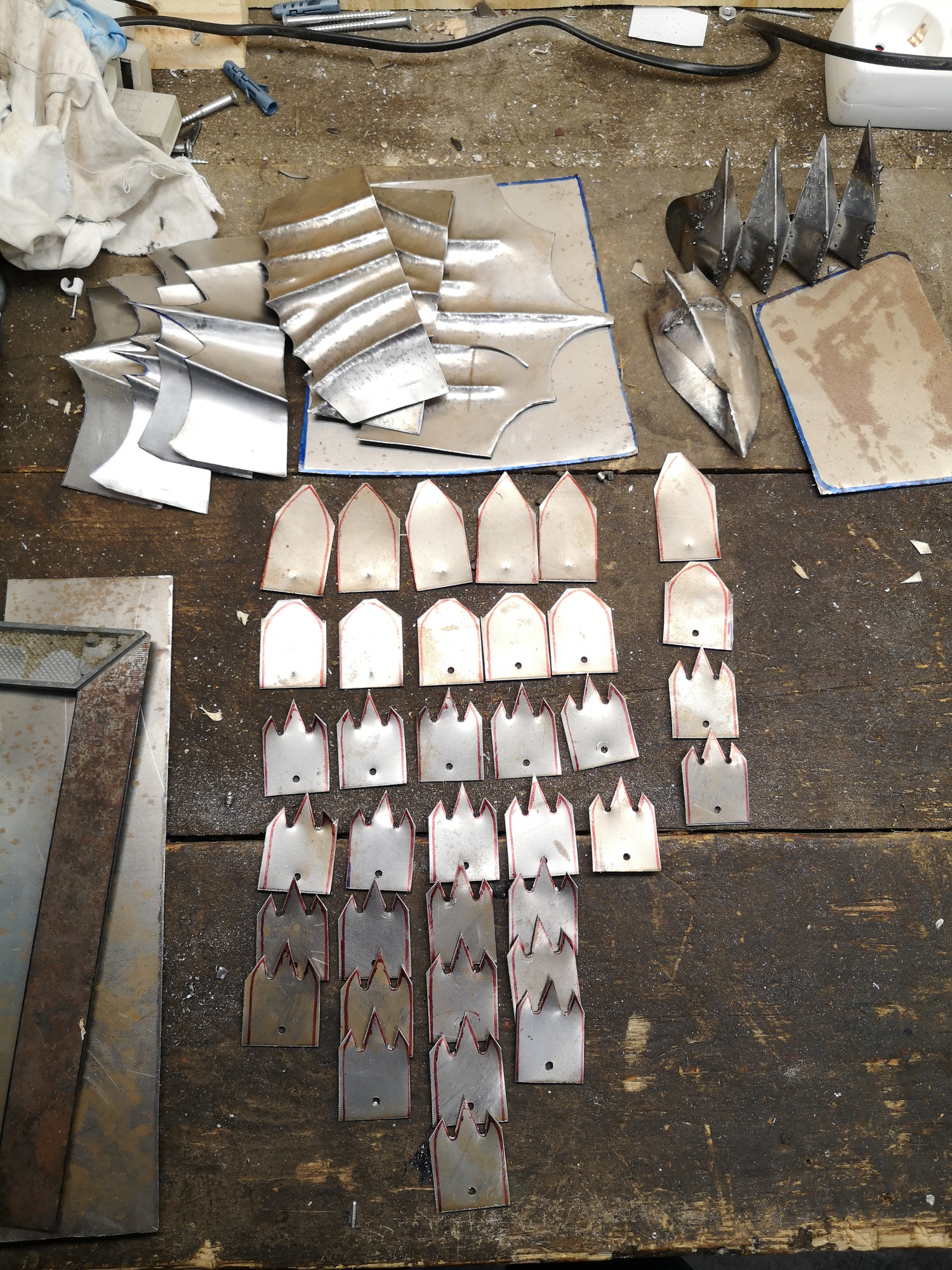 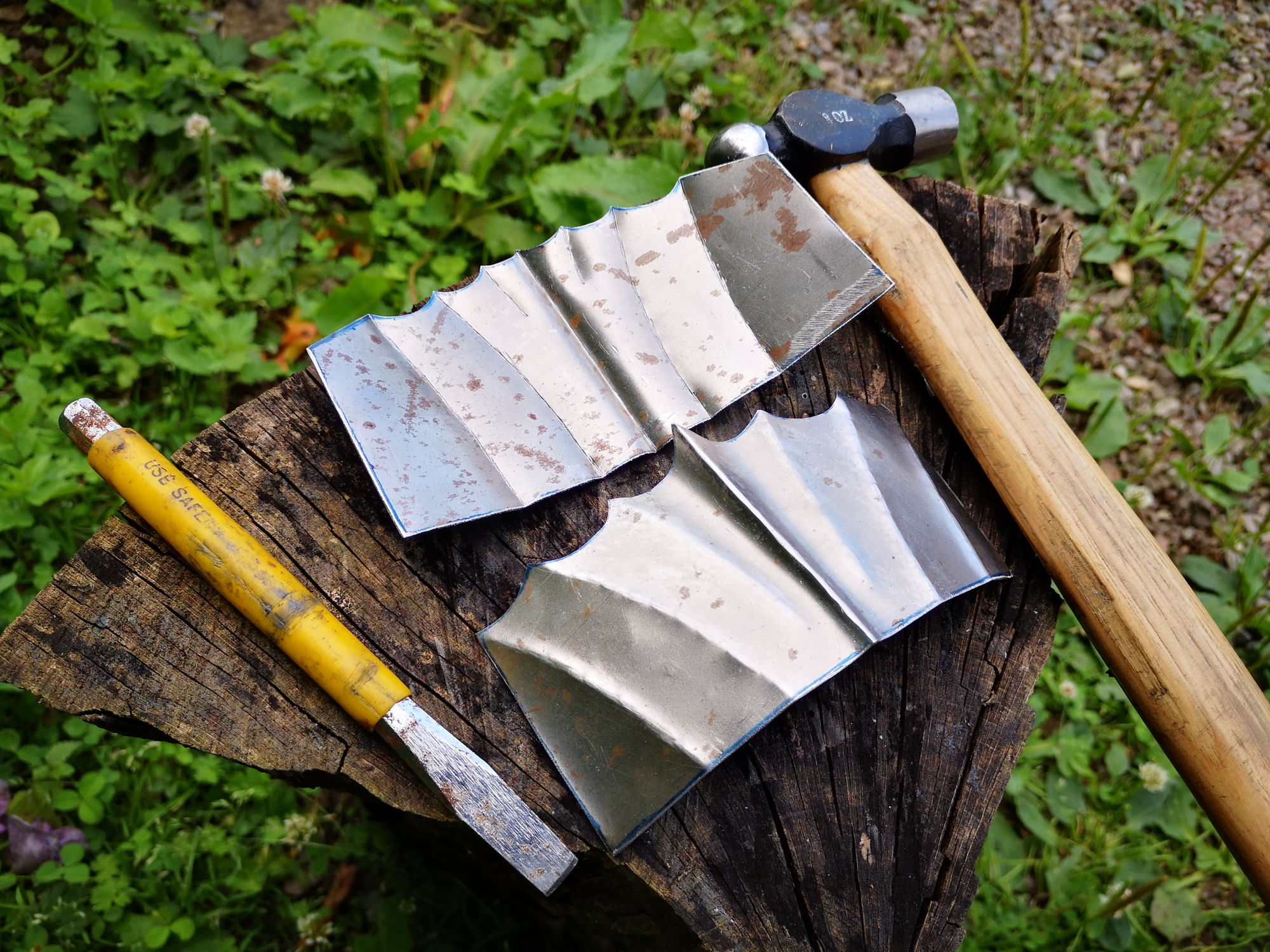 Once completed all the parts were heated and quenched in rapsolja, blackening the surface. This treatment turned out better than expected - it not only blacked the pieces but added different, shadowy hues of blue, green and copper, which change depending on the light, further enhancing the evil vibes ;p 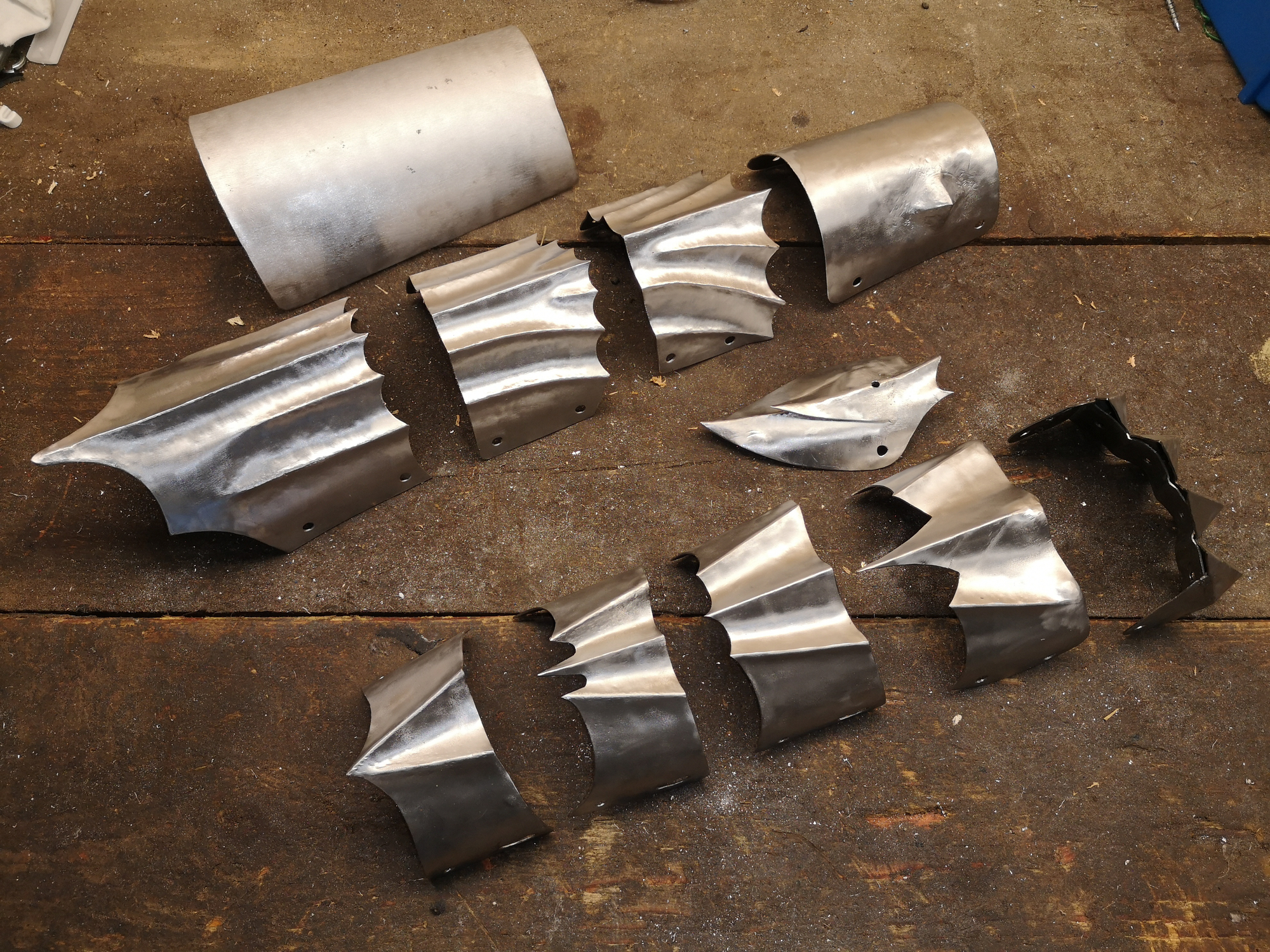 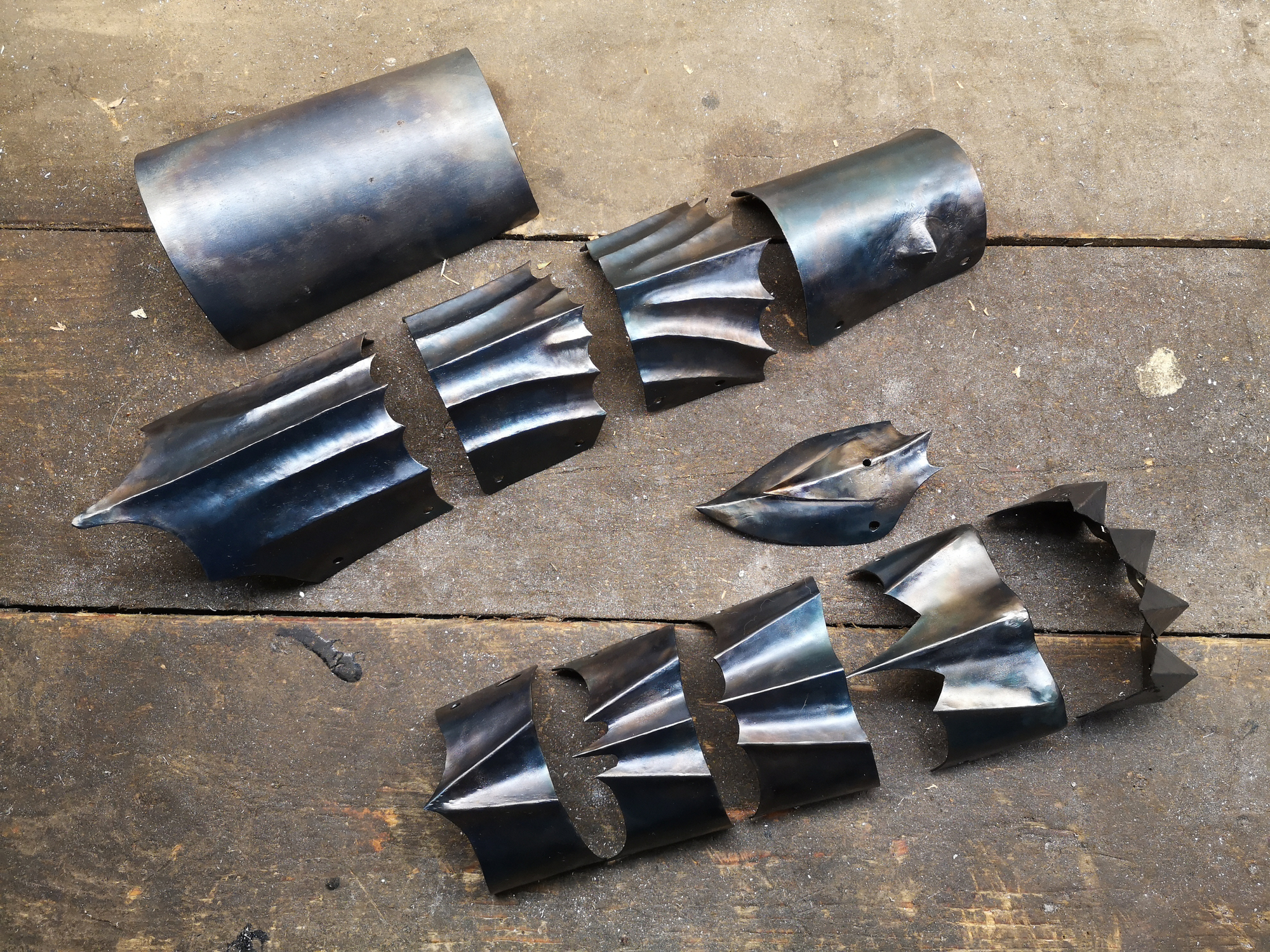 The fingerplates were all pop-riveted onto strips of leather. And all the large pieces were attached together with hammered rivets. 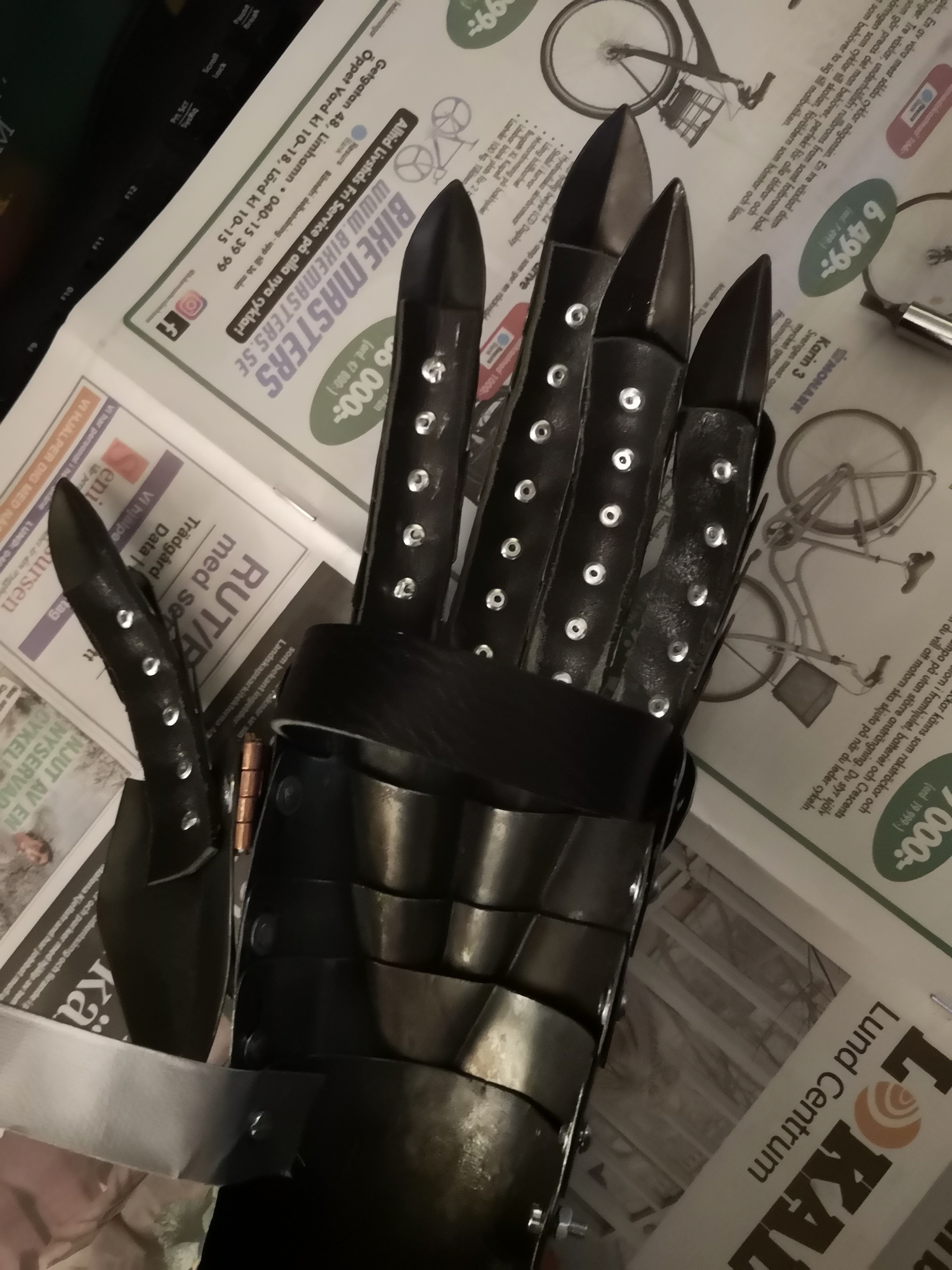 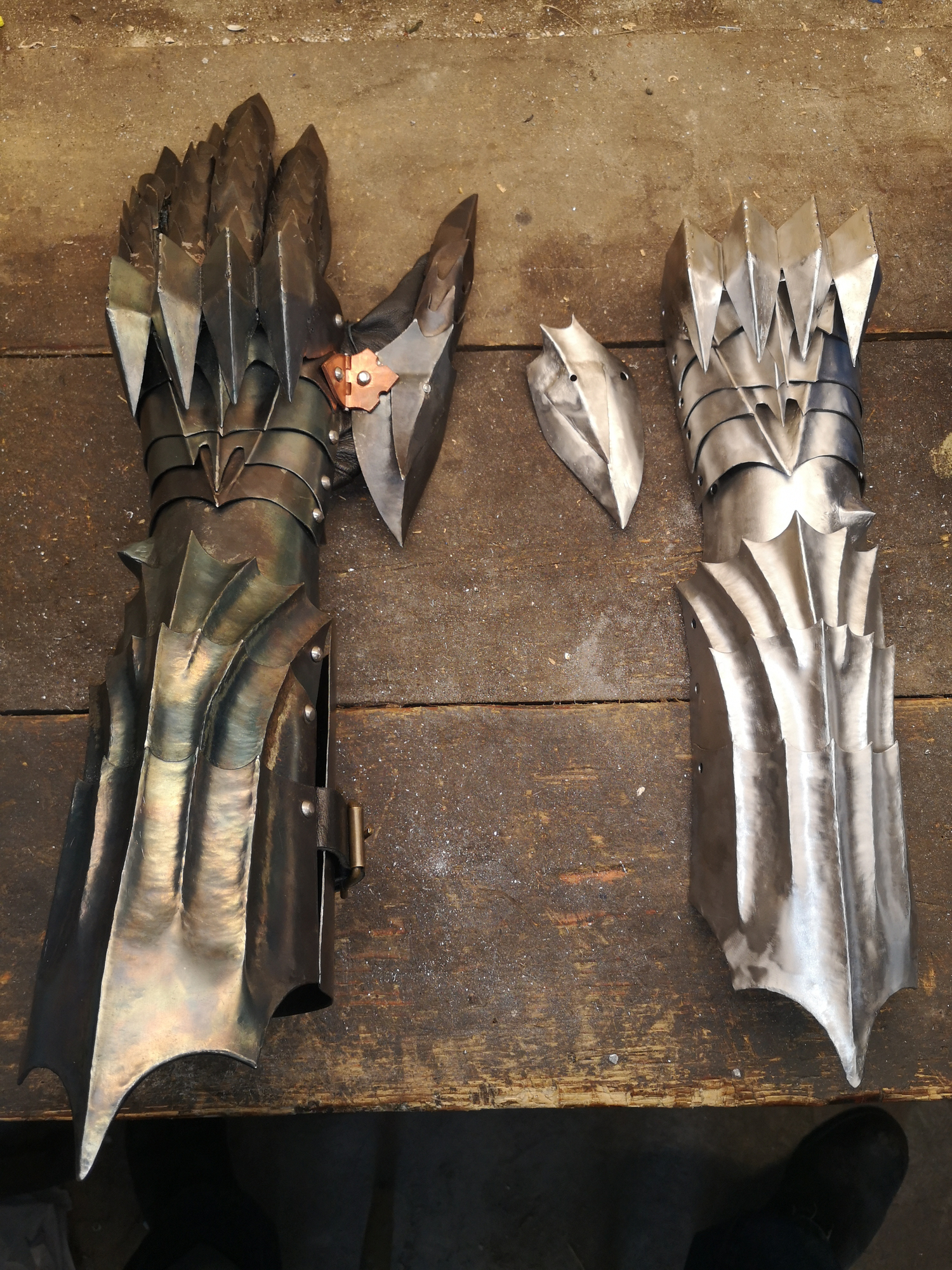 Boot covers, modelled in Blender first and saved to a flat template. 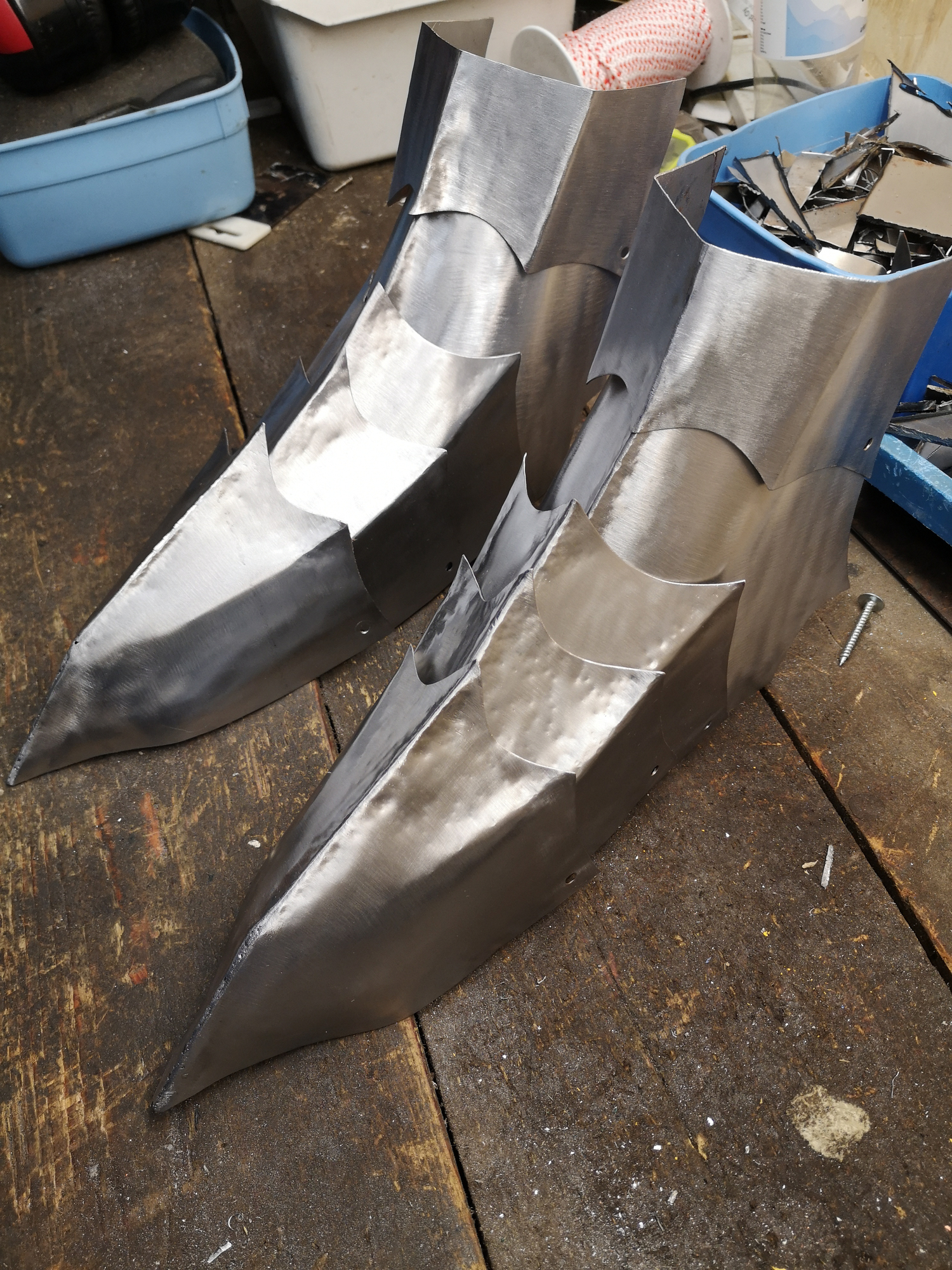 The helmet was also designed by me in Blender, from which I generated a flat template to cut it out as a single piece. 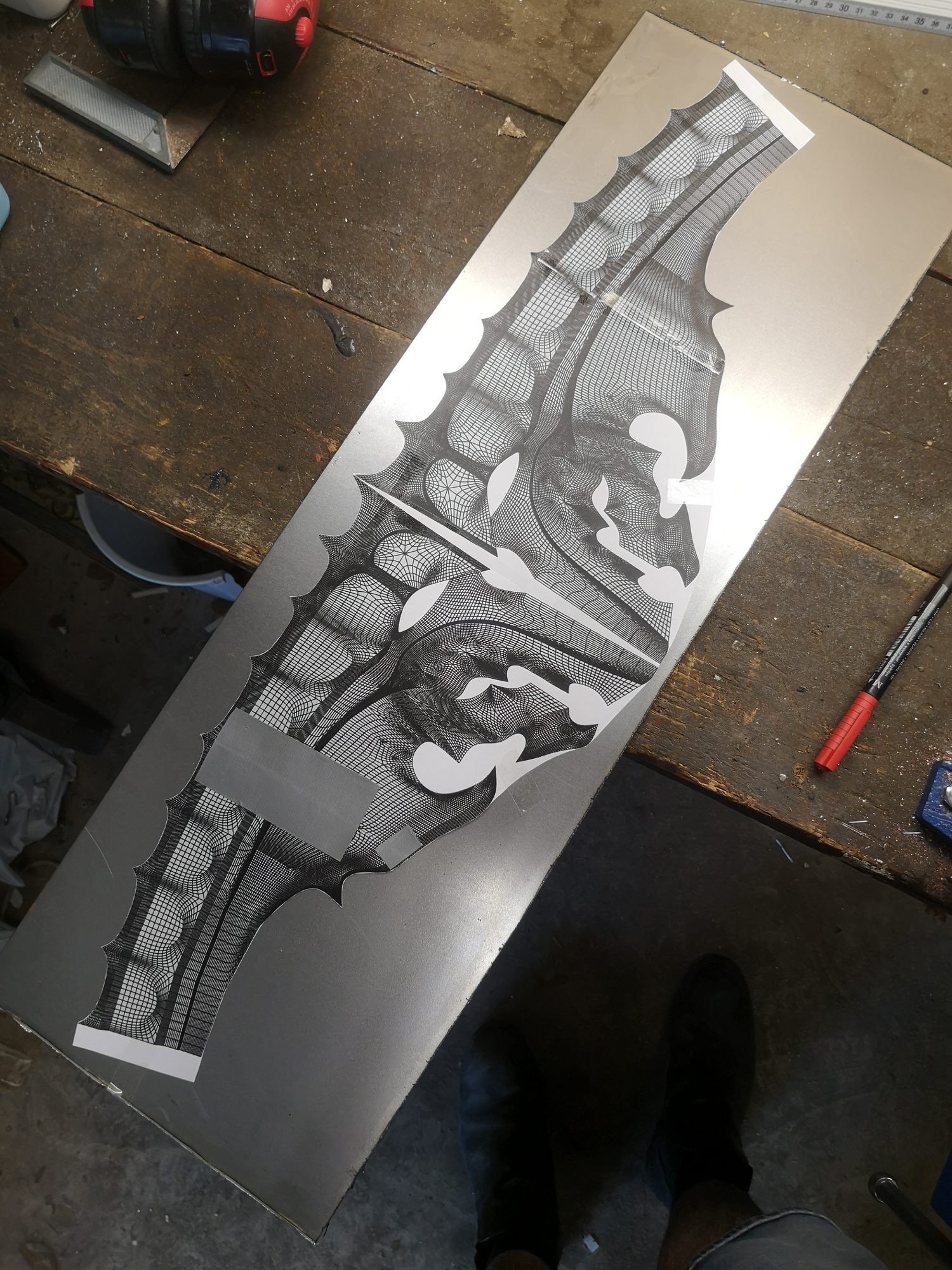 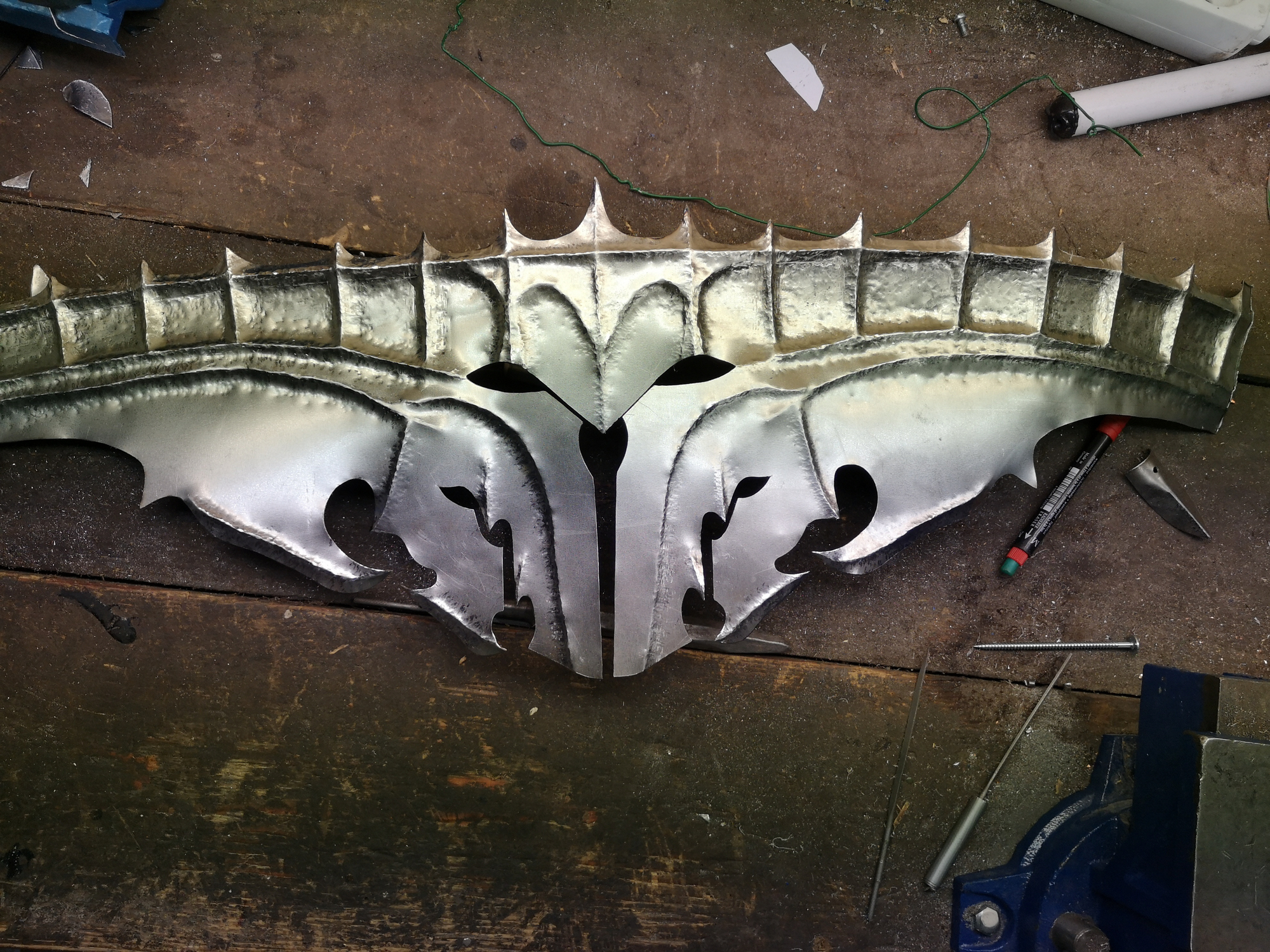 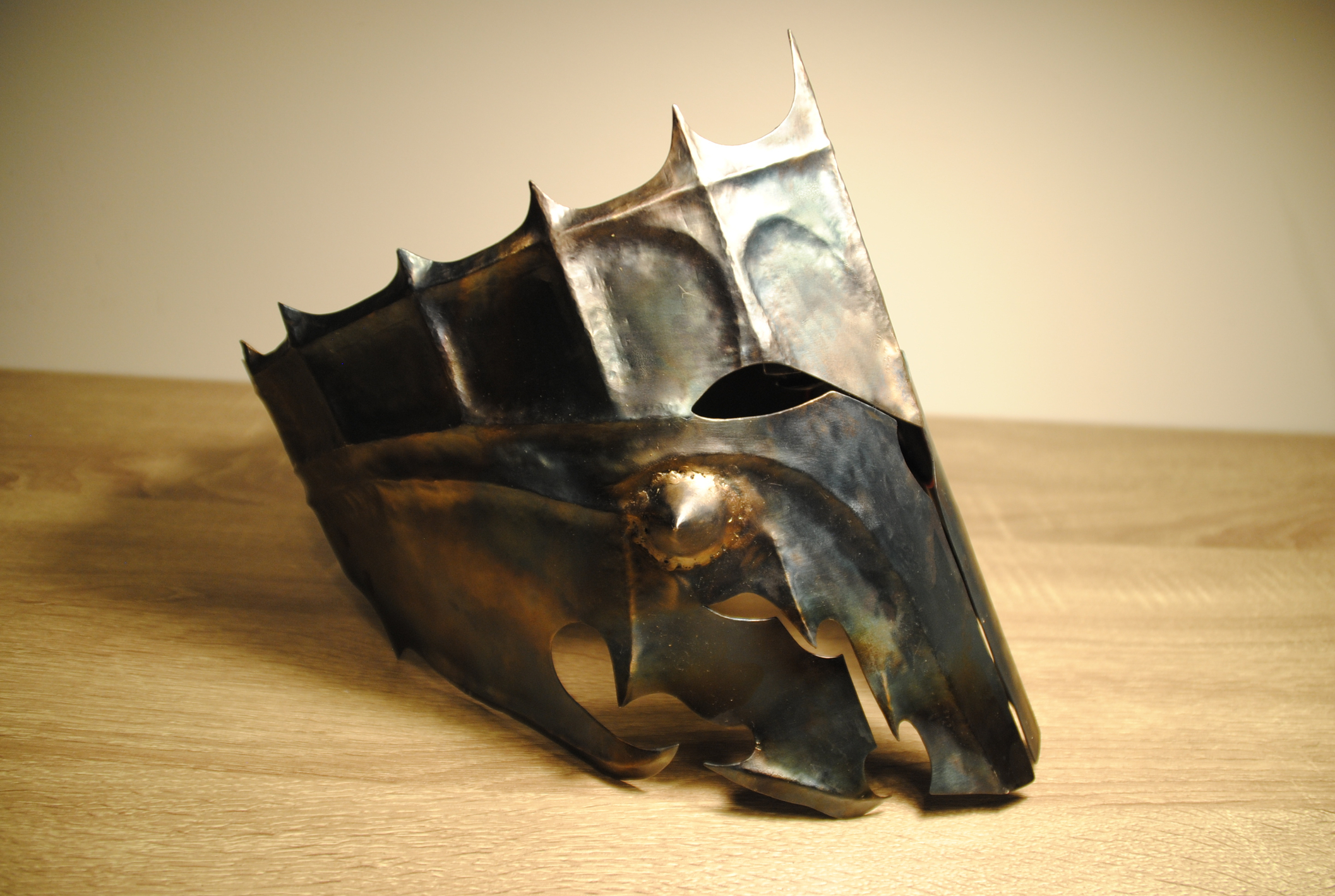 I also added some red LEDs to the inside of the helmet as a final touch, to provide some contrast to it's shapes and edges under the dark hood, and add an extra bit of spookyness for Halloween. 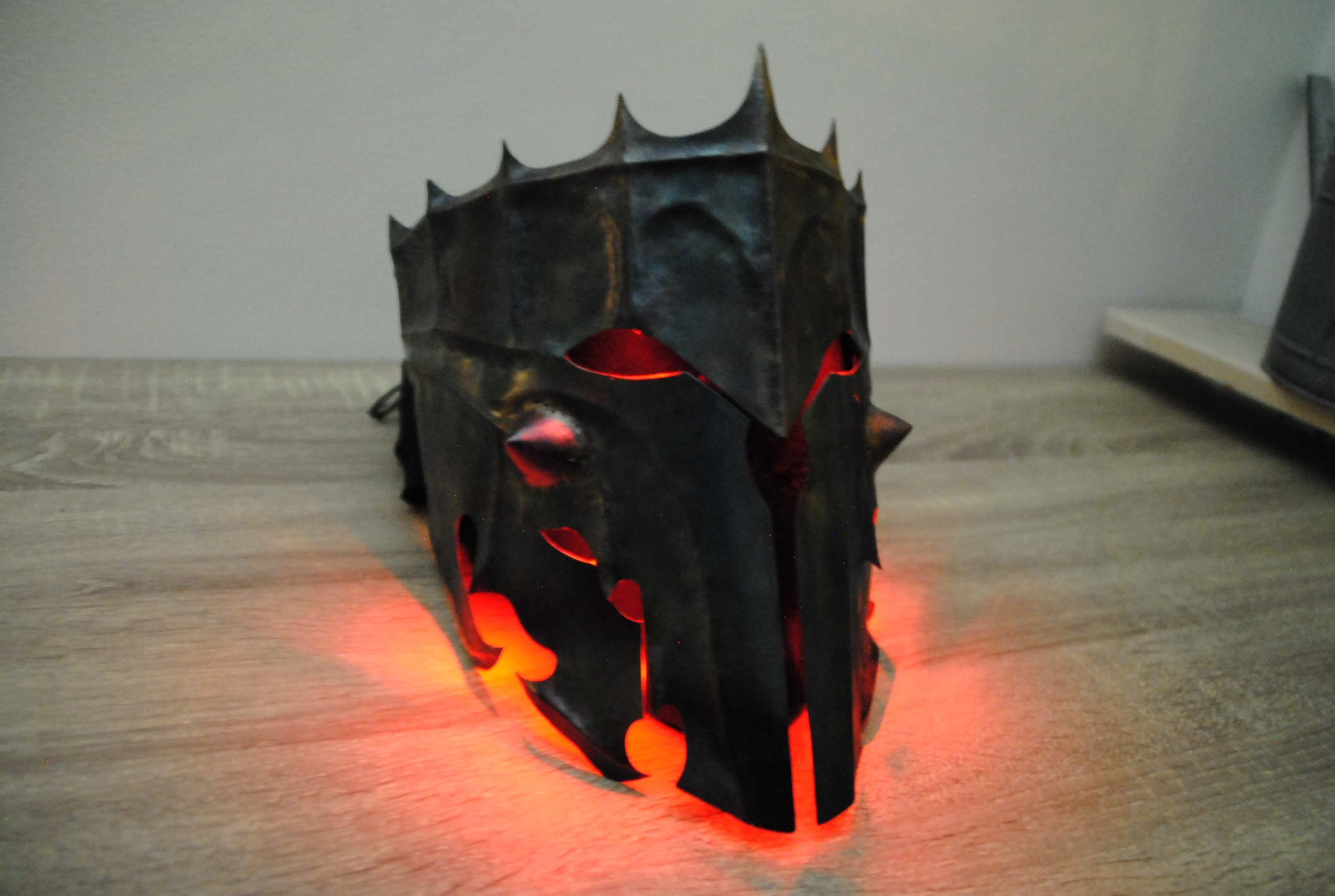 You can see more about my projects on Instagram @horribleigh
including other past Halloween costumes and makeups. There's a little more on my Nazgul project, including a video showing the articulation of the gauntlets.
Here's a bonus pic with Hannah, the not so enthusiastic Nazgûl steed 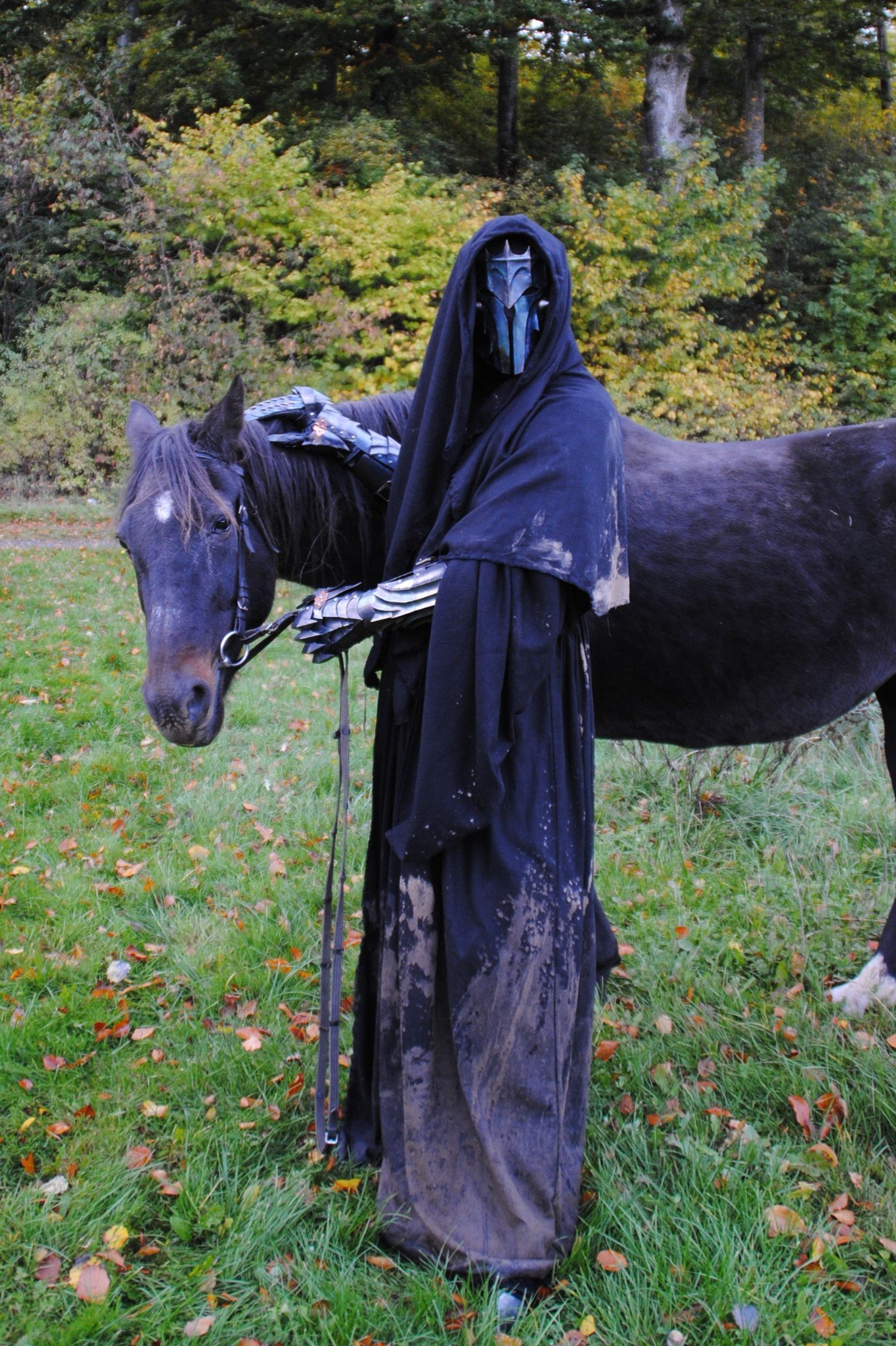