My name is Maiya Higgins! I am a haunted house actress from Illinois. I have had a passion for making costumes ever since I was a kid. This costume in particular is based on the Irish folklore creature called “Pooka”. According to the legend, Pookas are shapeshifters; Often taking the form of a human-like rabbit, dog, goat, goblin, or horse. The most recognizable feature of these strange creatures are their glowing yellow eyes that greatly contrast to their dark, shadowy forms. They are mischievous tricksters by nature and can either be harmless or malicious depending on the creature’s personality. Their favorite pastime is wasting precious human time, luring those who fall for their tricks into long meaningless conversations and then disappearing without a ‘goodbye’. Pookas can be found in the mountains and forests of Ireland. It is said that there is at least one Pooka that inhabits each county of Ireland.

The legend of Pooka has inspired quite a few notable pieces in pop culture, from the Spiderwick Chronicles novel series to the 1950 film Harvey. And more recently, the 2001 film Donnie Darko, where Pooka is portrayed as Frank the rabbit.

I made this costume originally just for a one-off St. Patrick’s Day event at Basement of the Dead in Aurora, IL in March 2021. I wanted to deviate from the stereotypical leprechaun theme of the event and researched Irish folklore, which is where I came upon the underrated and deeply misunderstood Pooka. I made the costume to not only stand out from the stereotypical leprechaun, but to also shed some light on this lesser-known cryptid and to honor my Irish heritage. The costume was such a hit at the event that I decided to make another appearance as Pooka at the Midwest Haunter’s Convention in Milwaukee, WI in June 2021. I entered the MHC Costume Contest and won Best Costume overall, judged by the legendary Ben Armstrong and Allen Hopps.

Pooka was designed by myself, using inspiration from the many depictions of Pooka in pop culture and illustrations found throughout my research. From head to toe, each piece of the costume was handmade or distressed by me with some help from my partner, John Stees. Starting from the top, I made the ears/wig from foam, fur fabric, wiring, and a distressed wig. The mask was designed by me, and then sculpted, casted, painted, and detailed by John Stees. The base costume was a dress that I repurposed with some distressing, painting, and some sewed on details. The boot covers (not shown in the YouTube video) were patterned and sewn by me, with some craft foliage added.

Filmed by John Stees. Edited by me. 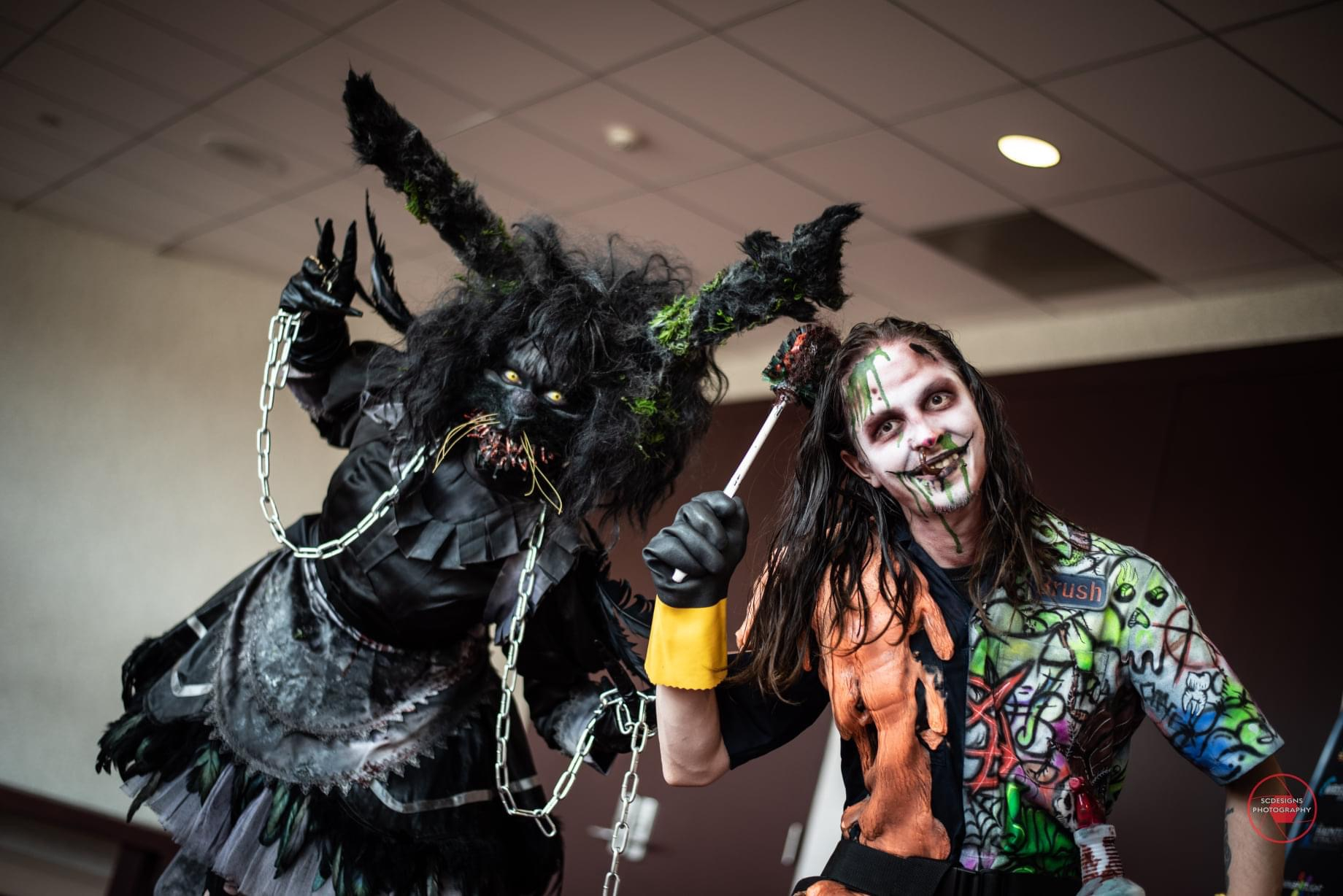 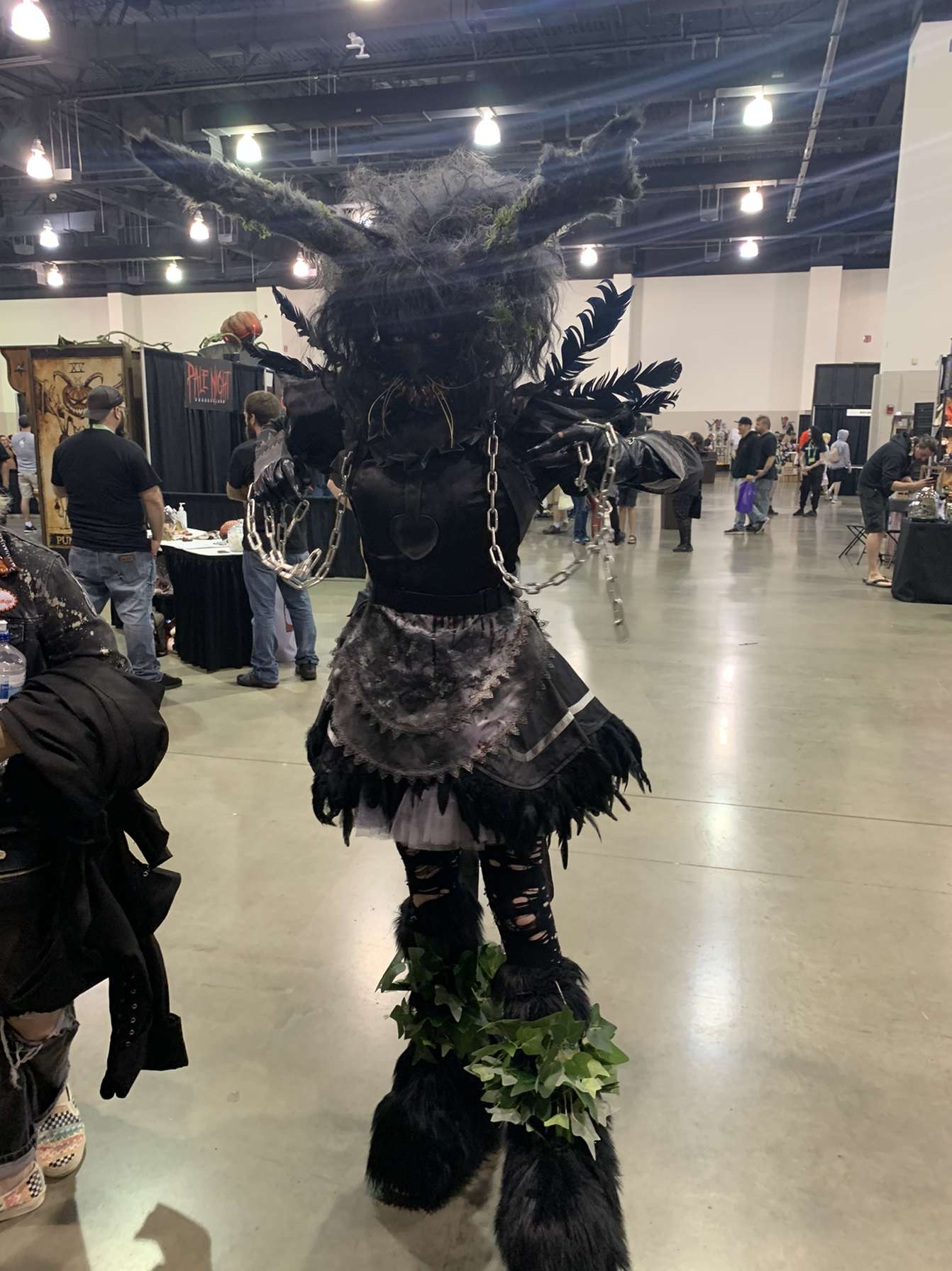 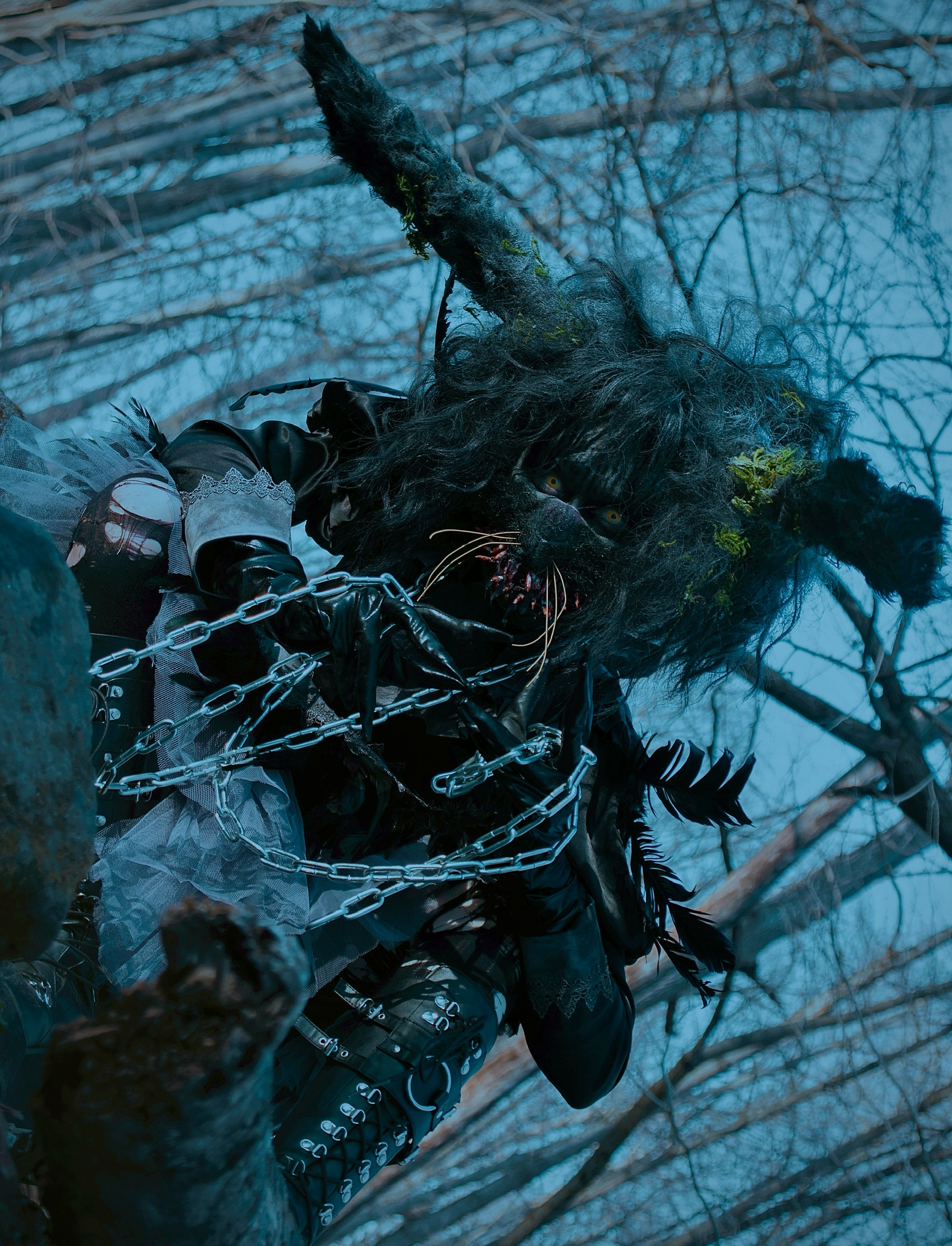 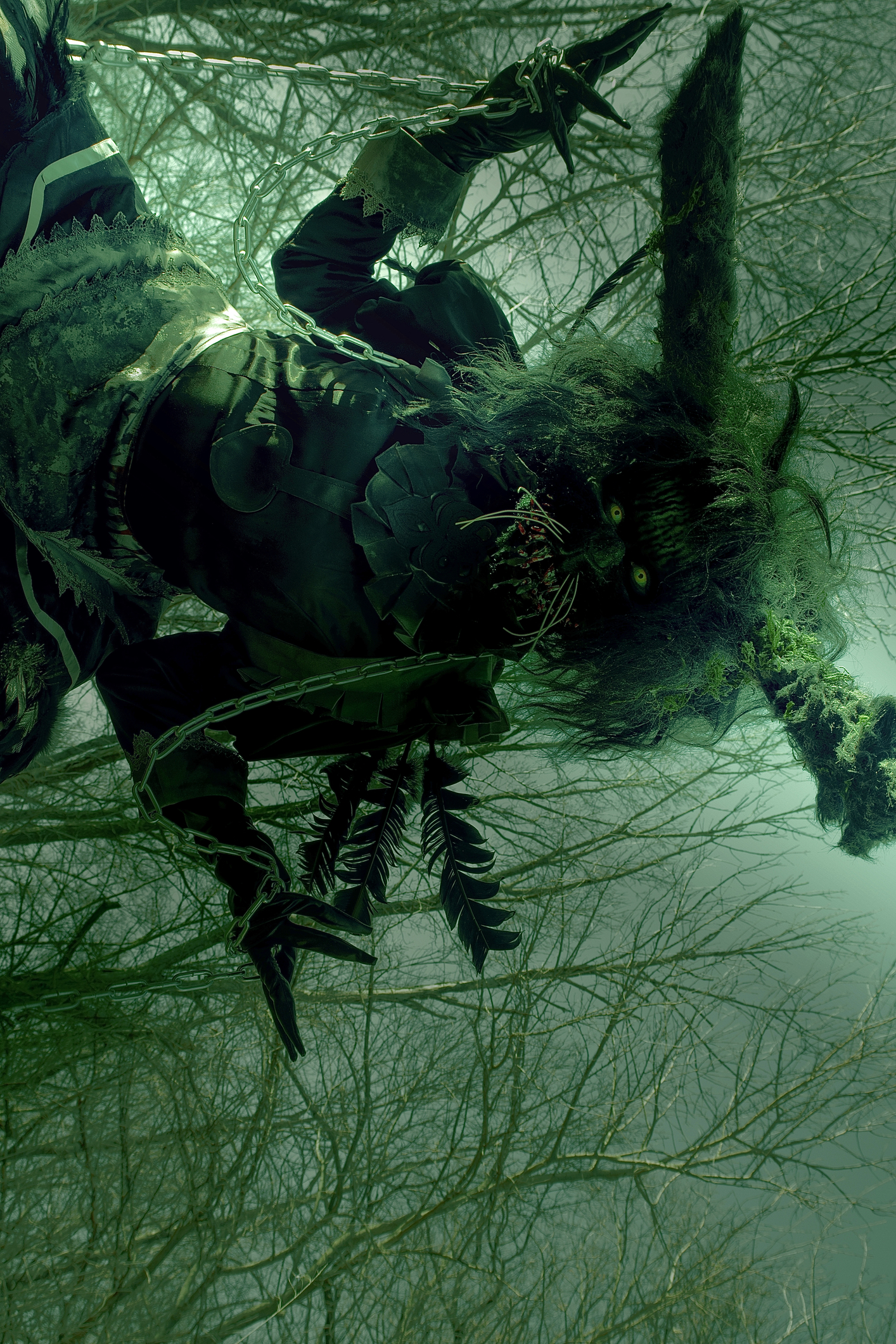