Is this the Original Barge Formula? 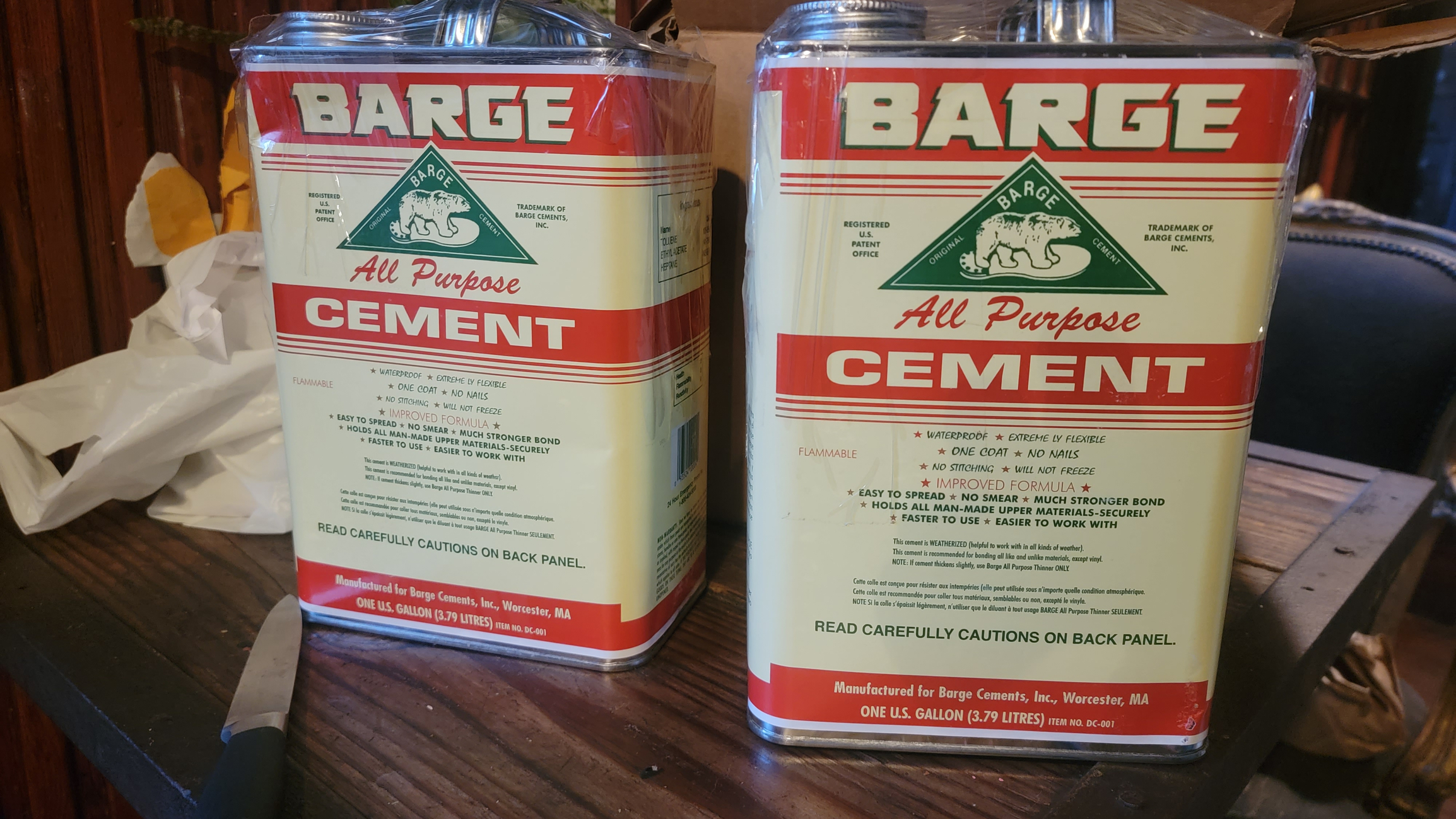 So I've been having issues with large. I watched the DVD on how to make a special effects corpse and have been trying to replicate his use of spider webbing with barge contacts in it. I bought the gallon on the left a few weeks ago and was not able to get the spider web technique or at least it didn't work that well.


I read on the forms that barge change their formula to VOC free and you want the original yellow and red container. I bought the can on the right on eBay which claimed was the barge original formula via messageing , when It got here it looks exactly the same.

Before I open the new containers and try it. And want to know if anyone has used this and had success with the "spider web" technique from a can that looks like this, and maybe I was just using it wrong the first time. Does this look like the original formula?
0