Escaron Sweden ✭
July 2021 edited July 2021 in Creature Sculpting Contest 2021
I present to you my sculpture and tribute to the game that has both shaped and meant the most to me ever since I was a little girl and got it for my 10th birthday by my parents back in 1997. This is the final boss Safer Sephiroth from Final Fantasy VII, the epic JRPG released in 1997 by Square Soft (now Square Enix).
I have given this sculpture a few own touches (will go into detail further down) but at the core Ive followed references from the original game, so I take no credit for the character, he fully belong to Square Enix. I added the references Ive worked with at the bottom. Also the polygon figures in 2 photos are not made by me but purchased from Square Enix, I simply couldnt resist to take a few shots with them since they fit so well with my sculpture (and it wasnt even planned)!


Safer Sephiroth is fully handsculpted in mostly super sculpey but also some epoxy where it needed to be extra sturdy (wings, sword). The things Ive not sculpted are the transparent feathers that I cut out of a plastic sheet and painted, the wooden plaque he "fly" above, the acrylic rod holding him up as well as 2 small rods that keep his halos together while at the same time looking like they float apart. He is painted in acrylics and as mentioned I have taken artistic liberties while making this seven winged angel, yet Ive planned it so every detail has deep connection to the character, lore and game, nothing is random. It wont be much of any impact to people who dont know FFVII but I will still mention what Ive done and try to explain a little.
I changed Sephiroths hair to look more like his human form. I gave his demon wing different details. I added runes to his halos, they dont mean anything but there are a lot of "VIIs" and "7" in there. I also added Holy materia to his halo and the black materia embeded in his shoulder (important story and character items), painted the base as the boss background and on the back of his arm and wings I made a whole arsenal of materia (in game magic system, also deeply tied to character) in their slots. Also, what would Sephiroth be without his masamune? I made it so that the weapon can be removed from the stand and placed upright as well as along it.

At 45cm tall (17.7 inches) and 61cm wide (24 inches) this guy is the most challening sculpt Ive made to date (finished him about a month ago), so much new to try out and learn. Figuring out how to sculp, add my style while staying true to the original, make it sturdy enough to "fly", sculpt a human torso and head for the first time (Im proud), paint it balanced and so on... not to forget asemble the whole thing, cause he was way to big to fit in the oven and I had to make him in 7 different pieces (fitting number haha). And here I am now, a year, (a game Remake - thats why I started in the first place) and much experience later and boy am I happy and proud of the outcome. Quite a few times I didnt think I would, but I pulled it off!


Thank you for looking! 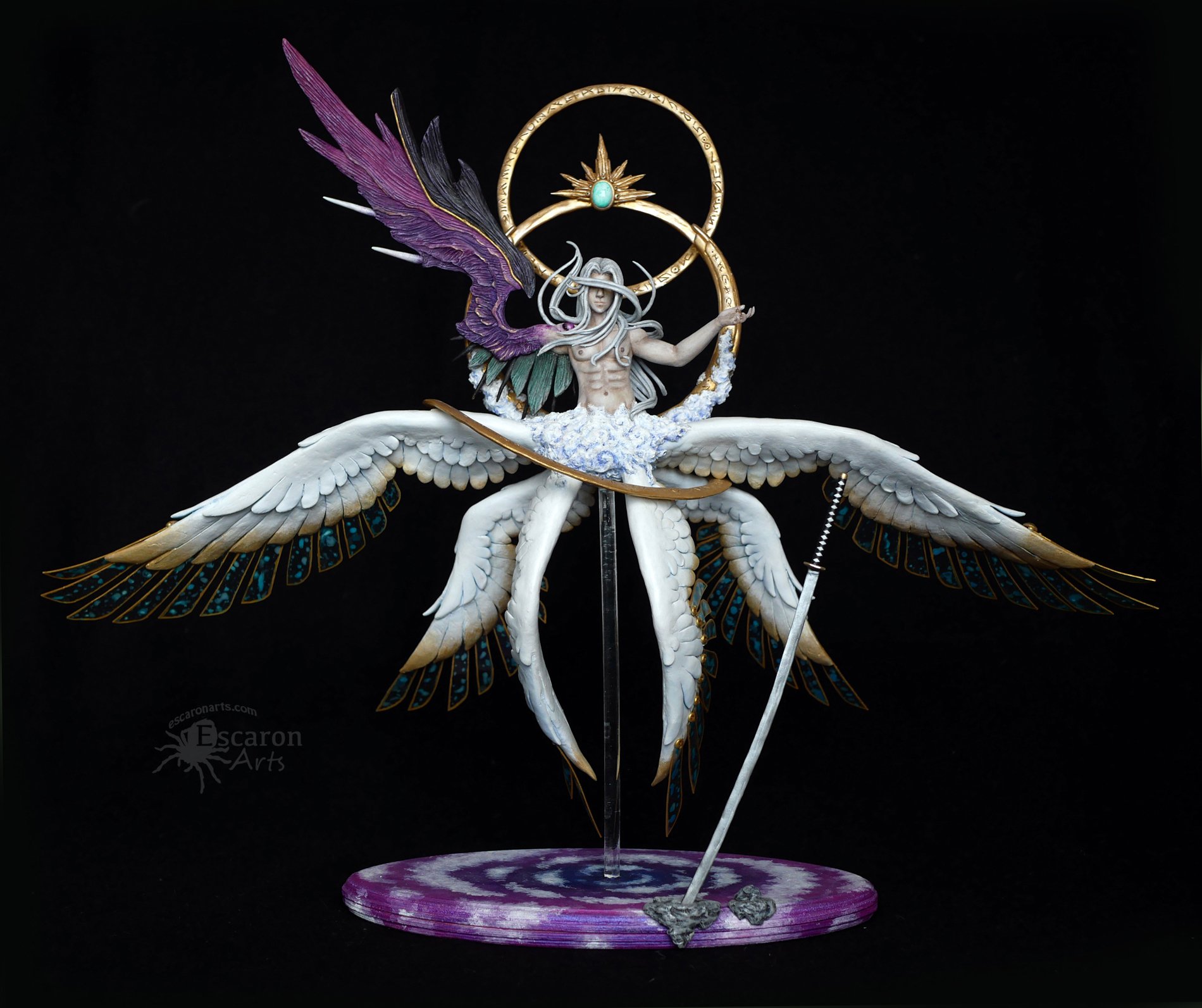 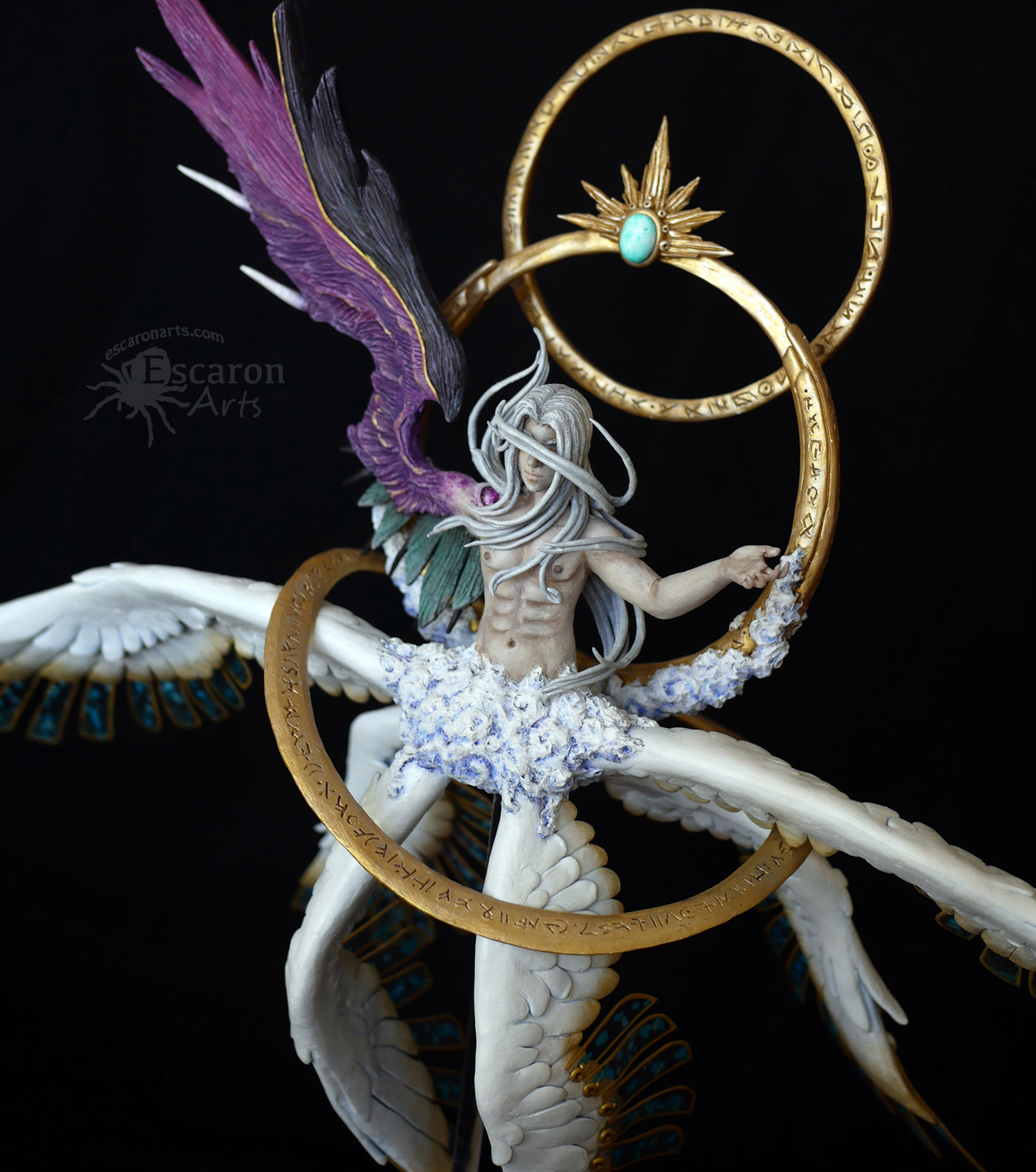 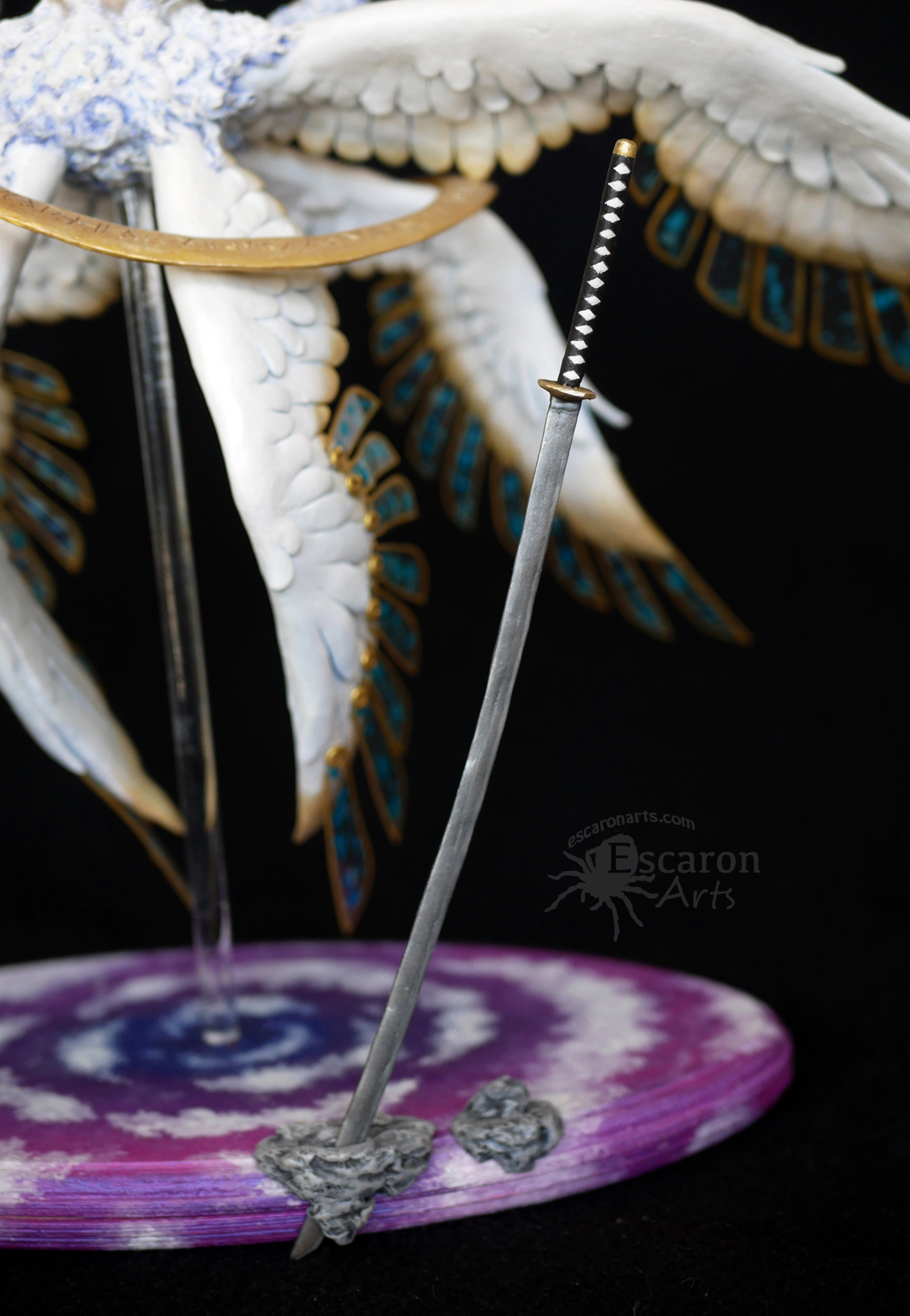 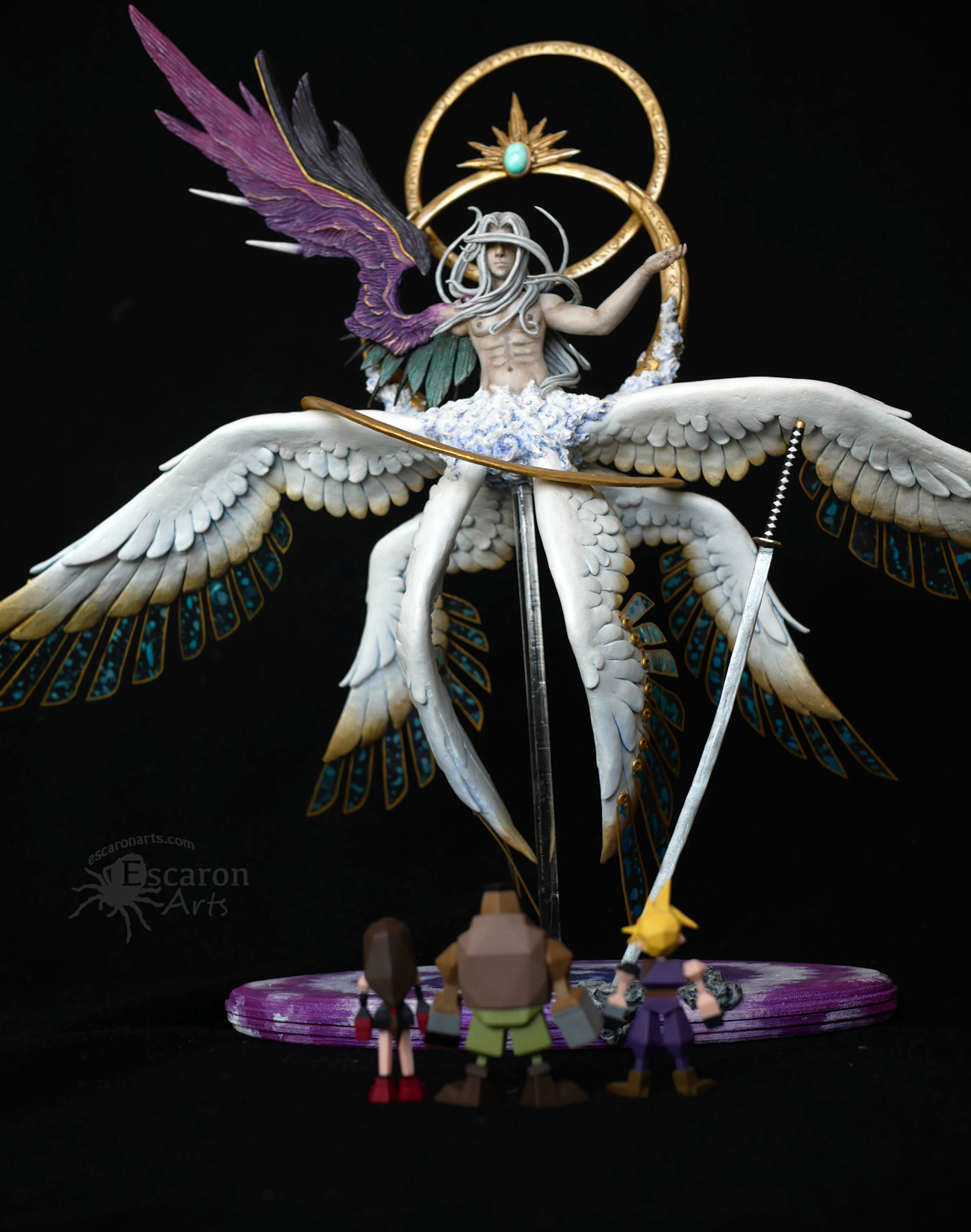 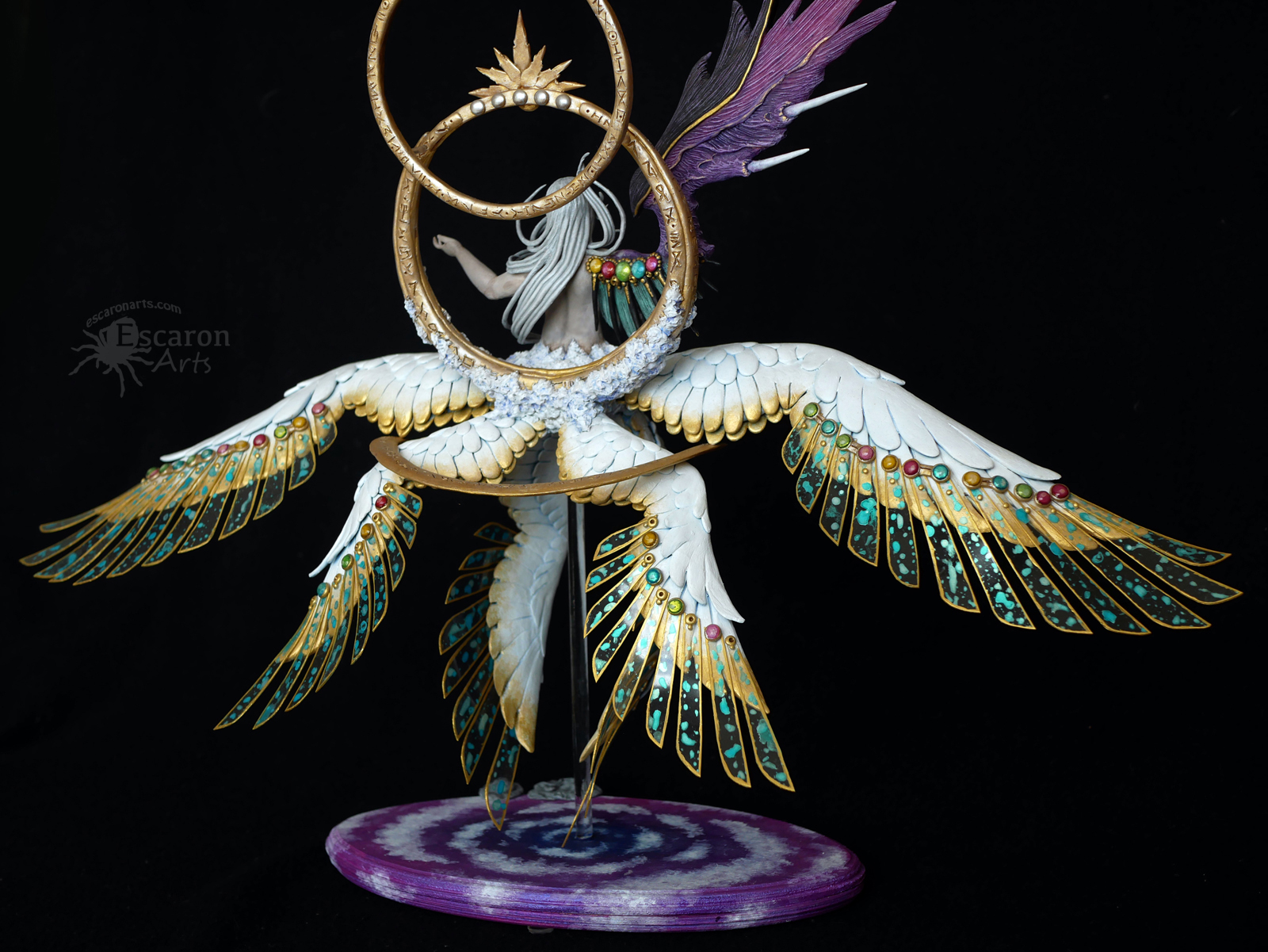 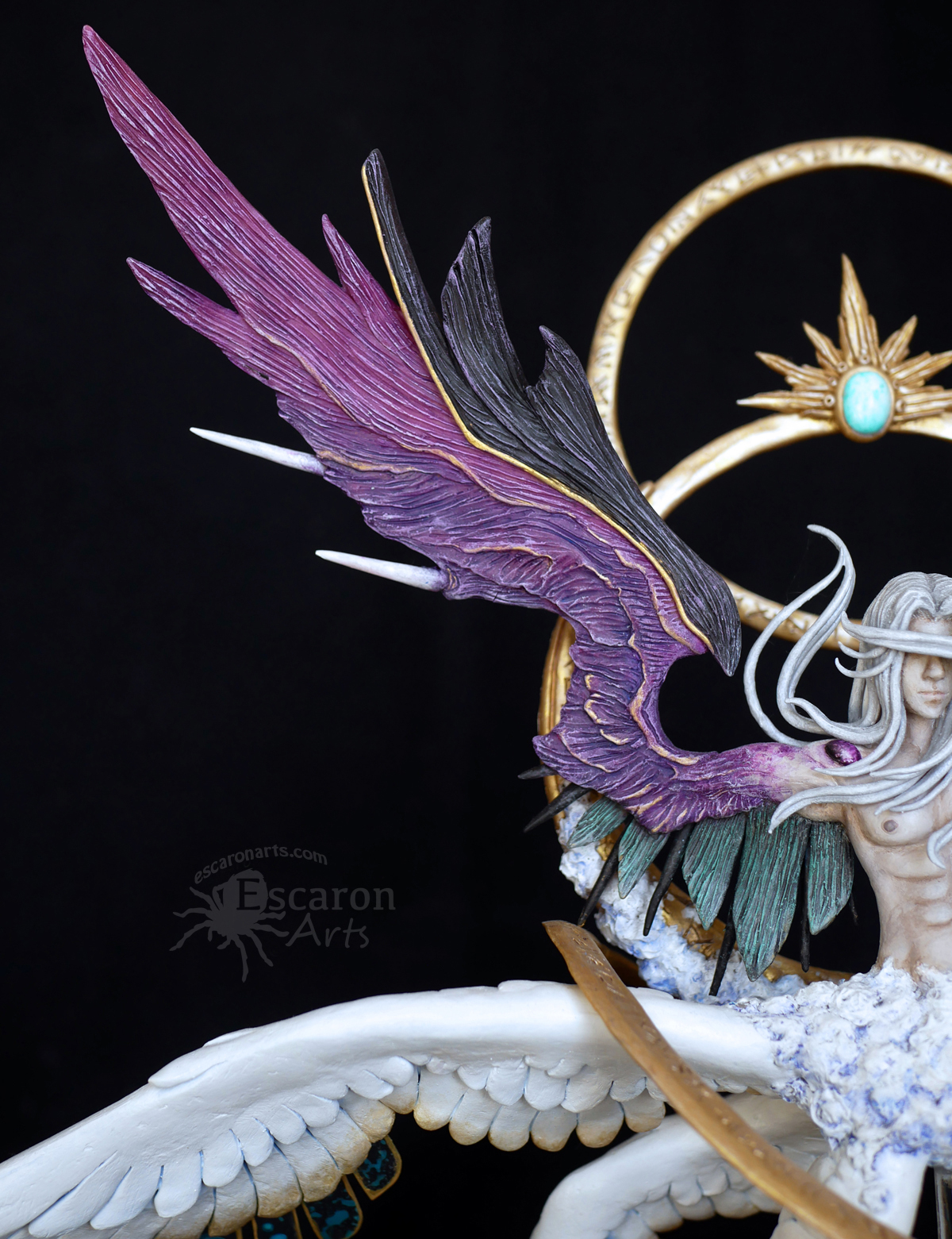 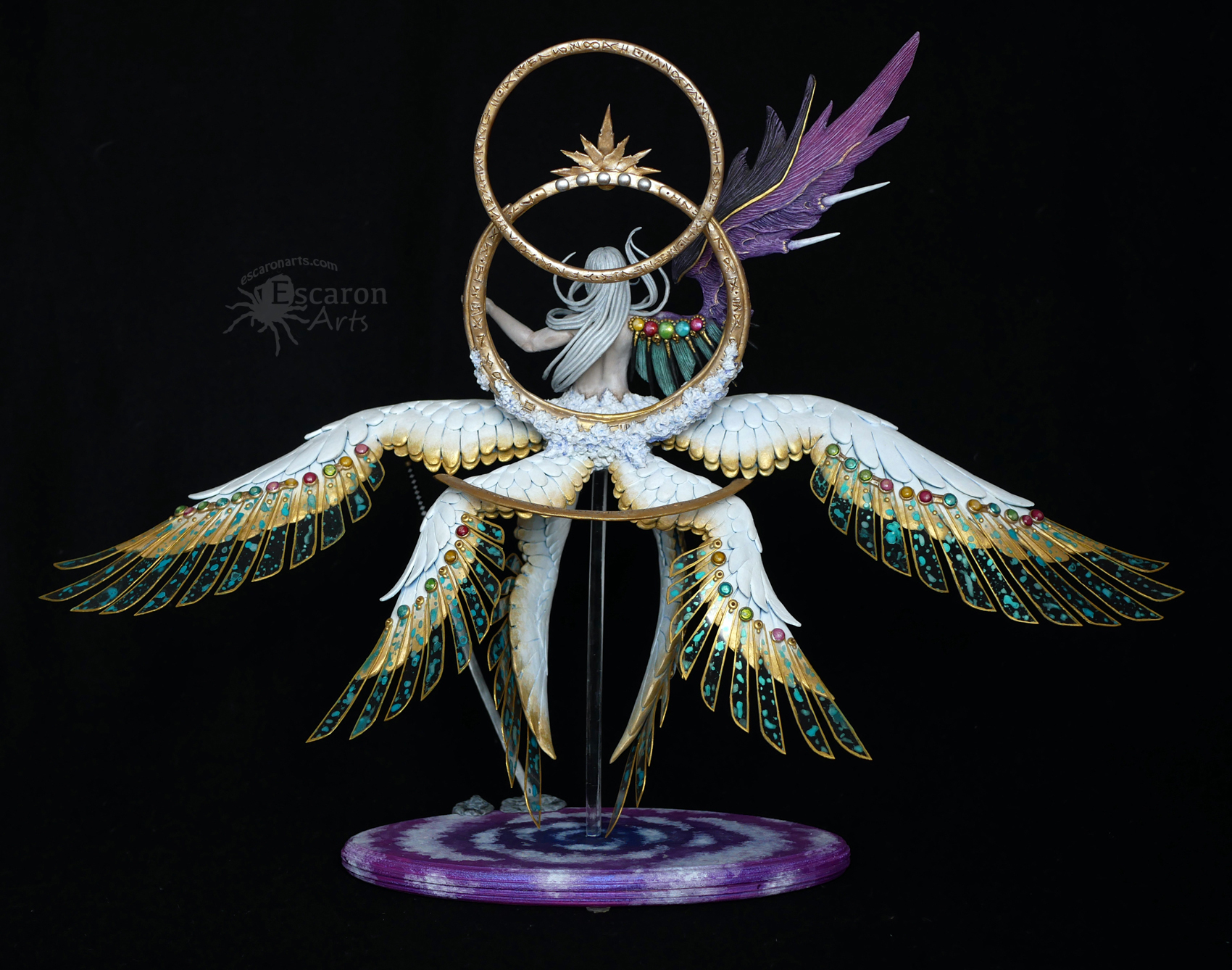 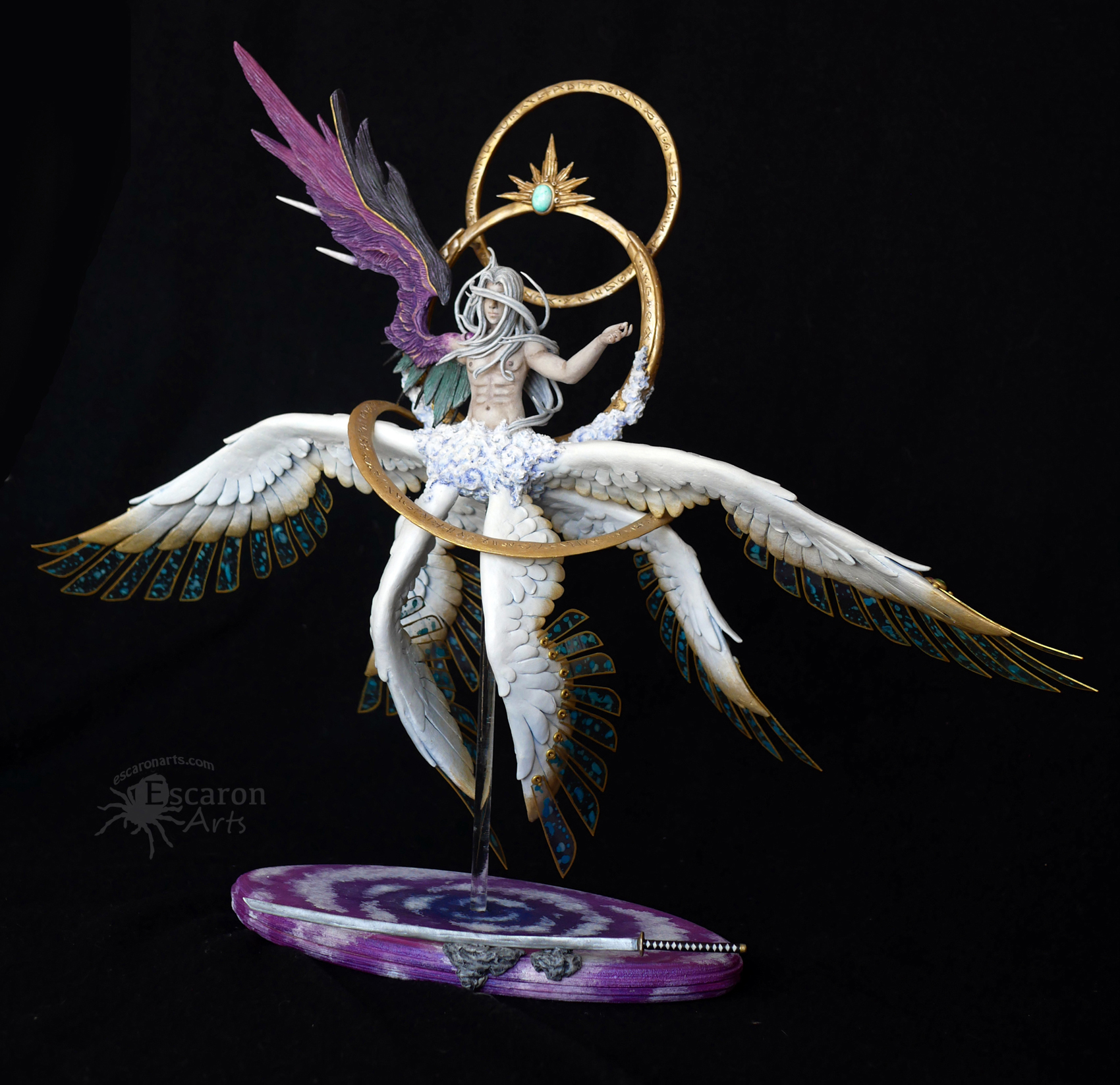 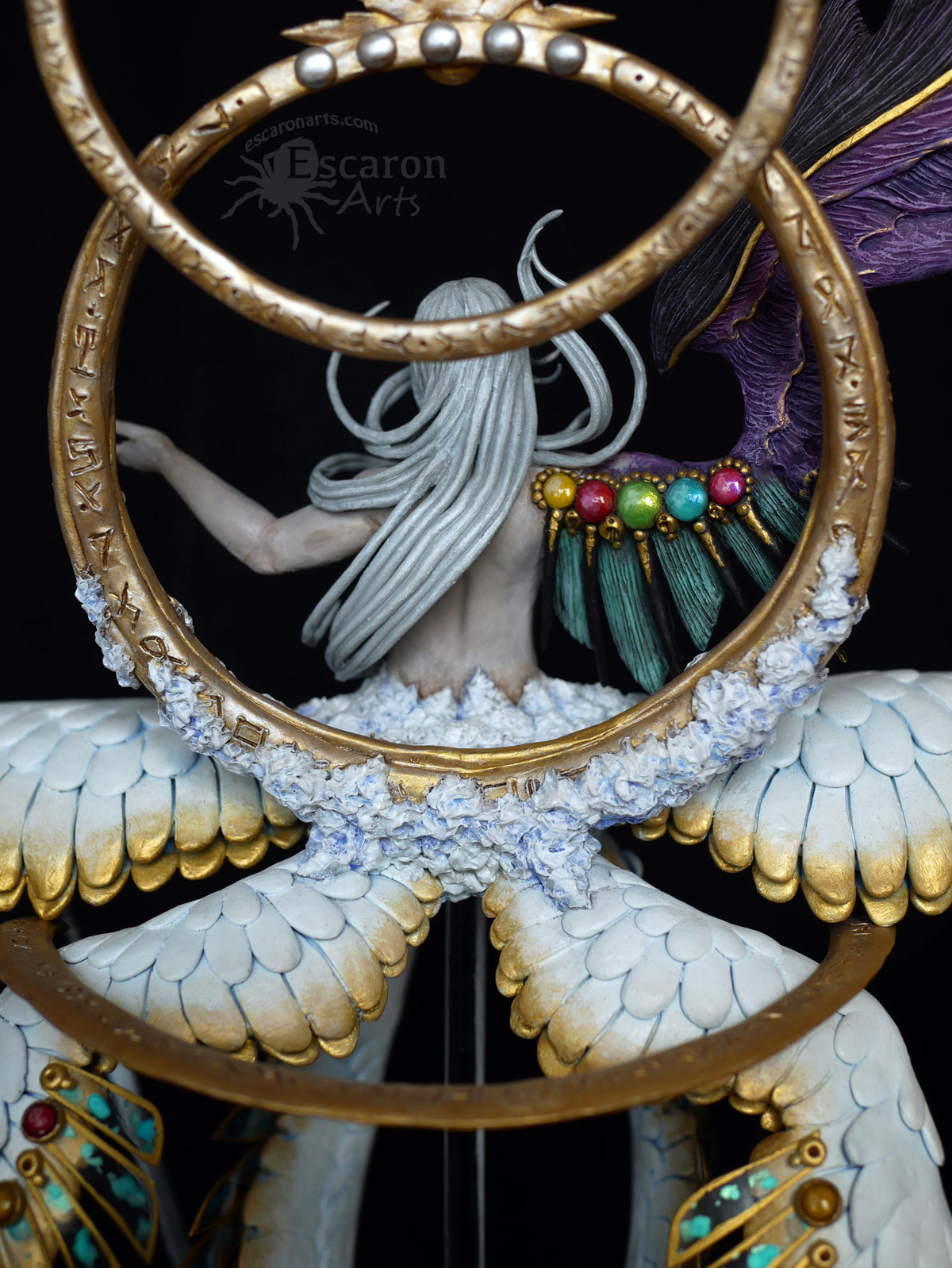 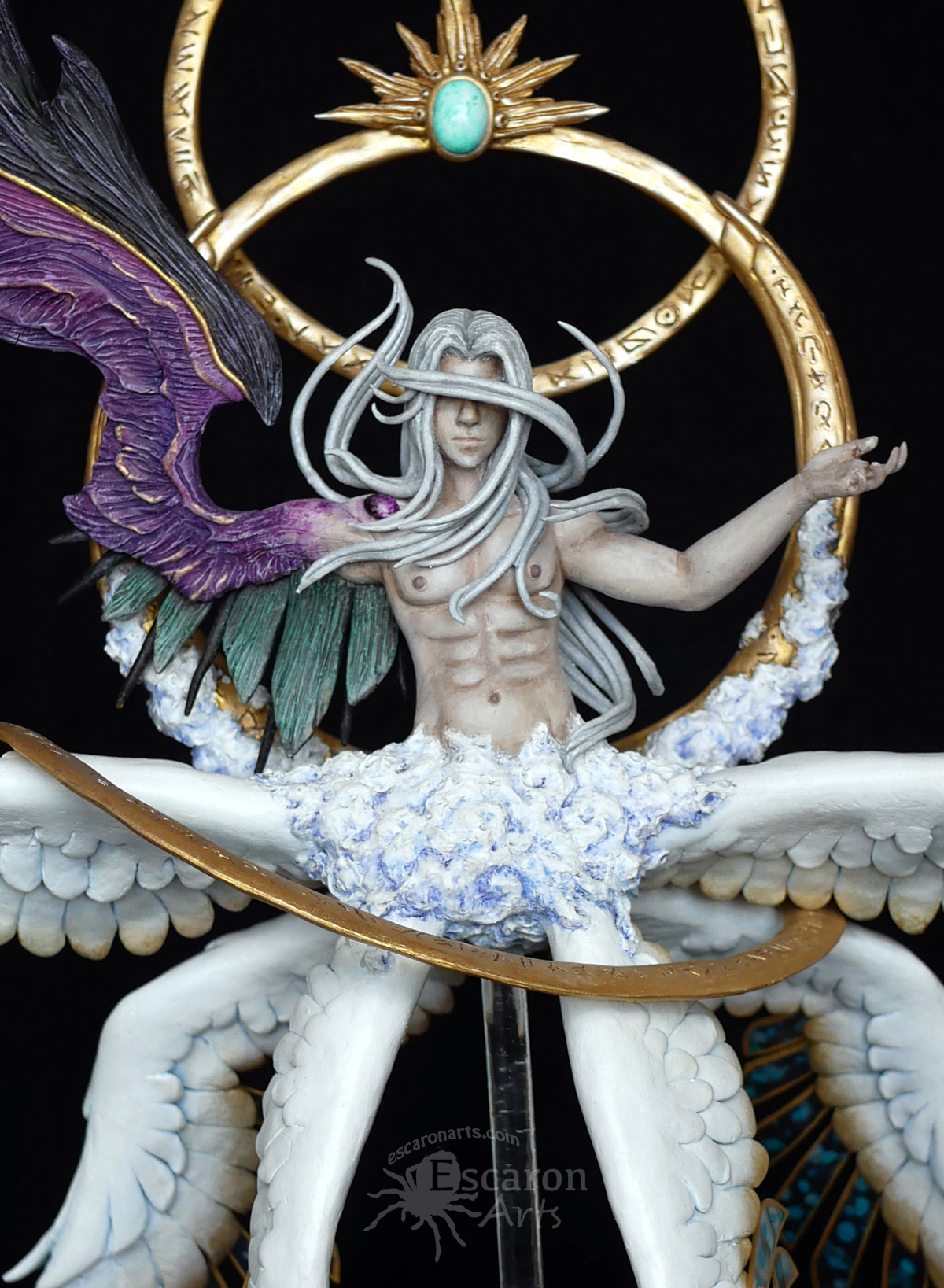 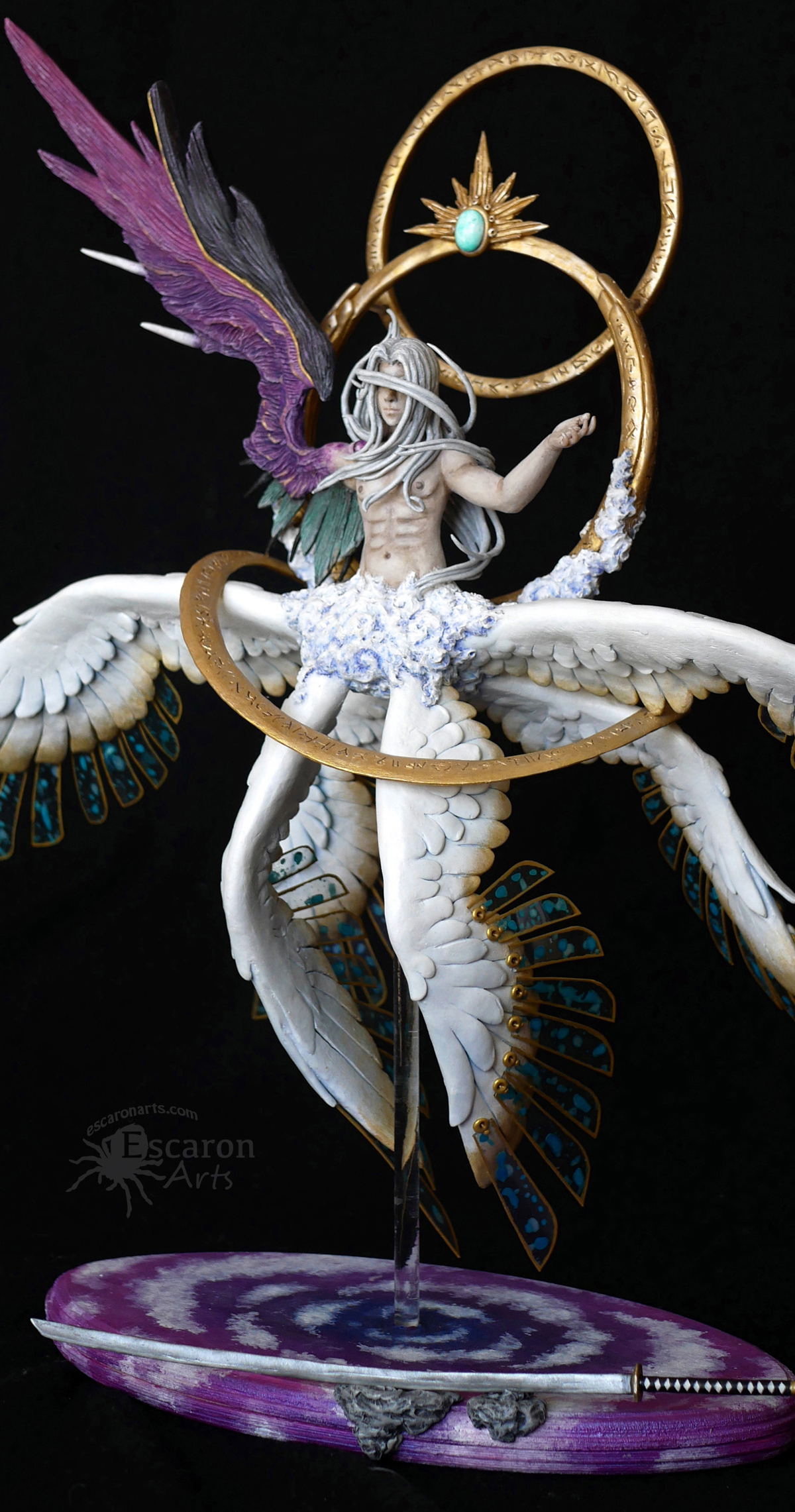 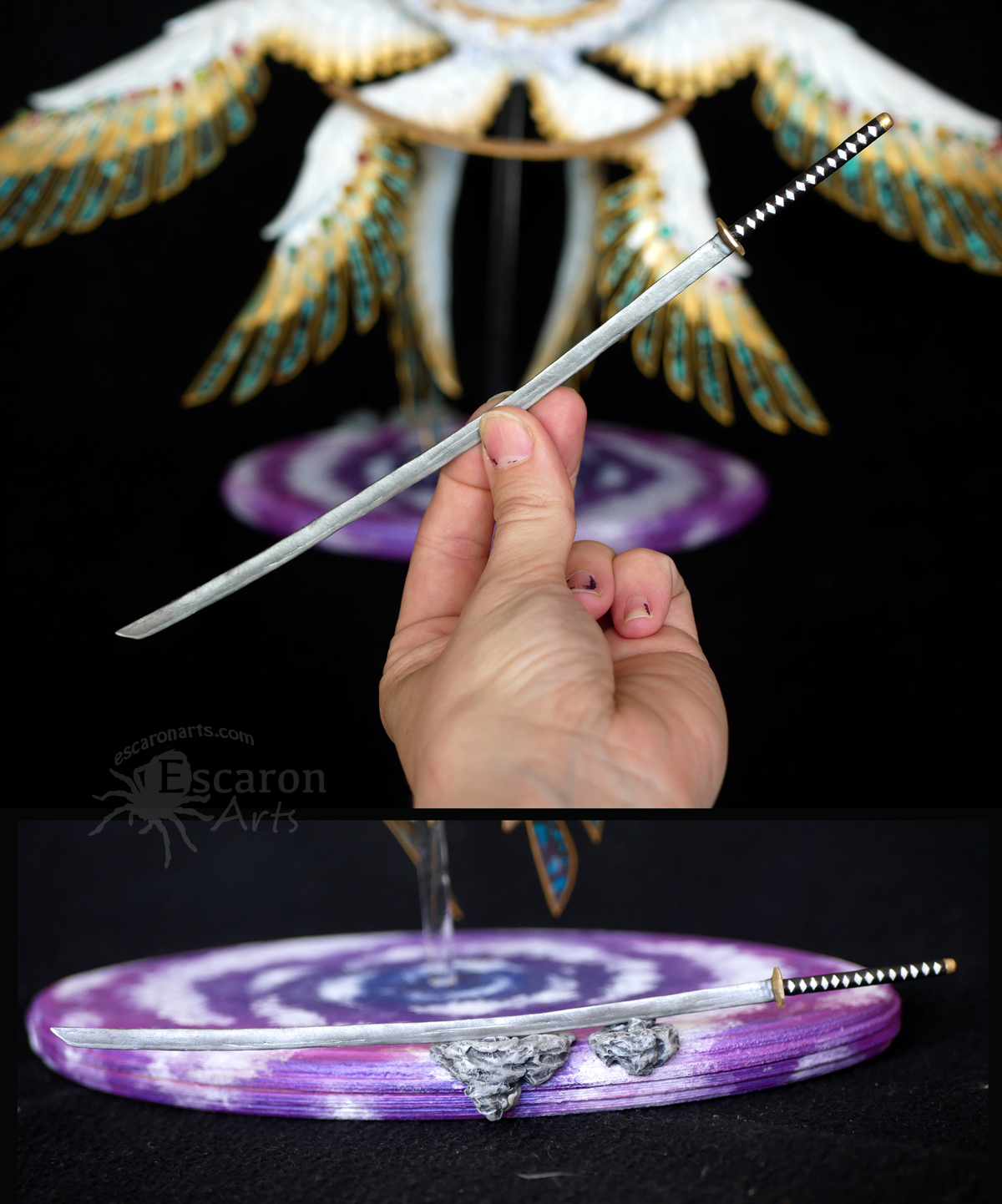 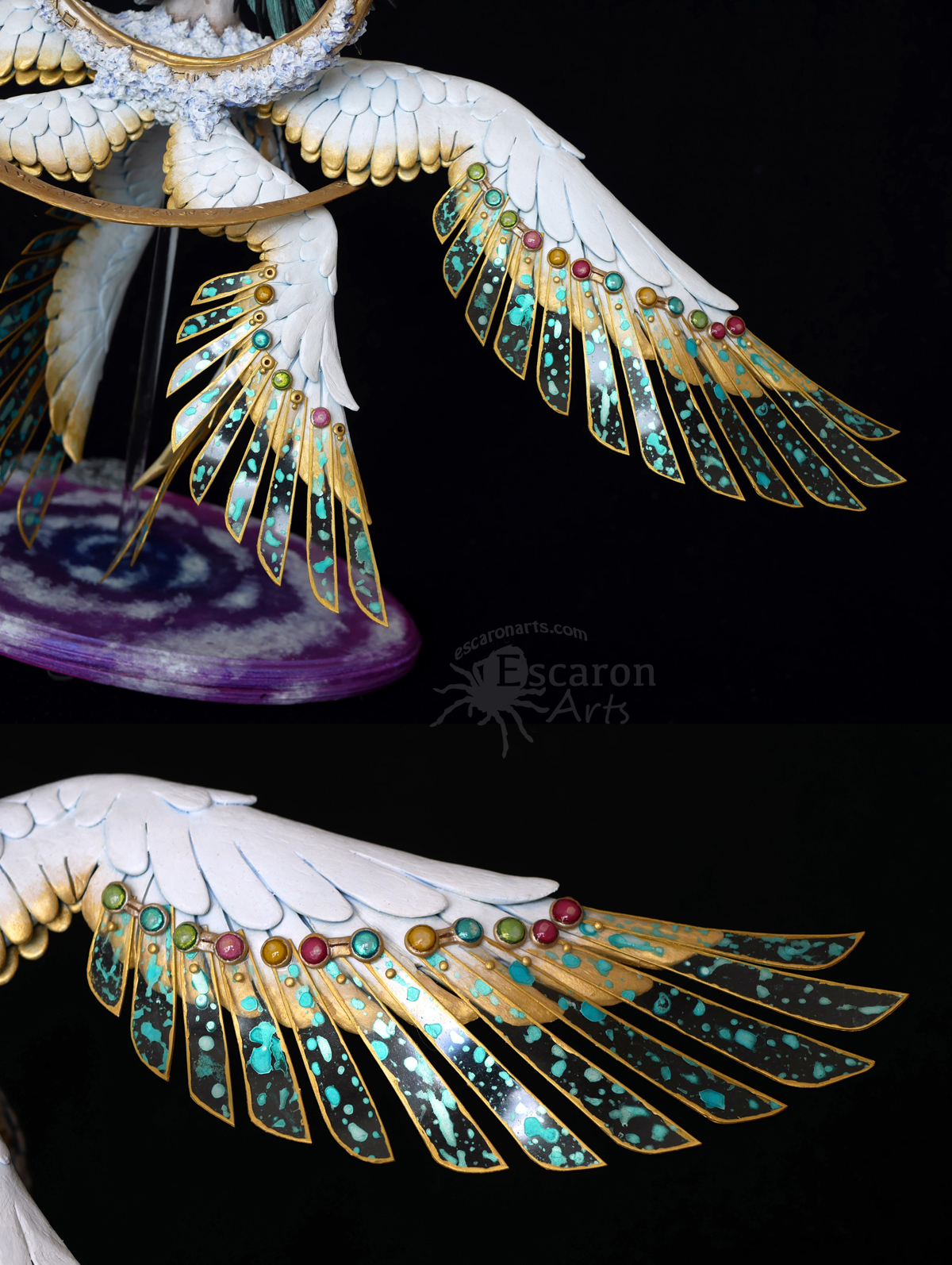 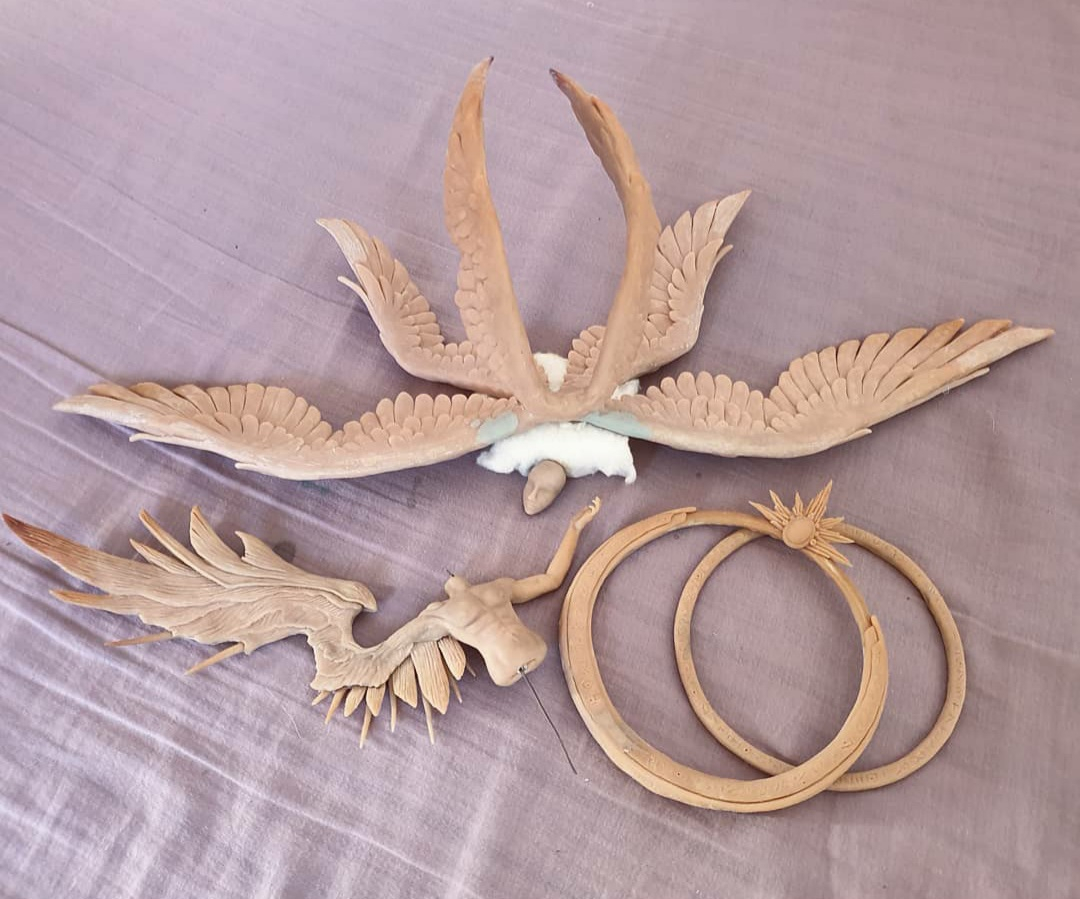 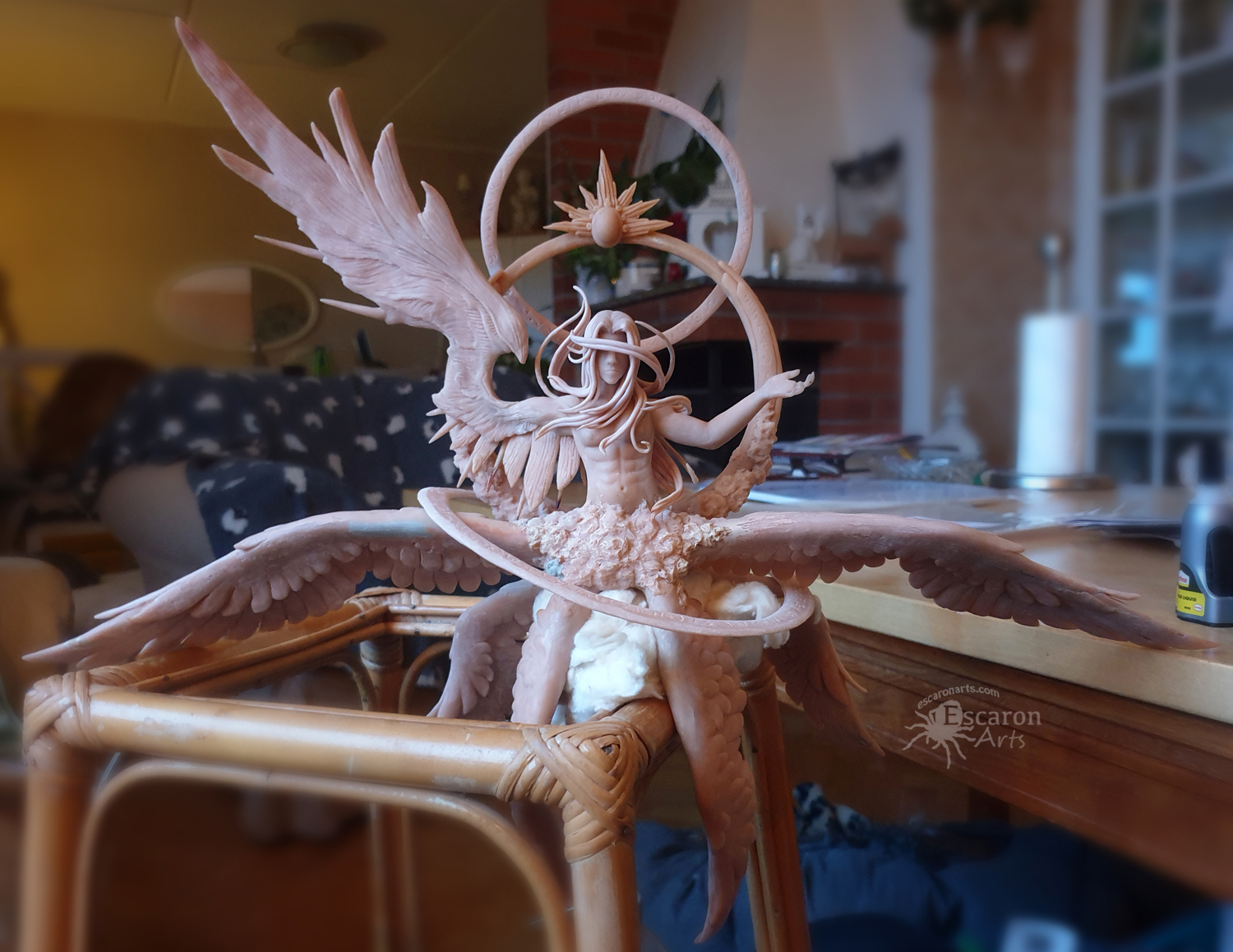 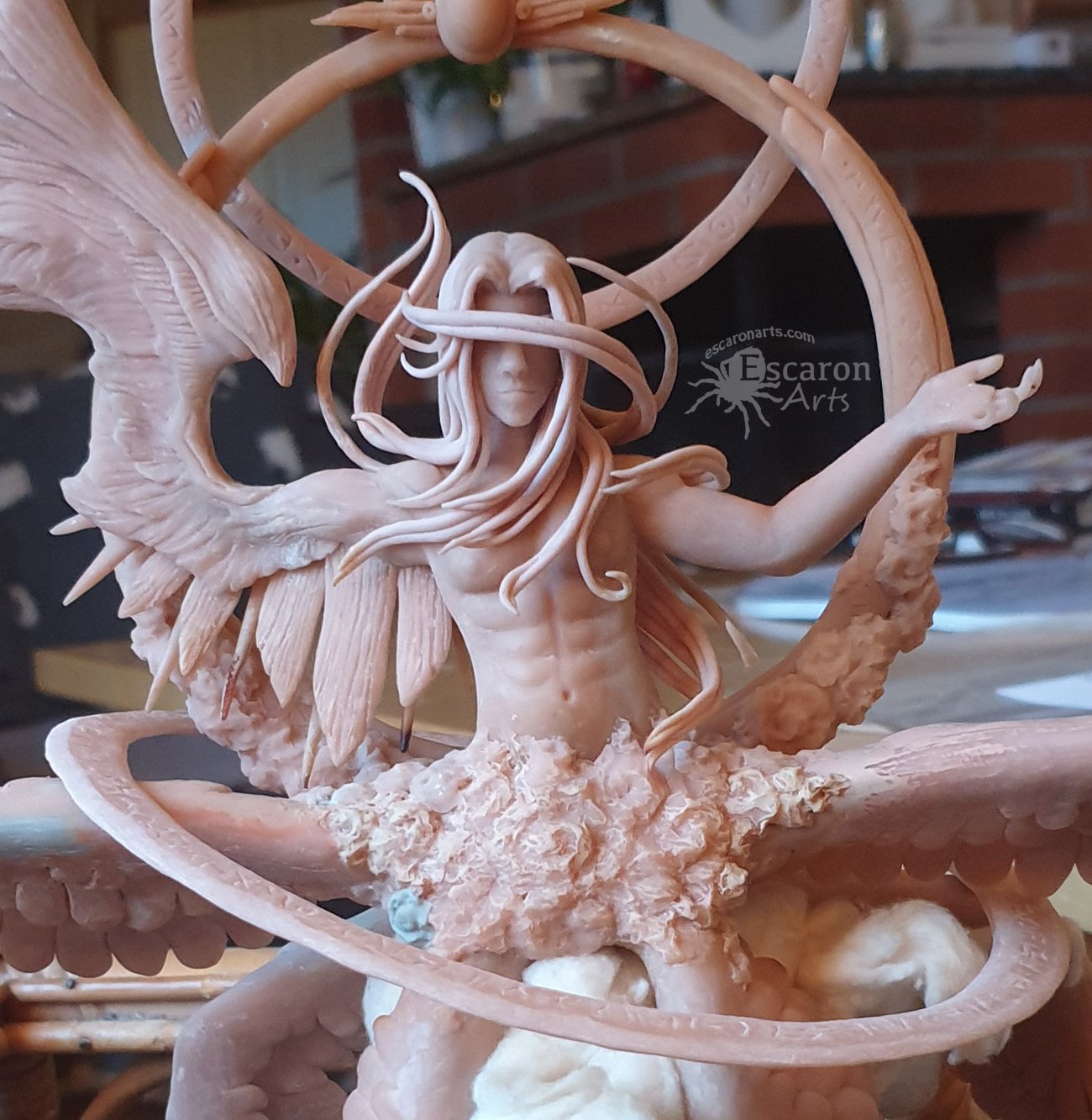 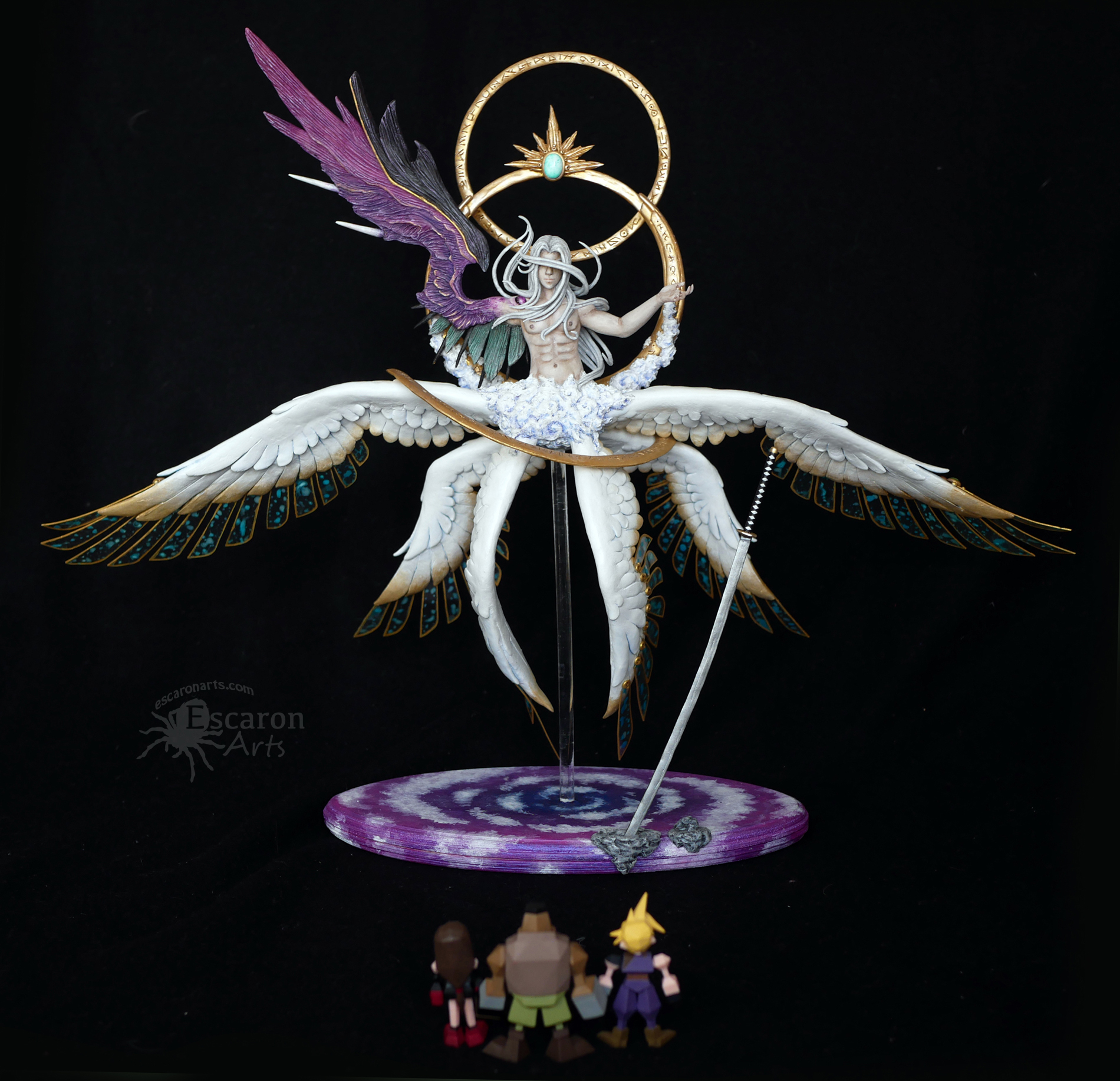 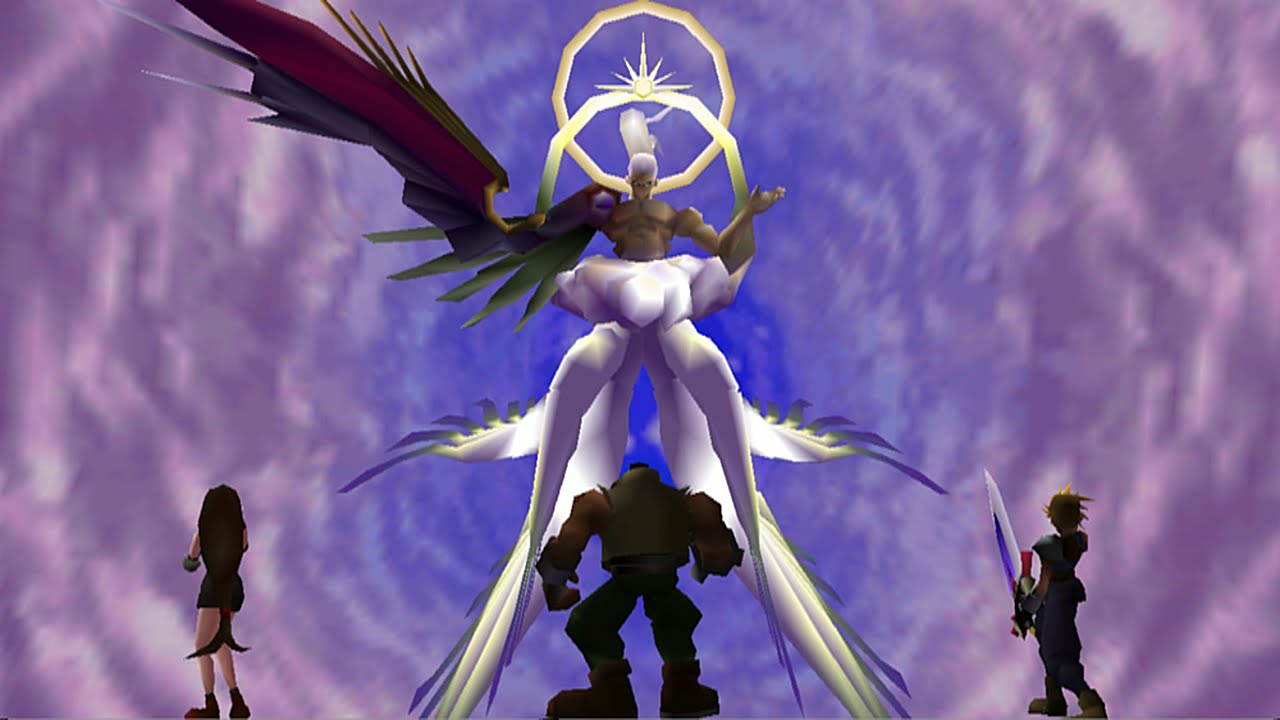 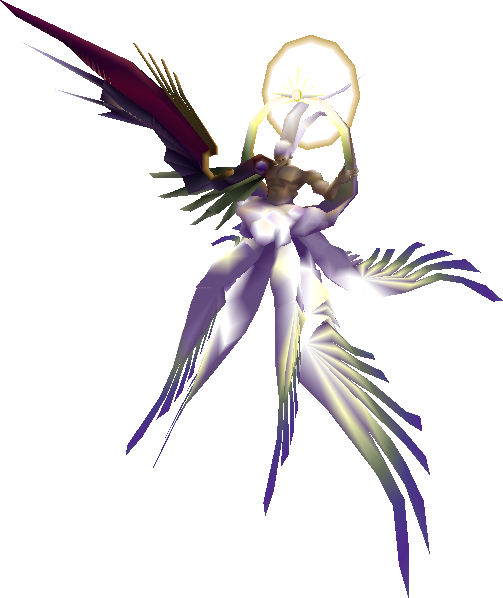 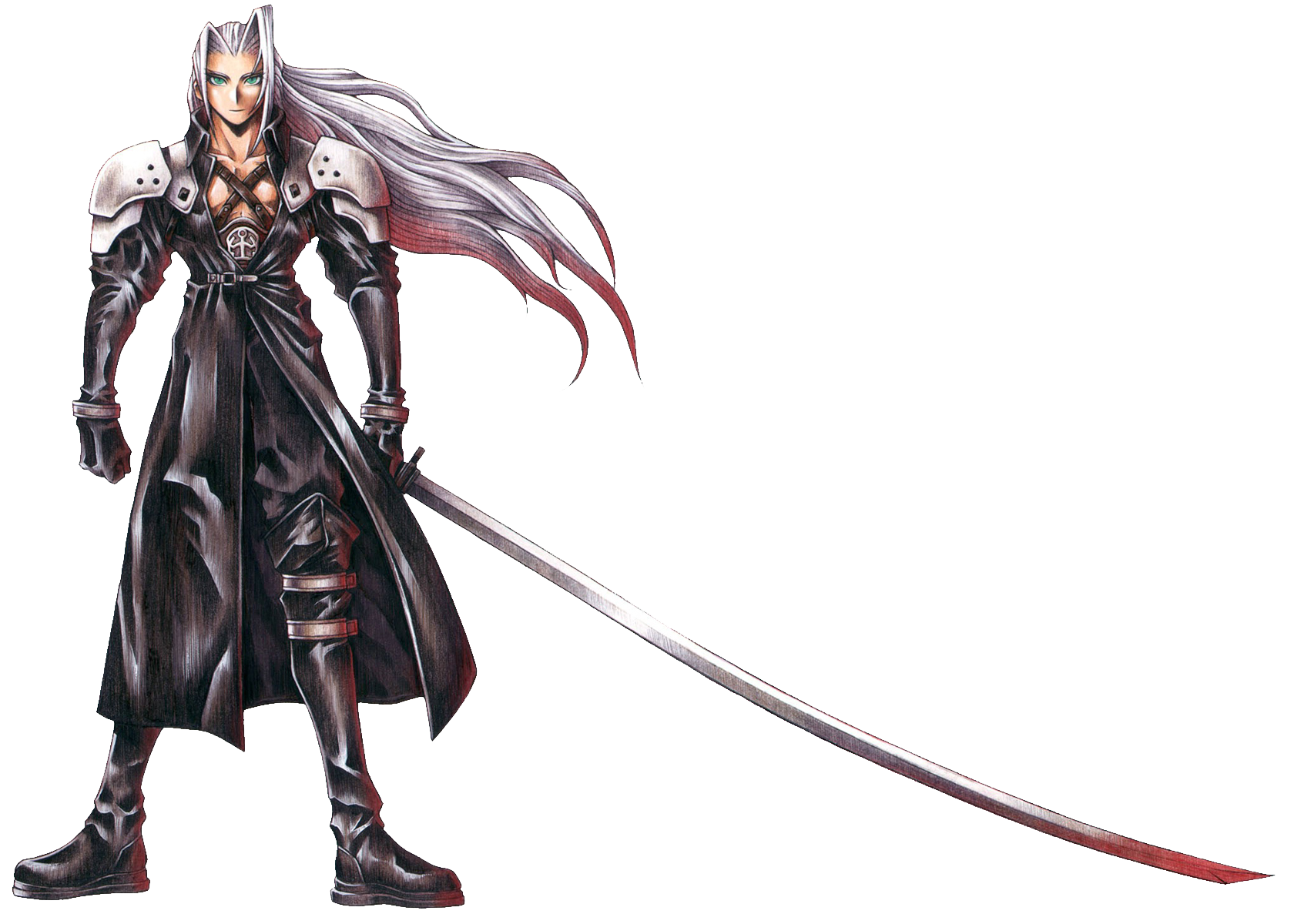 And to you who know the game, I know what youre singing in your head right now haha (also reference used much):
https://www.youtube.com/watch?v=Yi60o4oYak0