The Sky Raiders are a protagonist clan developed for my universe called Anomie. The same universe that Rash and Harley exist in (previous sculpting contest winner).

The initial character was designed by myself, originally intended to be made into a kit. It breaks down into about 35 parts, and I ran a Kickstarter to fund it but it wasn't successful. I put a lot of work into the project, writing a deep backstory, commissioning illustrations for rewards, and designing concept art. When it failed as a kit project, I decided it should probably be a comic. This is what started the whole Anomie universe, and I'm now writing a series of comics that will be released by the company I co-founded, Broadcast Comics.

The first story will follow Rash and Harley, mentioned above, but the Sky Raiders will be a prominent threat to all who have the grit to exist.

Towards the end of the 21st century, the world leaders did what we all feared they might eventually do. They failed us…

Up until then, having recently united in the New Global Peace Initiative (NGPI), we’d managed to maintain a certain level of peace across the planet. But we lost focus. We made bad decision after bad decision, choosing to put all the power in the hands of our celebrities and ignoring the voices of the wise.

We forgot how to think and decide for ourselves, how to form our own opinions, and ask the right questions. We based our own thoughts on other people’s ideas and welcomed in social media to drive our beliefs and deepest feelings. Politics became a popularity contest, debates turned into game shows and celebrities became the most powerful people on the planet. Most of them weren’t even famous for anything particularly special. There were a few, some respected actors, musicians, and writers for example, but the vast majority were uneducated and narrow-minded, and certainly not suitable to lead nations. We all made our choices. We all watched it happen. We are all to blame.

Eventually, the East and West divided the planet and squabbled with one another continuously. Ego fought against ego. Power fought money and vice versa. Civil unrest grew, people became more isolated and less tolerant. Extremism became normal. The black market and crime thrived. New and more powerful drugs flooded the streets. Living costs became too high for even the middle classes to be comfortable and the lower classes starved to death in even the most developed first world countries.

The Leaders knew they needed to do something and eventually united under the NGPI, which saw the entire world dismantle and hand over every WMD, as well as make some drastic new global laws to ensure a brighter future for the human race. All it needed was one group to go first, and eventually one did. Most followed suit and almost all the world’s groups met the deadlines, destroying a huge amount of WMDs over the five-year period. Civil unrest was on the decline and people were generally feeling more positive about the future.

But not everyone wanted a world without war. Not everyone wanted world peace. Not everyone was willing to lay down their arms. Unfortunately, several of the major right-wing Western groups refused to hand over their WMDs and declared rule over the entire planet. They then proceeded to launch a full-scale attack on the East after the majority refused to pledge their loyalty. It was swift and brutal.

With the East in ruins, the Western leaders were about to begin their global reign, when their turn came to be on the receiving end of a full-scale attack. From unknown sources, warheads of all shapes and sizes began to plunge from the sky over the West. It was just as swift and just as brutal as their attack on the East. Over the coming days, 90% of humanity was destroyed. Civilization as we knew it ceased to be.

It’s now referred to as, The End.

After the bombs stopped falling and the initial fallout faded, some people began to venture out of their shelters to look for supplies, only to find their world had been destroyed. Most of the population of the earth was gone. Most of the cities are now flattened. The planet couldn’t cope with the devastation it had to endure and was changed permanently. Temperatures now fluctuate between extremes and the winds are ferocious. The sky is darker now. Everything is darker now. In this new, harsh world, only the toughest and most resilient survive.

The years of pain and struggle, combined with the radiation and harsh surroundings, seem to have changed their bodies and their minds, dampening their human emotion and replacing it with heightened senses and instincts, and increasing their physical attributes to new levels.

They’re much tougher than humans, physically stronger, more agile, and faster. This is their main advantage when hunting and scavenging. They stand taller than most tall men, their bodies trained and developed to face any challenge. As a result of the toxic atmosphere they live in,, they tend to have blistered and cracked skin, whichever parts of them are left exposed to the elements.

As far as we know, they eat, drink and breathe the same as humans do, although it seems these aren’t their main priorities. Their enhanced physical abilities enable them to move silently, swiftly, and precisely, using a combination of strategy and brutal efficiency to take out their victims and scavenge for supplies.

Not only are they tough and strong, but the Sky Raiders are also smart, much smarter than any other kind of mutation, and most humans for that matter. This is why they’re not considered mutants per se, they’re far too organised and knowledgeable about technology, electronics, strategy, weaponry, and warfare. This increased intelligence has enabled them to adapt to their surroundings and learn how to use the environment to their advantage, harnessing elevation and darkness as their main allies. They have heightened senses that enable them to see in lower light than humans, as well as hear certain frequencies better.

They appear to be genderless, although it’s difficult to tell when while they’re wearing visors. It appears they communicate with each other via a series of grunts and snorts, which can occasionally be heard echoing through the air around their strongholds. They don’t appear to be social, at least not in the human sense of the word, so a complex language probably isn’t needed. Some rumors suggest they don’t communicate audibly at all, and that they use telepathy to organize and hunt in packs.

Sculpted in Monster Clay, with an assortment of other materials such as plastic, epoxy, and wire. 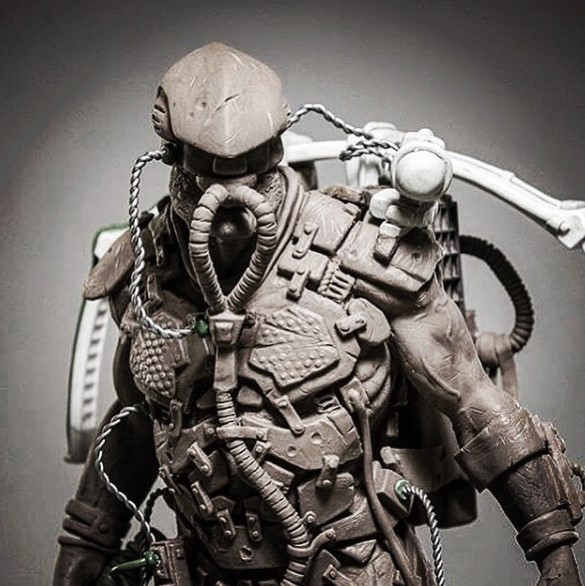 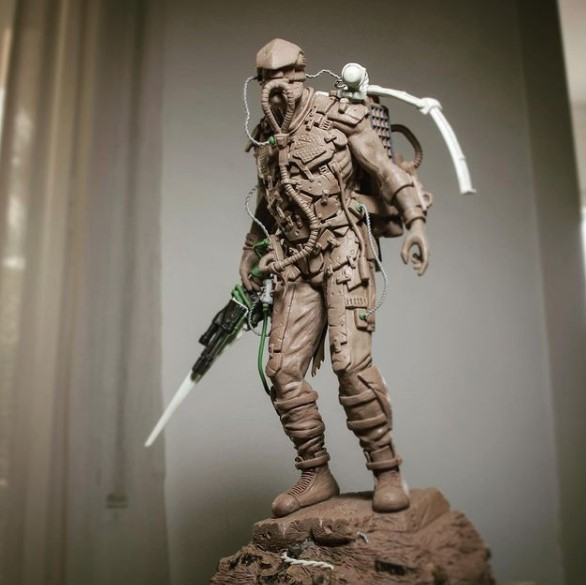 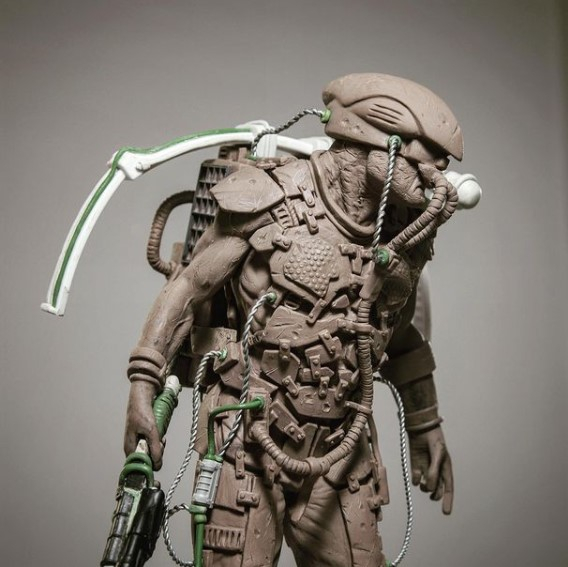 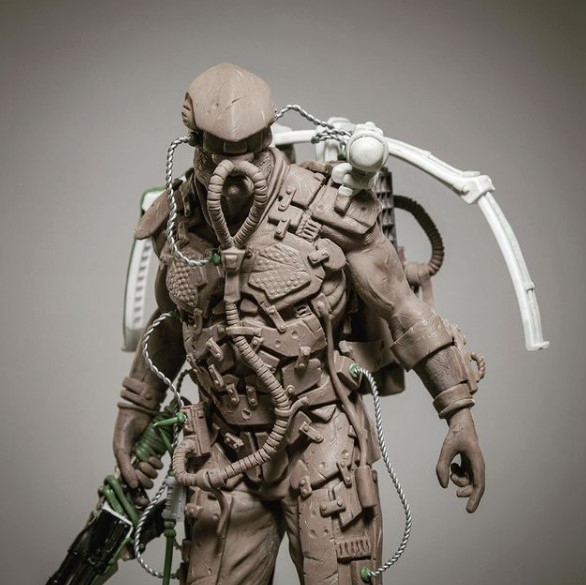 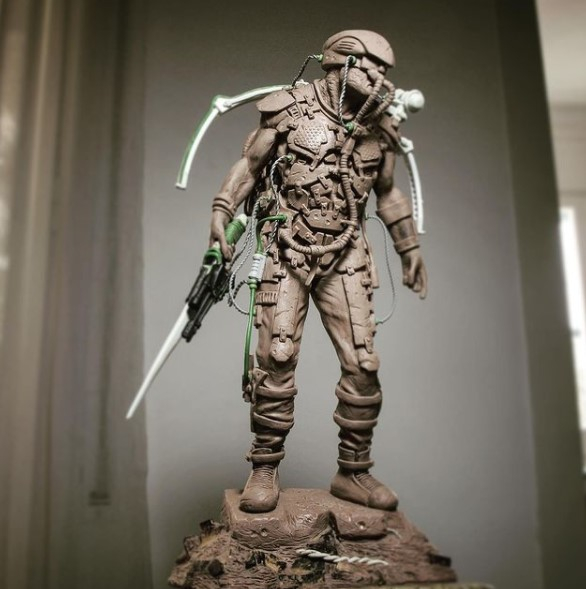 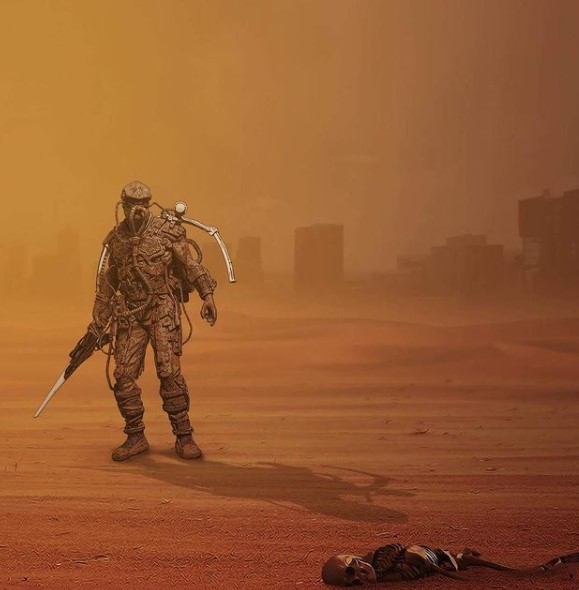 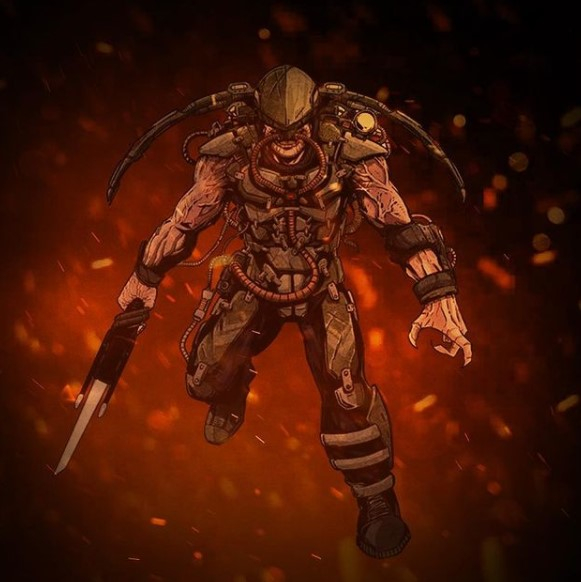 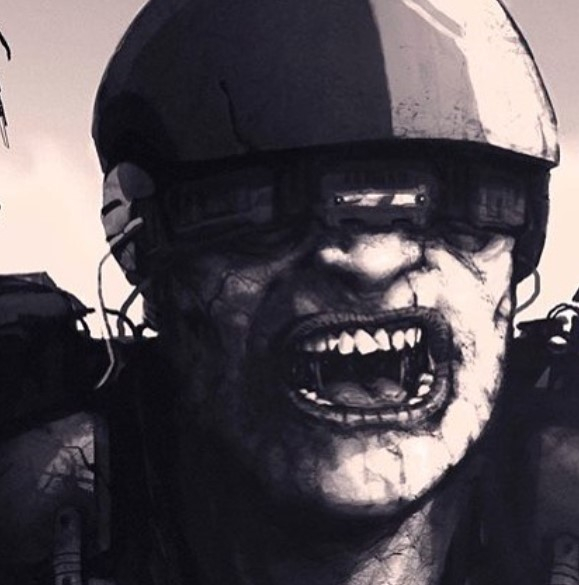 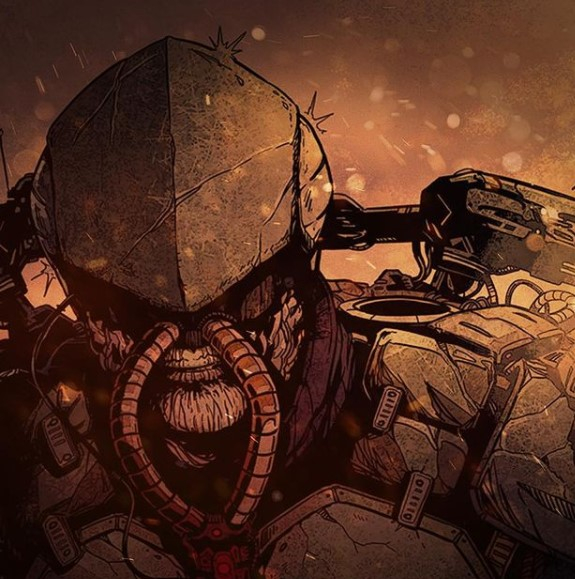 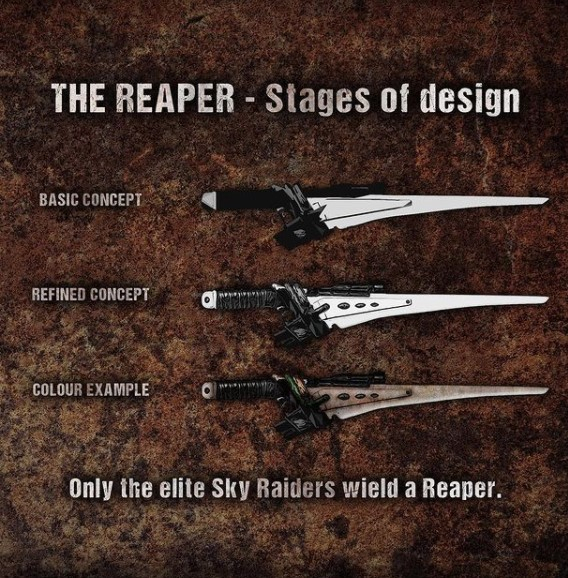 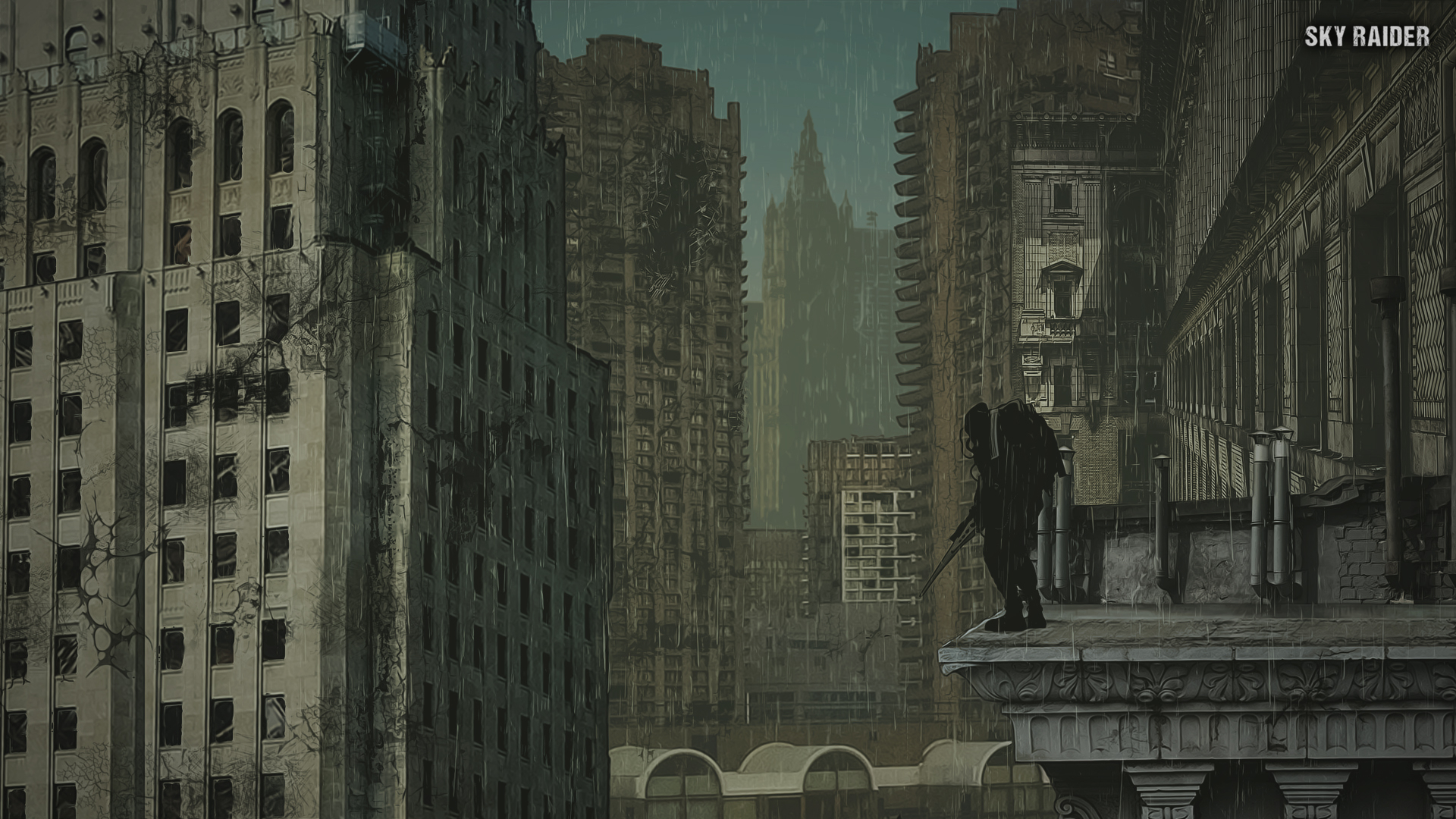 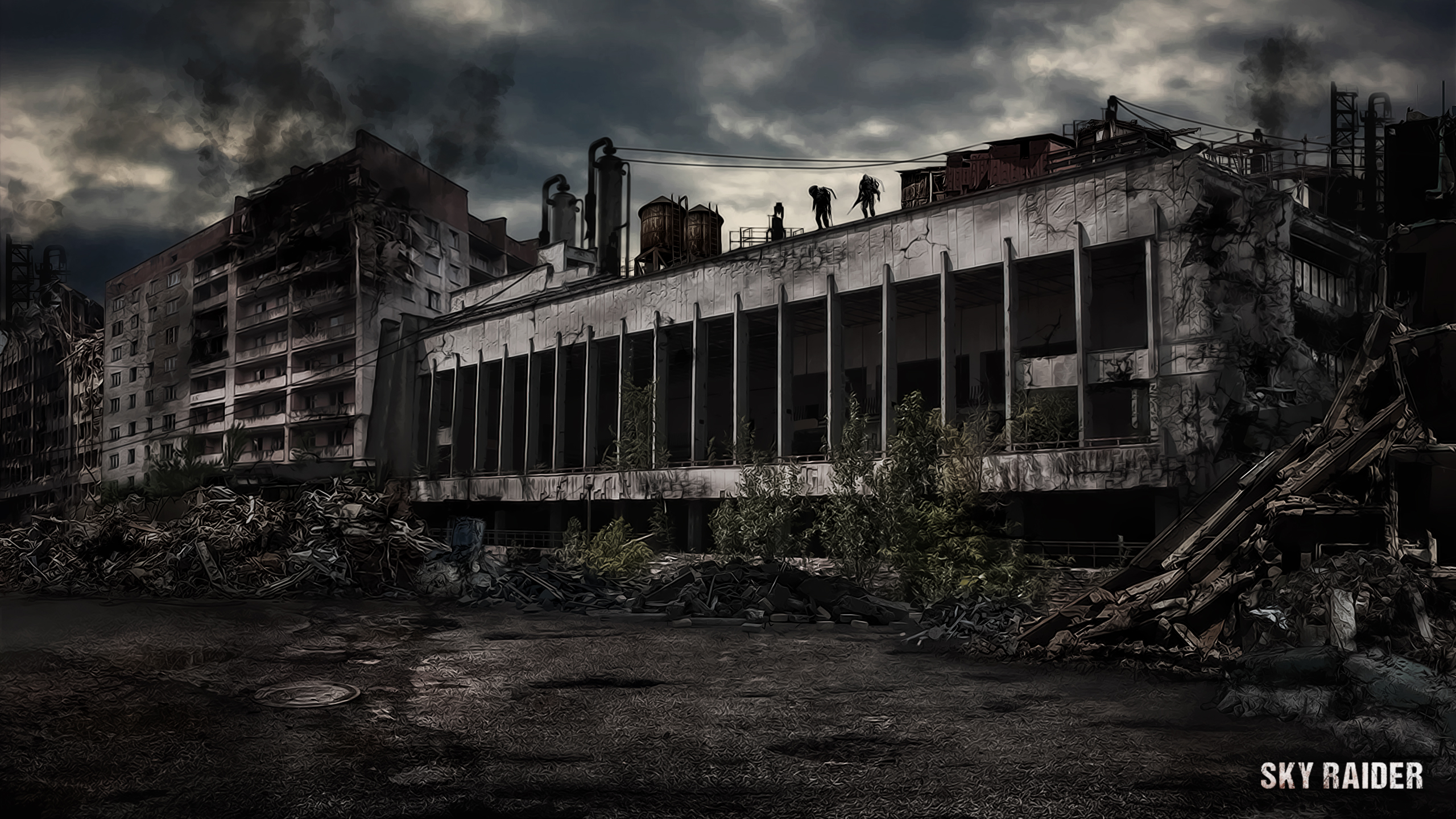 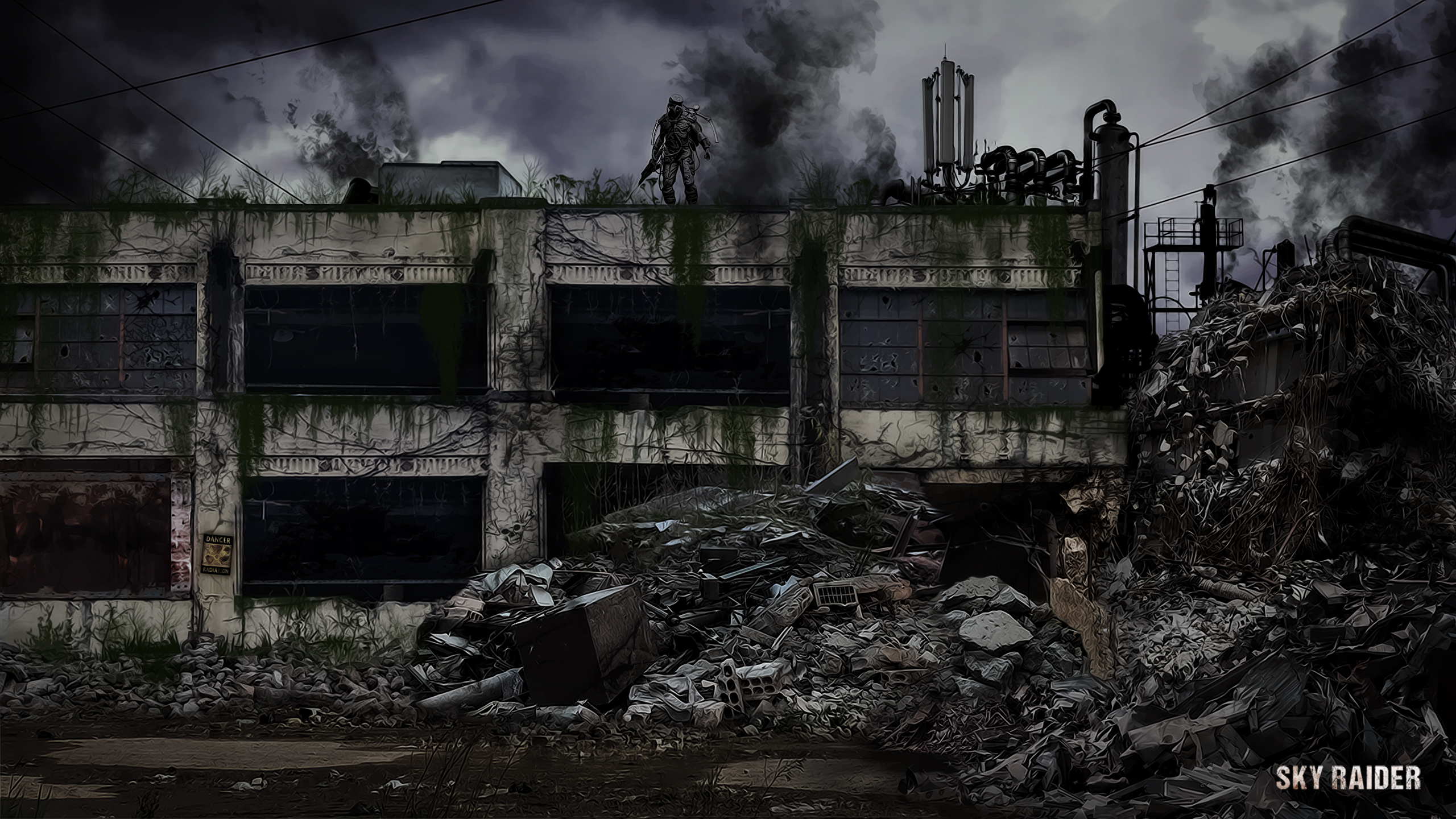 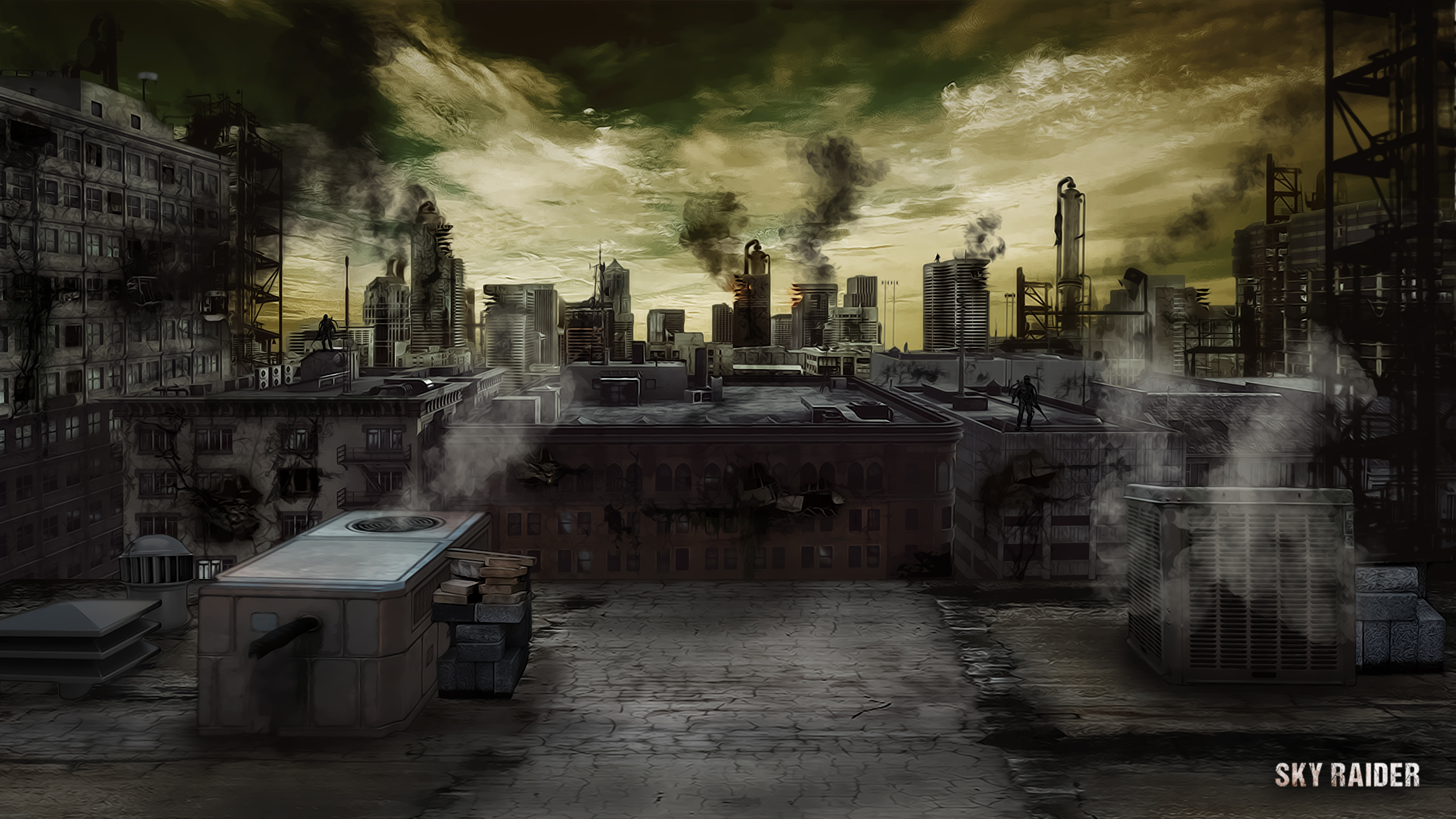 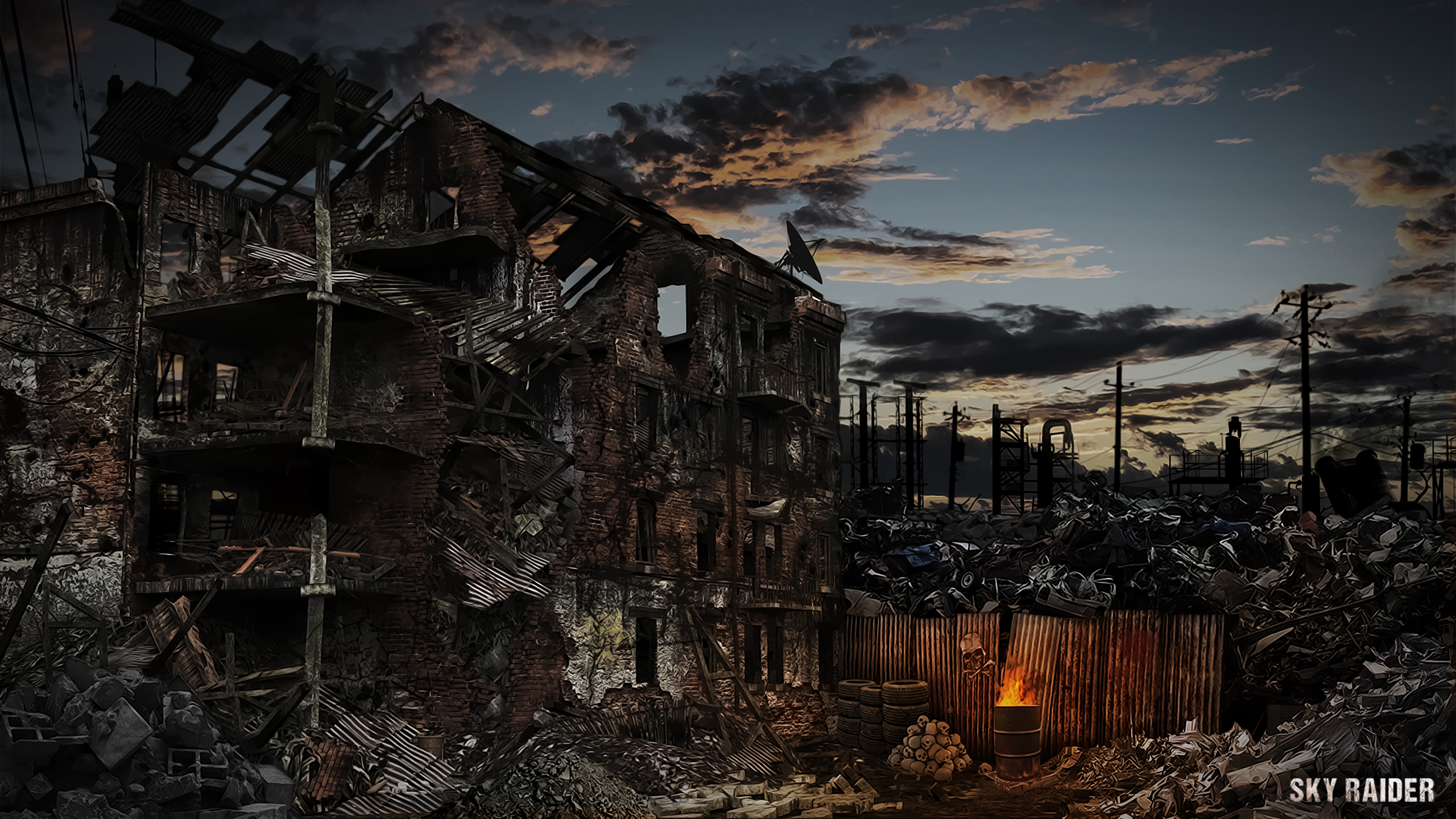 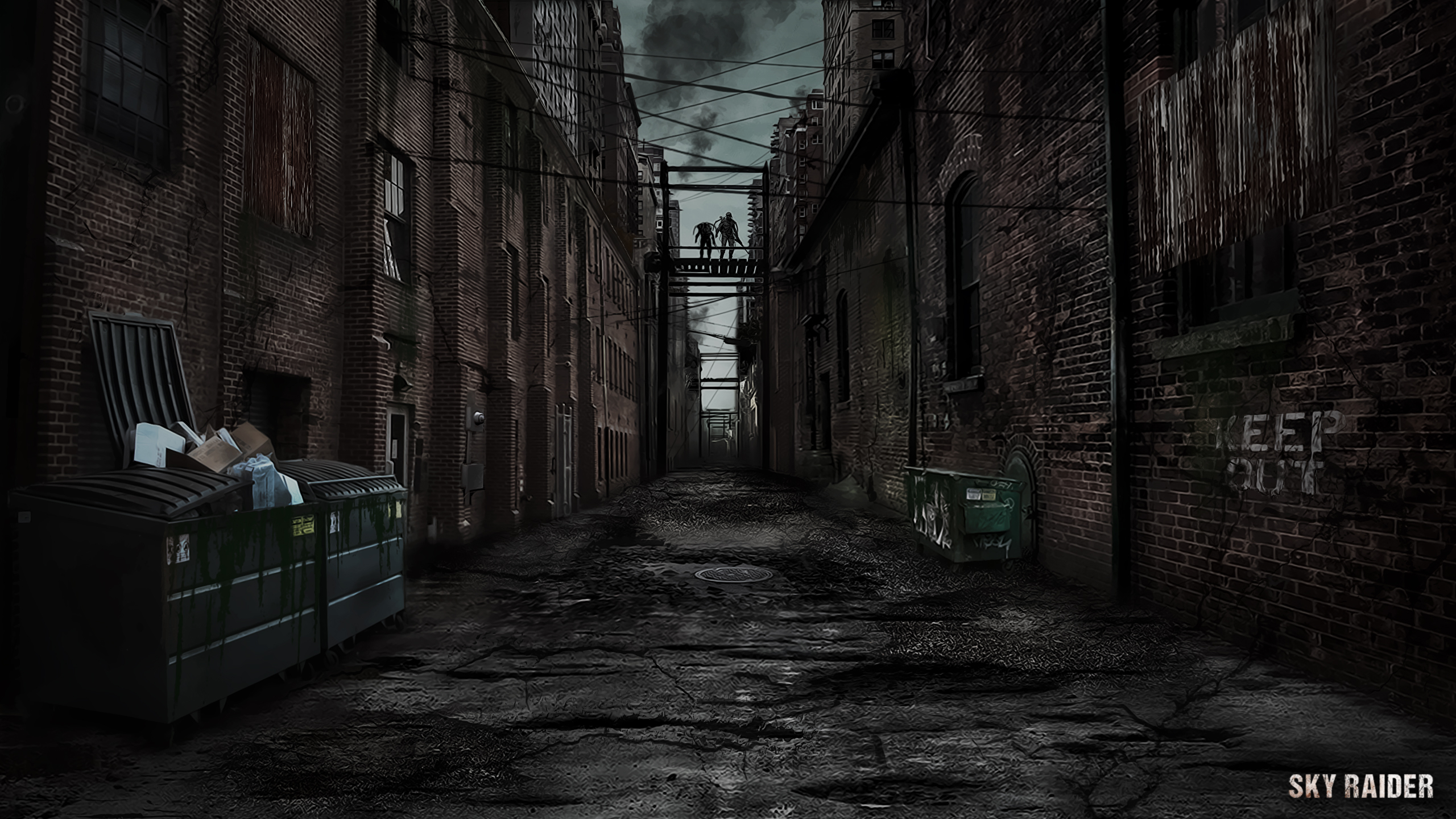