My character is set in the future (probably not that distant) where man has continue to destroy the gift of life and the planet they inhabit with so many other more respectful species. Mother Earth has drawn forth from her deepest darkest pits of her heart to conjure ‘The Defender’ to protect and cleanse the earth and reset the path that was broken.

I wanted to create a character that feels just as familiar as it does unique. I hoped to achieve this by incorporating feature from forms we are familiar with.  My character is a warrior of the world. I chose beetles as a base form as their shell is just as much a suit of armour as it is an exoskeleton. Which seemed fitting for my character. I wanted him to be strong and dominating. I didnt want him to feel evil, however I still wanted him to instill fear and demand respect. I ran the face and cowl in silicone. I chose the run the horns in foam to keep it as light as possible. I used iridescent powder to create the two tone effect to replicate the beetles shell. 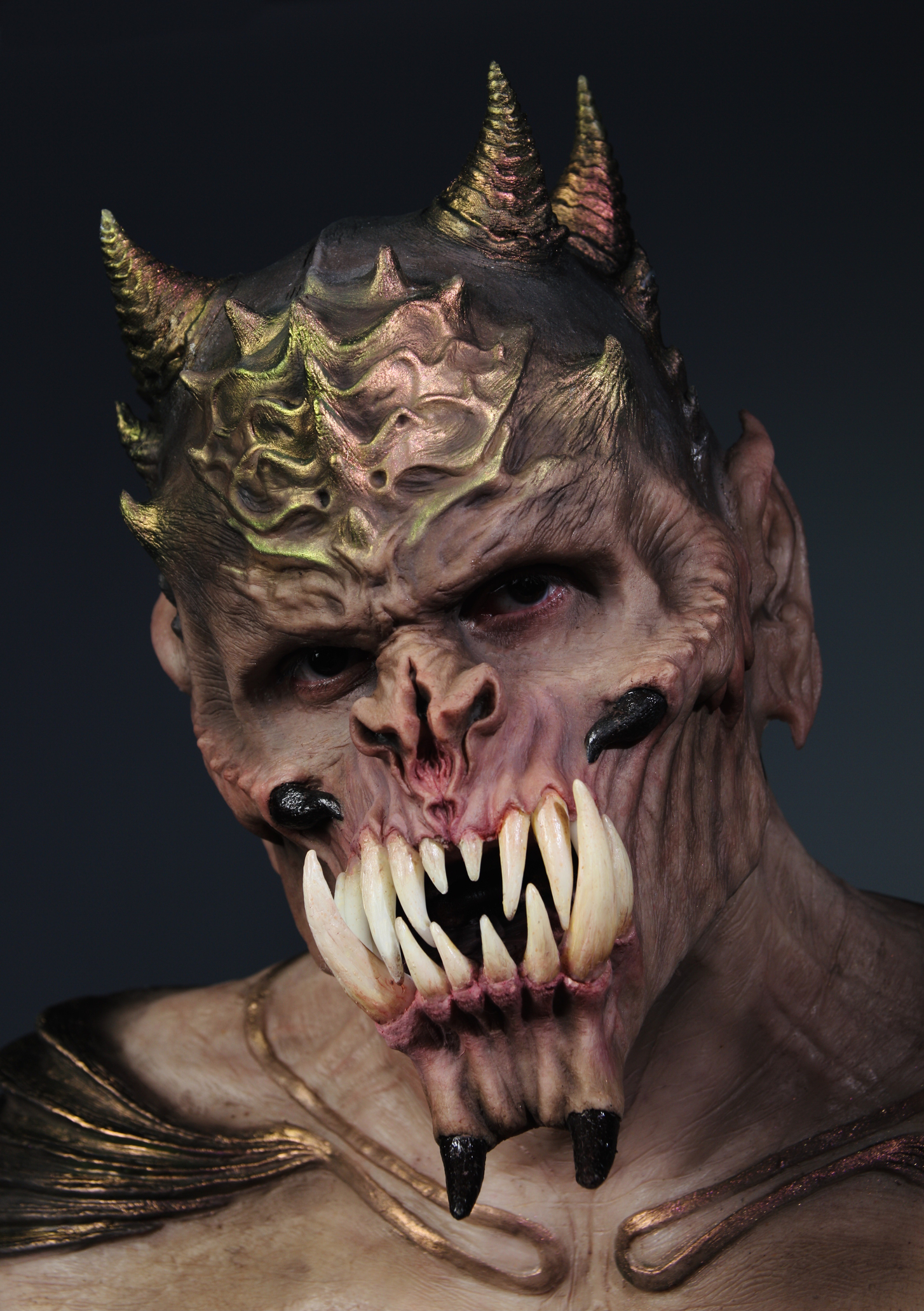 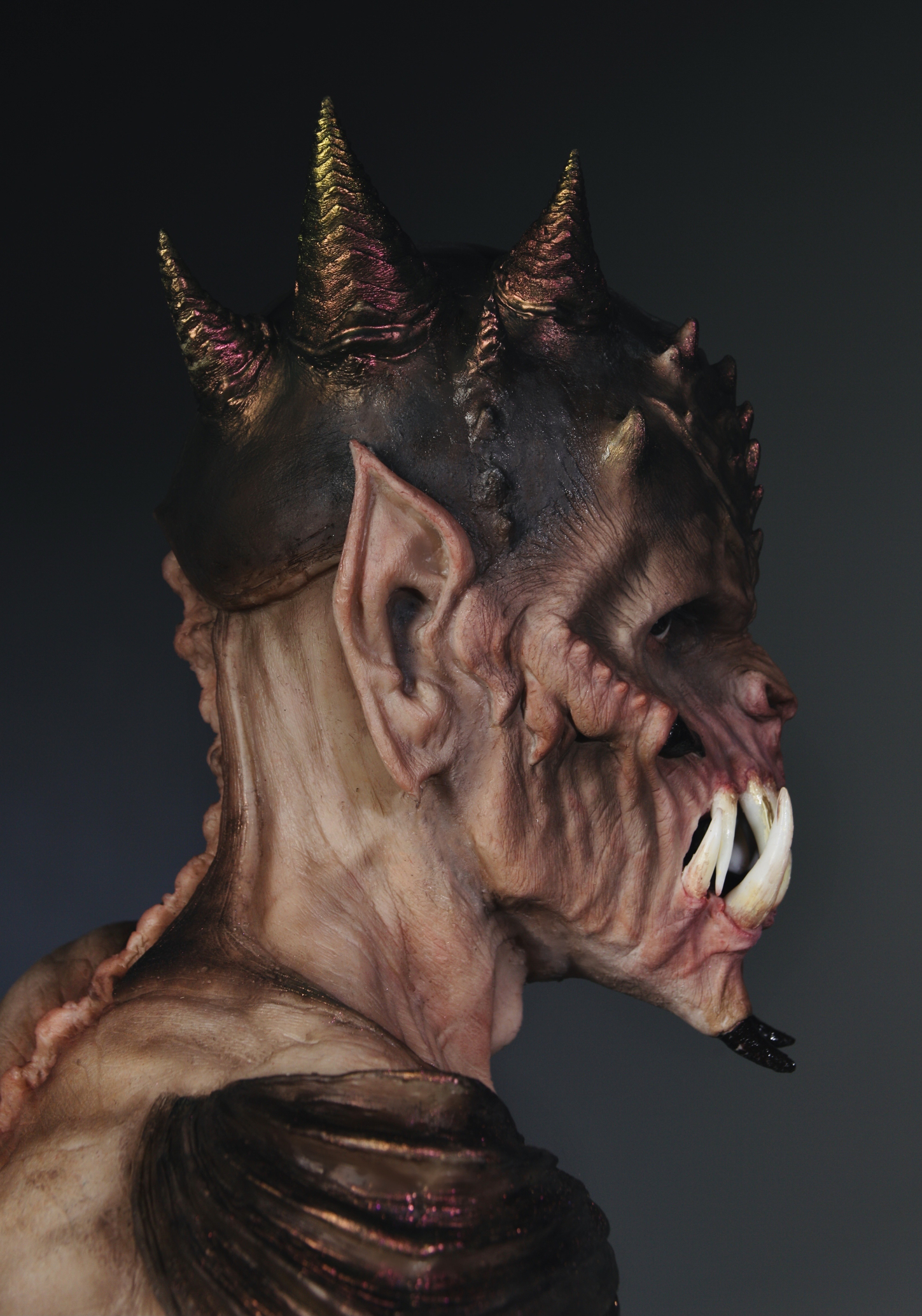 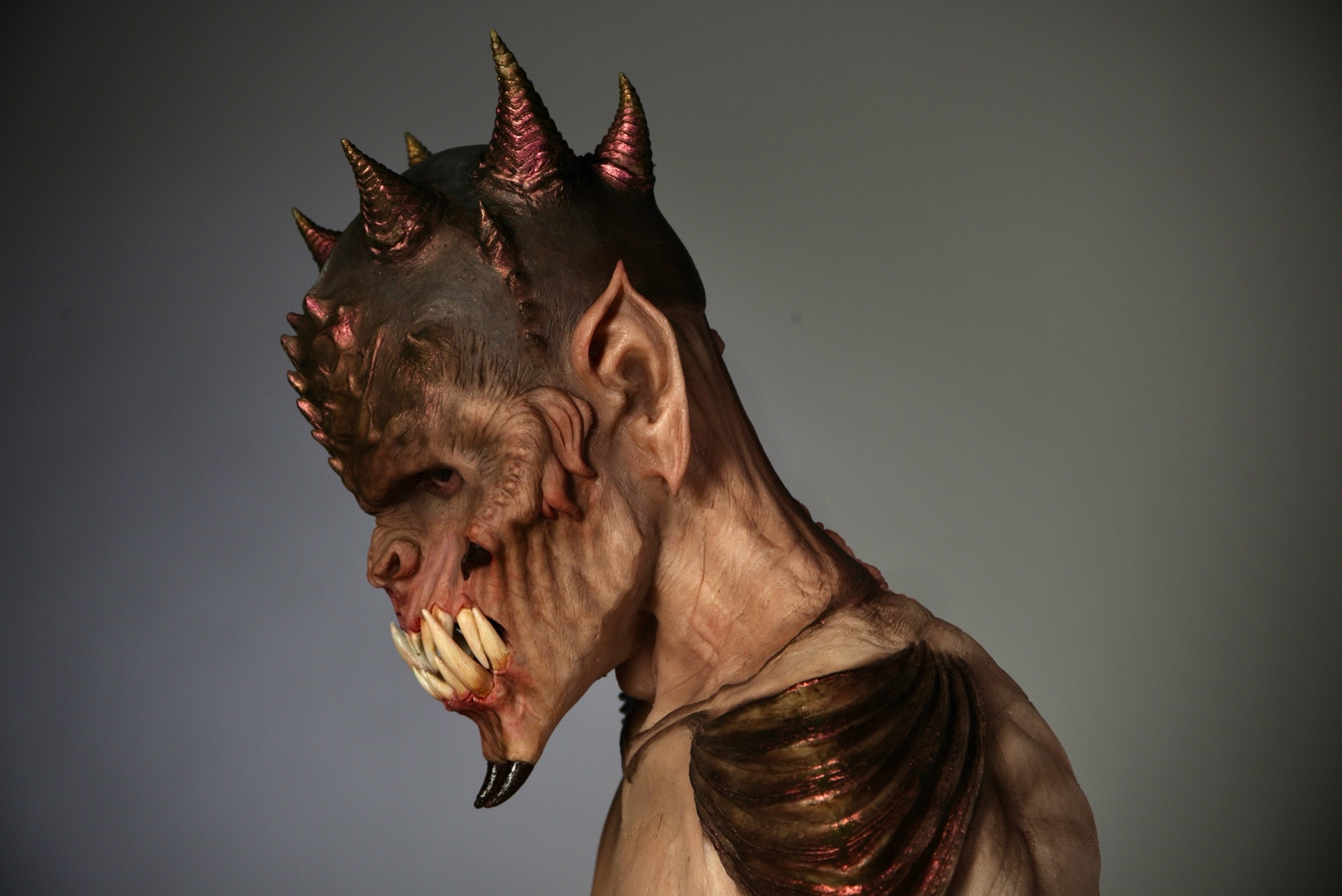