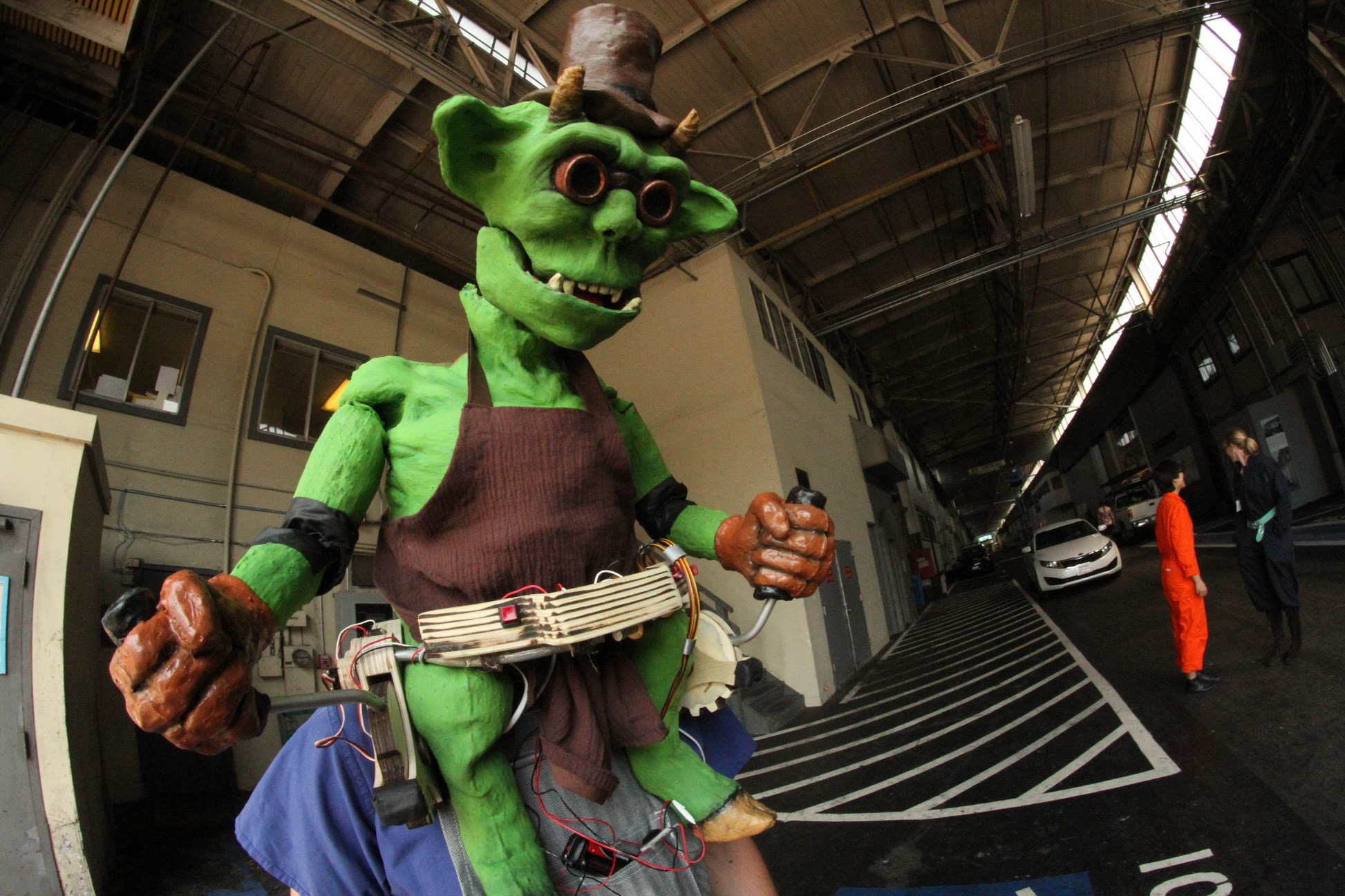 ALFRED rides around on a decapitated human body, which he controls with two levers. 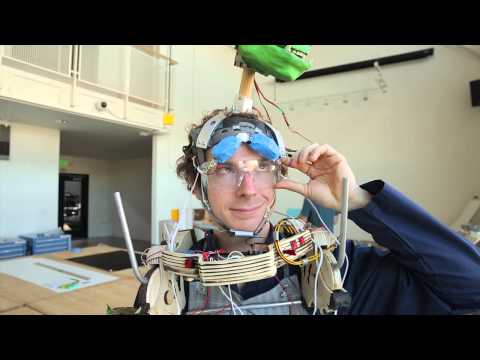 Obviously there's a real (and very sweaty) human head inside ALFRED's belly, staring out through thin gauze fabric. That human wears homemade infra-red eyebrow sensors that connect to servo motors in ALFRED's ears and eyebrows to make them waggle on command. The human wears a chinstrap with a stretch sensor built into it, so when the human's mouth opens, so does ALFRED's.

ALFRED's head is mounted on the human's hat, so can turn independently from his body.

Inside ALFRED's control panel is a digital gyroscope, so whenever the ALRED's body rotates, his arms move the levers as if he is doing the steering. When the human walks with a normal gait, the levers move back and forth as though ALFRED is controlling each step.

Unfortunately ALFRED escaped before we could record much video footage of his fully assembled self, but I hope you enjoy seeing his innards in the video above!