The squirrel uses 9 standard size servos and 7 micro servos through a combination of direct drive and cable mechanisms. The base houses the computer, wires, cables, LEDs, relays, speaker, and 8 of 16 servos. The skeleton of the squirrel was designed in Fusion 360 and 3D printed. The servos are controlled by an 18 channel Pololu Maestro servo board.

The mouth, hands, and feet were hand sculpted and flocked with fiber, while the body was covered with rabbit pelt. The fur on the head and arms was carefully applied by hand. With 8 preprogrammed tracks the squirrel can display a wide range of emotions by pressing one of the buttons on the 'Animation Controller.'  He can sing, he can crack jokes, and he can even hold different items utilizing the magnets embedded in his hands.

Spray foam insulation was used to create the bark by spraying the foam into a silicon cake mold. Once molded the foam was applied to the MDF base, coated with a flexible rubber, and painted. Before applying the end grain overlay to the base, LED lights were embedded into the top; when off the lights are invisible.
The squirrel was designed to be able to fit in a carry-on suitcase so that travel would be easy. The suitcase makes it easy to pack up and bring to shows, schools, and hopefully an interview.

When arriving on location, set up is easy, just plug in the power supply and press the power button. After booting up, the squirrel is ready to put on a show! By far the most complex and challenging projects I have worked on but along the way I learned an incredible amount, including remaining resilient to failure.


See more about the project here on my portfolio: https://john-downs.com/squirrel 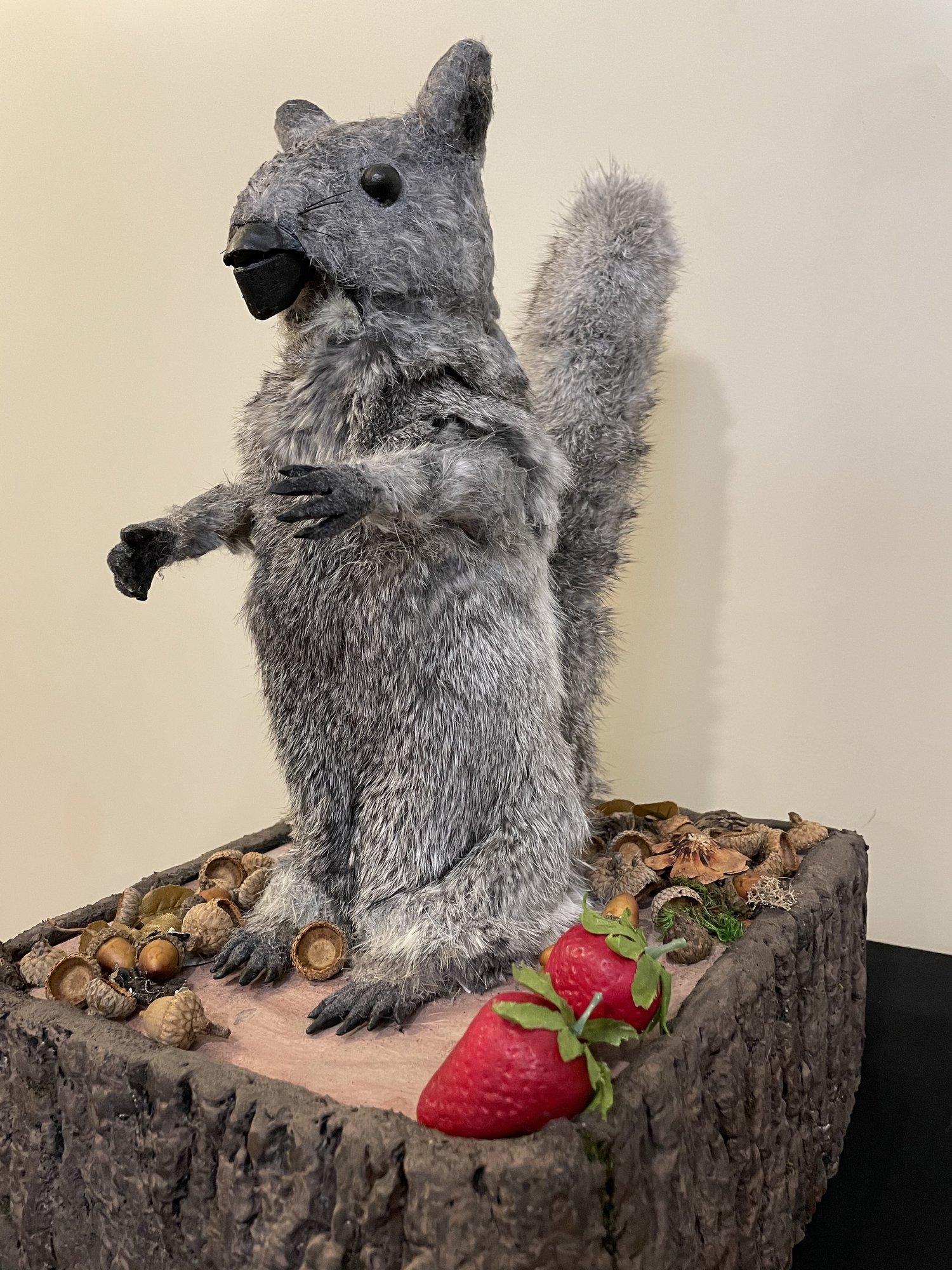 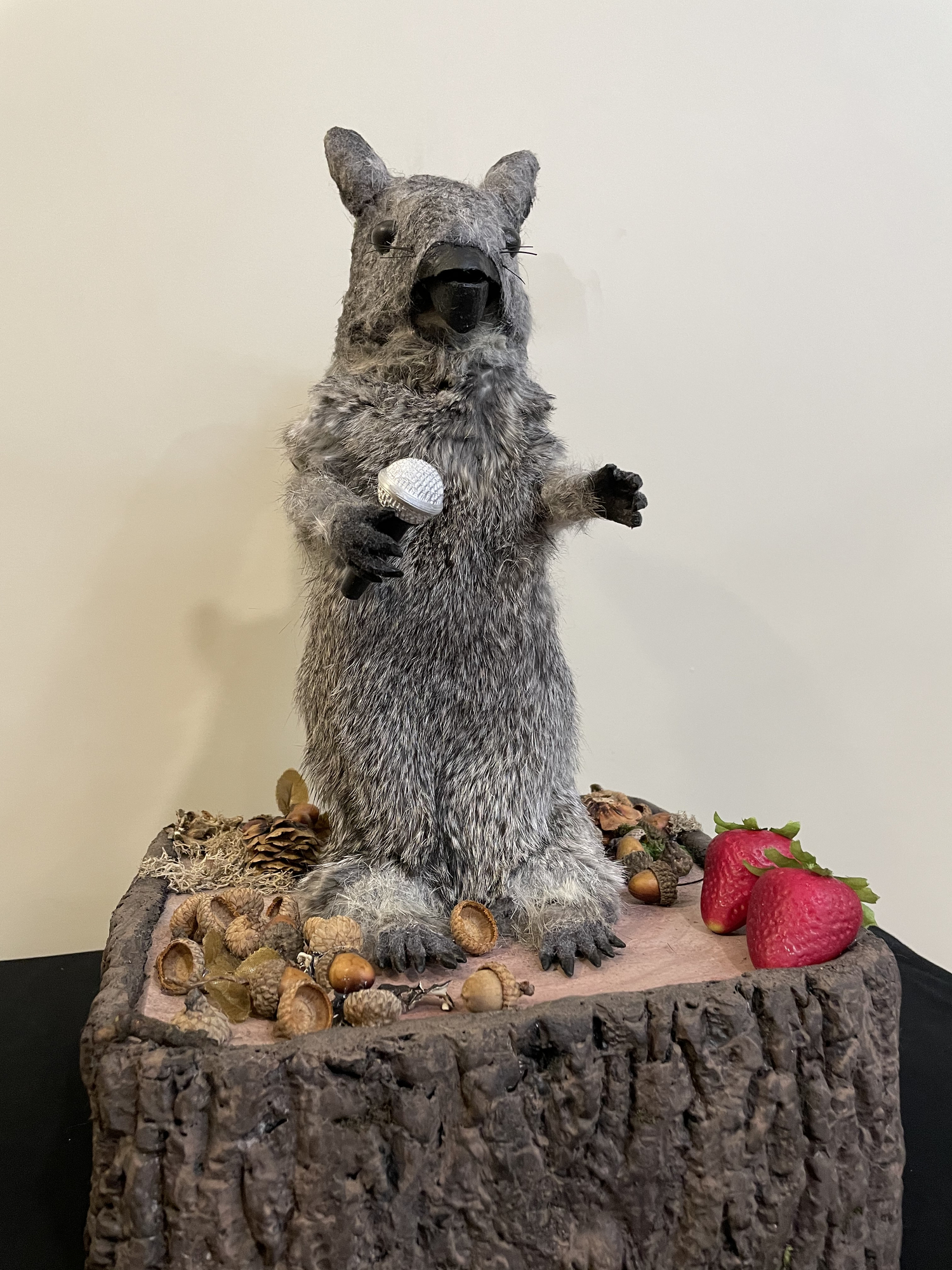 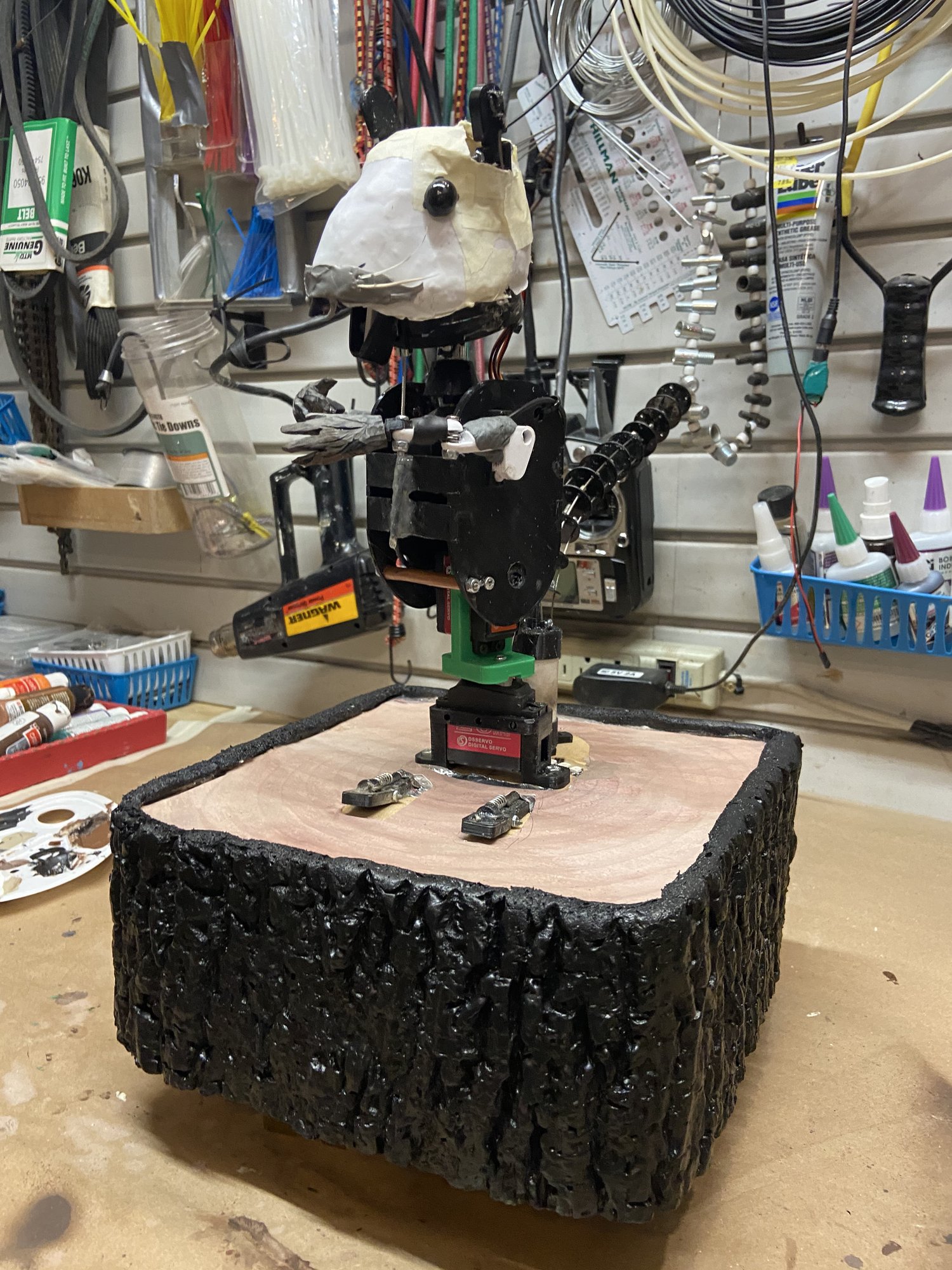 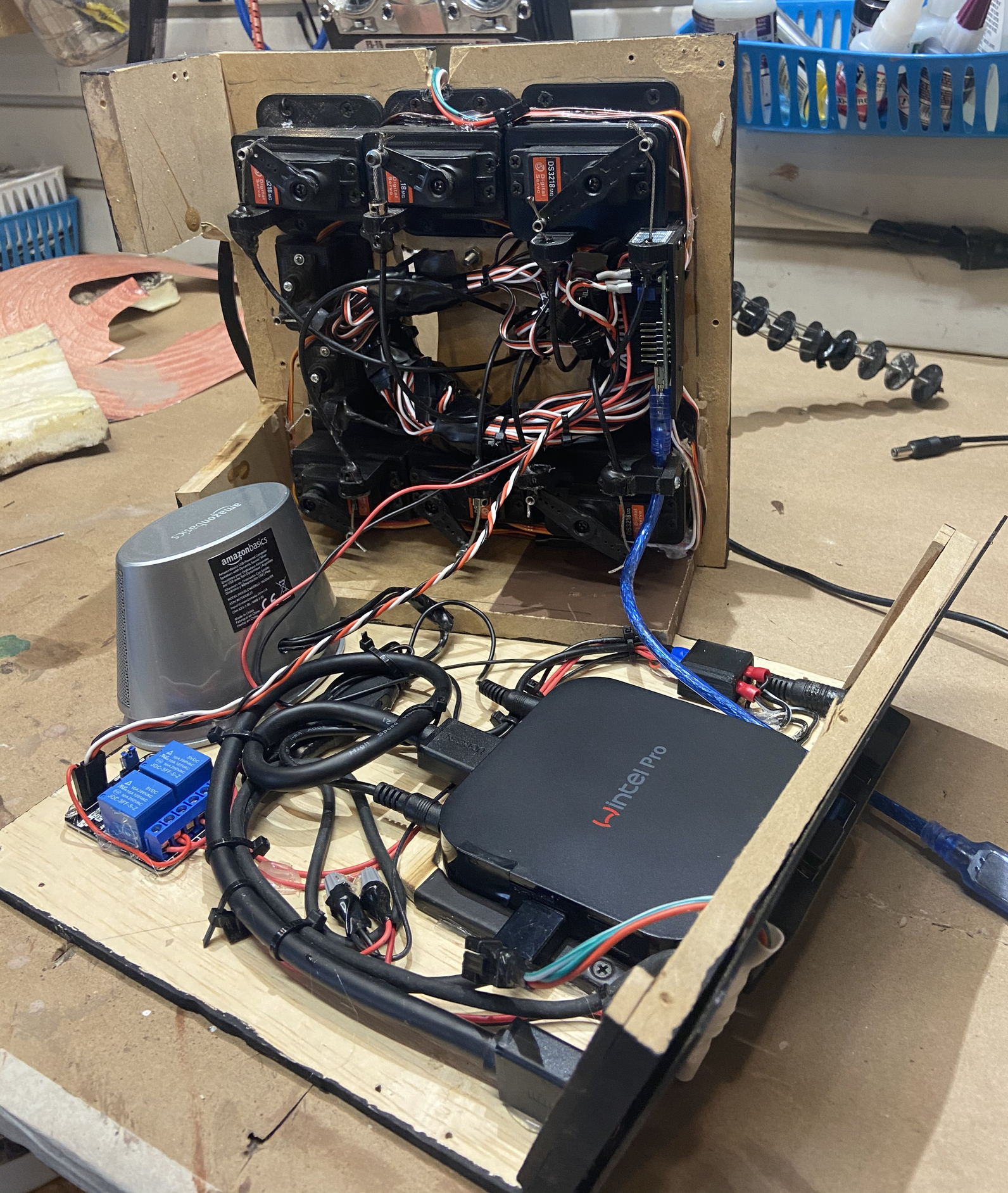 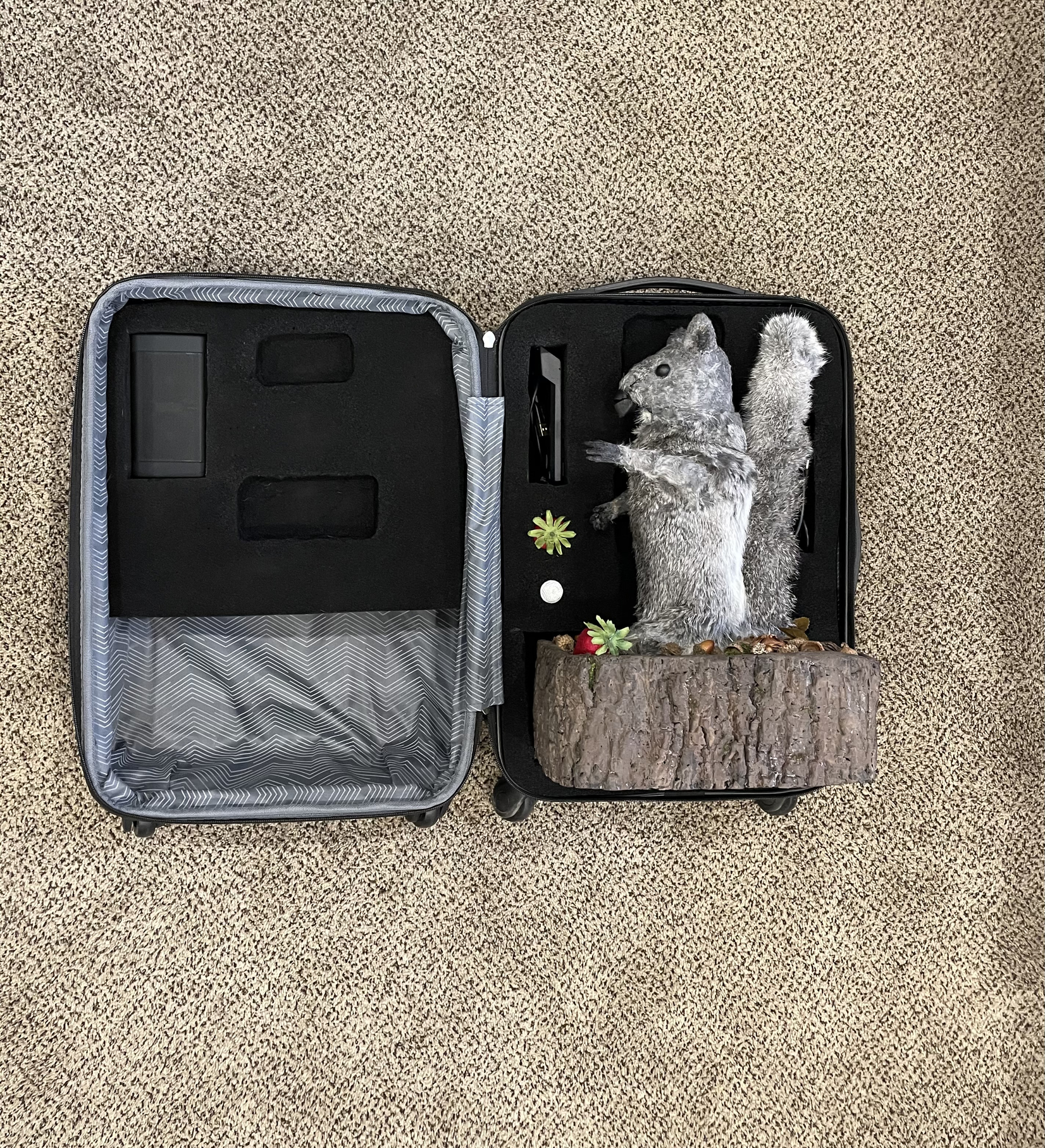 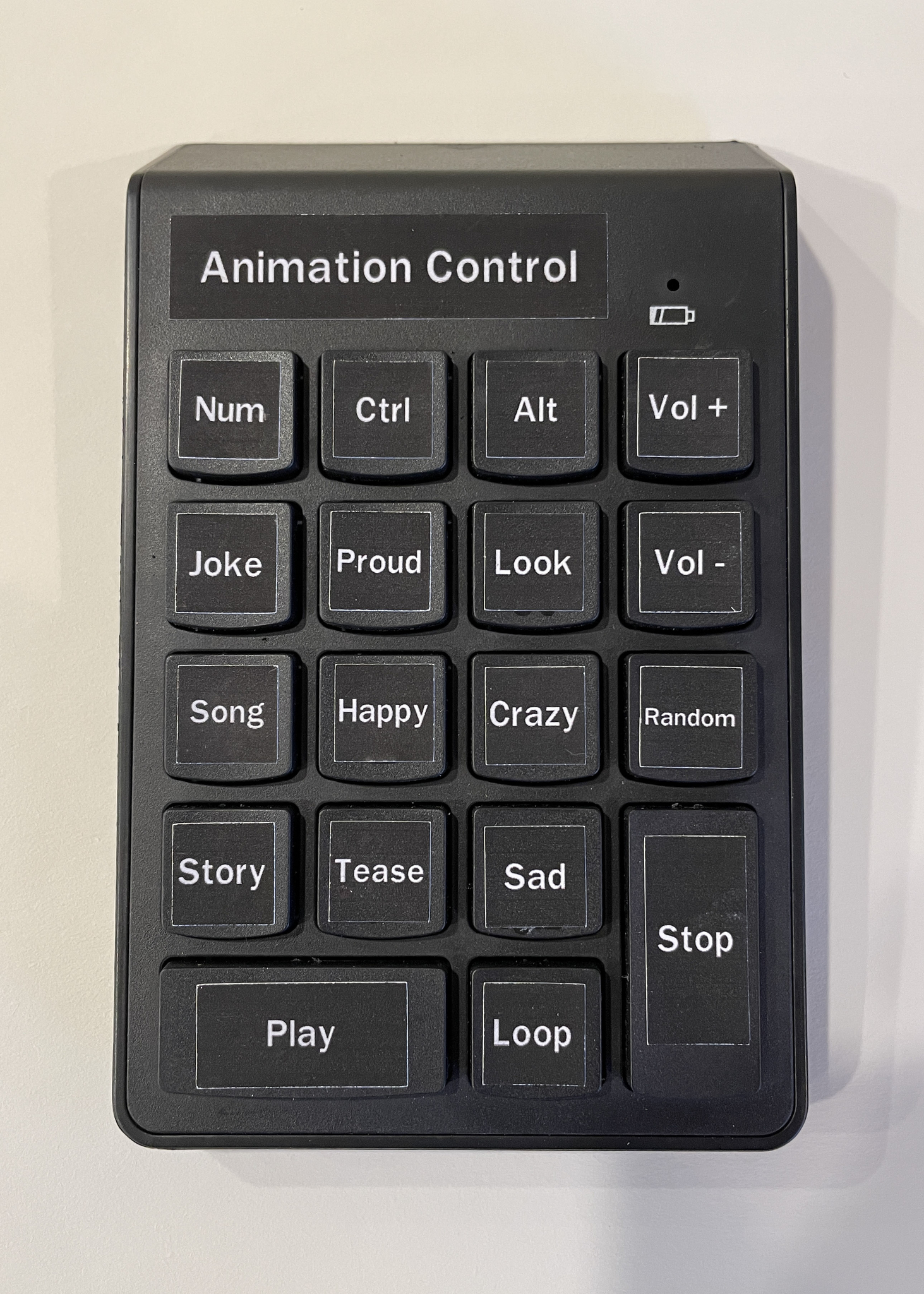