this is my second entrie to the creature contest. ( First entrie to be found here)
This time an original creatur - a scorpion from somewhere in the galaxy.
He is something between a facehugger, a headcrap and a "casual" earth-based scoprion, with big knive-sharp claws in the front and a supersized heavy duty spike on the end of his plated tail.

The front claws are for fixating the prey, while the big spike slams down on them to kill and crack open potential armored enemies.
He was sculpted mainly in SuperSculpey with a few smaller parts ( mostly the small hairs and spikes) out of Cosplay.

I started him begining of february on the weekend sessions.
Sadly I was not able to start the paintjob on him yet for the contest, but since I saw, others are submitting raw-sculpts aswell, I though I'll give him a shot anyway. 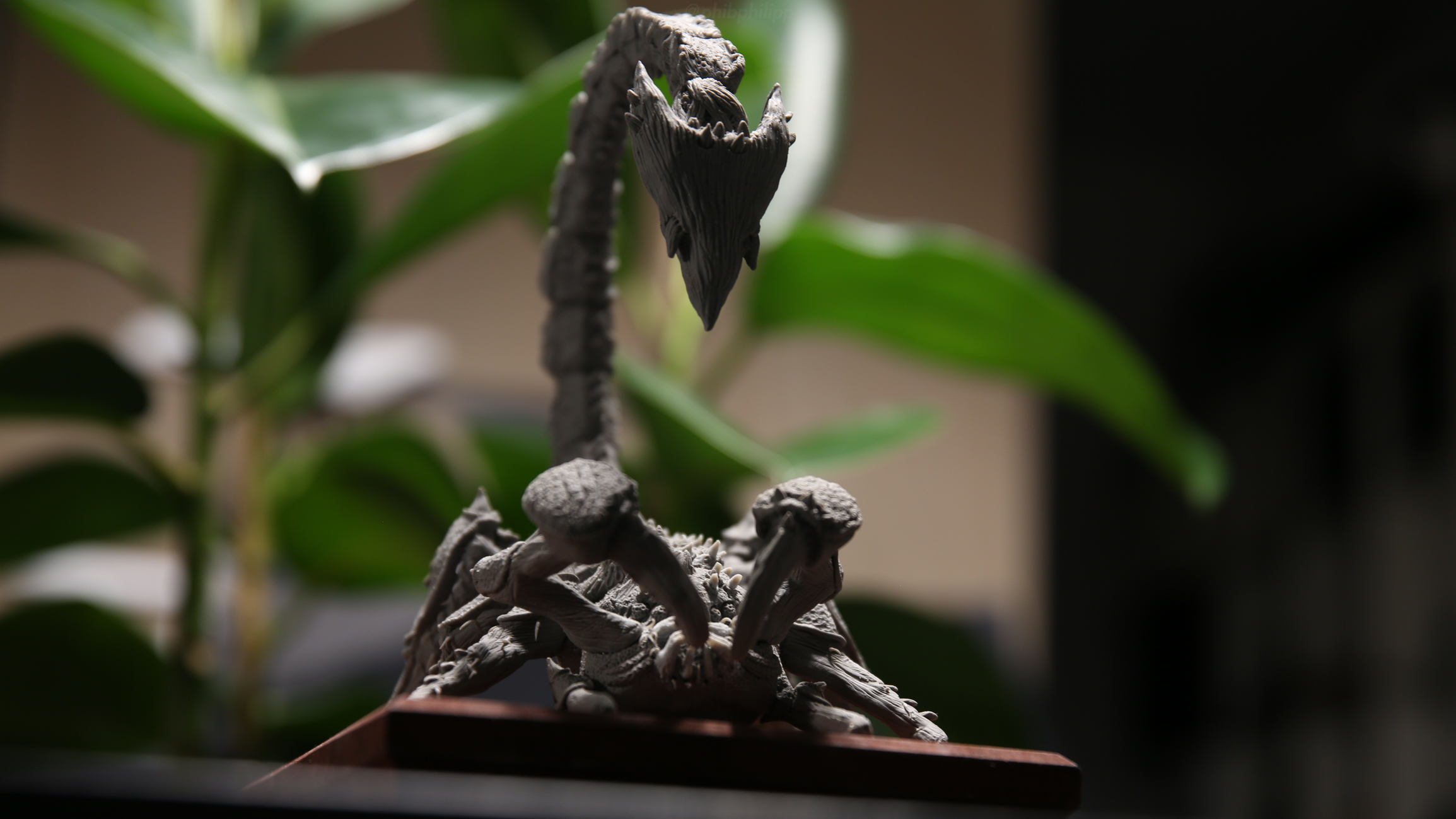 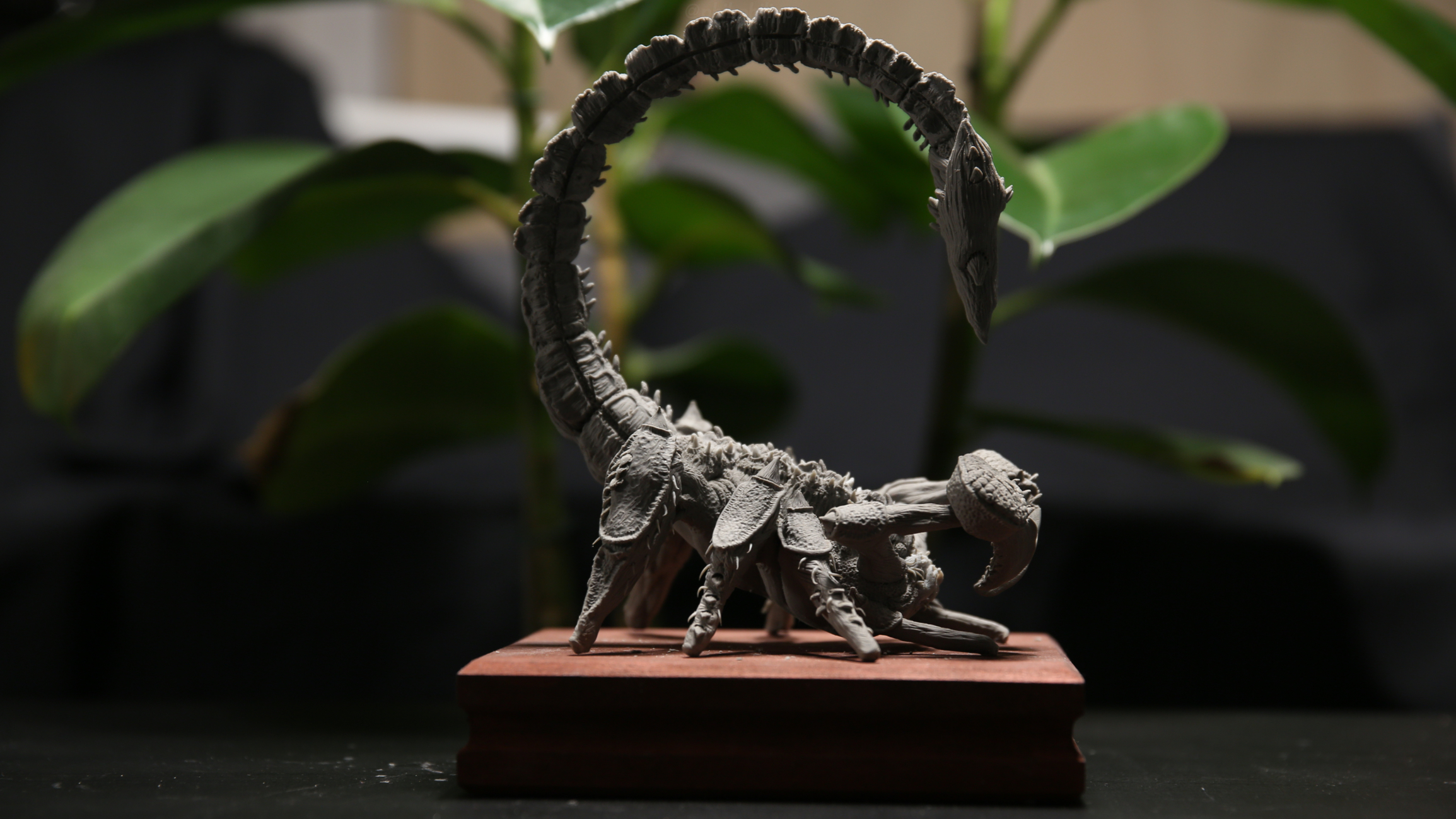 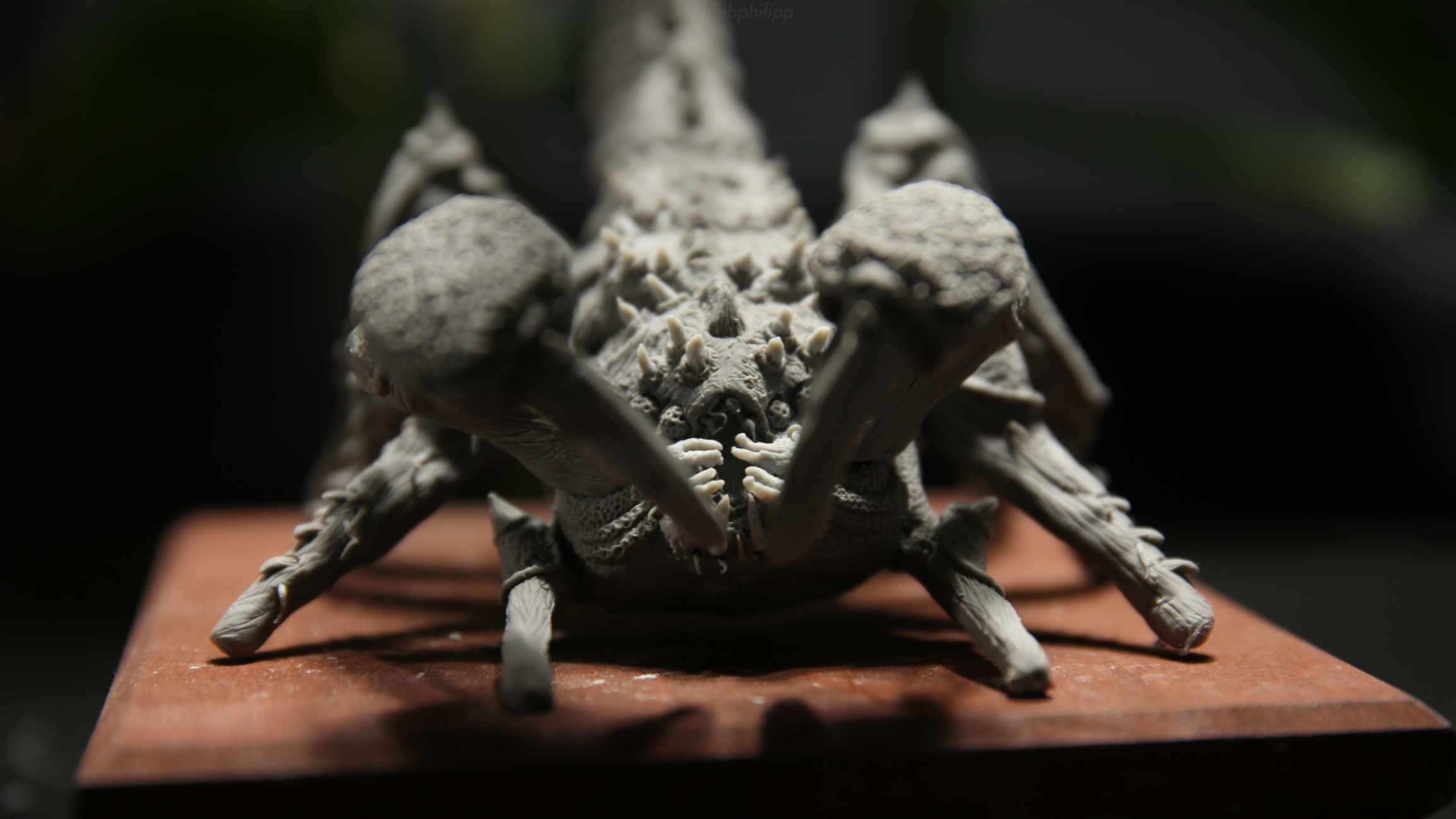 I streamed the entire process of creating and sculpting him on my twitch channel, but I didnt come along to pull the sessions together in a little timelaps yet. I will do eventually, also to have a nice memorie where and how it started, and how he turned out.

Some High-Res Closeups I managed to shoot, to emphasize the detail in his plates and legs 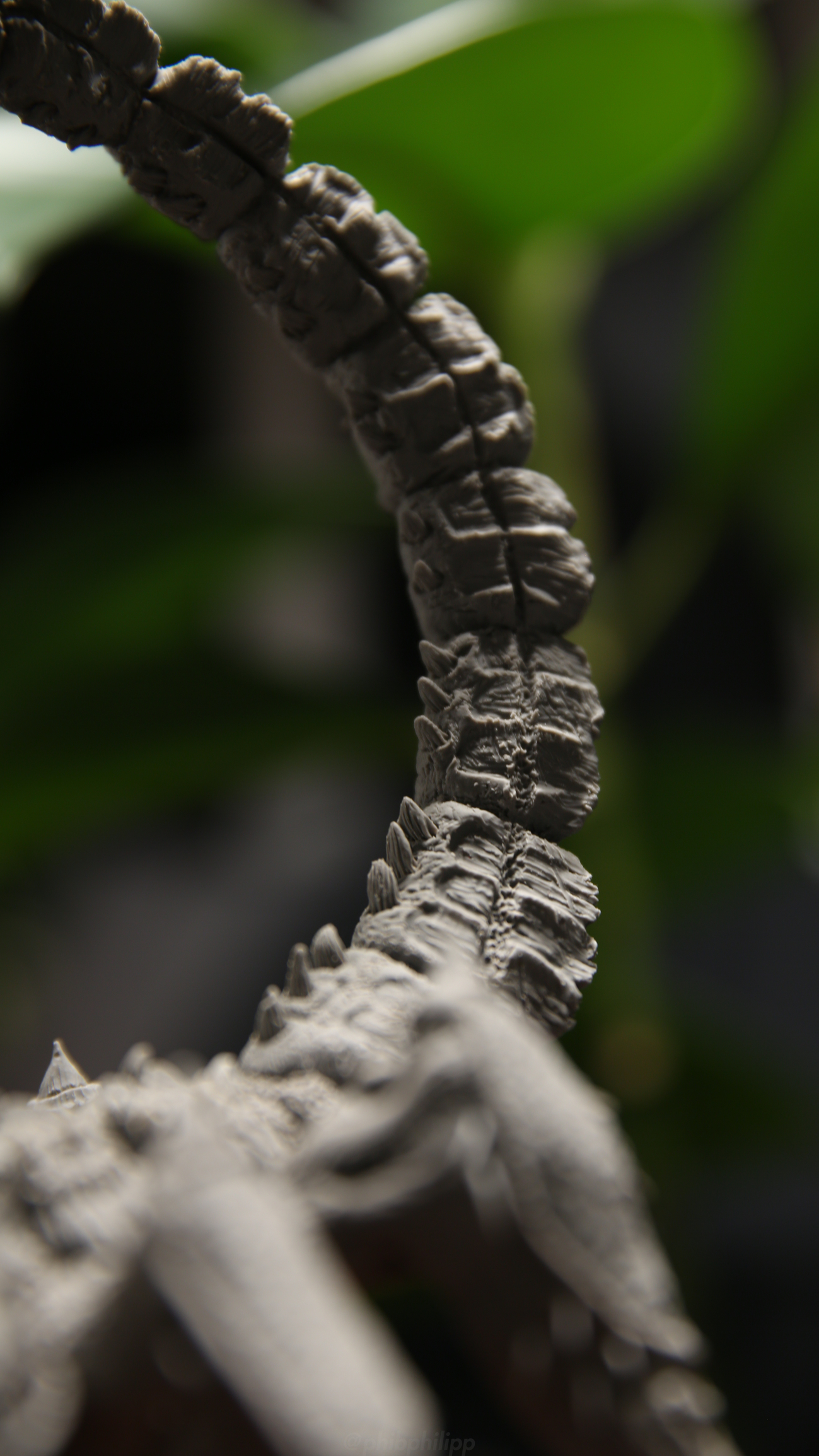 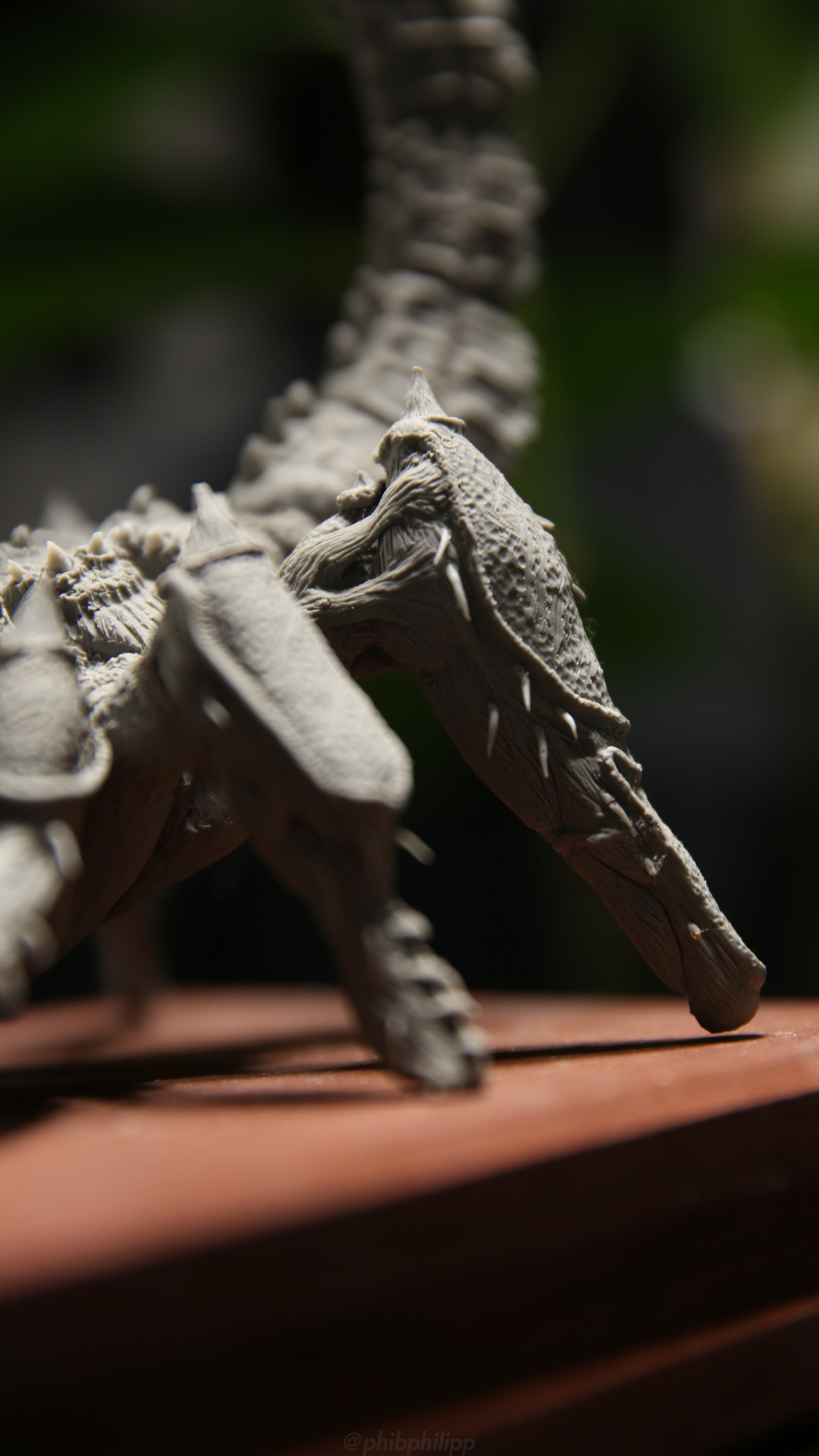 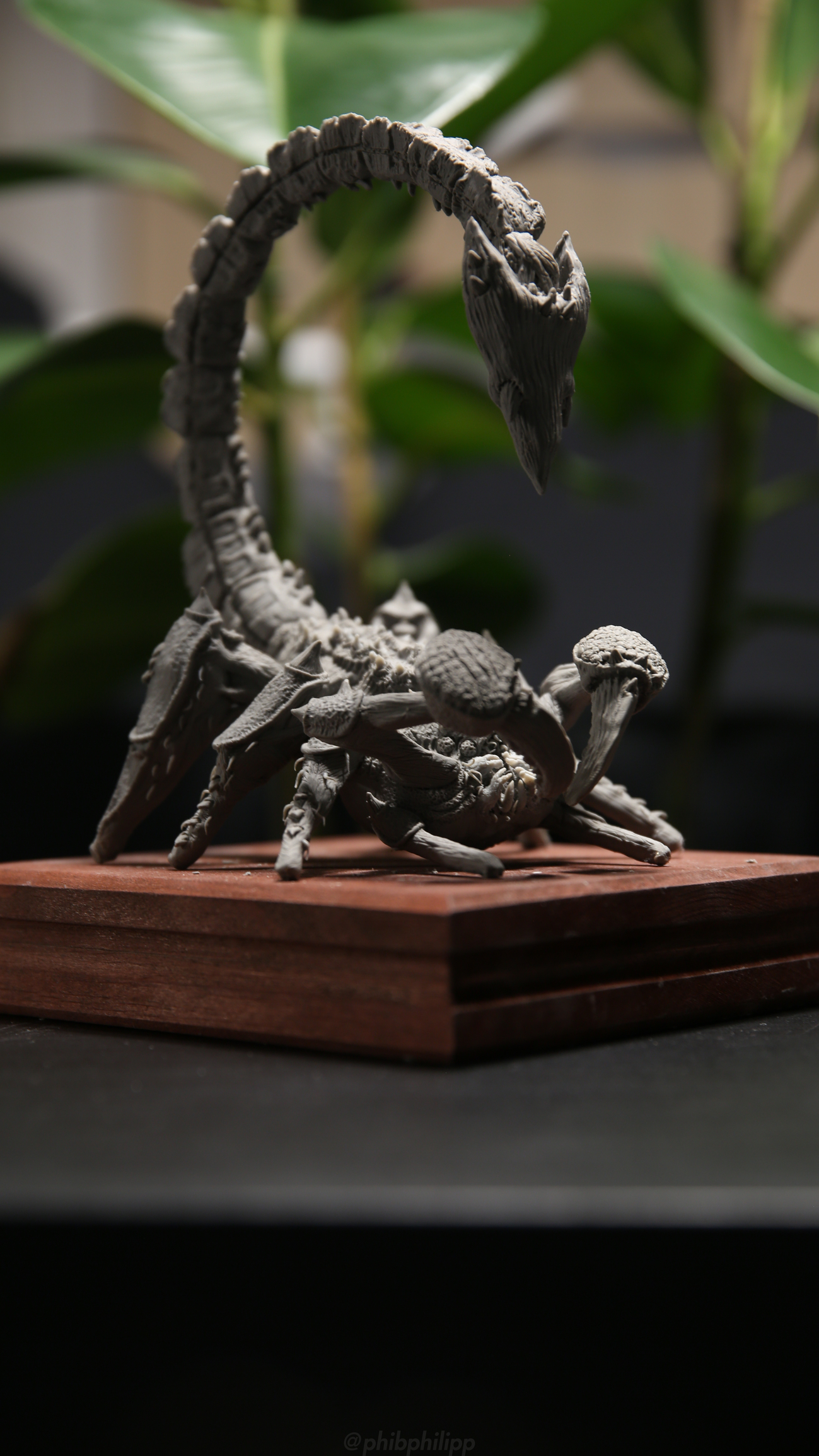