The "Eldest One" last of the dragon kings 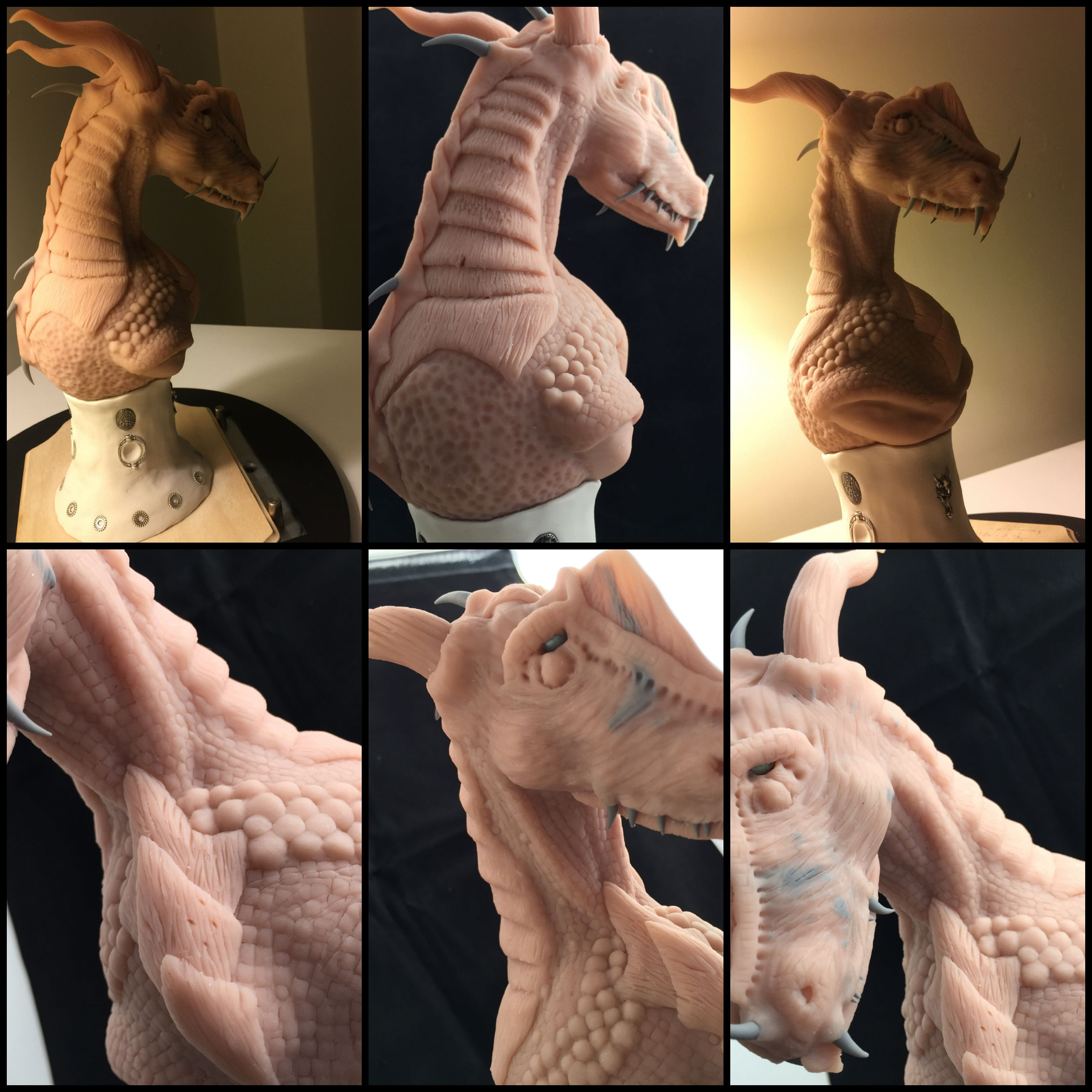 (Unpainted, so many decisions to make!)

In a realm where their numbers are dwindling, Dragons revere their elders, not only for the power that comes with increasing dragon age, but for his wisdom and knowledge of the other realms, and the magic it takes to get there.

Referred to only as "Eldest One" by all but his mate who was slain many years ago. The last of the Dragon Kings rules wearily over their remaining numbers. As they are hunted, and murdered to extinction. The species of man, dwarf, elf, all who seek their hides for glory or use of the parts of their bodies for ritual and rite. They know not that as the Dragons die, so does the magic in the world. For magic, great and small, lies within the soul of the Dragons. Once they leave this realm by death or escape through the few remaining portals, this world will be barren of it, and left to fend for itself.

As he knows the young species do not understand this, and in his wisdom and sacrifice the "Eldest One" stays. He watches and hopes that before his death they will learn to live together in peace. However as an army approaches his lair, he can hear the remains of guards clashing fire and claw against sword and shield. He fears it may be too late.
0