Matt-a-Magical MD ✭
March 2021 in Creature Making Contest
A sea monkey creature I designed and built in 2019 for a short piece of live theatre I developed called Under the Sea with Dredgie McGee that has since been awarded a Jim Henson Foundation grant to be fully produced into a full theatrical production. This little critter was made out of high density craft foam, Crayola Model Magic (which I would not use again for something like this, in retrospect), spandex, silicone caulk, zip ties, regular craft foam, dowels, a plastic container, heavy gauge wire, epoxy sculpt for the controls, and an assortment of other doodads (like a squishy silicone koosh toy from the dollar store). There is a fake hand attached on top that creates the illusion that I'm holding it, while my real hand is inside making the mouth, head, and arms move. 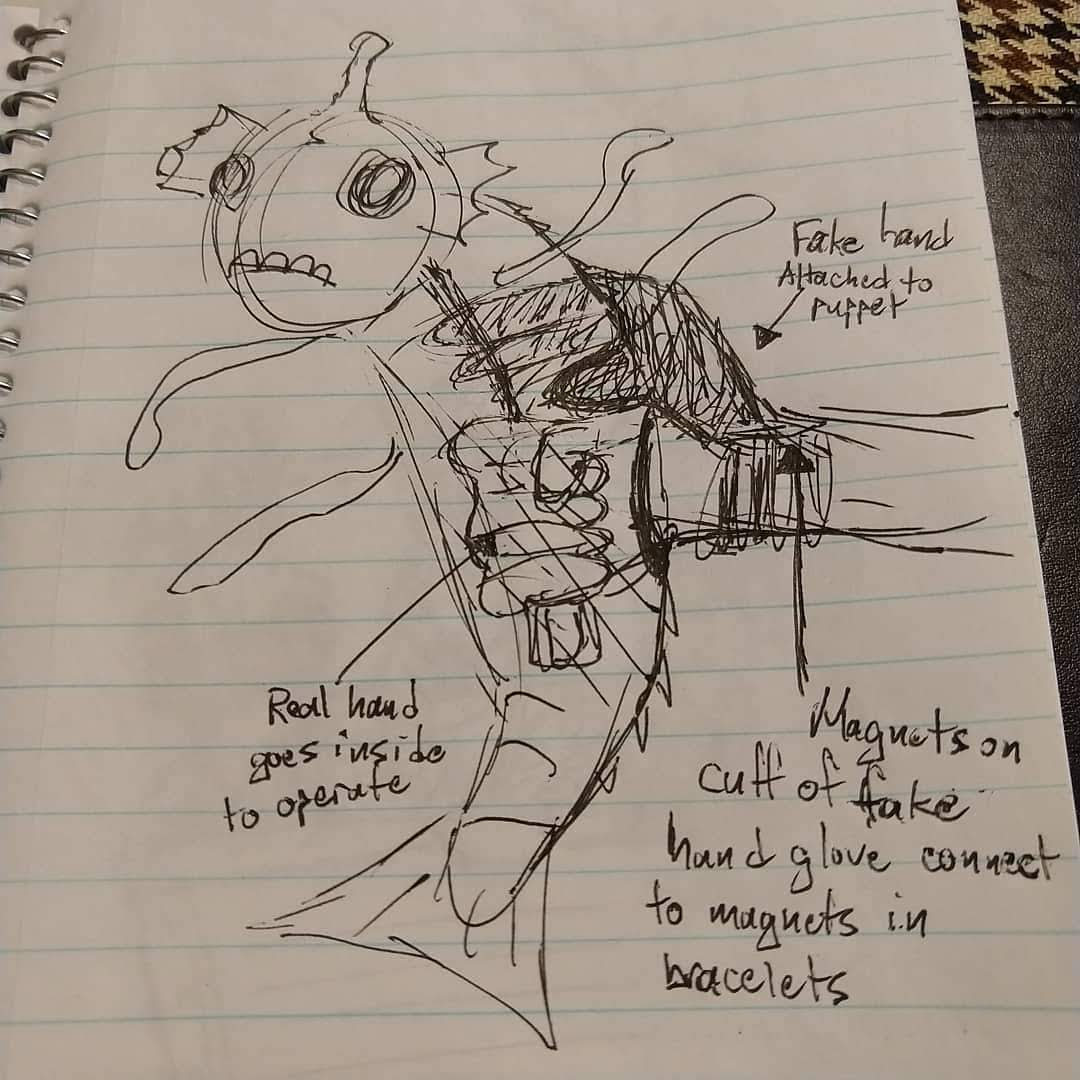 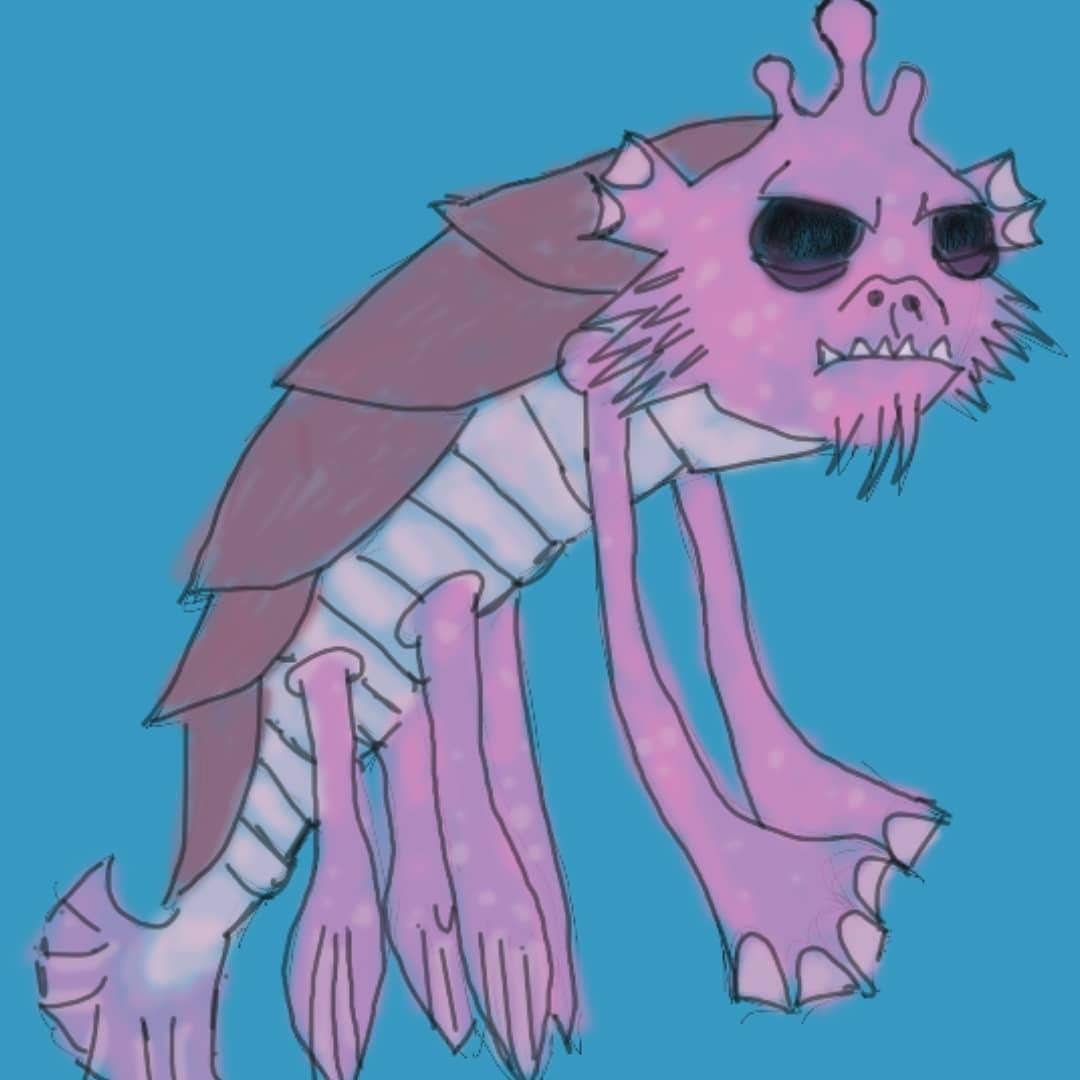 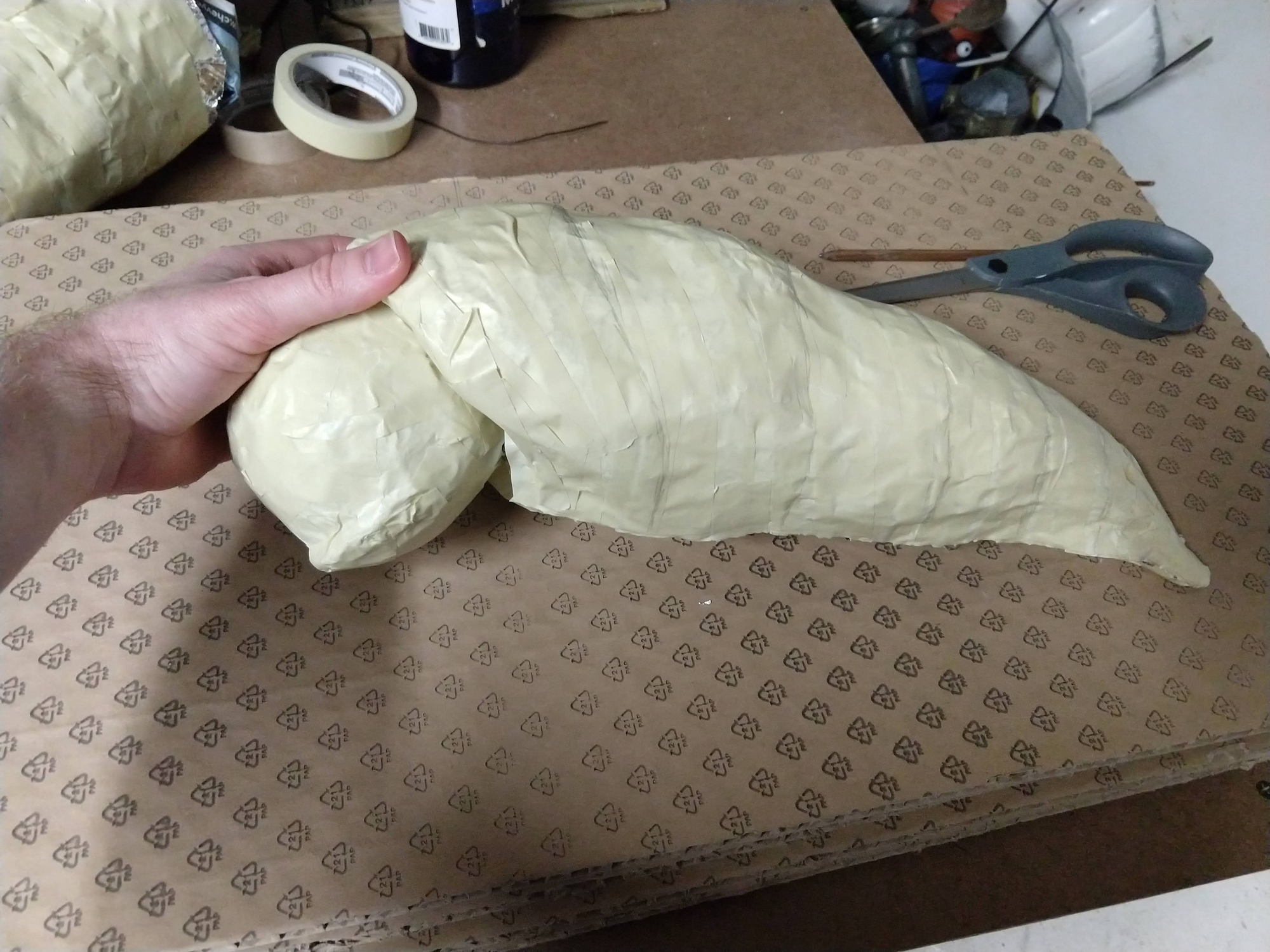 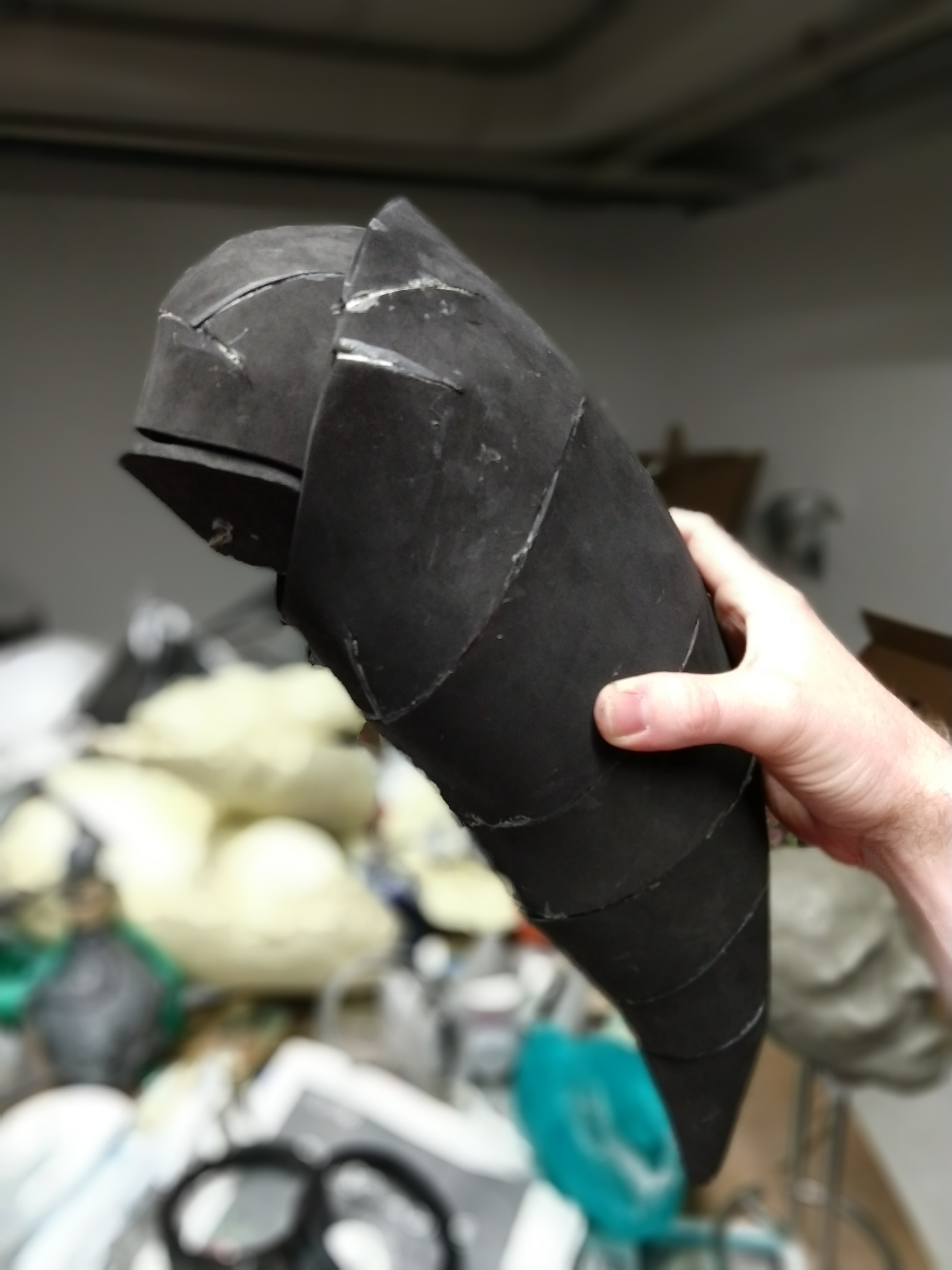 The head and body structure now made from 1/4" high density craft foam. 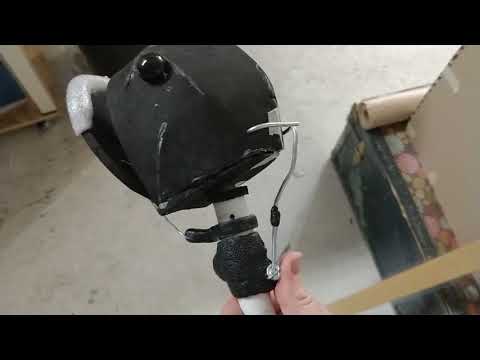 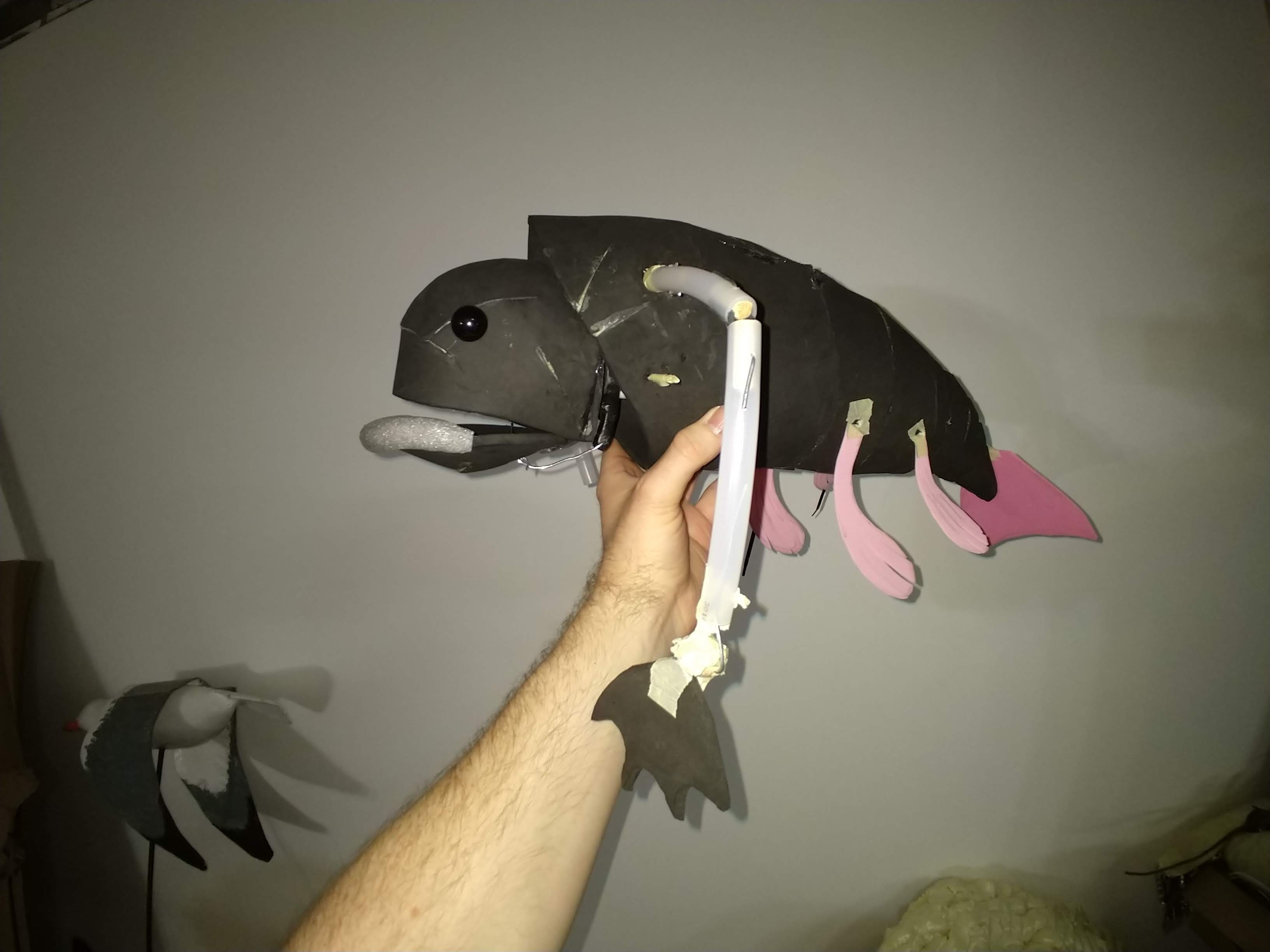 Figuring out the limbs and features... 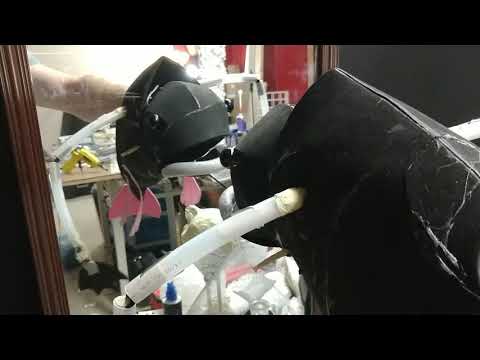 Admiring his new found movement in the mirror. ("Who's a pretty sea monkey skeleton? That's right, you!") 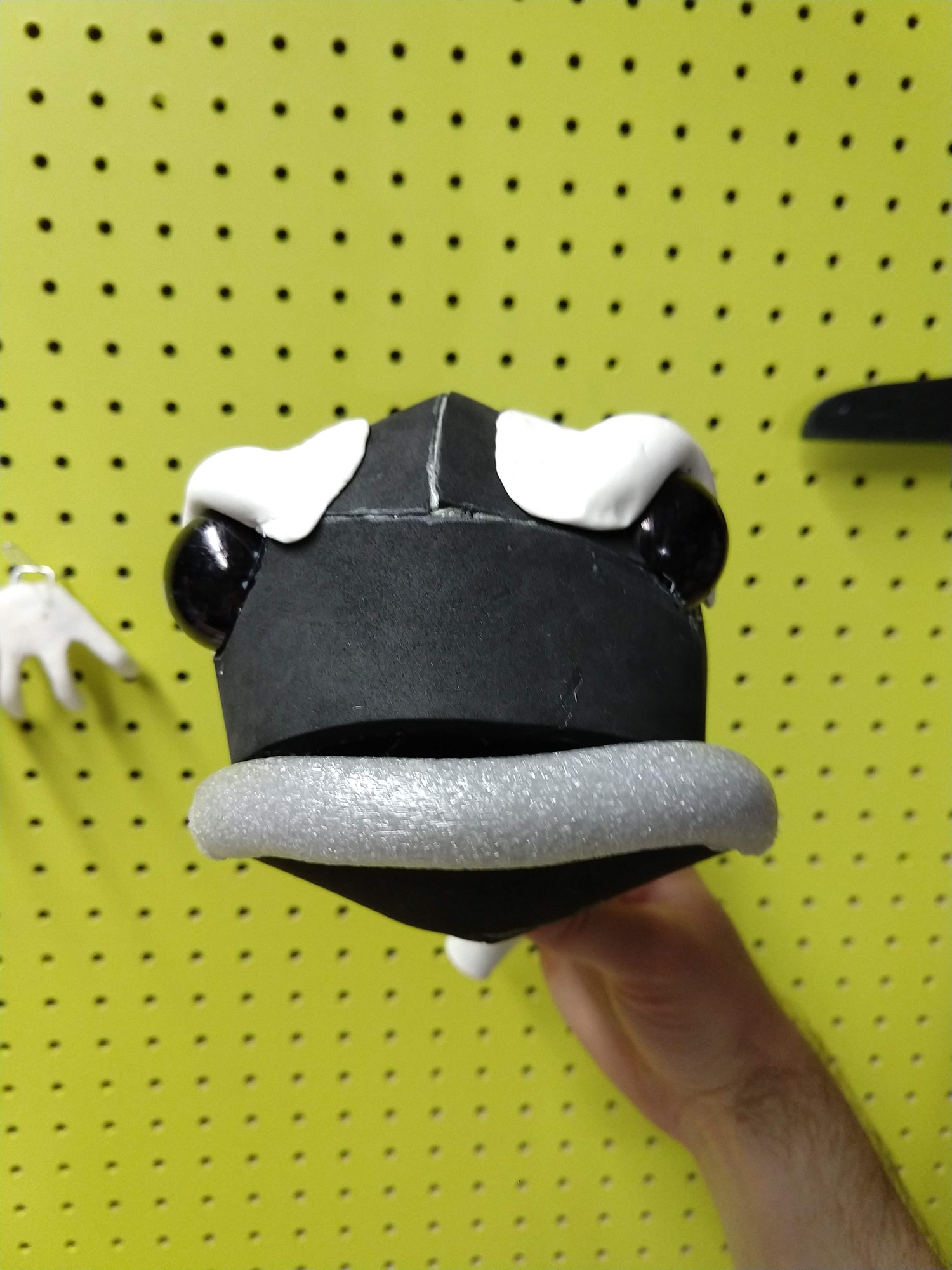 Applying the features in Model Magic (would use Foam Clay next time, then seal with plasti-dip). 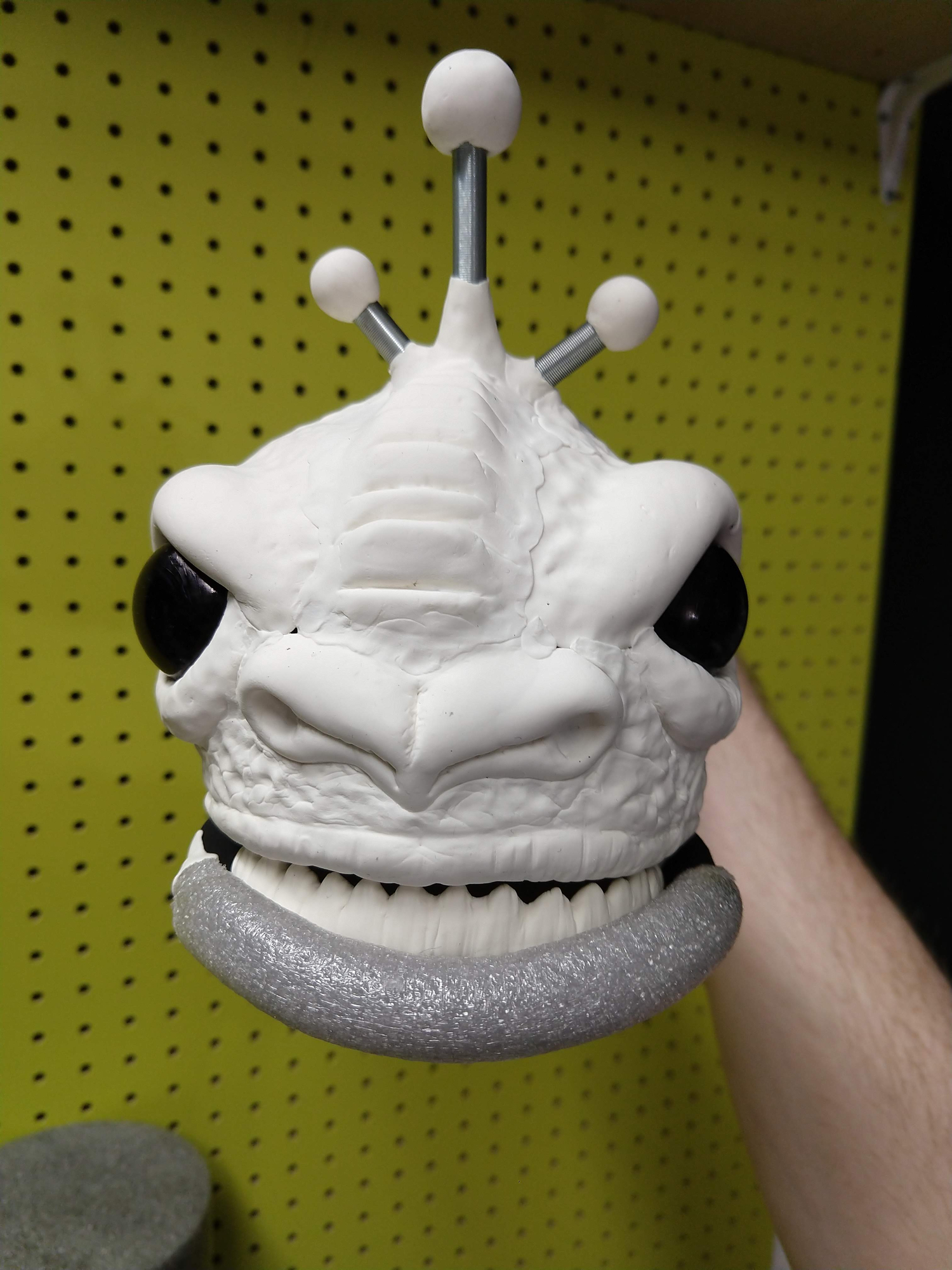 Though I really liked the outcome of Model Magic, several months later the stuff kept drying out even more on the head, which made it shrink and therefore crack in spots that I still have yet to repair. 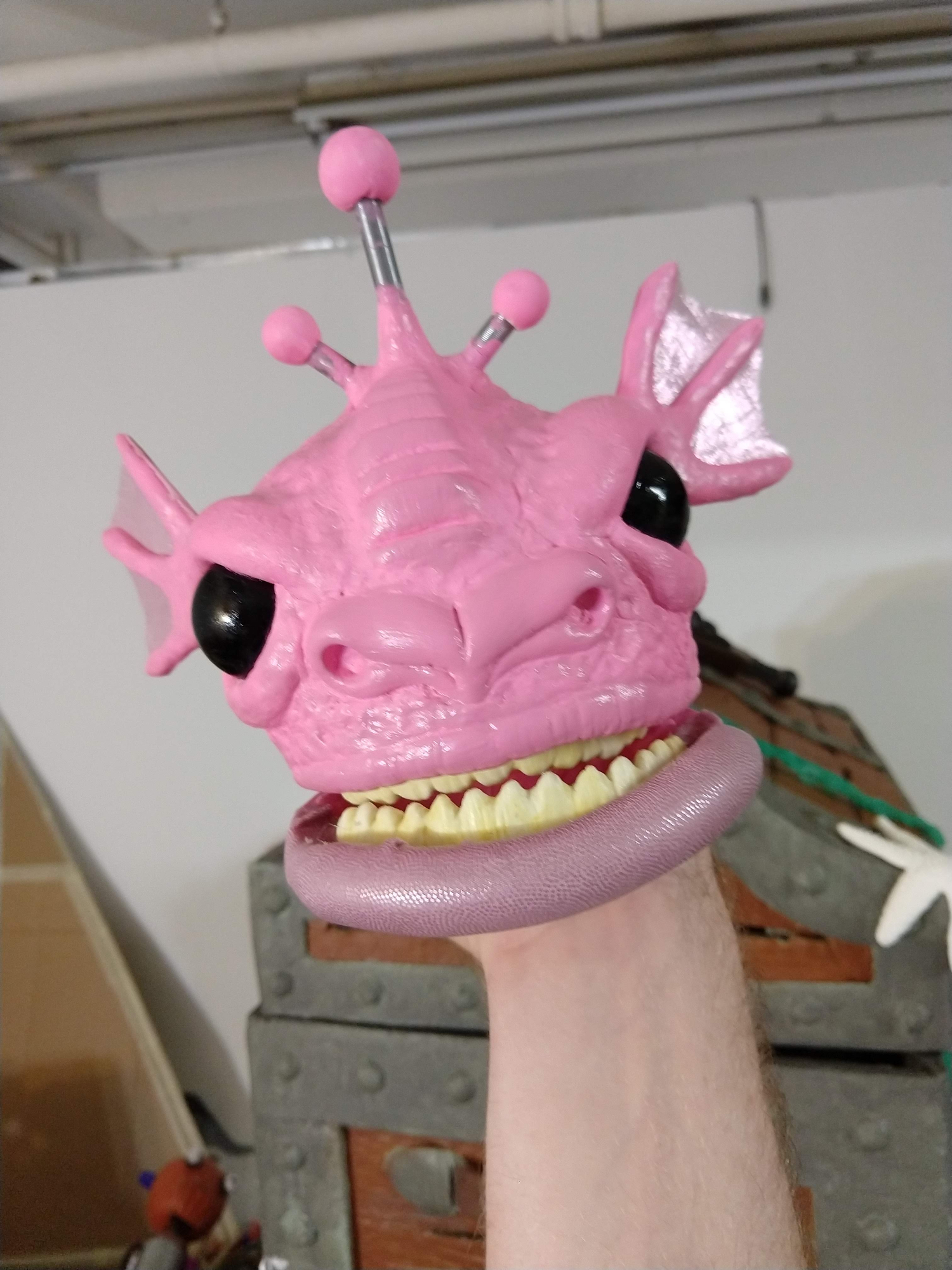 Even so, it looked good when painted. Added some little springs so the little antennae could wobble when he moved. The lips were covered in spandex that had a nice, almost reptilian pattern and sheen to it. 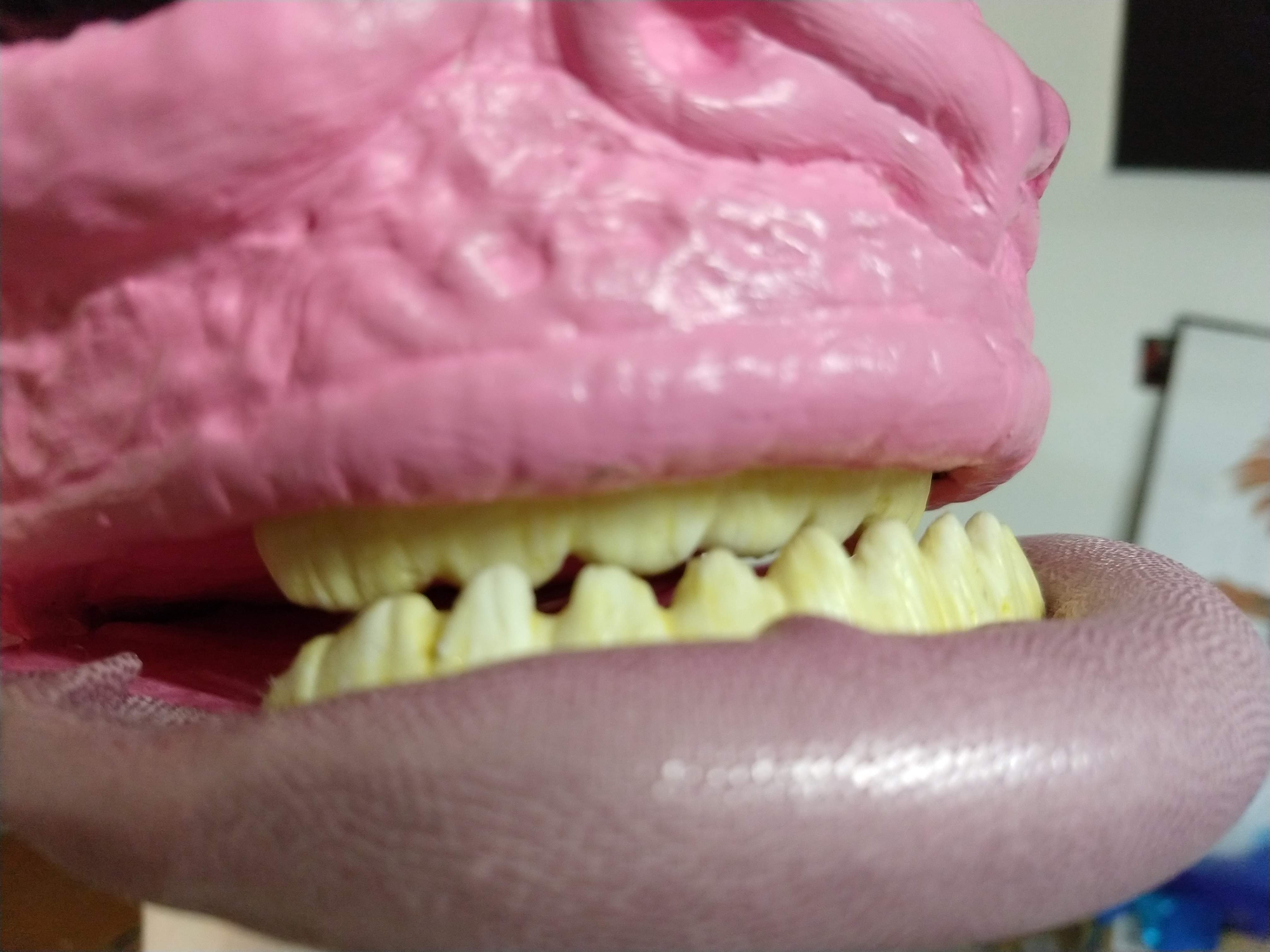 I really liked how the teeth turned out. Also Model Magic, sealed in either Mod Podge or Sculpt-or-Coat. 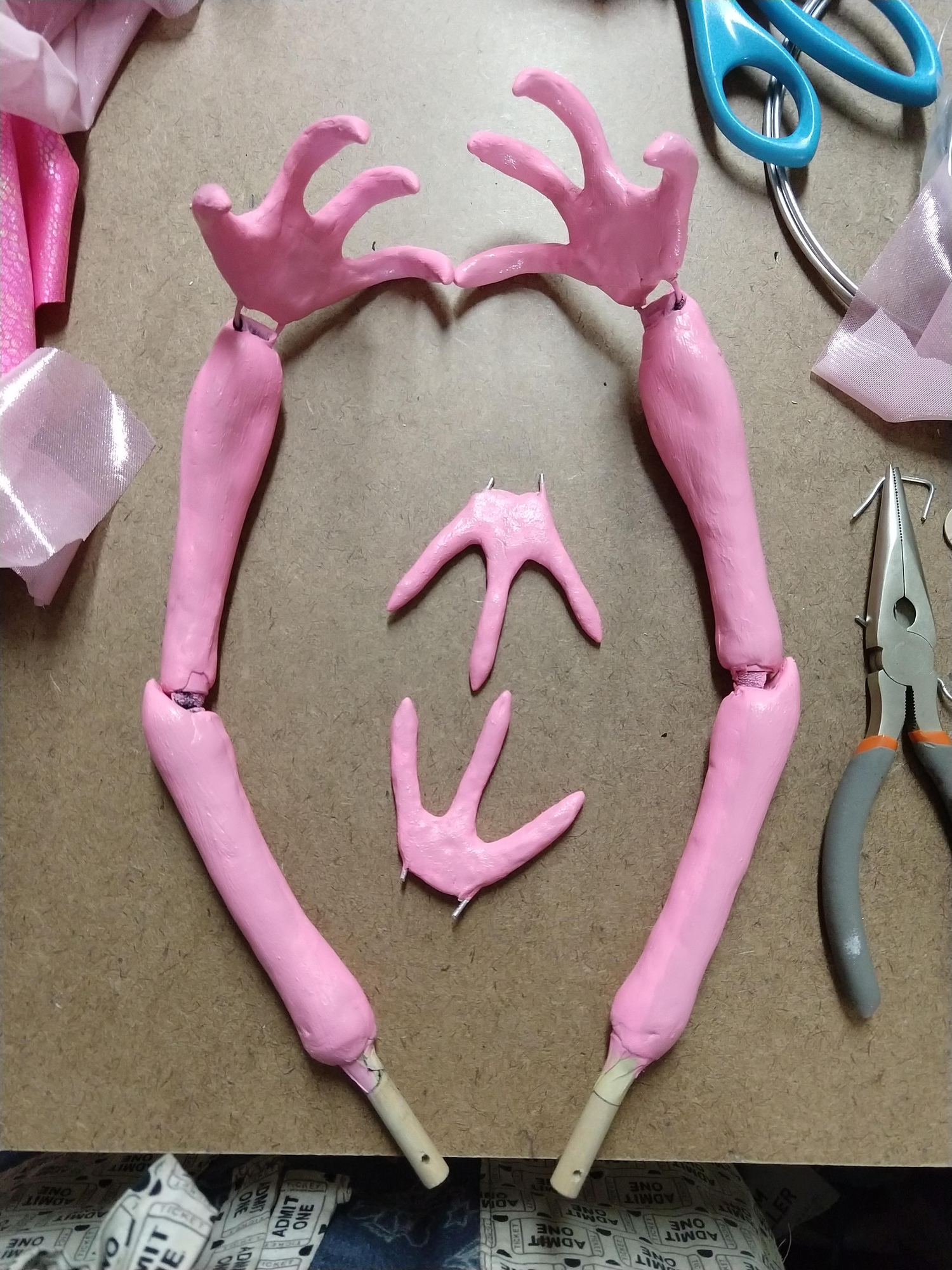 Arms and head fins, sculpted in Model Magic over wire or dowels and painted. 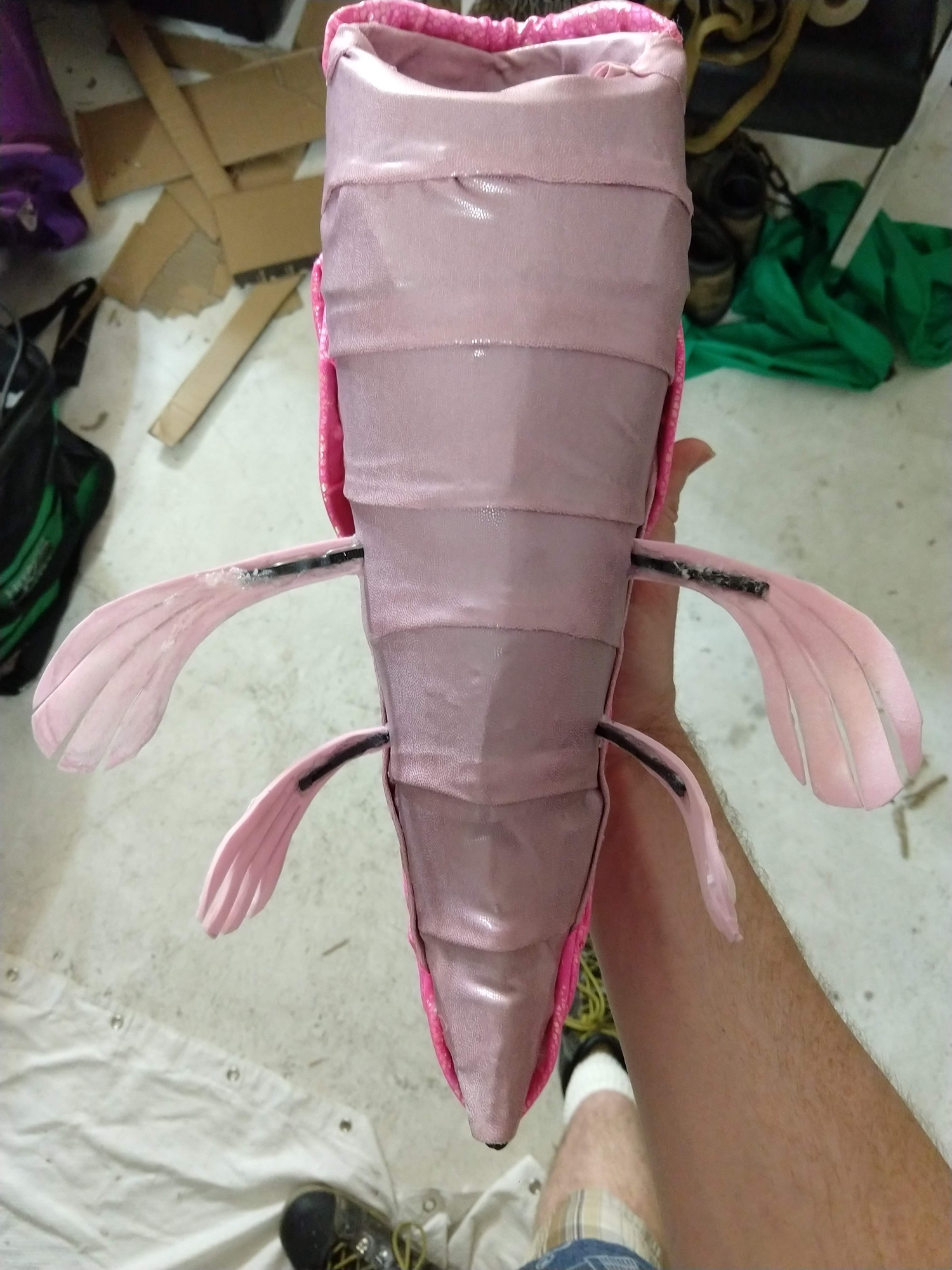 I used zip-ties for the skeletal structure of the leg fins, then pink craft foam for the fins themselves. 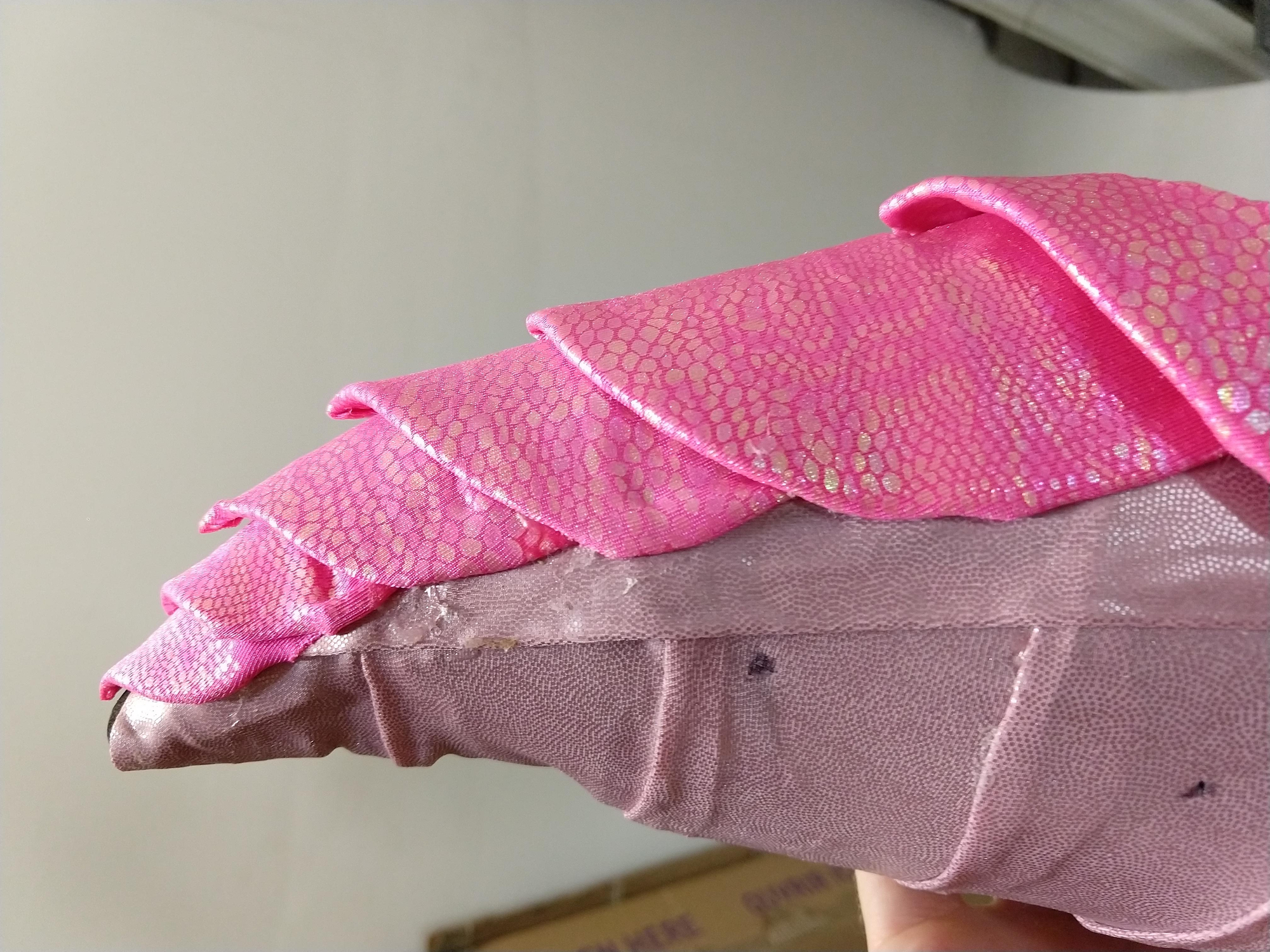 The spandex fabric really did a lot of the texture work for me. 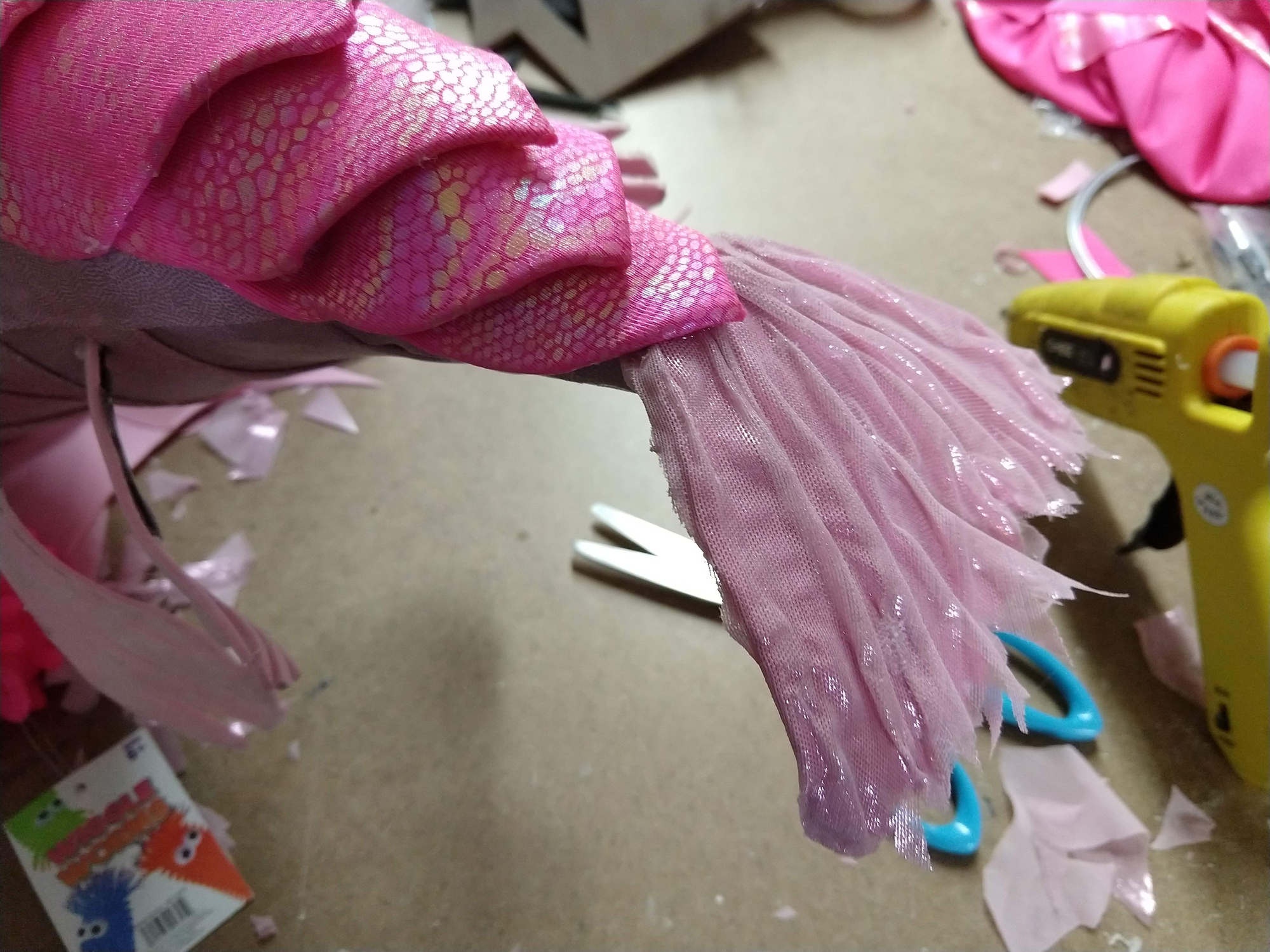 Some stretchy, meshy, shiny fabric glued into ruffles made for a nice tail. 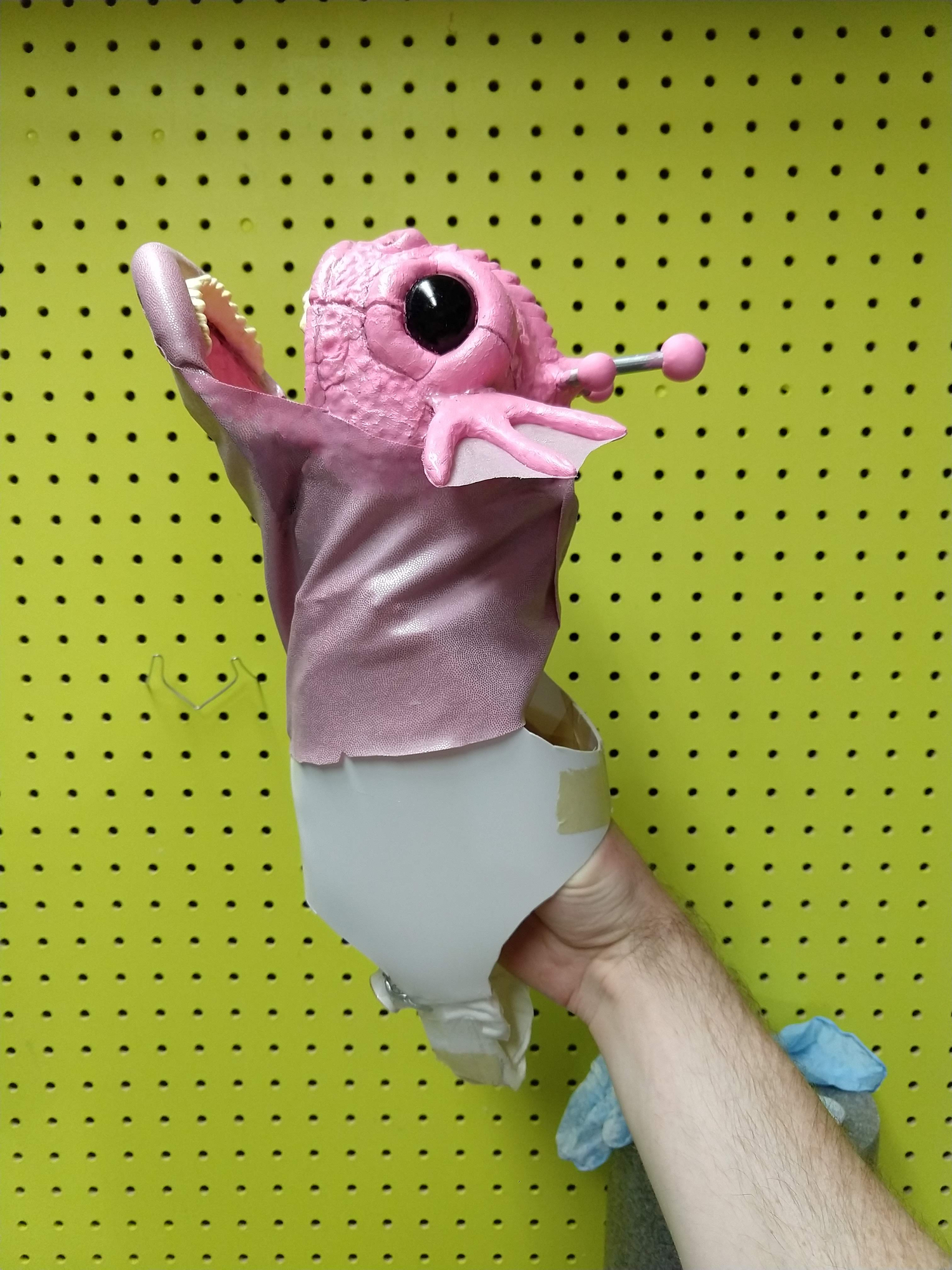 Adding spandex for the neck. 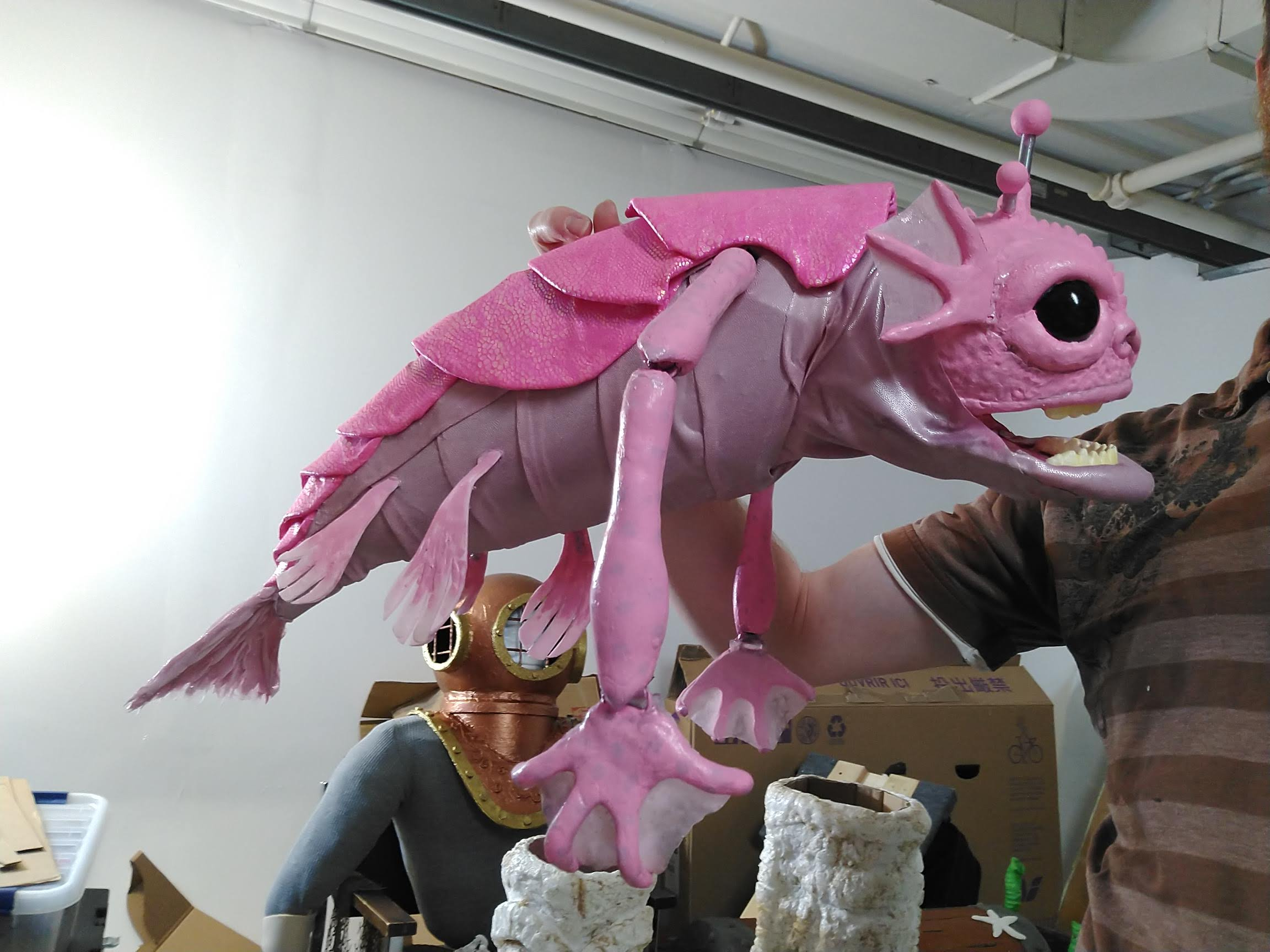 Almost there. But he seems to be missing something.... 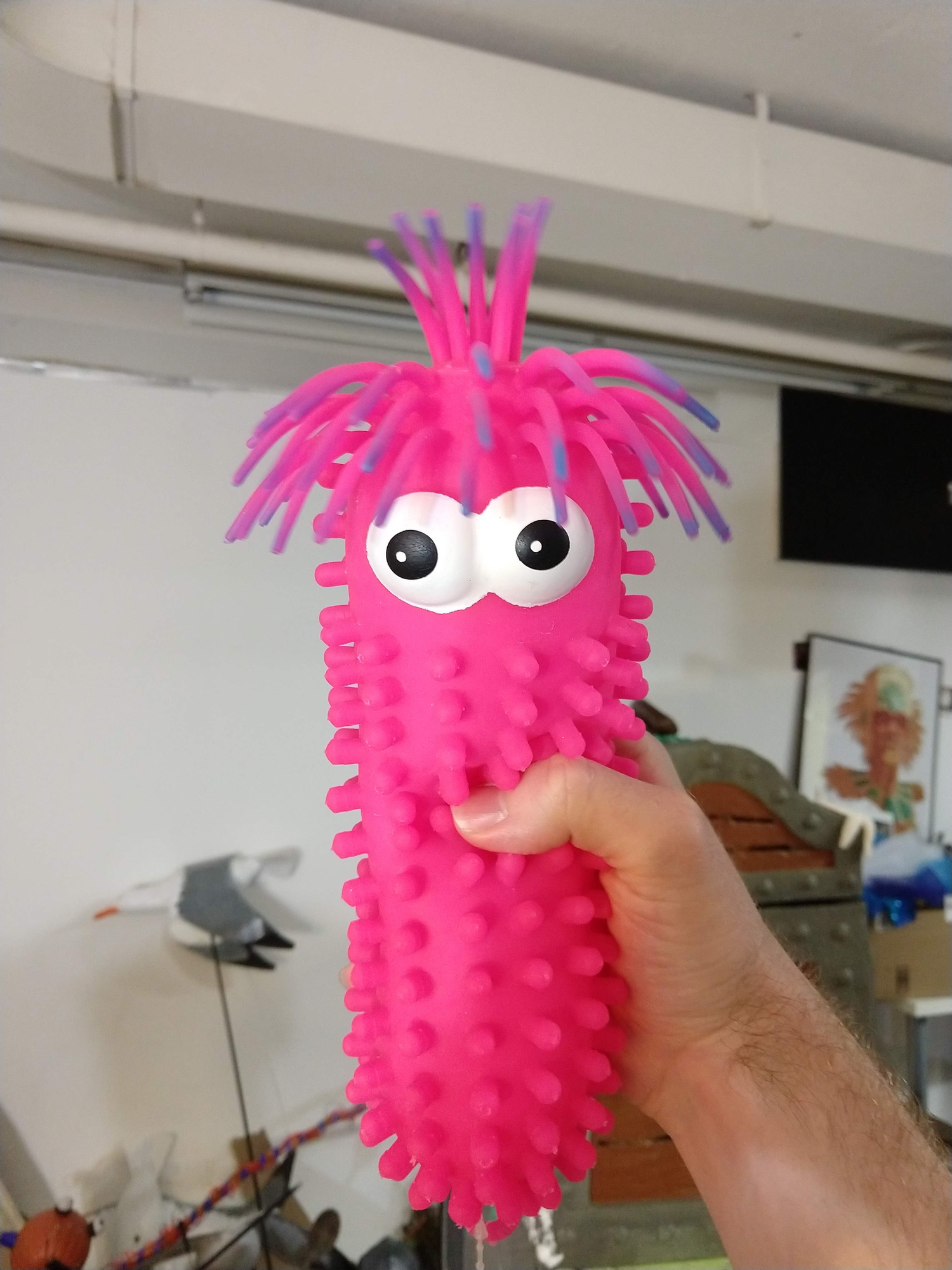 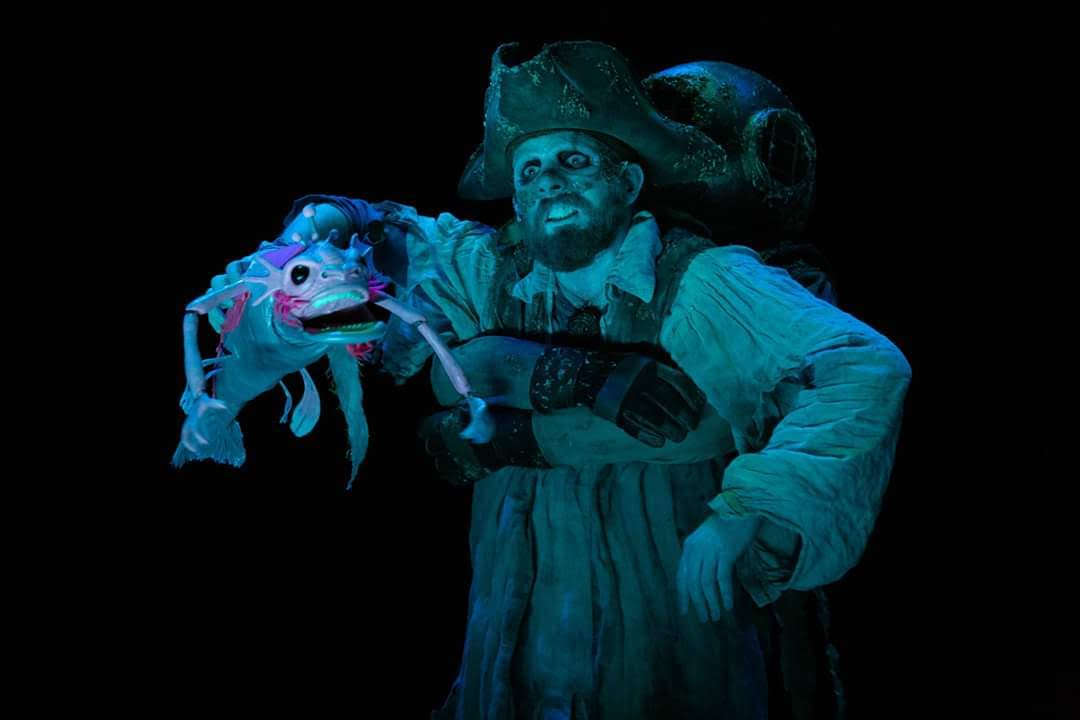 The final product! (You can't see it super well in this picture, but I added the little silicone whiskers from that toy to the cheeks and chin that added a nice touch of motion when his head and mouth moved. Also, the fake hand can kind of be seen gripping his back).

You can see it quickly in action on this trailer I made for my pilot performance.


To learn more about the show and my work, check out www.mattamagical.com , www.patreon.com/mattamagical , or on Instagram and Facebook @MattaMagical