The Cryptkeeper from Tales from the Crypt! SWSCA Creature Making Contest

David Pecorini Cancellario d' alena London ( UK) ✭✭
February 2021 in Creature Making Contest
I recently started to learn 3d sculpting thanks to the amazing video tutorial of SWSCA and Gnomon and this is the result of my last journey in this new media (at least for me). Still, a lot to do and learn, but I like to share it with you.
After the 3d printing and hand painting, I will use some real Hair to give my bust a more interesting and realistic look. I will update this post asap. Thank you so much.
And Now. 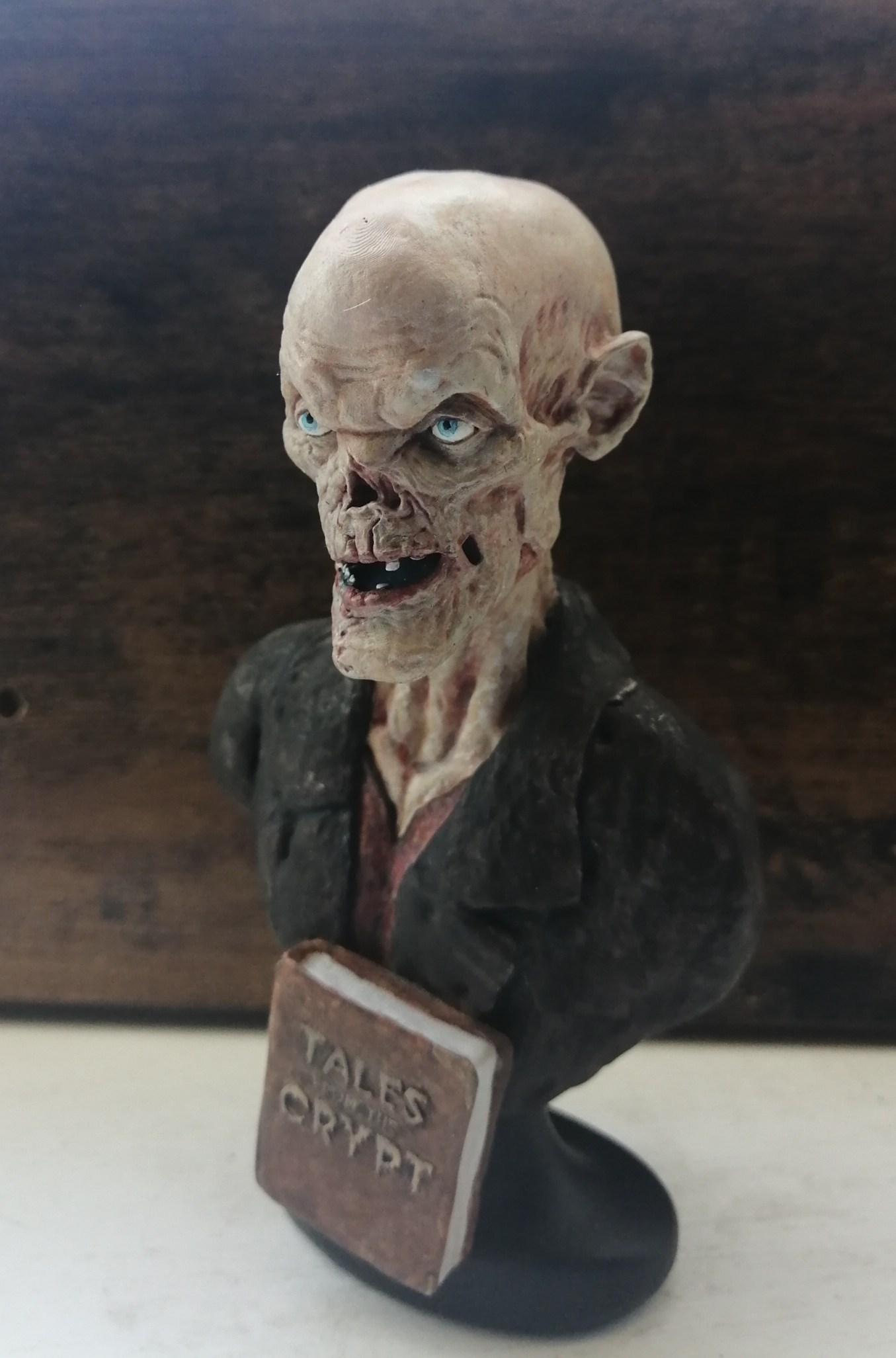 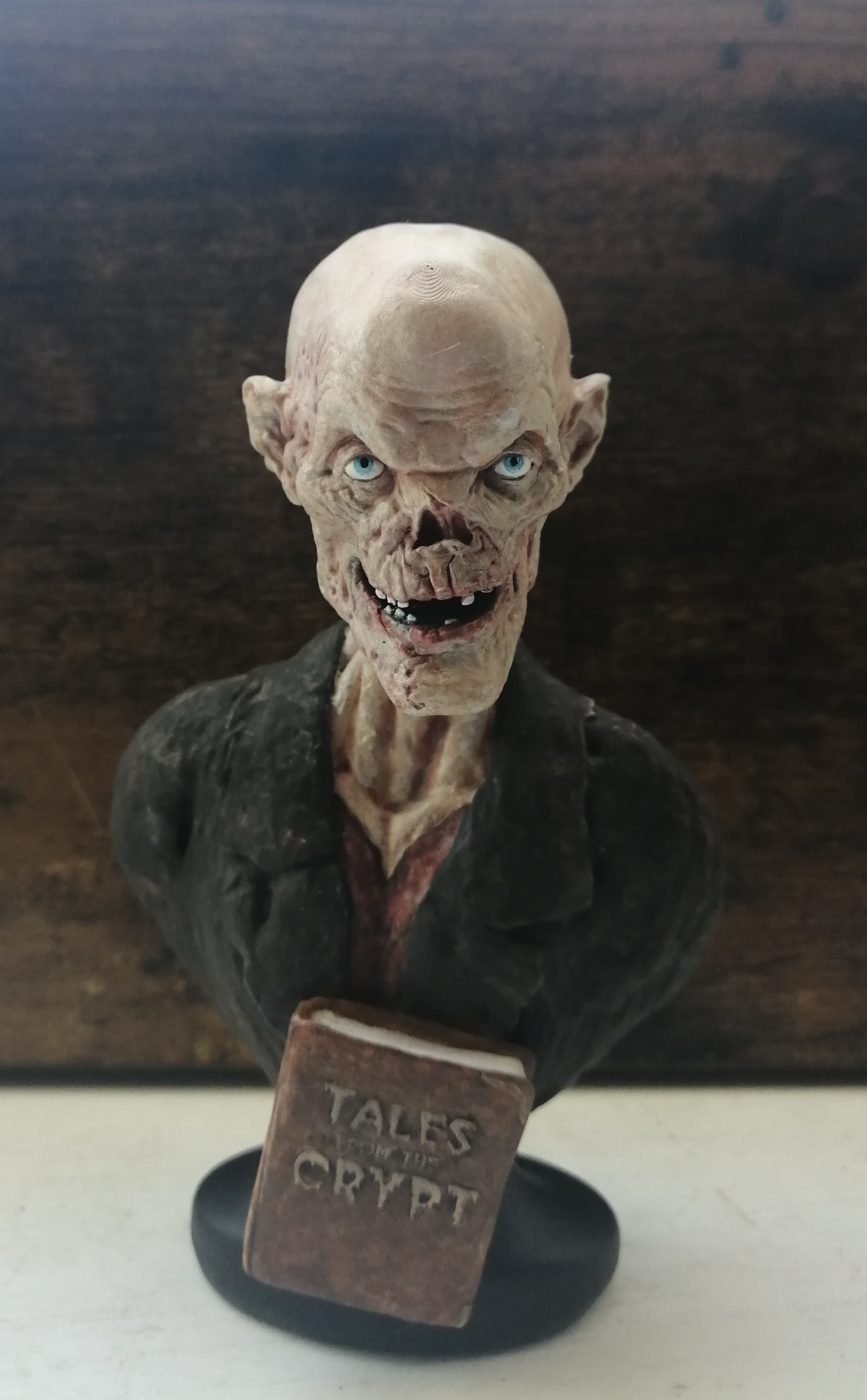 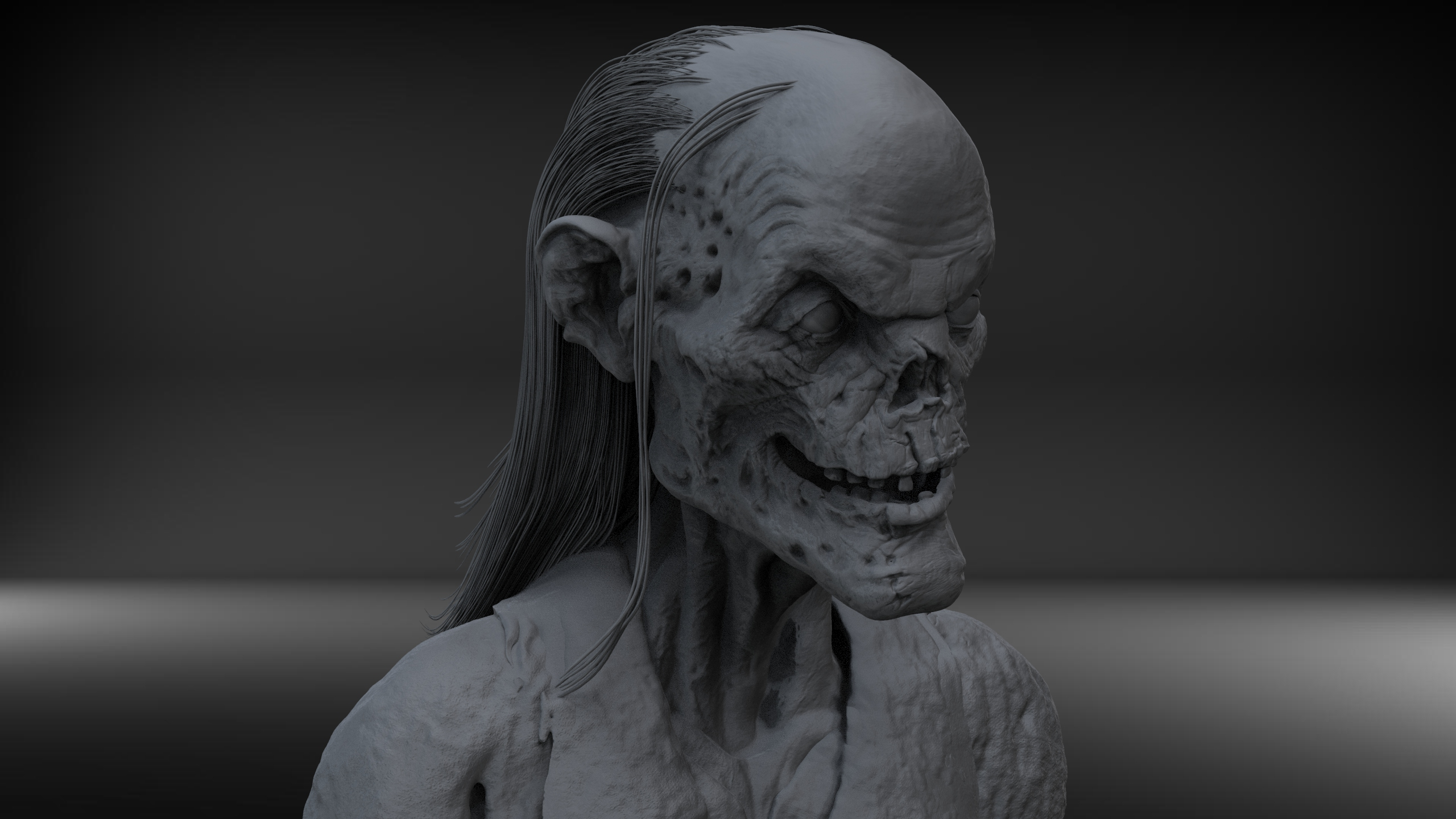 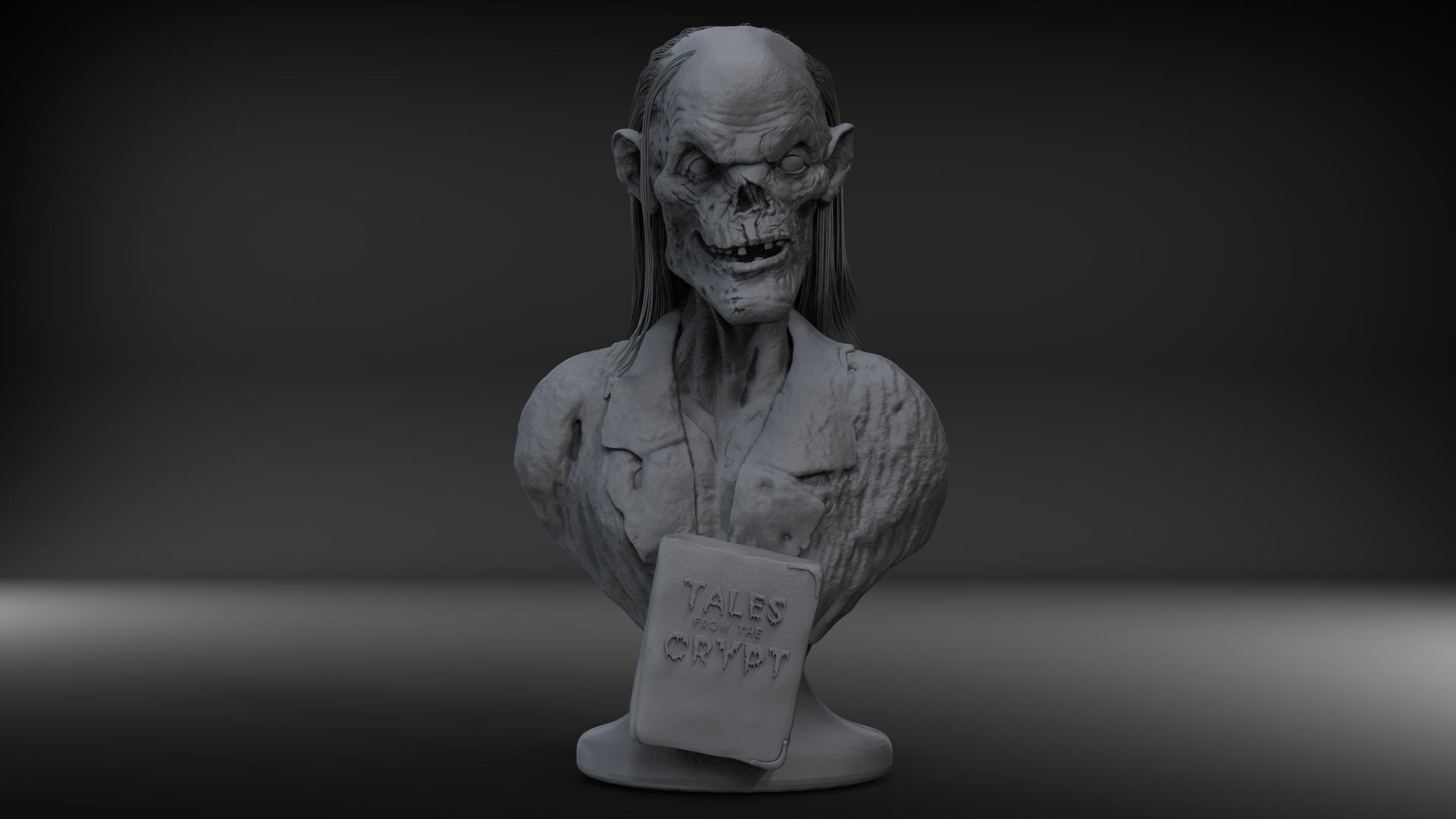 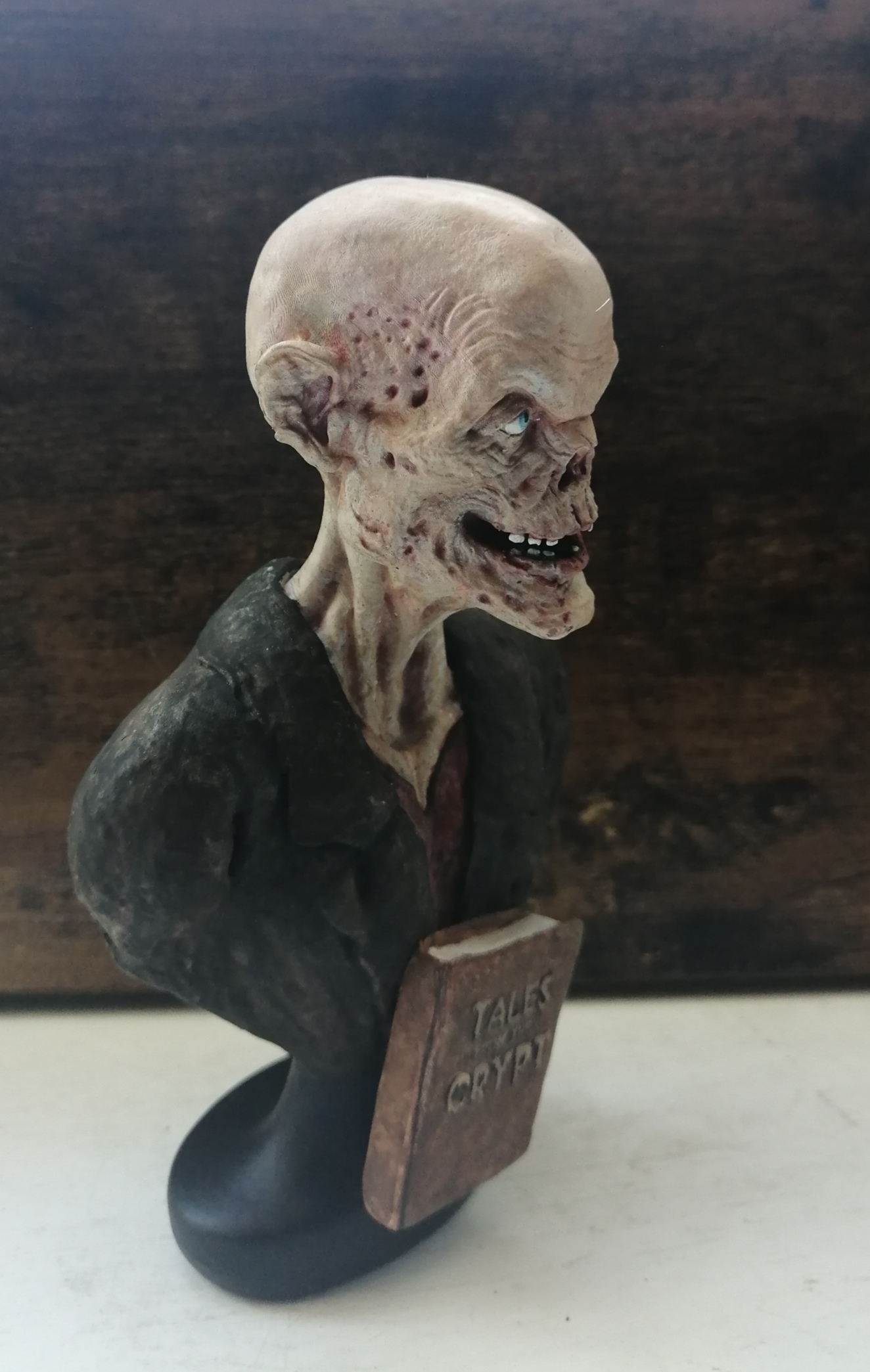 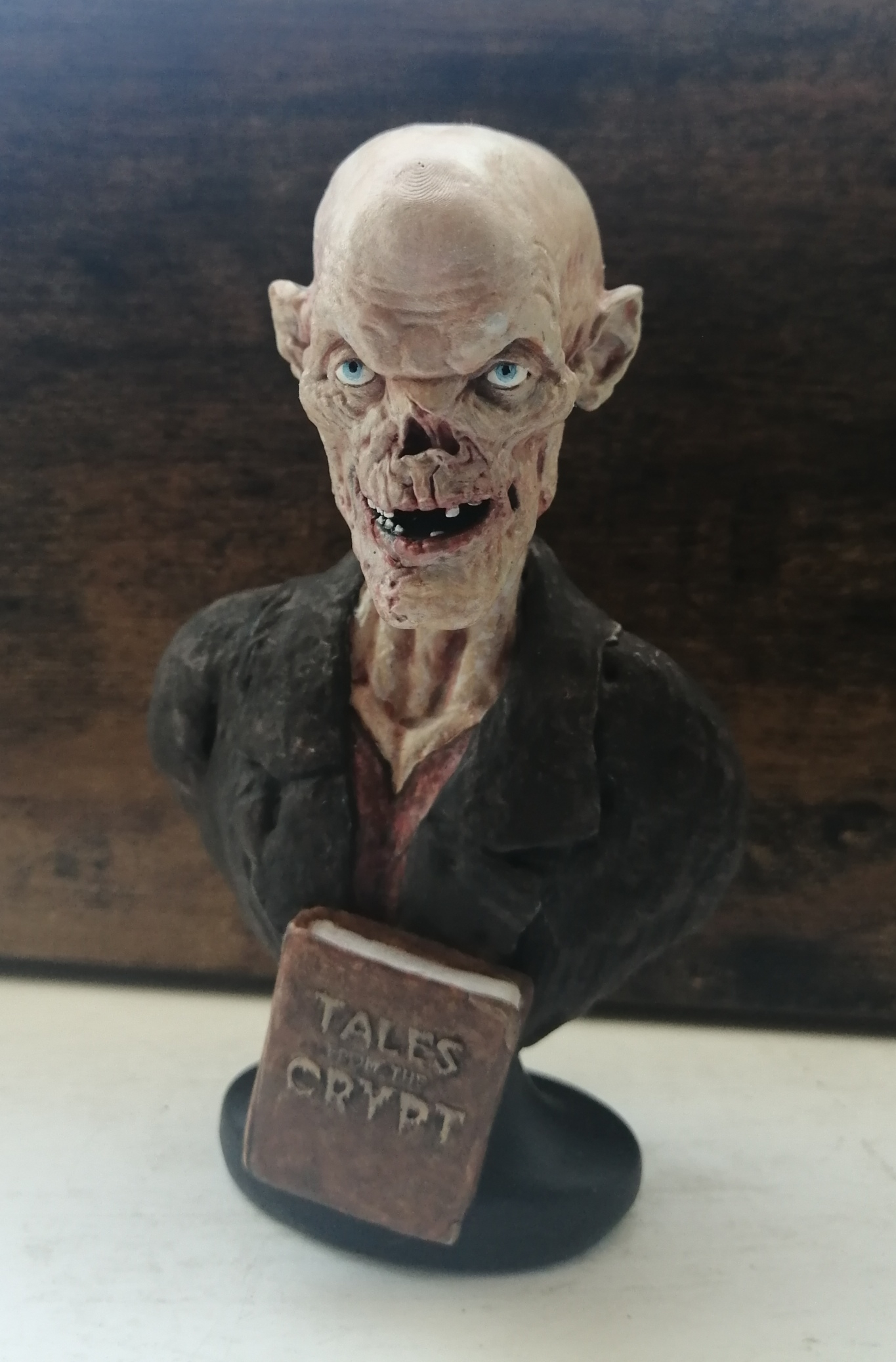 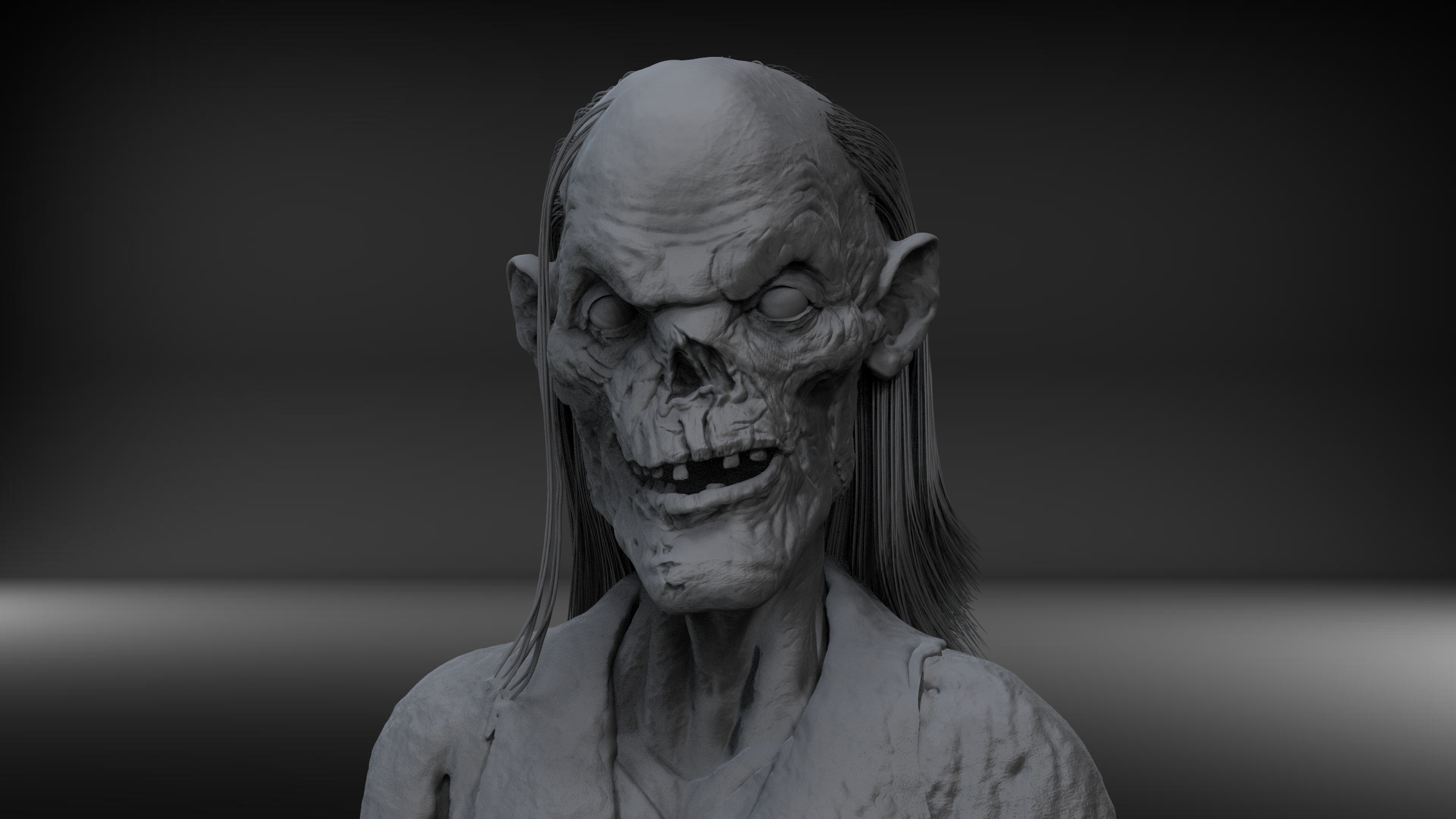 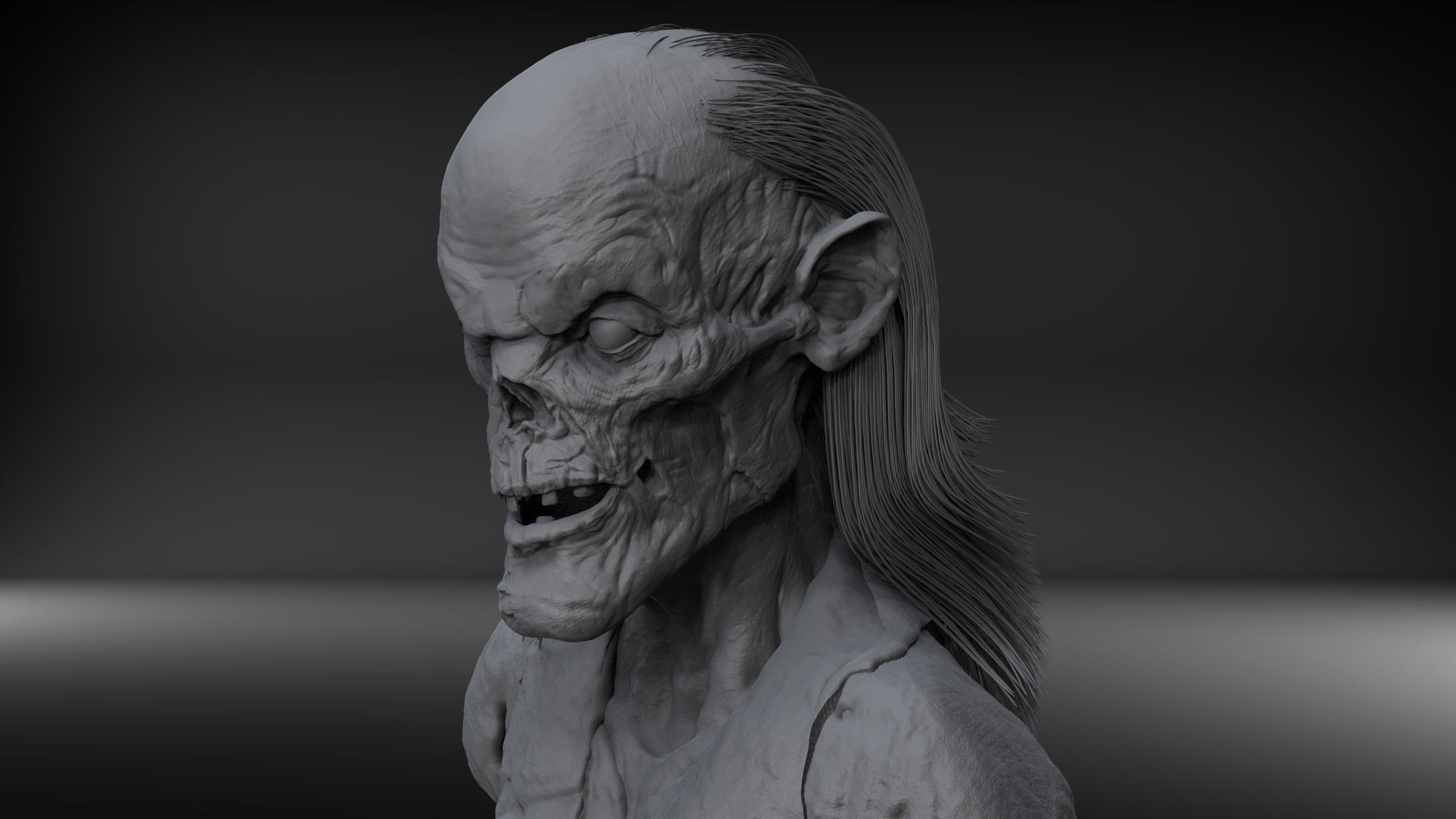 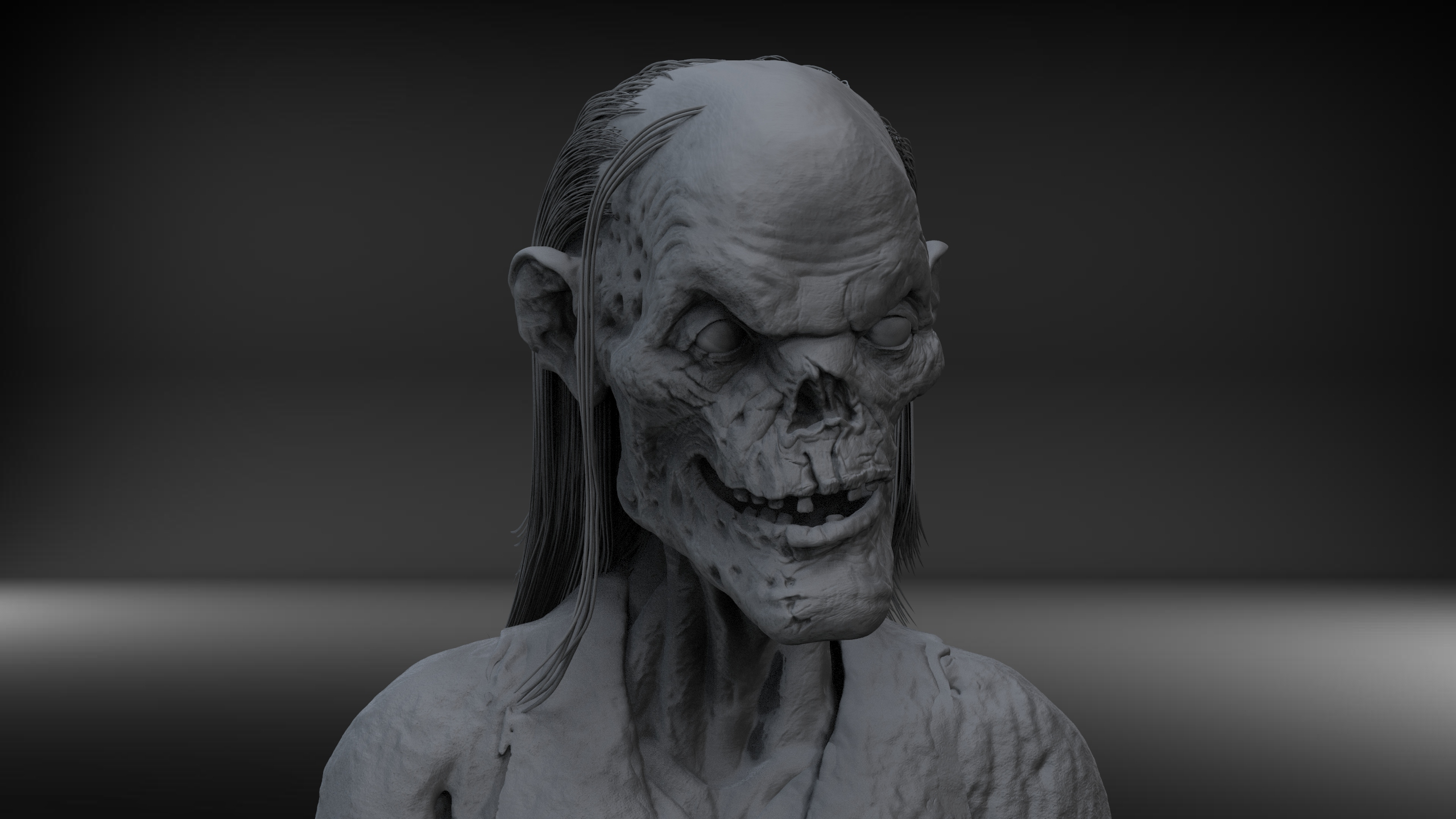 Wiki Attack: Each episode of Tales from the Crypt begins with a tracking shot leading to the front door of The Cryptkeeper's decrepit mansion. Once inside, the camera pans down from the foyer to the hallways and stairways, finally descending into the basement. The show's host, The Cryptkeeper, then pops out from his coffin, cackling wildly; finally, green slime pours down over the screen as the main title appears. The Cryptkeeper is an animated corpse, as opposed to the original comics in which he was a living human being. The wisecracking Cryptkeeper (performed by puppeteers like Van Snowden,[2] Mike Elizalde, Frank Charles Lutkiss, Patty Maloney, Anton Rupprecht, Shaun Smith, David Stinnent, Mike Trcic, and Brock Winkless, and voiced by John Kassir) would then introduce the episode with intentionally hackneyed puns (e.g. his frequent greeting to viewers: "Hello, Boils and Ghouls" or "Hello, Kiddies"). Each episode was self-contained, and was bookended by an outro sequence again involving the Crypt Keeper. Comic book cover art was created by Mike Vosburg and Shawn McManus.