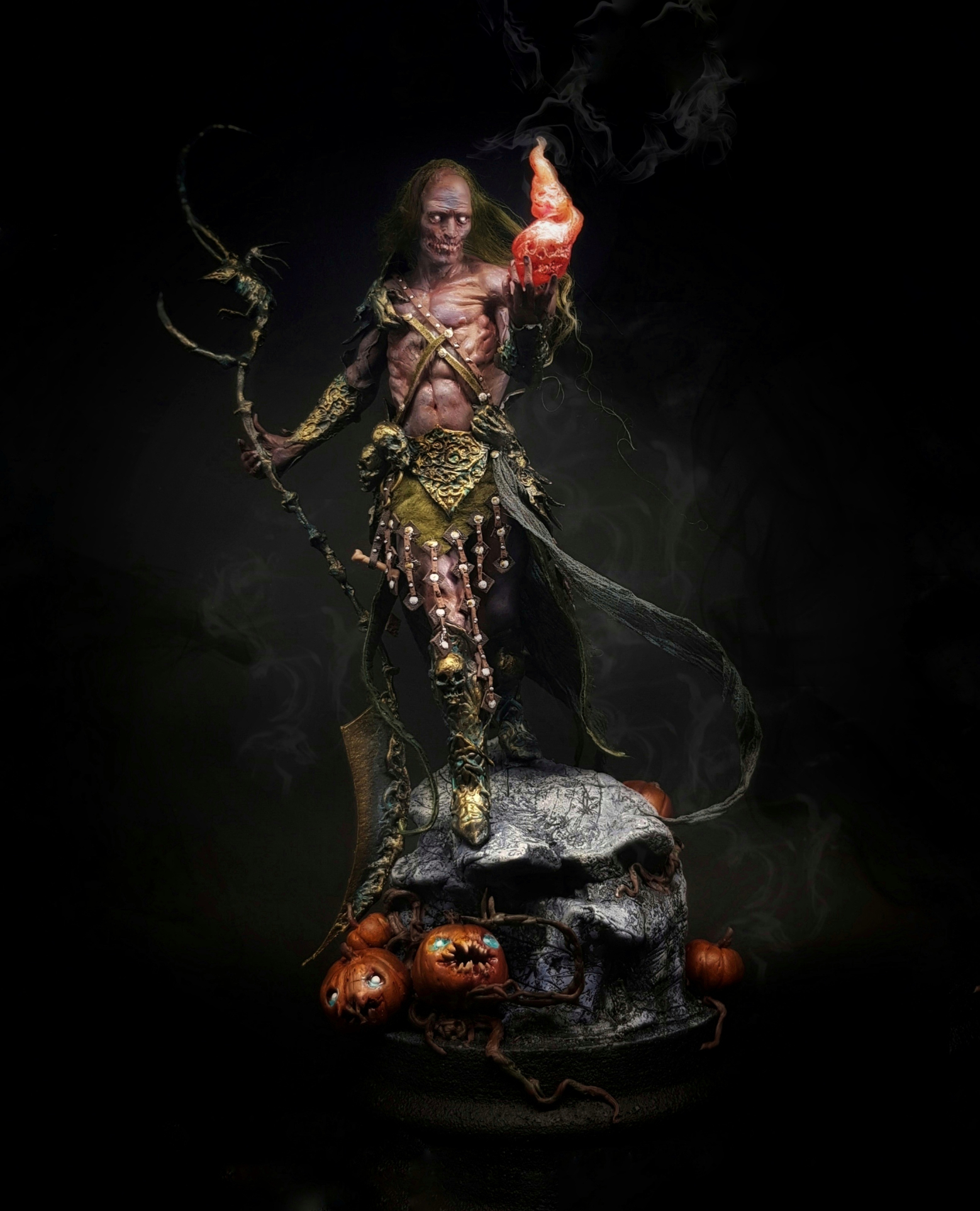 KRENT is a underworld creature. He is a reaper. And it's a design which I have created.
It is handmade in polymerclay and mixed media. He is dressed with real leather fabric and belts, and polymerclay. The hair is made in whool.
He is in 1.6 scale. It is hand painted with acrylics. The skull flame in his hand was made in oil based clay and casted in resin. 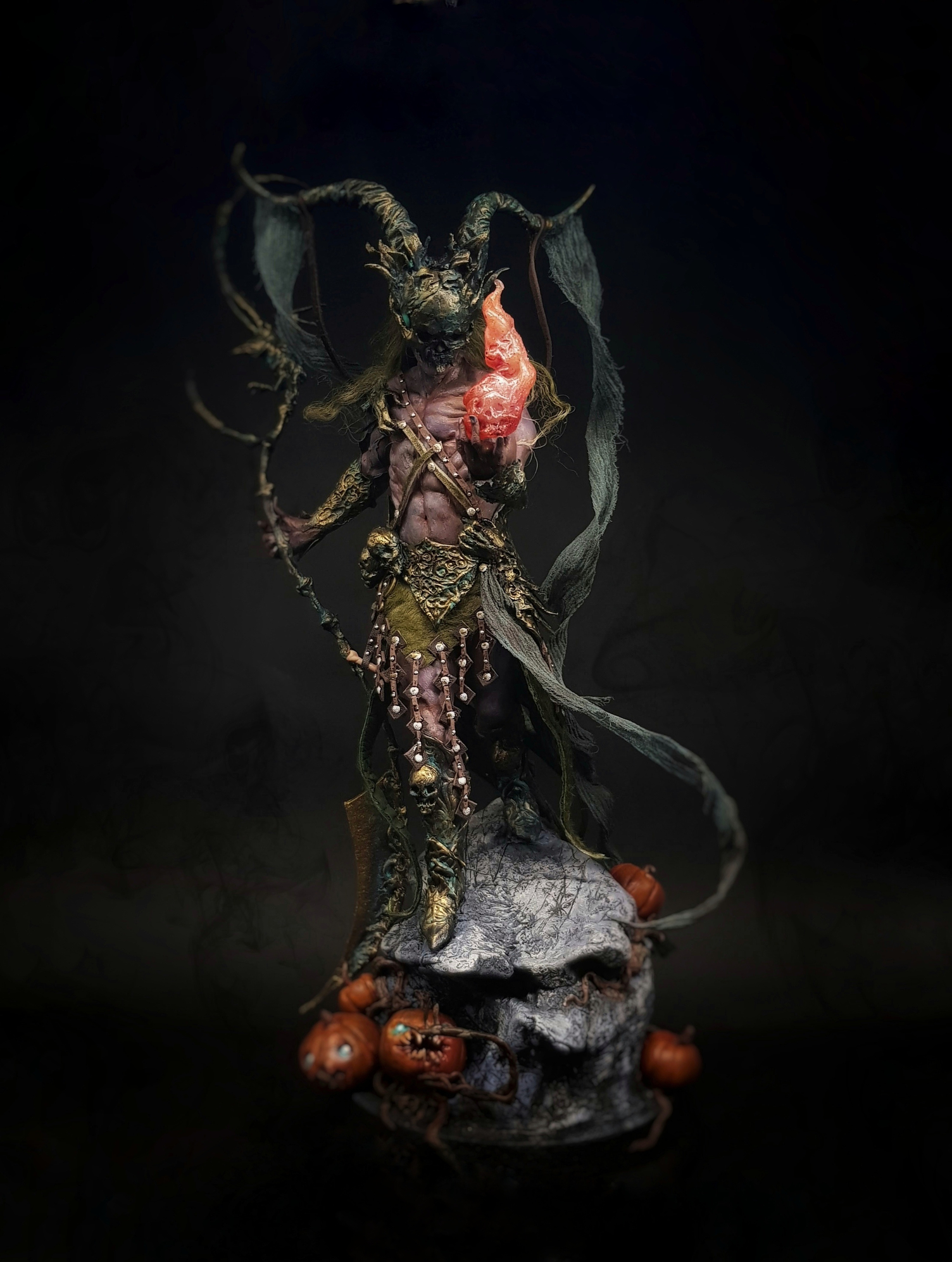 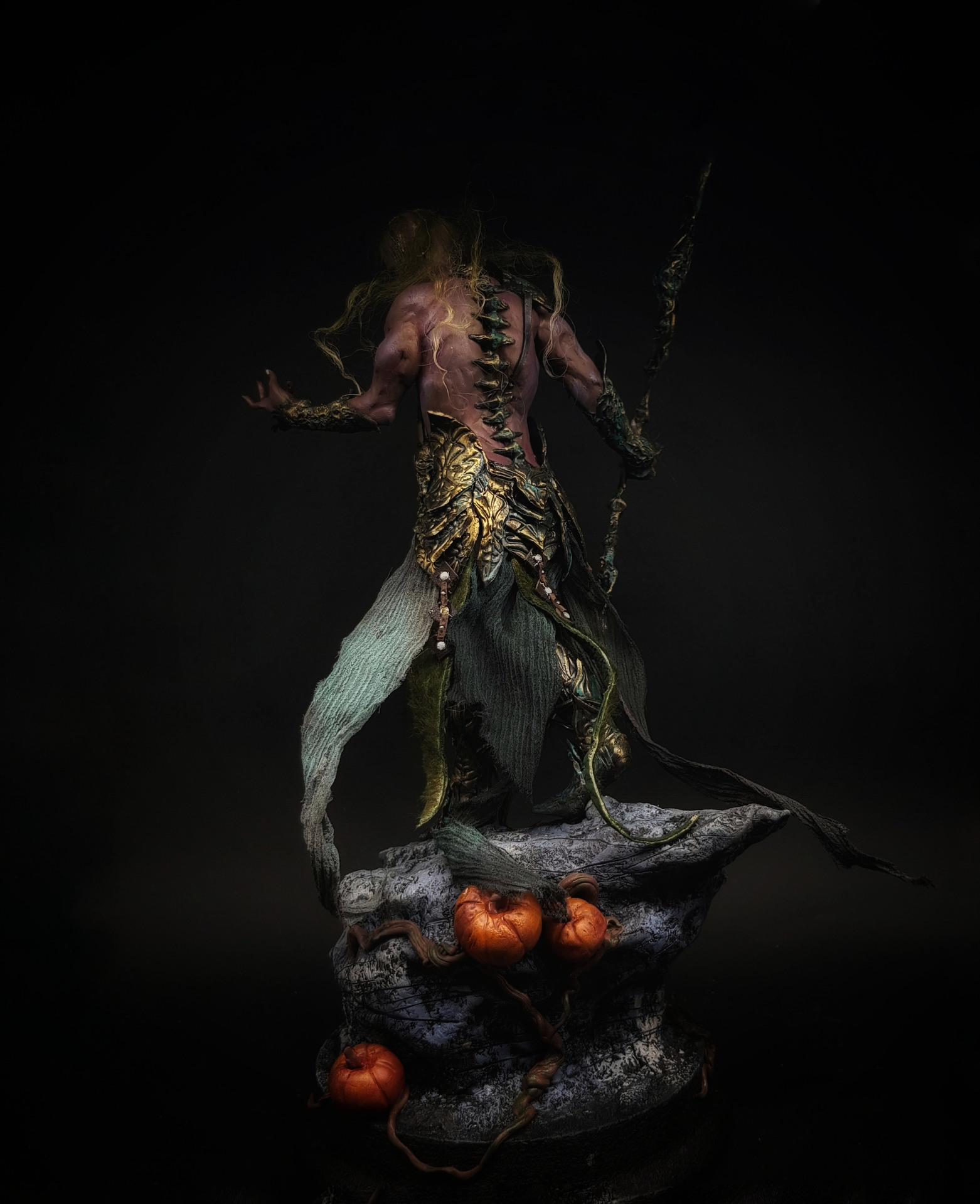 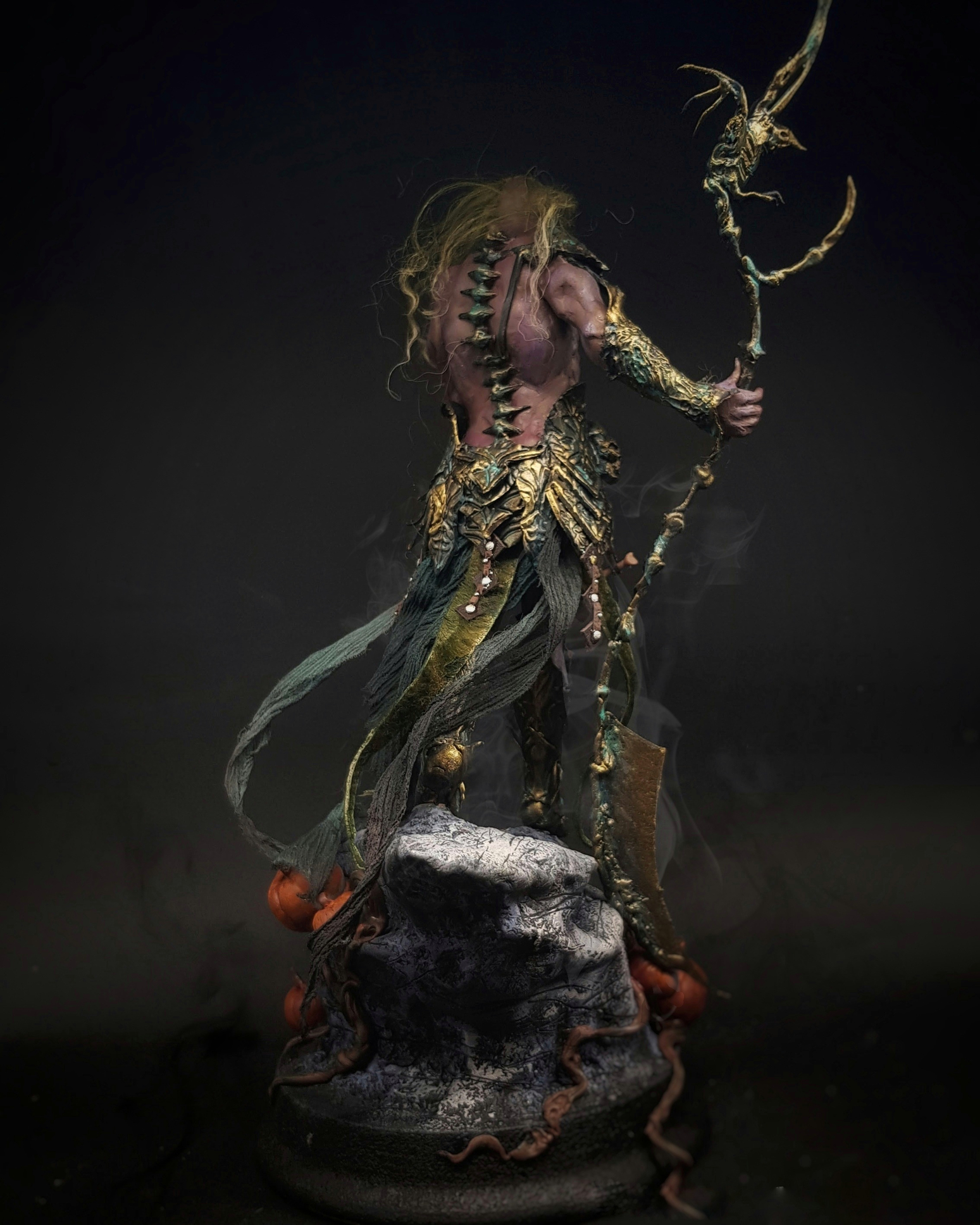 (Sorry I am a foreigner, I had to translate in English)
This is the story of Krent the pumpkin reaper, told by himself.

Magic ... The air is imbued with magic ... You can feel it...
(* breathe *)
every time you inspire ... You feel it go down and flow into your stomach. The world and the laws of the universe are based on it .
But now, stranger, I'll tell you my truth:  What do you know about necromancy?
Oh ... You sure don't know much about it (laughs), but don't be afraid, I'll explain everything:
Once a year, in the mortal world there is this holiday ... (laughs) they call this a holiday (laughs). .
Well, stranger, who among mortals leaves that world on that precise day ... Becomes a pumpkin! 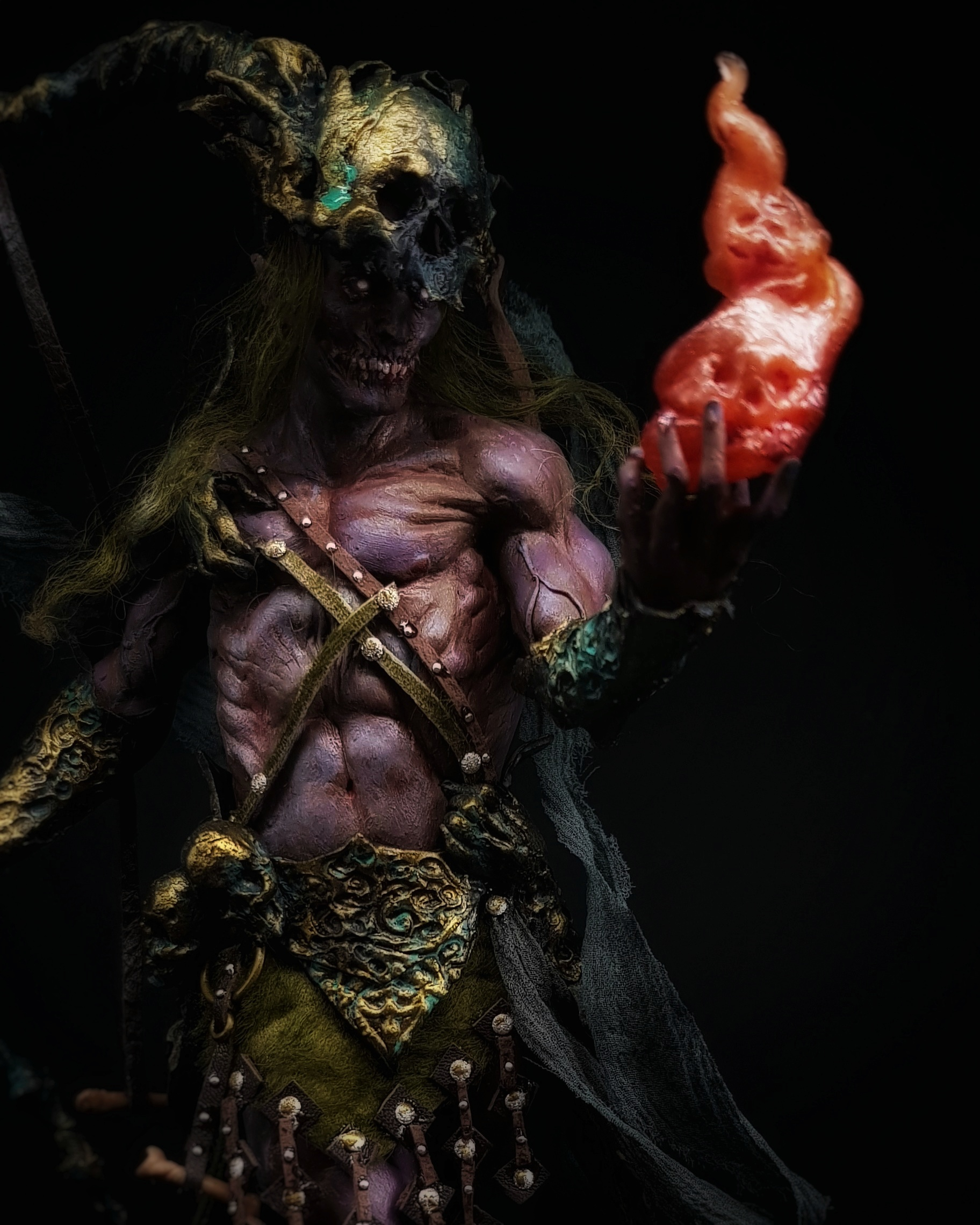 Oh, no no, don't get me wrong. His death in his world, on that very day, fuels my power in my world.
And I, because I am tied to this power and chained with its deep roots, must pledge.
I will plant a small seed in this sin-scorched land, and a sprout will grow, fueled by its essence. That sprout will become a pumpkin ... And yes! You understood it well, foreigner. I turn mortal souls into pumpkins (laughs). 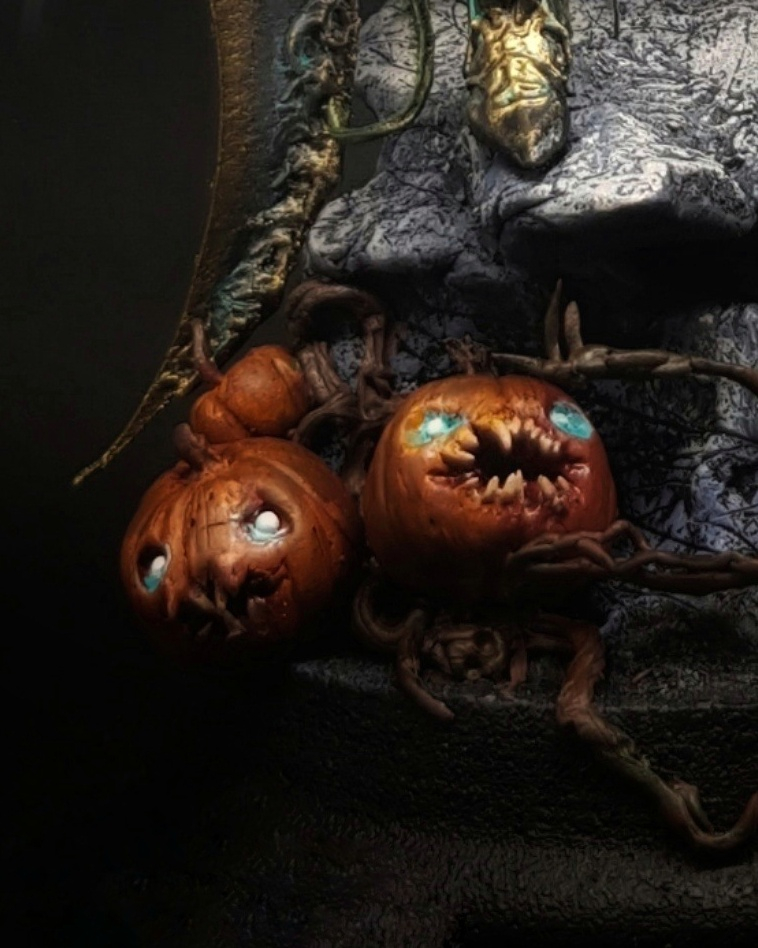 What do you think about it? Are you amazed? But you have nothing to fear, you will not become a pumpkin ... Just try not to detach yourself from your carcass on that very day ... Besides, I'm just doing my job!
You see, necromancy is a complex art of black magic, and black magic, like that of light, has a purpose, there is balance.

Especially necessary in this world, where a minimum charge of extra magic would be enough to unbalance this universe. For this, once the pumpkins reach maturity, I have to uproot them ... Ripping that gummy soul and adding it to my magical charge. Ooohhhhh ... I love that day, and plucking and cutting and skinning pumpkins is my favorite activity (laughs) 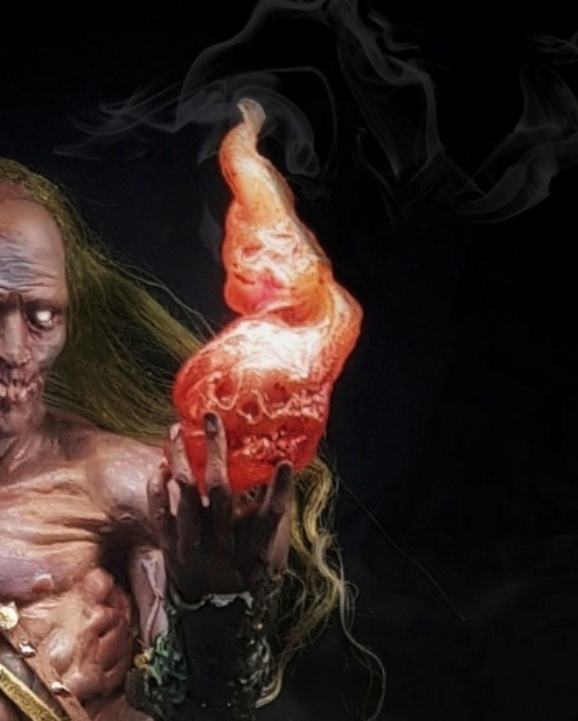 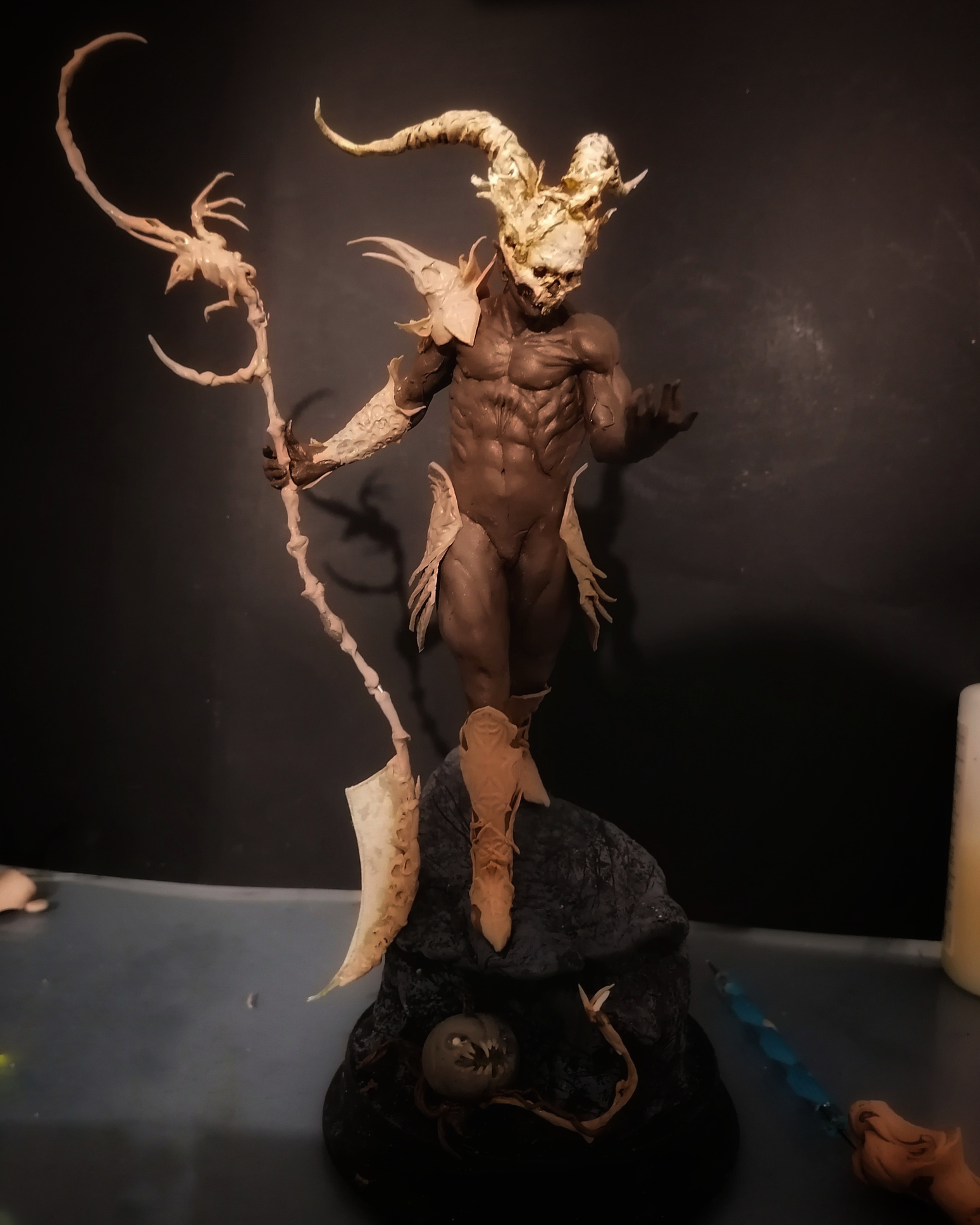 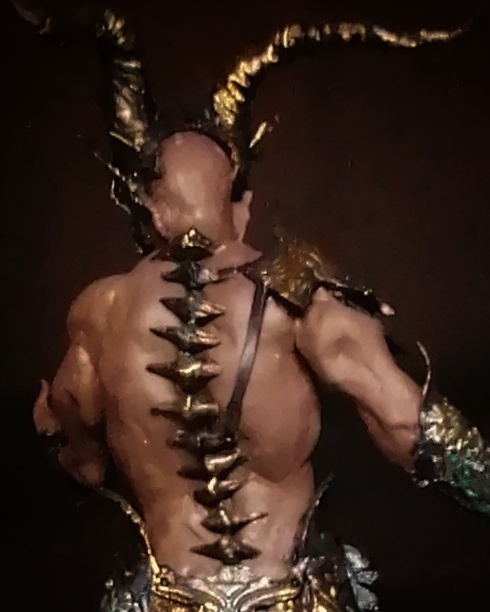 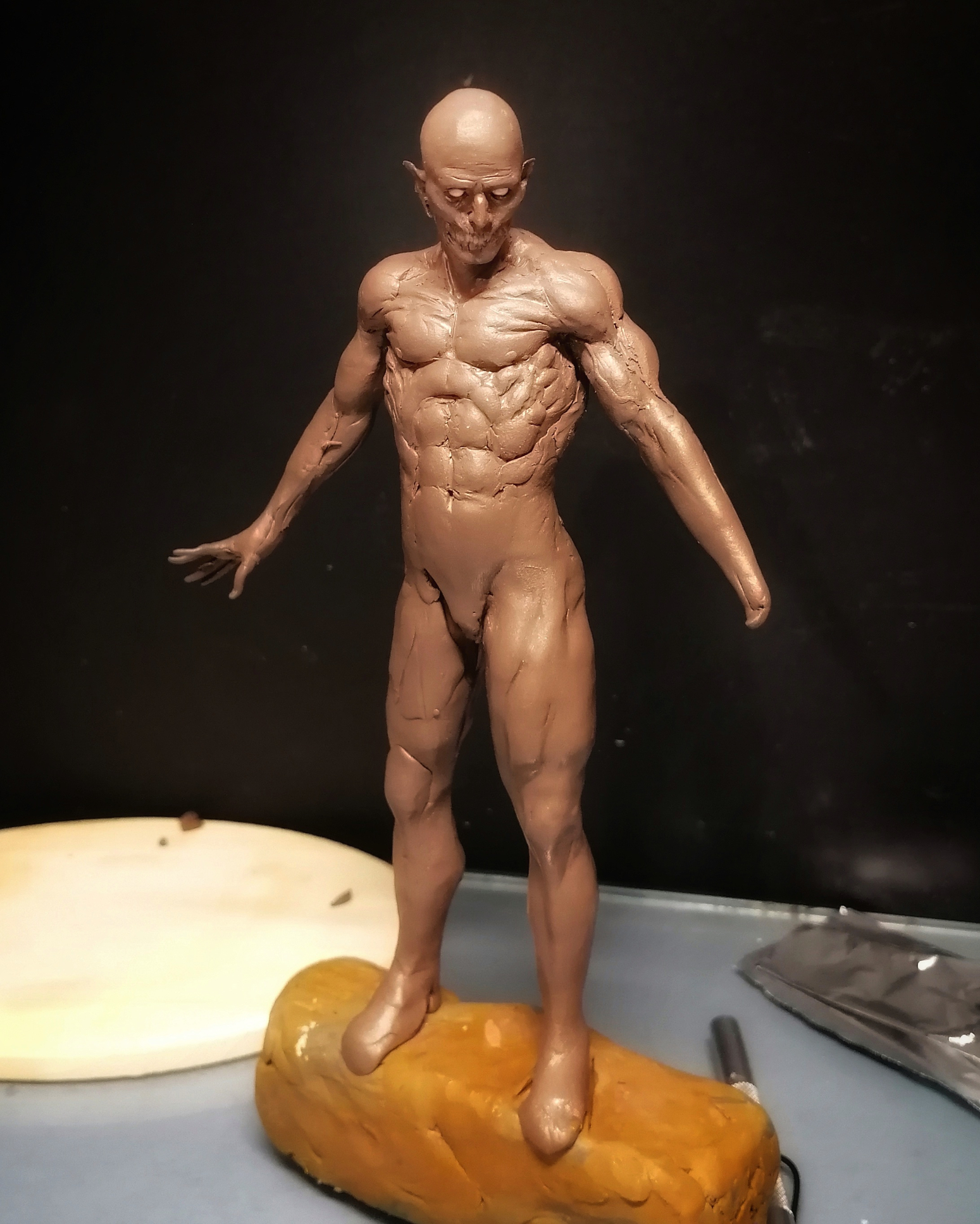 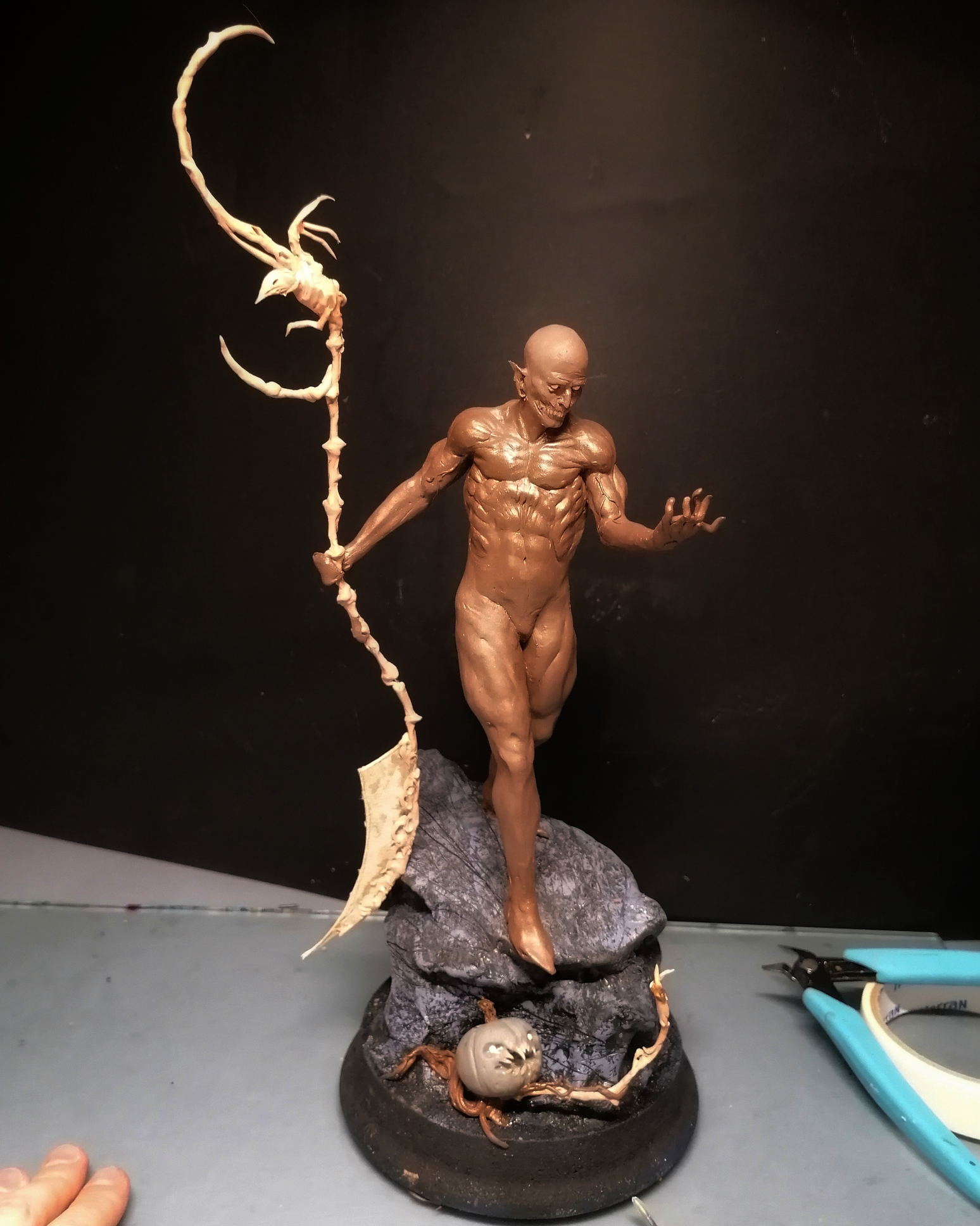 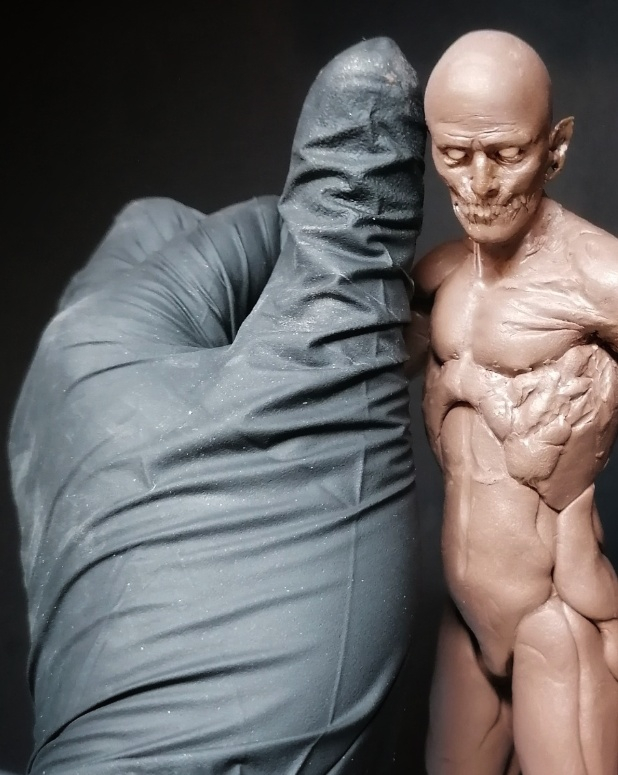 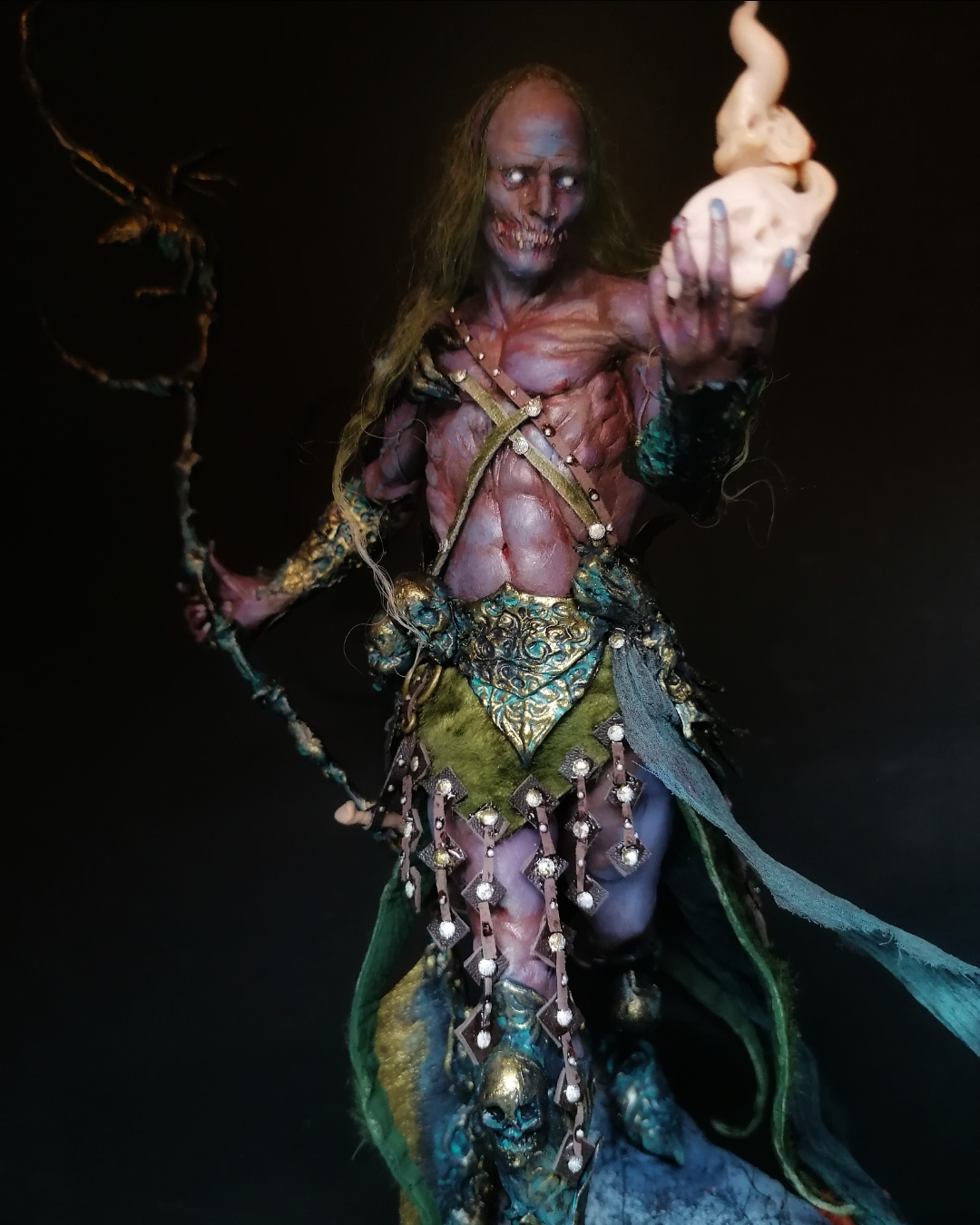 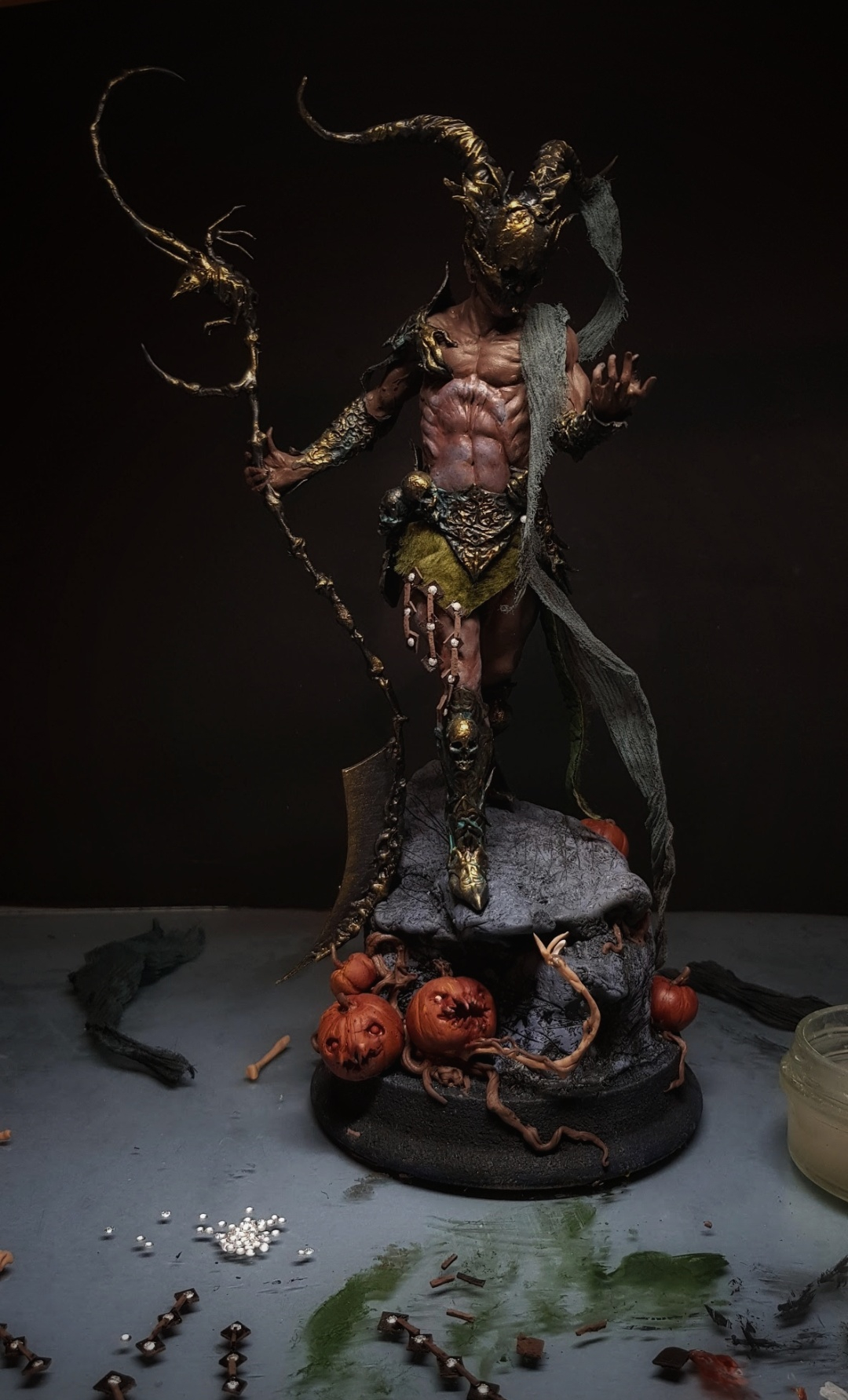 Thank you for watching and reading.