Ghoulie Toilet ✭
February 2021 in Makeup Effects
After reading this interview with the special effects genius behind Lucio Fulci's Zombie, I've learned that he applied clay directly to the actors and sculpted it there. What I was wondering is, what type of clay would be best suited for this?

Here's the segment of the interview:
"And is it true you did not have many people to play the zombies, despite the fact the film looks as if it is swarming with them?
Giannetto De Rossi: Yes, that is very true! And the thing is, if you have to create ten zombies per day, you need to get ten actors and you need to take individual, specific moulds of their faces and then you create prosthetics with the material of your choice. But they weren’t going to give me ten people for the whole period because this was just a low-budget production. Instead, they would just pick who they could get for that day of filming out in the Caribbean. So, I had this idea of using red clay and created the make-up effects on the spot. I would get a gentleman, sit him in front of me and deform everything, his nose, ears, his whole face. Poor things… these extras would go around like this all day and then in the evening they would need to take a 45-minute shower to get it all off again!" 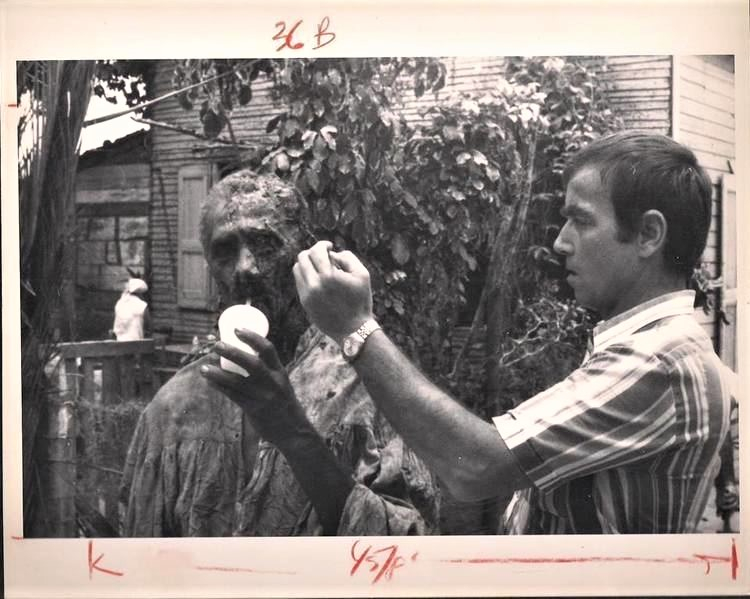