7 headed demon air neck puppet - what do you think?

I’m making a creature for an indie film shooting in mid February. I’m trying to use plastic bag monster technology for some of the movements, and I want to know what you think! The creature’s inspired by this illustration of The Beast from Revelations in the Bible: 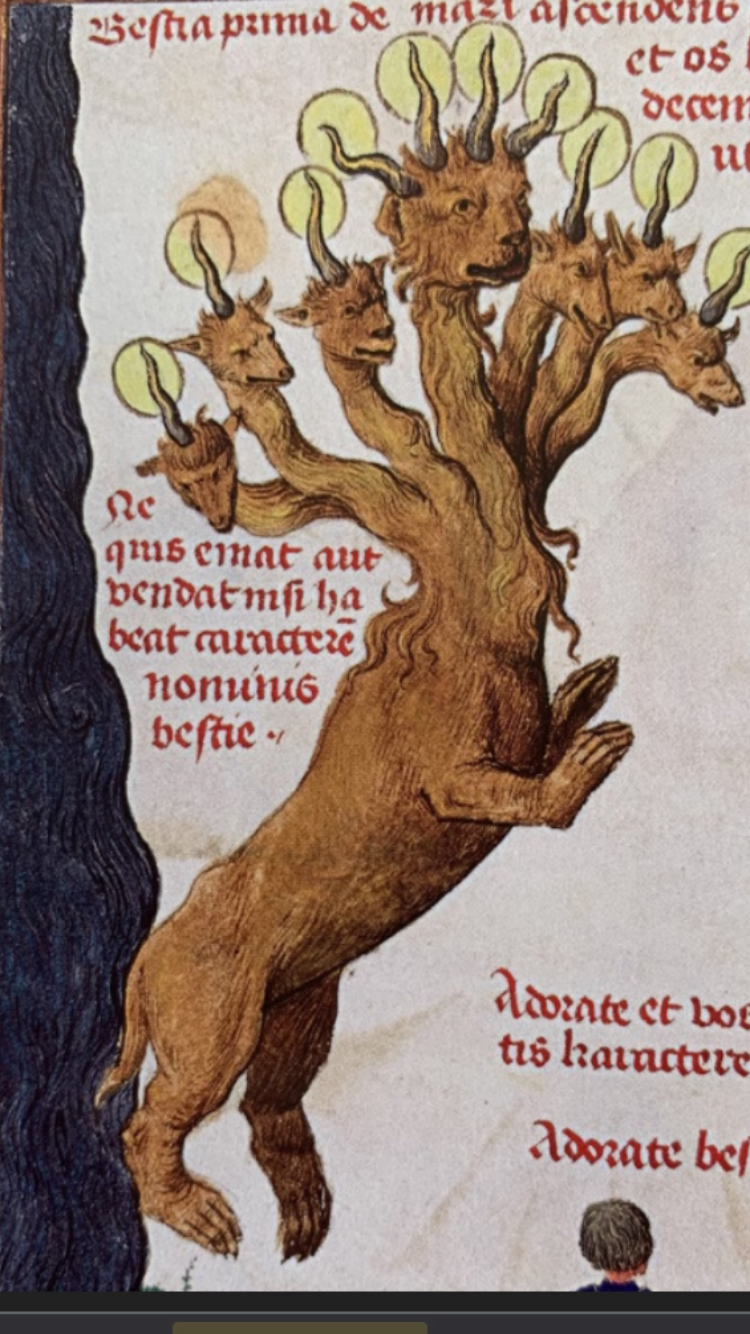 We're inspired by the strangeness and simplicity of this illustration. After sculpting a few maquettes, this is the concept I landed on with the director: 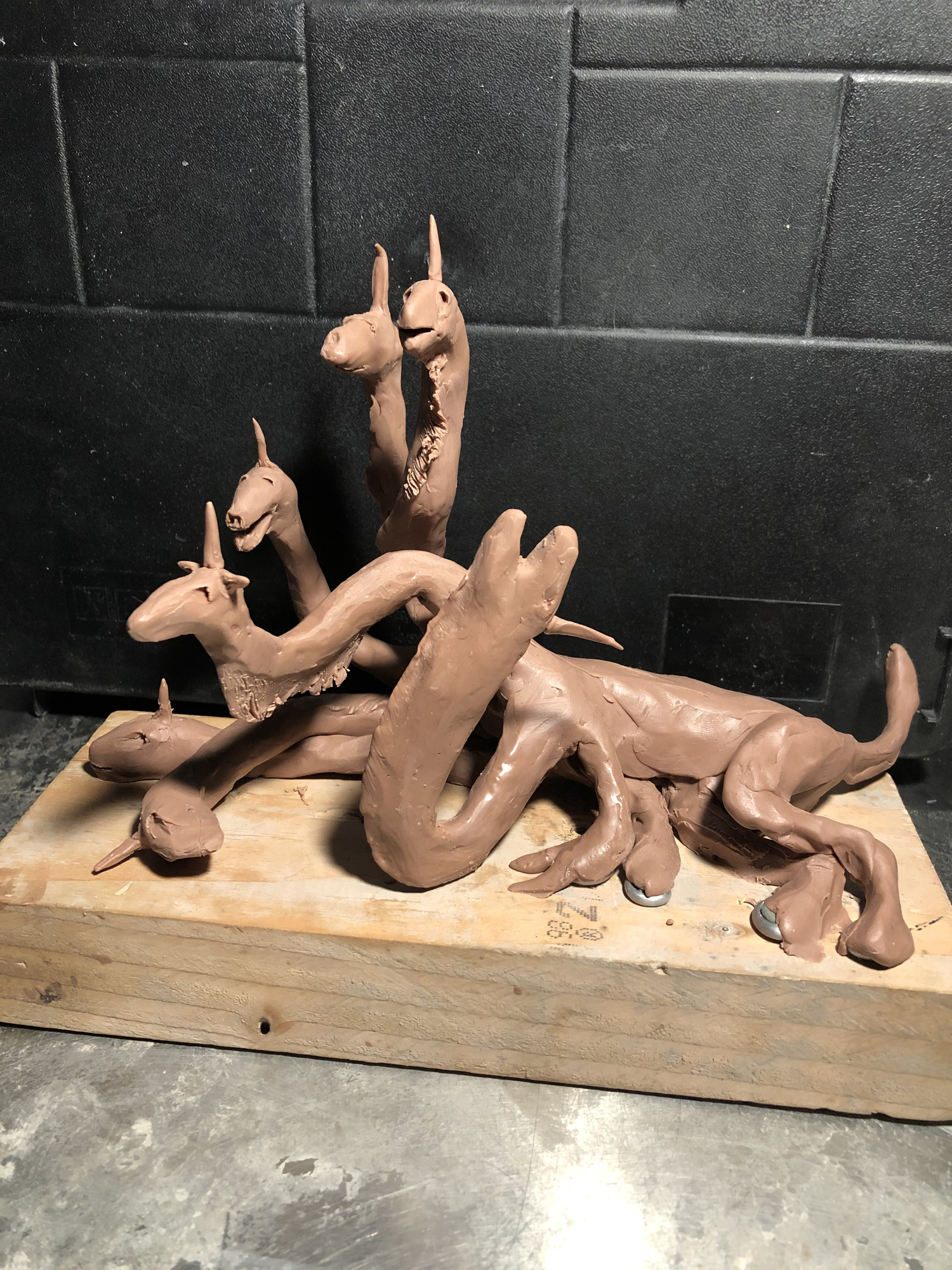 It appears as a vision in a nightmare. We see a few flashes of it, first lurking with its heads down low, and in the climax, we want to see it lift some/all of its heads up, struggle to stand but be unable to, and then roar at the protagonist JAMES. It's something ancient, that should be too cursed to live, but has a demented fire of will inside it.

I decided to make a rod puppet, using a different rod to control each of the 7 heads. I am making a suit for the body so that a puppeteer can be inside the body to make it try to stand up.

Inspired by my build from the Bill Bryan and Steve Johnson tutorial on plastic bag monsters, I did a small test to see if I could use air and plastic to animate the necks, while using a rod to control the head:

I like the energy of the movement - it’s kind of frantic and angry. The Beast is supposed to be weak but also angry - something that’s too cursed to live, but is driven by a demented inner will. I don’t really like when the neck kinks when I bend it, though there's something a little demented about them.

I did a full scale test of the air neck idea - I made a “Chest piece” out of foam and plywood, and made 7 plastic necks and attached them to the chest piece, all at the size that the finished puppet will be. I think this method works best for a neck that has a couple curves built into it - it preserves the curves, and I can move it a fair amount without kinking - it looks like the neck has muscles to make and hold these complex shapes. If I just had an empty neck attached to a head that I was moving with a rod, the neck would be flexible but would also just droop and follow the head - I’m thinking the air makes the whole thing look more alive. I'm also thinking I could get a cool affect by having the power on the vacuum off at first, and then turning it on, to add more power to the beast - maybe it's going from asleep to awake, or from awake to angry. Here's some video:

the beast waking up

But is there a better way to animate these necks? Where I could get more movement without them kinking when they bend? I could add a rod to the middle of the neck to add more articulation…

I could make cable controlled tentacles for the necks, but this is an indie movie and I don’t think I have the time or the budget for all of that mechanical fabrication, especially for 7 necks. I’m already trying to put some mechanics in at least one of the heads for a hero shot of the beast roaring. My plan is to make heads with fiberglass underskulls, silicone skins, and a couple mechanical components in some of them. I’m thinking I could make the necks with plastic bags as the base, then add fur on top using a fur transfer a la Deborah Galvez’s tutorial. I know the fur will add weight that I will have to contend with. I can get a lot more power with a fan I have for an air dancer. I’m also thinking about sculpting a neck and casting a thin neck skin in latex, and doing the fur transfer to that, and then slipping this “sleeve” over the plastic bag. And I’ll attach heads to the tops of the necks - so the air is just running through the necks, not the heads.

Thank you for reading!