Classic Frankenstein and Creature...with a twist

Shane Stover ✭
November 2020 in 2020 Halloween Costume Contest
My favorite of the Classic Universal monsters has always been the creature from the black lagoon.  He was my Dad's favorite, and now he is my 4 year old son's favorite.  I introduced my son to the original movie a few months back, and he completely loved it.  When we asked him what he wanted to be for Halloween, the creature had to be it.  So I had to deliver.  My son was adamant that it be the black and white version.  I wanted to do my own take on the character, but we kept the classic black and white coloring.  I think the Creature from "The Monster Squad" is one of the best creature suits ever made, so I took some inspiration from that, as well as the original, and put in a little bit more piranha. I digitally sculpted his mask around a 3d scan of his head and then 3d printed the final piece.  For the rest of his body, I dressed him up in a leotard and drew out the patterns for the suit.  I then traditionally sculpted the body based on those patterns, including webbed hands and feet.  The finished sculpts were then molded and cast in silicone.  I chose Frankenstein for myself.  I always thought it would be cool to see a dissection of Frankenstein, so I did a half Boris Karloff and a half ecorche Frank.  This was cast in silicone as well, and painted using many of the techniques shown at the Stan Winston school.  Me and my son had a blast making these.  We both learned a lot, and I am incredibly proud to be sharing my love of monsters and art with him.  Just like my dad, and myself, my son is truly a monster kid in the making. 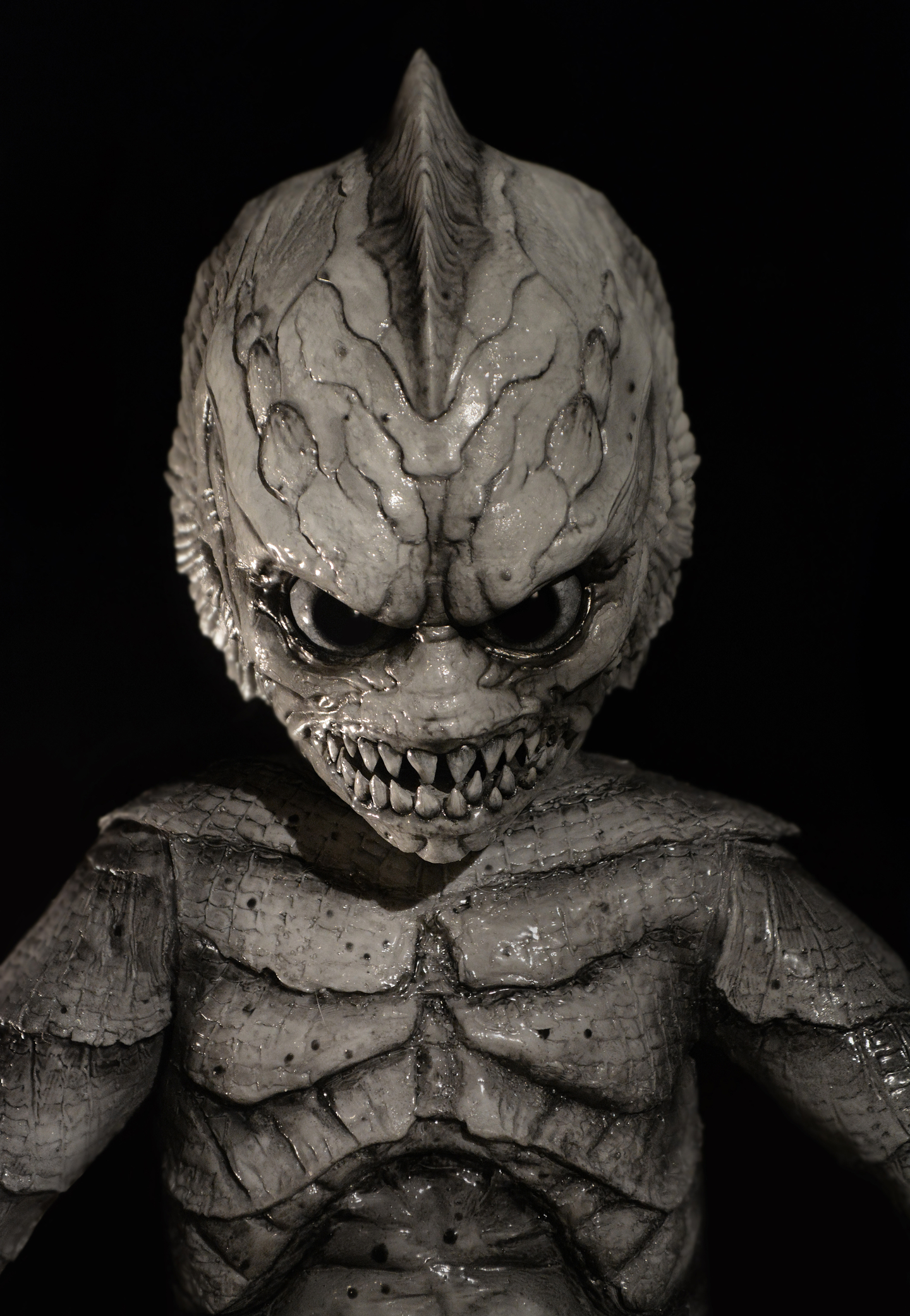 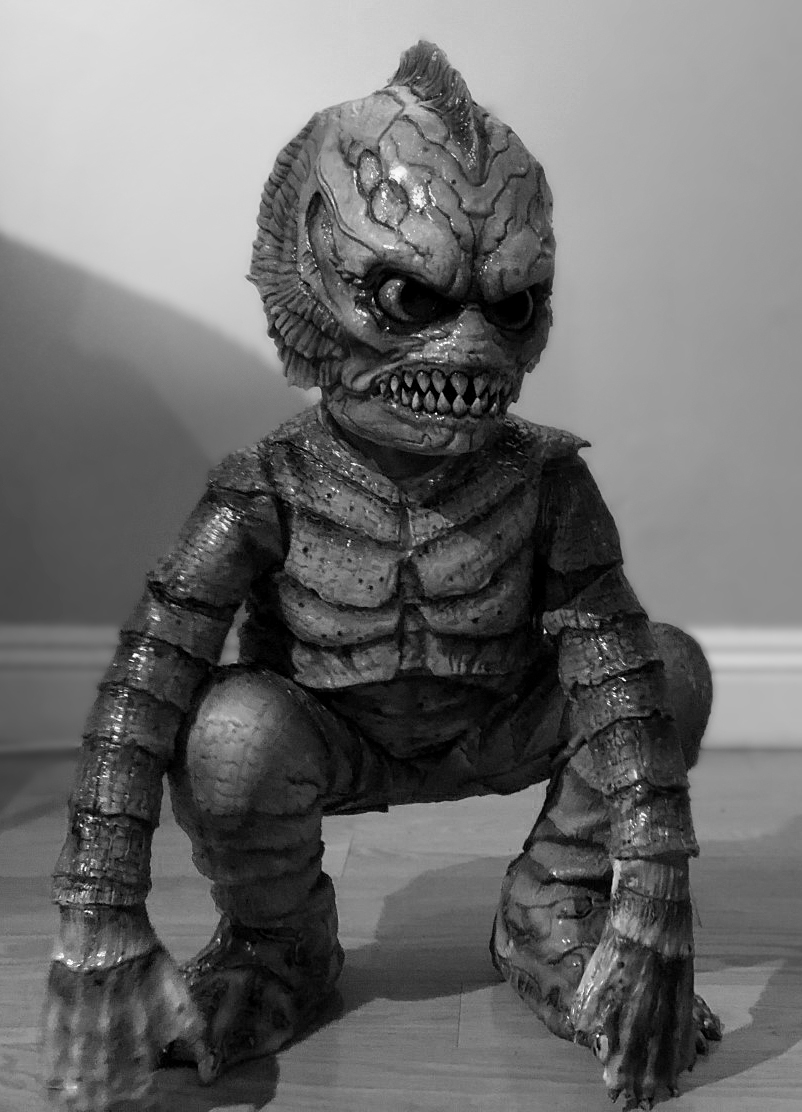 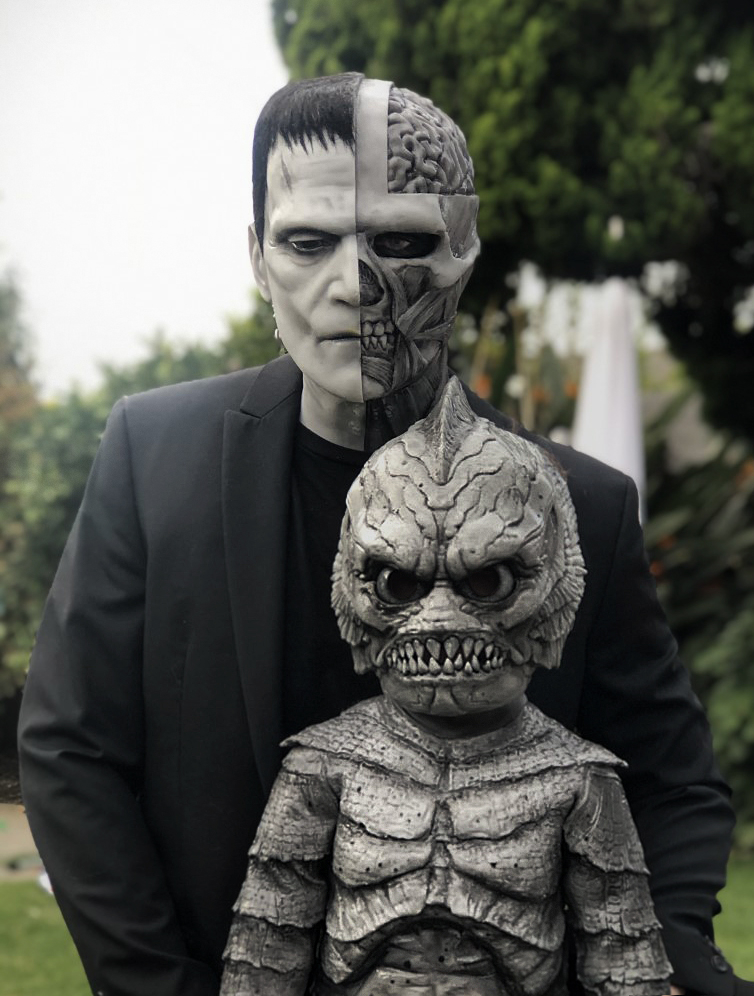 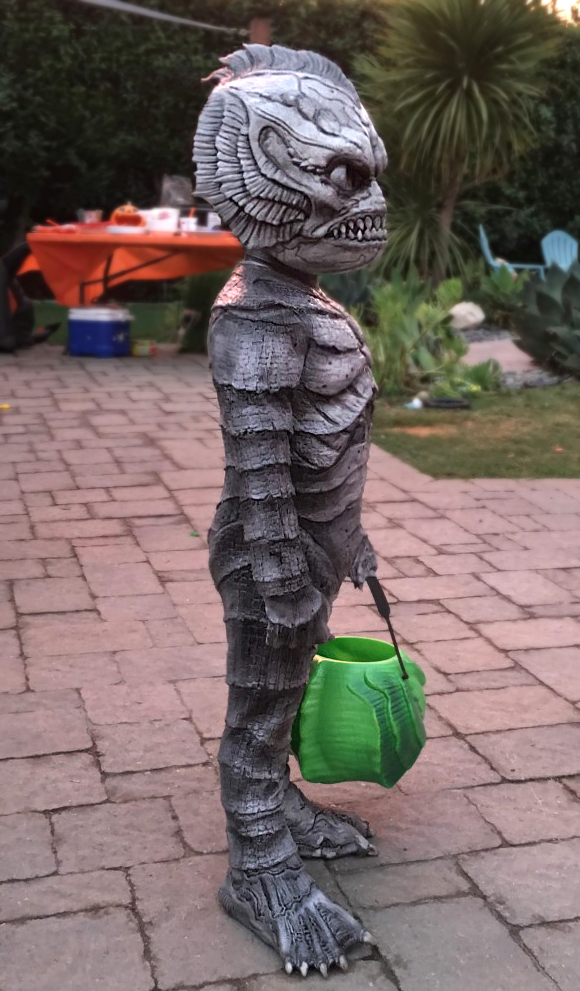 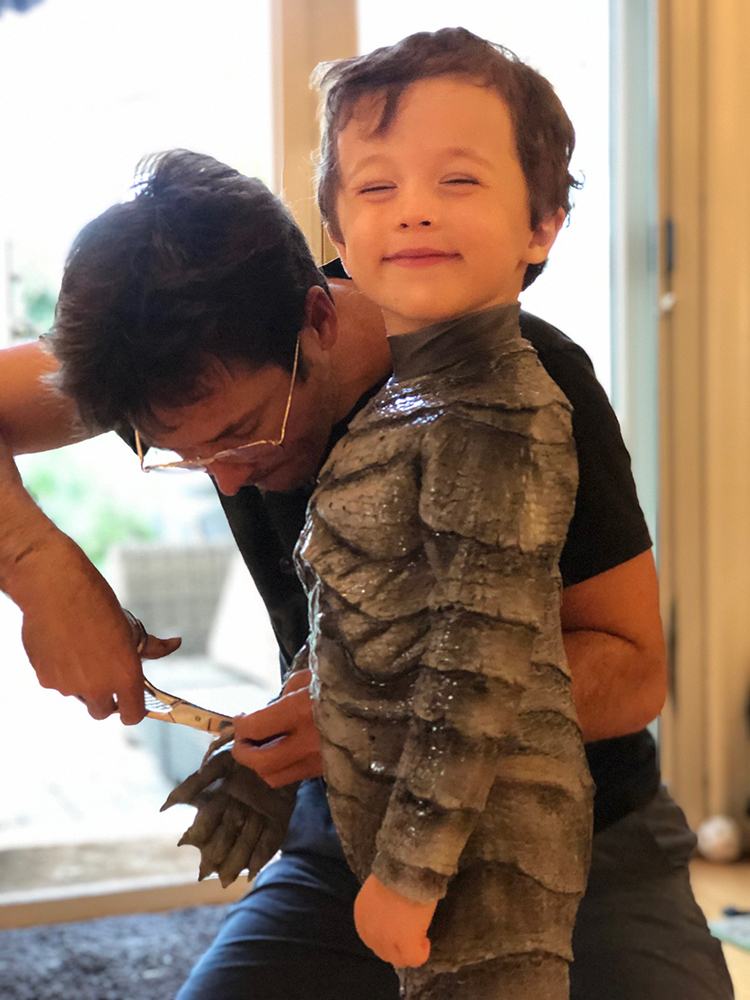 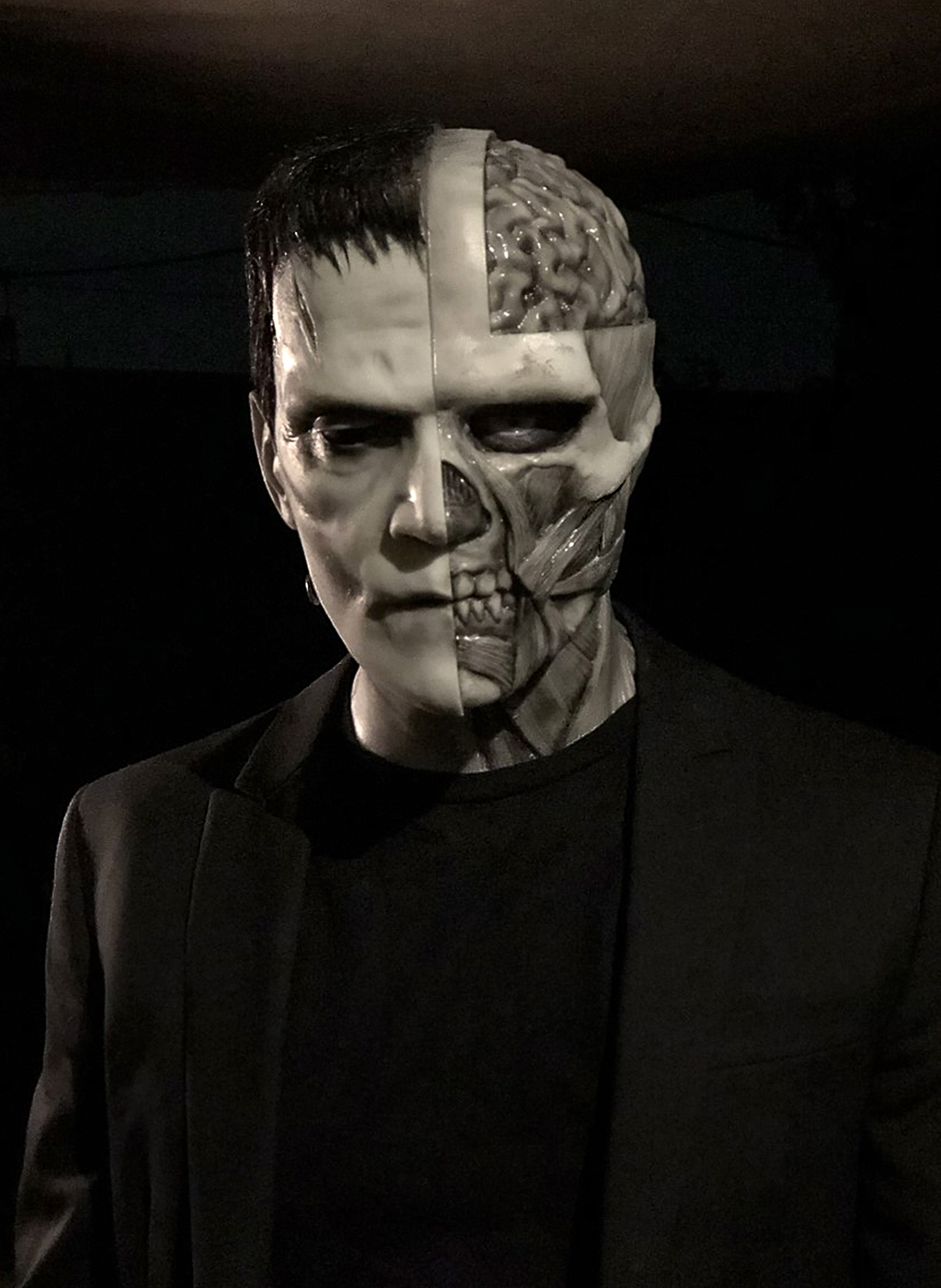 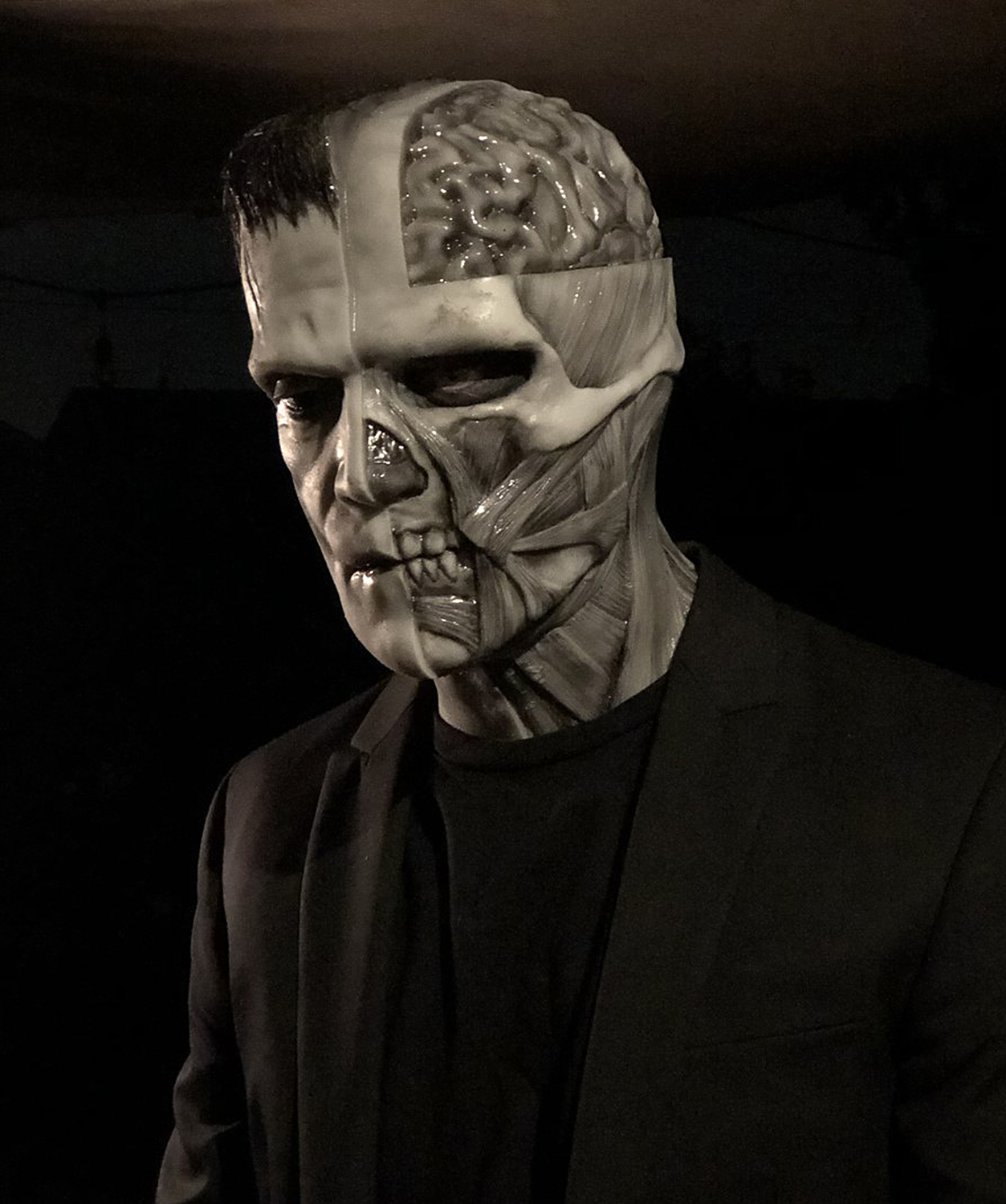 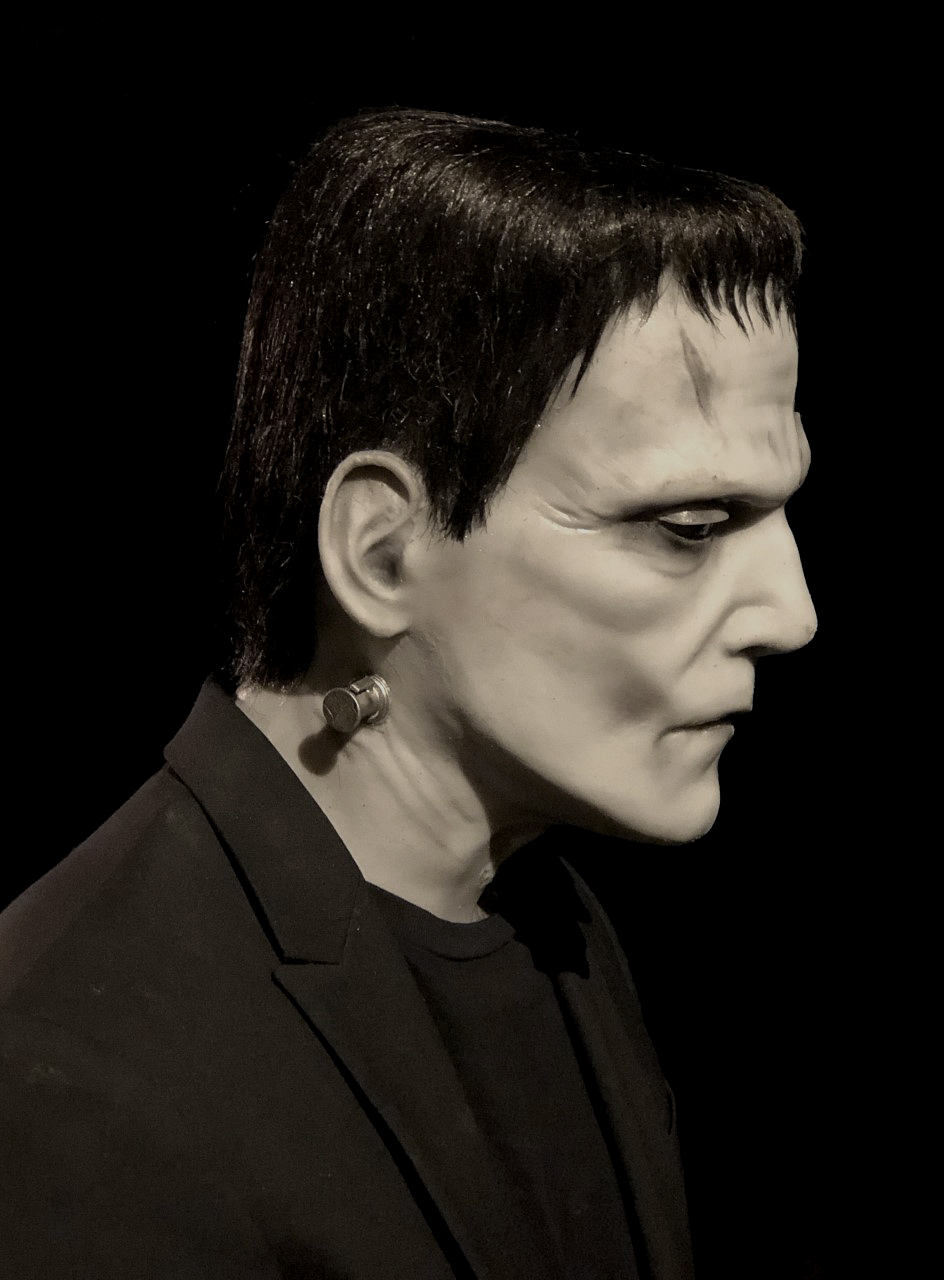 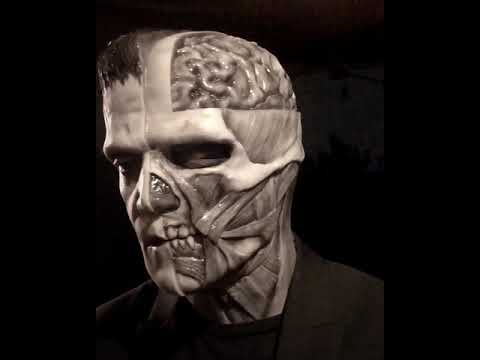