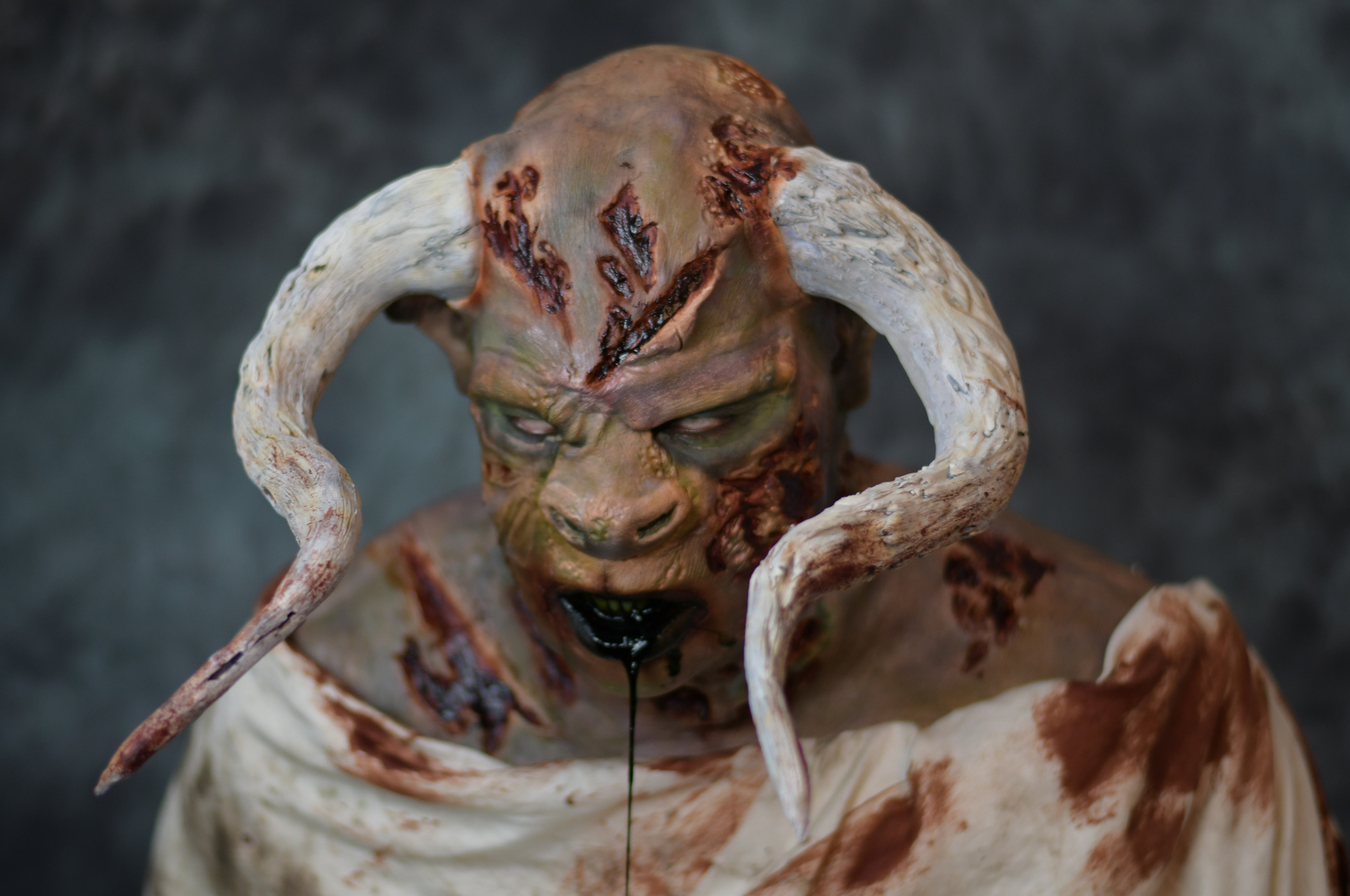 The Minotaur from birth had only known suffering and pain. The moment it was born it was cast away into the labyrinth by it’s jealous and unforgiving master. Growing among the cold and darkness of the stone pillars and endless passage ways. The whispers of it capture threatening and hideous words feeding the beast's hatred.

The time had come for the beast to show it’s fury, to rip another to pieces and watch as their life drained from their eyes, their very soul pulled into the darkness of the stone maze. When Theseus and his partner Ariadne, daughter of it’s master, walked into the labyrinth they had no idea the challenge ahead. Taking down the beast was no easy feat and as the final blow struck, the minotaur was sent down to the darkness where it’s masters truly believed it belonged.

The necromancer Hecate had seen the beautiful beasts downfall and saw an opportunity to raise chaos throughout the west. So using her dark magic she raised the minotaur from its afterlife to cross paths with the warrior Theseus once more.