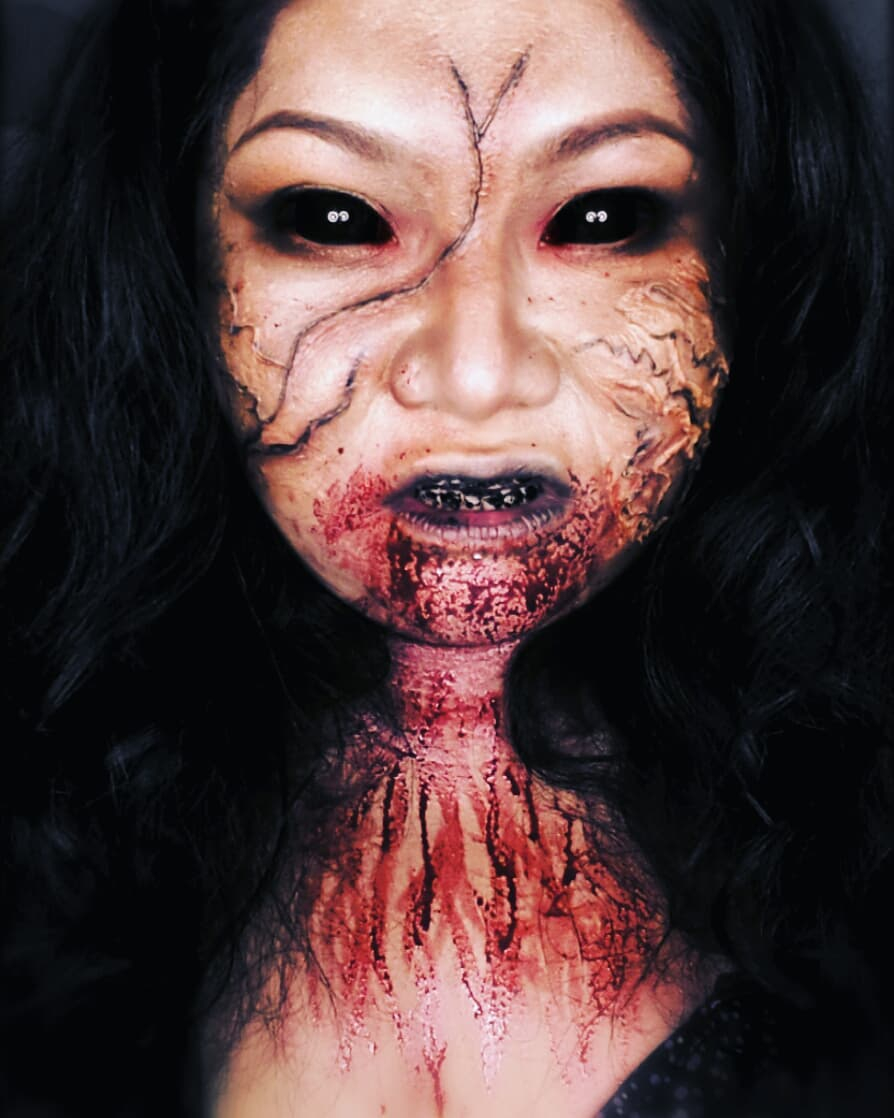 Pontianak Mati Beranak, translated from Malay - Female Vampire who died at childbirth, is a ghost from South-East Asia, that is believed to be vengeful spirits. When a screeching and cackling laughter is heard in the middle ot the night, the Pontianak is said to be near if the sound of the laughter is soft and distant or far away if the sound of the laughter is loud and close by. The pontianak fancies pregnant women and will terrorise them by using her long fingernails, to scratch on the zinc roofs or doors and windows. It is believed that she will try to steal the unborn fetus to take as her own, rendering the pregnant women's womb to suddenly be empty, even though they should have been almost giving birth. The Pontianak is always depicted as a beautiful woman wearing white long dress with long hair, that will suddenly turn into an ugly rotting face with black eyes, long unkempt hair, bloodied and rotting mouth and long razor nails. She is known to fly around like a large white sheet or huge goose.

I ran out of Liquid Latex so, I had to use PVA White Glue and tissue papers, to make the protruding and rotting veins. Painted the teeth with black tooth paint and added dark blood that ran down the neck.
1
Sign In or Register to comment.