Ben Gojer ✭✭
June 2020 in Makeup Effects
Hello all! I'm developing a way to have blood vessels inside a silicone appliance for a character in my movie All Jacked Up And Full Of Worms. I'm curious if anyone can point me to other examples of this kind of effect in movies? Blood flowing through blood vessels, just under the surface of an appliance, where you can see the blood flow under the "skin"? Like maybe there's a tried and true method for this I could follow?

I have another post about a swelling silicone appliance that gets filled with a solution of water and worms (worms made from gelatin and food coloring). I would like to add this blood vessel feature to the same appliance, so that you see someone whose face is swelling, and then on top of that blood flows through their face. And I think it would be psycho cool if the blood turns different colors!

For a test - I thought maybe I could use a piece of cord/string to stand in as a "core" to represent the negative space of the blood vessel. I tied a smaller thread around this cord with a bowline knot, thinking this could be a smaller blood vessel branching off the main artery/vein: 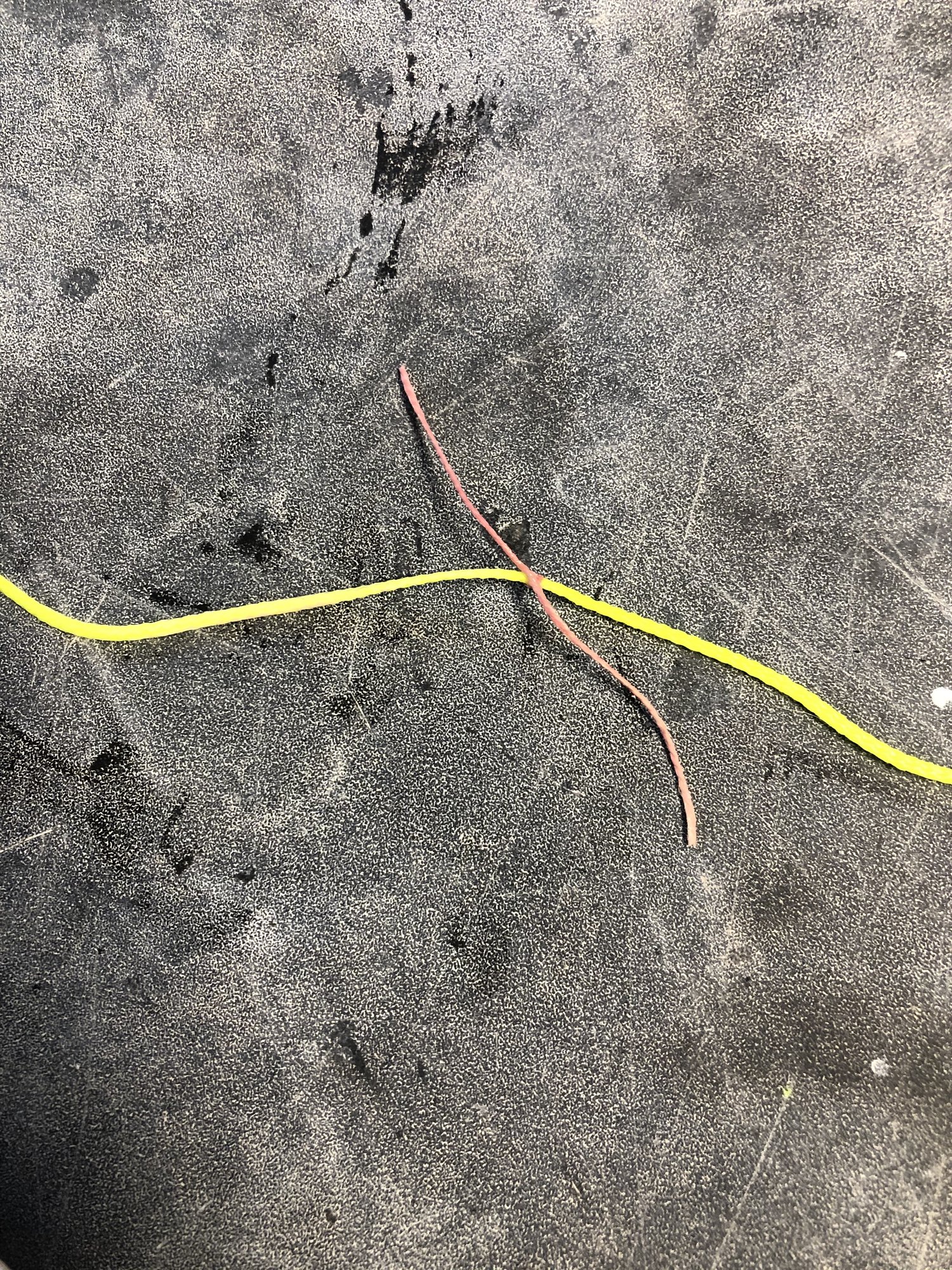 I coated this string device in vaseline. Then I painted a very thin layer of silicone (dragon skin fx pro) in an earlier test mold and let it cure. I had tinted this with flocking and some silc pig. After it cured, I laid the string "blood vessel core" on top of the cured silicone and then painted on a thicker layer of silicone, burying the "string core" inside the fleshy silicone. 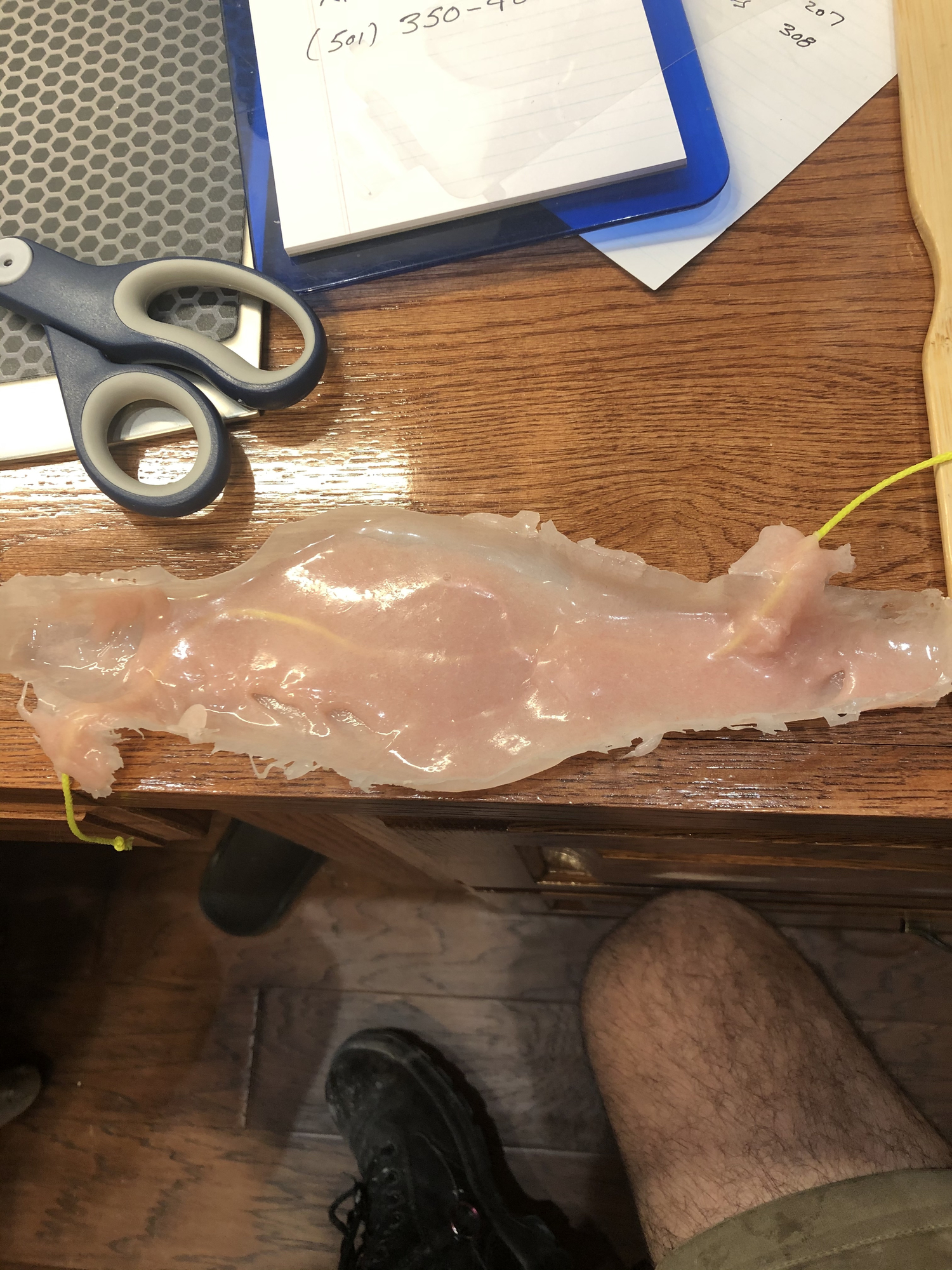 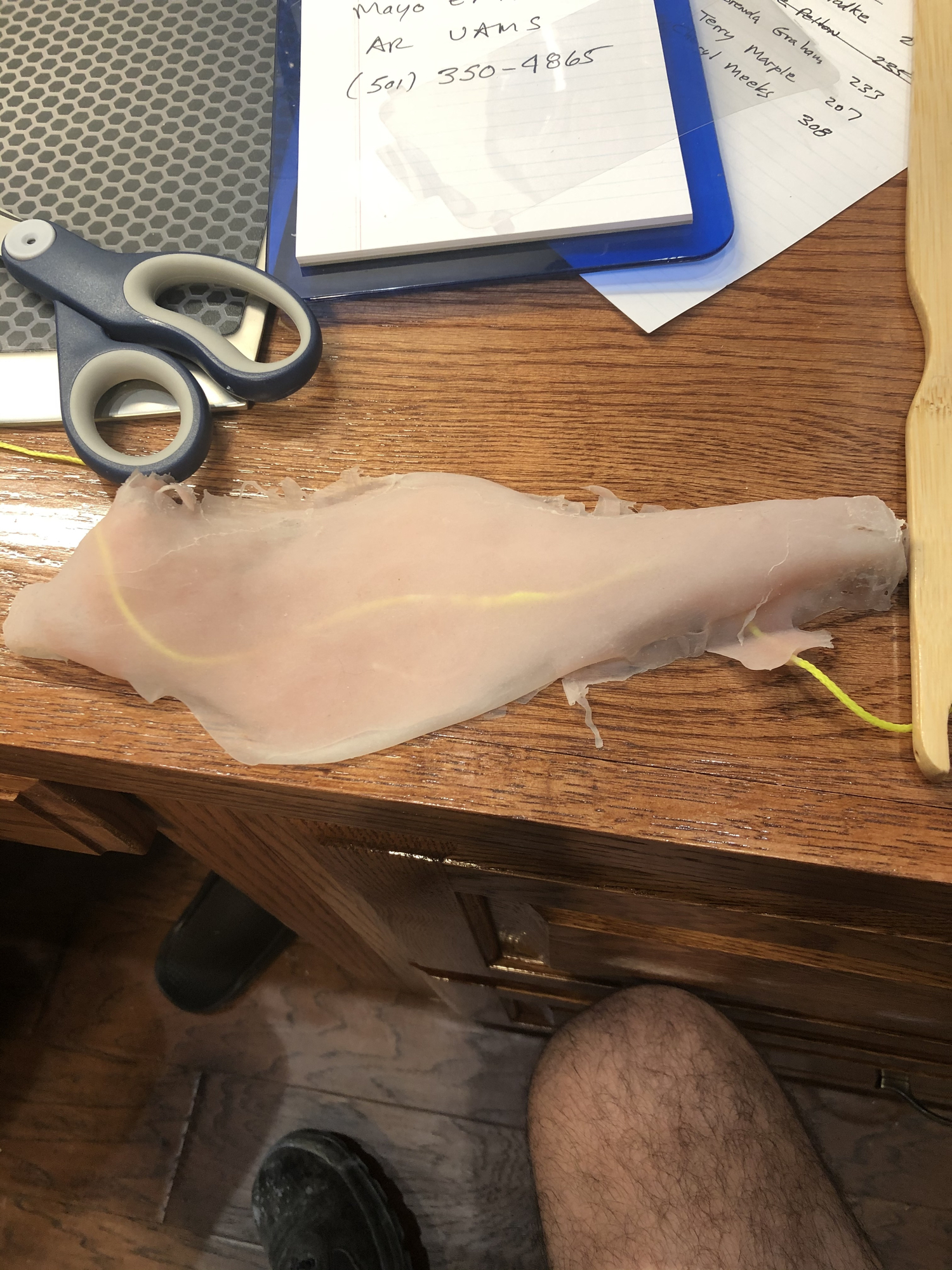 After it cured, I massaged and stretched the silicone flesh to get the interior "string core" to release from the silicone walls in which it had been entombed. Then I gave a tug on one end of the exposed string. After about 10 minutes of this massaging and tugging, I was able to pull out the string core!

Then I mixed up some "technicolor bloods." For red I used Ben Nye Stage Blood (watered down), and I had another water solution that was blue. I made two other colors (white and green) with canola oil and food coloring. I had to use a little bevy mixer that I use for mixing airbrush colors to get the food coloring to dissolve in the canola oil. My thinking was I could alternate colors between water based (red and blue) and oil based (white and green) to get them to stay separated in the syringe. This worked to an extent, but I think I could get it to be cleaner if I loaded each color one at a time, sequentially, into the feeder hose - the colors got mixed up when I had them all inside the syringe at once. Anyway check out the video! It worked! 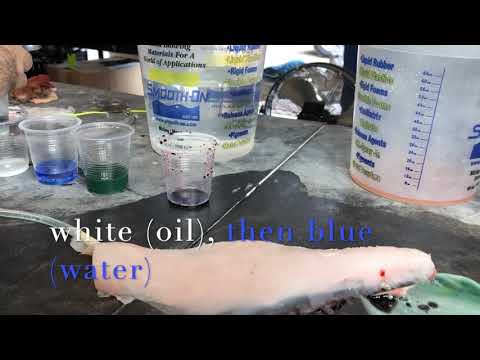 Thank you for reading and I'd love to hear any comments you may have, especially if you have thoughts on how to improve on this. Thank you!
0