I am developing some creature effects for a film I'm making with my friends. I'm working on a silicone prosthetic with an interior channel that I can pump full of a solution of water and worms to make it look like the person is full of worms and about to explode. I want to know where I can learn more about compression systems and plumbing that I can use for rigging my worm-goo pumps. Is there a course I can take? I have been using a water fire extinguisher as a compression tank and loading worms into the vinyl tube with a paint brush as a ram rod, like I'm loading a musket, before attaching the vinyl tube to the silicone appliance. I wonder - is there some kind of plumbing system I can use to add worms to my water mixture inline with the system? Like, something similar to the way a carburetor adds air into a fuel line? Like, say I want to start by having the appliance swell as water enters it, and then I want to have worms appear in the water. The only way I know how to do this is to pre-load one segment of hose with water, then a separate segment with worm-water solution, and then connect the two hoses in the order I want them to play, and then connect them to the appliance. But I have to prep those hose segments for each time we do the effect - basically I have to pre-load hoses for each take on set. Is there a better way? I have used sump pumps before, and I also have a brass ball valve, and I guess I could have a kind of side chamber that has a valve that connects it to the main water line, but I don't know how to put all of this together in an elegant way.

I have been using hose clamps to attach the vinyl tubes to my compression components and to the appliance. Are there other connections that are more like "quick release" connections that are easier to use on set than a hose clamp that I need a drill to open and close? Are there courses I can take or suppliers I can familiarize myself with specific to compression and plumbing for special effects applications, besides Home Depot and McMaster Carr?

The film is about a man who has a psychotic break at the end of a relationship and becomes addicted to eating psychoactive worms. At the end, two of his friends explode a geyser of worms out of their mouths. 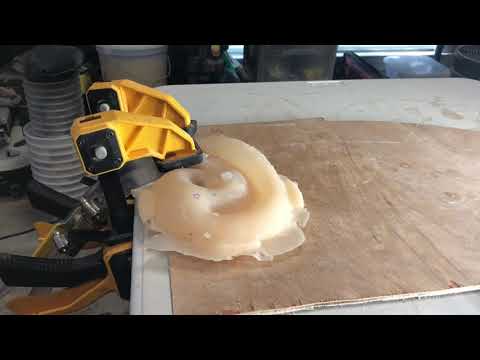 I did this proof of concept test with a small "flesh sac" and now I'm working on the appliance. I decided I'll have a channel that goes across the character's forehead and another channel going across his throat. I sculpted the channels, then made plaster molds of them and then cast the channel cores in fiberglass. Next I will clean up the fiberglass channel cores, and then sculpt the appliance on top of them. 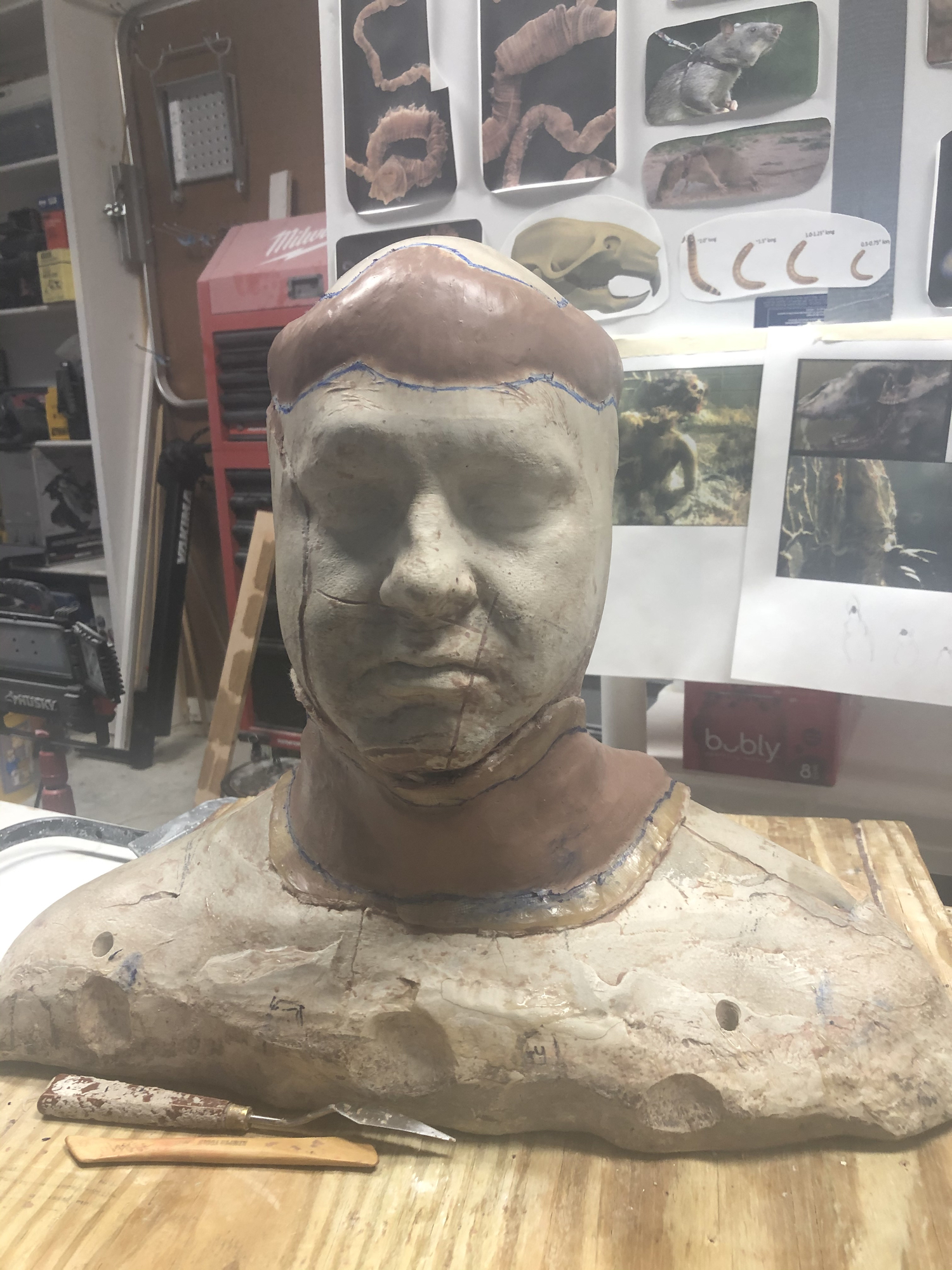 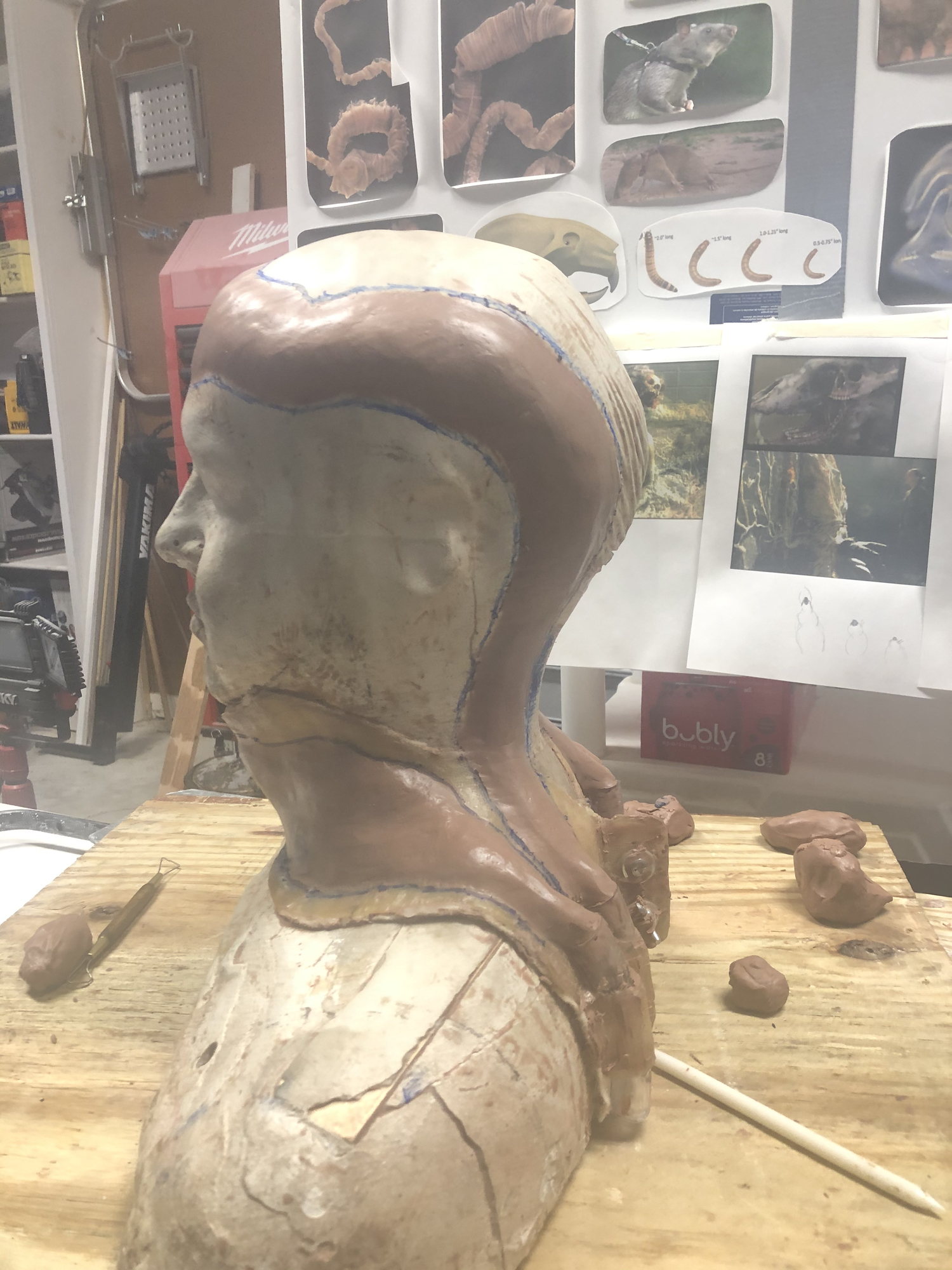 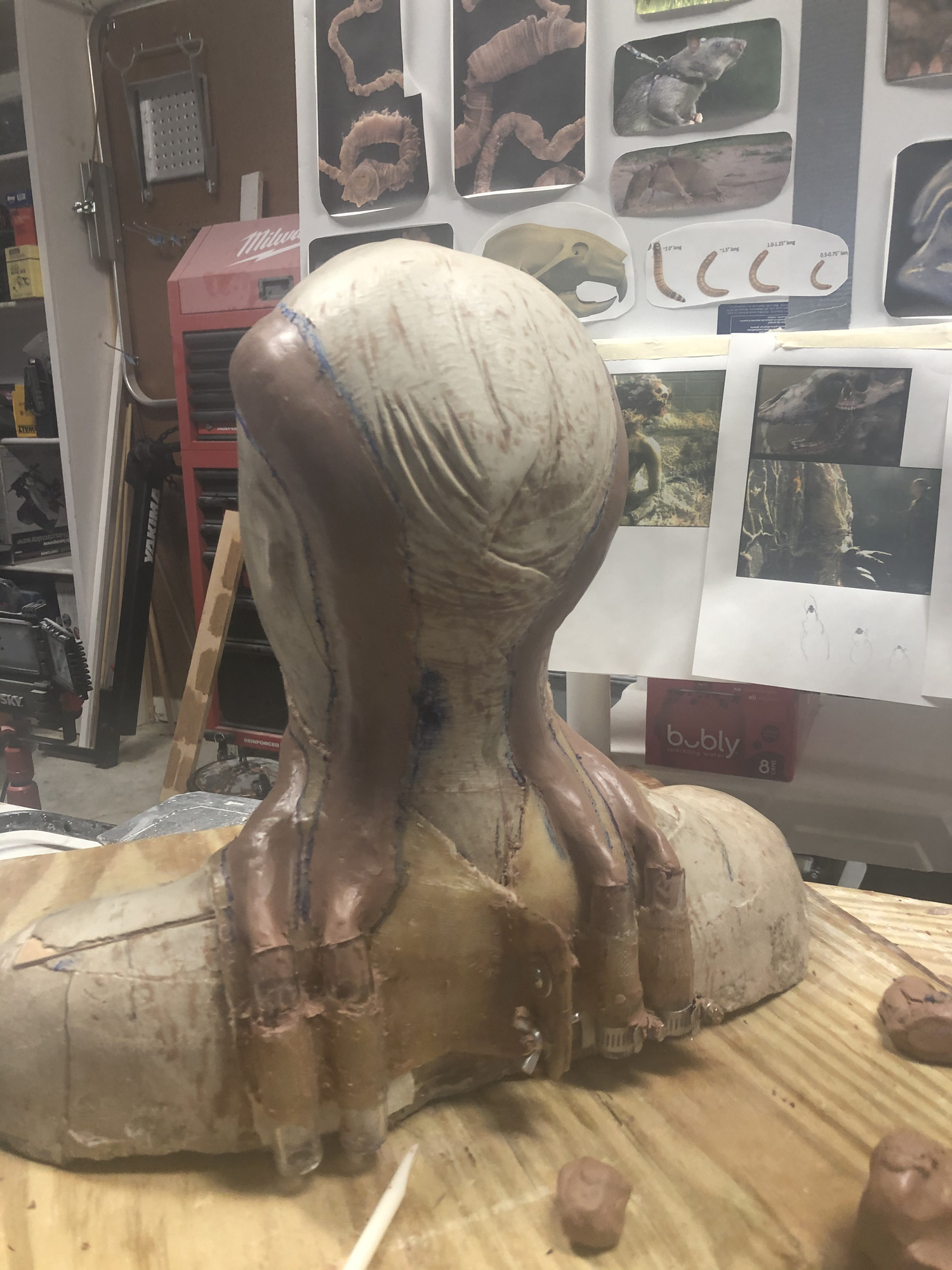 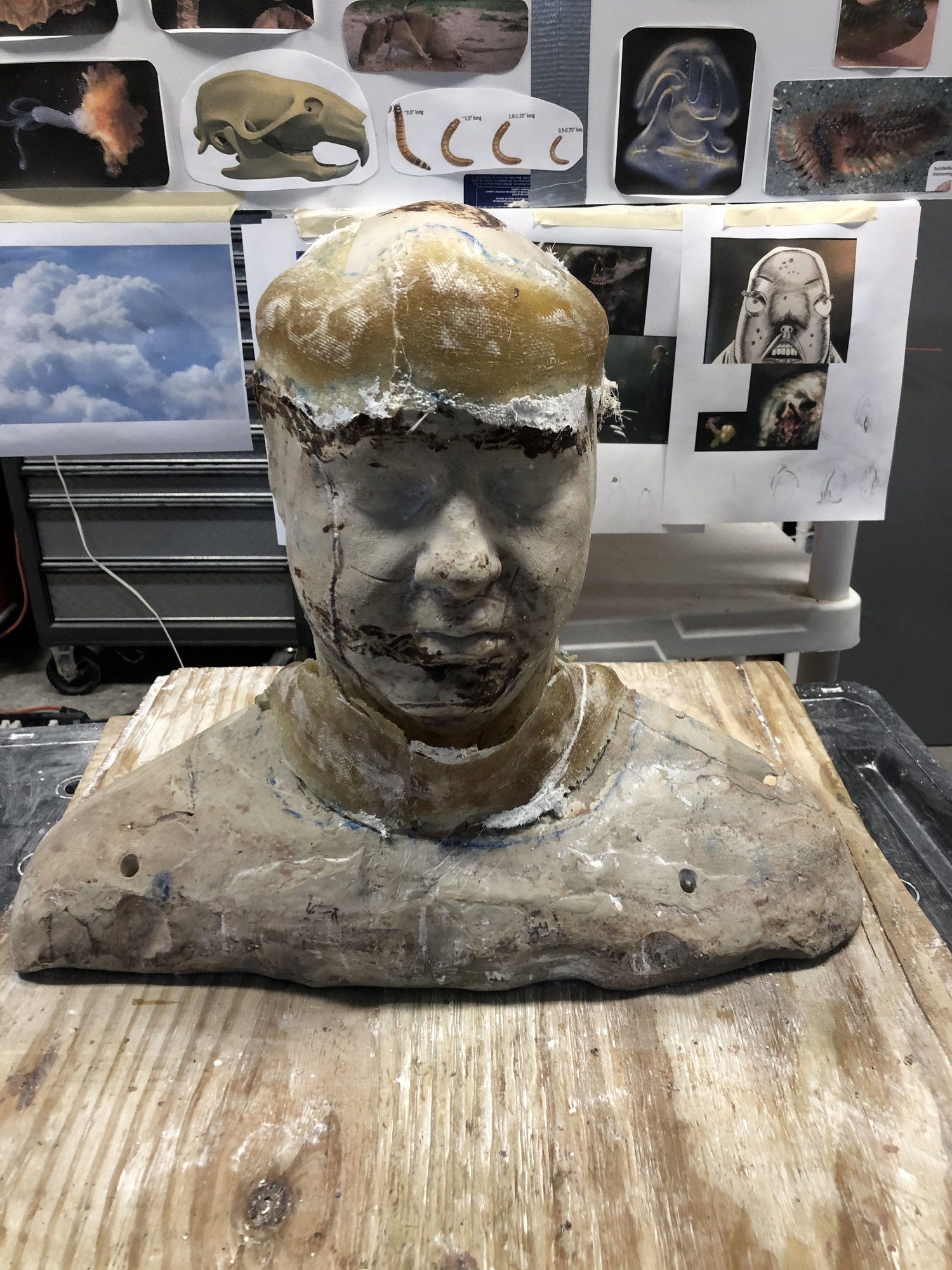 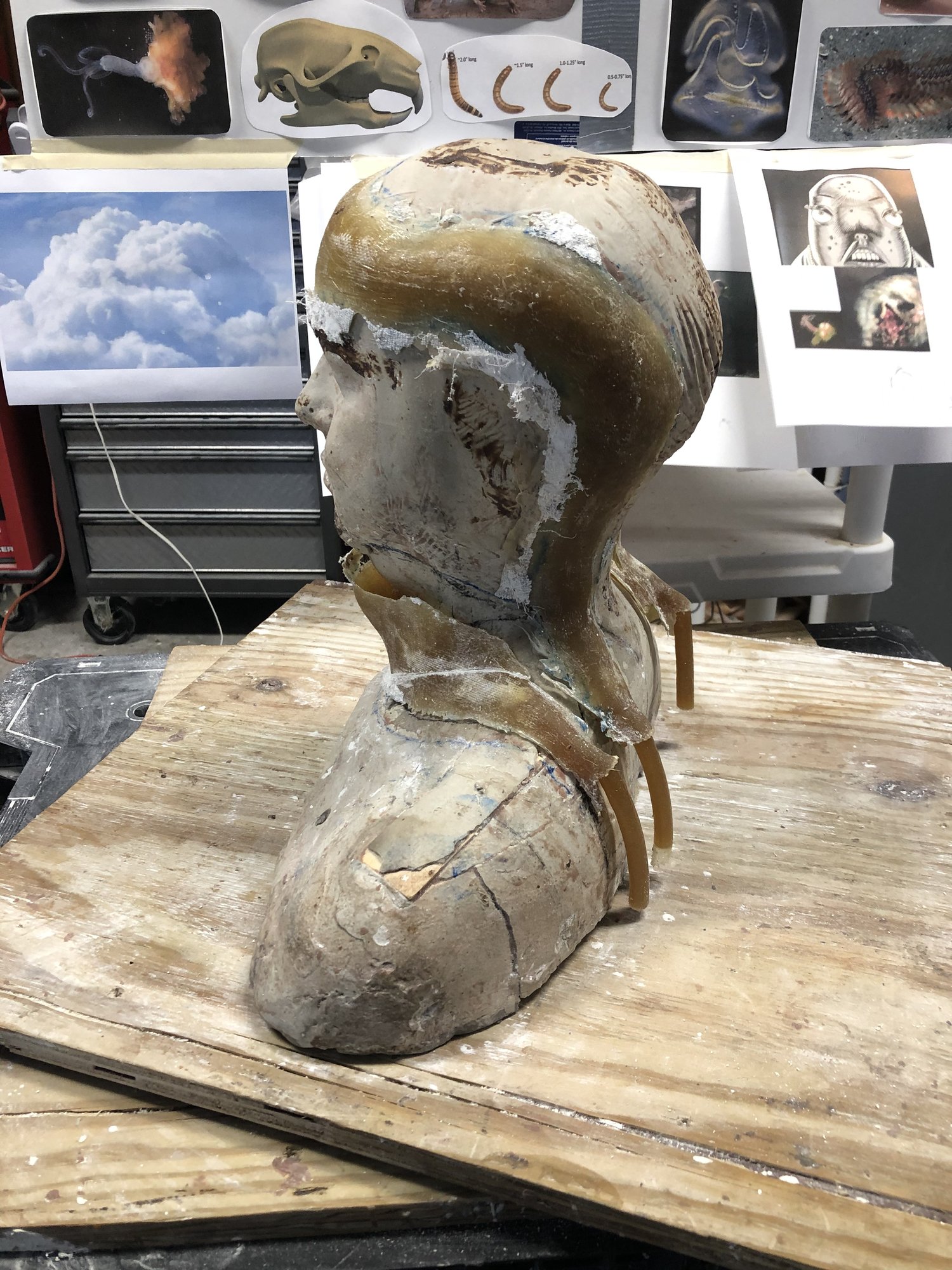 The appliance sculpt on top will take a form similar to this speed sculpt I did: 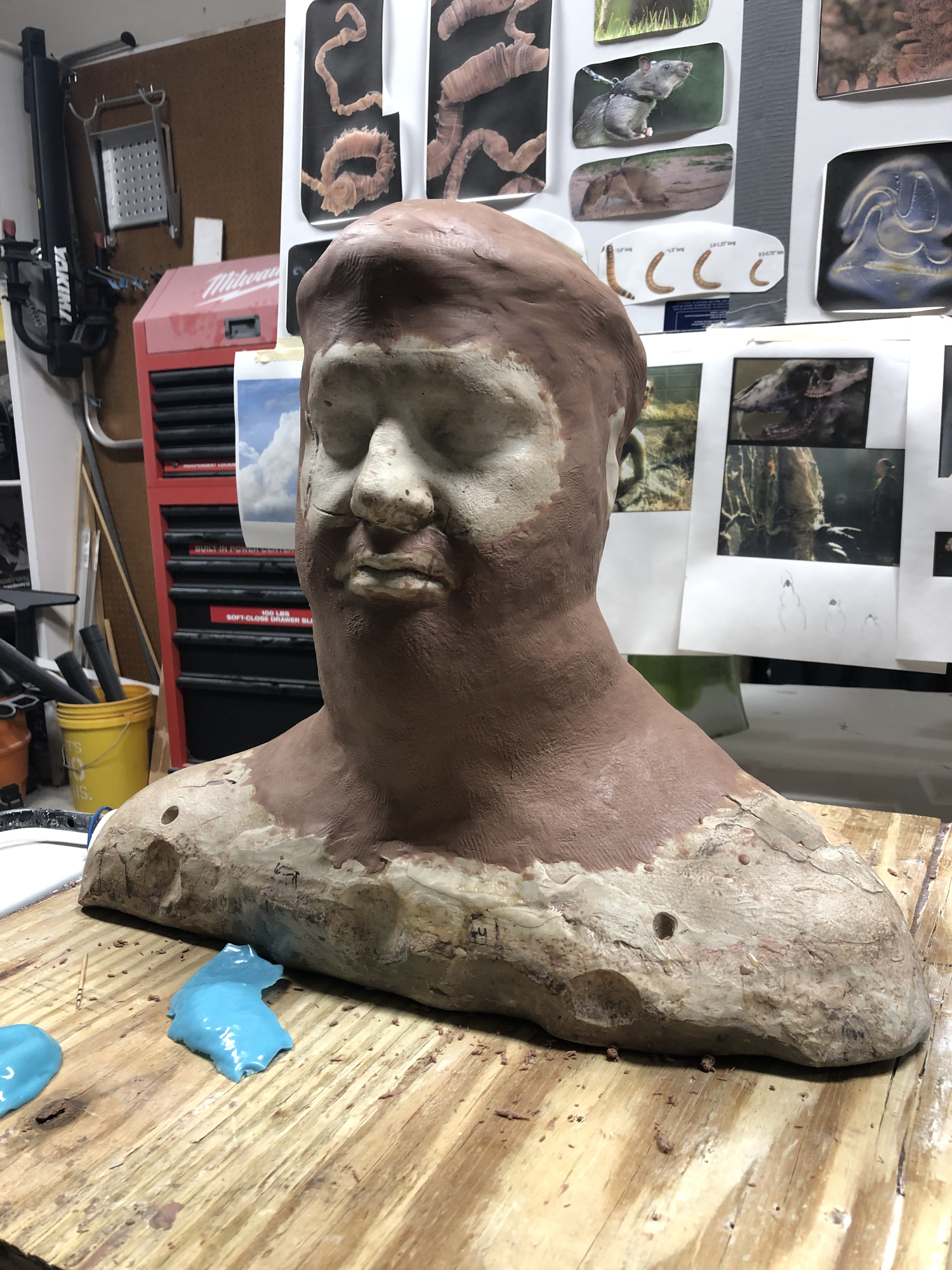 And finally, this whole effect is part of a psychotic transformation. I want to show the character's face swelling up with this effect, and then he is revealed in his final form, shown in the video linked below, and has a geyser of worms exploding from his mouth. 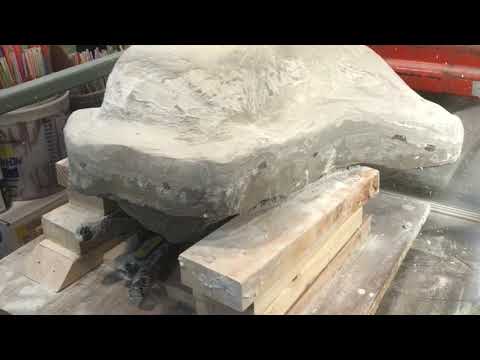 I'm sharing my progress and questions for the love of the game and I welcome any/all comments/thoughts! Are there similar effects in other films that you can direct me to that I can research for reference? Go SWSCA!