So I decided to use a 1/35 REBOR Stegosaurus to customize it and make a diorama based on the Sideshow Stegosaurus statue. I also used a PNSO mini Huayangosaurus as a base figure to customize it into a baby stegosaurus. For the adult I used epoxy putty to sculpt the entire neck and tail, 9 new dorsal plates, spikes on the tail, I also sculptured 2 interchangeable heads using magnets (1 head with open mouth and tongue and other one with a shut mouth), I attached a video with this feature, the arms and right leg were repositioned as well as the hind ankles. For the baby I made new neck, all dorsal plates, repositioned the tail and arms and I reshaped most of the back.

As for the paintjob, I choose to make a contrasting palette and pattern, it is speculated that the plates on the back were covered in a colorful keratin to attract other stegosaurus to mate and also to deter predators, as well as these were used for thermoregulation, My goal was to reflect this characteristics with my paintjob. I think the pictures speak for themselves so here is a real bunch of them.

Video for the interchangeable head feature: 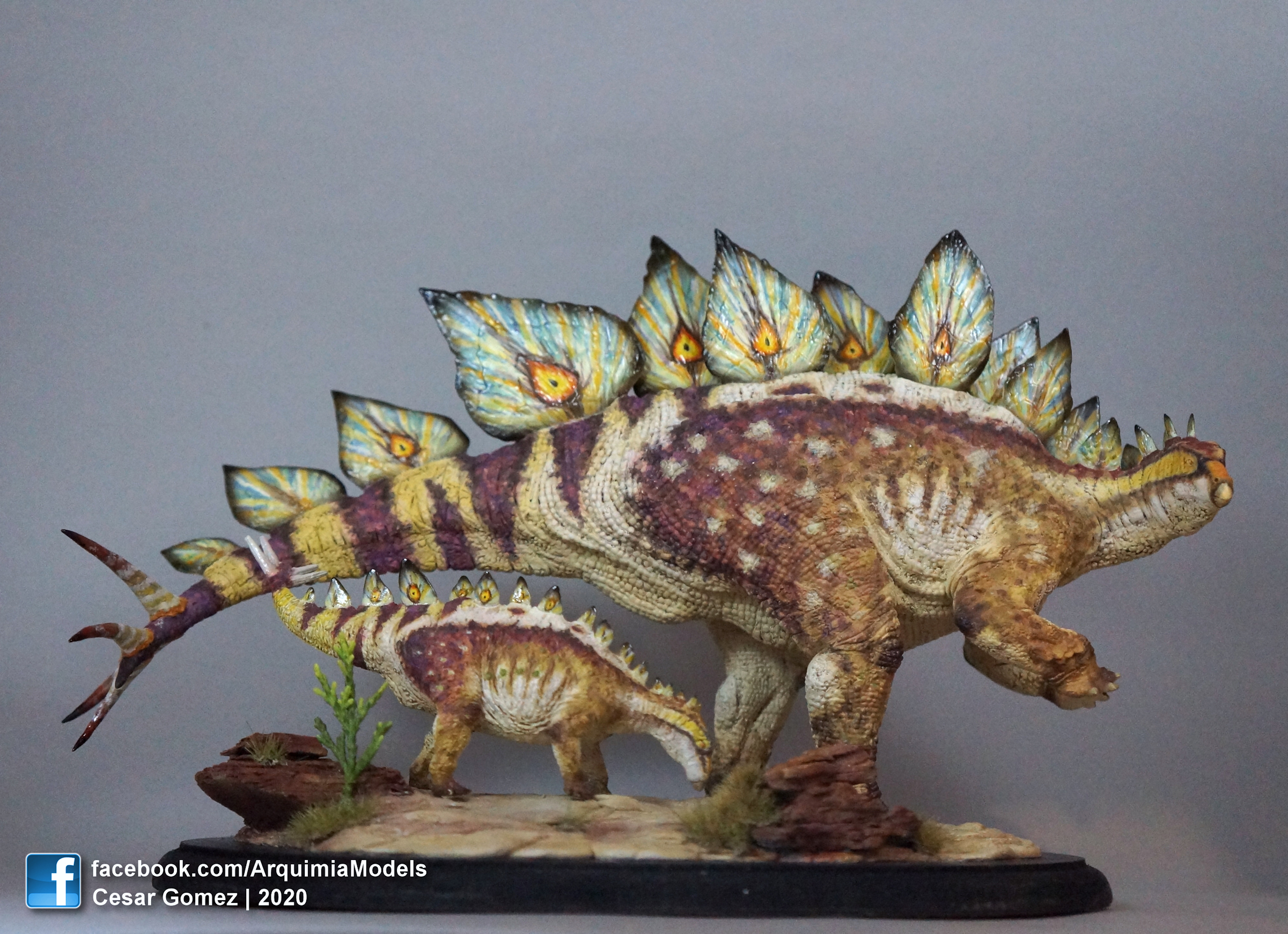 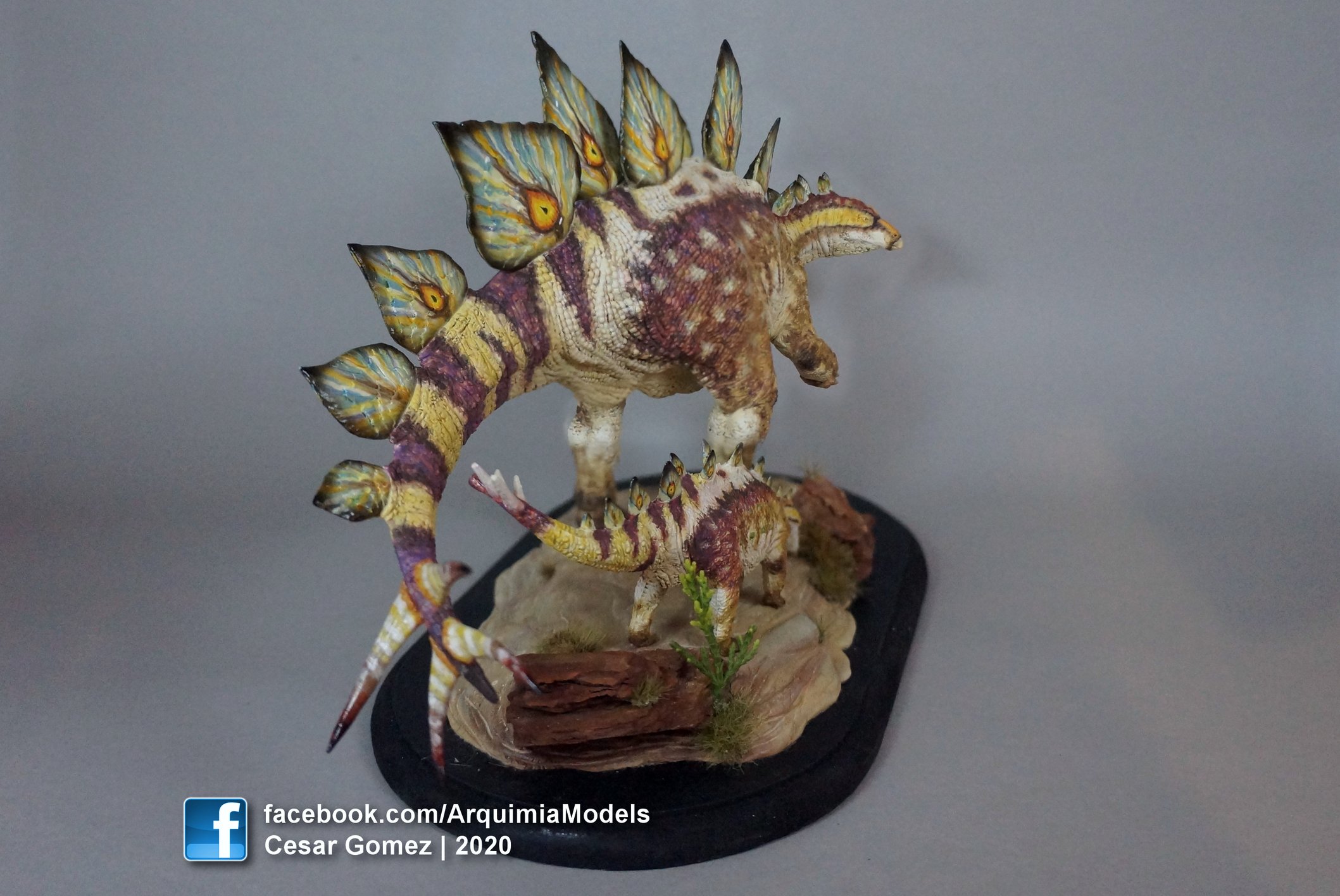 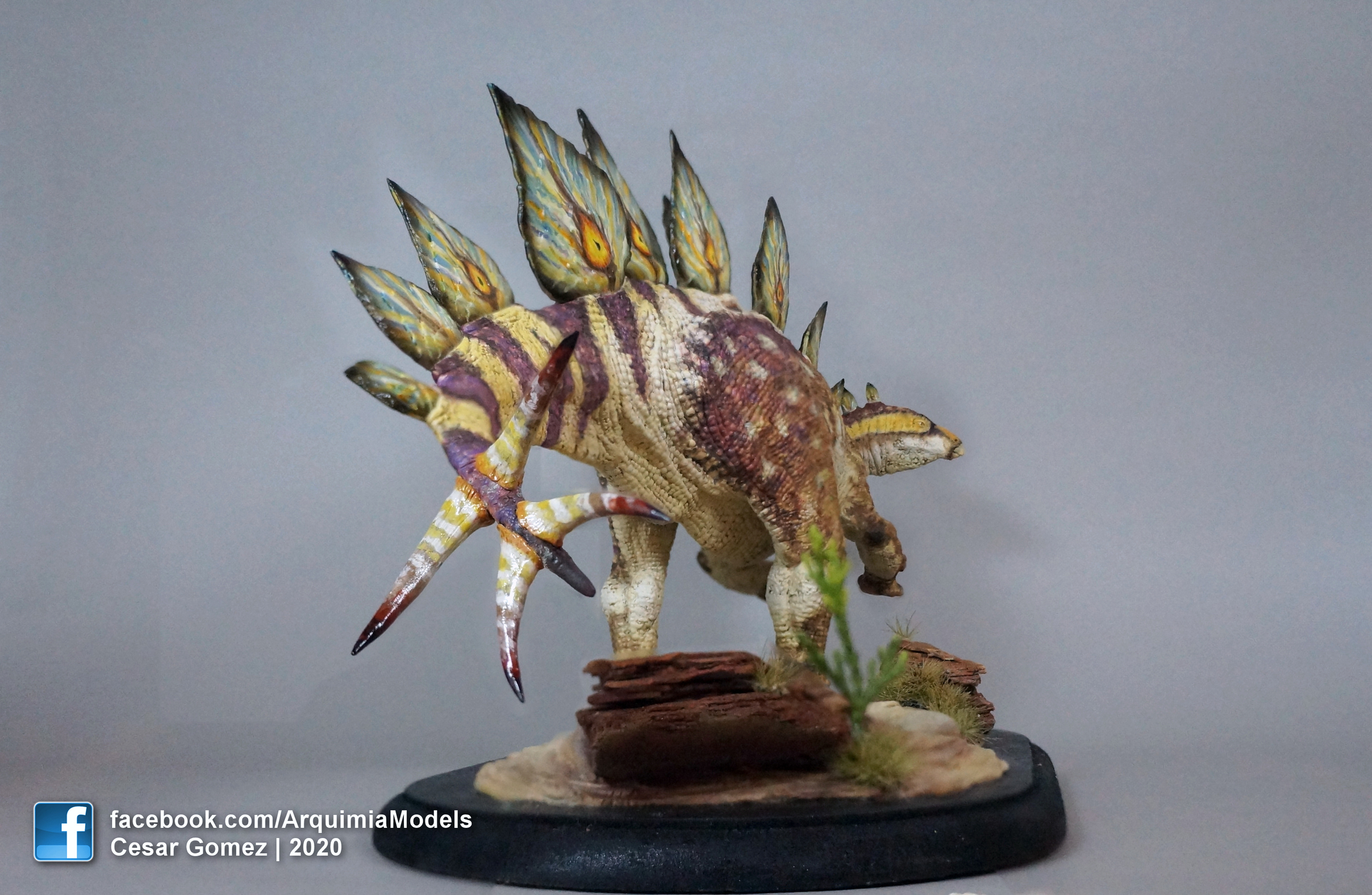 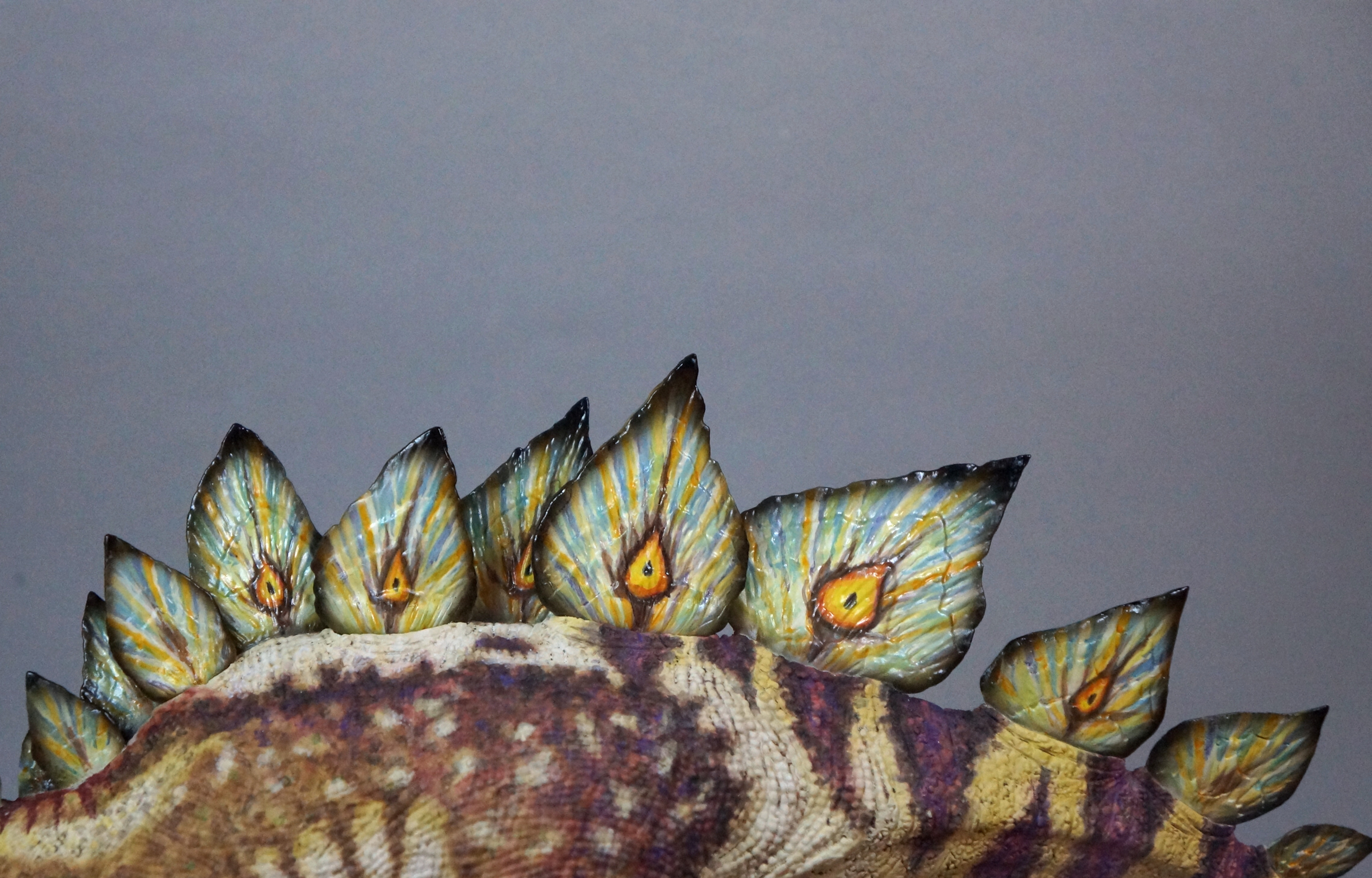 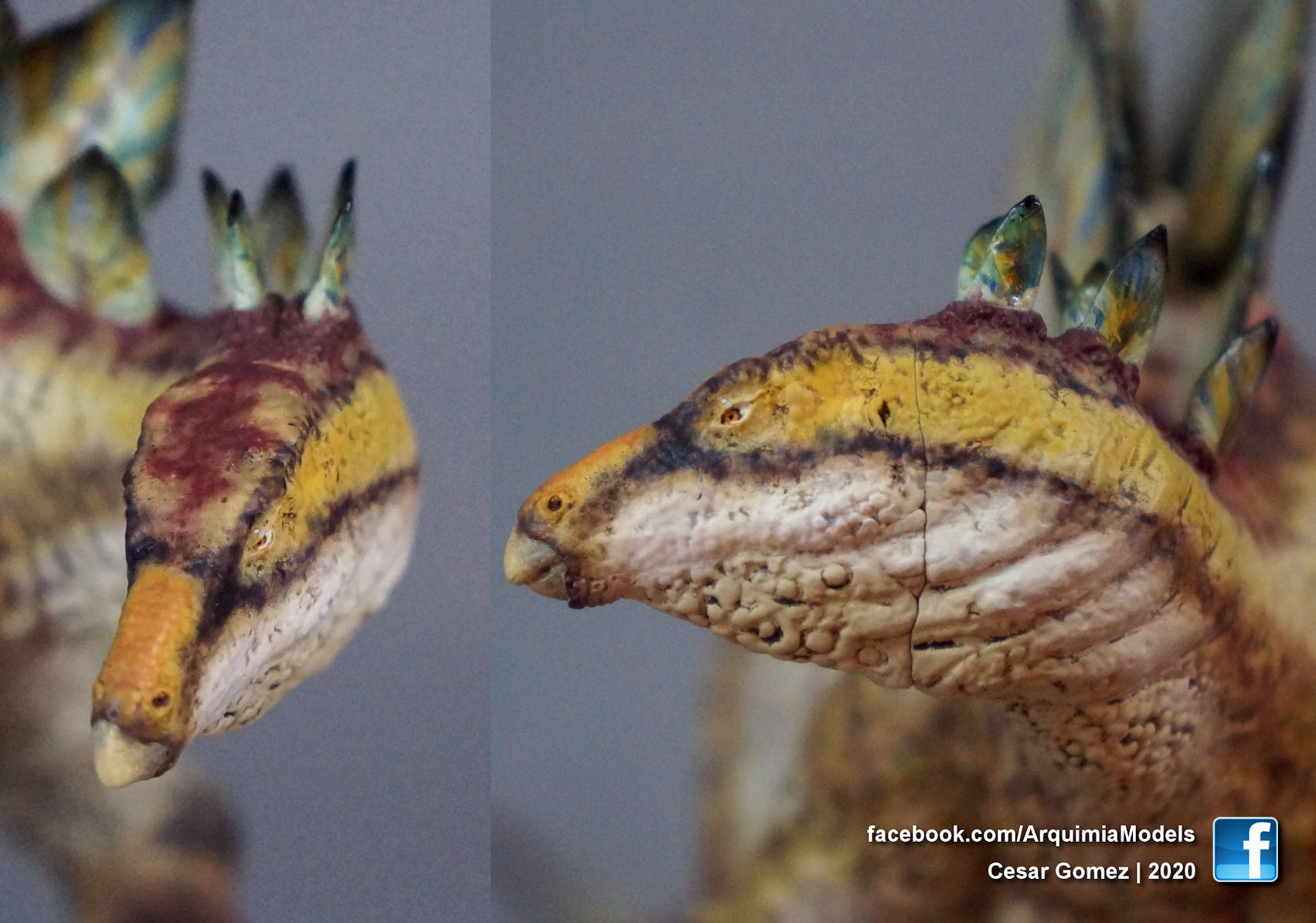 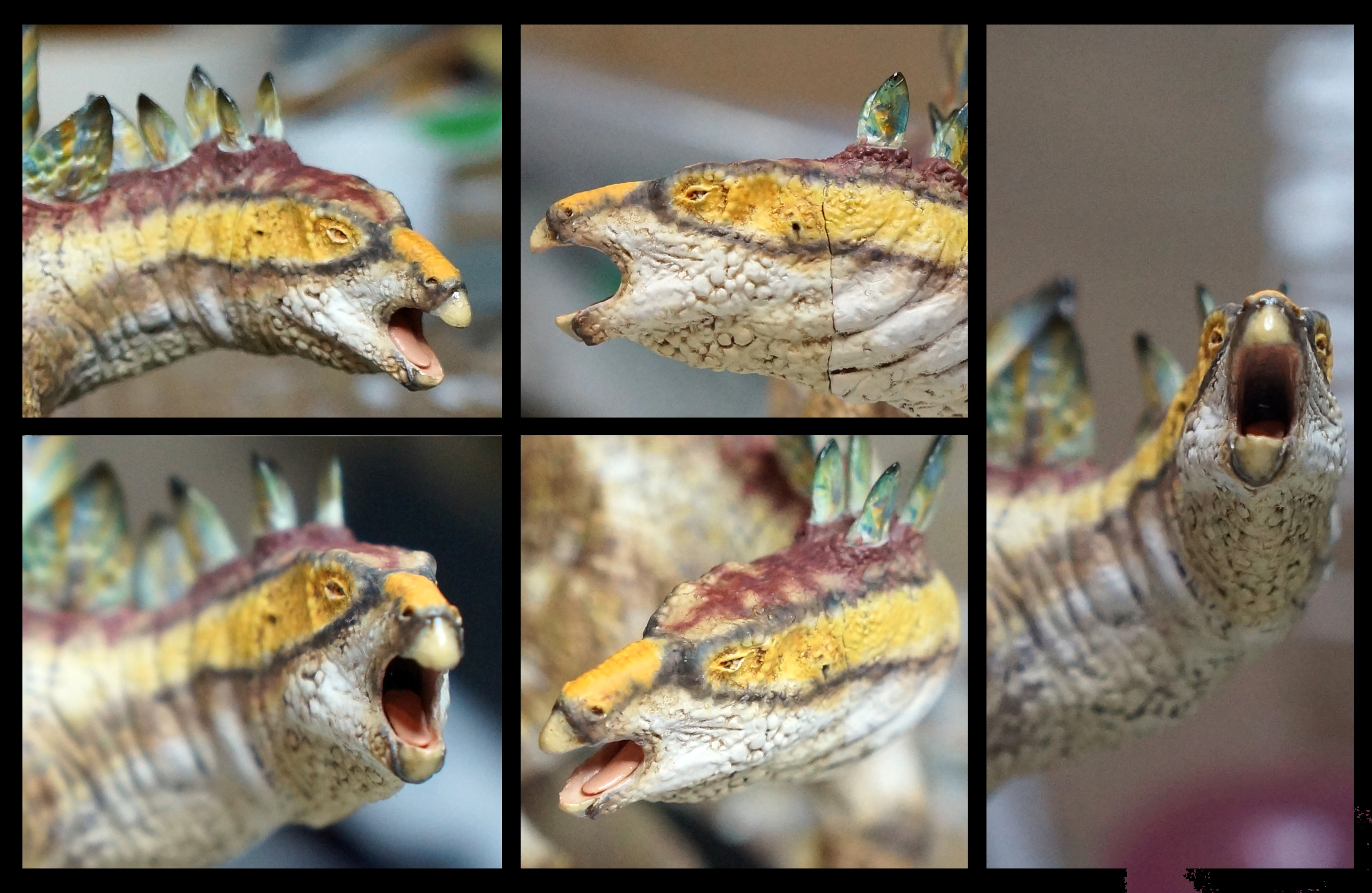 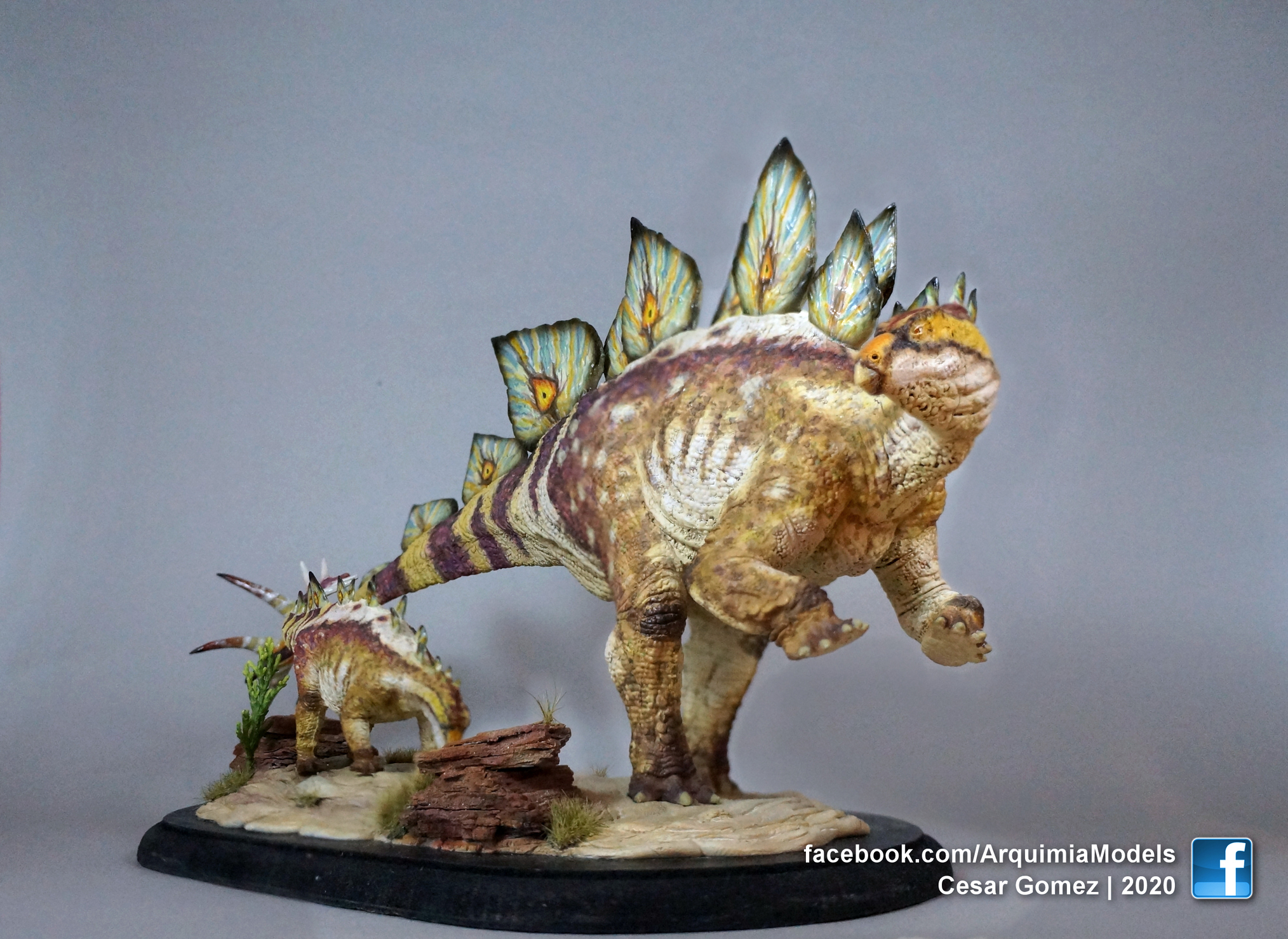 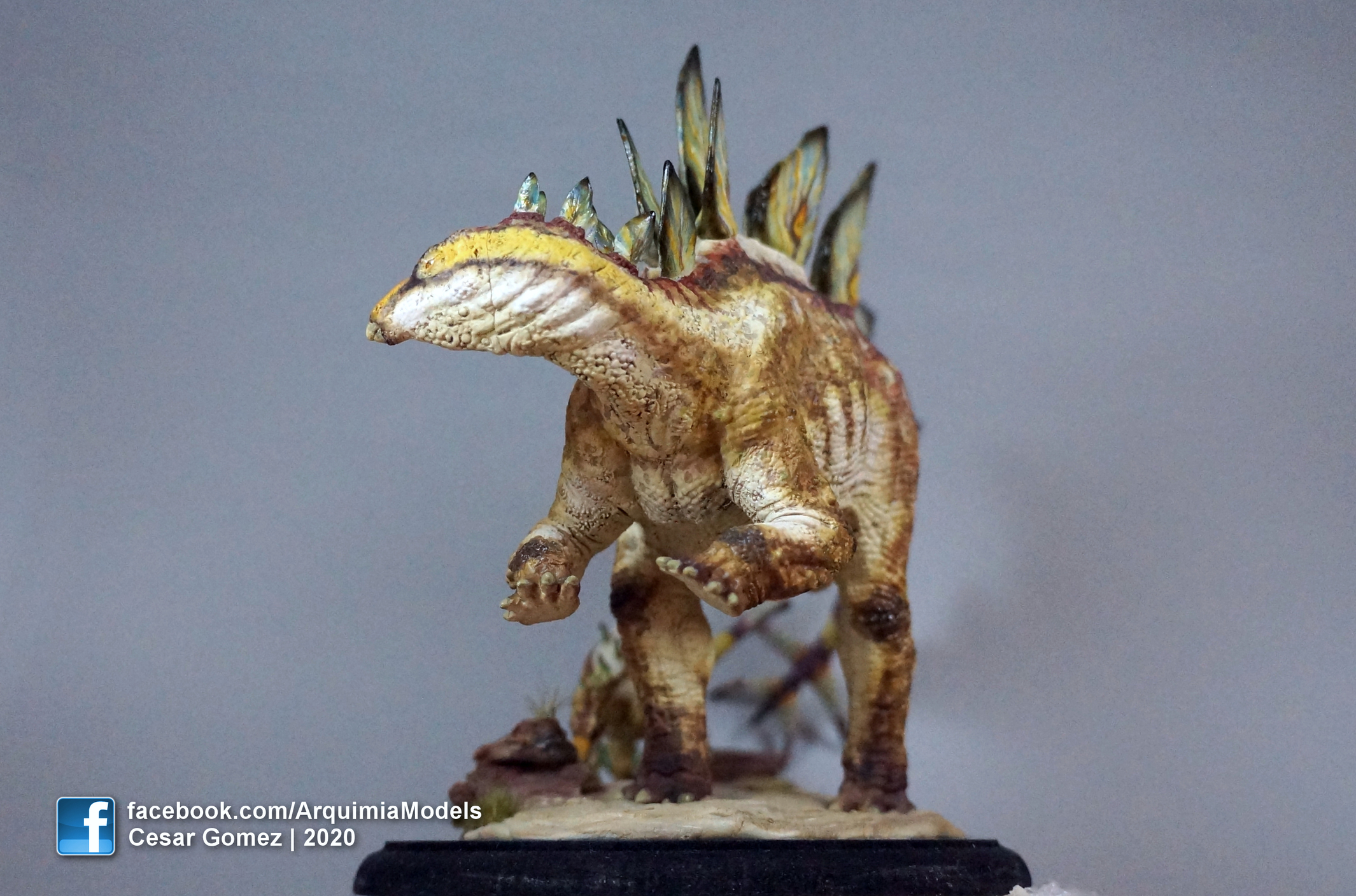 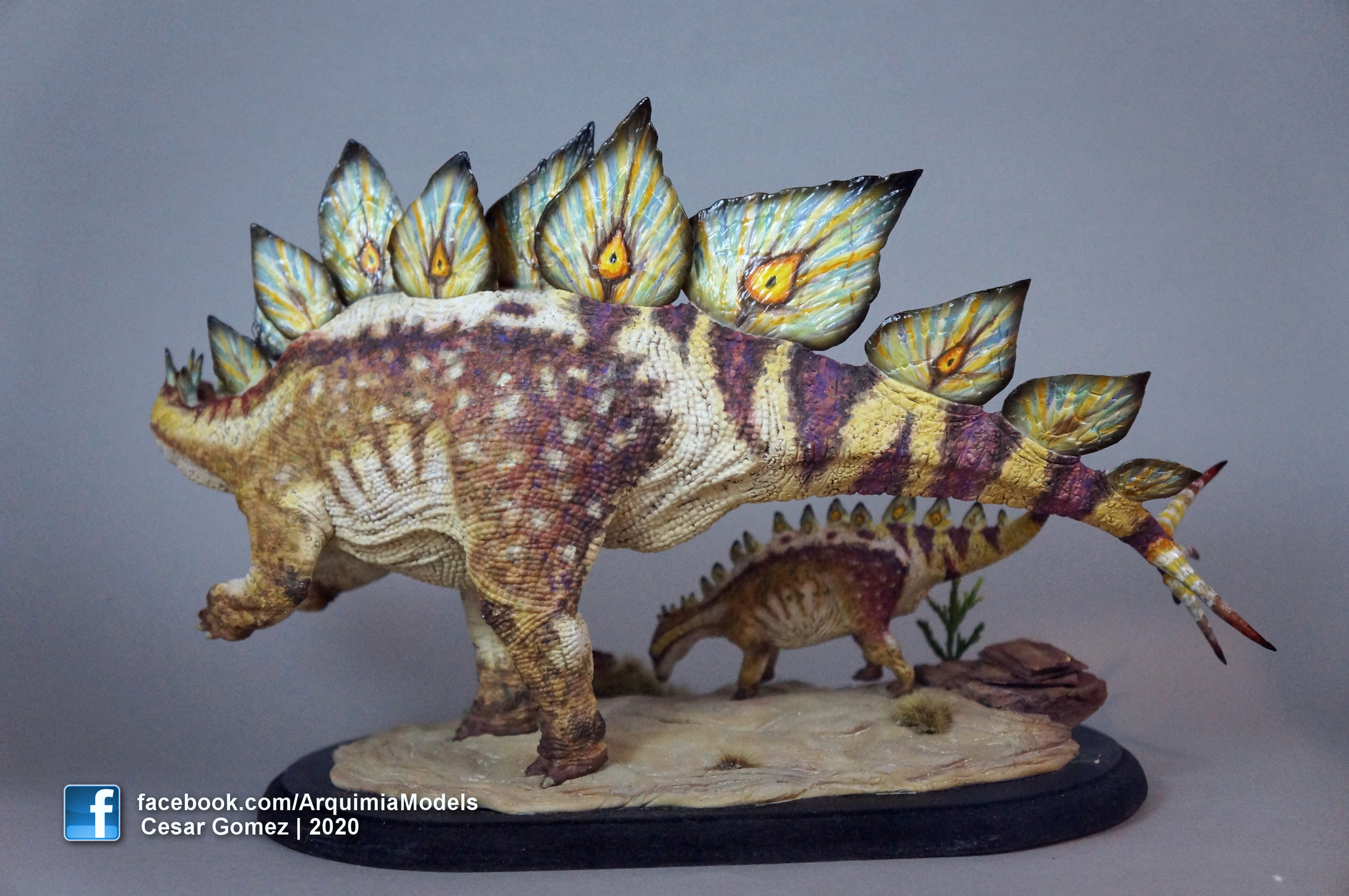 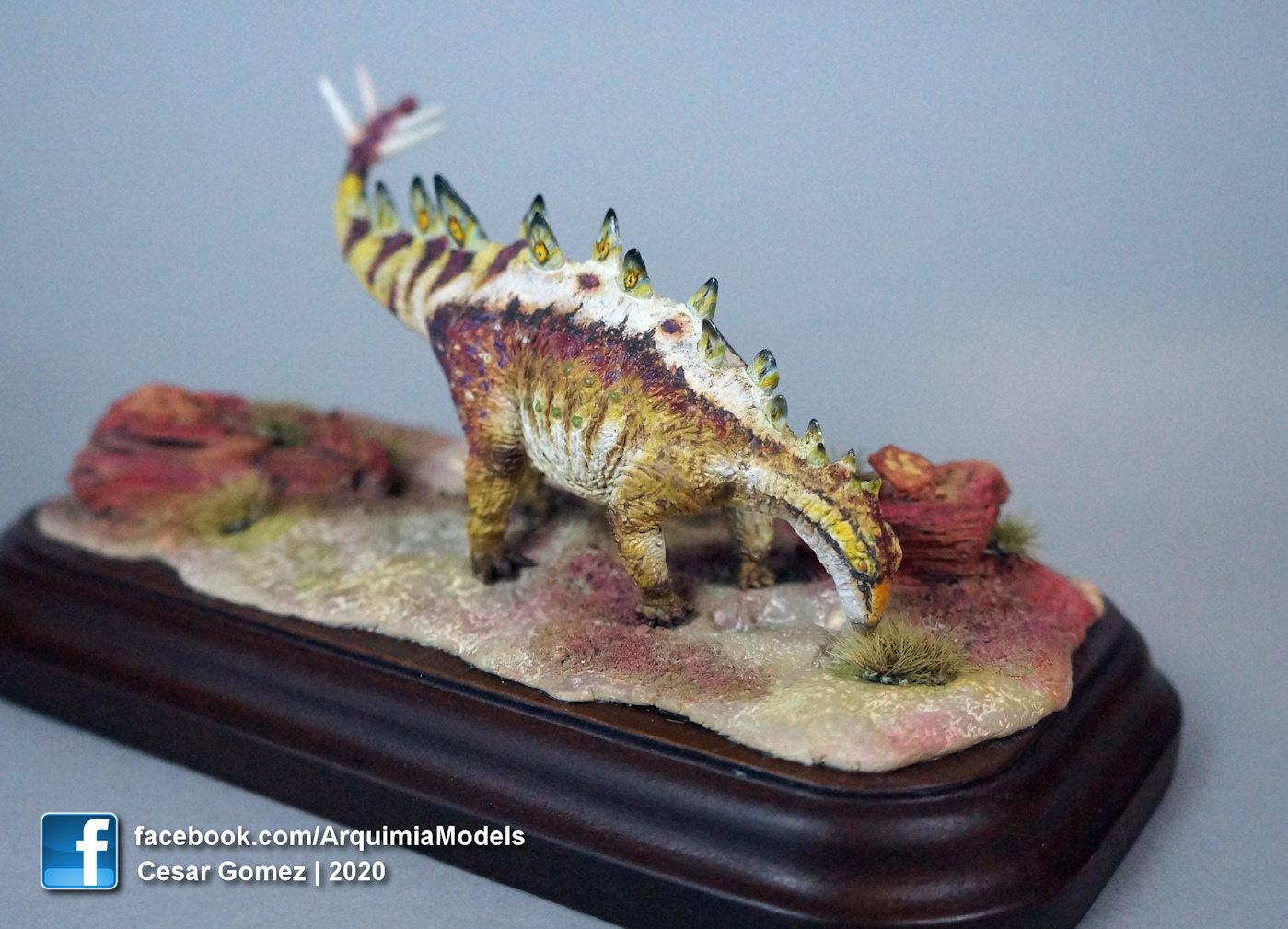 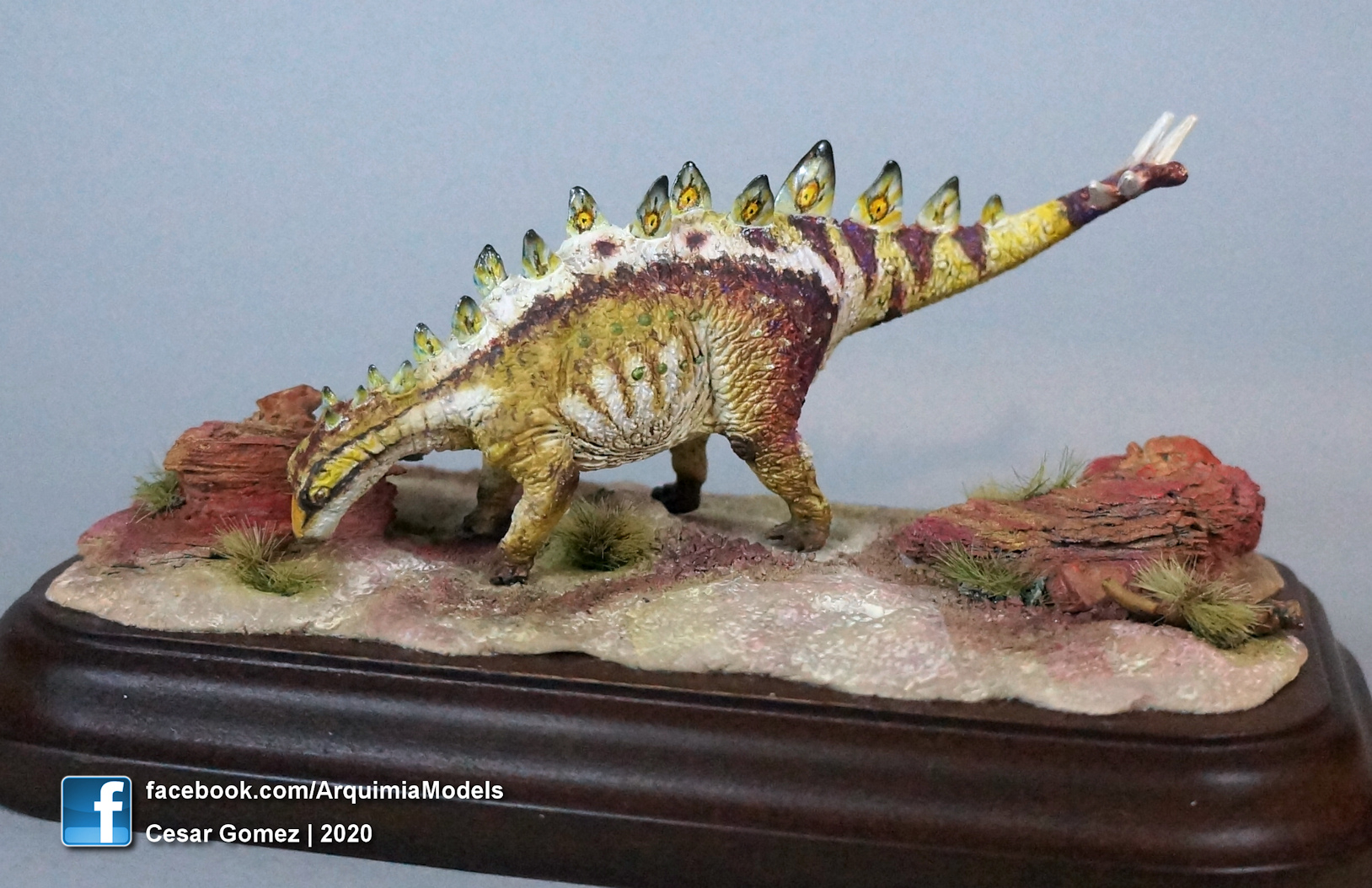 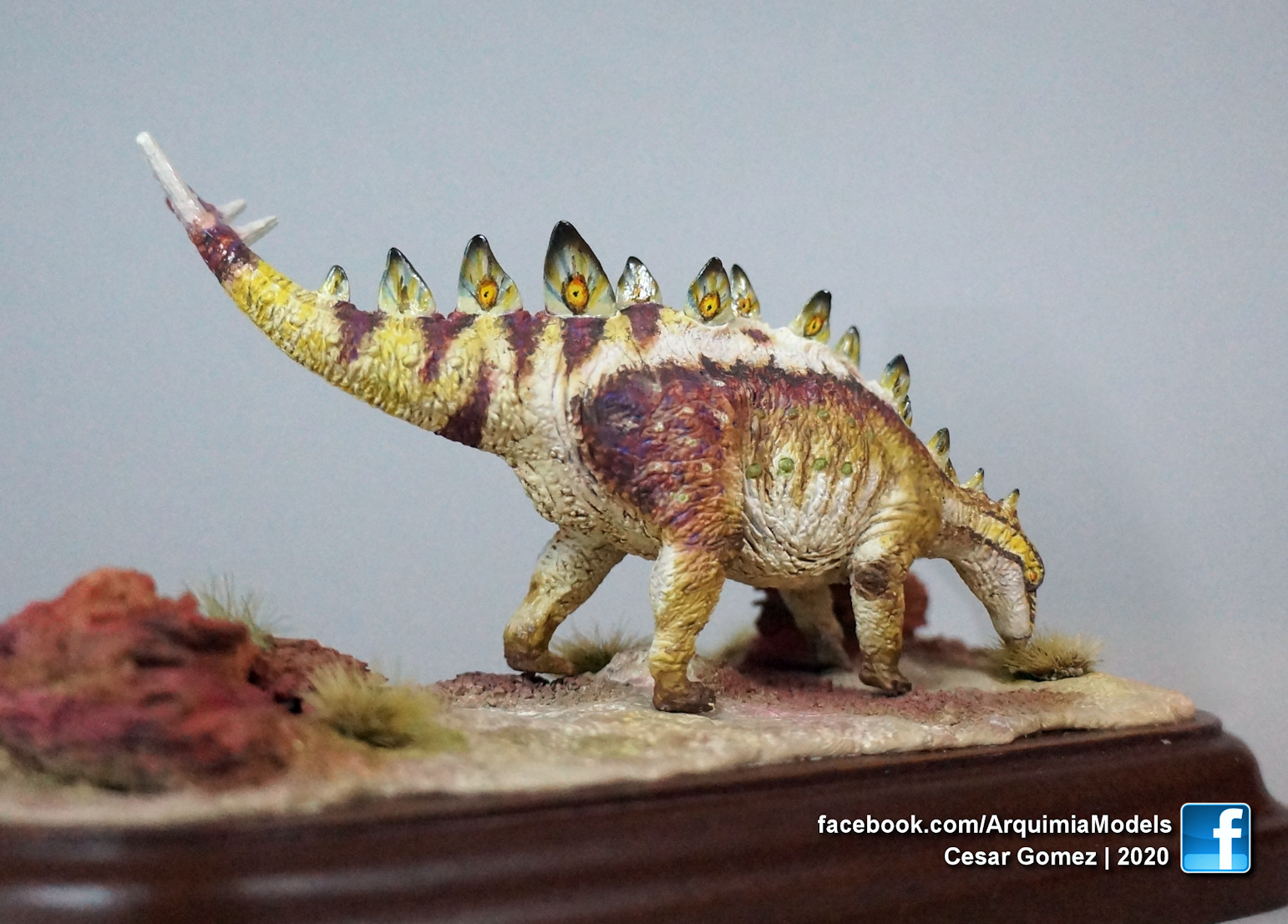 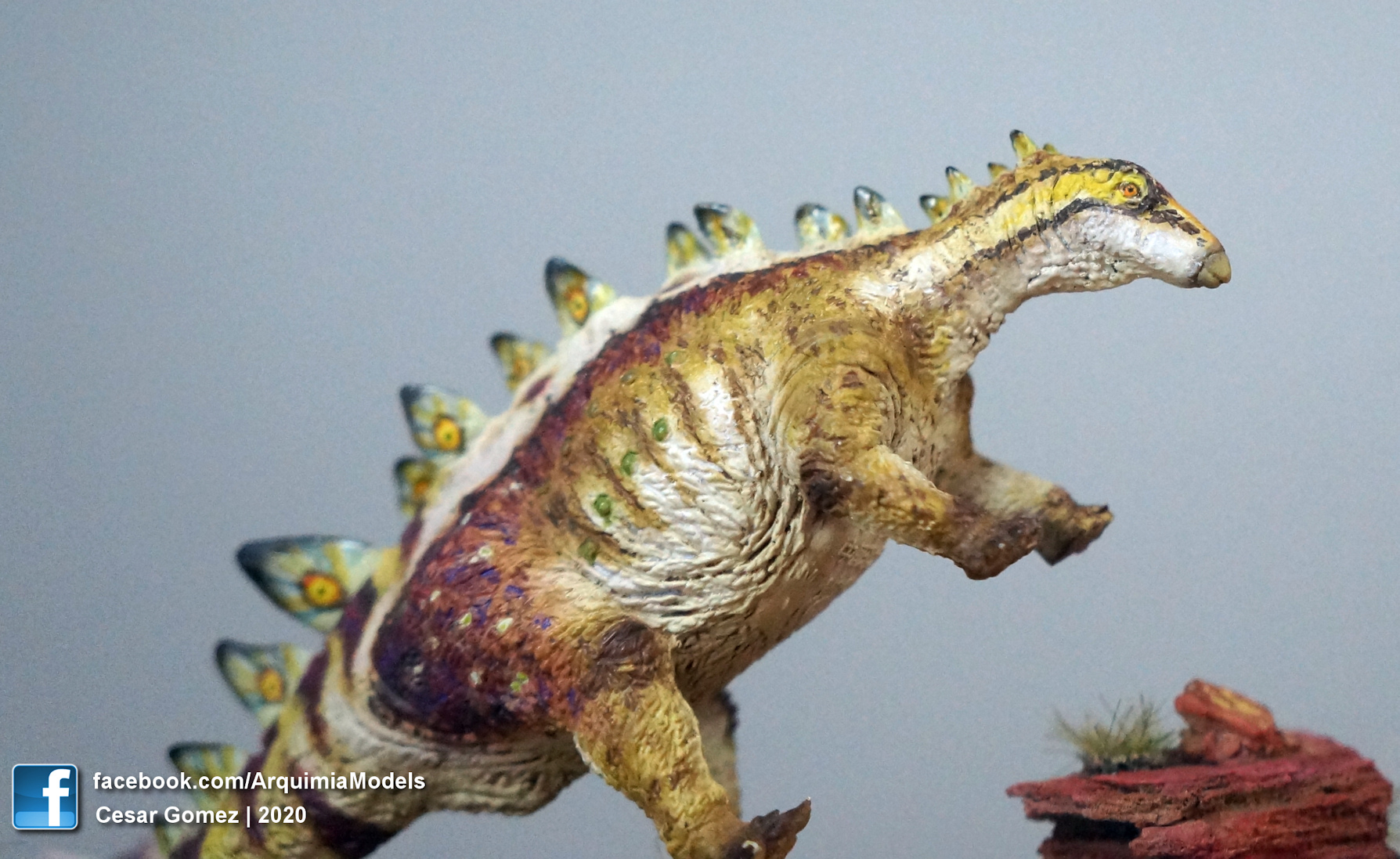 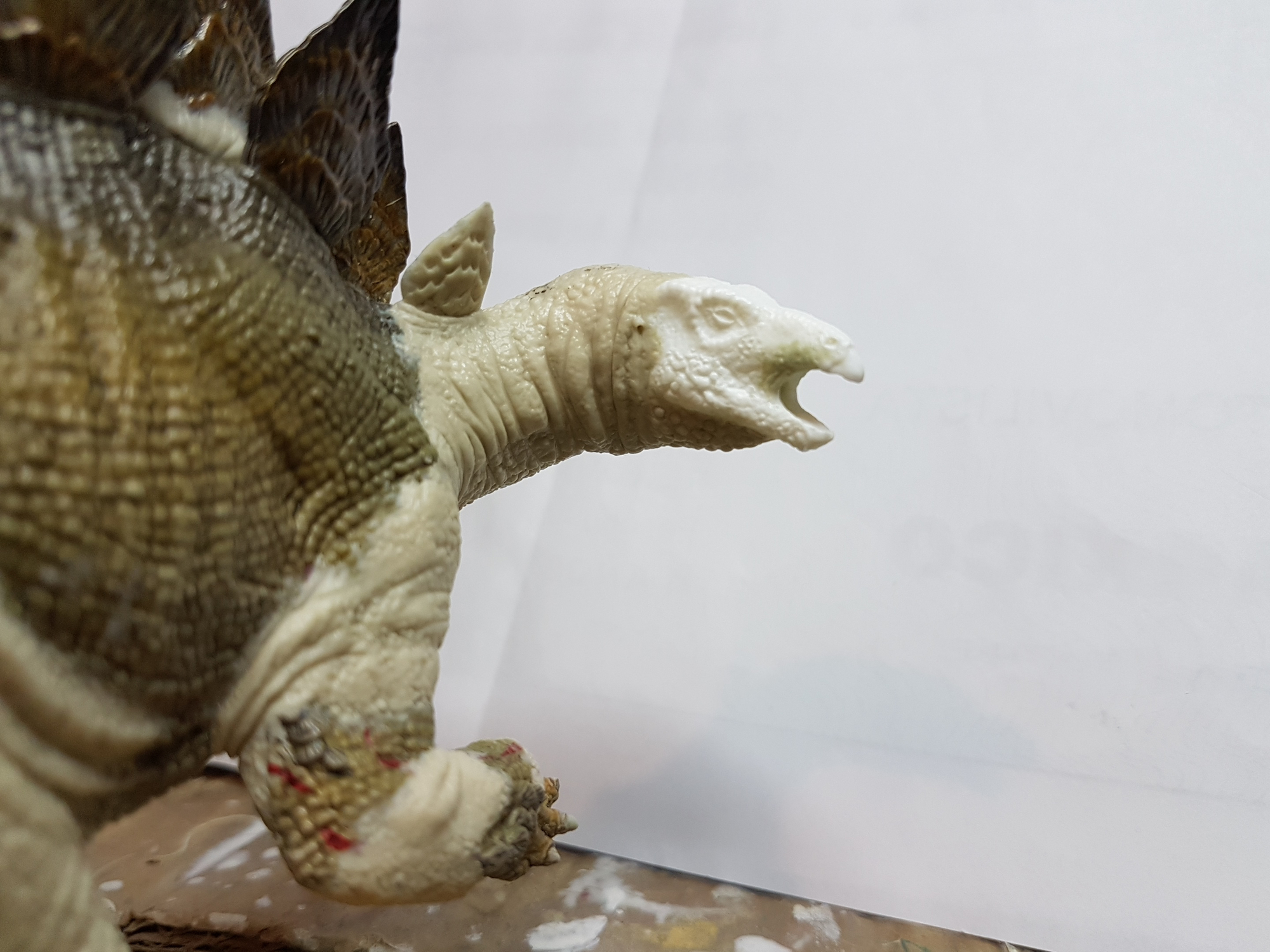 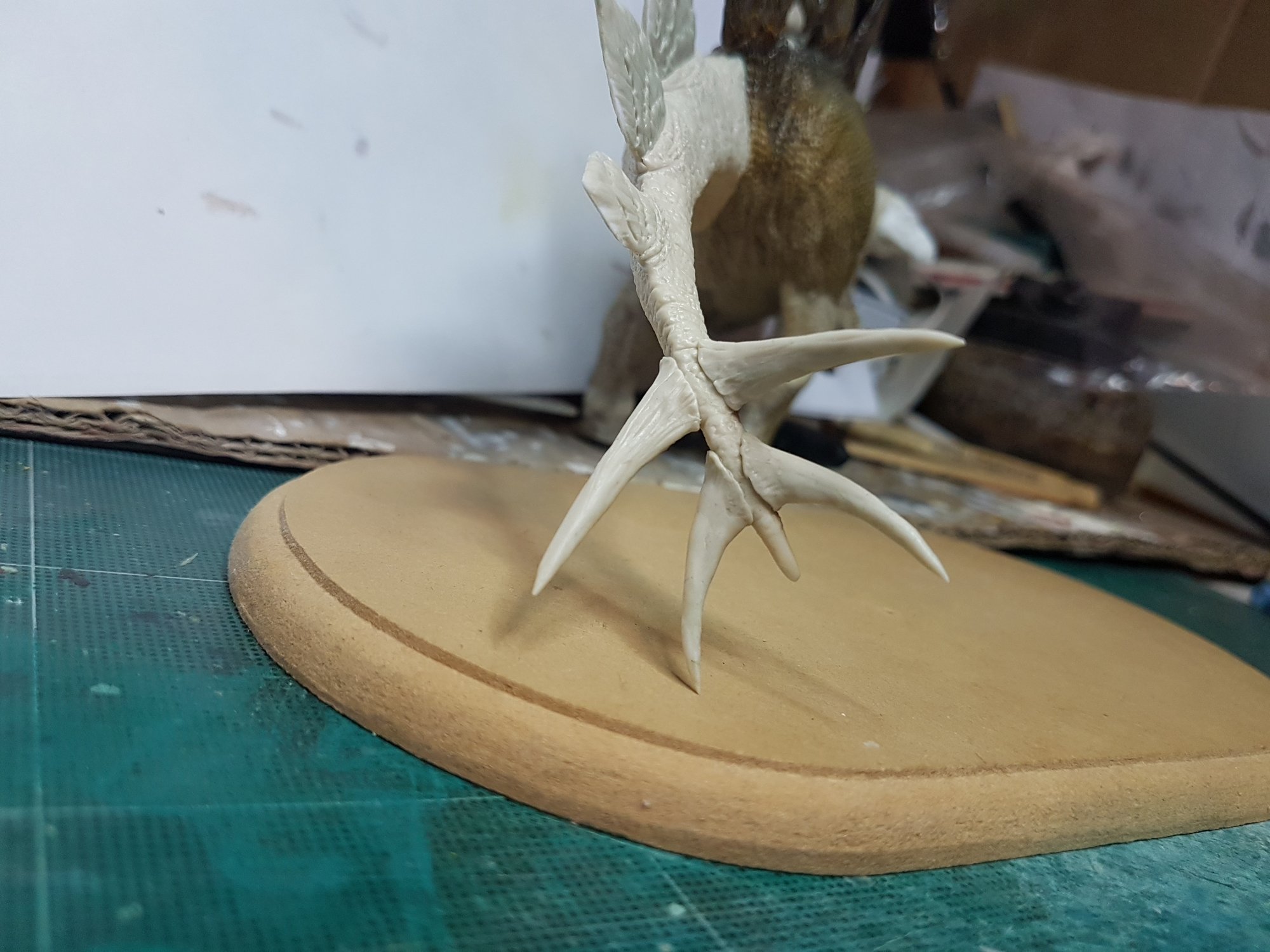 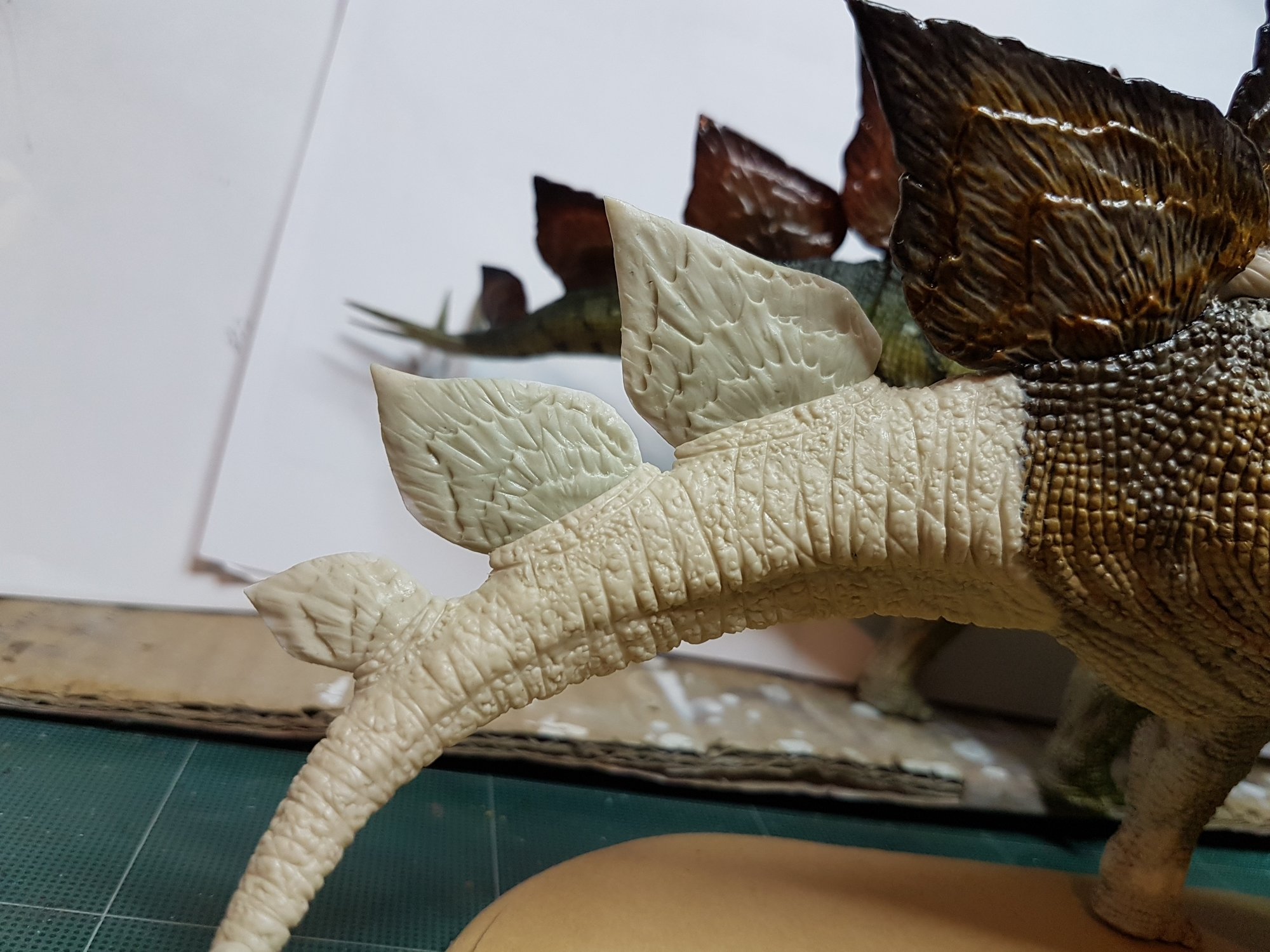 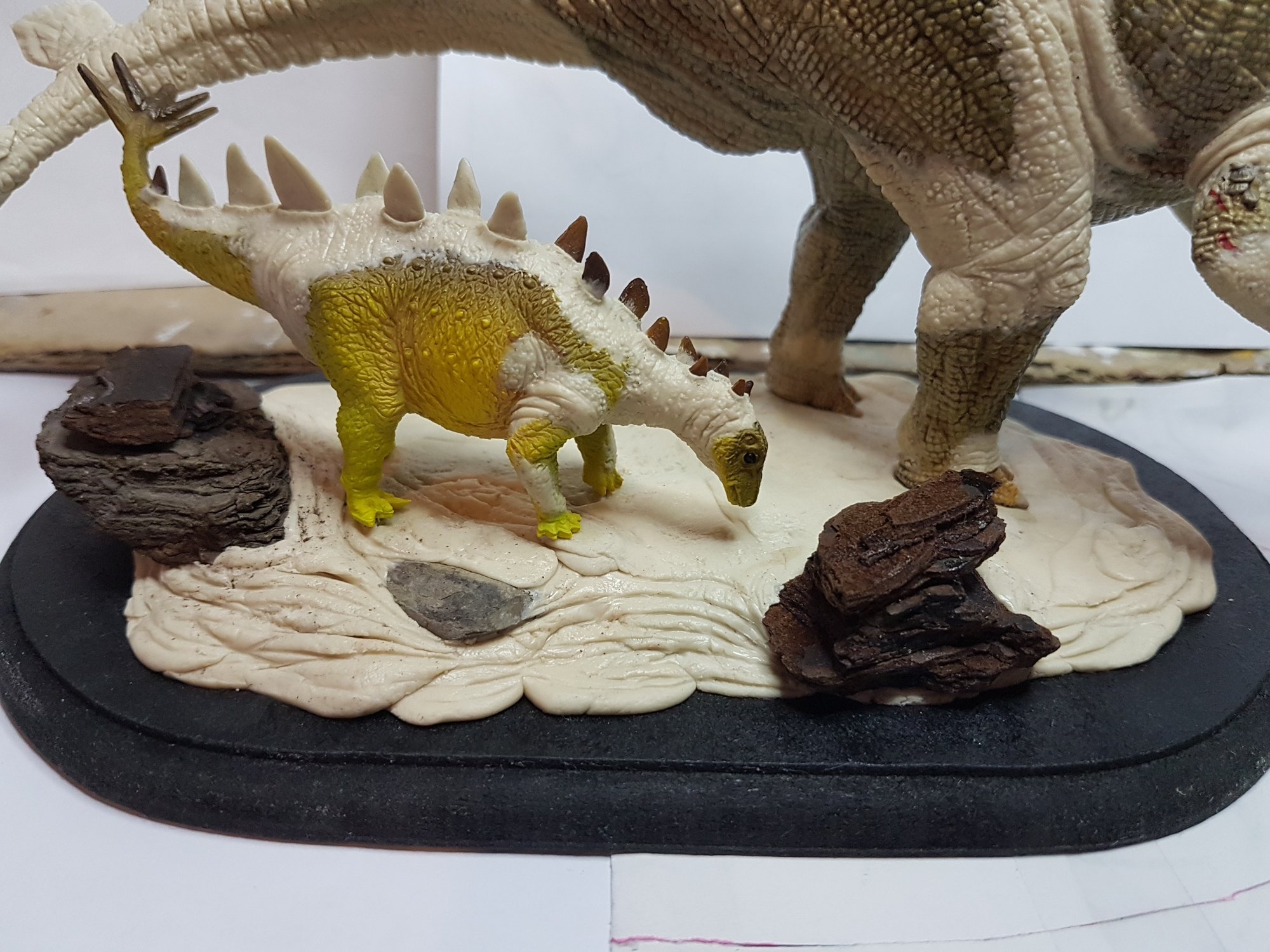 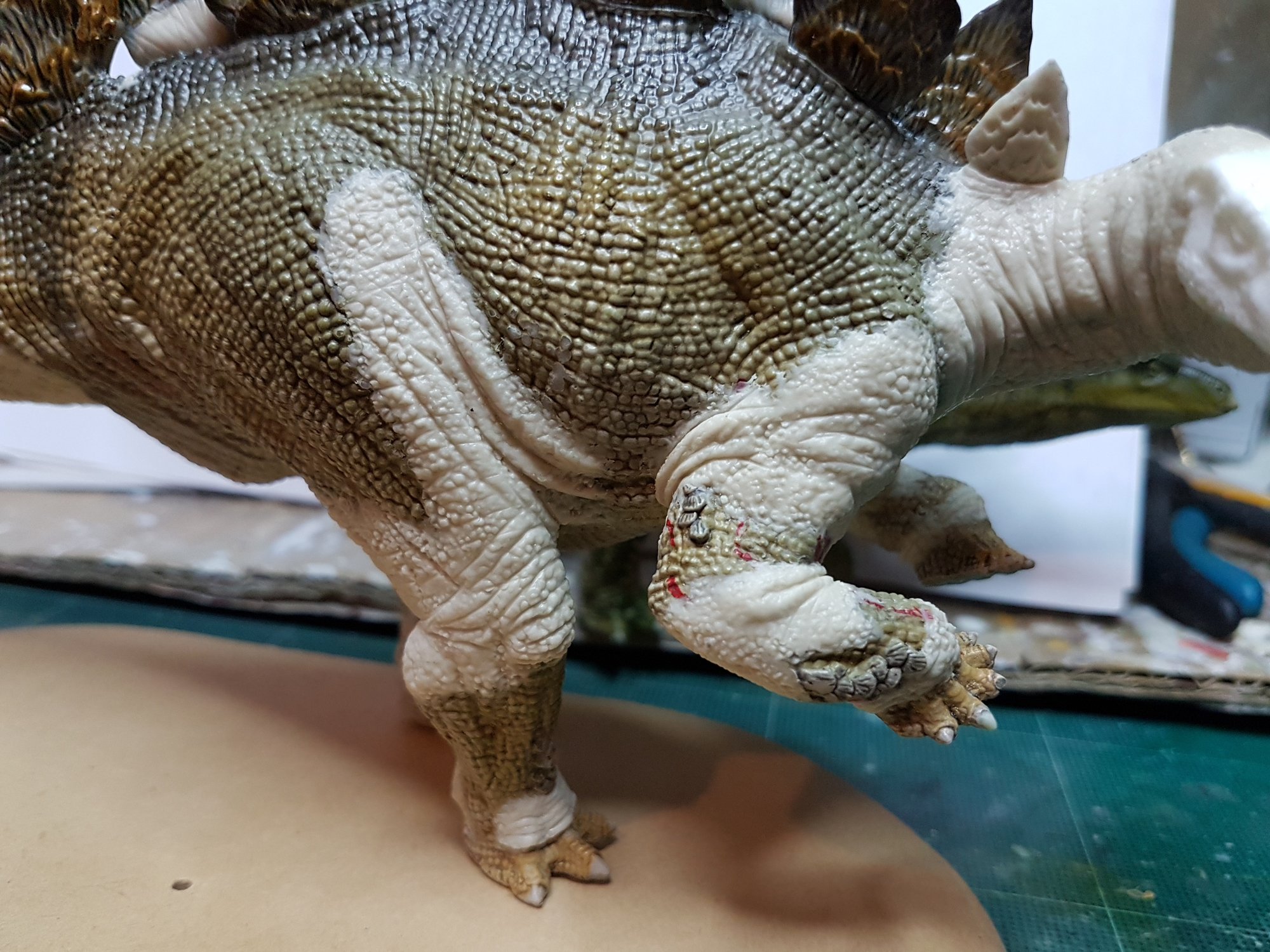 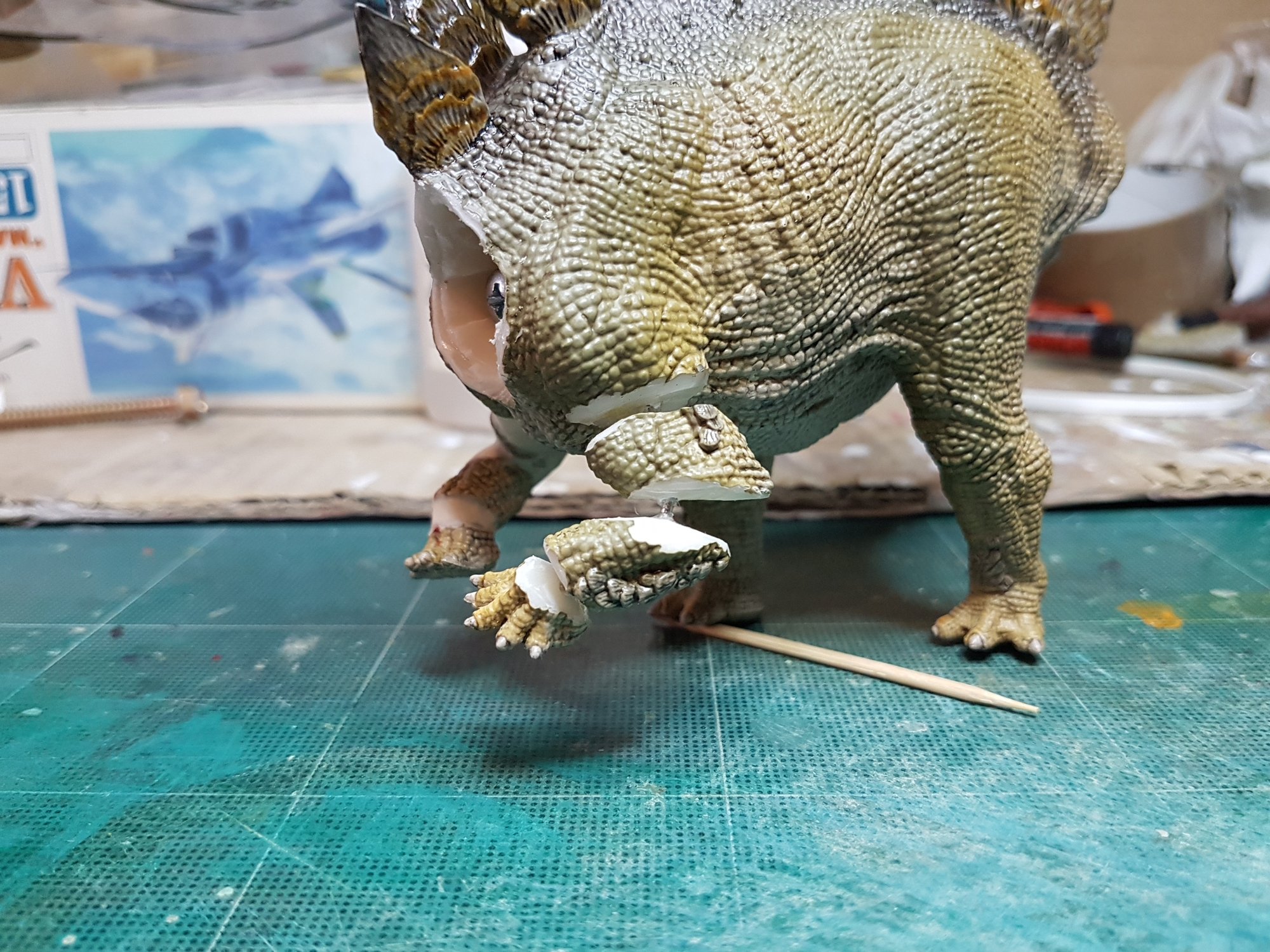 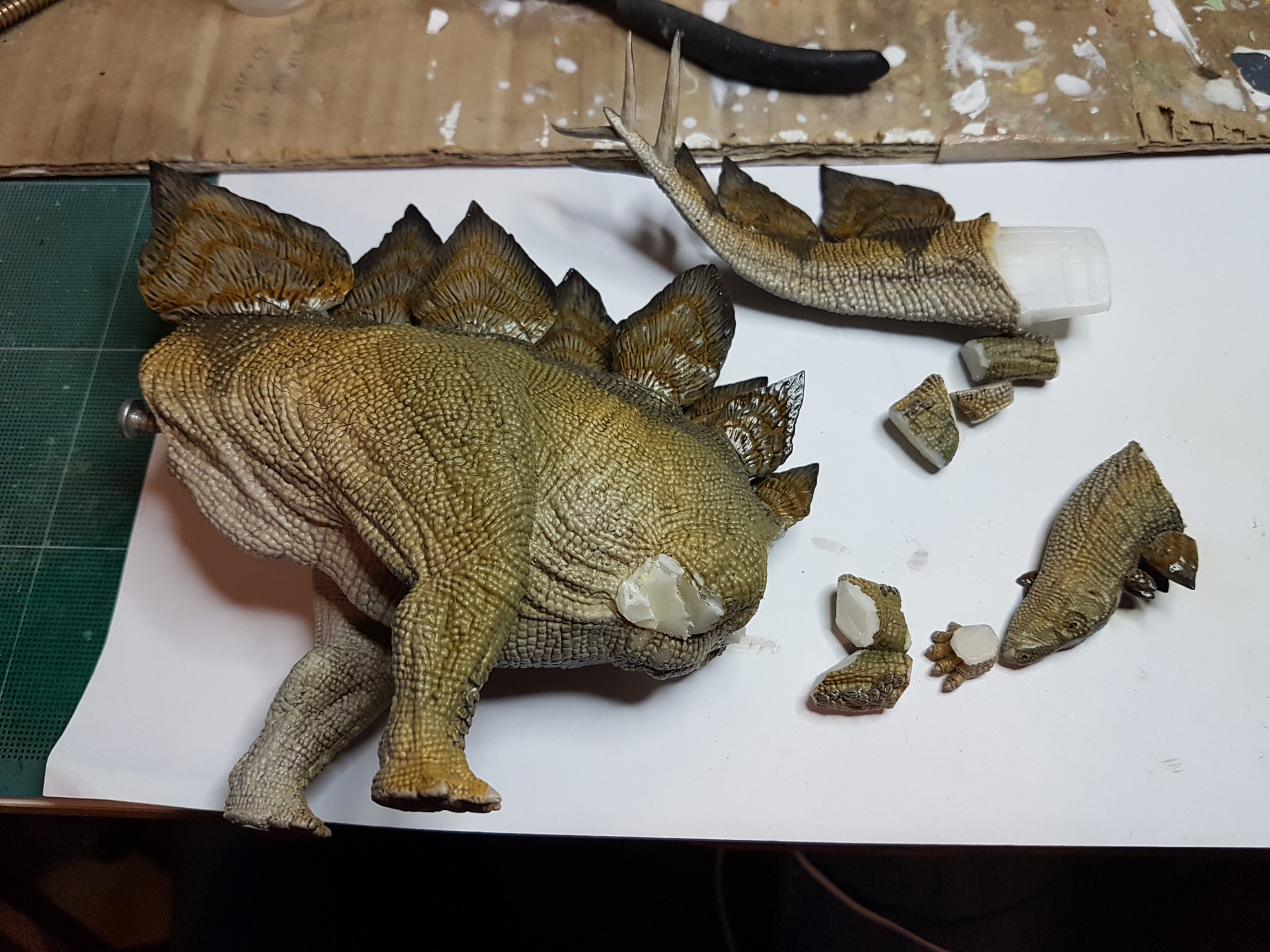