Andy Milenovic ✭
April 2020 edited May 2020 in Creature Painting Contest
When Atlantis sank it's inhabitants had to evolve. Some remained pure and retained a human like experience, while some saw the potential in adapting the strengths of their underwater neighbors and some of their appearance traits as well. Some of the more ferocious adaptations were naturally ideal warriors.

Among the many scars  he also sports an eye injury. I wanted to make sure the injured eye had a hazy and lighter color from the typical dark color. The head design was a bit of a challenge, and I was looking for a way to make subtle changes that stayed true to the shark itself but also suggest there is a little more going on.

Overall I had a ton of fun with Zbrush sculpt. The original design almost made me give up on it, but then I got my second wind and got it to work properly. I poly-painted it in Zbrush and rendered it in Blender using Cycles, then touched up some problem spots inn Procreate. I hope you all like it. 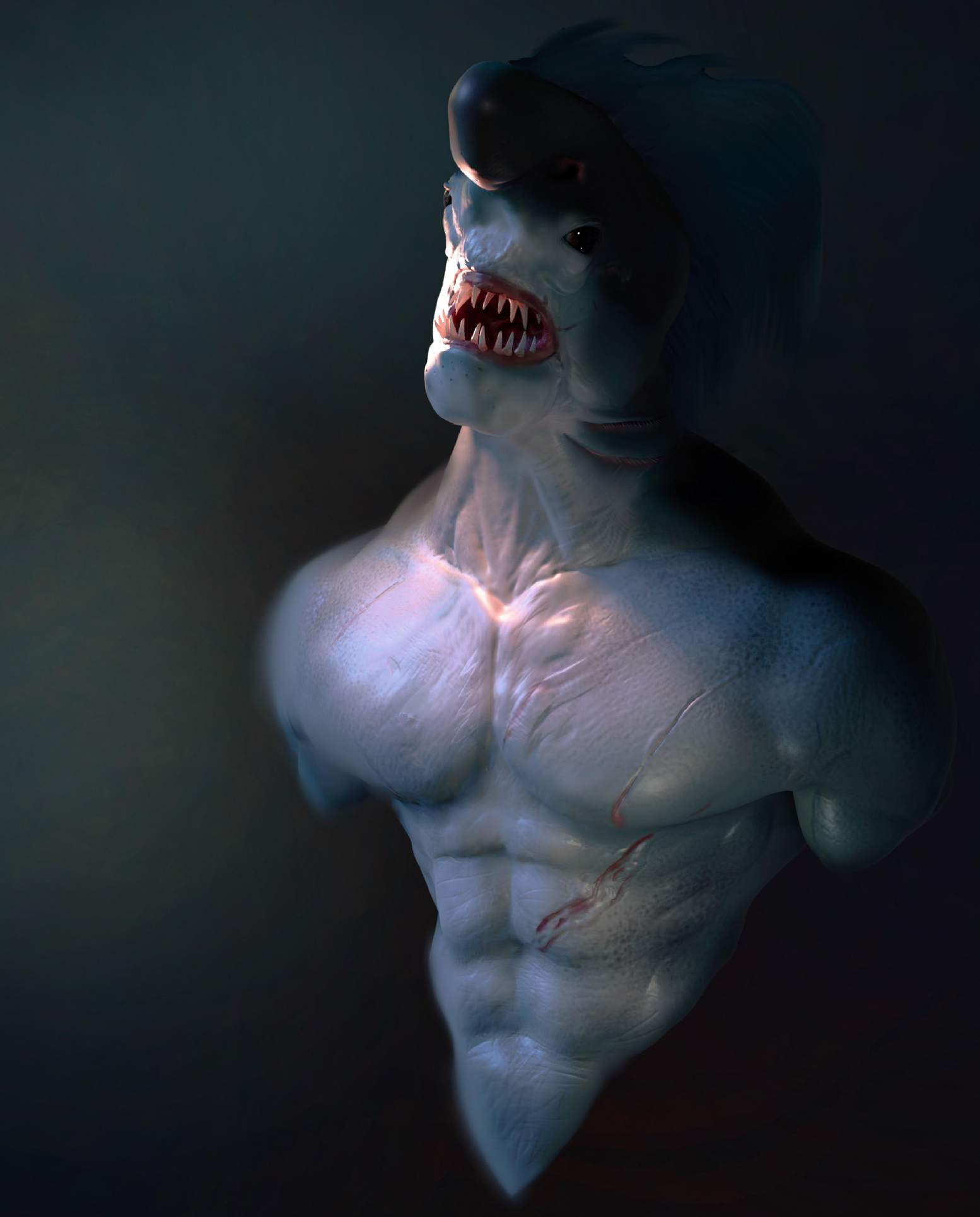 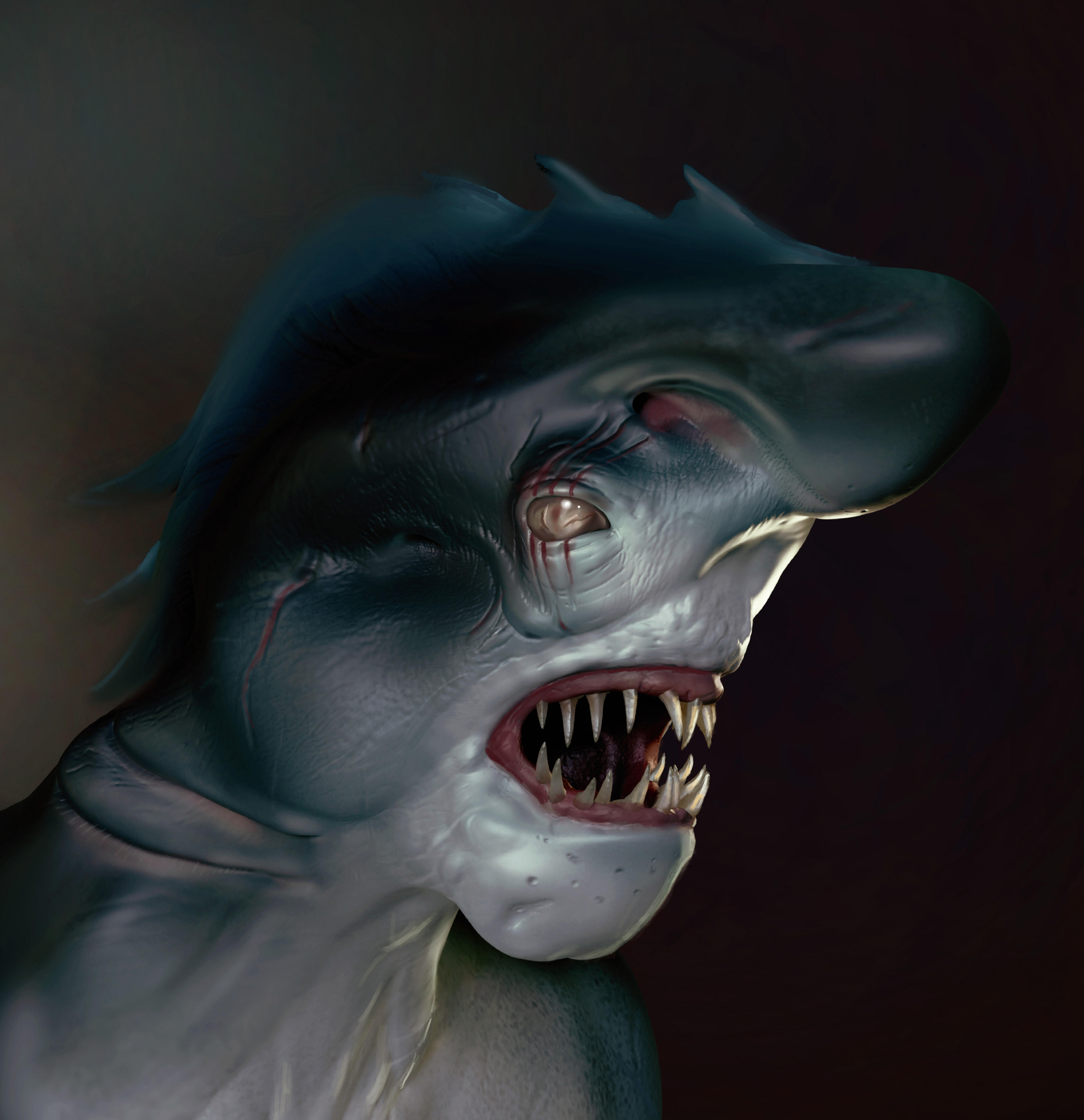