Tristan ✭
April 2020 in Creature Painting Contest
This is the skeleton of the creature Eryops caudadigitatum, or its common name is the Ahuizotl. The original creature was described in Book 11 of the Florentine Code as a pointy-eared dog with a human-like hand at the end of its tail. It was said they served as the guardians of lakes and most frequently attacked fishermen. The Ahuizotl also could mimic the crying of a child to help lure in prey. Just to be clear,
Eryops caudadigitatum is not meant to be the Ahuizotl of myth. This is a reinterpretation of the Ahuizotl into a somewhat more realistic paleontological creature. I imagined Eryops caudadigitatum behaving like a crocodile, an almost exclusively aquatic ambush predator, and having it be a mammal did not seem right for that lifestyle. Instead, I made it a modified Temnospondyl, which is a genus of large amphibians that existed from the Carboniferous period to the Triassic. The head and torso are drawn from Eryops megacephalus, while the shoulders, hips, and appendages come from Batrachotmus kupferzellensis, which was an early crocodile-like creature. I changed the legs because Temnospondyli look rather ungainly, and I wanted something a little more agile and dog-like. The tail is a modified version of a chameleon’s, with a chameleon’s forearm and hand attached to the end. I went with a more reptilian hand because using a human hand on this mostly reptile and amphibian hybrid seemed wrong.
The linework in this piece was made with Higgins black magic ink and Tachikawa dip pen with a mapping nib on Fabriano Artistico Studio watercolor paper, then it was painted with Qor watercolor. The painting is 16 by 13 inches. 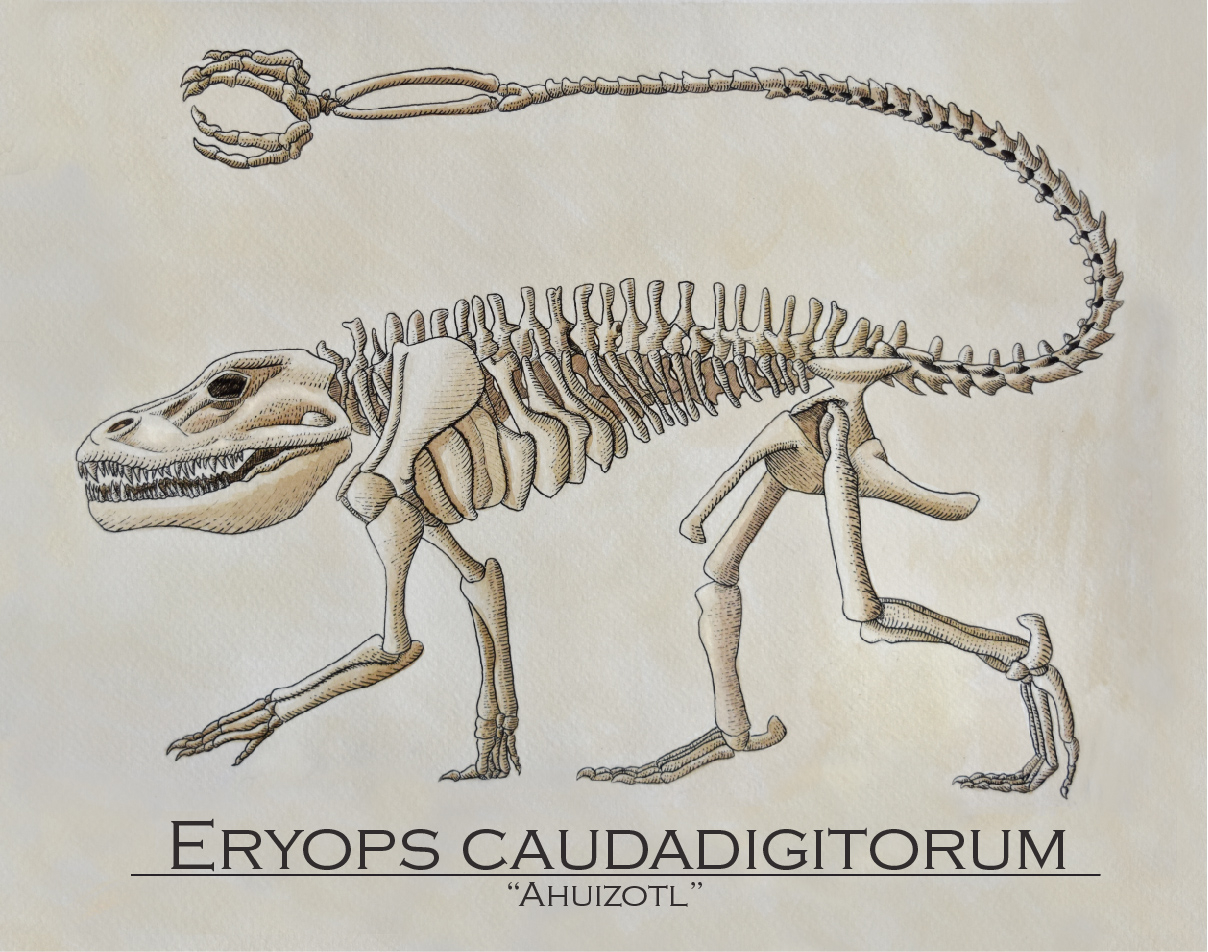