[email protected] Mexico ✭
February 2020 in Horror Character Contest
Hi! This is C'ama-zo'tz, I tought about it as an alien creature, some of my references were the Predator, the wrinkle faced bat, prehispanic headdresses, jewerly and sculptures, prehispanic bat glyphs and also the kapala skulls from Tibet traditions.

At the beggining C'ama-zo'tz was not a god, it was some sort of wild animal brought to Earth by the gods that came down from the stars millennia ago, it was an instrument to them due to its ability to see through time and space, so it was some kind of oracle capable of seeing cosmic knowledge. It was their source of wisdom and power. Over time the gods disappeared from Earth and the creature, left alone, began to be worshiped as a god himself. Due to its vision abilities and aggressiveness, he was related to the bat, a ferocious creature able to see through the veil of night and the unknown, so it was known as C'ama-zo'tz: "the beheading bat". It became an oracle to prehispanic shamans, it showed them visions and prophecies.

As prehispanic gods and shamans it wears lots of jewerly and ornaments, so as a bat looking mask made of jade and gold, on its forehead there is an eye made of shell, depicting the mystical third eye, also it has mayan bezotes (ornaments drilled into the face skin) as fangs and on his chin.

Hope you like my version of the C'ama-zo'tz! Thank you!! Awesome contest! 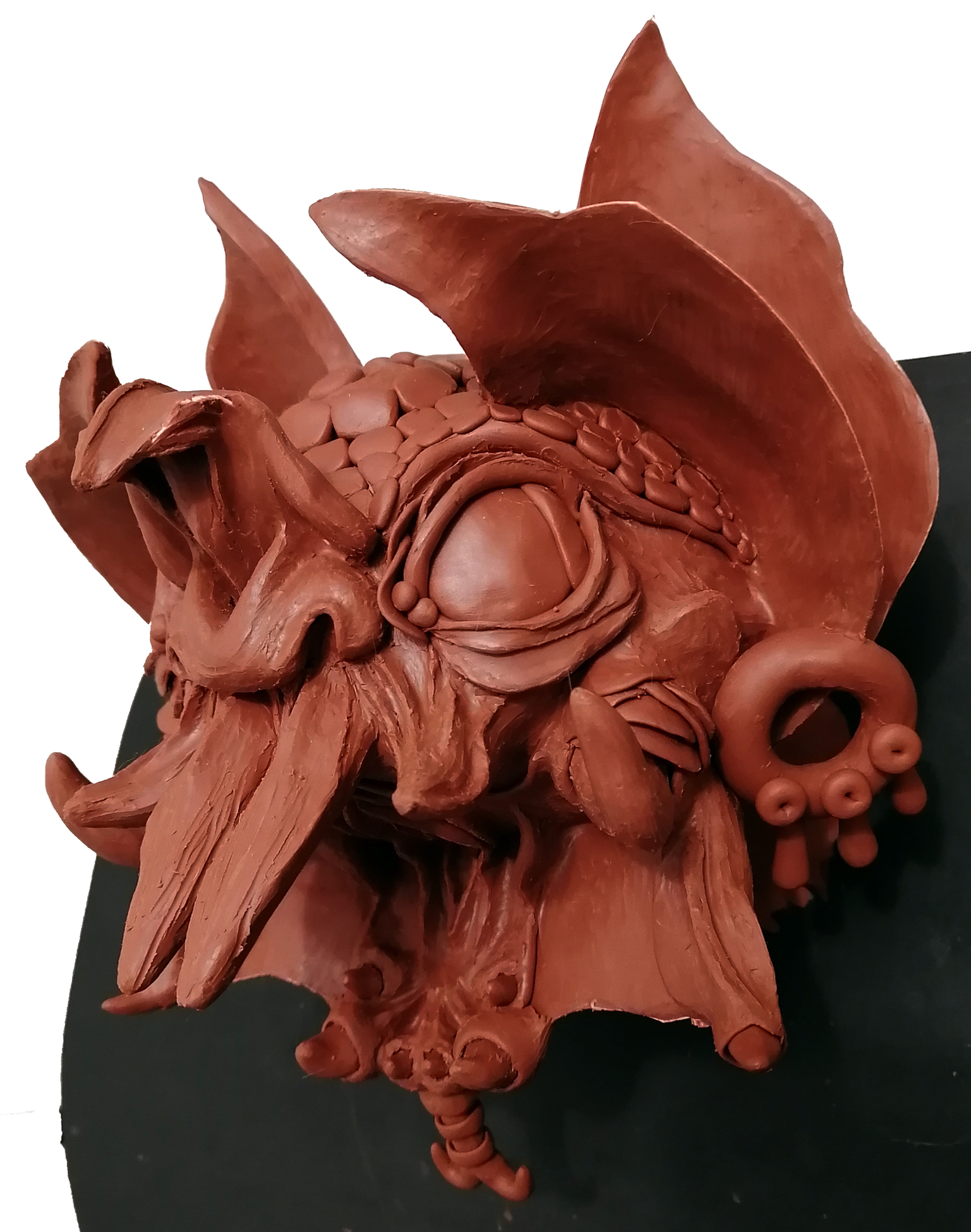 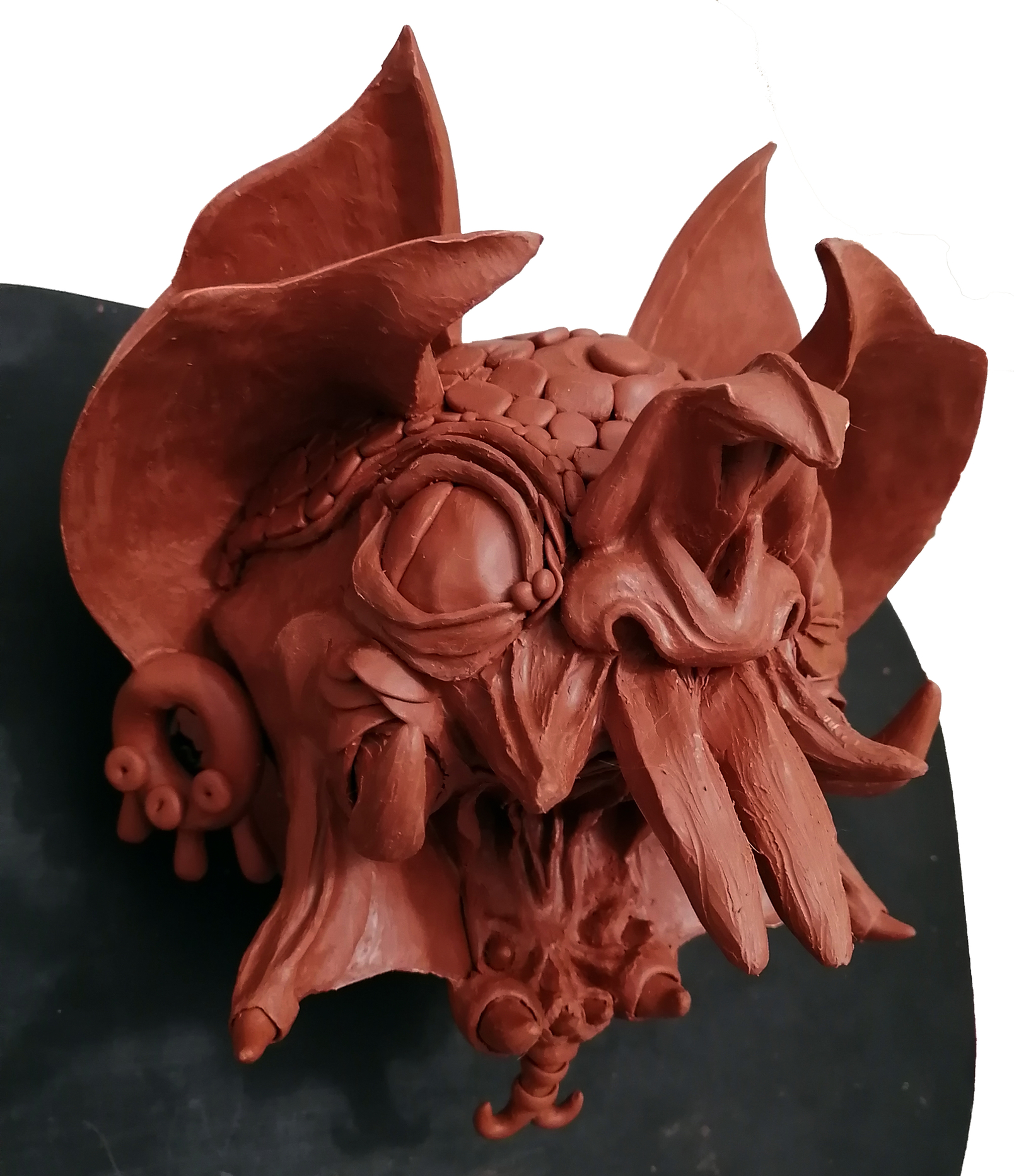 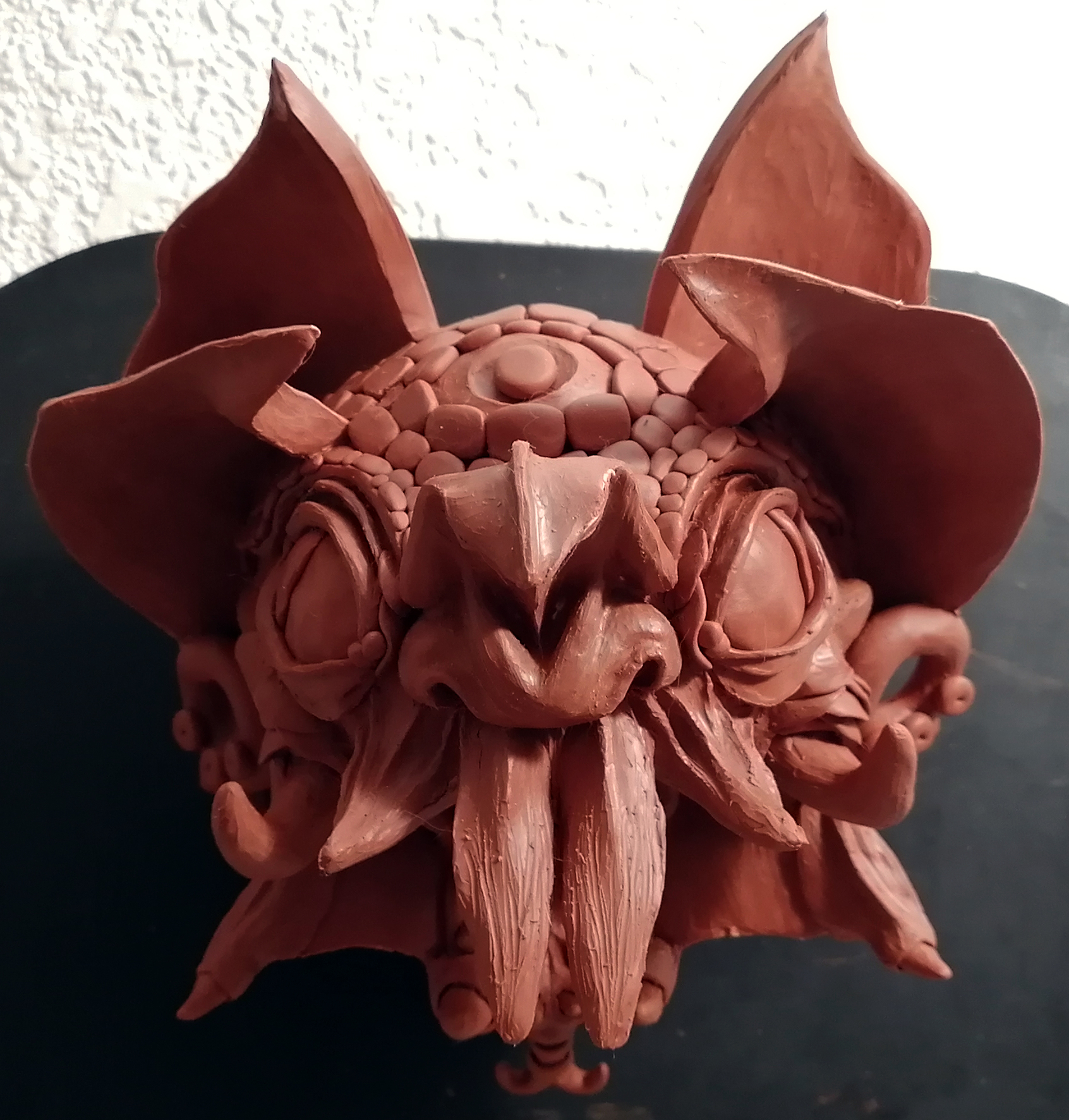 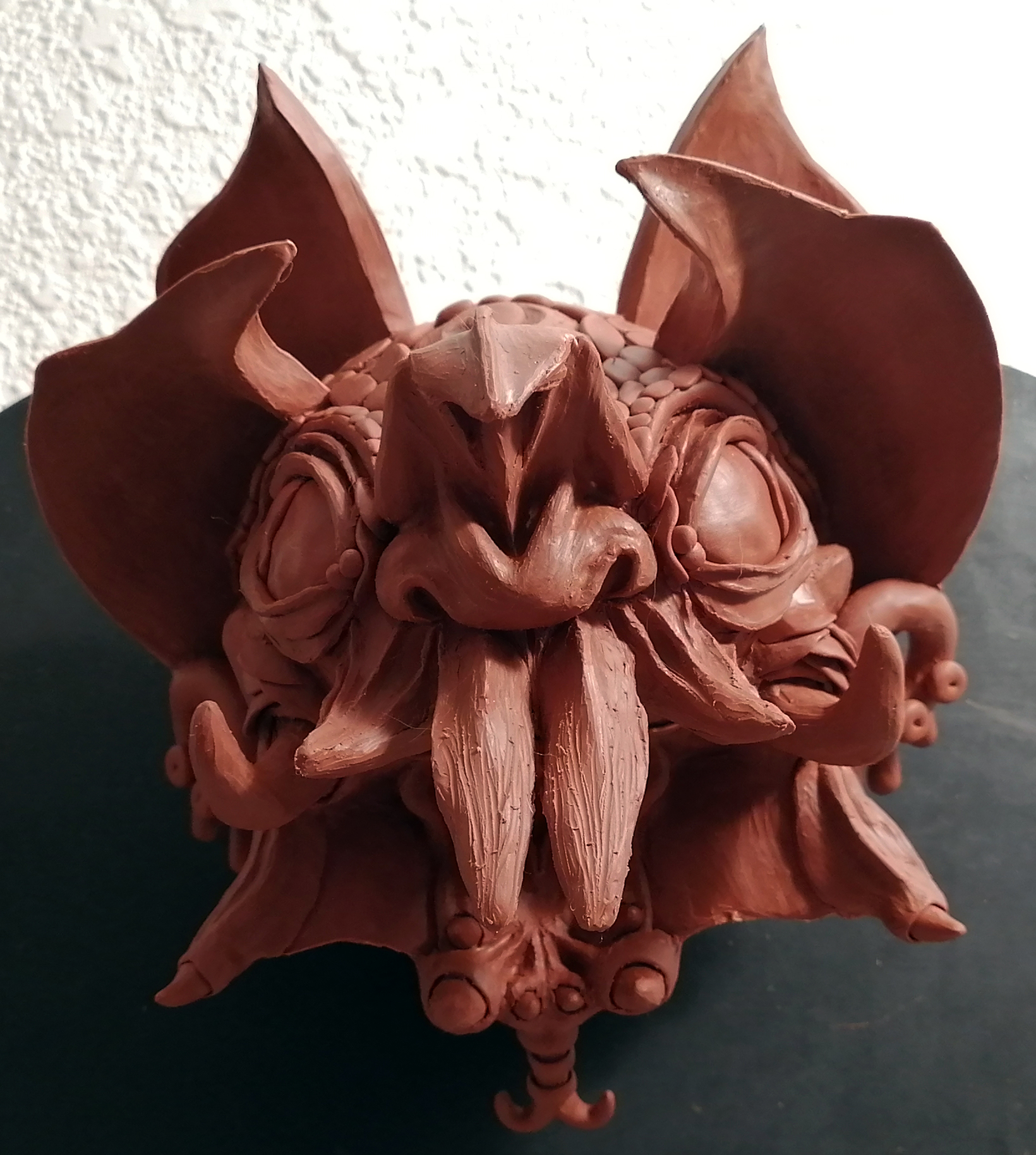 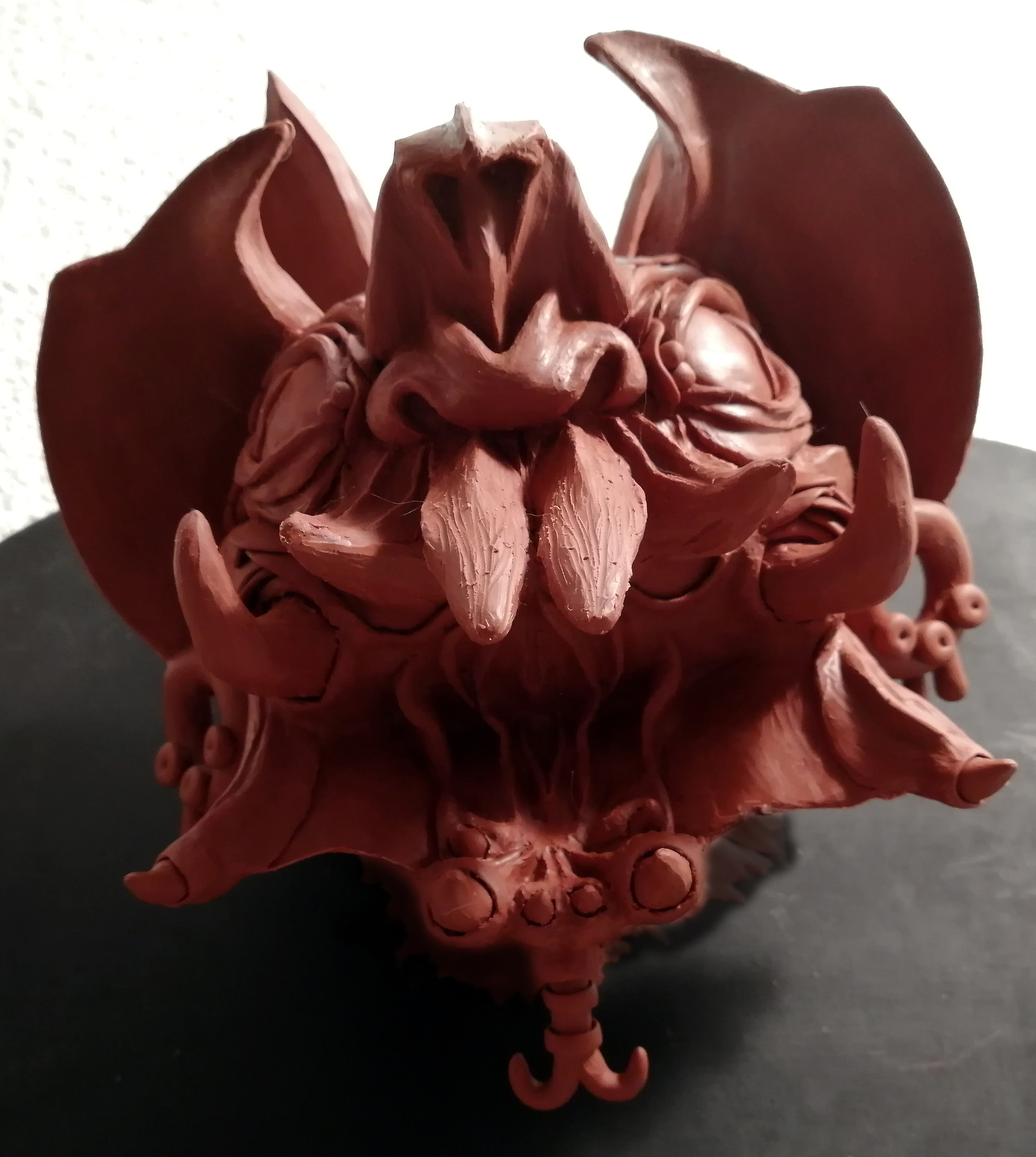 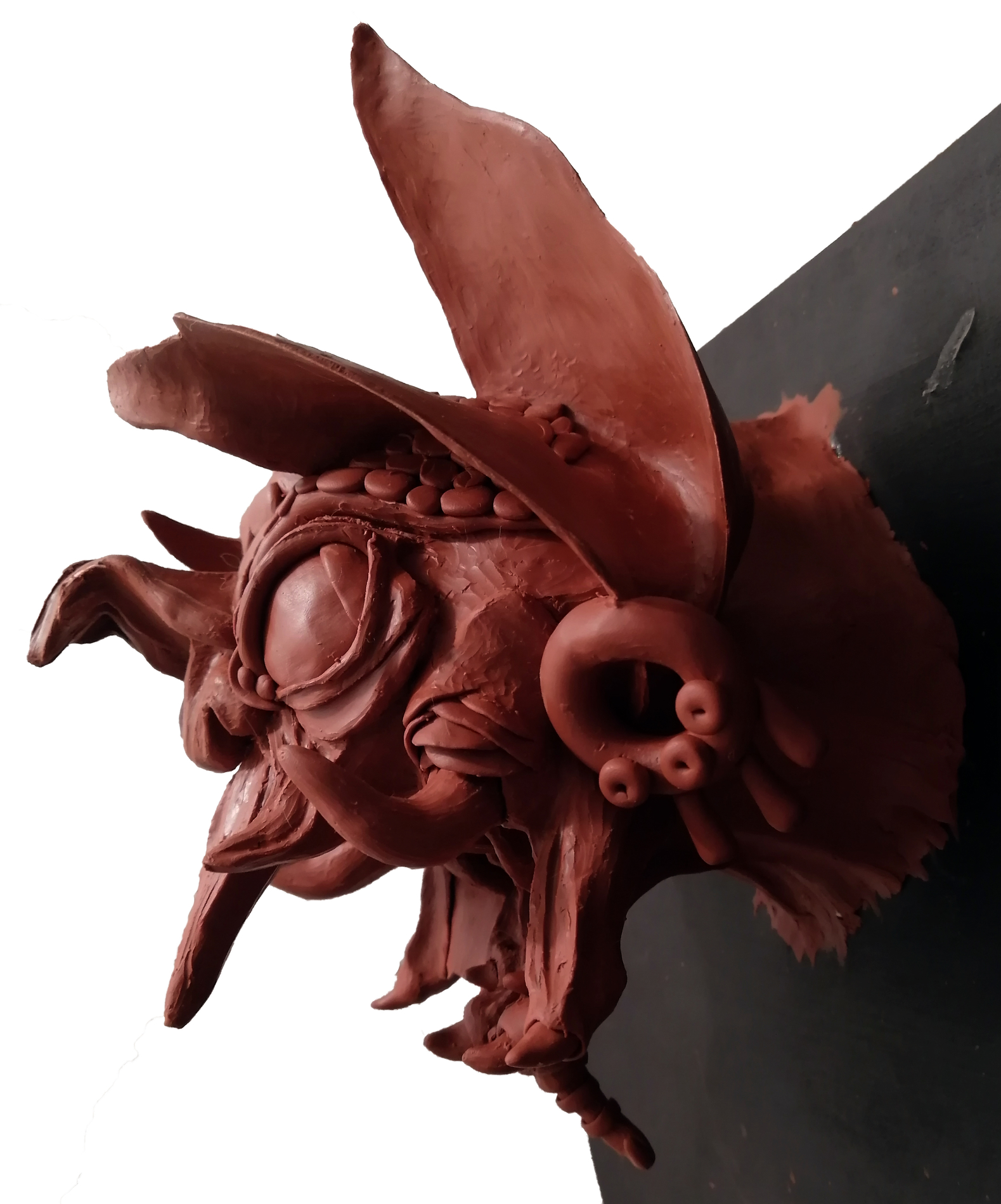 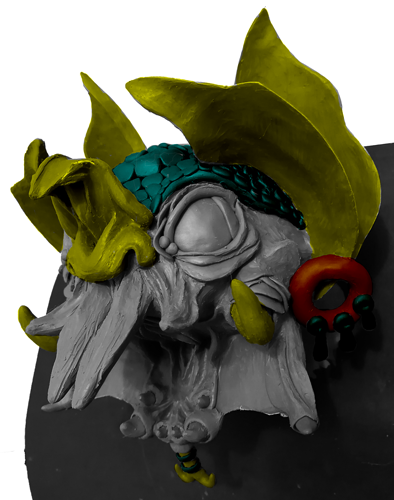 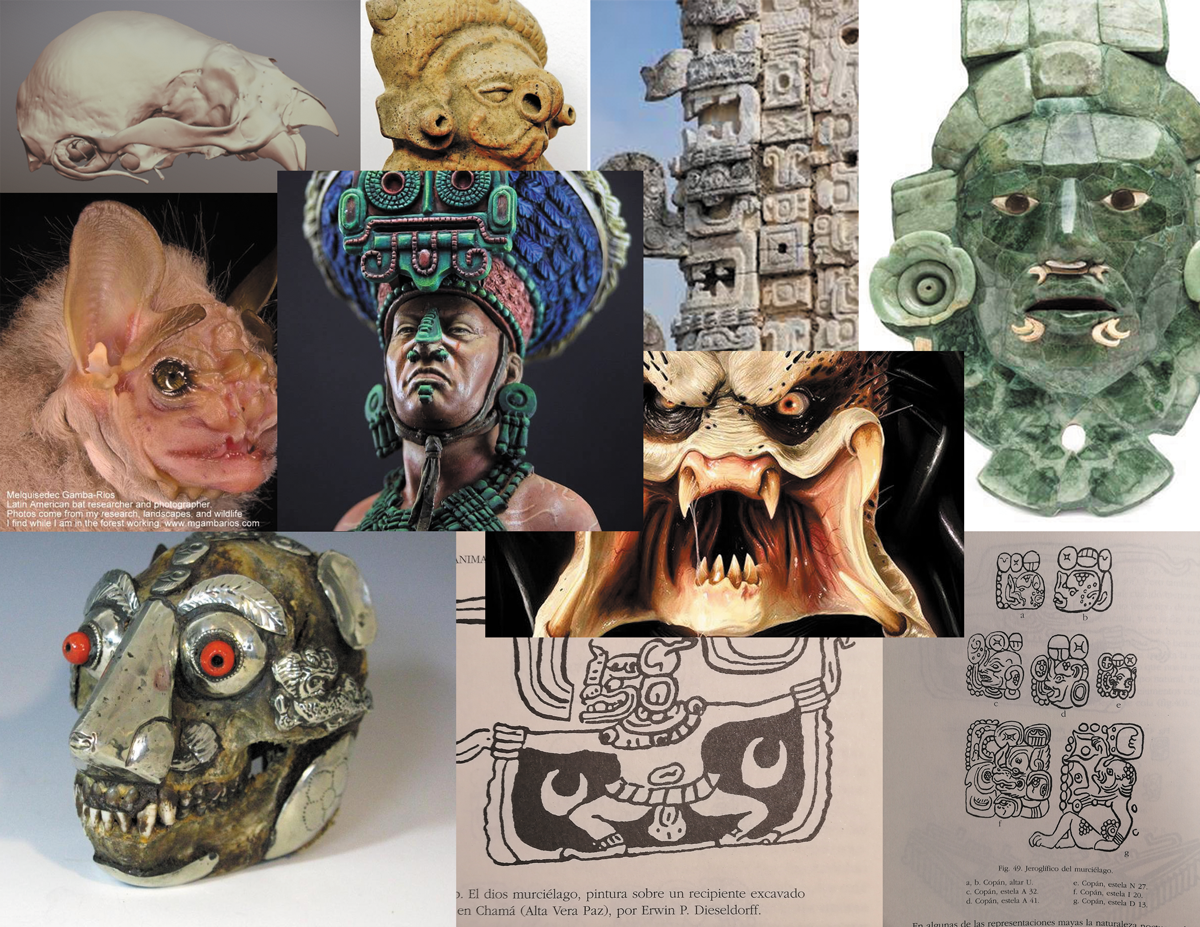