I really wanted to make an LOTR costume that would be scary, so I went Nazgul! 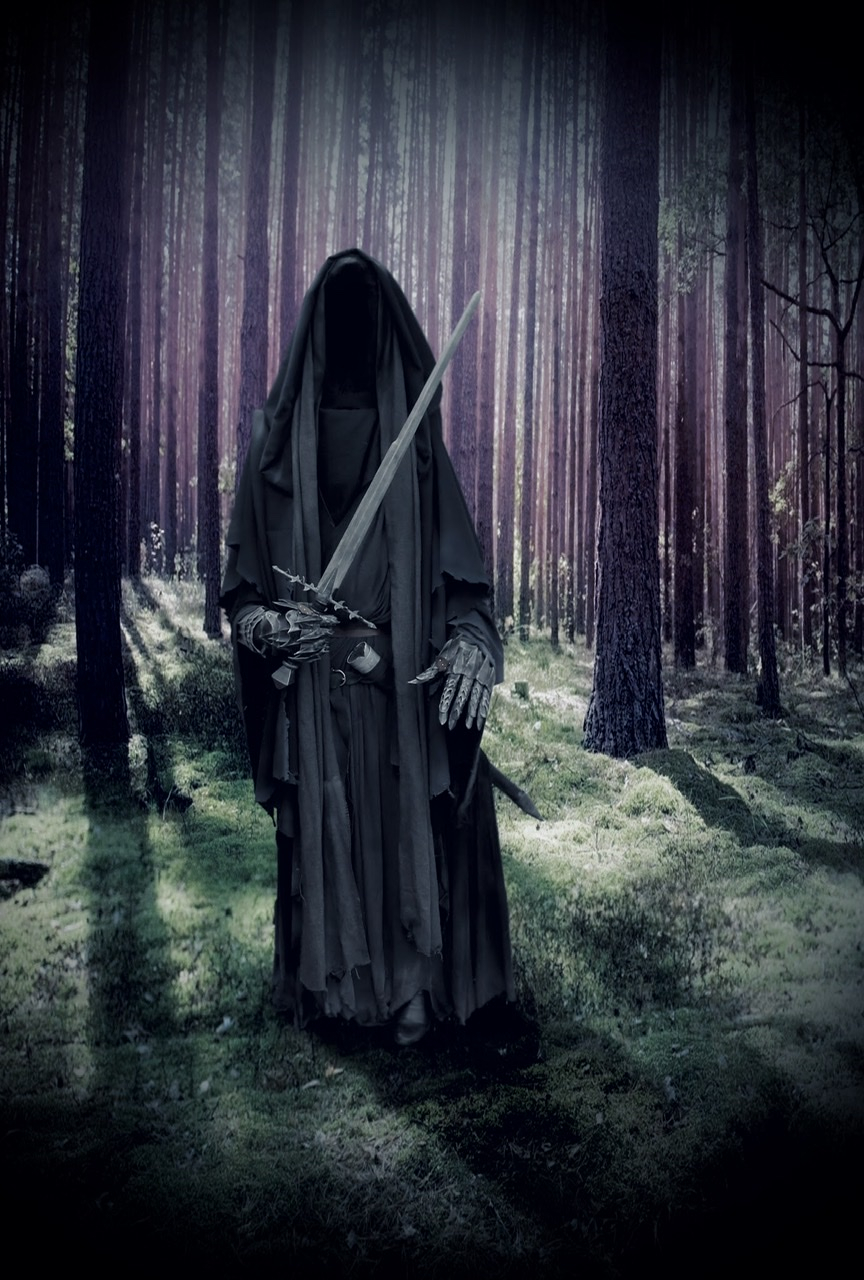 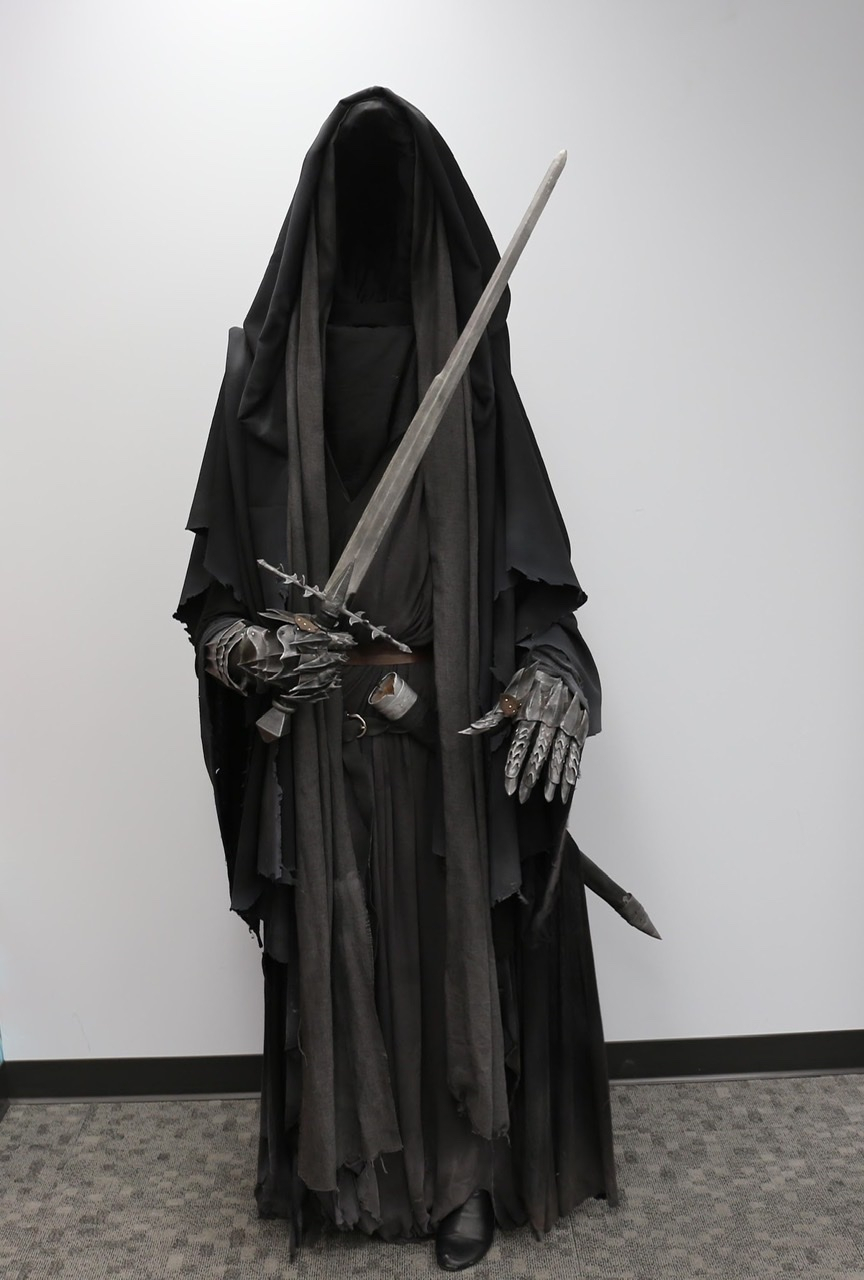 As I'm only five foot two I wanted my Nazgul to actually have an impressive size and not everyone looking down on it. I made a harness out of Sentra to make the nazguls new shoulders and head. Final height of the Nazgul is 7 ft tall.

The gauntlets are made out of foam and attached to leather strips which were then attached to gloves. 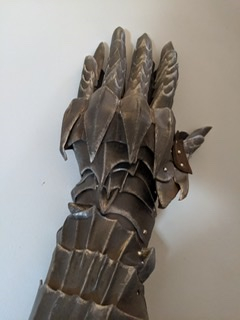 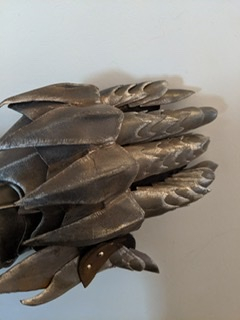 The sword was formed out of wood and filled in with bondo. The handle on the sword was made from 10 mm foam, 2 mm foam, and foam clay.

Sword scabbard was made from leather with foam accents.

The main costume itself is four separate cloaks each treated to age the fabrics separately. Finally the fabrics were ripped and weathered.

I decided to test the costume at my office. While riding in the elevator we stopped on another company's floor where I succeeded in accidentally making a woman scream and run away… I guess it was scary and unexpected to turn the corner and see a 7-foot Nazgul.

Below is a test fit of the gauntlets and sword before dying the fabrics.

After the first fabric dying

Support structure made of Sinatra with Velcro and clip attachments. I wanted to make sure this was something I could take on and off on my own. 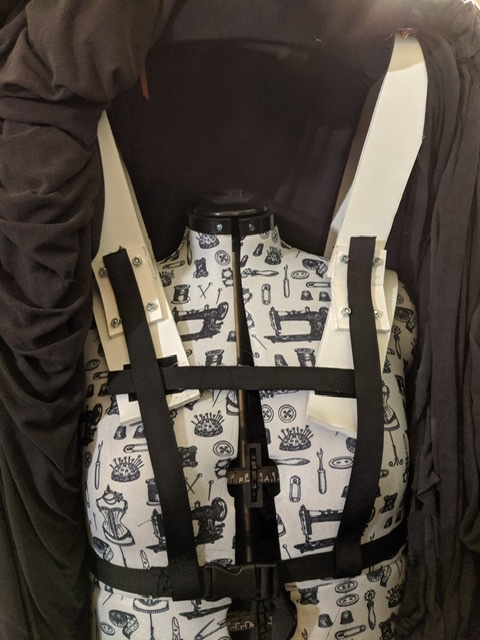