Raija Hansen ✭
November 2019 edited November 2019 in 2019 Halloween Costume Contest
This character is strongly based off Capcom's Monster Hunter World Odogaron Alpha armor set. All armor pieces are made from craft foam, primed with Plastidip, and painted (by hand and airbrush) with acrylics. The monster head at the belt was made from foam clay. Kinsect Defendikus (the bug at my arm) is also constructed of craft foam. Plastizote was used to allow light through certain parts. The wings were made from galvanized wire and cellophane, also painted with acrylics. All aspects of this costume were detailed with a dremel and woodburning tool.

The mask has ultraviolet LEDs in it along with UV-reactive contact lenses. It is controlled externally via a remote; a receiver is hidden within the inside of the front of the mask. The kinsect is wired with programmable LEDs, run by an Adafruit Trinket, and powered with a portable phone battery; the lights pulse just as it would in the game. All wiring and coding was accomplished by me.

The gauntlet at my arm is my "upgraded" version of the game's Slinger. Odogaron (the monster the armor is based on) has retractable claws, and so, the gauntlet was created in such a way that moving my arm would extend the blades and a trigger at my thumb would retract them. It is mostly constructed from PVC piping. The Predator's arm blades were an inspiration for this.

Four-way stretch spandex was used for the under/body suit. The red accents are pleather, and are simply stitched on. The shape of the bodysuit was the hardest part of this creation process as there are so many open gaps. Industrial-strength velcro was used to attach all armor parts.

My hair and the tattoo at my thigh are real. Dreadlocks were added to give the character a more "wild" appearance. Various bones are strung throughout my hair.

A performance can be seen here:
http://www.youtube.com/watch?v=JionJXtmkcs

And just for fun, here is a video I created with my friends featuring this character:
http://www.youtube.com/watch?v=WQIjiLSpoi4

If you would like to see more, I highly recommend checking out my Instagram page @gamedweeber_cosplay
Thank you for your consideration! 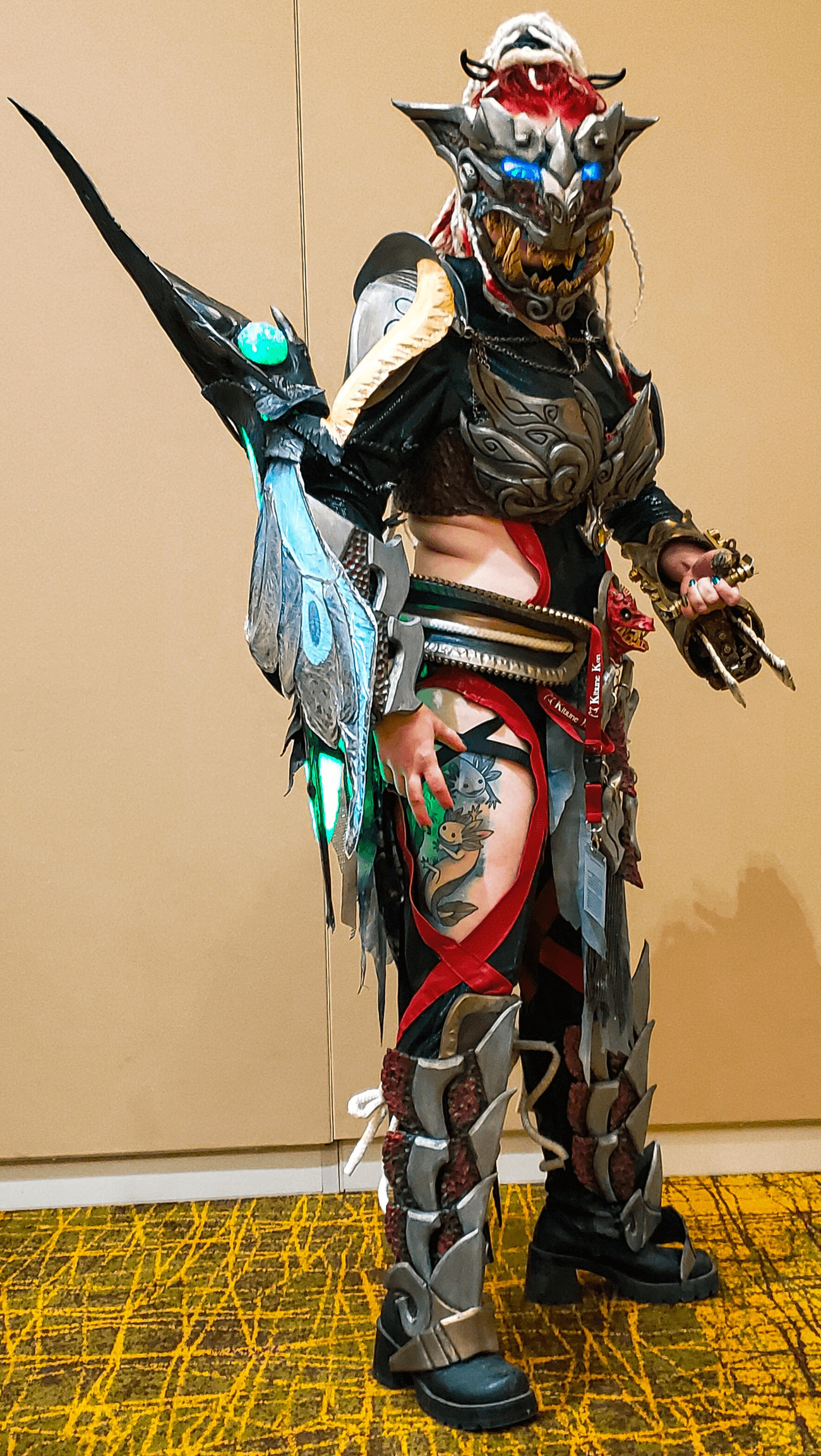 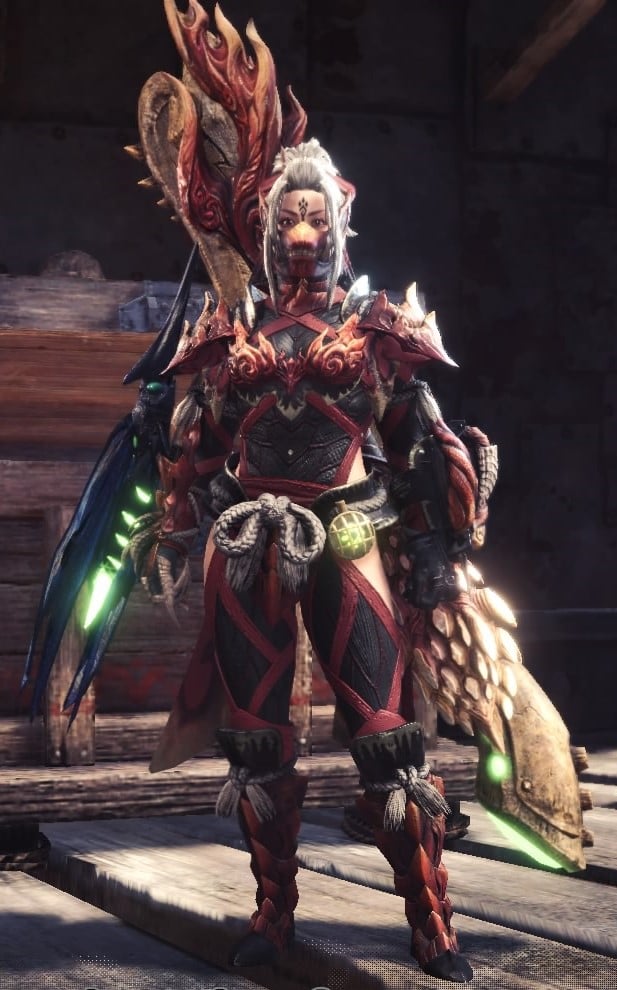 Screenshot from the game showcasing what was heavily used as a reference. 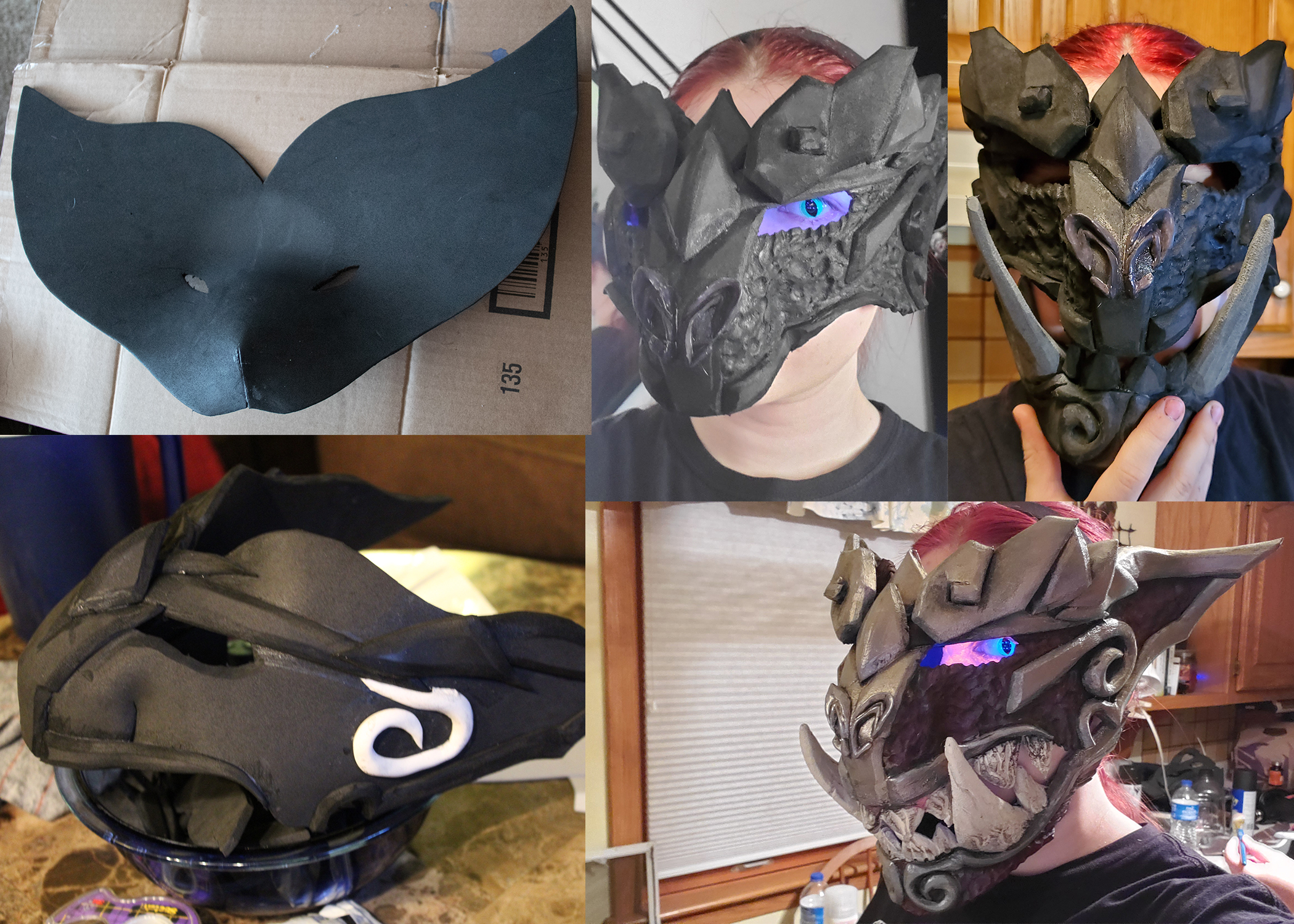 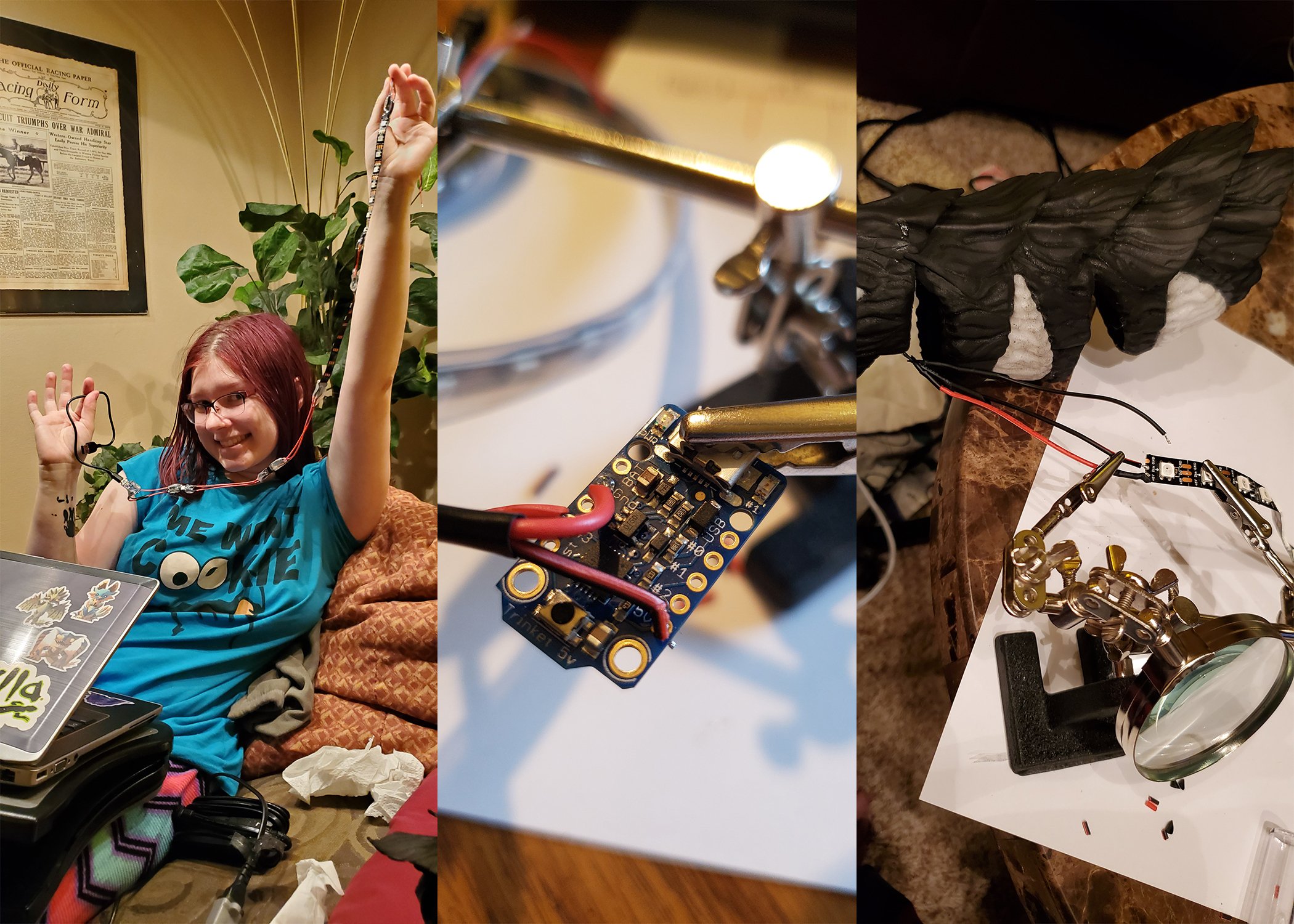 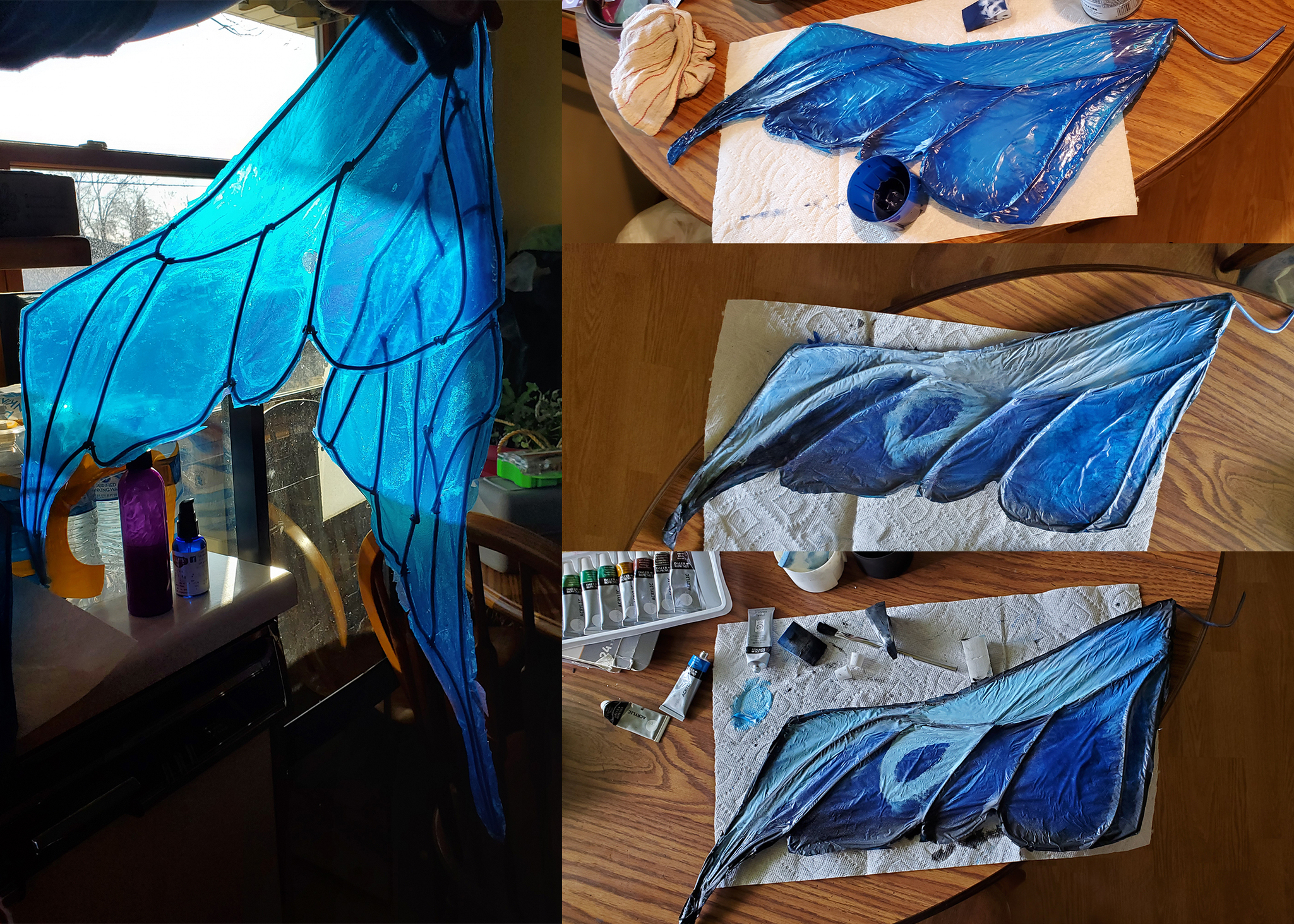 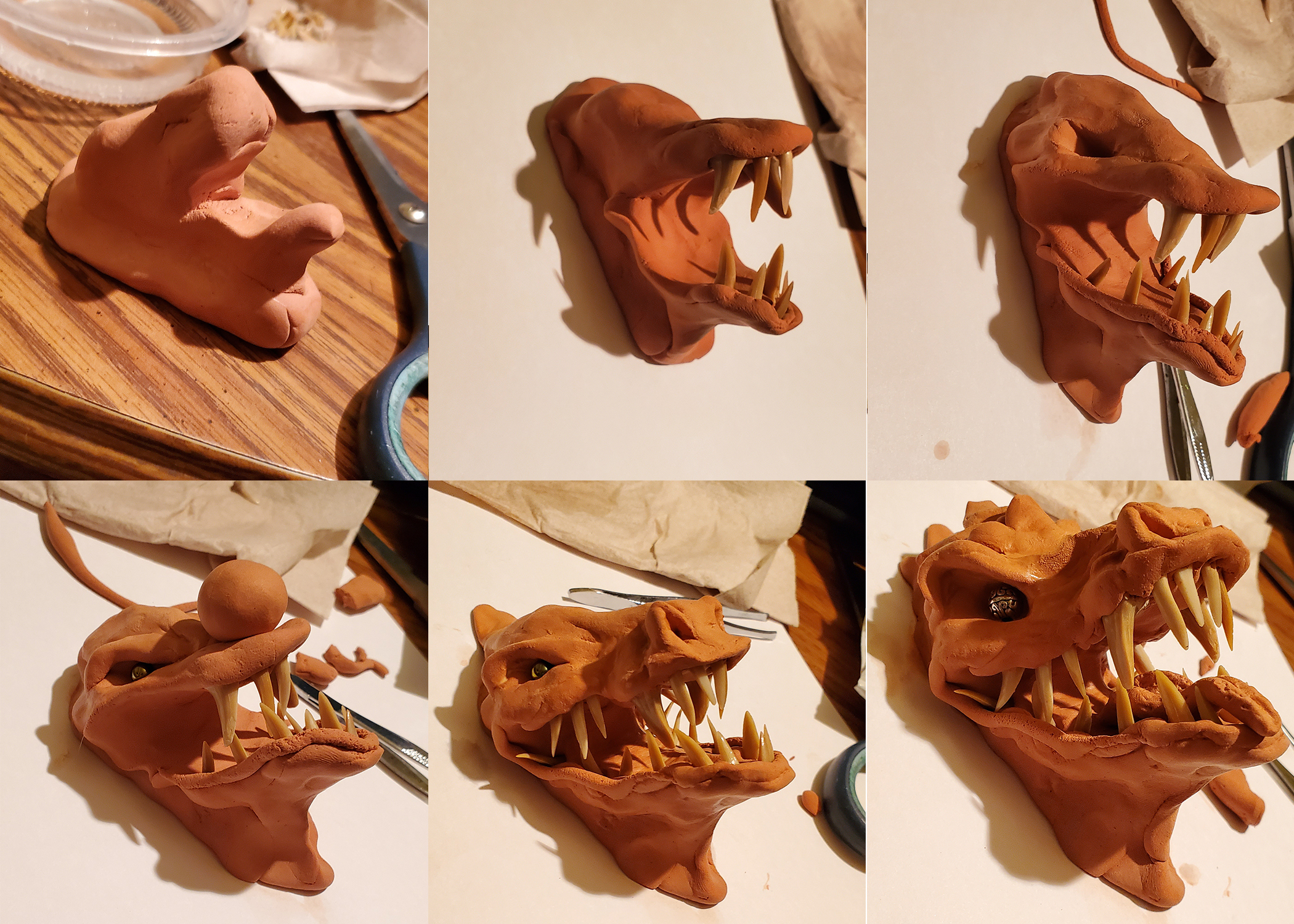 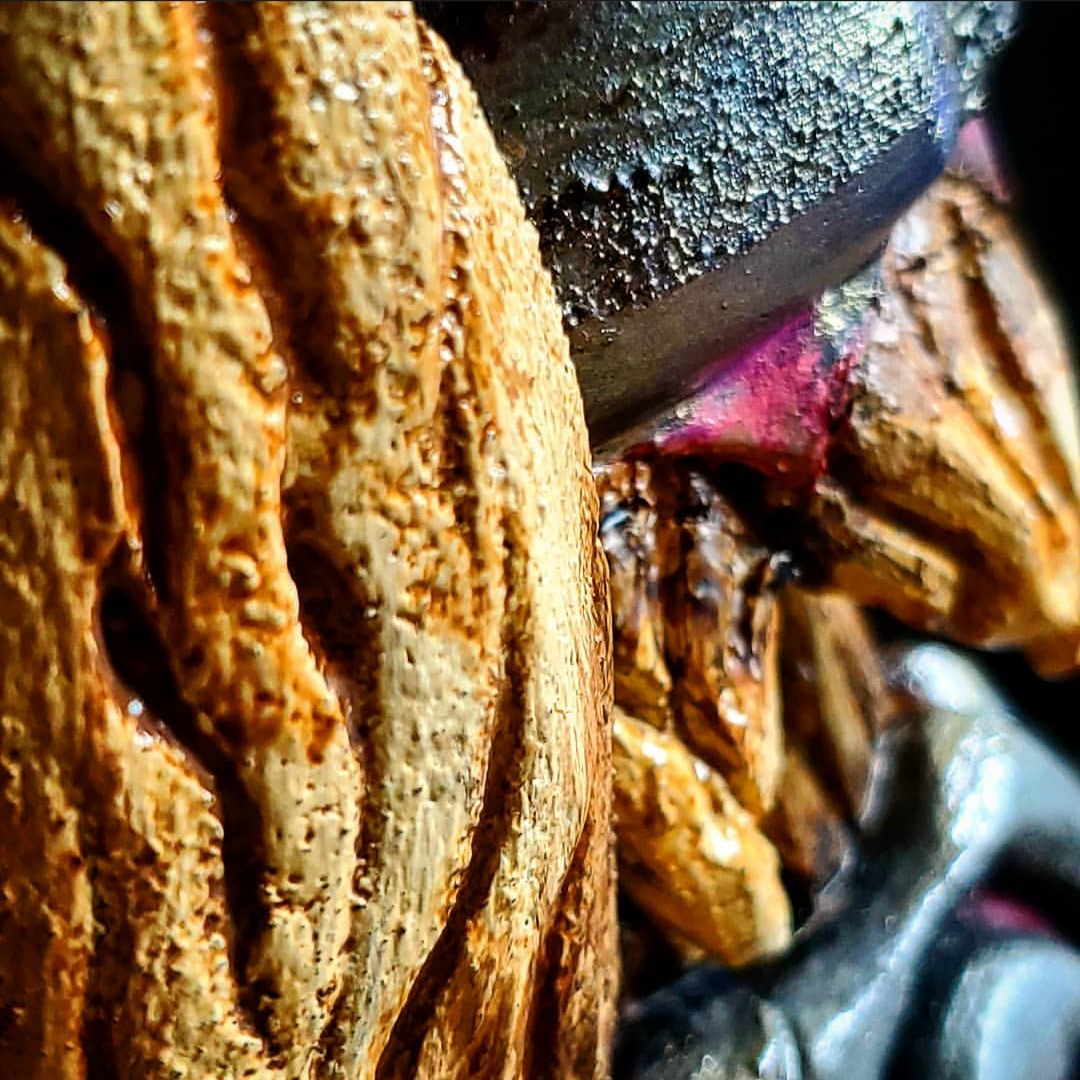 Detail shot of the mask

Later stages of painting before completion
1