Jive Turkey ✭
October 2019 edited October 2019 in 2019 Halloween Costume Contest
Looks like recent costume are allowed in the contest too.  I made this Skeletor costume for Halloween last year.  The face was sculpted over a life cast of my own face so I could make it as low profile as possible (I always feel like skeleton face masks are way too big).  I embedded some magnets into the back of the mask and also into a black morph mask, so the skull could appear to be floating under the hood.  The face and jaw were sculpted separately, so the jaw was actually able to move when I talked.  I was surprised how well it worked.  The hood was just made of out fabric that I sewed together from a rudimentary pattern I made.  The skull itself was sculpted in Monster Clay from which a silicone/plaster mold was made (Rebound 40, Ultracal).  A resin cast was pulled from that using Smoothcast 57D.
The goat skull on the staff was made from a mold of a real goat skull, but to add a sense of fantasy, I added some demon horns instead of actual goat horns.  That was also a Rebound 40/Ultracal/Smoothcast 57D situation.  The rest of the staff was made from dowel, random bits from the hardware store, string, leather rope, and a flagpole screw so it could be separated into 2 to fit in a cab.
The armour was all made from EVA Foam, coated with PlastiDip and painted with acrylics.  The little Hordak detail was a Monster Clay/Rebound 40/Smoothcast 57D process.  Some of the other details were buttons and various round bits I found at fabric stores and hobby stores.  The base of the chest piece was a Roman halloween costume, but all of it was covered by my EVA foam of various thicknesses.  The only part I didn't make was the morph suit I'm wearing underneath everything and the cape 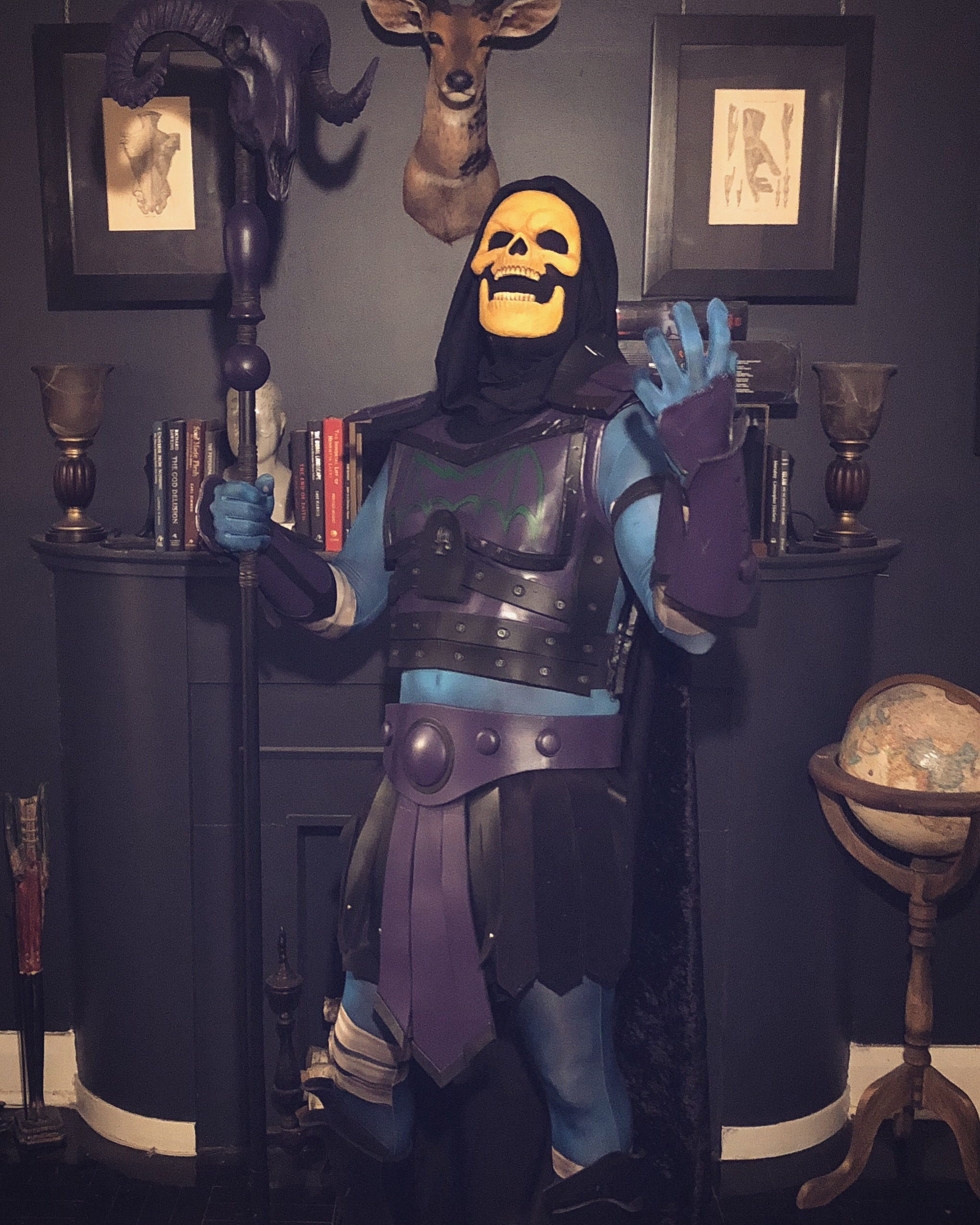 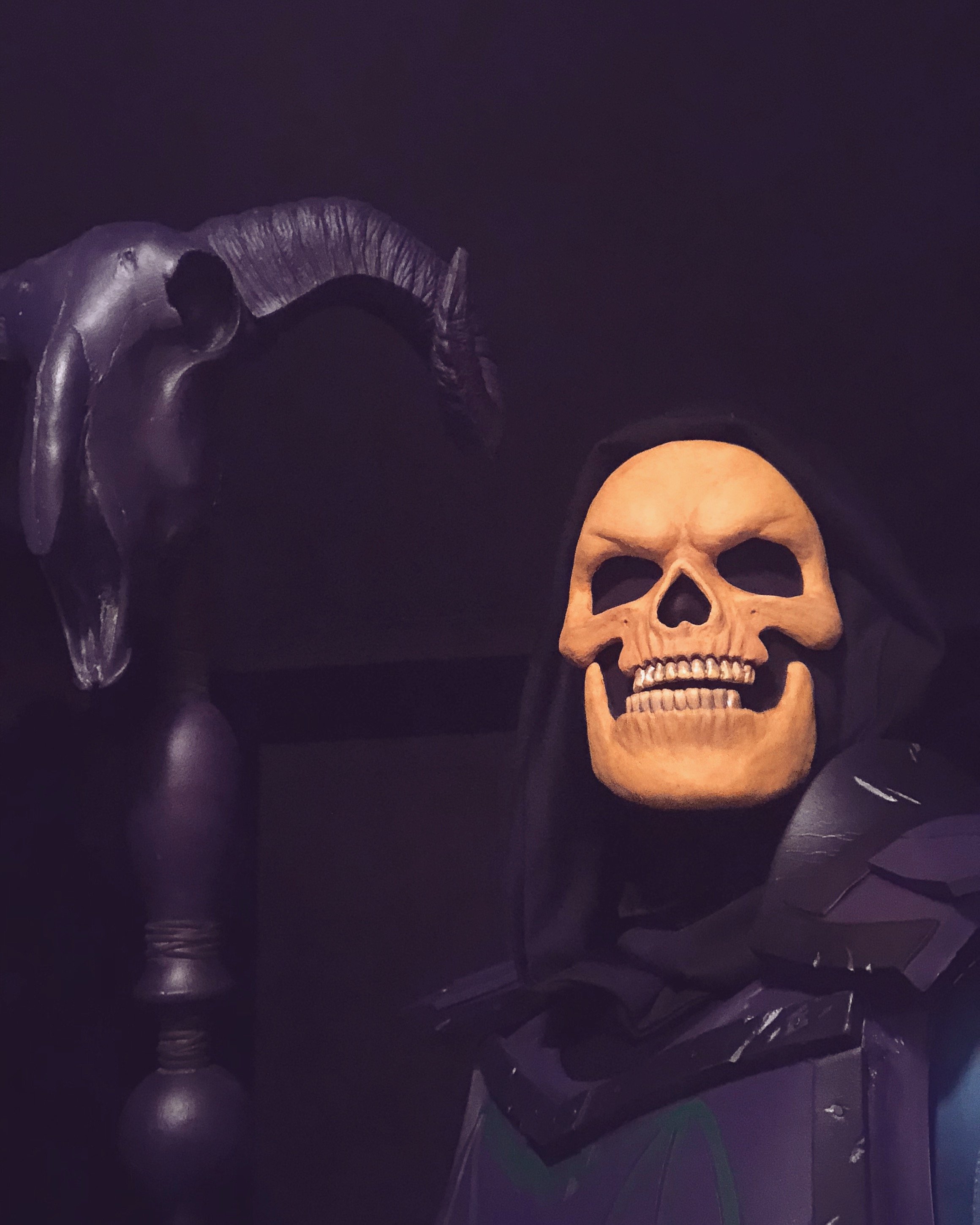