My live action Beast from 2017's Beauty and the Beast

Creative Guy ✭
October 2019 edited October 2019 in Costumes & Cosplay
This is my Beast costume I made back in 2017. Funny story I had never seen the original animated Beauty and the Beast and didn't have interest in seeing the new live action version. Just didn't care to see either one. My wife is a fan of the animated film and wanted to see the 2017 version. I fell in love with it to be honest and ended up seeing it six times. A few of those times were to really pay attention to the look of Beast because I wanted to do a Beast costume.

I had never done any work with silicone or hair punching before this project. Same with dyeing synthetic fur. All of which I had to do for this project.
I watched the course with Deborah Galvez on Fur Transfer, Flocking and Hair Punching to learn more about working with hair. I only used fur punching on the costume with the mask. The mask took me about a month of punching the hair into it on and off during my free time.
I sculpted, molded and cast the mask in silicone. I had to build muscles onto a spandex suit with cheap egg crate foam from Walmart, flat side out. I also used that foam to build up the weird curves of his legs. I'll admit I went for safety over accuracy for the odd bent legs. I didn't feel like trying to balance myself on digigrade legs so just padded it out and added 3 inches of height to my feet by making platforms using 2 pairs of crocks and a pair of cheap shoes, all glued together.
The hands I made by buying a werewolf costume set and I repainted the hands with acrylic pants. I also sculpted and cast the horns in plastic.

The claws on the feet are made of hot glue.

The shirt I made completely and the pants, depending on the photos, are either modified 3x scrub pants or 2x sweatpants. I only put fur on the costume where it would show.
When I first wore the mask the eyes were a bit wonky and I later cut them open a bit wider and wore dark make up around my eyes to make them more visible.

Now on to the photos.

Dragoncon 2017 The first year I wore it. 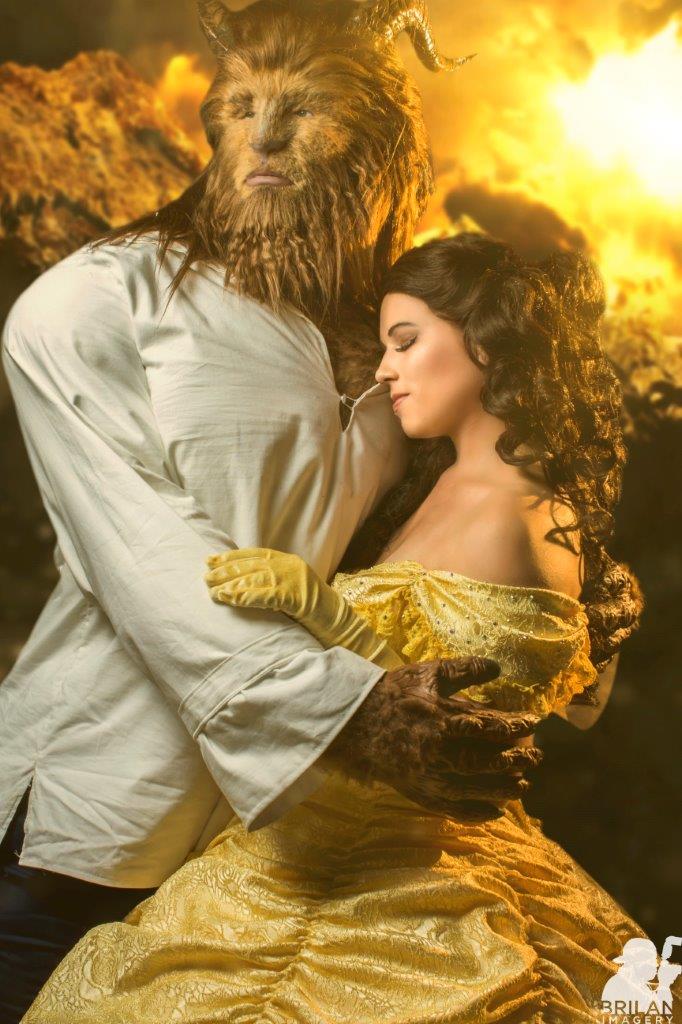 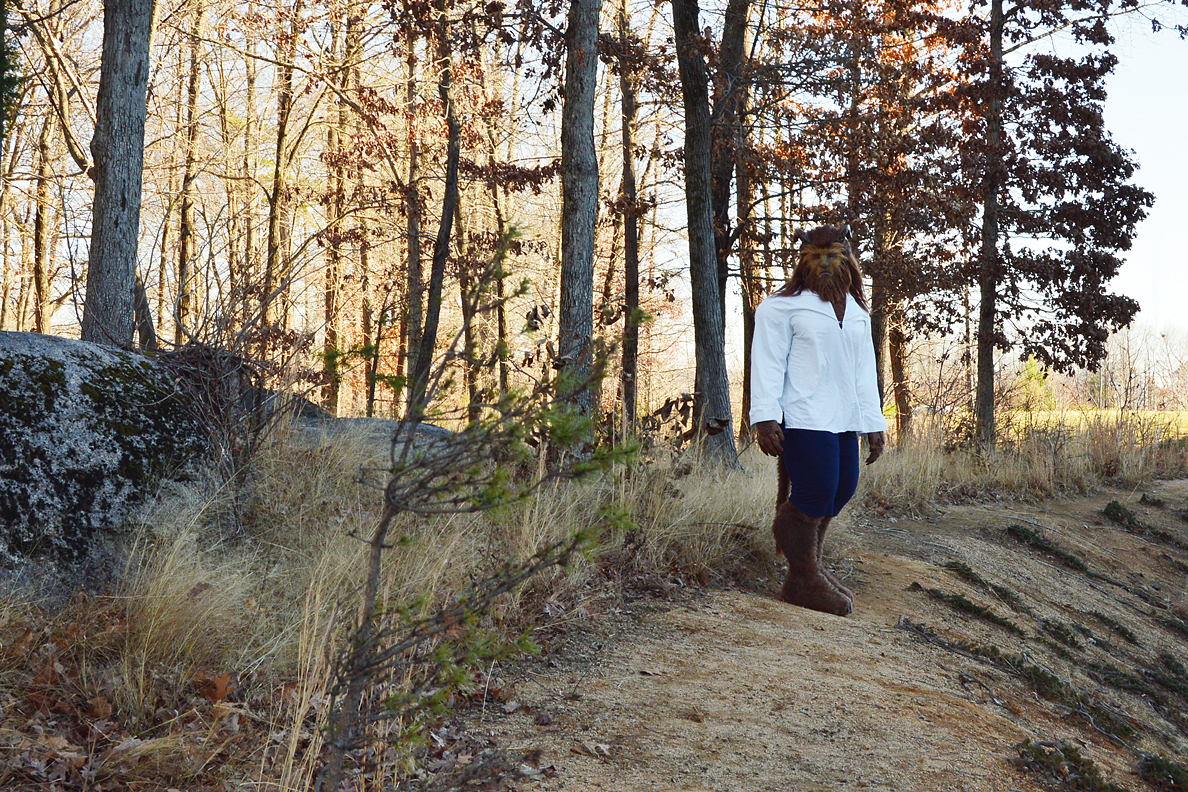 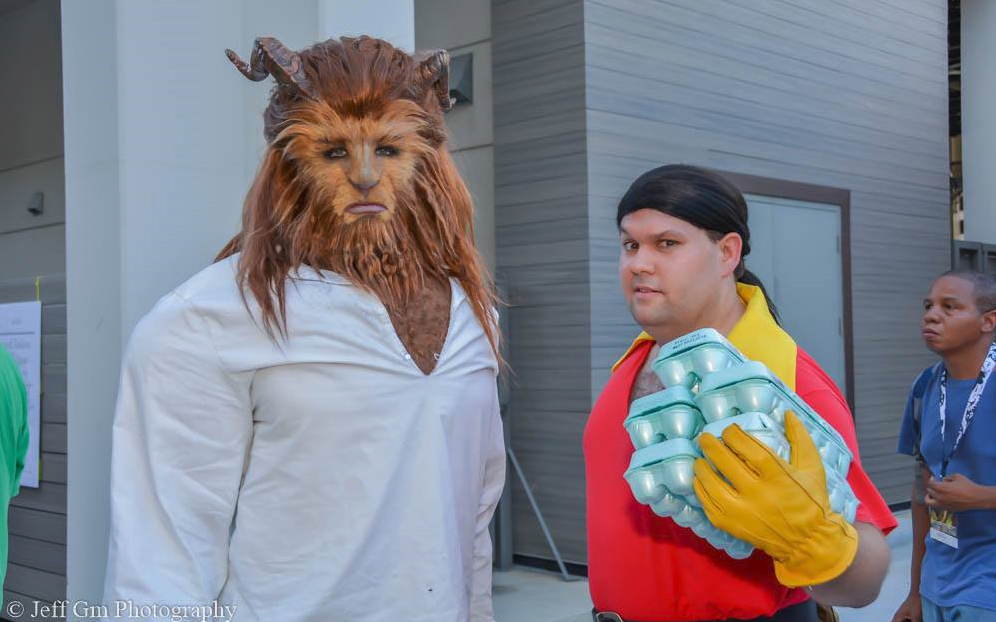 I hope you all enjoyed this look at one of the biggest costume projects I've ever done.