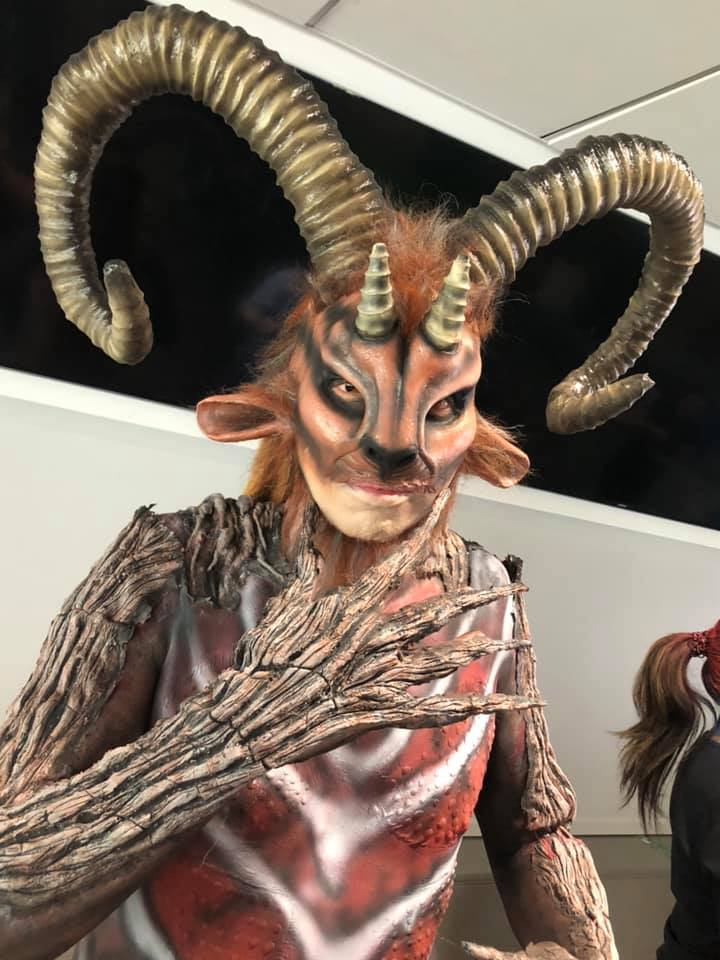 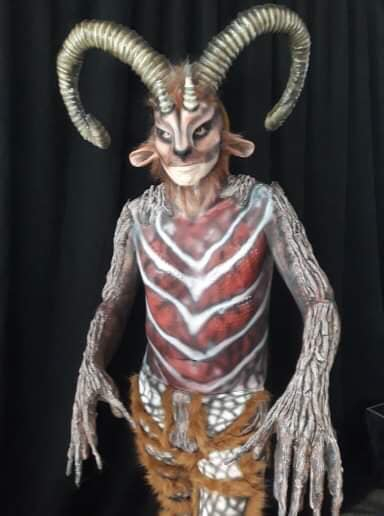 So I wanted to create a Faun from another culture. Africa has many horned animals with varying species of Antelope that are often hunted as trophy animals. I wanted t do a makeup inspired by these animals as a protest against killing them for sport.

Colours used on this makeup are largely taken from the African 'Bongo', a large forest species of Antelope.


For this makeup I Made the following:


1. The face piece was sculpted on another life cast.  moulded them ran in foam.
2. Ears - these were also sculpted/moulded and ran in foam. They were applied over the bald(Latex) cap with the models ears tucked under the bald cap.
3. Latex bald cap made on a read head.
4. Horns - they were made from paper mache, then attached to a really thick partial bald cap, which was then attached on top (The bald cap was also thick on the top to support the weight of the horns and minimise any stretch due the weight of the horns) The horns were then painted.
5. Latex pieces - these were made from the arms to look tree-like in appearance, They were sculpted, moulded then cast/painted and applied by me.
5. Silicone pieces - small silicone pieces were made and attached to the chest to represent 'African scarring' as that is the culture this makeup was based on as well as the African Bongo as the animal part of the design.
6. Costume - Pants, these were a mixture of a mottled pattern, fur in between and the bark-tree-like texture down the sides to continue the theme from the arms and shoulders.
7. Crepe hair - this was attached around the face, on top of the head (as well as some of the fur from the paints/costume) to help bring it together a little more.

Note; This is my second entry as I believe the competition rules mention you can have 3 entries.

Good luck once again to all who have entered.