This is a breakdown of my entry:

Life casting: the model had the following cast:

Centre of the face: Nose/Eyes/Cheeks - as I wanted to sculpt a larger nose and bigger cheekbones/eye bags. This is the middle piece of the makeup. The forehead and chin were supplied to me.

Hands - I cast these as I wanted to make hands that had extra long fingers. So these were sculpted/cast and painted to fit the model. I also made the nails.

Teeth: I cast the upper and lower teeth of the model and made them out of acrylic.

Bald caps: the main bald cap was an acetone plastic cap. The a partial bald cap was applied over this. This partial cap had decorate hair already attached - made by me.

Ears: Models ears were also cast, then I sculpted the shape I wanted, moulded and cast and painted them. Cast just out of latex.

Costume: Made by me with the theme of a forest/swamp in which the character lives in, almost to help her camouflage.

Water based body paints and Pax was used to colour the remaining skin. Sponging and mottling techniques were used.

I was also assisted by Reannen Camilleri due to time limitations.

This make up was applied on stage (Or completed I should say) on stage at the last Sydney IMATS (International Makeup Artist Trade Show) where I spoke about foam latex application. A photo of it also appeared in Makeup Artist Magazine. (I cant remember the issue number)

Hope you all appreciate this makeup and as always any feedback is welcome!

Good luck to all 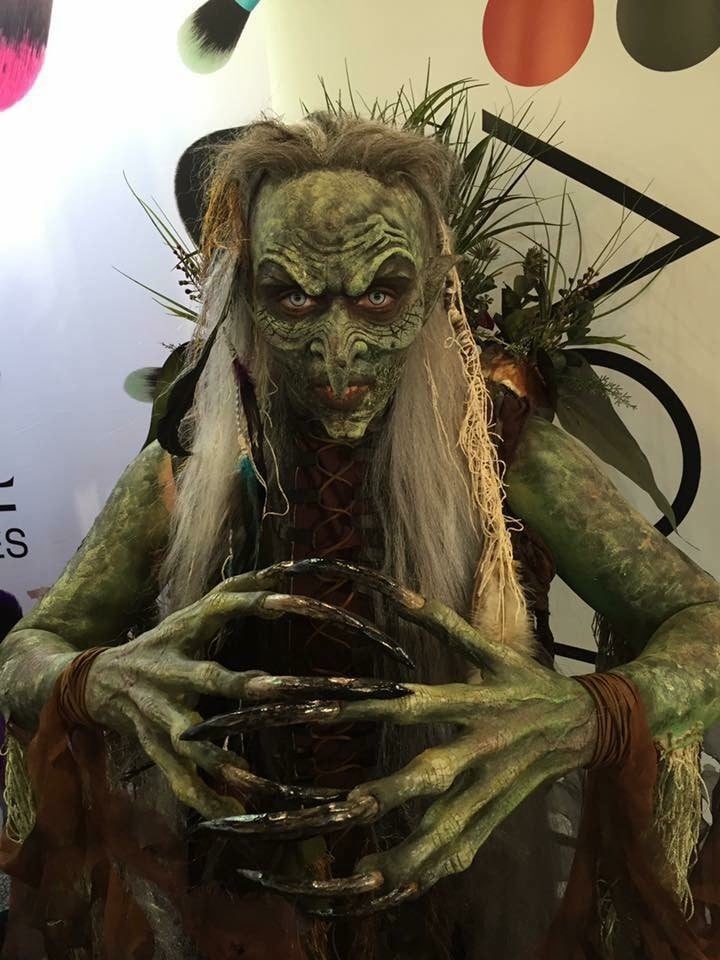 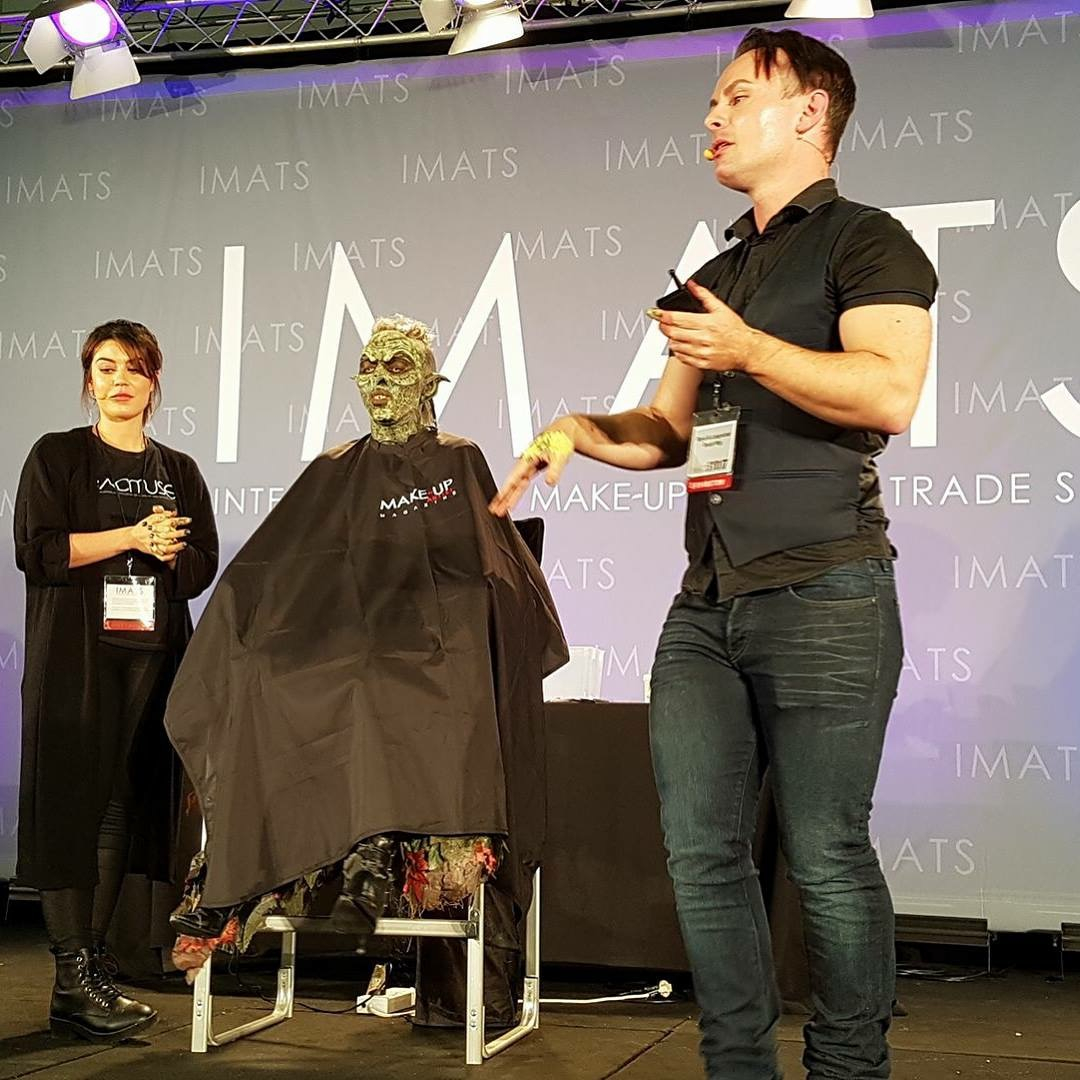 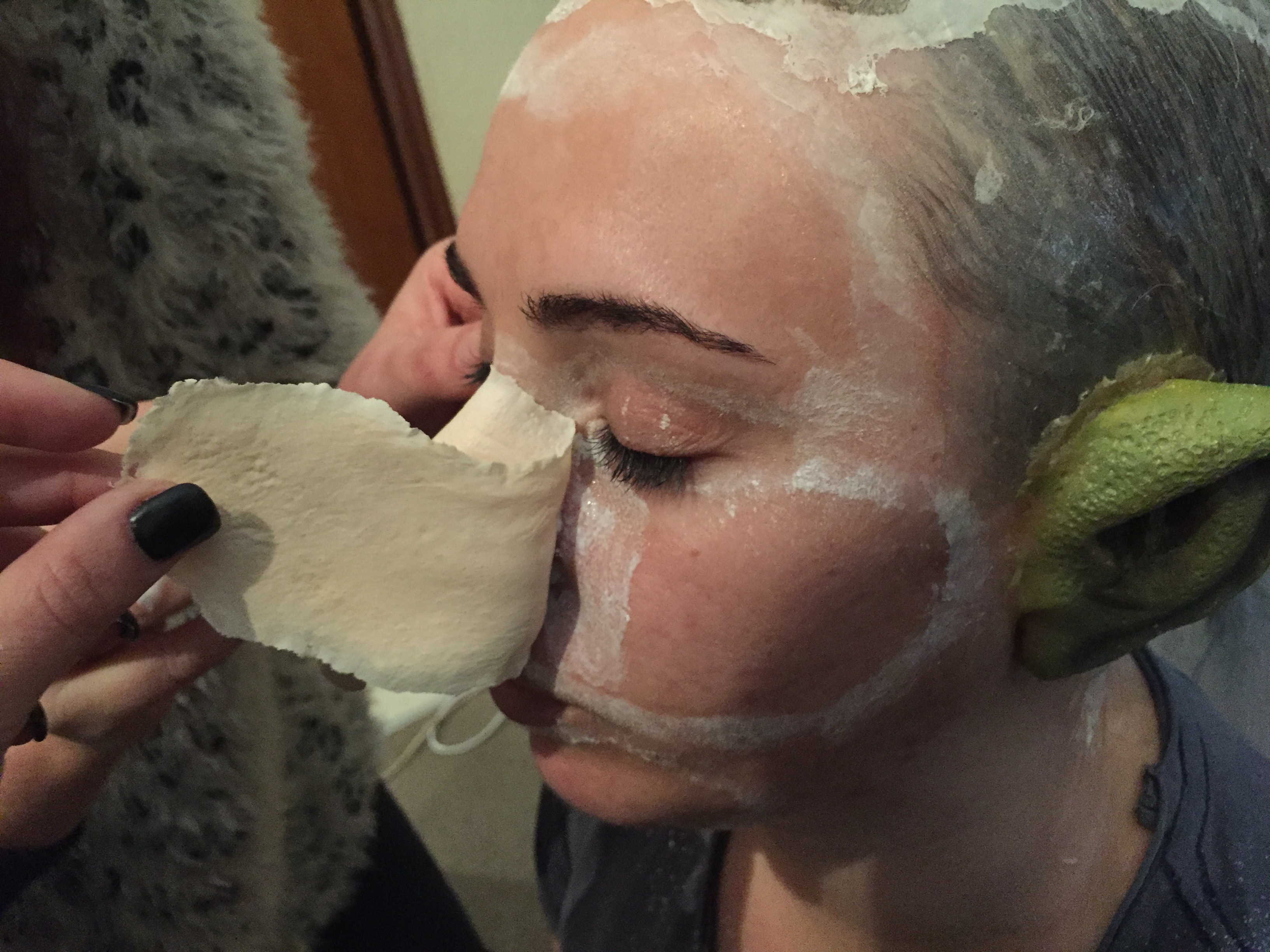 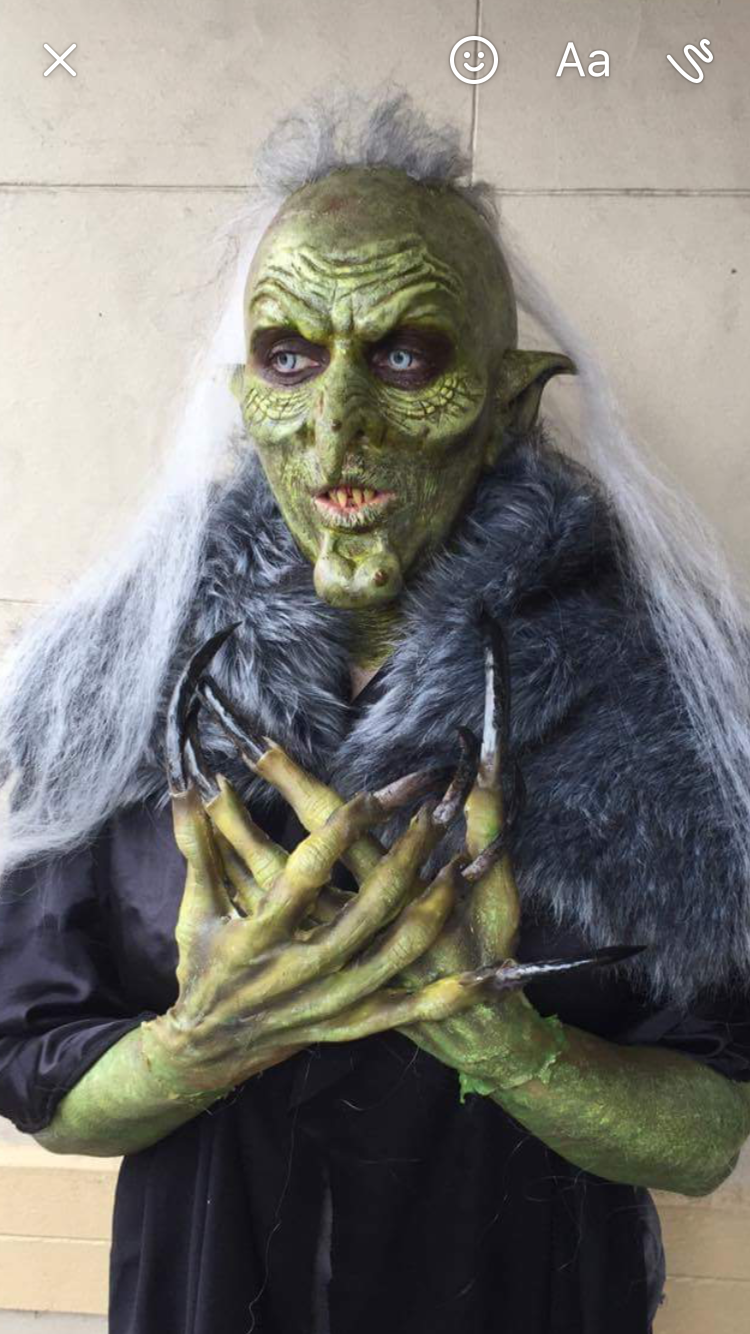