John Grady was terribly bullied as a child. Being overweight, many of the kids he went to school with would call him names like “piggy” or “fat swine”. One day, when Grady was in high school some kids decided to take a practical joke too far. On his walk home from band practice some bullies followed Grady, grabbed him, placed an old potato sack over his head and took him to a nearby patch of woods. They tied him by the arms and legs in a spit roast fashion over a fire pit while placing an apple in his mouth and calling him “pig man”. One of the boys didn’t get the memo and accidentally lit the fire causing the entire left side of his face and arm to burst into flames. Once the boys put out the fire, then ran and left Grady alone, helpless in the woods. Disgusted with his new appearance, Grady ran away and wasn’t seen for years.

John Grady decided he would fulfill his destiny and finally embrace the only identity he knew. He found a pig farm, sliced off the remaining parts of human skin he had left, replaced it with pig skin, and protected the burn with metal to prevent further damage. He is now out on the hunt to get revenge on the boys who hurt him for years and anyone else who gets in his way. As for anyone who’s heard of his gruesome murders, they call him “The Butcher”. 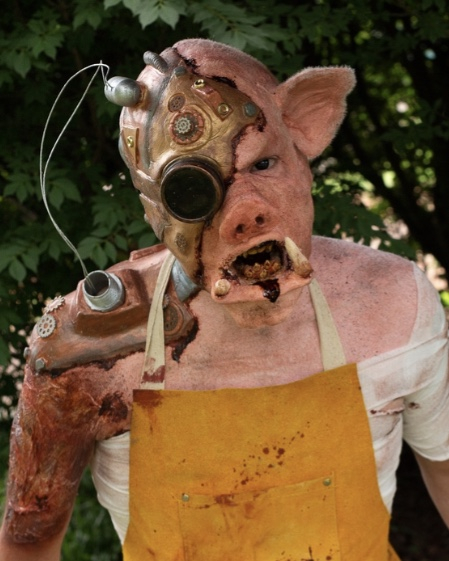 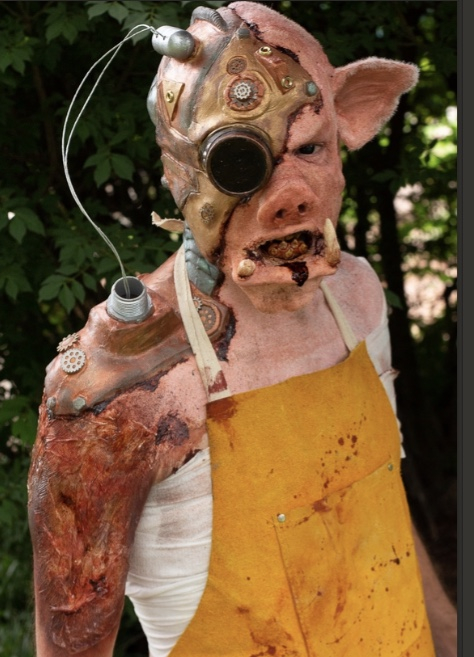