Kelly Mahler ✭
September 2019 in General
Had such a blast making my spider queen mask last year. This year, I really want to try and see if I can incorporate some movement effects, so I'm hoping to learn a lot from the 3d printed eye animatronic course. Not gonna do all of the eyes, obviously, but one or two would be so damn cool. Guess we'll see what's possible before Halloween gets here.

Concept art is done at least. 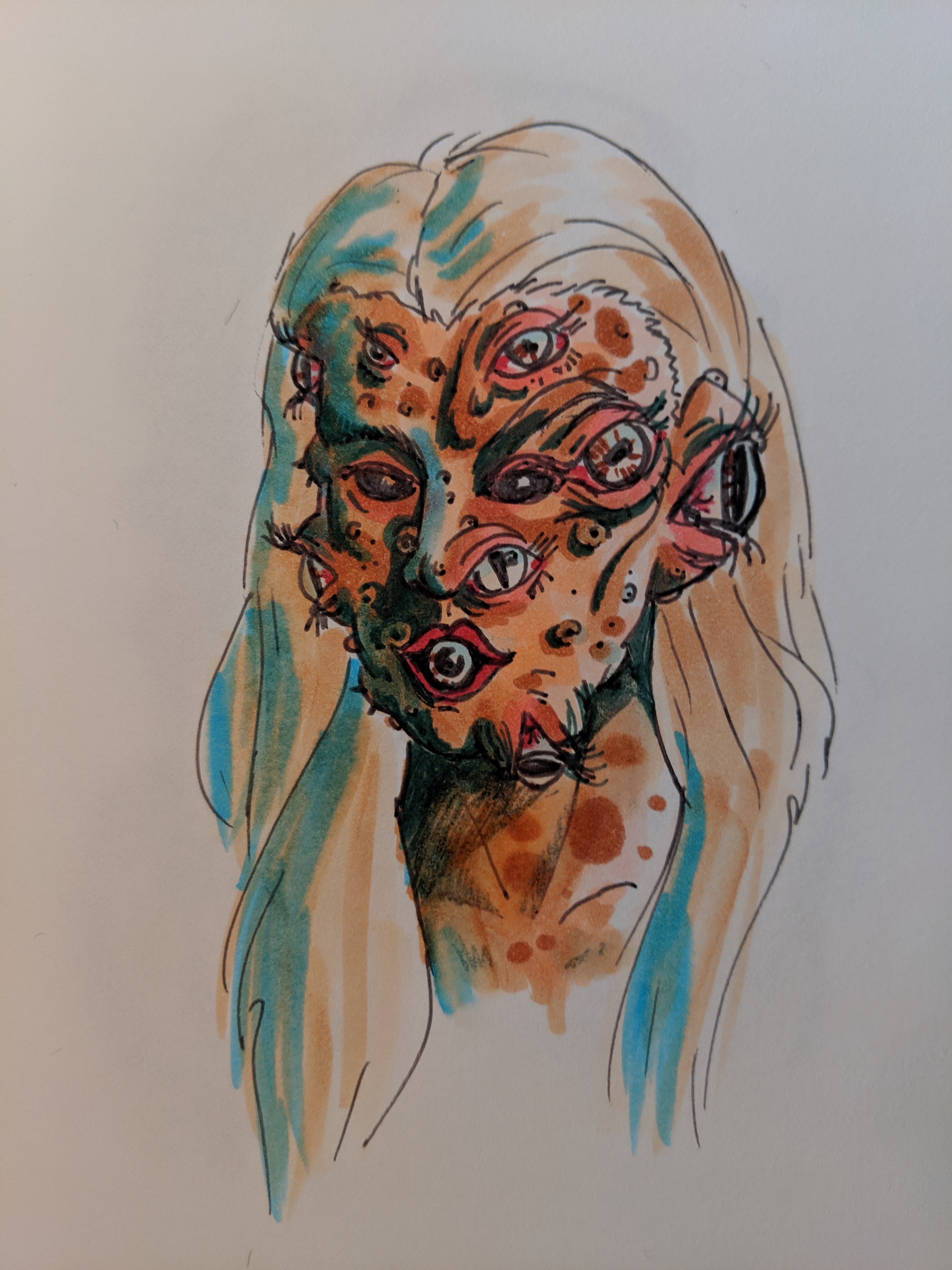