Pip Simon Portland, OR ✭
August 2019 in Character Makeup Contest 2019
The character design for Moss was inspired by Jim Henson works like The Dark Crystal and Labyrinth. The character is a wise cave-dwelling mystic who lives deep within an enchanted forest. I started by making a quick concept art for the character and then began sculpting on my model’s lifecast. To make the eyes plastic ornaments were shaped and sanded using a Dremel. The eyes were designed so that they could pop in and out of the prosthetic with ease. Test casts for the prosthetic were made in both silicone and gelatin. A gelatin cast was used in the final makeup look. Prosthetics included a latex bald cap, the gelatin rat-face appliance, and acrylic teeth. To get the makeup camera-ready the appliances and model were painted with alcohol paints. Faux moss and mushrooms were added as final details. The model was fitted with fisherman pants and a loose linen shirt. The vest and cape were designed and sewn, complete with a satin lining and faux fur trim. The entire costume was distressed and moss was added.
Fabrication and Makeup by me @pip.simon.art
Photos by: @kickassdesign 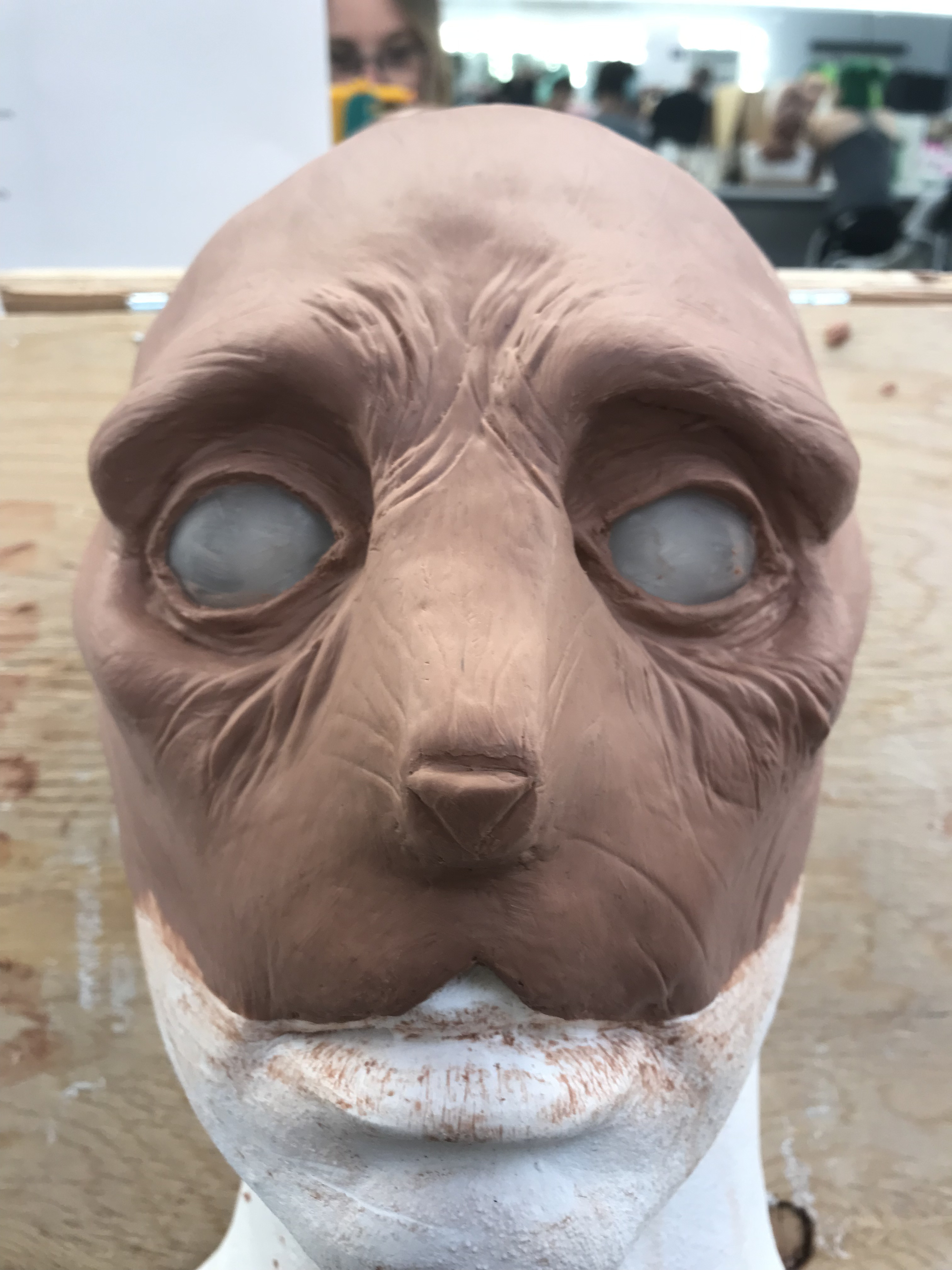