Aigle De Noir was part of a large art display of pirates at my College, The Columbus College of Art & Design.

His back story is basically he was a french prince who was expelled from his country for his less than princely activities.
As a result he became a pirate and made it his mission to pillage and plunder all he could with a keen eye towards anything having to do with France and the royal family.

He is a life size prop, his materials list is as follows:
His head and torso were sculpted and molded as one solid piece with a Slip Latex outer skin and a PVC armature covered by a soft foam interior. His arms are wrapped with Sheet foam to give them some bulk. All hair is artificial and cut from a wig, Rubber Mask Grease Paints for coloring, Hand cast and painted Resin Eyes, and I made dental molds from my own teeth and cast them in Dental Acrylic that was then coated in Epoxy...So yes his teeth age and have gotten worse over the years

I commissioned his Bandanna and Shirt from a seamstress I knew as I have zero sewing skills though I provided the design and picked out the cloth to be used. 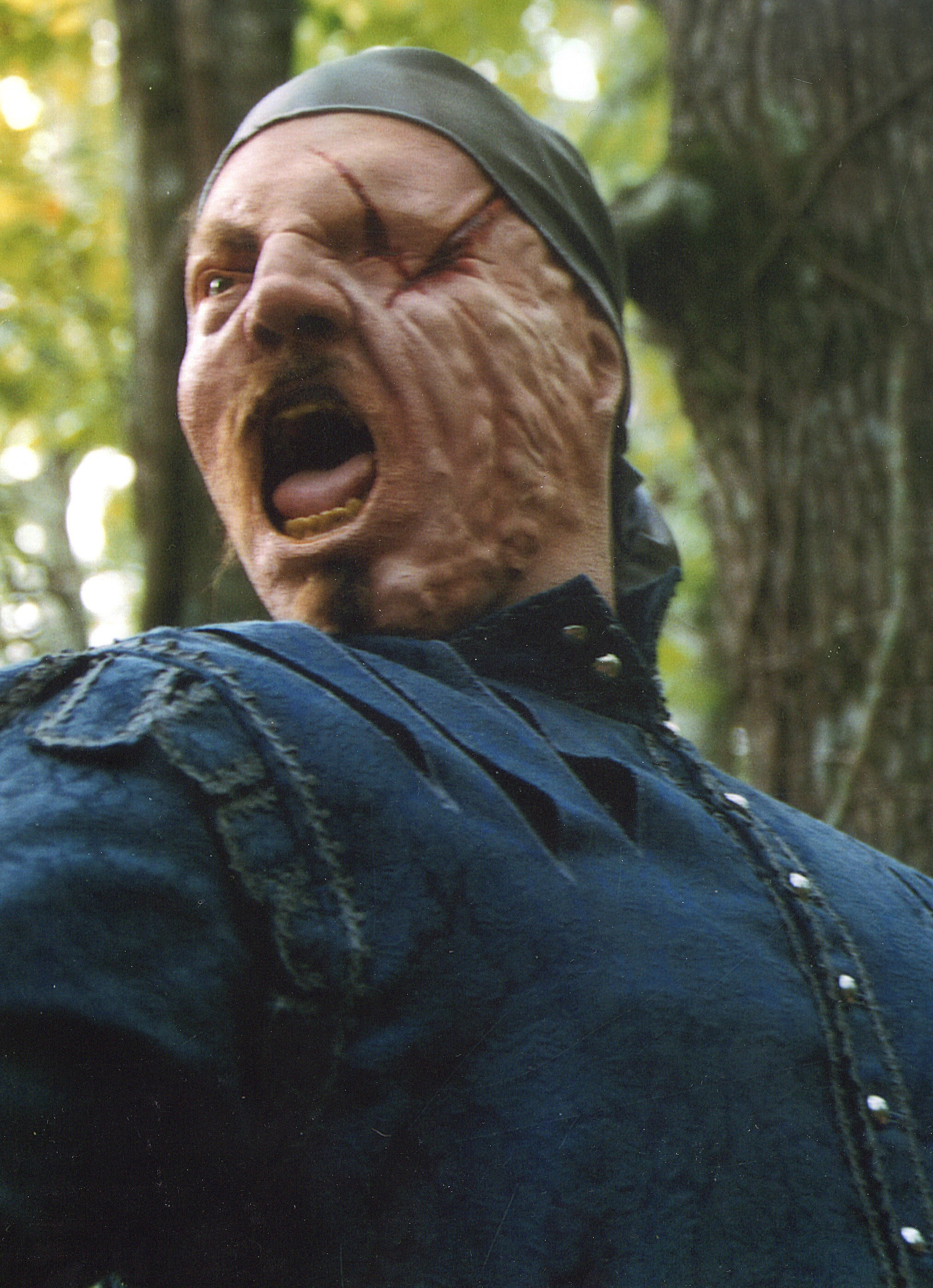 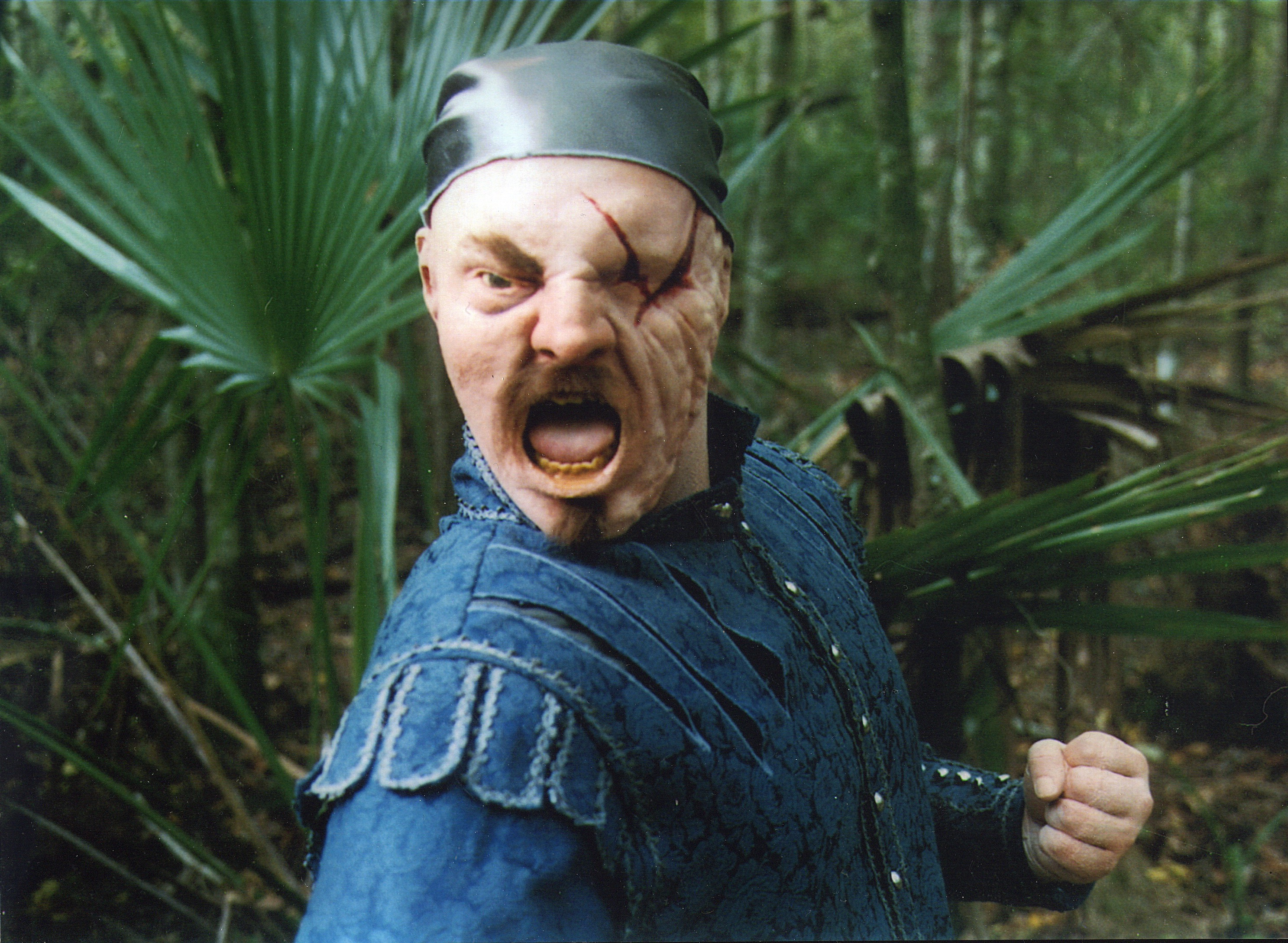 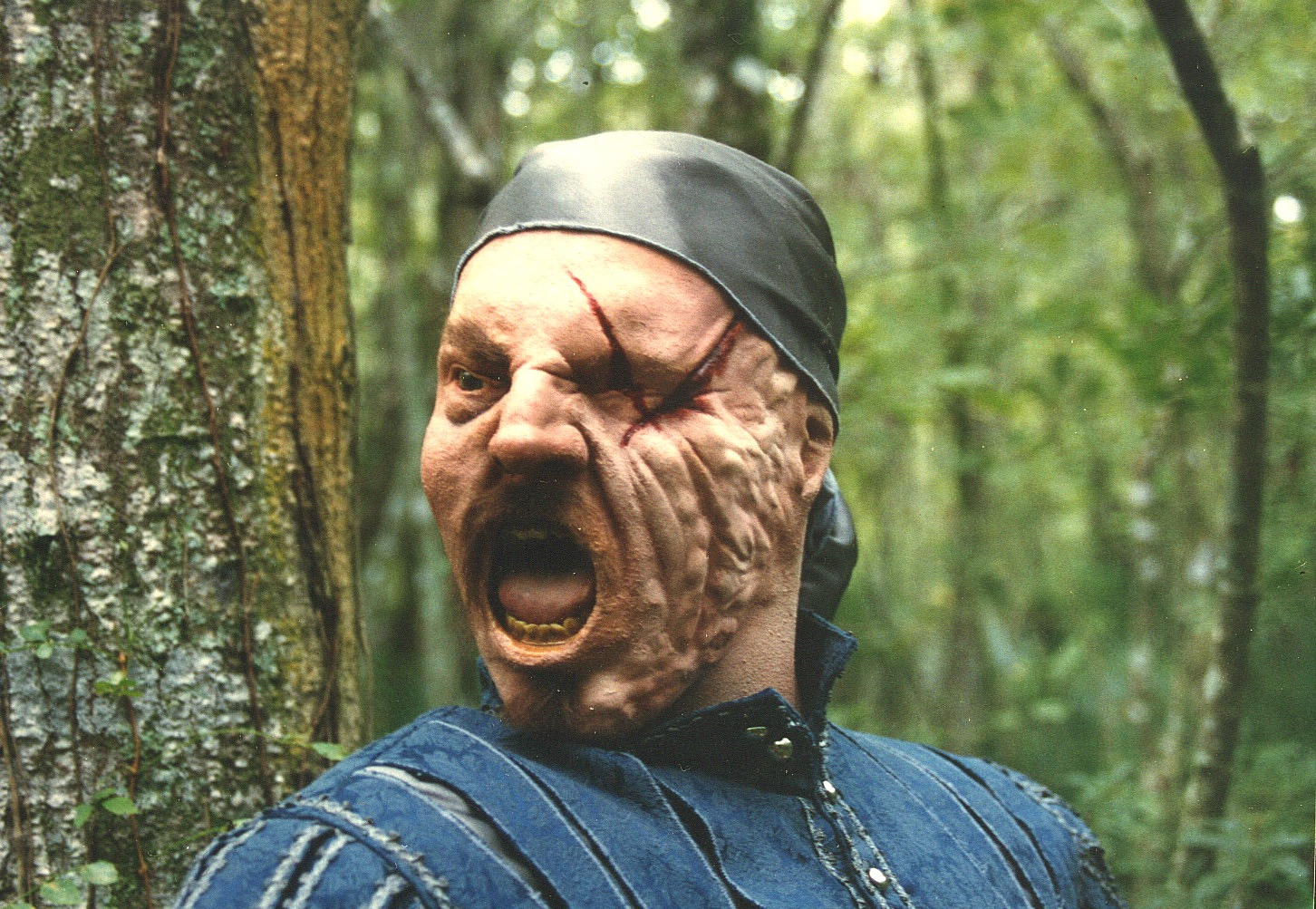 I had also carves two flintlock pistols and made the barrels from PVC pipes and the remainder of the parts were sculpted by myself. I made silicon molds and pulled cold cast resin parts for the additional metal parts of the gun. I no longer have the guns and can't find any images other than this for the butt of the larger pistol. 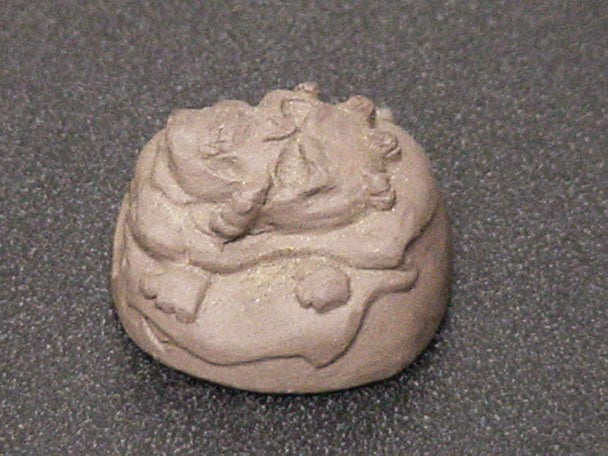 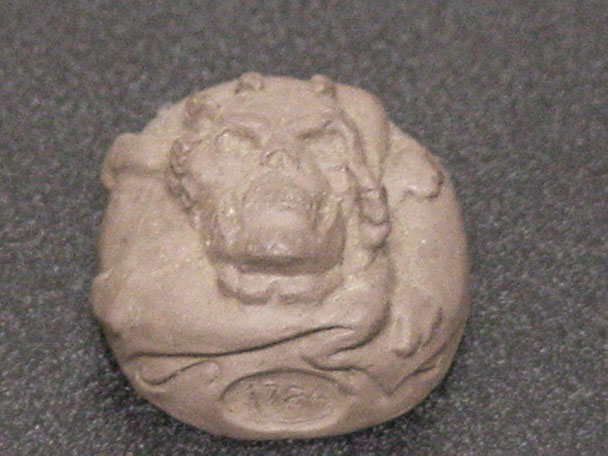 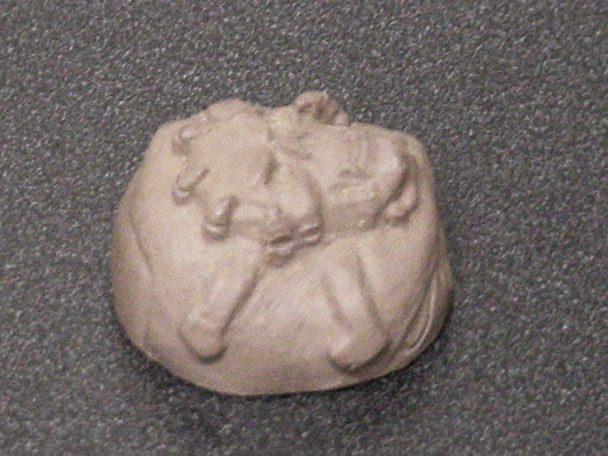